B
1.) I believe we wont get aerial creatures in JWE.
2.) I had some thoughts on some difficulties that might arise if aerial creatures would have to be implemented in JWE. I think it raises interesting questions and challenges from a developpers perspective. Thinking about the puzzles that might arise is quite fun. This article is for the folks who like puzzling with me, just for the sake of that. 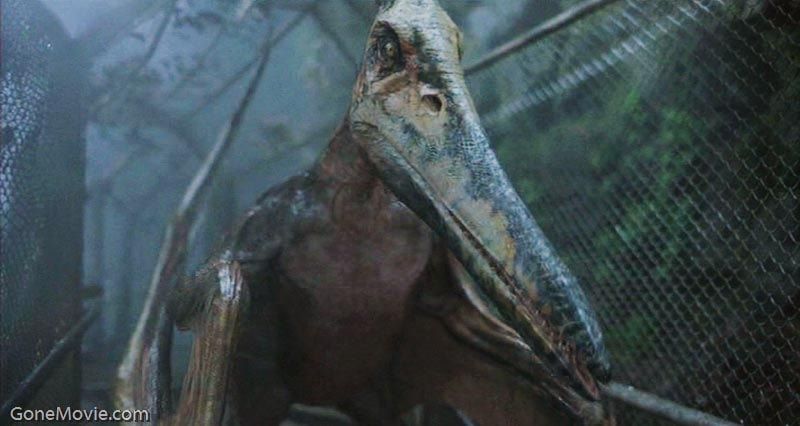 Movement:
A free moving object that still is able to interact with other objects in a natural looking way is superdifficult to develop. When in the sky, a flyer should move with high speed almost constantly and the animations should be in line with it (wheeling while gliding takes the full body to bend in certain directions). Else a flyer would seem to wheel on the spot, which totally breaks immersion. Such a complex object is difficult to make.
To simplify this, I dreamed up some considerations:
Eating and drinking:
Fighting:
- locking in combat goes through walking. Then there's different attacks in fixed animations. One move could be jumping up, flapping and pecking the other creature. Another could be simply walking toward the other creature and pecking/biting.

Containment in enclosures:
- if an aviary dome would take up too much memory, a possible solution might be the use of shockbands on the legs. The story then being that the fences of their enclosure (without a roof) contain sensors that deliver tiny, non-lethal shocks to the animals when they get near fences (sensors ignoring altitude and shocking if the creature gets near the maximum altitude scanning range of the sensors). Flyers then learn to never get near fences. Flyers never break out (this saves a lot of implementation problems).
This would mean that enclosures need to have a minimum space in order for the flying animations to take place. In a big enough enclosure, flying animations could take place in different parts of the enclosure: the creature can only take up in places where the flight animation would have enough space to stay within the fence boundaries.

What problems and challenges do you foresee for implementing flying creatures?
Last edited: Oct 27, 2019

Instead of the Pterosaurs being actual entities, they could be building upgrades, going though a limited set of animations (most likely starting and ending in the same location, so that they can easily be randomised).
The straight forward way to prevent collisions is to have all models be part of a single animation, though alternatively it could be that one is randomised, having a ban list for the other animation sets.
Generally though, I think we'd be lucky to get a fixed view point inside it, if it were a building (even with Capture mode, you can't really go through buildings), generally we'd be looking through a small part of it.

Damage to the building during storms would be a main concern, they could just fly into the ether like the current forest macaws, leaving your aviary empty and potentially being expensive to replace/getting a penalty for the escapees, or you could go the attacking people route, though the control aspect would be difficult, especially for smaller pterosaurs like Dimorphodon.

I don't really think Pterosaurs themselves would be that hard to implement, tbh. We already have ingame examples of airborne units (ACU and transport helicopters) and they do pretty well in it (moving over hills and mountains, ascending, descending, etc). Pterosaurs would be most likely similar, but with their own skins/rigs and animation sets.

I think the key point are the Aviaries themselves, should they need to be pre-build or not. I think maybe a not-prebuilt approach would be too much for console limitations and the current map bounds, however ideal they would be, (because they would need to be pretty huge in comparison, although not that huge in the end: check out this thread for further explanation on this).

But, as I've been defending from the very beginning, JP and particularly JW with no Pterosaurs is no JW at all, so I'd rather have pre-built Aviaries than none. And, so, I think two options: the dome-like JW one and the flat, rectangular JP one would be enough for this.

I imagine them working both as most other buildings and as regular enclosures. For instance, you would need to build them as any other building (although taking big crounches of terrain), and would still need to attach a Hammond Creation Lab (which would them become suitably modified for having the pen covered) for animal breeding (since you could still fill them with other land-dwelling species should you want to and provided said species tolerate the available inner space). You would still need to place feeders within, and even landscape the inner space.

I think that could be feasible by having them showing regular skins/animations from outside, while allowing you to enter a separate, phased inside for viewing and management (maybe as a map within a map). Pterousaurs wouldn't likely scape by themselves alone, anyway, and they could have slots for upgrades such as cameras/thermal sensors (for disease or berserker animal warnings), system sensors (for breaches or empty feeder warning) or even stuff management, so as to automate some of the management aspects: automatically calling for feeder refilling, or for animal treatment. Ah, dream, dream...
You must log in or register to reply here.
Share:
Facebook Twitter Reddit WhatsApp Email Link
Top Bottom