L
In my second play-thru (ps4 now after Xbox for years), I’m trying to use different ships than I used on Xbox. I never used the alliance ships, and would like to try one for combat… so I could use some advice. What are the main differences between them? I saw one referring to the Chieftain as a successor to a Vulture, but somewhere else a Challemger described as such. I can look at edsy all day but I’m wondering about handling characteristics and which is easiest to keep on target, and what differentiates those ships, etc?

My favorite ships on Xbox for combat were the Imperial Clipper and Krait mk2, if that tells you what I like. Also, I’m bad at combat in that I can’t fly with flight assist off. I only play solo and pve, and pretty much rely on gimbaled weapons. I’ve had fun using a Vulture here on ps4 but want a more powerful ship.

Oh and I’m avoiding using anaconda or corvette this play-thru, at least for now, because I want to get better at flying and combat.

Well, they all look funny landed.

Chieftain and Challenger are pretty much the same BUT Chieftain handles better/faster than the Challenger while the Challenger has more firepower and armor plus shields than the Chieftain. So you either choose a ship that can stay on target longer or a tankier ship that hits harder. Now the Crusader is worst in all ways compared to the Chieftain and Challenger but it can fit a Fighter Bay (which technically will give it more firepower by a little compared to the other two) & will soon be the only medium sized ship with 4 seats.

I'd say the best would be to look to characteristics : 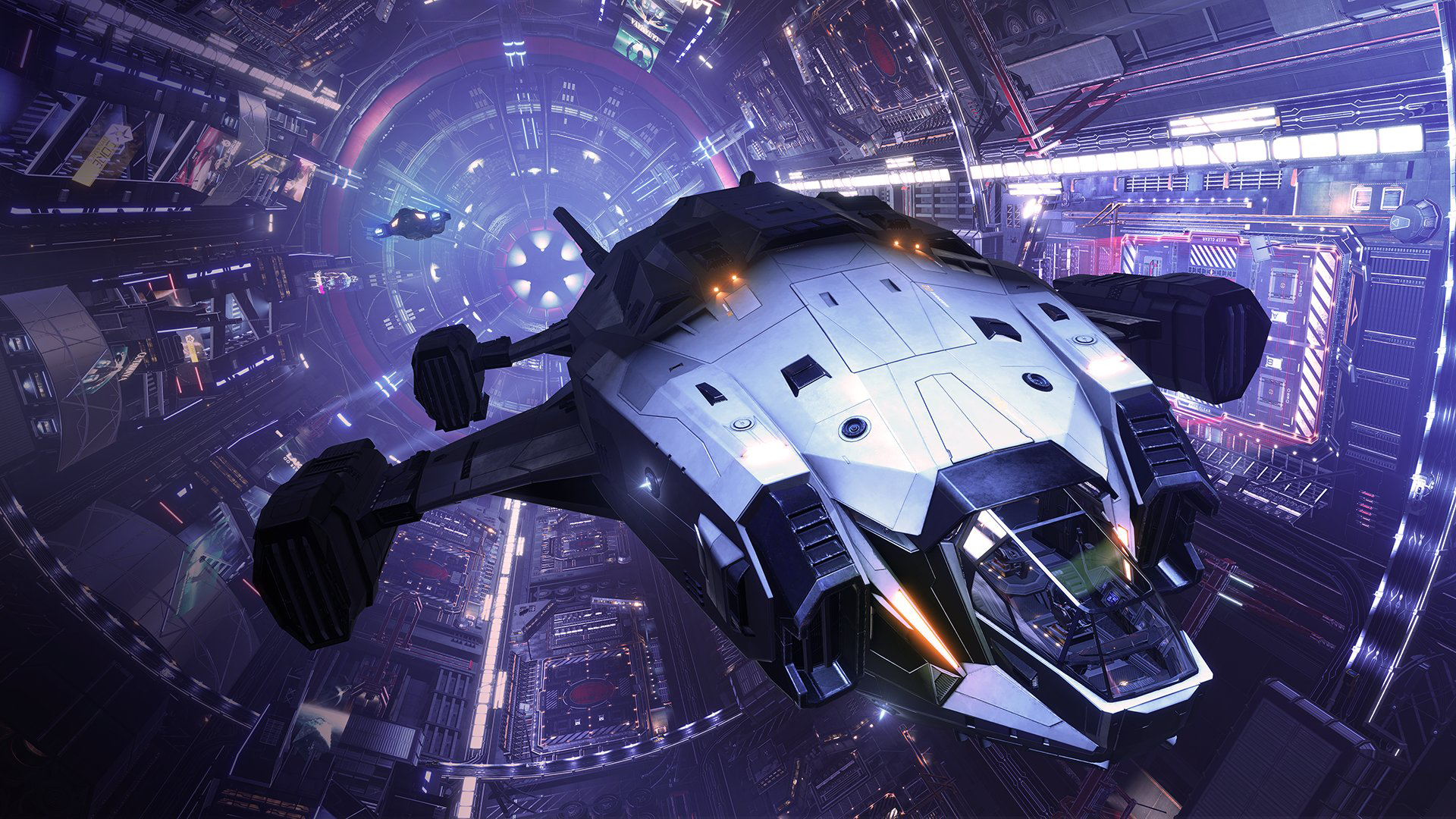 The Alliance Chieftain is a ship manufactured by Lakon Spaceways for the Alliance. The Chieftain is more maneuverable than ships of similar size and weight, allowing it to hit targets hard while avoiding counterattacks. This was designed specifically to give the Chieftain an advantage against... 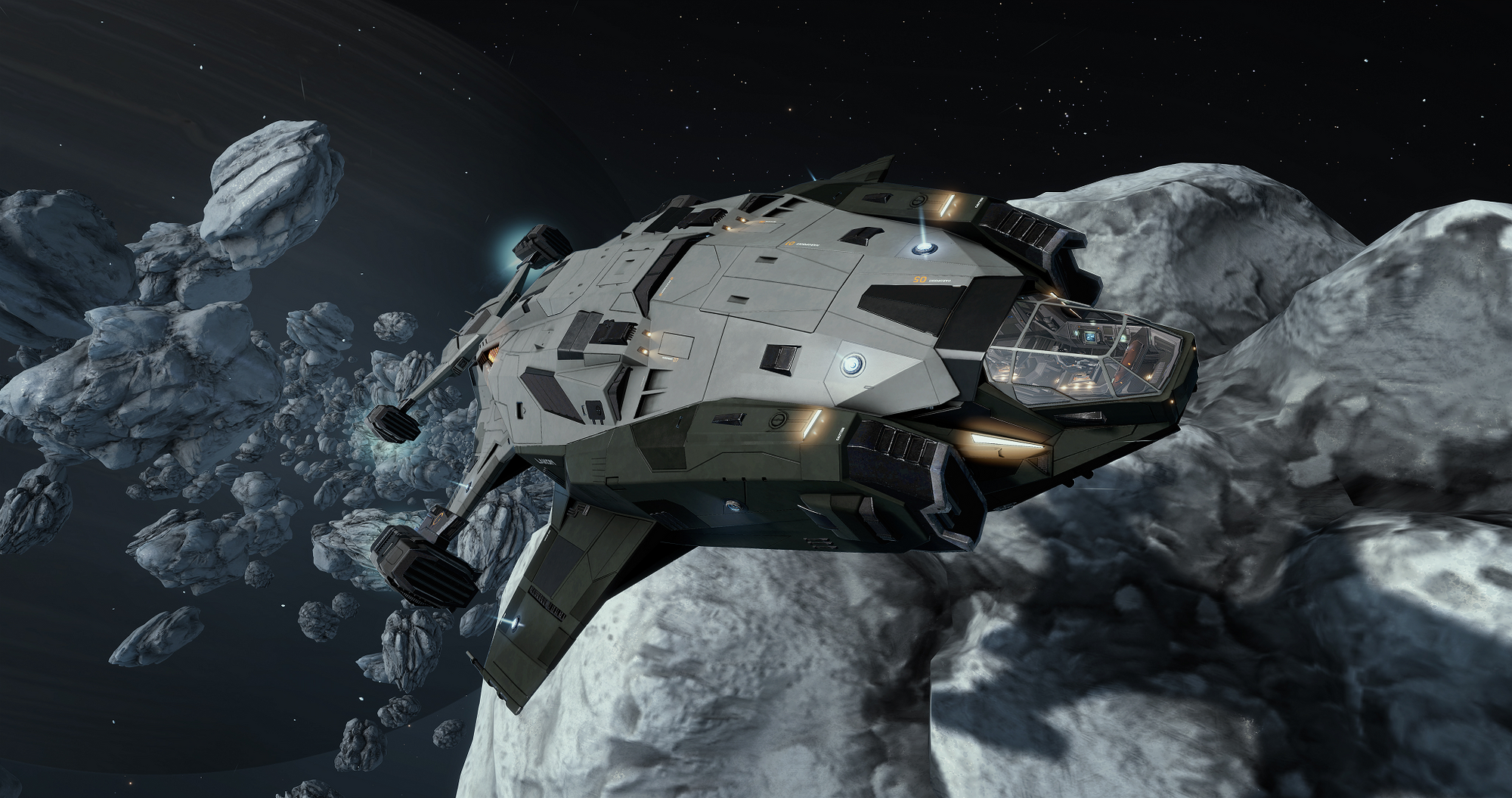 I loved the Chieftain and use it a lot for bounty hunting, but i cannot compare as I didn't try the others.
they main characteristic is their overall maneuverability.

L
Thank you both, that’s the exact type of info I’m looking for. I’ll likely try a chieftain first. I never used a Federal Assault ship last playthru either, so I’m considering that one too.

Liberalguy said:
Thank you both, that’s the exact type of info I’m looking for. I’ll likely try a chieftain first. I never used a Federal Assault ship last playthru either, so I’m considering that one too.
Click to expand...

The FAS is underrated nowadays. The Chieftain is so similar to it but has a little more firepower but the FAS is the best boost maneuverability in the game. So in a 1v1 the FAS will out maneuver a Chieftain if both are boosting.

Chief every time. It can turn on a penny.
A flip boost turn fa off can have u cartwheeling hehe.. fab ship. Designed I think to fight thargoids.
I have one fully engineered for dropship work.
All dumbfires hehe.

Liberalguy said:
Thank you both, that’s the exact type of info I’m looking for. I’ll likely try a chieftain first. I never used a Federal Assault ship last playthru either, so I’m considering that one too.
Click to expand...

https://edsy.org Use this site as well. Has all the raw stats you need for comparison.


Dragsham said:
Chief every time. It can turn on a penny.
A flip boost turn fa off can have u cartwheeling hehe.. fab ship. Designed I think to fight thargoids.
I have one fully engineered for dropship work.
All dumbfires hehe.
Click to expand...

E
When I was considering a ship purely for combat, I also happened to choose the Chieftain. I was surprised how inexpensive such a capable ship is. It's not remarkable out-the-door but, once engineered, Whoa! This ship is a blast! I'm no combat-CMDR either so I also rarely touch FA off (I know, I know!) but I can still easily outmaneuver the gimbals on my weapons and keep up with anything the game throws at me from a Vulture to an Eagle, to...

Such a fun ship. I just wish it could carry as much as the weapons on my Python or (for those of you) a Krait with their larger hardpoints. Maybe I should try a Challenger. At the time I had a definite reason for preferring the Chief. I can no longer remember what that was and my thought process about what's important is likely to have evolved since then.

Edit: it is considered among the best ships for anti-Xeno.
Last edited: Oct 13, 2021

S
And nobody likes the Crusader.

L
I’ve never done anything with Thargoids, what makes the Chieftain particularly good at fighting them?

Liberalguy said:
I’ve never done anything with Thargoids, what makes the Chieftain particularly good at fighting them?
Click to expand...

Metric poop ton of armor. The Alliance ships have ridiculous armor levels. My Challenger puts my Corvette to shame in armor hitpoints.

Oh when fighting Thargoids shields are useless for the most part so you need armor.

Oh when fighting Thargoids shields are useless for the most part so you need armor.
Click to expand...

Ah I didn’t know about shields being useless against Thargoids, good to know! Someday I do want to stick my toe in those waters!

Liberalguy said:
I’ve never done anything with Thargoids, what makes the Chieftain particularly good at fighting them?
Click to expand...

Maneuverability and speed help too. Look for anti-Xeno vids on the Yoo tube. They're fun to watch. You can look specifically for a Chieftain video, a Krait video, etc.


Liberalguy said:
Ah I didn’t know about shields being useless against Thargoids, good to know! Someday I do want to stick my toe in those waters!
Click to expand...

You can dabble in threat level 3 and 4 NHSS* sites where you'll encounter the 'easiest' Thargoid foes (approx two to four of them) and where you can pick up some Thargoid Mats such as propulsion components, weapons parts, etc. if you destroy them. You'll also earn Pilot's Federation bonds for your trouble. Be aware that these little ships will attack you as soon as you arrive but they're comparatively weak and can't mass-lock a medium-sized ship (haven't tried with a small), so it's easy enough to get away after you've looked (or battled) long enough. They do have shield-breach attack but your shields do offer some protection, and they're not very powerful attackers. A typical multi cannon will bring down these ships. *2

If you visit a threat level 5 site, you'll encounter a single 'real' Thargoid ship with a swarm.*3 It will scan you and then go about its business & leave you alone as long as you're not carrying their goodies, as long as you don't attack it, or as long as you don't try to pick up items that will be floating around at the site such as damaged escape pods. If you dare to pick one up, be prepared by having a high wake planned so that you can get away.
I have been fooling around in these NHSS sites with my armed-trader, multipurpose Python, just to gather some of the Mats. It's not fast enough to outrun a Thargoid ship and will be mass-locked by one, so a high wake is essential when I steal an escape pod. I have not yet built an anti-Xeno ship.

* NHSS = Non Human Signal Source (a site of Thargoid presence)
*2 meaning not an anti-xeno MC.
*3 You can see how serious an anti-Xeno CMDR I am at the moment; I haven't even bothered to learn the ship names yet.

SlickPBW said:
And nobody likes the Crusader.
Click to expand...

If you can get past the Crusaders lower speed and agility (Cobra 3 vs Cobra 4) it's not that bad and with a decent NPC pilot in the fighter it's got a lot of punch, I could see it becoming the ground combat ship of choice for four Commander teams.

Perhaps something like this https://s.orbis.zone/gqxp swap the fighter for an SRV bay for max ground assault.

For me the Challenger's tankier approach is preferable but the Chief is a fine ship, although if they had a class 7 PD they'd be real monsters as you will run into the limitations of the class 6 with energy weapons and bi-weave + fast charge shields.

I use a Challenger for short deep core mining runs, scooping manually is easy with it's excellent low speed agility but you can fit collector limpets if required

A ship builder, outfitting and comparison tool for Elite Dangerous

I love the chieftain. It's so agile it can get in really tight to the bigger ships, lock on close and personal and hardly take any damage. I go for NPC corvettes by choice in mine (https://s.orbis.zone/gq-5 - engineering isn't quite right, but it works fine)

Same internals so swap those between ships and fly/try all three. That's how I did. Unlock and try cytoscrambler and/or enforcer

I love my Chief. Never tried the other Alliance ships, so can't compare. I fitted mine with doubleshot frags and beams. She's great.

Unfortunately non of these is really viable for PvP... due to the vulnerable thrusters (they can be hit by any angle) and the exposed canopy. As far as there are no seekers or no hitscan snipers in the instance the Chieftain can hold the line. The mix of hardpoints allows players to create fun and singular builds, mostly based on a bi-weave/hull hybrid set-up... PAs/rails, PACs/frags, FC cannons, rapid fire phasing pulses etc.