(This is a new thread, the previous was locked as it was started by a different account and therefore the OP was not updatable).

Okay, everybody lie down on the floor and keep calm.

This is what the Ancients of Mumu is about. Furthermore known as the JAMs.

I don't know. Why should you join? Do you like the KLF? Did you enjoy the Illuminatus Trilogy by by Robert Shea and Robert Anton Wilson? Do you follow the principles of Principia Discordia as outlined by Malaclypse the Younger? Would you like to belong to a group where the group leaders will make no demands of you? Are you feeling lonely? Are you mad? Then join up!

To enjoy the game. To do what we want. We don't make any demands on our members.

3) You're not really selling me on this group.

Fair enough. There are other groups might cater for what you want. The Ancients of Mumu is mainly a social group.

4) Are there any restrictions on players or play style?

Nope. Play in what mode you like, whatever platform you like, do what you want, although we do hope you will support the Ancients of Mumu faction. The only rule we put on players is not to be a jerk. Being a jerk is uncool. You might want to play some KLF when flying around though, or read the Illuminatus Trilogy while flying to Hutton. You might greet other CMDRs by saying Hail Eris. You might tell people to forget stuff by saying Fnord. You might hold a chicken in the air, stick a deckchair up your nose, buy a jumbo jet, and then bury all your clothes... oh, wait, wrong group.

5) Who are the ancients then?

Initially it was a group created by the FD forum mods. However, times have changed and only a few mods remain members and we are open to anyone joining. I won't post a membership list as it can change and be a pain to update. Just look for us on Inara or Discord.

We try not to be enemies with other player groups. Its not like we have the players to get into BGS wars. We are allied with a number of groups, our main allies are Perez Ring Brewery (AID, the Allies), but we are in principle friendly with anyone.

7) Why did you choose Phekda? It's a complete and utter dump!

Exactly! We wanted a system that no other faction would be interested in controlling. No RES, star ports a long way from the primary, terrible shipyards and outfitting, terrible commodity markets. Its perfect. Long term though, its going to be quite awesome. Check out all the earthlikes Its also fairly central in the bubble, good access to all engineers, not far from Shinrarta, and close to the Alioth as well.

Yeah, we were a bit cheeky asking FD for a system that was locked behind a permit. We sent off our request like other groups and lucky for us, FD didn't notice what they were doing and we got it. Was great for a while, until people started reporting they couldn't get access to Phekda because we were in charge. Silly thing is, it was still possible to get permits (tested by one of our members on a fresh account, and confirmed by other players as well). But players complained, so FD removed the permit. C'est la vie.

9) Why are the Ancients of Mumu a Corporate faction, not an Anarchy?

If you are interested in joining the Ancients, feel free to post here or ask questions. Or join the Discord channel.

"They're justified and they're ancient..."

Galactic Midden said:
"They're justified and they're ancient..."
Click to expand...

And they drive an ice cream van.

Agony_Aunt said:
And they drive an ice cream van.
Click to expand... 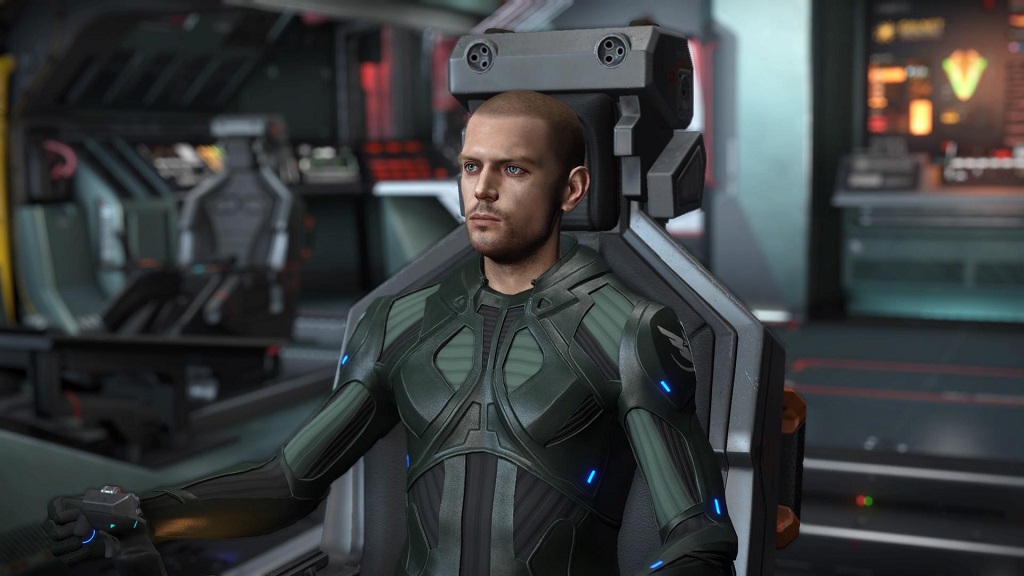 ​
Introduction
CMDR RockSi is the newest member to join our group. However, he is not new to the Ancients. We found him via Inara.cz, having set up his own sqaudron there. He wasn't even aware we were a player faction. He also at this time is our only PS4 player, so if you are on PS4 and want to help RockSi feel less lonely, send him a friend request and perhaps wing up with him some time.

2) Why are you an Ancient?
I'm justified, and at 49 years old not exactly ancient but getting there. I sure do like to roam the land. Originally from a village near Warrington in the UK, I studied in Brighton and currently reside in Mexico. I used to DJ at an indie disco here on Saturday nights, and I would always open with Justified & Ancient and finish with the Bongo Bongo Bongo song from Fallout 3!

4) Which modes do you play in?
Open

5) What are your favourite activities?
I'm an explorer more than anything.

6) What is your most memorable moment in game?
I've had many memorable experiences in Elite. Discovering my first Earth-like out in the void, probably. But I was still pretty green back then and I forgot to bookmark it.

7) What is your opinion of Phekda?
Not answered 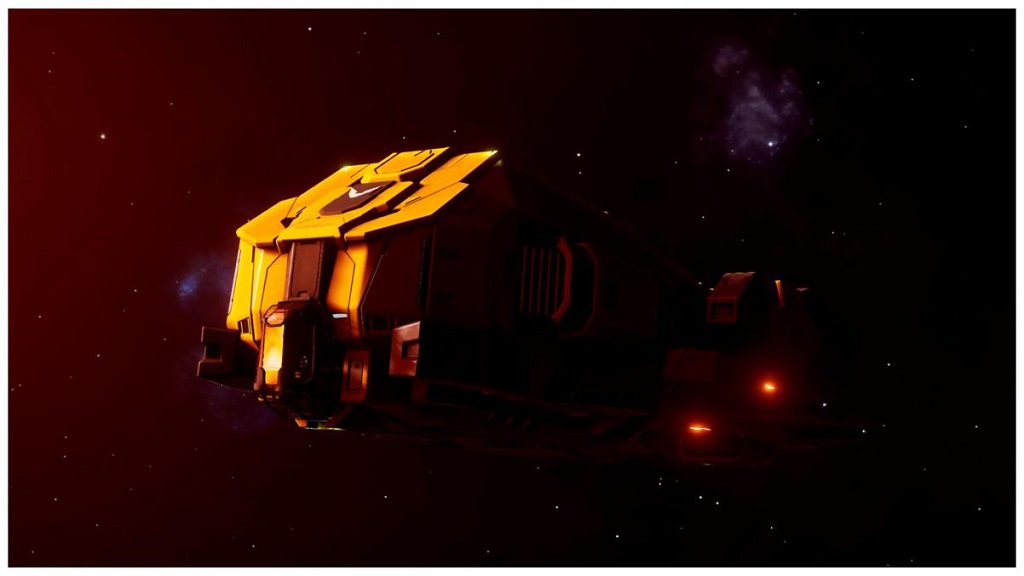 ​
9) What is/are your favourite ship(s)?
My favourite ships are my Python (Venom) and my Krait Phantom (Cassiopeia). They are engineered to perfection in their respective roles. 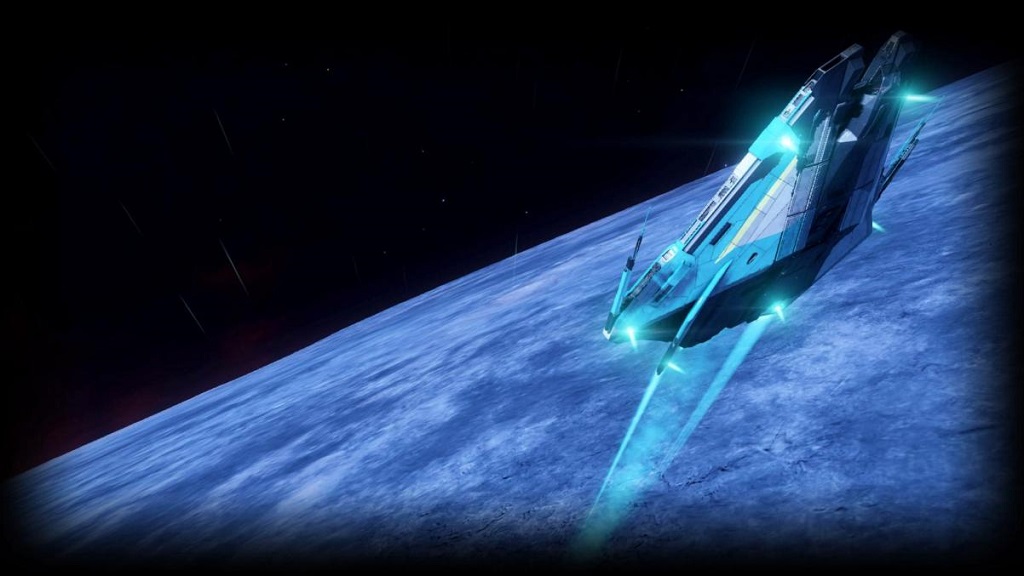 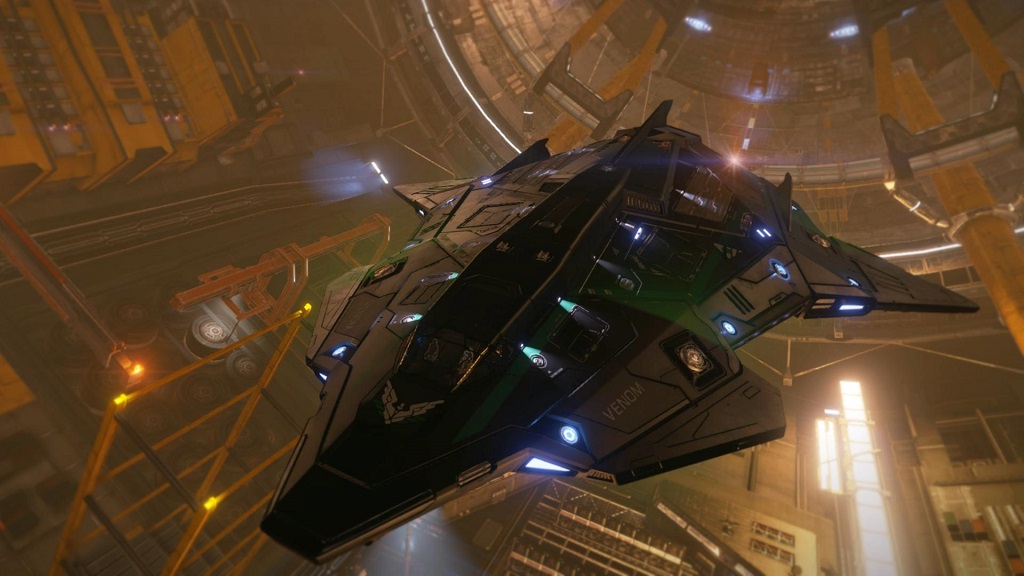 10) What are you doing in game at the moment?
Keeping up the MuMu influence in the system by shovelling biowaste!

11) Do you even like the KFL? If so, what is your favourite song?
Justified and Ancient feat. Tammy Wynette and What Time is Love.

12) Have you read the Illuminatus Trilogy? Fnord!
No I haven't! My favourite books are the Foundation trilogy and their spin-offs by Isaac Asimov and I like Iain M Banks' Culture novels, too. 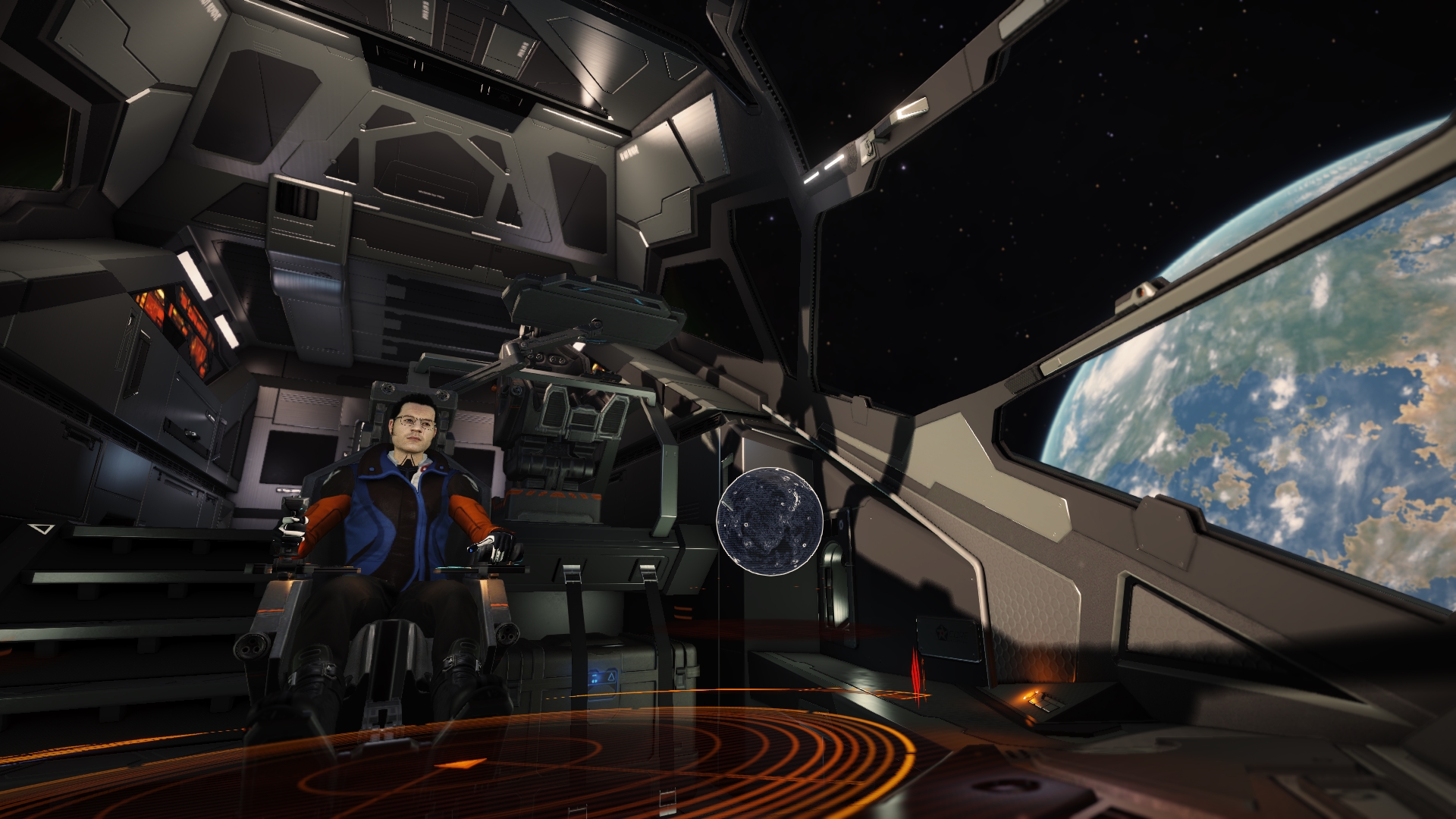 ​
Introduction
So, writing about myself feels a bit like... erm... you know.... forum rules prevent me from using the word. But the other Ancients seem a bit reticient at the moment about coming forward. Anyway, i'm the Squadron leader, at least on the PC side of things.

1) What is your CMDR name?
Cmdr Agony Aunt

2) Why are you an Ancient?
It basically goes back to when the faction was started and it was a PMF for forum moderators. Over time we evolved away from that to be open to anyone. Regardless, i was very happy with the theme of the faction being a fan of both the KLF and the Illuminatus Trilogy. I might have named my CMDR Hagbard Cenline if someone else hadn't already swiped that.

3) What platform do you play on?
PC

4) Which modes do you play in?
All modes depending on my mood, what i'm doing, and level of inebriation.

5) What are your favourite activities?
I've mainly been an explorer in game, but like to do most activities. I enjoyed mining long before the current gold rush and to be honest, i still prefer surface mining to deep core mining. I do enjoy combat a lot as well and often when working the BGS combat is one of my favourite things to do. I'm currently spending a lot of time in my SRV due to the current First Great Planetary Expedition, whereby we are circumnavigating a planet in our SRVs. Its been over a month already.

6) What is your most memorable moment in game?
Well, i think like most players there have been many. I think it has to be though that first day i got the game (during beta), got in my ship and simply went "wow".

7) What is your opinion of Phekda?
Hah, nothing nice to say really, except for the 4 earthlikes we have, which will be nice should FD ever get round to implementing landing on them. Still, home is wherever you park your ship, and that is Phekda.

8) What ship are you flying right now?
Federal Dropship, it makes a very nice SRV carrier. I have 8 SRVs onboard. I've still had to leave the planet once to get a restock though. This is my Dropship - Ford Timelord 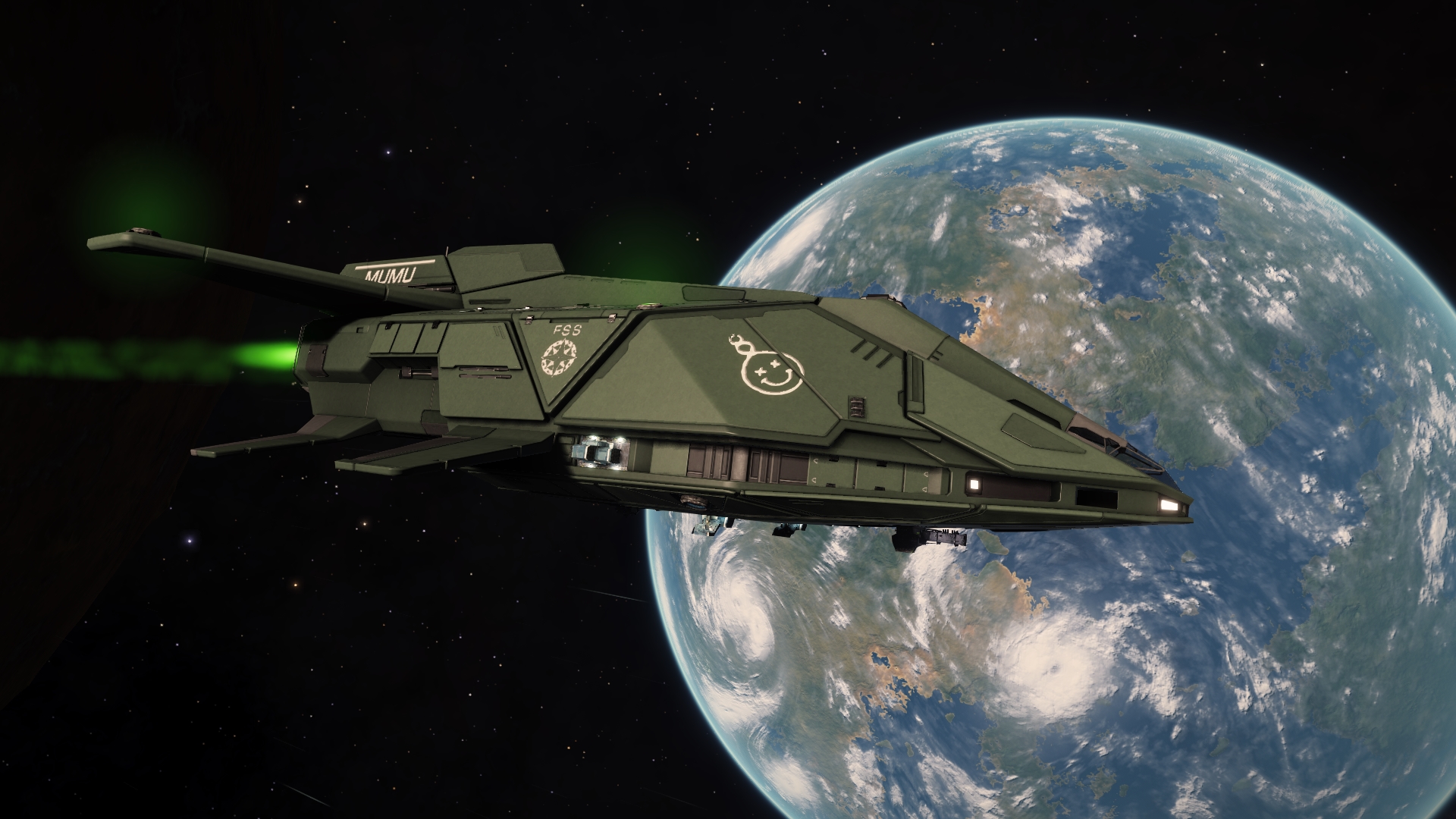 ​
9) What is/are your favourite ship(s)?
A really hard one for me because i keep changing my fleet all the time and tend to have themes. Anyone who follows my posts will remember how i've changed from fleets of federal ships, Saud Kruger ships, Cobras, and other themes. However, nothing can beat the classic, the Cobra Mk 3. This is my current CM3 - Doctor in the Tardis 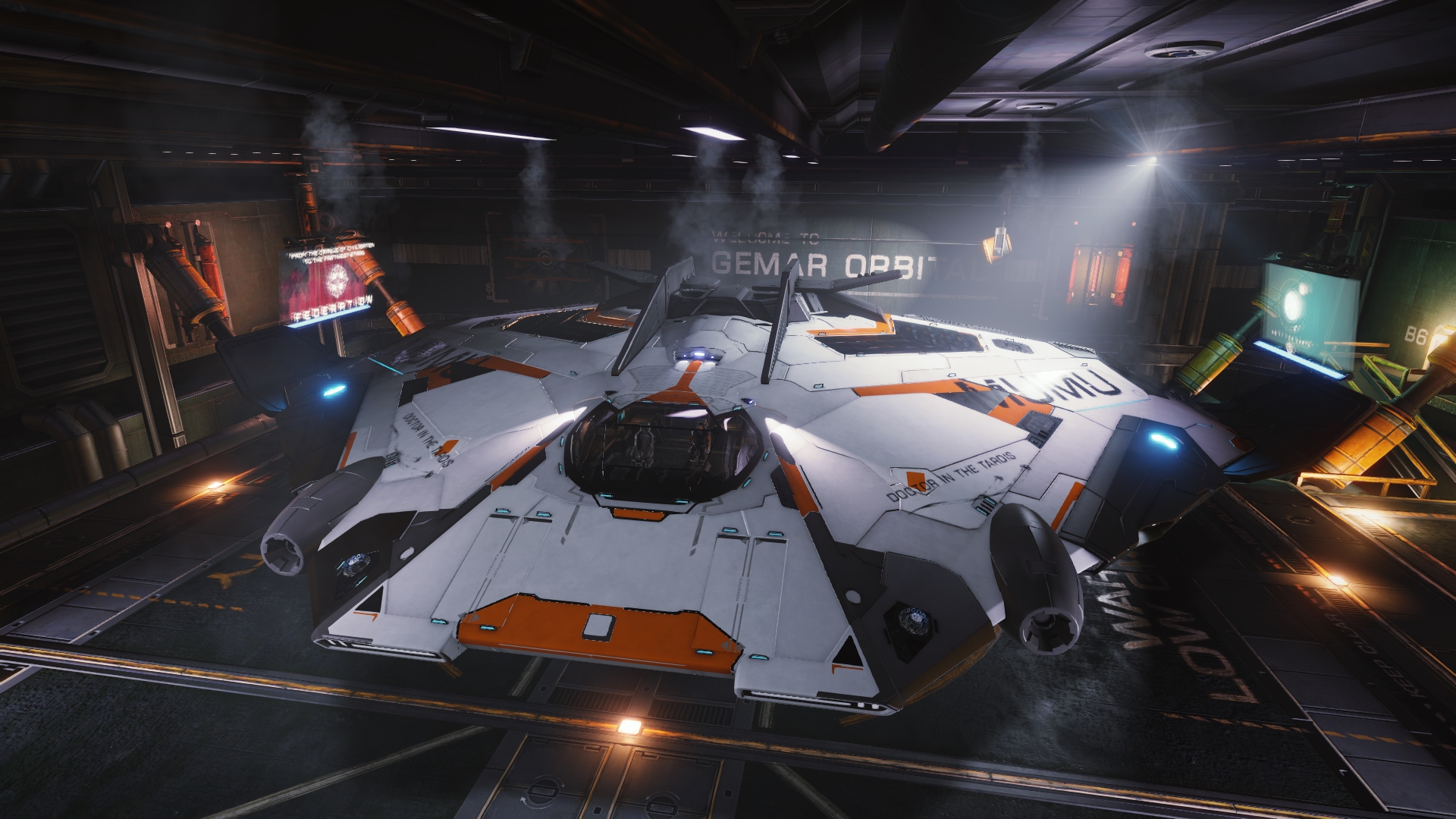 10) What are you doing in game at the moment?
Circumnavigating Kumay in a SRV.

11) Do you even like the KFL? If so, what is your favourite song?
Justified and Ancient is definitely one of my favs. I also like Its Grim up North, Doctor in the Tardis, and Last Train to Trancentral.

12) Have you read the Illuminatus Trilogy? Fnord!
Yes, i read it in my university days while... experimenting. Crazy book and not an easy read. Currently reading Brandon Sanderson's Stormlight Archive books.

T
Phekda Police... In your neighbourhood? 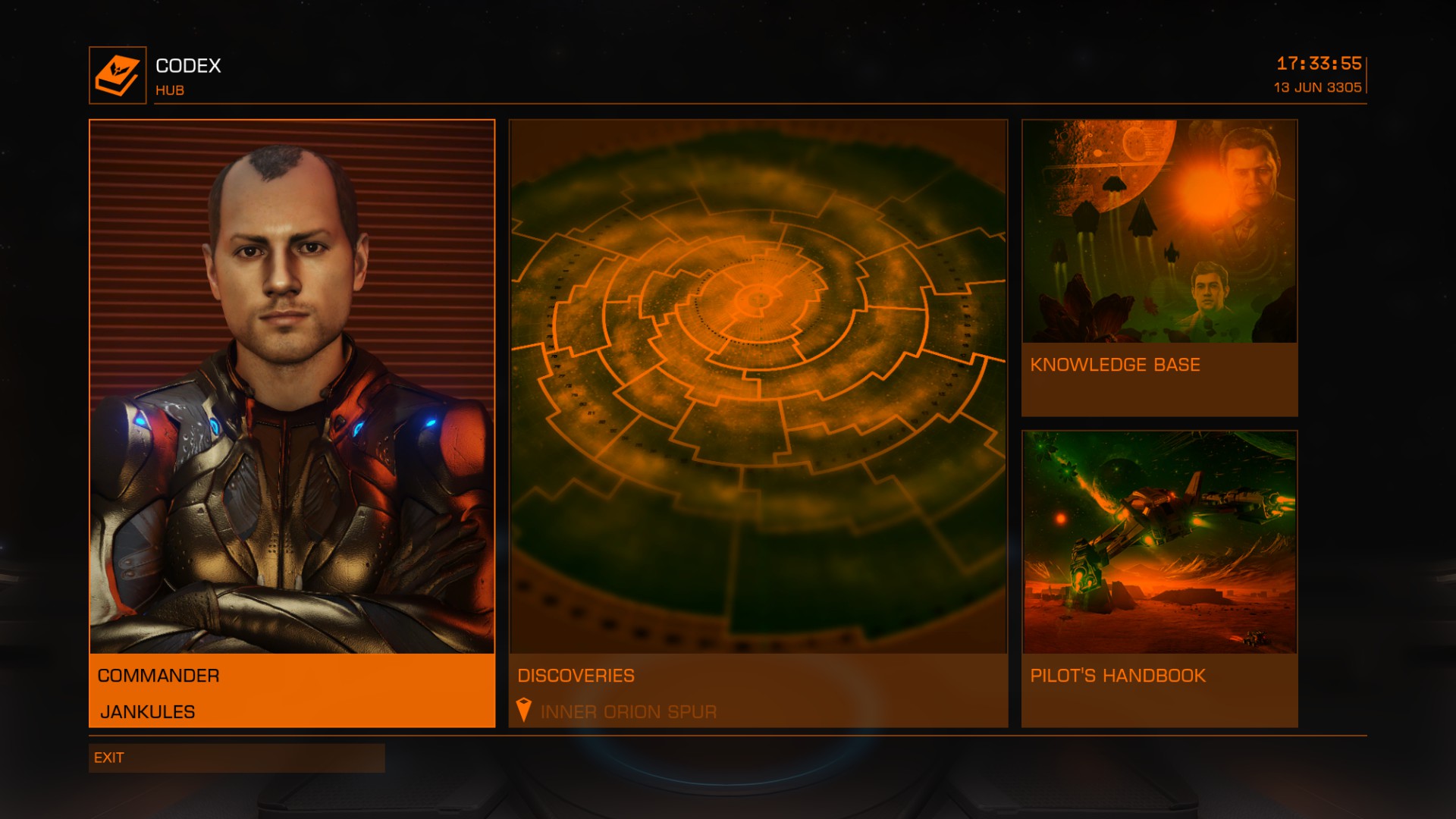 ​
Introduction
After some cajoling, finally got CMDR Jankules to talk about himself. He's one of our strongest assets and seems to play non-stop. He is a monster at working the BGS.

1) What is your CMDR name?
Cmdr Jankules

2) Why are you an Ancient?
I used to play Frontier:First Encounters a lot. I only found out about it on the release date in December 2014. I didn't even know there was a kickstarter. Other reasons i got into it was because of the 1:1 galaxy, 4 billion systems, David Braben, Elite remake (yay). As for being an ancient, Ancients of Mumu sounds so justified, an ideal squadron name.

3) What platform do you play on?
PC

4) Which modes do you play in?
All modes.

5) What are your favourite activities?
Multirole. everything from combat to trade to exploring to missions and BSG, but minning is an exception, I cant do that no...no.

6) What is your most memorable moment in game?
After 2 months of A-B-A runs I got a Python. A rated it...but lost it due no rebuy...lol...almost rage quit...

7) What is your opinion of Phekda?
Phekda is a former permit locked system... our beautiful homeland now

8) What ship are you flying right now?
Imperial Cutter 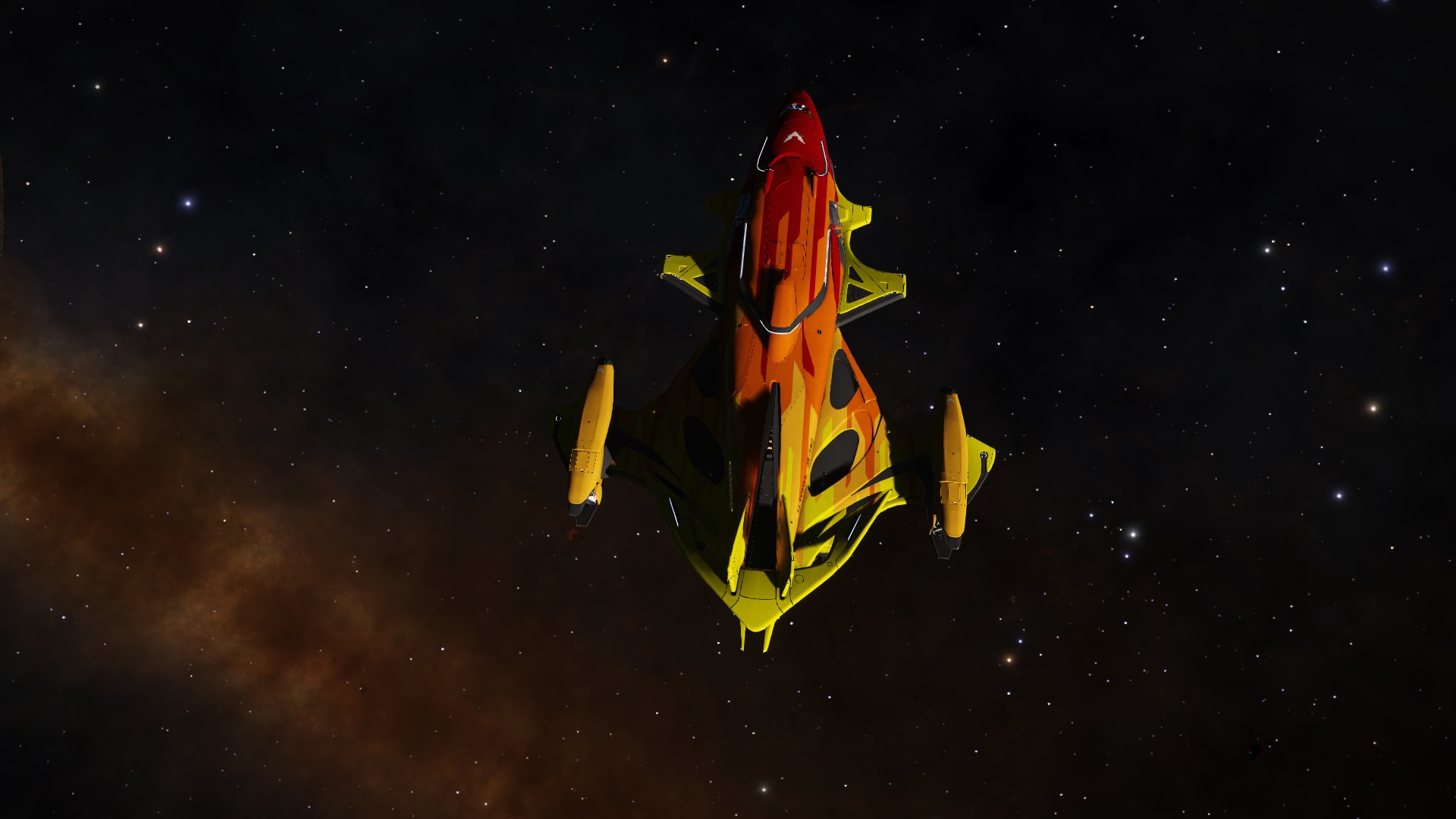 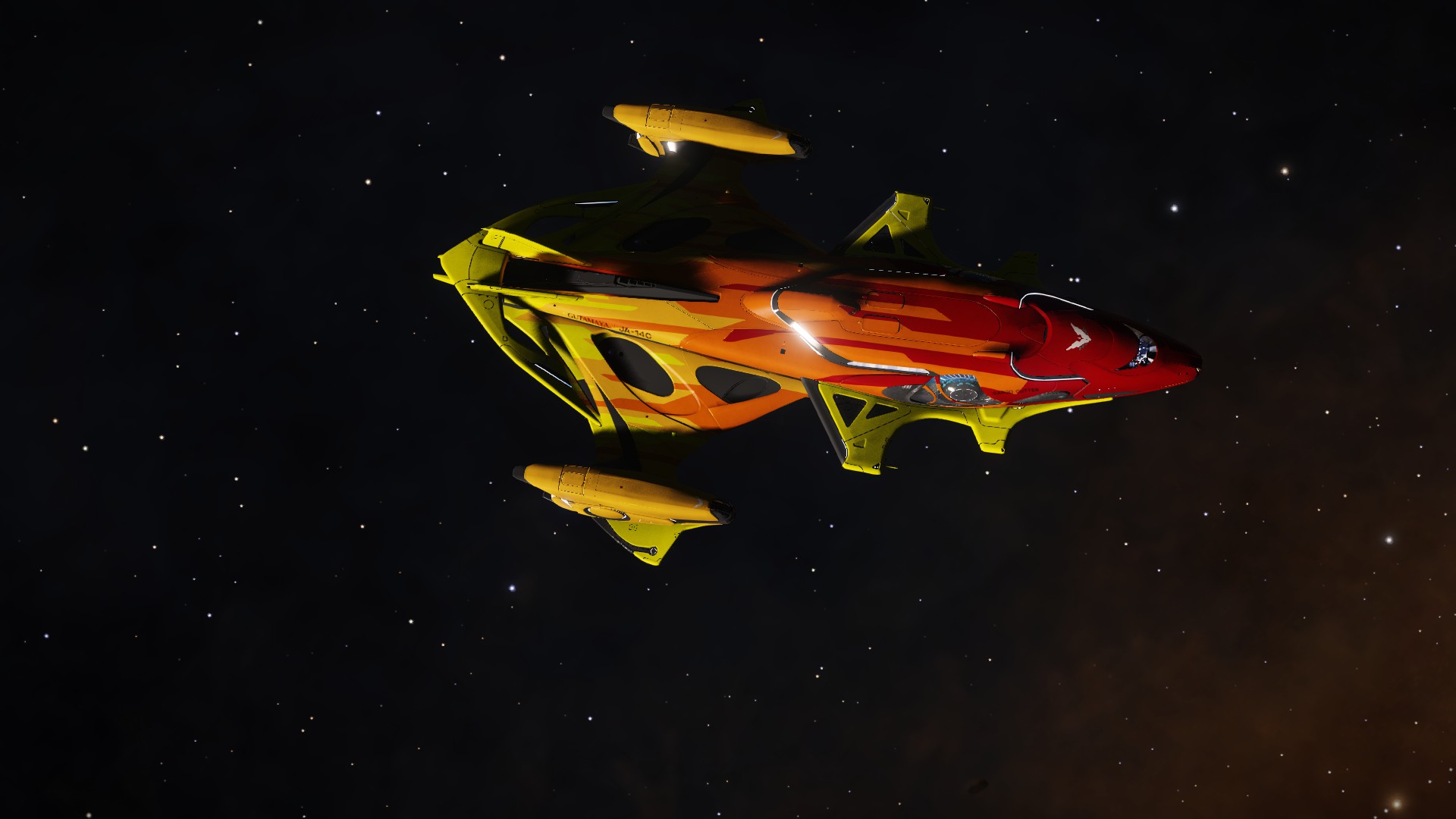 10) What are you doing in game at the moment?
Mapping the bubble.

11) Do you even like the KFL? If so, what is your favourite song?
KLF are the ultimate band, even by today's standards...3 A.M. Eternal.

12) Have you read the Illuminatus Trilogy? Fnord!
I have not...on my to do list...after mapping Raxxla lol.

I'm a member now on PS4. I am literally standing by marmelade, raspberry and strawberry JAMS.

We got a PS4 Squad going again, just look up MuMu to find Ancients of Mumu on PS4 version of Elite, and join us.

Tod said:
We got a PS4 Squad going again, just look up MuMu to find Ancients of Mumu on PS4 version of Elite, and join us.
Click to expand...