Alec Turner said:
I could be wrong (I'm notorious for skimming the rules rather than reading them properly) but I think there's no need to declare, your intended time is implied by what time you take off since you're aiming to just manage to finish on the hour (i.e. if you launch at 10 past the hour then your intention is to do it in just under 50 mins).
Click to expand...

Ok I get the instruction..The end of the race is as close before the hour ticks..you start at your discretion/bravery/stupidity/skill after or on the hour and aim to finish within that slot. I get....."Mom I understand"

OTOH, in Space Taxi, I'm willing to put up with (almost) everything.

And: parking your carrier in Bavarigga as a replacement shipyard is fine, as long as you don't dock on it during a run.

Well now I have flown 4 distinctly different ships an I have a total separation of 60 seconds amongst all of them.

So it appears I will be consistent if not fast!!!!

I can't wait for tonight to get the first runs in! I have a lineup of different ships I want to set times in.
Last edited: Aug 28, 2020

Source: https://imgur.com/a/SYM9jHZ
The idea was to submit to every interdiction and fight, but nobody was DTF (down to fight)

Not only did I get the start time wrong on this one, I also had to travel 27km in normal space to get to a station that should have been an easy gravity brake.

The first submissions are in, and they look interesting. And within this first batch, there's already one very tight run: CMDR NWSpacek managed to nail his ship to the pad with 2 seconds to spare - congratulations.

I'll set up the first leaderboard this afternoon/evening; I intend to go on a small field excursion with The Buur Pit first.

The trusty DBX The Crimson Haybaler has not failed me. Landed just under target time..now how do I post the dammed thing lol. Oh Schickeria class btw.
Last edited: Aug 29, 2020

The race is on.
CMDR NWSpacek submitted four runs and takes first place in both Wir Steigern Das Bruttosozialprodukt and Schickeria class - for now. Unfortunately, his offer to battle all comers in his Federal Derpship was not taken up. 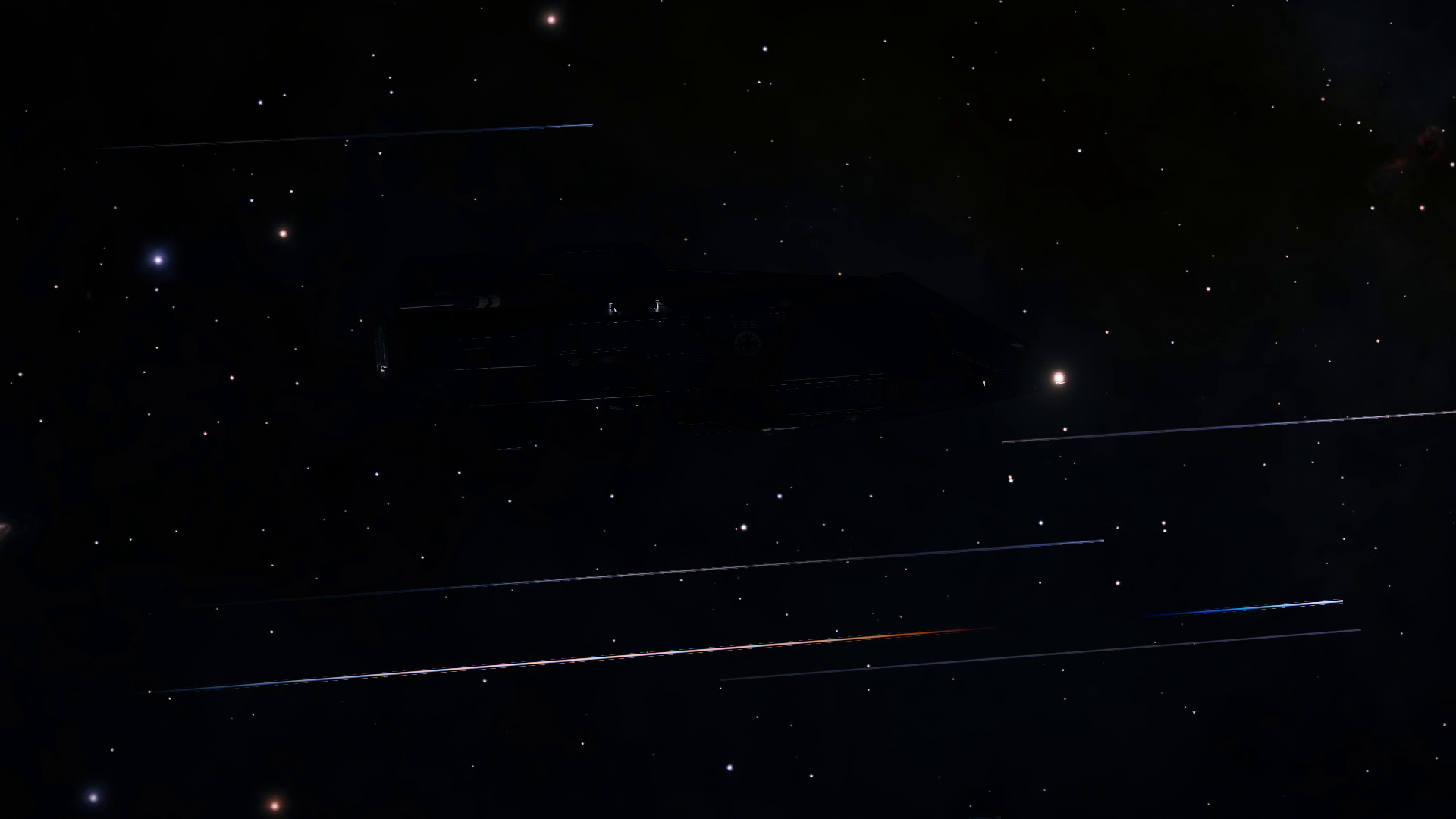 Looking at this glamour shot, I might wager the suspicion that this was due to any prospective interceptors being unable to find him.

CMDR Edelgard von Rhein, for now, takes the second place in Wir Steigern Das Bruttosozialprodukt with William Tell, prepared for heavy competion. Unlike the namesake, though, they were prevented from hitting their mark due to impeding circumstances. Better luck next time, CMDR!

Ok I have posted my first official run. That was an eye opener when not just watching the overall time, you have to watch the actual clock as well. It was fun.

@Ashnak . Have sent a pm with missing evidence...how the hell did I do that?

Fish172 said:
@Ashnak . Have sent a pm with missing evidence...how the hell did I do that?
Click to expand...

imgur is convenient, if you have an adblocker - but sometimes, it can be a real... errmmm... how do I say it without triggering the filter (or the mods for circumventing the filter)?

8
​
The class for real men. Take a basic Hauler, face all adversity and bring back beer. Do you have what it takes? Then show you can do it in a cheap piece of junk. The Hauler will be equipped with just the basics for the job, as it comes from the showroom floor9, but you are permitted an upgrade of the FSD, a cargo rack and an additional fuel tank.

A ship builder, outfitting and comparison tool for Elite Dangerous

s.orbis.zone
You can pick up one of these for example at Moore Dock in Koamu Yi, since Bavarigga has no shipyards.
Click to expand...

That is one utterly disgusting build.
What kind of evil, twisted, sadistic mind could contemplate making us use those?

Coslany said:
That is one utterly disgusting build.
What kind of evil, twisted, sadistic mind could contemplate making us use those?

Speaking of which, here are my entries for today:

And its time for another

Leaderboard Update!​
But first a message from our sponsor: There has been a bit of confusion regarding what is a "valid" entry for the race. In short, "valid" means anything that doesn't break the rules. So an invalid run would be one where you missed a station, or drank dropped too much of your cargo. Exceeding your self imposed target time doesn't make that run invalid - it just settles you with a hefty penalty time (and, possibly, the ridicule of those fellow pilots who didn't dare submit their own little accidents themselves).

​
CMDR NWSpacek continues his attempt to absolutely dominate the leaderboard by submitting another 4 runs. In the Wir Steigern Das Bruttosozialprodukt class, he managed to improve his leading time, despite a pirate interdiction on the finish run. Well played, CMDR.
With another two entries and an excellent time estimate1 for the Watschentanz class, he is now leading in two of four race classes.
Only two? Yes. CMDR Sulu in his trusty DBX The Crimson Haybaler takes the new lead in the Schickeria class, almost 15 minutes faster and with a solid guess for his run time. 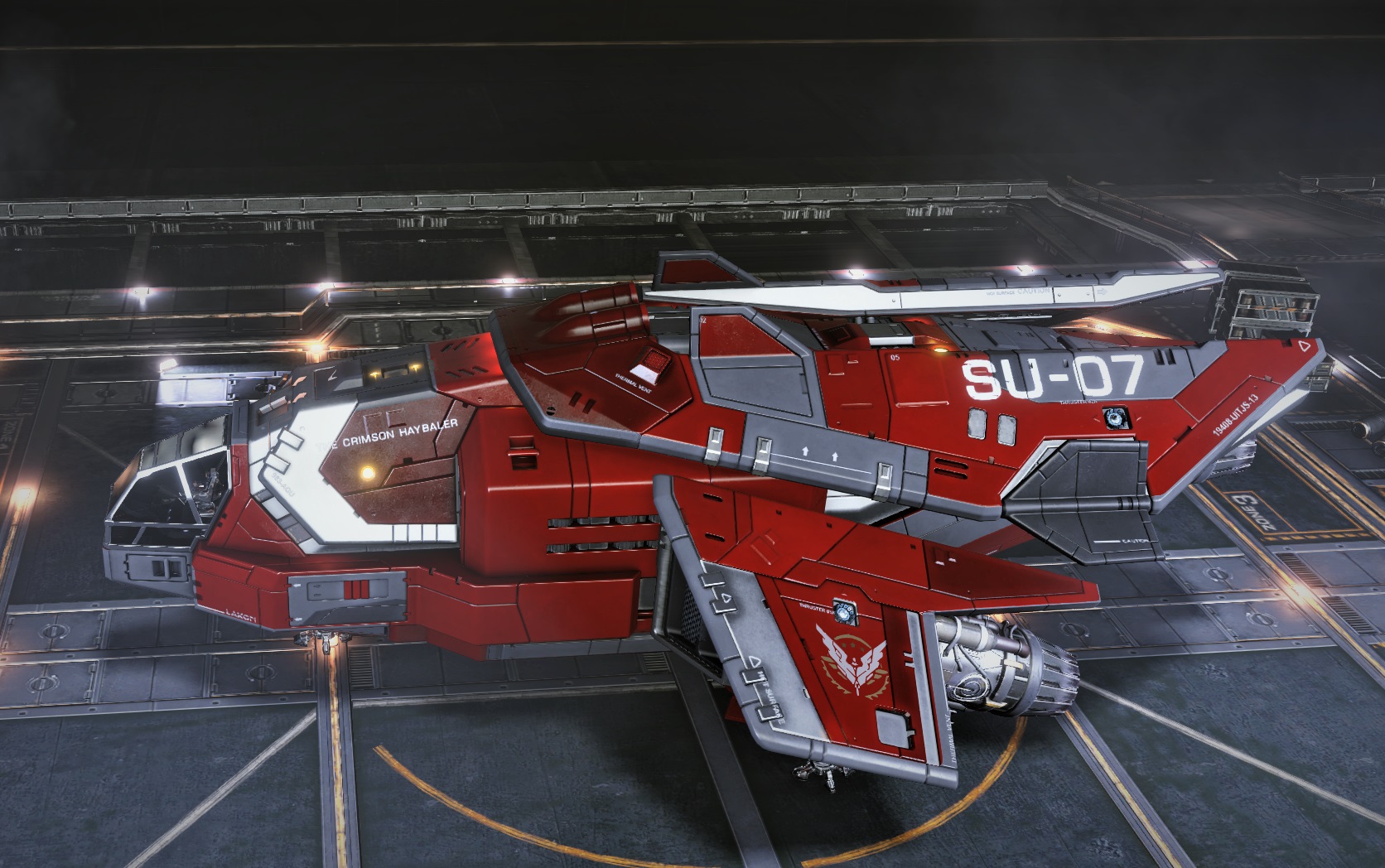 Another organisational note: as the leaderboard is filling up, I'll mask out old redundant entries, i.e. I'll only show the fastest time of each CMDR per class plus any other new entries. I'll show them again all together in the final leaderboard.

1At least in one case. The other was ...unlucky, but not as bad as his attempt to set an overly ambitious goalpost for the Wir Steigern Das Bruttosozialprodukt class

I'm going to make a test run at this either tonight or tomorrow, before racing out to Colonia. Currently in HIP 36601 topping up on synthesis materials for my Colonia & A* Runs - turns out I hardly had any AFMU replenishment materials and I used them all practising NS hopping.

I'll submit the test run, just in case I don't manage another attempt.

I'm planning to do the Colonia Trophy Dash while I'm out there and then either dock at a convenient FC-Taxi overnight or catch a suicidewinder back to the bubble. So should be back in the bubble before the weekend.

Run submitted. I don't think I'll be troubling the top guys in this one!

For the record I used an ASP-E with 4D Thrusters / 3D PD.