Open Unlimited Class
Only two runs today in Open Unlimited. The first sees CMDR Ikaru Sulu swap his Krait Phantom for the ever popular Diamondback Explorer. In his DBX The Crimson Haybaler, Ikaru managed to trim around three minutes from his previous best and moves up to 3rd place.

In the second run of the day CMDR Cookiehole took to the course in his iCourier Crater Creator. His run is currently place 6th and is the fastest run that doesn't make use of Guardian FSD-Boost technology.

Nuk's Kamikaze Cup
CMDR Cookiehole's open unlimited run might have been hampered by the lack of a booster, but he made full use of Crater Creator's engineered, enhanced thrusters to accumulate a huge time-bonus of more than 55 minutes. This leaves Cookiehole setting on a lead of around 15 minutes over Alec Turner.

Also in the Kamikaze cup, CMDR Dr. Nagi has finished unloading a full setoff evidence of his earlier open unlimited run in Chankk Saotome, which qualifies the run as a Kamikaze entry, with a time-bonus of over thirty seconds.

S
OK, so completed a scouting run, as I didn't have some system info to bookmark stations, and to plan route in case of obscured jumps etc.
Hopefully actually have a go tonight, for what it's worth.

Also you can paste on PS4, it's a bit fiddly, but it will be faster than typing 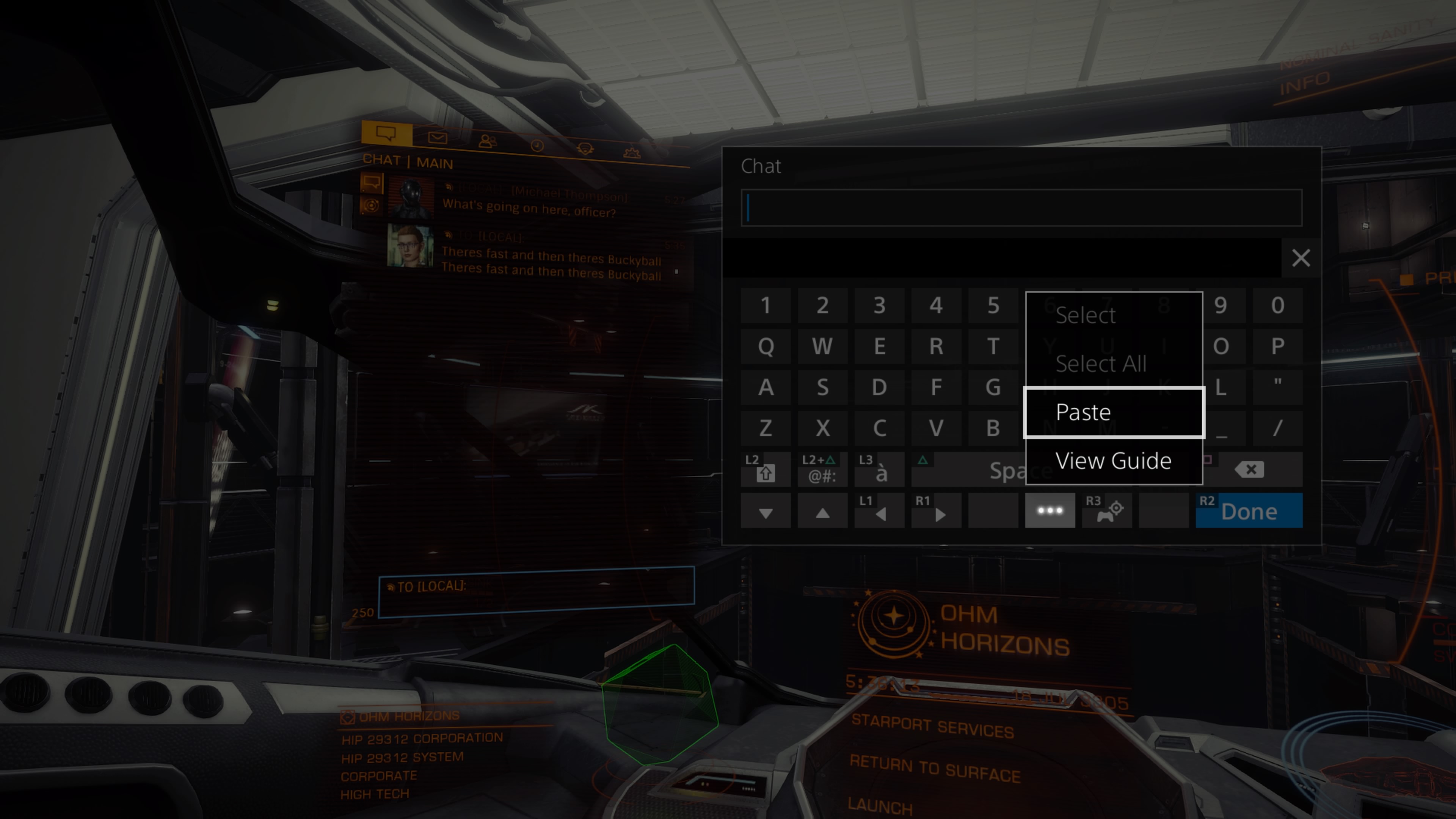 My first run of the day I think epitomises my approach to Buckyball Racing.

So, my Krait Phantom doesn't have a hope of challenging the podium for Open Unlimited because of its lack of range and it doesn't have a hope of challenging cookiehole's Kamikaze run because of its lack of speed. Nevertheless, despite my stated intention to beat cookiehole what I want to do today more than anything is improve on my previous run in the Phantom ... because I know I can. That's Buckyball for me - not winning, improving.

So first run is another push at Open Unlimited / Kamikaze with the Void Star and I have to say, partly due to a tweak to my route, partly due to the Barnards Loop Squirrels Nest tip (which works a charm) and partly due to just flying better, that it's a doozie which I'm entirely satisfied with. The only thing that went wrong was the boost into Stargazer which left my ship wedged inside a cave right at the back of the asteroid which cost valuable time trying to get out of again. I can live with that tho as overall the odds of improving on this run seem remote.

My next order of business is to restore the Void Star back to it's original function as my Void Opal miner - thank god I took screenshots of my outfitting, fire groups and module priorities prior to stripping this thing for racing. Dear FD ... please can we have the option of storing an entire loadout!

That done and back at Shinrarta I have a decision to make ... get the DBX and take a proper crack at Open Unlimited or get the iCourier and see if I can beat cookie's epic and frankly quite daunting Kamikaze time. Incidentally, it really isn't fair that he can take a long break from the game and then just rock up like that and casually breeze straight back into first place ... not fair at all!

About 10 mins later I'm back at Ohm in a shieldless Bananery Fandango and off we go again. As I'd hoped, this ship (which is basically a chair strapped to an FSD) strips 4 jumps (aka 4 minutes before I've even started) off the Seven Sister return trip and a fairly flawless non-Kamikaze run leaves me with a very satisfactory time indeed.

Hmm, now what? Tempted (scared?) as I am to fetch the iCourier I'm sorely tempted to take a shot at Kamikaze in the Mamba. The fact that this ship hasn't been tested in a Buckyball Race yet seems almost criminal.
Last edited: Jul 18, 2019

Alec Turner said:
Hmm, now what? Tempted (scared?) as I am to fetch the iCourier I'm sorely tempted to take a shot at Kamikaze in the Mamba. The fact that this ship hasn't been tested in a Buckyball Race yet seems almost criminal.
Click to expand...

I'm sorry to correct you: Wiccan Ware Race, 4th place in Open Unlimited in the Lapse Of Reason II.

Ahhh, you're right, bravo sir! (I still might do it tho).

@Alec Turner if it's any consolation @cookiehole felt he was pretty rusty. I think he's hoping to improve his run quite a lot.


cookiehole said:
I've now managed to do an iCourier Run. It was a mess.
Click to expand...

Raiko said:
@Alec Turner if it's any consolation @cookiehole felt he was pretty rusty. I think he's hoping to improve his run quite a lot.
Click to expand...

Alec Turner said:
Ahhh, you're right, bravo sir! (I still might do it tho).
Click to expand...

Please do! It's worth it. A bit like going to a race with this:

It probably won't win you any prize, but everyone will turn your direction nonetheless.

Wow I thought I'd done really well, but still 2 minutes behind Cookie...

I'd agree with Alec that Cookiehole's ability to come back after such a long break and completely destroy the field is somewhat sickening Only joking obviously, very good to see that the racer's instinct is still intact. I did make a couple of mistakes on my run so I know that I can improve my time, but I think it would have to be the perfect run to challenge Cookie.

The biggest challenge I have with this course is the couple of stations that are not in orbit around a planet, and in particular Stargazer, because Copernicus is so close to the main star that SC deceleration isn't really an issue. But I have always struggled at getting the timing right to approach quickly enough to stations like Stargazer. Once I get within a few Ls away then I end up sitting at 6 seconds so that I don't massively overshoot, and it feels like it's taking an age of the Earth. Definitely an area I can improve on.

Ozric said:
I'd agree with Alec that Cookiehole's ability to come back after such a long break and completely destroy the field is somewhat sickening Only joking obviously, very good to see that the racer's instinct is still intact.
Click to expand... 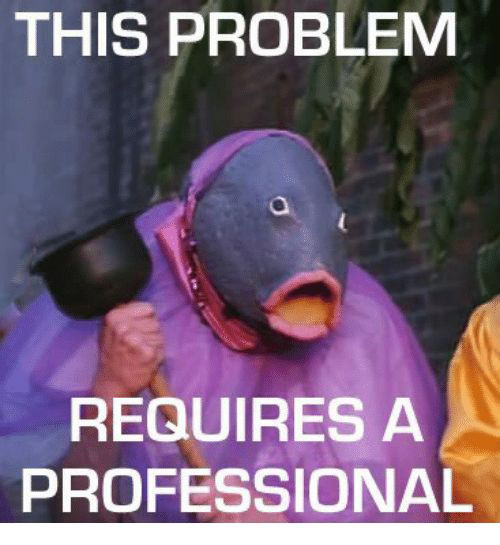 Currently running unsafety checks on the Bucket Of Bolts and Spirit Of Shenanigan. Unsafety levels should be nominal for Buckyball application in a matter of hours.
Last edited: Jul 18, 2019

@Ozric - nothing to see, move along

It has come to my attention that there may be some more disruption to the Pleiades area, and you might want to pay care to the extra traffic you're likely to encounter around Obsidian Orbital.

Thargoids have launched an attack on Professor Palin's research base in Maia, the base has been evacuated. Canonn council have been notified. There are reports of lots of scouts, possibly interceptors, and rumours of Megaships too. I think it's safe to say that there's going to be a lot going on there today at least.

So I was thinking about the race a bit. Well, racing in general. I like to fly the courses and I enjoy the fun of the group activity, but I don't really have the true heart of a racer. I'm definitely more of a hobbyist.

Looking at cookiehole's results, he apparently had about 55 minutes of bonus time. That's more than twice the bonus time I got.

That means that when I thought I was going fast, I was actually going about half as fast as him.

Say that a couple times to get the true meaning

Codger said:
What I think of as "fast", he thinks of as "half fast."
Click to expand...

It's more like what you think of as "fast", he thinks of as "I was doing just as good as any other, then I had a very lucky run at the last minute". Invariably. Just wait for Sunday evening.

A squadron with the name "Half Fast Racing Club" might be in the cards.

Codger said:
A squadron with the name "Half Fast Racing Club" might be in the cards.
Click to expand...

What I enjoy most about our races, and what I fell in love with in @ElectricZ's Buckyball Runs, is that it doesn't matter if you're "double fast" or "half fast" as long as it's fun. Once you make your second run your main opponent is generally your own best time.

And there's always a big mix of racers, from total novices to Cookiehole and Alot. There's commanders racing every kind of ship (especially Crotalus), there's experts and hobbyists (I'm definitely one of those too!), it's great in open seeing other racers, but nobody cares if you prefer to race solo. And whatever your time, there's always someone close by to either try to catch or stay ahead of (I've mostly tried to compete with Alec and Drakhyr in my head, because they're usually a bit better than me, but not in a different universe like Cookiehole and Alot). Then at the end, there's all those videos where you can see how someone else pulled off a trick so much better than you thought possible.

I've tried a couple runs on my laptop and my 4g connection (I'm on the edge of my carrier's coverage area, even unlimited data pretty much blows) but the results were not worth even posting.

So from home in VR only it will be, I'll have some time to make a few runs Sat & Sun, hopefully get off the bottom of the leaderboard...

Raiko said:
@Alec Turner if it's any consolation @cookiehole felt he was pretty rusty. I think he's hoping to improve his run quite a lot.
Click to expand...

Wish I was that rusty!!

Well so far 4 attempts at a run and every single time interdicted. Would not mind but never have the fuel to carry on either..gawd
You must log in or register to reply here.
Share:
Facebook Twitter Reddit WhatsApp Email Link
Top Bottom