Made another music video of the SRV stage from my 1:11:02 IronBucky run.

I've removed the previous content of this post until I see what happens in Alec's new PC/console racing thread.

Regardless, I'll be identifying leaderboard entries by platform from now on - the registration and submission forms now ask you what platform. To the best of my knowledge all existing IronBucky attempts have been on PC.
Last edited: Oct 15, 2019

I will also throw my hat into the ring for the Iron Bucky Challenge.
CMDR Name - Captain-MD
Class - Unlimited
Ships - Anaconda (The Great Jumper) + Mamba (The Iron Mamba)

Ok am seriously considering it,so run the srv section (which is my worst bit) in 25 minutes without repair or refuel..I am warming to it I really am.

Definitely having a crack at this, novice style ;-)
Cheers!

Quite a few runs attempted, but mostly failures - the cookiebots have been out in force, often flying in orange sidewinders it seems.


By the way, the "cookiebot attack!" choice on the failed run survey is there to cover any kind of game crash - anything from a never ending hyperspace tunnel to your PC / console dying.

I've been really busy, so I've not updated the leaderboard yet. Sorry, should have time tonight or first thing in the morning. 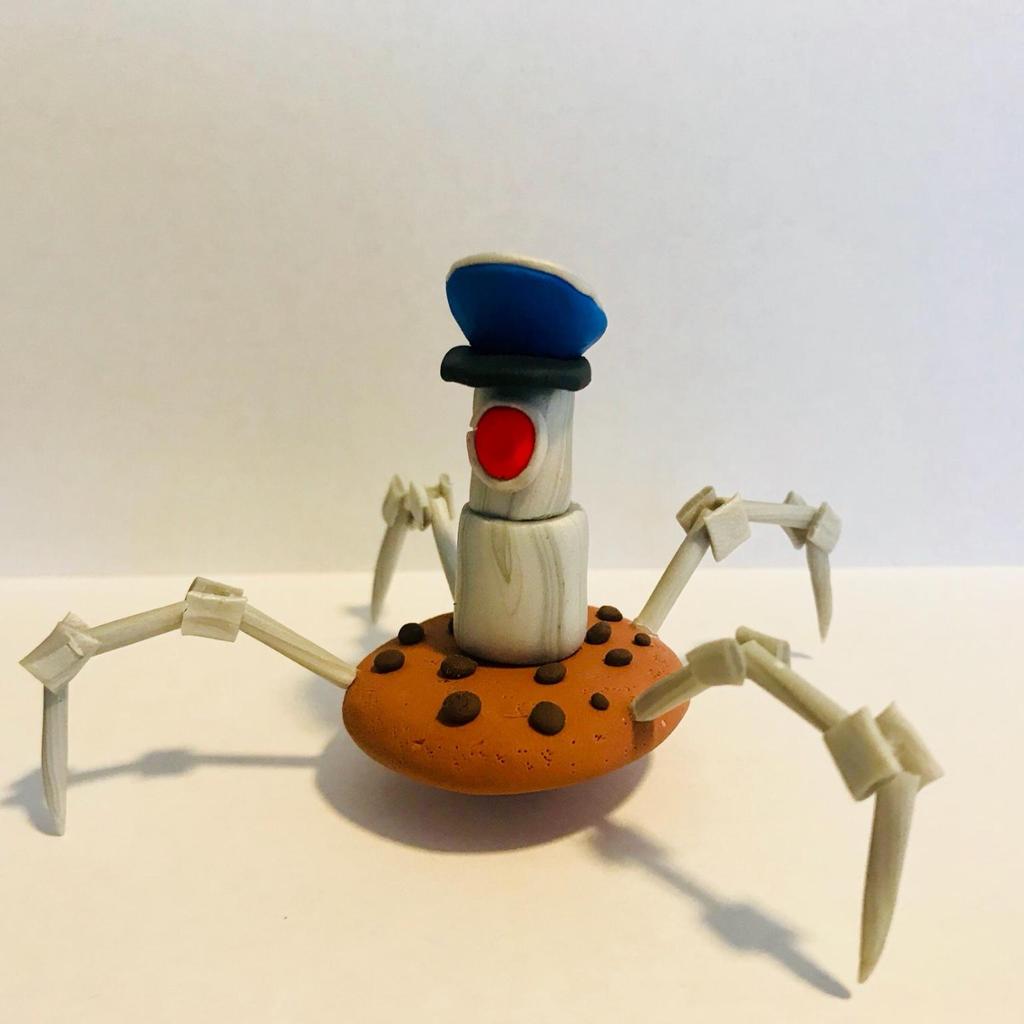 Damn those orange sidewinders to hell and back.

Okay, so in amongst all those exploding SRVs and Orange Sidewinders launching cookiebots, there have also been 3 successful IronBucky runs.

The first was one of six IronBucky attempts by CMDR Captain-MD using an unorthodox 2-ship combo of his Anaconda The Great Jumper and his Mamba The Iron Mamba. Racing Condas are an unusual sight at Buckyball events - other than the A* Challenge - but are well suited to the Bubble Tour section and what's not to like about racing in a Mamba?! o7

Captain-MD logged a great time of 01:17:11 placing him in 5th place on the leaderboard. This included a nice 18:17 SRV time despite needing to make a single pitstop at 1% hull.

Captain-MD broadcast his runs live, to the delight of Little Nuk, who enjoyed watching all those SRV booms from the comfort of his seat in the corner of Lonnigans in Weyl Gateway.

Both the other successful runs were from IronBucky regular CMDR Bruski. The "Fastest smuggler in the Galaxy" had a bad time with his first run thanks to forgetting to refuel and a couple of obscured jumps, but his second successful run was much more Bruskilike...

​
...CMDR Bruski made it around the Triathlon in his favoured 2-ship combo of iCourier Varangian Lightning and DBX RazorBear in an excellent time of 01:10:06 to retake the IronBucky Trophy.

The leaderboard has now been updated to include the platform used, so Little Nuk is waiting with baited breath for the IronBucky Challenge to claim its very first console victim. So far 60% of PC runs have ended in failure. 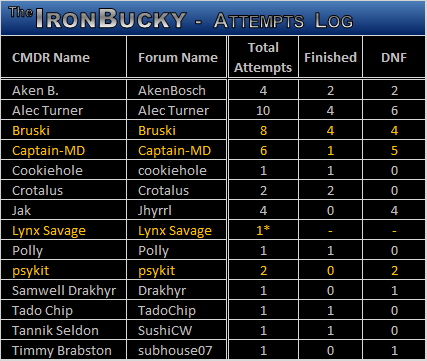 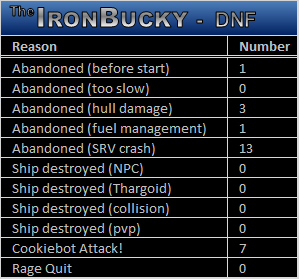 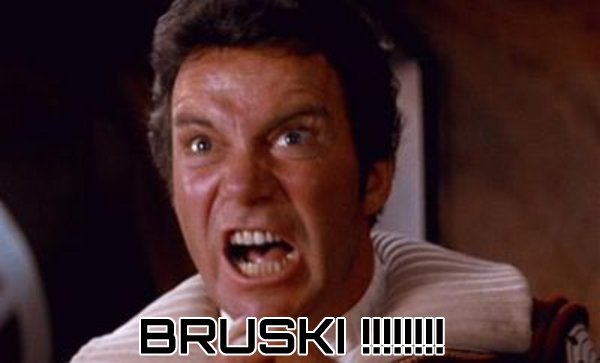 Well first attempt and no losses...wont be threatening the leaders though...but survived. Will submit later or tomorrow morning.
I think the two ship method may be quicker though after all.

Called over Celeste (Icourier) and Haybaler (DBX) these should serve better..now any tips on driving srv quicker will be gratefully received as it has always been a weak spot for me.

Fish172 said:
Called over Celeste (Icourier) and Haybaler (DBX) these should serve better..now any tips on driving srv quicker will be gratefully received as it has always been a weak spot for me.
Click to expand...

Alec wrote a great Sag Eye article about it: https://www.docdroid.net/iA7Q4da/issue-17-january-3305.pdf

Ok after careful changes and a test the Crimson Haybaler did the bubble tour fifteen minutes quicker..this is a dammed site faster. Now lets push that courier a bit!

I ain't asking, but I think I can guess.

Well had a really rubbish time...Frontier decided that the server needed to drop me out plus for some odd reason my courier decided not to dock at the starport but 7km away and insisted it was destroyed until I boarded it and persuaded it that it was in fact alive and well. Go figure. Then after the server glitched a second time it put me 168,000 ls from Brash. Overall not great so a time of less than 2 hours is not as bad as it sounds.
You must log in or register to reply here.
Share:
Facebook Twitter Reddit WhatsApp Email Share Link
Top Bottom