Here's a catalogue of the nebulae in Elite's galaxy, divided into three categories: generated nebulae (I), generated planetary nebulae (II) and real nebulae of both kinds (III). There's extra information as well, such as galactic regions, which real nebulae have unique models, and so on. Originally, I would have gone with the generated ones only, but then I included all of them, hence the name: Catalogue of Galactic Nebulae. You can find it at https://docs.google.com/spreadsheets/d/1uU01bSvv5SpScuOnsaUK56R2ylVAU4rFtVkcGUA7VZg/edit?usp=sharing.

As a bonus, EDAstro automatically generates nebula maps from the catalogue: see here, and with region borders, here.

The catalogue is open for submissions, any planetary nebula is eligible. I believe I've found all the "large" nebulae via the galaxy map, but if there are any I missed, do please submit those as well!

Please use the following form, especially if you submit many entries:

Copy and edit the following BBcode:


Code:
The screenshot and notes are optional, although I would appreciate galaxy map screenshots, so that I don't have to spend time looking them up in-game to verify the nebulae.
Oh, and if you know if the system has NSPs present, do please make a note of that as well!

A note on nicknames: for planetary nebulae, I've made a list of nicknames, for the catalogue and from the GMP as well. If you submit nebulae, feel free to include a name you'd like for it! I reserve the right to refuse to include some, and I'll tell you why. Also, the first discoverer of the planetary nebula (the one who tagged the main star) has priority, so in the unlikely event that they later come in and want a different nickname on the catalogue, it's theirs.

For the large nebulae, I also included a list of reference systems, to aid those who would plot routes to the various ones. Many of these were imported from the GMP database, except those cases where I picked closer systems, and for the nebulae that were missing from the GMP. With these, one could even make a tour of all the generated nebulae in the galaxy - any takers?

Thanks for doing this marx! I'm going to be sending a lot of people your way....

Also, as a long-term addition to the project you may want to plot these on a galactic map for some nice visuals.

Correction to your list: The Blue Snowball Nebula is reachable. Difficult but possible.

W
Can't check google docs from this place, do you have the FLOAGH nebulae already?
I just made the decent down there yesterday, just outside of it at Floagh AC-D d12-1 (that's not the center system of the nebulae), ~12kly west of Colonia at -1200 below the disk. Well visited place it seems from the last hops I made (EDSM counts 27 different visitors to the system I am in right now), considering that it's not that easy to reach - not sure whether it's possible to get there unboosted.

I'll definitely submit a few. I have two planetary nebulae in the GMP right now, but I also remember seeing maybe 7-8 more in the vicinity of the one I discovered. Maybe I can find some of those again.

Heavy Johnson said:
Also, as a long-term addition to the project you may want to plot these on a galactic map for some nice visuals.
Click to expand...

Yup, that's what the reserved post is for. Once I finish importing the GMP stuff, there ought to be around 800 PNs: that should be enough for a map.
Update: I forgot that real PNs were also included in that. Looks like we have 672 now.


WhoCares said:
Can't check google docs from this place, do you have the FLOAGH nebulae already?
Click to expand...

marx said:
...
There's Floagh AA-A h56 already on the list. There aren't more than one, are there?
Click to expand...

That's the one, yes.
There is another one nearby, way up high above the disk, but that's a different sector, of course.

Can't see this on the list, but it's a particular favourite of mine (even though I didn't discover it, well, not the star anyhow) as it's very pretty and so I'm glad to be able to draw attention to it. Also, on which note, great work Marx! o7


Here's a couple of pictures of it: 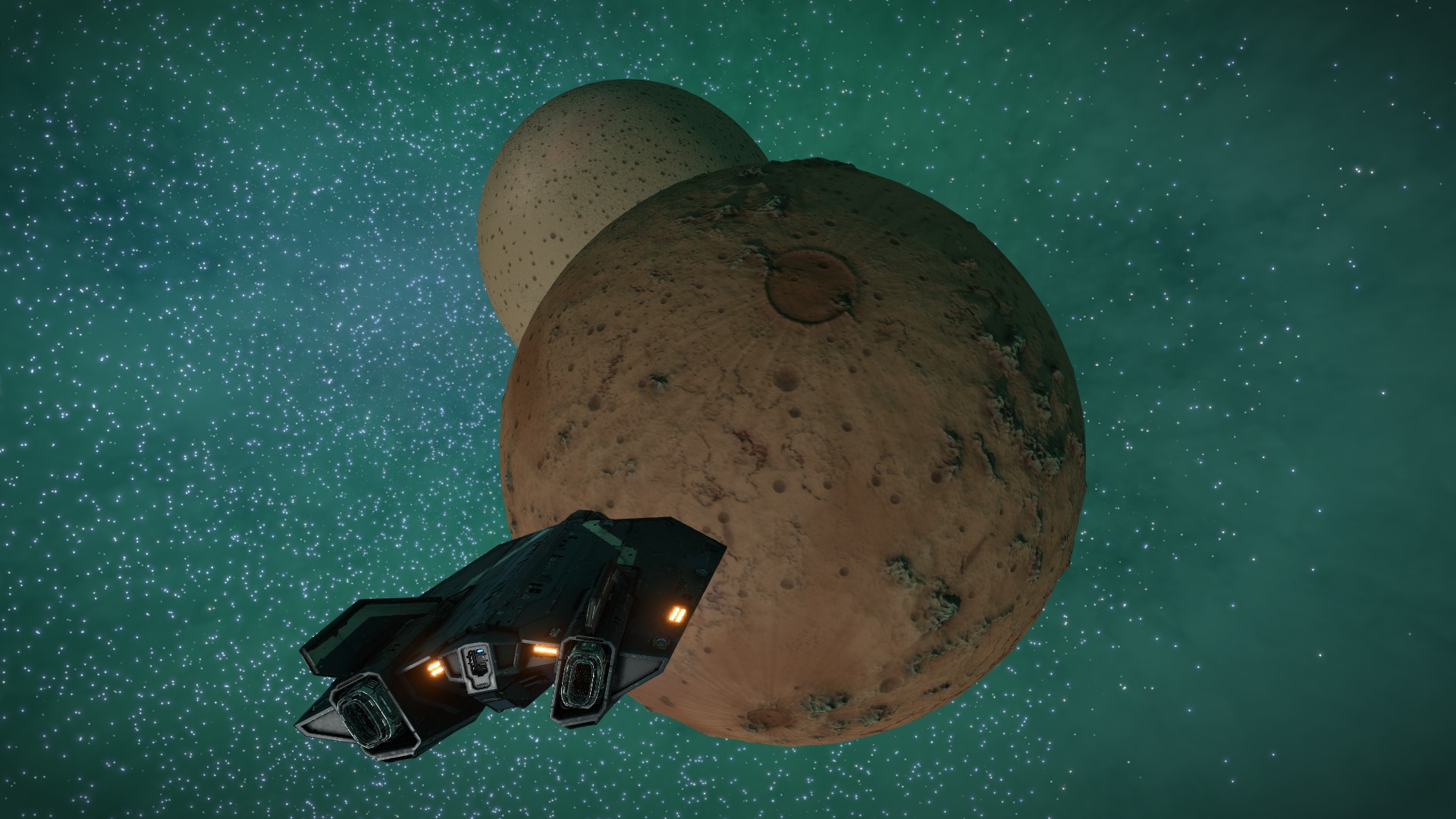 Glaslyn is a picturesque blue lake in Snowdonia (and by Welsh tradition, Excalibur is at the bottom of it and Arthur sleeps in a nearby cave, but that's not really relevant), so it seemed like a nice name. I of course defer to Tommigt if they have something they'd prefer.

Yup, that checks out. There's the first new one then, now CGN II-673. Thanks, especially for all the info!

@marx Great work compiling the data from all those sources!

@Orvidius Any chance to plot the PG PN on the galaxy map without too much fuss? I was a little surprised to see 90% of them crammed into only 6 regions. Might make a nice addition to the OP.

It's certainly possible. We'll have to see what kinds of numbers we're talking about though too, once it's fleshed out. I'm not sure how well the google map API works with thousands of pins active, for instance, if we wanted an interactive one. Static maps are reasonably straightforward depending on what is needed.
Last edited: May 14, 2019

sth like your body distribution maps just with PNs (PNe!?) should be interesting, maybe even with their correct color if that's possible?

Orvidius said:
It's certainly possible. We'll have to see what kinds of numbers we're talking about though too, once it's fleshed out.
Click to expand...

I've imported all the data available, all that's left is verifying the GMP ones. Without new submissions, it would be 155 nebulae and 673 planetary nebulae. (408 from the list, 264 from the GMP, 1 new)


Redfox said:
I was a little surprised to see 90% of them crammed into only 6 regions.
Click to expand...

Should be a bit better soon now, but yeah, the vast majority of them will be in the core regions. See the distribution of code E systems, too.

RE: Maps - I've never tried automating something against a google spreadsheet, but I figured out how to get a download link out of it, so I should be able to do something with it.


Rudi Raumkraut said:
sth like your body distribution maps just with PNs (PNe!?) should be interesting, maybe even with their correct color if that's possible?
Click to expand...

Well, for color, that would have to be in the data. For now I can just color-code based on which sheet it's from. That is, maybe something like purple or red for large nebulae, and blue for planetary nebulae, etc.

Hm, I might make a note of which nebulae have which models. I don't think it would matter for anything, but you never know.