So I've seen and done a fair few Thargoid activities in this game, but this was certainly a first for me. I witnessed a Thargoid Basilisk systematically popping Power Capacitors, making new Hull Breaches & getting attacked by the Megaship's defences. I know - Thargoids around Megaships are not new, but up until now I've only ever seen them hoover and scan a bit. And attack the player if you agro. Also around INRA bases I've seen them shoot plenty, but it's all pretty static, and you don't see fresh destruction there.

Also, there was the spectacular Gnosis incident, which I guess was especially crafted by Fdev, but seems a one off (?). Now here we have something we can see more often, and it's of the interact-able variety of Megaship too - the type Scenarios trigger on.

I've returned to the same spot a couple of times and had various scenarios trigger too. One to rescue the escape pods. Another to repair the Hull Breaches in a time limit.


Some pics: of the 'goid later when it got all cuddly (actually it had probably bugged. sigh) 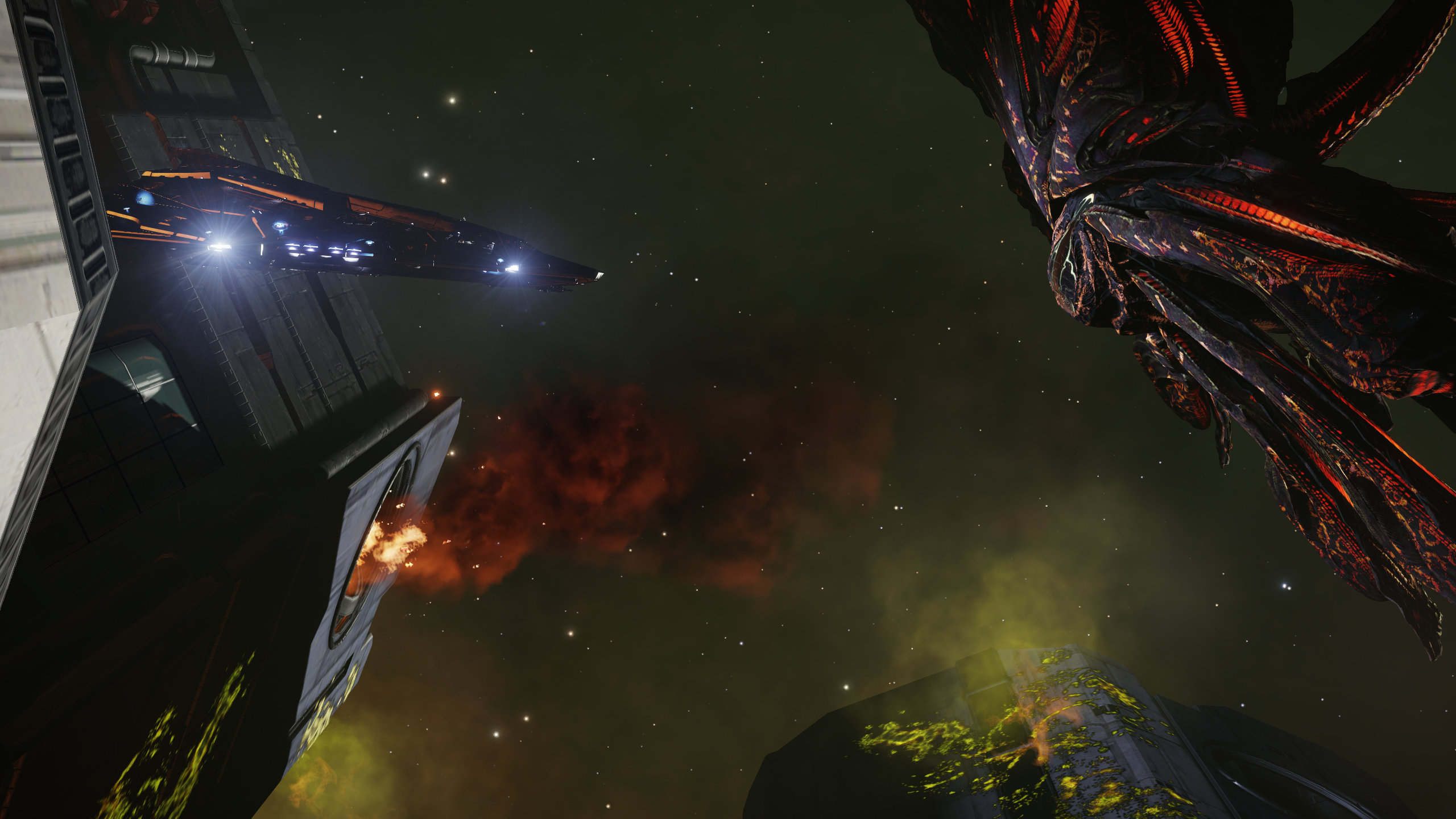 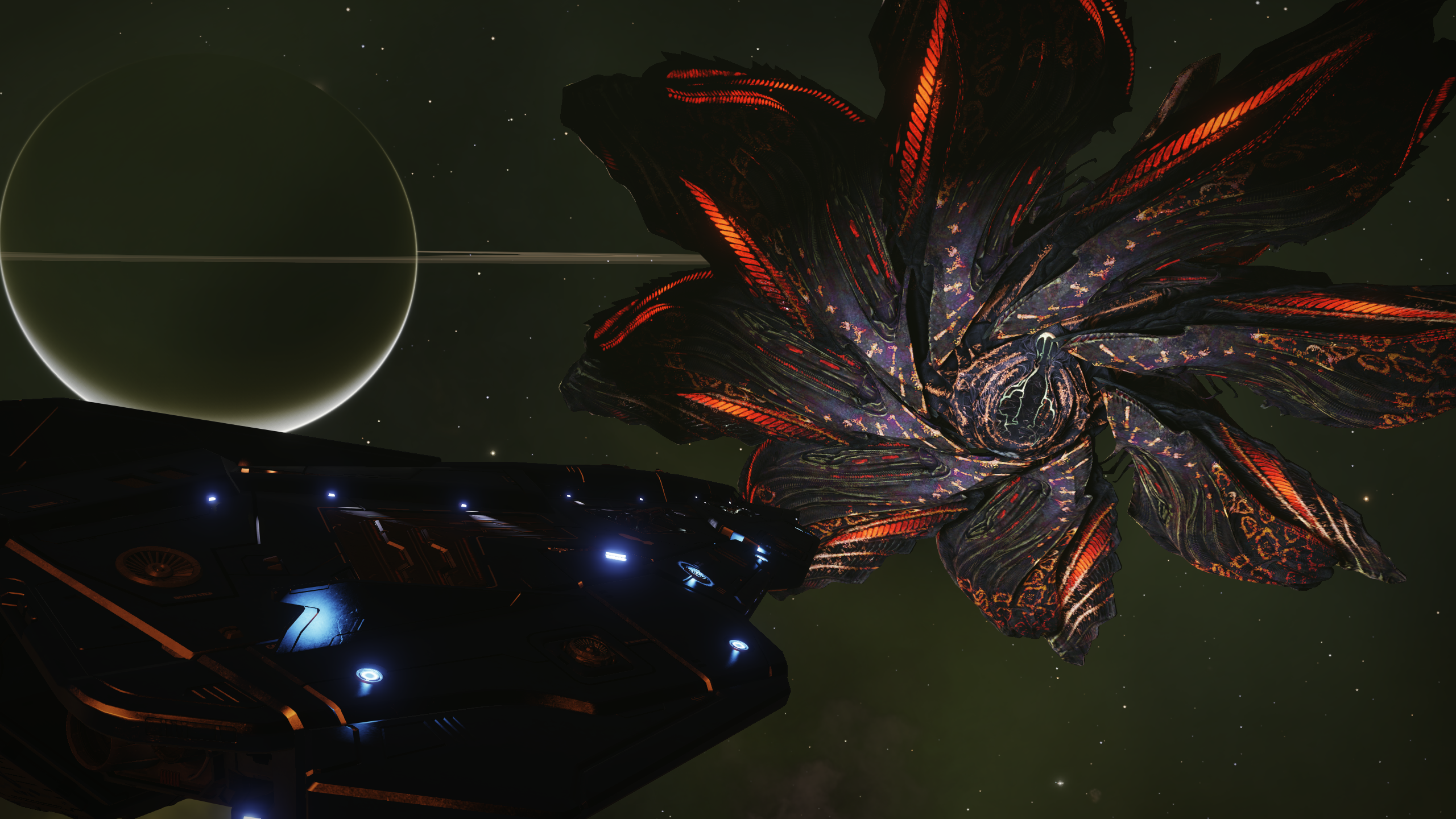 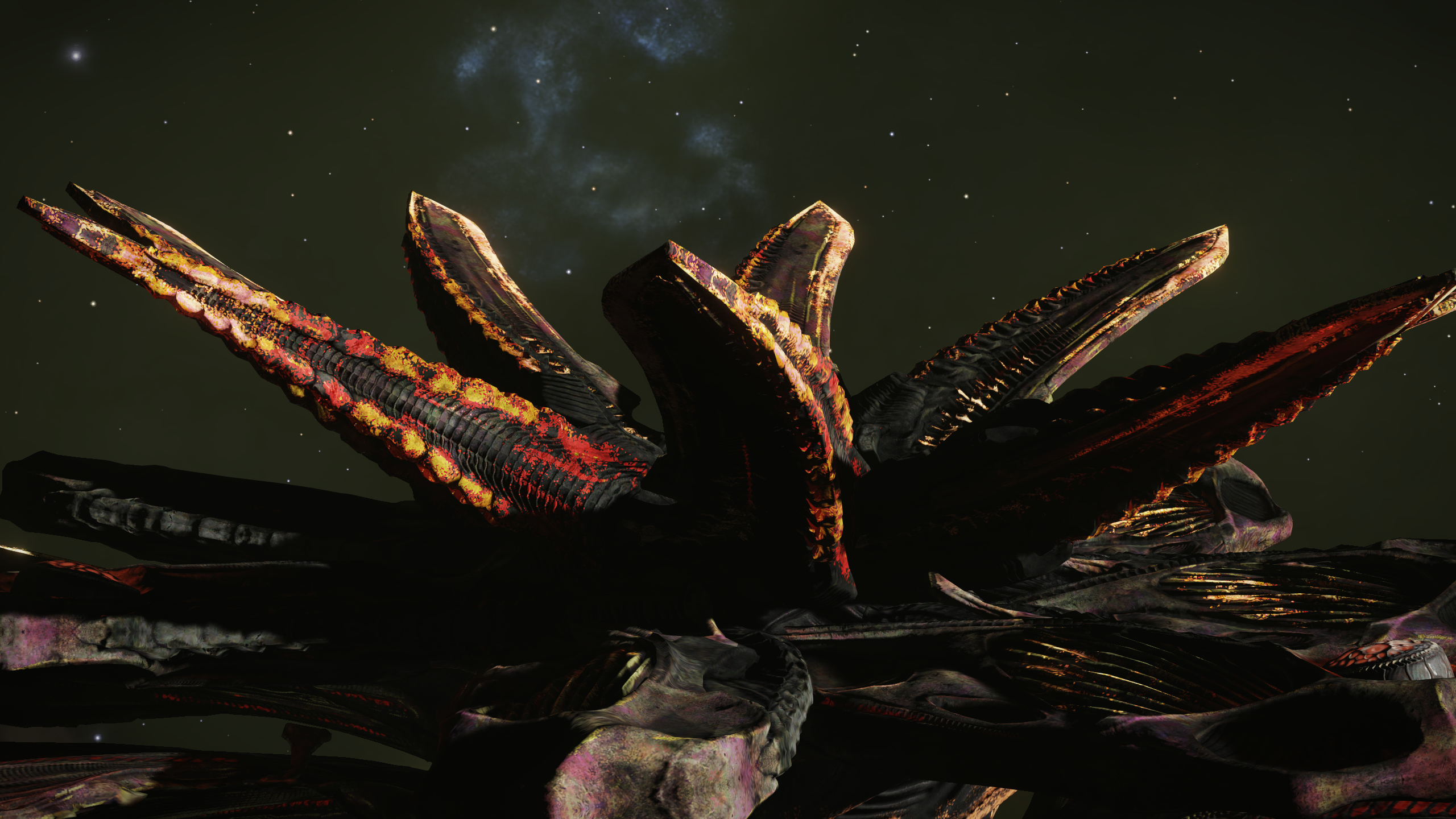 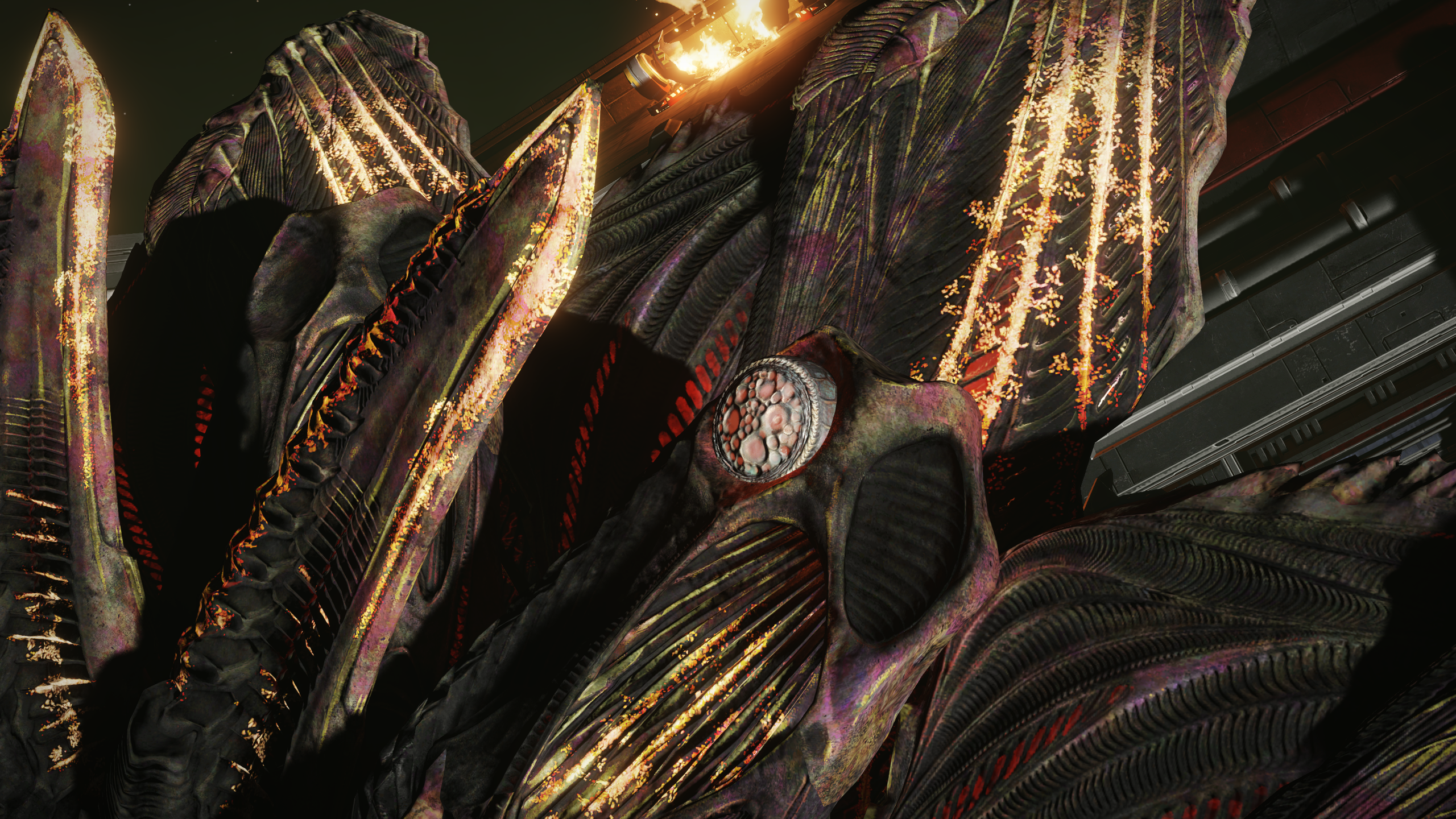 S
The first time I saw this I was trying to, umm, relocate some cargo. Made it a little more exiciting than I expected.

Sgurr said:
The first time I saw this I was trying to, umm, relocate some cargo. Made it a little more exiciting than I expected.
Click to expand...