Closest You Have Came To Disaster with an Expensive Ship

When the Game was brand new. I almost lost my Anaconda. Note making money back then was not so easy.

Obligatory “down to 1% hull on an AX Conda” post

I was kinda embarrassed by it, but not upset cuz it felt funny-- my first trip out with my brand new Corvette, I had been gone from the game for about 18 months and was still getting my footing (I forgot all the controls and etc etc). I mainly came back cuz I had VR (but I always loved the game prior to my break and was simply too busy to retuen), and I splurged on a buncha ships so I could see their bridges in VR. I immediately take my A-rated but not engineered Corvette to a CNB, and I'm cleaning up pretty good!

There's lotsa smaller ships there so it's not as difficult as the ranks might suggest, but I feel like I'm doing great and I'm having fun with the NPC I hired. I see an Elite Conda and go off to attack them, and I don't notice they're in a wing of 3-- the other 2 are also Elite Condas. I attack and get roasted so dang quickly, I couldn't believe it. I hadn't had that happen before.

I had decided before the fight that I wasn't gonna run "just so I could see" how the ship and me handle things when it's looking dire, and I'd only run as a last resort, but after feeling semi-cocky from all the small ships I got my butt handed to me and had a big ol' re-buy on my first trip out with the Corvette. The moment to run would've been a few seconds after I started attacking the first Conda.

And I killed the poor crew member, but I was gonna fire them anyway and hire a Harmless one to train so getting my butt kicked helped me avoid the awkward conversation I was gonna have with the NPC when I fired them before turning in my bounties so I'd avoid giving them their percentage. 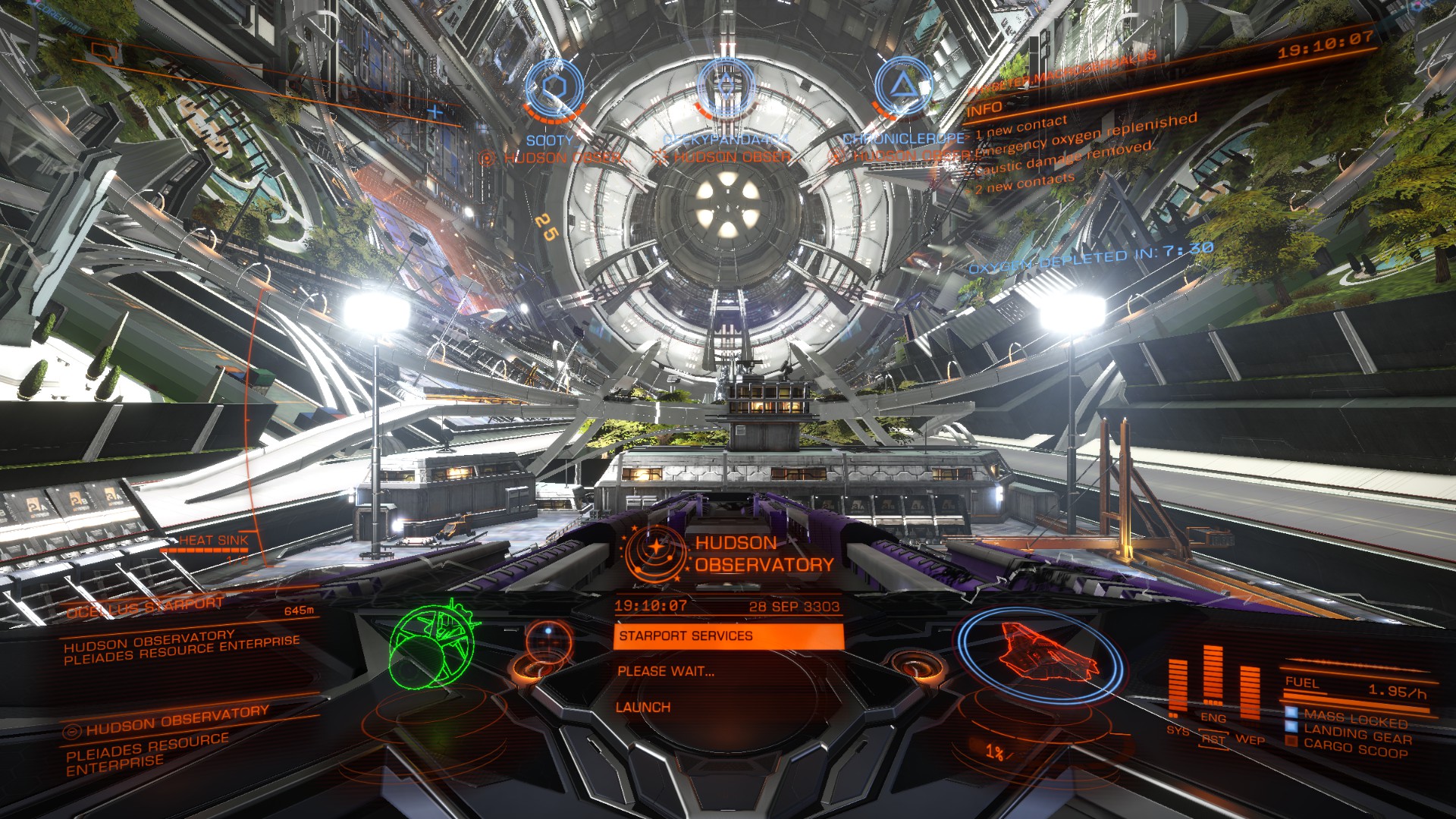 goid huntin was causticed all the way back to base we were the second ones to bring one down i also didnt have rebuy not my brightest moment.

One day I have finally bought iCutter. Stock isn't great so I started to tinker with her. First thing was FSD, bought top A-rated one and went to Felicity to squeeze even more out of it. Somewhere in the middle of entire process I ran out of mats. Oh well, happens, time to get back to my Krait and do some gathering.

Ok, mats gathered, traders helped a lot, should be enough to finish G5 FSD. Switched back to Cutter and head out. On my way I have changed Thrusters for lighter ones. Shaved mass is good. So - I'm in Deciat, approaching Farseer's compound. Dropped orbital, gliding. Heading and alt is looking good, glide complete at 6 km. Purrfect. Boost and panel wiggle to get landing permission - got one.

<distant sounds of big ship slamming hard into the canyon next to farseer's base. Mercifully sound is distant, dulled and not so loud due to thin atmosphere>