W
On the 5th of April 3305 CMDR Prowler set out on a voyage to Colonia. Not one of those quick, get over with it, neutron-boosted turbo trips, but instead on a wide arch out through the Formidine Rift. On 30th of May 3305 she finally arrived, after >114,000 ly and >2500 systems, most of which have never been visited before.

The little slope is from my "Palin run" last year, 773 systems, ~22kly. No specific waypoints underway, just picking the next destination ~1-2kly away in the galaxy map.

She made the voyage in her trusty AspX Jolly Jumper (and don't you dare to approach her with a bucket of paint, neither the ship nor the CMDR!):

Some general numbers about the trip, as well as the stars and planets scanned, as they were tracked by EDD (ignore the "trip" column, just the "Last dock" is relevant):

The "Unknown" stars are one B and three G super giants, which are not properly recognized by EDD. W.r.t. the estimated scan value EDD does not reflect bonusses.

But EDSM does, so here some more stats (please note that the totals here are total totals including the past before the trip):

The Exploration tab before and after selling the data (most of the data, still have ~150 million worth to buy me some station/faction favour):

= 3.13328 billion so far - EDSM seem to be pretty accurate with its estimation, even though it can't reflect previously vistited systems by commanders that do not share their data with EDSM.

And with the raw numbers out of the way, what has she actually seen out there?

W
Well, let's start with some "random" assorted stuff. You know, stuff like Plae Euhm BQ-P D5-5, a system with three main stars and 8 planets, of which 7 are terraformable HMC.

Not enough stars? Prai Eorg EG-Y g0 has a few more, which also make a nice picture even at a distance, especially when no skybox clutter disturbs the view:

I also wondered what that strange black spot might be?! With a lense it got clear, it must be a black hole!

... until they find a way into your cockpit

A list of 28 ELWs I have already posted in the respective ELW thread.

And then there is Pyrali OZ-G d10-0 A, which is at 0.2734 SM apparently the lightest DB White Dwarf that has been reported to EDSM. My first EDSM record! (no fancy screenshots, as I noticed it waaaay later) 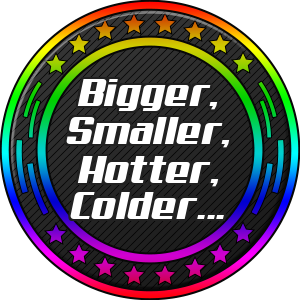 And as I can attach one more screenshot to this post, let's lead over to the next post with a shot from Eowyg Fraae ER-N e6-35, and while we can't see it here, one of these is 5 B a and has bio sites with anemones - too bad I didn't fly a little deeper to make it look like the ring connected those two...

Impressive! Will you be sticking around Colonia? Helping out with levelling up the engineers would be appreciated

W
Well, I will stick around to unlock and level the engineers. How long, we will see

And with that, on we go with geo and bio discoveries!
The first one some gas vents from an unknown location, but looks nice nonetheless.

Which leads me to the bio sites, as on the same body there are some anemones:

But the first bio site detected on the trip was of the chrystalline kind on Synueduia OP-Z c16-0 B 1 B:

And then the third kind of life forms I detected in the Floagh nebula, bark mounds at Floagh AC-D d12-1 4a (though I was definatly not the first one there)

W
Last but not least - giants!
At one point about halfway through the trip, I saw a distinct star from the cockpit, and I tried to poinpoint it via the galaxy map. As I was still pretty far out, it was not that difficult, and with that the hunt for giants began.
The first couple were K giants, and once knowing what to look for, those are fairly easy to find, from the cockpit and in the galaxy map. Works best for MKG(FA) type of stars, as especially the first three stick out by their colour in the cockpit view. Like all these red giants (yepp, there was a huge nest with those):

In the galaxy map MKGFA (super-) giants also stick out by the way they are depicted (bookmarked M giant, 3 more M giants in the lower half, and a G super-giant at the top marked with circles) - note the different shapes of the giants compared to their normal counterparts nearby:

And then look for the luminosity classes, "I" for super giants, "II" or "III" for giants; but that requires hoovering the cursor over the stars in the galaxy map...

B and O giants are probably still easiest found by searching for AA-A H systems...

So much for the giant hunter lesson, on with the scenic shots!

The two G super-giants scooped above also stick out for other reasons:
Kyloalks EW-V e2-2996 at 3.25 SM is currently the heaviest reported G super giant at EDSM - my second EDSM record!

And then the one that is going to stick also in the game:
With Eowyg Fraae FR-N e6-38 A being the first G super-giant reported in the Orion-Cygnus Arm - yeah, a Codex "Reported by" entry for CMDR Prowler - would not have thought that was still possible with stellar bodies, half a year after the Codex launch!

And so alone out in the dark, there comes the point when I always feel like somebody's watching me! Eowyg Fraae GN-K d8-136 twin- K giants 418ls apart (~180 of those reported)