Micha said:
Mixed feelings about this. I was so excited about DW2 after the fantastic DW1, but due to real-life and different timezone, it felt a lot lonelier. Especially after a serious bout of RL put me behind the fleet by nearly 2 months, so Explorer's Anchorage to Beagle Point was a completely solo venture for me.
On top of that, it almost felt like cheating - the Abyss is not scary at all with a 50LY jumprange ship. It's possible to plot pretty much anywhere, there's no navigation required.
Click to expand...

Same. Illness in the family set me back post Sag A* so I ended up doing the entire remainder of the trip solo. I very much missed the cameraderie of DW1 because of that. And I totally agree that the Abyss is trivial these days, where before it was a scary game of jumping on fumes where any mis-step could leave you stranded. RNGineers damaged the game in so many ways.

Made it, at last! Thank you to the organizers! Without your planning, I probably never would have made this journey.

It didn't pan out as I hoped for me as I sadly didn't have the time to follow the group and schedule. I thought I would be able to keep up to at least Sagittarius A*, but alas.

A madness inducing dash to Beagle Point in my trusty Cobra and I finally arrived today. Yay, I didn't think I'd make it before the deadline.

Some random thoughts from me as this was my first exploration trip, for other commanders thinking of going far:

Anyway, I finally would like to give a big Thank You to all organizers! Well done!

It was an amazing journey, from the excitement of building a new space station in the heart of the galaxy, all the way to the lonely, dark void of jumping through the Abyss. Many thanks and gratitude to the tireless organisers, participants and Frontier for putting this together! Onwards and outwards! 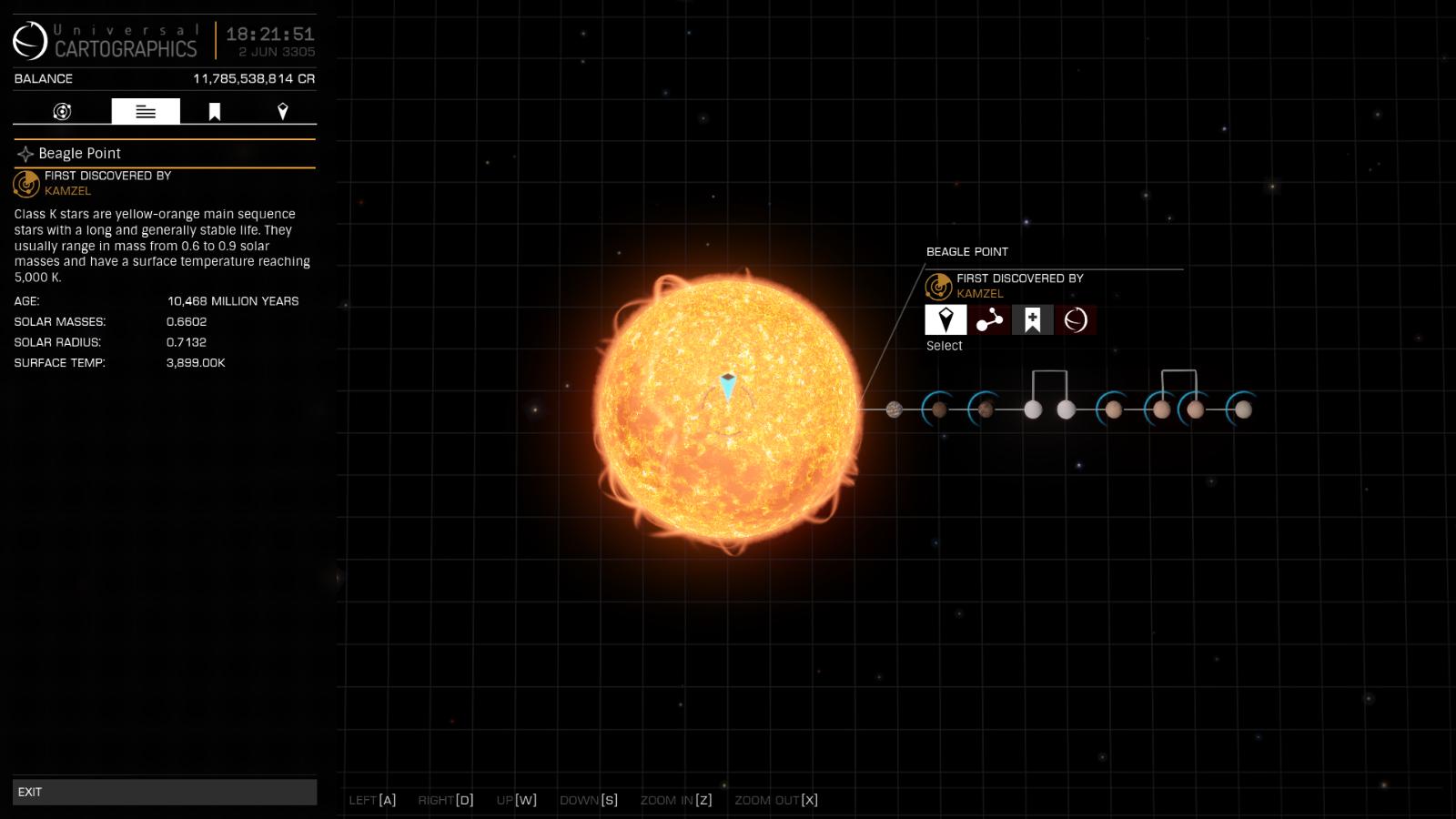 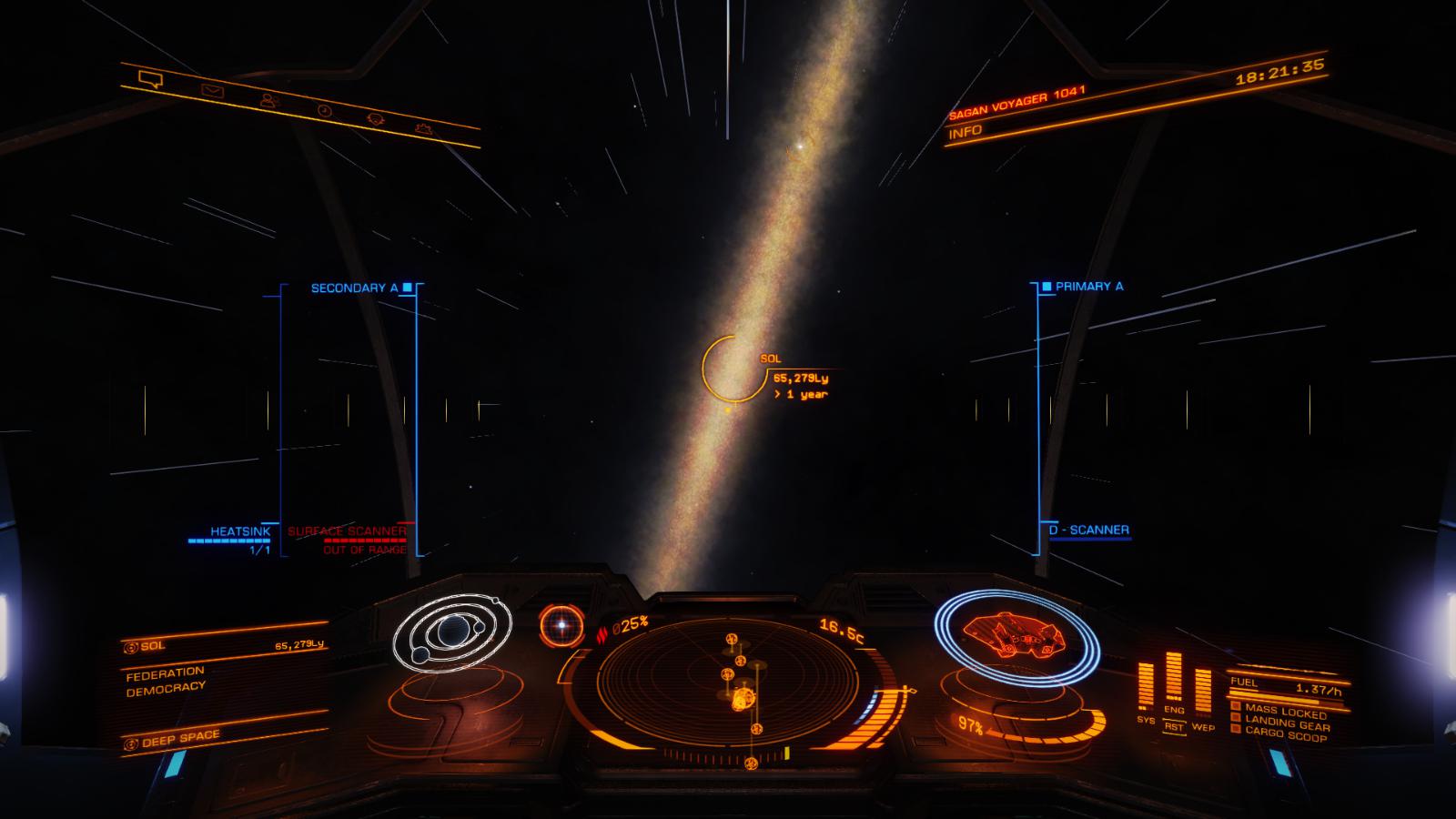 Here at last! The last 20,000ly were a real struggle, but glad I made it. .
Just need to camp out here for a while and admire the view before even beginning to contemplate the journey home 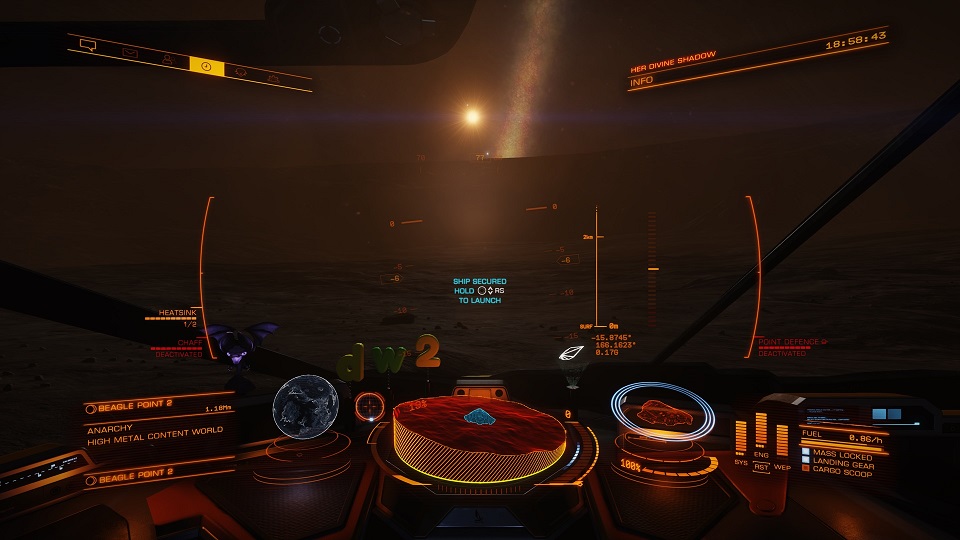 All stragglers on PC, I am parked at Beagle Point and ready to fix up your hull and canopy. UK time zone. Simplest is to ask in the FleetComm Discord #repair-requests channel, as that way I'll get a ping. 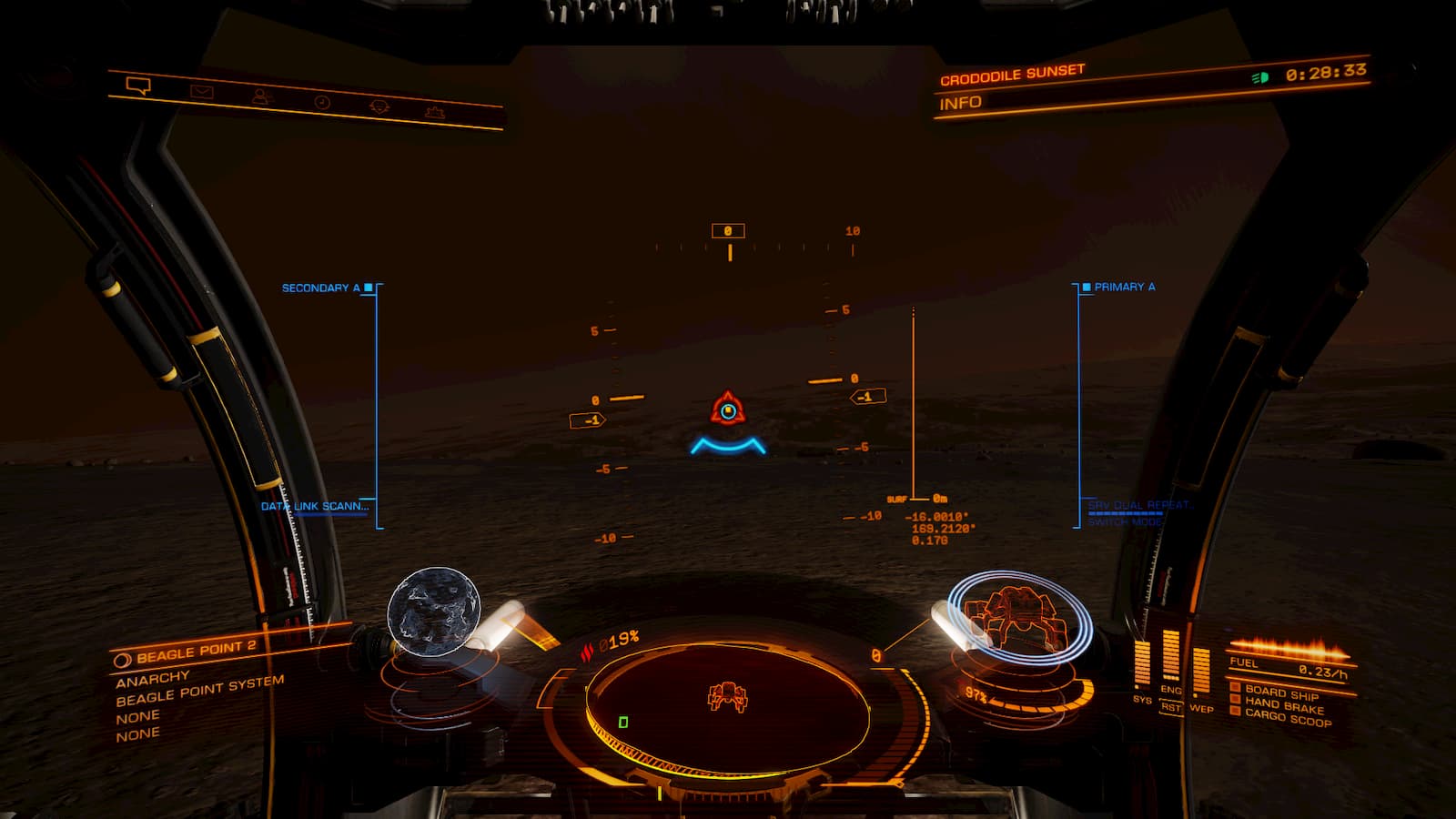 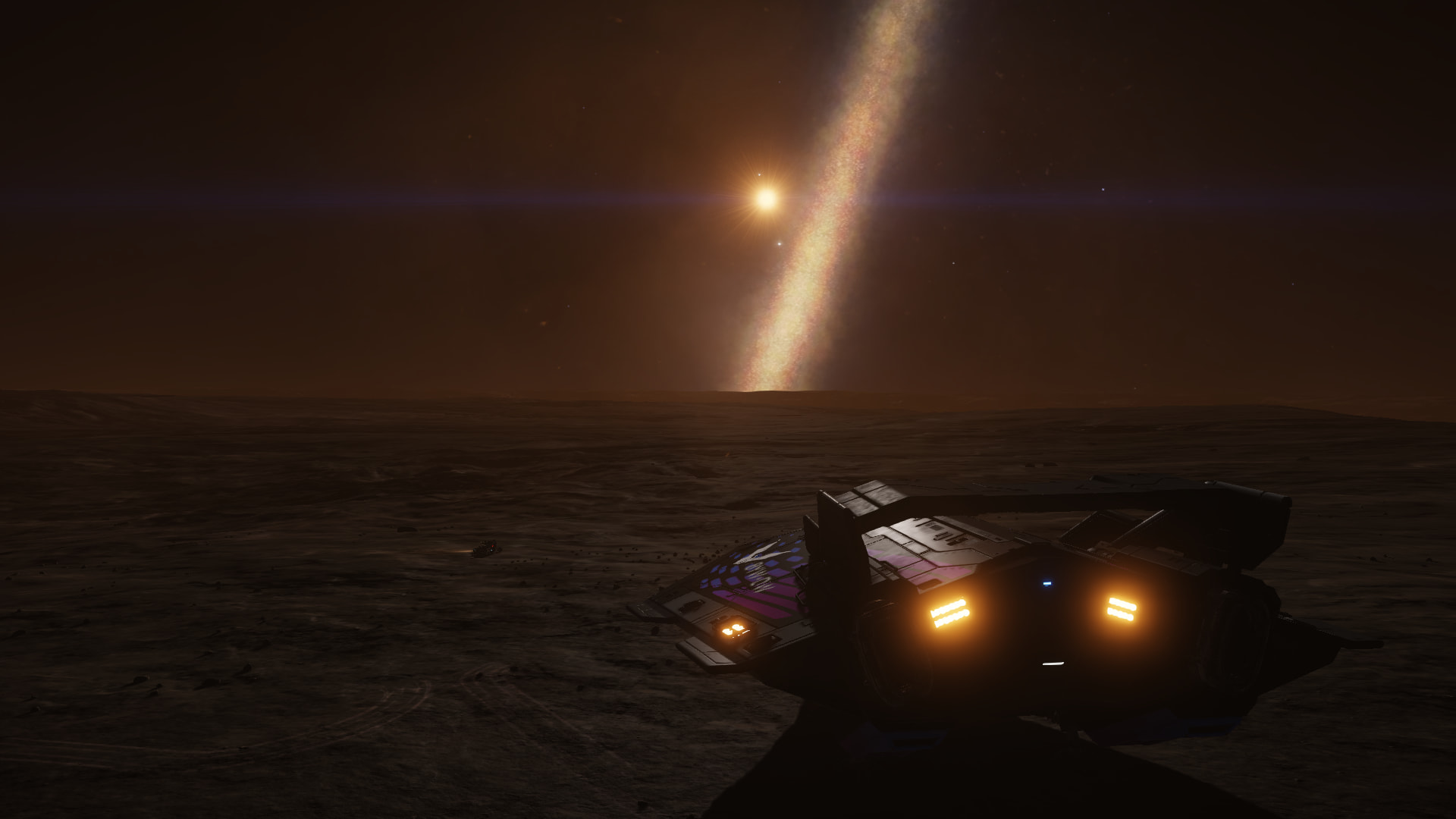 I
Had a WONDERFUL time, thanks SO much to the organizers!! This was amazing!

F
Thank you very much for organizing this. I just arrived to Beagle Point and filled in the Arrival Form. Couldn't be happier, I would not make it this far without all of you guys.

S
Finally made it to BP, after having to take long breaks due to starting a new job IRL... Nice journey, i still wish there was atmo planets added to ED that would have added a lot of awesomeness.

Still the view is worth it.. 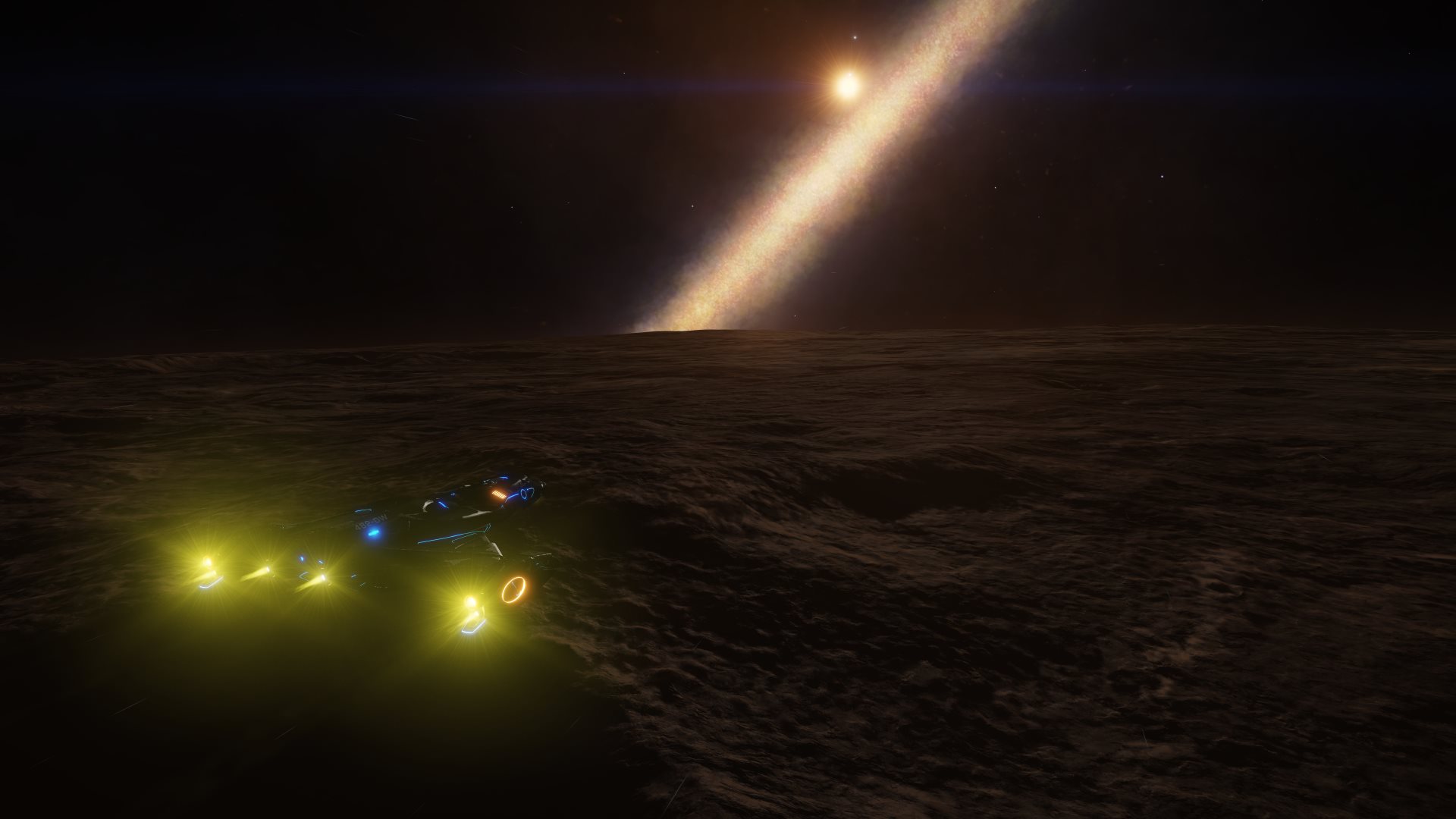 I have filled in the form, hope it's correct. I will take the long way back, as i intend to explore some less visited parts of the galaxy... Thank you DW2 for such inspiration to explore and go to the infinite and beyond !

It was a long journey for me. Farthest I had ever been out was 10Kly. Until now. CMDR Maia Posidana convinced me to join in on this crazy expedition and at first I was reluctant. Then I was excited.
So I joined. I got a fair amount out, and ended up having life kick me in the . But...I was determined. I couldn't stop and stare at all the pretties, so I made a beeline for Beagle Point because dammit, I was going to finish this if it was the last thing I did. Now...it's time for the return trip home. And that, I plan to take my time and explore the daylights out of as much as I can to make up for what I couldn't on the way out.
No exploding for me. 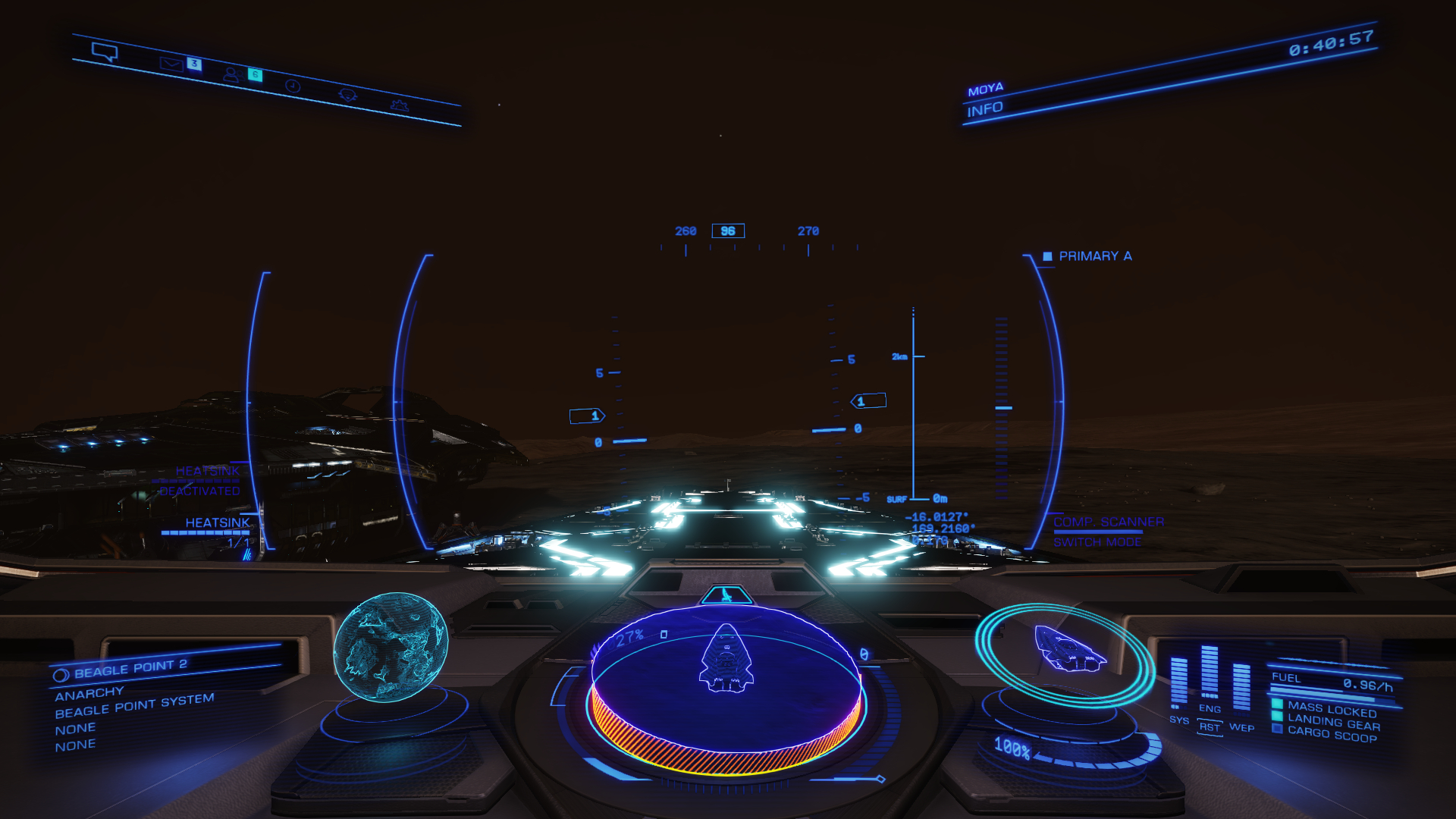 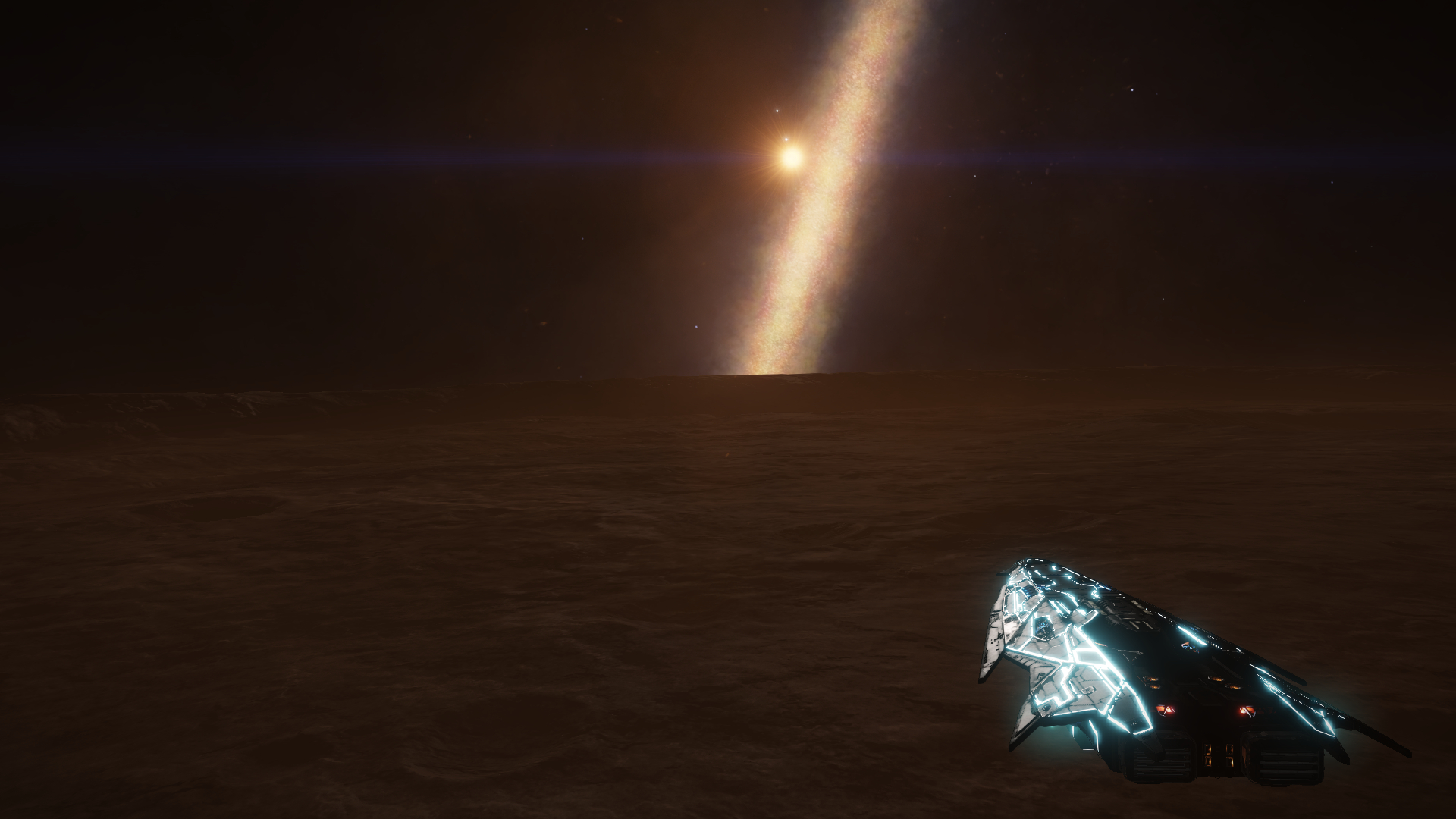 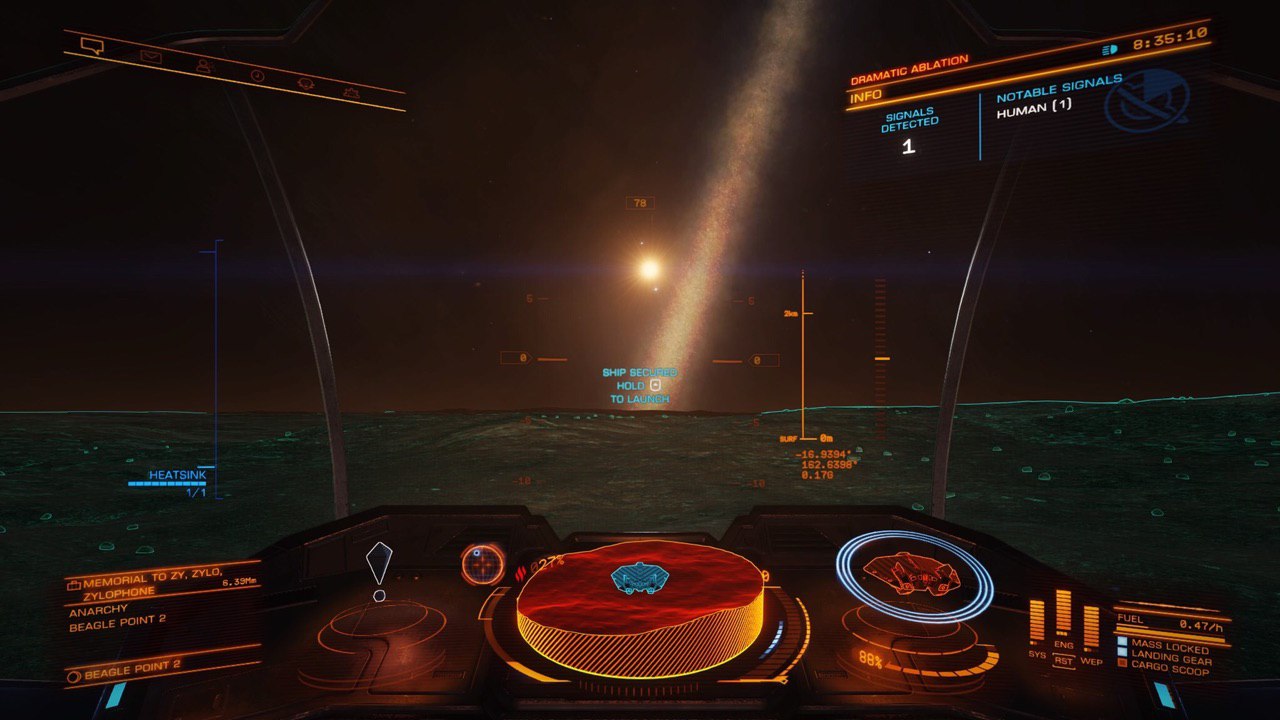 Thank you for organizing this expedition! Couldn't see many of the sights on the way out here in order to be sure I'd make it out here on time, but it'll give me something to aim for on the way back.

And, of course, the obligatory selfie. Arrived at the base camp just after sunrise, and parked myself on the central peak of the crater. Unsurprisingly, nobody was there. And now, I'm off to make my eventual way back home! For big chunks of this mission I was behind and at times I wondered if I would actually make it within the arrival window. There was a lot of jumping and I've seen an awful lot of M (Red Dwarf) stars in the past few months - watching some old Red Dwarf episodes seemed the obvious thing to do while I travelled.

"To Ganymede and Titan, Yes, Sir, I've been around" has gone through my head an awful lot while jumping. Even if both those moons are pretty far way right now!

I'd never journeyed more than maybe 1,000 LYs before, so this really took me out into the unknown and well out of my comfort zone. If I was to do again I'd be more prepared, maybe have a ship that could jump more than 46 LYs in one go, as I seemed to arrive at waypoints either at the last minute, or in the case of the later WPs, a week or two late (make that three or four maybe!). I'd liked to have got involved in the community goals, as from the chats and messages I saw, there was a lot of fun to be had.

Big shout out to allcrowsareblack for setting up the PS4 squadron, groups etc. and to all the other PS4 players who I said hello to out there (even if I wasn't the chattiest out there; blame my old school ways of playing - I still remember being alone in Frontier back in the 90s!) - you all reminded me I wasn't alone this time haha!

In some versions of Greek myth, Iphigenia was sacrificed so that the Greek fleet could continue on it's way to Troy. Thankfully this time, there was no need for that

If anyone wants to read my thoughts/ramblings as I travelled they can be found on EDSM: https://www.edsm.net/en/user/profile/id/70865/cmdr/Johnny-Shark

After moving and having to replace some things in my PC I finally arrived in BP. Her paint might be chipped on faded but the little Asp Explorer made it all the way here. When I finally get back to civilization I might get her paint redone... or I might just leave her the way she is!! M
Thank you so much! I have had so much fun o7

This event was a lot of fun. I'm sad I had a lot of life stuff going on so I wasnt able to interact with other folks as much as I wanted to.
I made it in the end though, and that's what counts!
Also thanks for the mug. 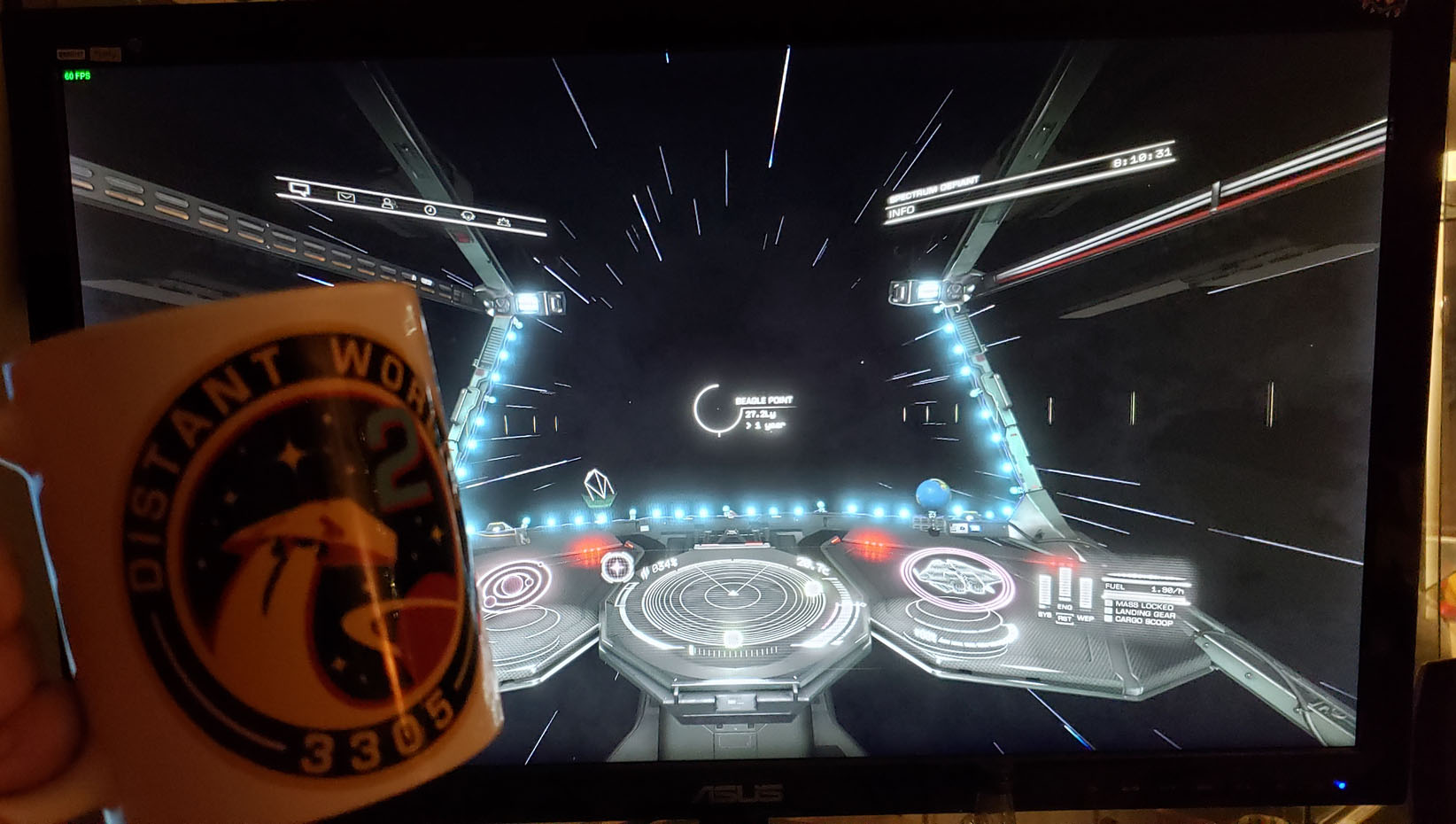 C
Thank you for organising such an amazing voyage and I hope we do it again, o7 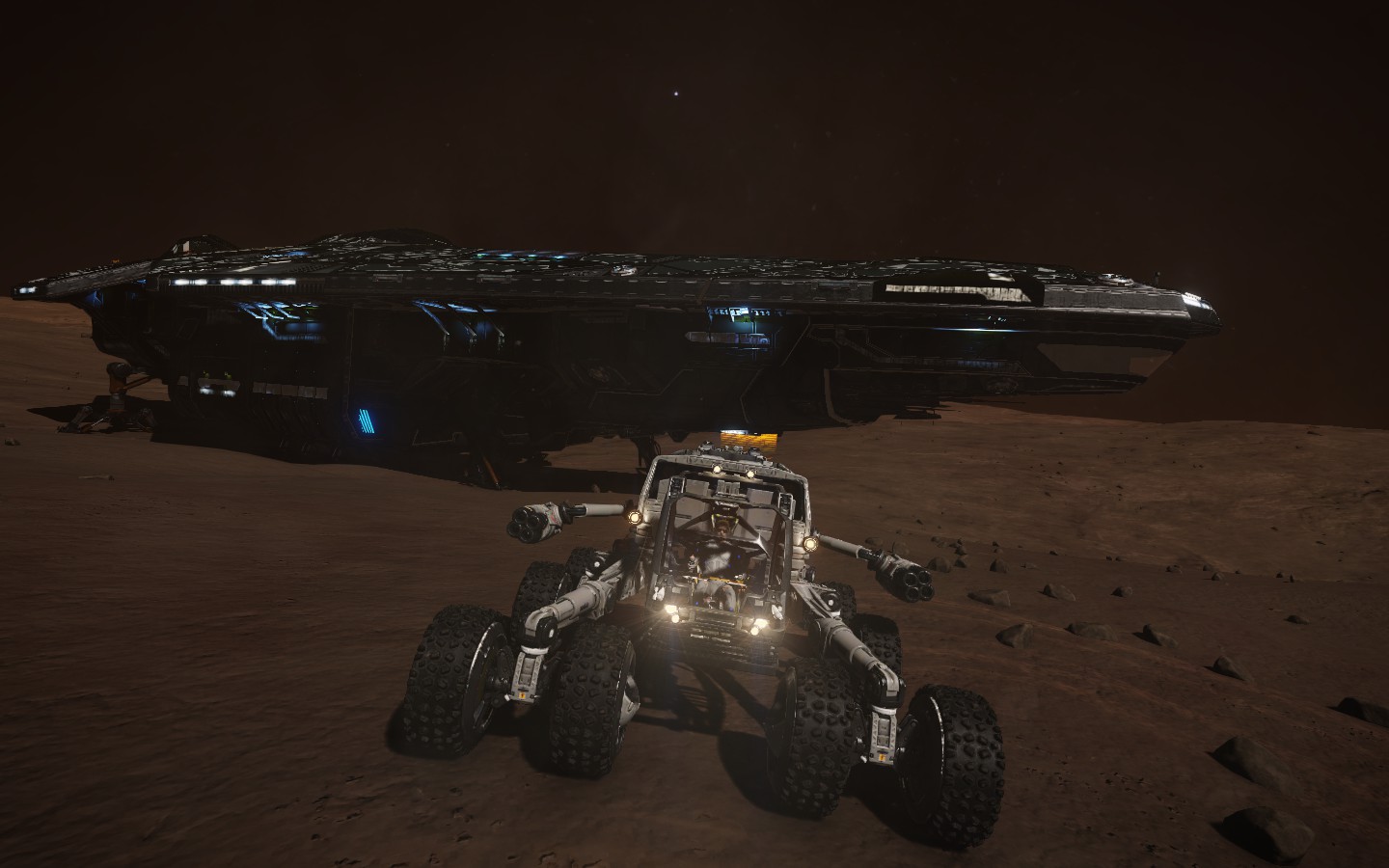