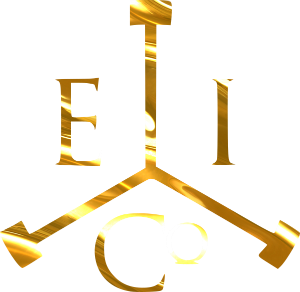 Greetings CMDRs! The East India Company is now hiring PS4 CMDRs! The EIC is a large and influential PC-based Player Group. The XBOX One Division works with our PC based brothers and sisters via Discord to join our efforts together and sculpt the galaxy as we see fit and we would love to see a PS4 division join our ranks among the Imperial Elite.

We are an Imperially-aligned Mercantile Trading Company that seek to expand Imperial influence through manipulation of market forces, a strong private military and the collaboration of like-minded and morally flexible pilots.
We also do Charity Work.

There is an opportunity to dig deeper into Elite: Dangerous with us. Our BGS operations are second to none, as we now Control more systems than any other Imperial aligned Player Group. We were the first Player Group to use the BGS to take not only an Asteroid Base, but a Megaship as well. No Community Goals to have it gifted to us. Our BGS Team is unrivaled, and you can learn from the best. We were one of the two founding Groups to resurrect the conglomerate GalCop. We have a lot of shared experience and as a multi-platform Player Group, there is a unbelievable amount of information to be learned. Some of this information gives us an edge over other PG's, so you will be expected to keep EIC business private and any infractions will be grounds for dismissal.


At this time the EIC does not officially back any Power Play Faction and pilots are free to choose whether to pledge to a Power. However, if you decide to join Power Play you must pledge to an Imperial or Independent Power. We are, after all, doing business for the Empire. Independent pilots who are not pledged to Power Play are also very welcome, as only a small portion of our Player Group engages in Power Play.

The EIC is a progressive community that promotes tolerance and a welcoming attitude. Bigotry of any kind will not be accepted and will be harshly dealt with.


To begin the application process, please follow the link to
https://eicgaming.com/
. You will also be expected to create an account on
https://inara.cz/
and join our Wing there. This information is important for leadership data.


Welcome, Commanders. For the Glory of the Empire.

Ahh this is good news, welcome to the PS4 family. I wish you every success!