I'd like to introduce you to something new. Below is our first Top 20 Issues table, summarising the highest voted issues on the Issue Tracker. As part of being open and honest about the game's development, we'll be regularly posting updated versions of this table and discussing it on our Supercruise News streams.

Note: the status and planned release of each issue is subject to change as various factors affect the ongoing development schedule. 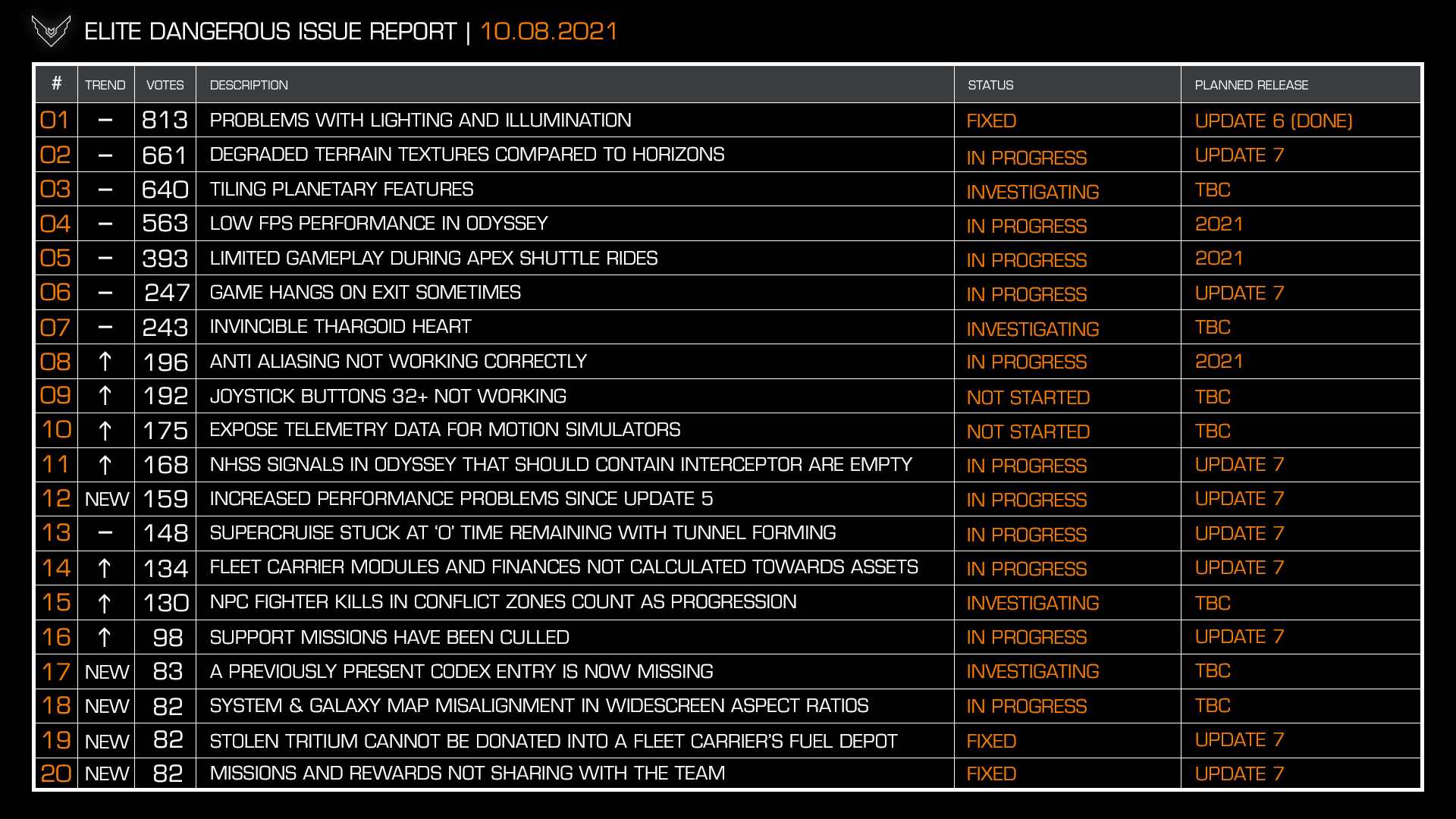 This is a reflection of the current scenario, and due to the ever-evolving nature of game development, the planned release for these fixes is subject to change. Let us know what you think of this report below!

See you in the black Commanders,

Please keep your votes coming over at - https://issues.frontierstore.net/reported-issues/elite-dangerous
You can vote on issues that are in the "Confirmed/Acknowledged" Status, use the filters on the left and get voting!

Ah now this is much better

OOHH! This is awesome! Just what we wanted. Thanks for doing this.

Zac Cocken said:
Low FPS Performance In Odyssey: This work will continue up to the end of the year, with improvements added already in Update 6, we know there is more to do.
Click to expand...

(Well, they probably scheduled it for the end of the year, but it's going to be delayed)
Last edited: Aug 10, 2021

I'd read that and thought essentially the same - good AA would be a real milestone!

Why is the link to "duplicate of" in a duplicate issue not actually a hyperlink? e.g. https://issues.frontierstore.net/issue-detail/41296

Why is the "https://issues.frontierstore.net/issue-detail/41168" not a hyperlink for quick clicking to the issue that is actually open for comments and reproductions ? Having to highlight and then either copy/paste or right-click "open ..." is a pain.

Edit: note that the forum is auto-hyperlinking it in the quote above. On the issue tracker it is NOT hyperlinked.
Last edited: Aug 10, 2021

This is great! Very nice work, and exactly the type of information that is needed. 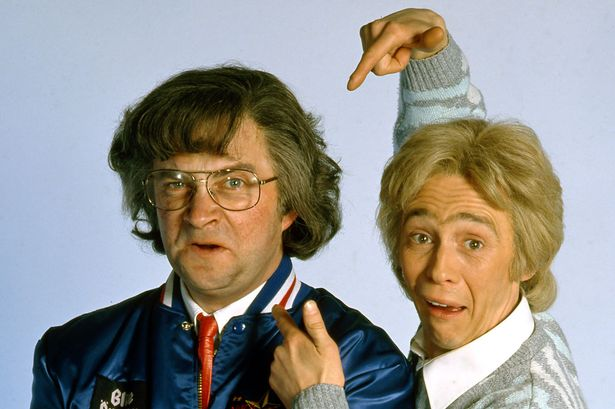 Thanks for the update @Zac Cocken - really great to see this comms going out!

As for the issue 1 - Problems With Lighting and Illumination - I don't think this is fixed. You can easily tell by going into the Gamma settings and having a look how different it looks depending on hardware configuration. For many people the slider has to be ALL the way to the right for the left image to be slightly visible. This makes the darkest areas of the game be visible, but at the same time brightens everything else drastically and the end effect doesn't look good at all.

If you set it too low, the overall image quality is better, but then the darkest areas are just pure black and don't display properly.

Unless the Gamma images in Options need to be adjusted accordingly to cater for the lighting changes?

This is fantastic, and love the discussion about it on SCN. Great stuff!
Source: https://www.twitch.tv/videos/1114054730

Nice report! It's definitely great to see the state of the bugs reported, when it may be fixed or generally what is happening with them.

Great update and the feedback is Spot on.... Data Trader pretty please as the RNG is really not any fun. Trading stuff however is.

Zac Cocken said:
Limited Gameplay During Apex Shuttle Rides: Nothing to share at this time.
Click to expand...

Yet in progress, so this is cool and something I wouldn't expect coming 2021!

i can't enjoy game without stable fps. Constant drops in frame rate kill the immersion in the game. Changing graphics settings does not affect this in any way. This must be problem number one
You must log in or register to reply here.
Share:
Facebook Twitter Reddit WhatsApp Email Share Link
Top Bottom