See you in the black o7

Nice going. Hopefully this will fix the issue with shoulder pads not showing for male avatars too. 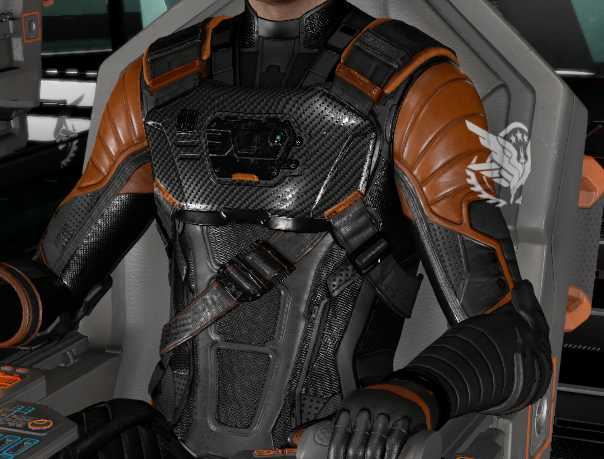 I see the ambient light issue on dark side of planets still exists even 3 years later.

Ta. There's going to be quite a few more patches to come I think, advanced warning with patch notes is a welcome step in the right direction.

This is good news. I've had that crash to desktop in the system map at least 3 times today, including just before the update dropped.

Darkman Returns said:
Nice going. Hopefully this will fix the issue with shoulder pads not showing for male avatars too.
Click to expand...

Darkman Returns said:
Nice going. Hopefully this will fix the issue with shoulder pads not showing for male avatars too.
Click to expand...

Yes, well...that doesn't really trouble me as it was my shoulder pads that weren't showing up! No good for a lady, that!

Sounds great ! Can we expect some increased performance thanks to the fixed culling ?

Thanks for work and reactivity ! I update my issues list ! ​

Please Frontier, i hope you can see that and fix this issues. But don't worry, we know you have lot of work, take your time. ​

• Shoulder armor is now invisible when you are in the ship. Decals "fly". When you are on your feet, no problem. (Image 12 in attach files). Same problem before Update 2 with knees armor and is not solved. (Image 12 too) (Not Solved for mâle character)

• Clear or opaque helmet for flight suit have no icon. (Image 9 in attach files)

• Sometimes, my game crash and back to the desktop after alt+tab.

Known Issues not solved in Update 2.01 after my test:​

• Ammo off all ship weapons (Same with character weapons) are automatically and totally full reload when you disconnect/reconnect the game or change system. (I think it's a major bug for gameplay. This bug ruins the game.)

• The Odyssey's engineer description and missions is in English even if your game is in other language. (Image 8 in attach files)

• If you choose no decals for your suit, the old decals what you have on Horizon before Odyssey appear on your shoulder (Red skull for me)

• Exobiology ranks decals appear in customisation menu, but only for LEFT shoulder (And this decals have Artemis suit icon, not decals icon). The decals don't appear for right shoulder, it's very strange.

• My orange light panel in my Krait Phantom twinkle in white for no reason. (Image 3 in attach files)

• Difficult for explain this problem in english, but it's present with Odyssey since the beginning, hotfix 1, 2 or 3 dont correct that. So, if i want configure my planetary
equipements on my ship panel, when i choose "configure" then "manage configuration", my panel zoom and i should to click again on "configure" then "manage configuration". I think it's because i'm in free view in cockpit but it's a problem and this should not happen. (Image 4, 5, 6 and 7 in attach files for explain with screen)

• Federation and Empire ranks is still broken on Odyssey/Horizon.

• Sometimes, when your ship take of the station's plateform, you are teleport 10km next to the station. Video here: Source: https://www.youtube.com/watch?v=zMFy65yziLw

• You can skip the scan if you show your weapons next to the NPC. Video here: Source: https://youtu.be/K6OVPOi9OWE?t=34

• Planets on Odyssey are very ugly for many players. Texture no correctly loading.

Known Issues solved in Update 2 and 2.01 after my test:​
• Choose clear or opaque helmet for flight suit it's not possible.

• Many items in customisation menu have not a good icons.

Thanks for the update! Keep up the great work!

Thank you so much for the update Sally, and the entire Frontier dev team as well.

See you in the black o7
Click to expand...

Thank you for the update Sally! Keep up the good work!

See you in the black o7
Click to expand...

Can you tidy up you News & Bulletins thread, as it is tricky to find stuff ?
Perhaps sort by by last 'FD Employee Post Date' if that's possible (probably not, but something bearing in mind)

Thanks! I've crashed at least 10 times today when using the system map.

Hooray for everything \o/

"An issue has been fixed whereby chest, upper arm and shoulder suit parts were not appearing for female avatars."

Same problem for mâle avatar after Update 2. Not solved with 2.01 (Only shoulder suit parts and knees suit parts). Knees and shoulder armor dont appear and i can see my decals fly.