S
Can you please add a fix to be able to complete CG (Community Goals) missions in EDO?

There is no button to complete the mission.

Thanks for Fixing the Shuttle thing. Thas bug had me clear my Alpha save and was my biggest fear for Odyssey.

I won't be back in the bubble for at least 12 months (I left on Odyssey launch day after buying my Artemis suit), but it's good to know that it's fixed.

D
Does anyone know if these unlisted fixes fixed Non-Human Signal Sources in Horizons? Last I checked, threat 6+ were only spawning scouts, never interceptors, and I'd really like to practice my medusa solo.

Great work on the continuing updates, however, keep up the good work.

I still can not download the Odyssey soundtrack, from the Frontier official store. I really wanted to enjoy to the new tunes; can it be corrected already?

I wanted to also report a bug or suggest a game mechanic. When on a foot mission, we can restock (ammo, medkits, energy cells...) when going near, from our spaceship or srv.
It would be also good if we could also recharge our suit battery, when choosing the 'RESUPPLY' option... currently; we need to get in/out the ship or srv, to recharge the battery.

sallymorganmoore said:
Heya, sorry it took me a bit longer than I'd like to drop you a note on this. Just wanted to double check something.
I know this isn't an in depth update on the rank situation in this moment, BUT I do really want you to know that it's being heavily looked into and considered a priority. We'll update you with more info as soon as we've got something solid. Thanks millions for the patience.
Click to expand...

Thanks for replying! I apologise for the passive aggressive tone of my original message. Just a combination of seeing my friends around me considering dropping the game because they can't level up to progress in those areas and it never being mentioned anywhere despite being what I would class as a serious issue. I appreciate everything everyone at Frontier do, which is kind of what triggers the passionate responses

Nothing is ever aimed at the people, I know a lot of it is the process.

Xanix said:
I still can not download the Odyssey soundtrack, from the Frontier official store. I really wanted to enjoy to the new tunes; can it be corrected already?
Click to expand...

I still have this issue too. I contacted support directly who sent me a direct link to the files which did work. If you want them badly, I suggest you do the same until they fix the broken S3 link in the account page.

Falcon91 said:
Unless you are at "unfriendly" status already that won't happen.

I just failed like 5 missions due to RL stuff getting in the way, and that faction was at friendly I didn't even drop below friendly.
Click to expand...

But if you are at unfriendly it can happen. What are you even arguing about man, a bug got fixed is all. If you never encountered it yourself, good for you!

bikertux said:
I still have this issue too. I contacted support directly who sent me a direct link to the files which did work. If you want them badly, I suggest you do the same until they fix the broken S3 link in the account page.
Click to expand...

I did exactly the same. When you do get the download (mp3, WAV or both), note that it doesn't come with a full set of metadata tags. If you want that stuff, you'll need to do some judicious editing. I used mp3tag
Last edited: Jun 11, 2021

Only seen this issue now after this update. The POI appears in Navigation list when onboard ship and does not appear when in SRV or on foot. 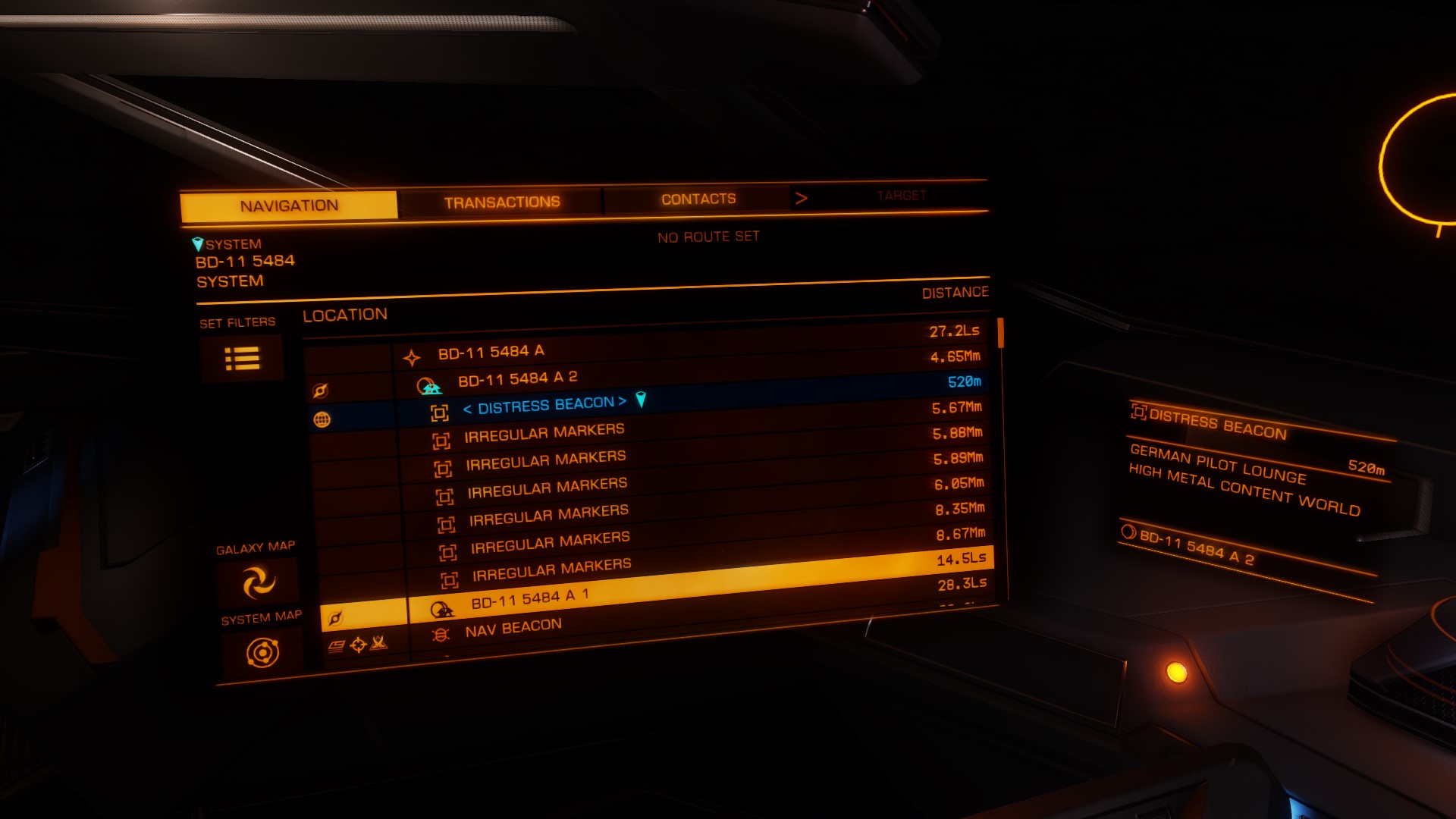 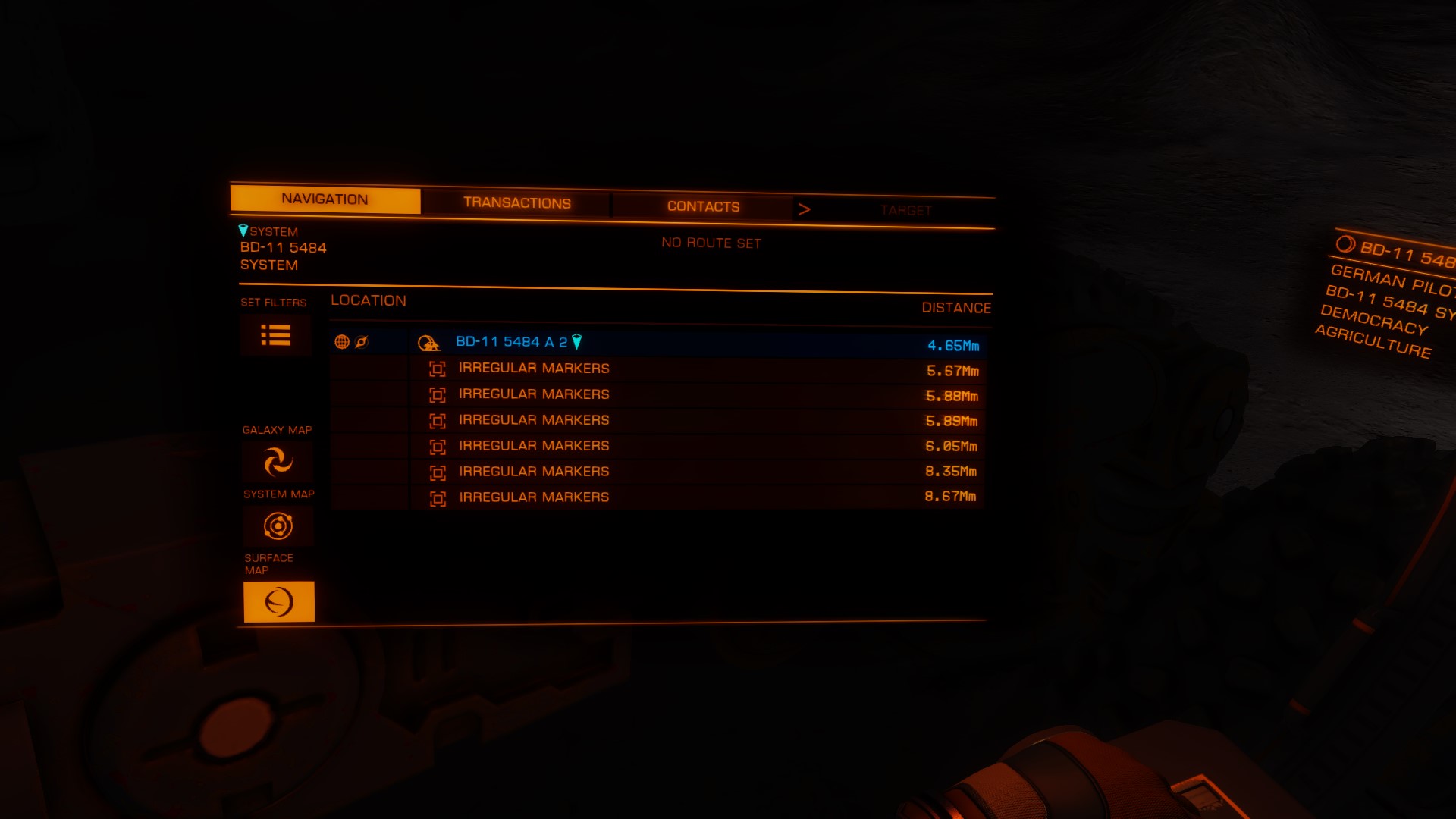 S
Not gonna lie this should honestly should have had just a reduced probability. Doing something stupid in the heat of battle is kinda natural.

Just wanted to chime in for some appreciation on latest CM interaction with us.

Extremely appreciated and needed. Keep up the good works. You are doing it right

Thanks again. I did not expect another update a day after. Great work!

L
Me and my friend keep getting thrown into difirent instances when we land on planets etc.
This should really be a priority fix.

Anyone has a solution for this or is it random bug ?

B
since the updates last Week, the Bindings in Horizon are messed up, the basic Flight Controls of my Hotas (X52Pro) are still there, but for example some Keys at "Flug (Schub)" Section (I'm playing with the german Version and don't know the used english Words for this) "Schub vorwärts" and "Schub rückwärts" disappeared. When i type in the Keys i want and press "anwenden" afterwards, they should be back there, but when i'm going back to this section, the Keys are disappeared again AND also not useable in the Game, same thing at the "Flug (Drosselung)" Section and many other keys, it's easy to reproduce this bug. I'd report a Bug-Message true the Issue-Tracker, but nothing happens...
Because of this bug I'm not able to play anymore

Just out of google translator looks like you are missing

Information on both updates can be found below.

Thank you all and have a great Friday.

See you in the black, Commanders o7
Click to expand...

Information on both updates can be found below.

Thank you all and have a great Friday.

See you in the black, Commanders o7
Click to expand...

Thank You for the posts, better late then never

Does this include performance? Please say yes!

It has dropped dramatically since Update 2: <20 FPS, lots of jittering and screen freezes everywhere —jumping in/out of SC/hyperspace, loading and navigation of all menus, HUD panels, subscreens, etc.