Well here we are.


Update 8 for Odyssey is very close right now,
HOWEVER I do need to bring the news of a slight change to the expected deployment schedule.
(Now listen...You all warned me last night, right? I'm here to jinx us...clearly.)
​
I'll be open with you with what's happened:

To that end, we now need to formulate a slightly new deployment schedule for today which remains unconfirmed in terms of time specifics right now.
We're looking at releasing the updates 'This Afternoon'. Time slots to follow.

The Horizons update for PC and Console notes can be found HERE.
​
Regardless of all that behind the curtain as we crack on...Here are the Update Notes for Elite Dangerous: Odyssey Update 8

The Emote and Marker System
Commander Emotes and the 'Emote Marker System' have been added into the game o7.
Commanders can activate the wheel via the binding in-game under "emotes" for on-foot controls. You also have the ability to bind the individual emotes to keys of choice.

The team have been working hard on optimisation as part of this update 8 delivery, with extensive work carried out on Odyssey’s light and shadows, optimisation of glass, skin and particles, along with render layer optimisations and further improvements to the Navmesh.

These have delivered significant performance improvements to the on-foot experience during internal tests. We ARE continuing to investigate where further optimisation can be made and will continue to take feedback on player experiences on case by case basis.

Ok so for the notes below, it's really hard to use less technical language but I'm going to run with it anyway for your interest.
I hope by including GPU or CPU callouts might help a bit with this to provide more of that honed in insight.

Server
Well...that's one heck of a snake clear out at least!

Known Issues:
Please remember that it's impossible for me to list out every issue currently known and open in Elite Dangerous, however I'd like to share a few of the heavy hitters which hopefully help with any concerns from recent reports. We will of course continue to work through additional feedback and legacy issues moving forward where possible.

As always, thank you for being...you. We'll keep you updated across the forums and all social channels as to when the release of updates today shall fall.
Here as usual keeping a watchful eye, but will be needed on the other side of the curtain quite heavily in the build up to the updates going live.

o7 Commanders.
See you in the Updates.

Nice long list, glad i took a day off today

Nice! Something to read during breakfast!

You've staved off the reapers!

Thanks, Sally and the dev team. Let's hope we see FPS improvements.

G
too long posted before reading!

One Commander, a Riot of Commanders.

I need my coffee first.

What did I say about the Curly Wurly?

And still section P is missing 'that thing'.

One day tear rolls down cheek

Rubbernuke said:
What did I say about the Curly Wurly?

And still section P is missing 'that thing'.

One day tear rolls down cheek
Click to expand...

You are the first I thought of.

Sighman said:
One Commander, a Riot of Commanders.
Click to expand...

when Odyssey will be released to Console too??? We WANT TO PLAY!!!

"Deathflow Escape Pods." I can see it now! So they are not quite like escape pods. More like suicide booths?

Samurai83ITA said:
when Odyssey will be released to Console too??? We WANT TO PLAY!!!
Click to expand...

I like to think of them as Dorn Confessional Booths 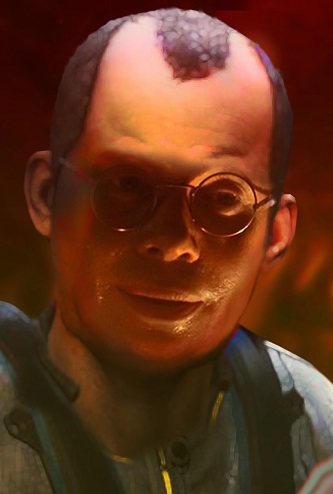