Tomorrow (October 27th 2021) will see the deployment of the much anticipated Update 8 for Elite Dangerous (more on the expected deployment schedule in a later post today, so hang tight. On it o7)

With this update we will be rolling out a fix to address a known issue with capacity readings for Fleet Carriers. This fix is being applied to both Horizons and Odyssey across ALL PLATFORMS.

The Issue:
It's been noted that some Fleet Carriers have been returning negative capacity values for ship & module packs.

The Solution and Expected Changes:
We have identified the source of the problem and have a fix ready. Once applied, capacity readings for Fleet Carriers will revert to their true value.
FAQ

"We've been raising the issues some of us are having with soft-locks and UI issues with Fleet Carriers since Update 7 (among other issues of note). When can we expect fixes for these?"

I'll be sure to remind everyone of this in tomorrow's update notes, this just warrented it's own call out due to the nature of the fix.

Have a great remainder of your day, Commanders!

Thanks for the heads up Sally

so if i have stuff in my carrier i dont want to sell or burn i have to get it off the carrier somehow and the fc returns to normal? i hope we can realize that cuz me and my guys collect rp stuff for each other in our private storages (guardian , goid and rare commodities)... this will be a real mess to manage, hope we can tetris that somehow... it is what it is i guess :/ (anyway tho- thanks for the headsup sally)
Last edited: Oct 26, 2021

For a second I thought the size taken up by the bundles would be reduced so we could fit more
I wish...

There is a bug on PS5 when you are in an FC system you often get errored out. It’s quite a well known issue and has still not been resolved, there are CMDRS that reported frequent crashing when in a system with moving carriers (jumps initiated).

Looking forward to it.

(Hoping it addresses the issue where ship docked interface stops responding after you jump inside a carrier. Not super impactful as you can just exit to main menu and come back to fix it, but I can hope.)

Cori said:
(Hoping it addresses the issue where ship docked interface stops responding after you jump inside a carrier. Not super impactful as you can just exit to main menu and come back to fix it, but I can hope.)
Click to expand...

opening and closing the nav panel solves it for me

Thank you. Live long and Elite!

Woo Hoo! Pre-Patch notes as well this time! You're spoiling us! o7

sallymorganmoore said:
For others it may add multiple 10,000’s of capacity usage.
Click to expand...

Will this be applied to the carrier's mass for jump fuel calculations?

I wonder if we're going to see a massively overloaded carrier using its full 1000t of Tritium for a 20 LY jump, as it tries to get back to a management system to sell the packs 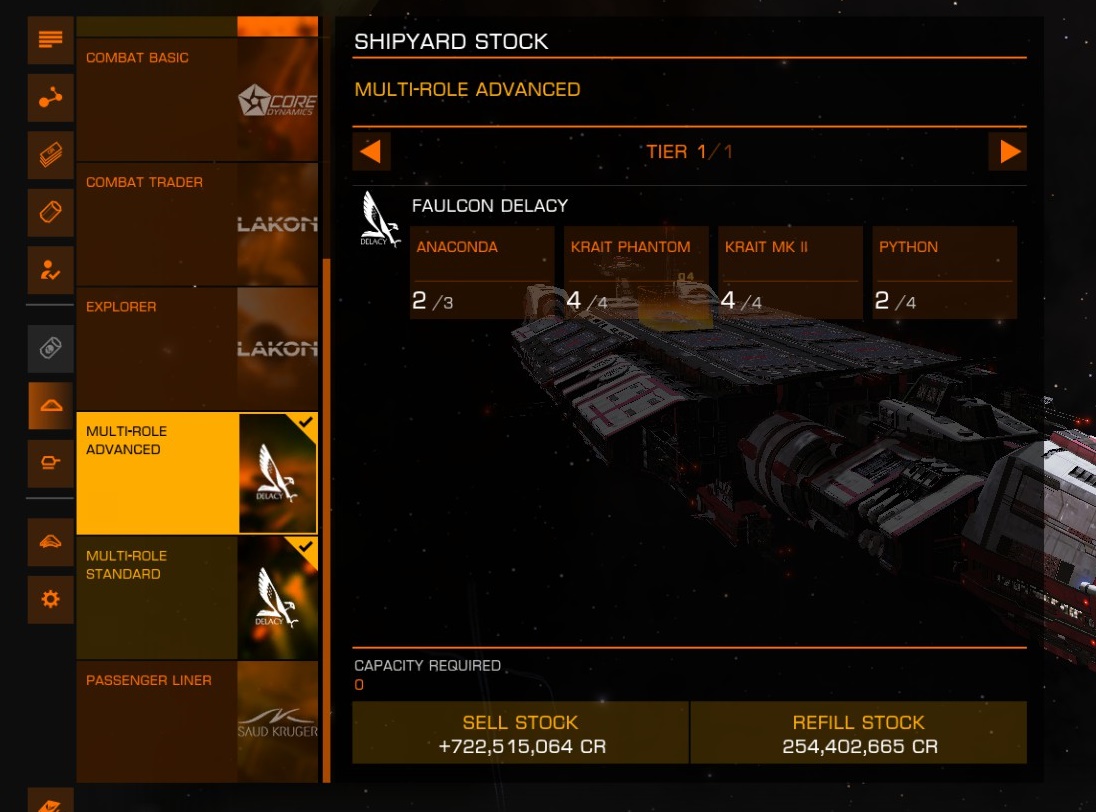 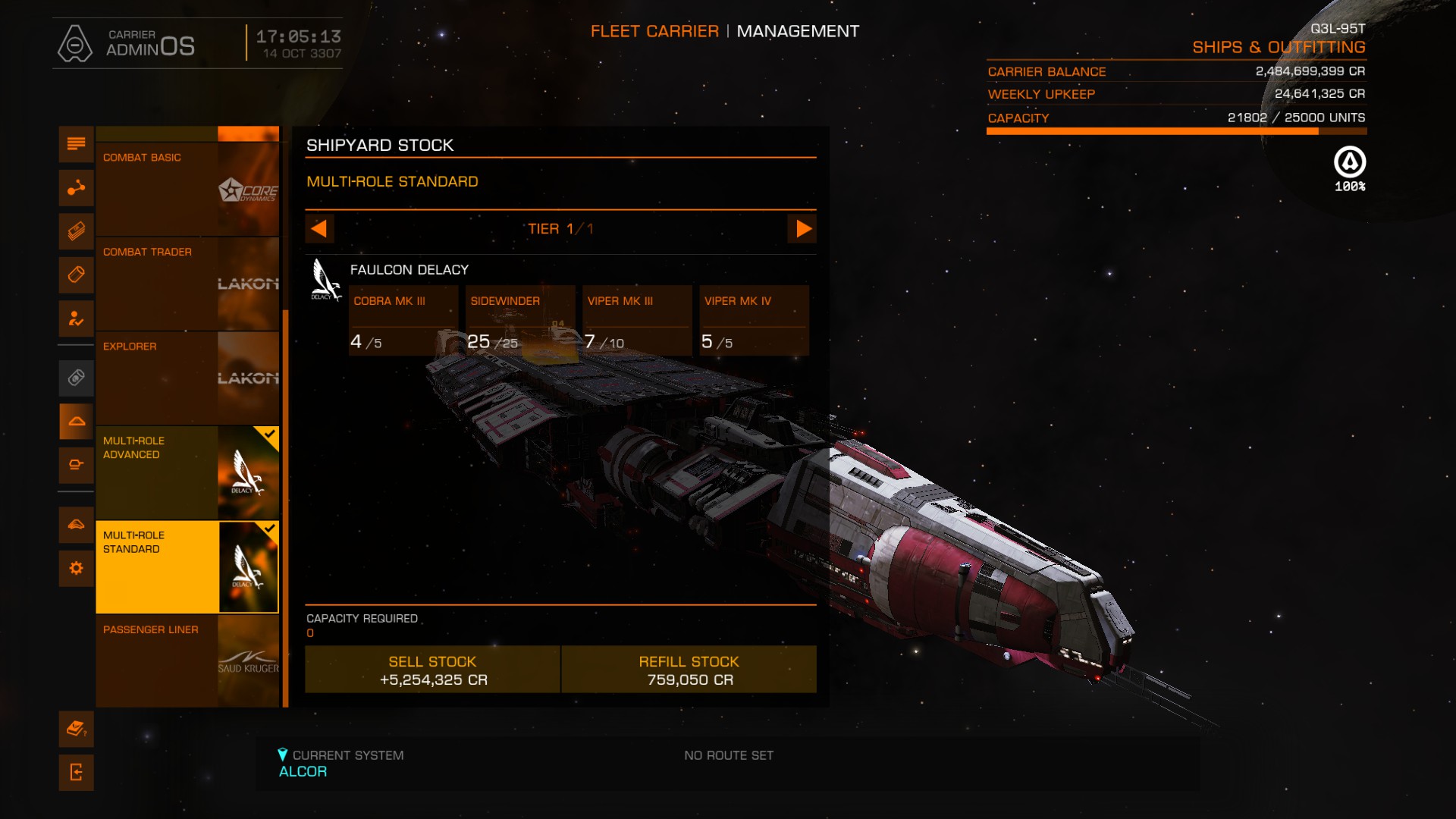 I'm guessing it's this bug? Check out the capacity required.

This was introduced in patch 4-5 and got fixed the following patch, but any modules and ships bought at that time kept the original 0 weight, this hasn't been reproduceable since then as restocking them would bring back their original weight (But only for the ships that were sold, anymore still in the carrier storage would have 0 weight until they got sold)
Last edited: Oct 26, 2021

This is great news. Really looking forward to Upd8 8 tomorrow

Interesting.
So people are actually stocking their carriers with ships? Even tho the said ships can be purchased at a discount from LYR space or from SD?

Hooray for everything. \o/

B
Will it be possible to enter the codex again, after the update? There has been no reaction from Fdev so far regarding that Problem. Game is again in a barely playable state!
PS4 Player

Hoping for the fps to increase…. Hoping.

Flimley said:
Hoping for the fps to increase…. Hoping.

Flimley said:
Hoping for the fps to increase…. Hoping.

I appreciate the problem/solution concept.
Would it be possible to add technical details from the dev that implemented the fix (if he/she agrees to share, ofcourse)?
Guess quite a few would actually be interested as some of us like myself are devs as well.