Ethics in a Literal Video Game

I tend to stay on the right side of the law mostly, though sometimes I can't pass up those juicy planet-side hacking contracts and end up with a bounty for trespassing.

Roleplay wise I'm an opportunist - staying on the good side of the law is only because it's less hassle. I'm always wary of answering distress calls, once I answered a distress call I thought I could handle (low threat level) but then some pirates showed up and though I tried to fight them off I was not in a really good ship so I left.

As far as relations with superpowers go, I considered pledging to Aisling Duval, only because she kind of looks like an anime character (blue hair!), but have otherwise attempted to maintain neutrality between the various factions.

This is one of the first threads I've read in its intirety lol too much here that had me laughing, so in return I shal impart my own in game/in character ethics


I guess you could say I'm chaotic good.

"Don't be a jerk" is probably the only rule I hold myself to as a CMDR in Elite. I've traded in slaves, narcotics, weapons etc... I've done election wetwork, massacred civilians for a mission (although I refuse to take those kinds of missions now), shot clean trader ships for mats in anarchy systems etc... I very often ignore distress calls because most of the time they don't end up being what I think they are, and I only donate for rank and rep.

Heck, I've even done a bit of piracy against other clean CMDRs - non-lethal and more to be entertaining than anything else.

Generally when it comes to other CMDRs, I won't be the aggressor or act like a jerk, and I'll help out where I can. In my very first PvP fight, I drew a station ganker away from the station so traders could leave during a CG (I ended up losing the fight and respawing in a different instance, but hopefully I was able to help a few people).

'None' isn't an acceptable answer, because the Universal Rule is 'do what I find fun'.
Click to expand...

My morals are fluid.
I do trade in slaves and narcotics. I am unable to view the faceless slaves in the game as humans and thus consider them to be just another type of commodity.
If FDev would be able to give these slaves a face, to make them feel to me as suffering humans, then I would no longer trade slaves.
I have been asking for a way to get engaged in the liberation of slaves, some sort of 'underground railroad'. FDev could build engaging new game play around this. I would then certainly get involved. As it stands slave trade is just a way to get credits.
The only thing I do not like to do is attacking clean NPC ships (I only play solo), although there are situations in which I have crossed that line too.
In Powerplay for example the merit grind is so abusive that I decided to massacre transport ships 'en masse' of a certain faction to get my merits and attain rank 5.
It worked very well, but it also got me more than 40 million in bounties on my head.
I like to help out npc characters, but sadly the current limpet system is too rigid to be of any use.
I almost never carry fuel or repair limpets and it is frustrating to encounter an npc in need of fuel when I am not able to program my limpet on the spot to help them out. I now do not answer calls for help anymore. I do sometimes help out an npc ship under attack by pirates.
In Ghost Recon Wildlands you can sometimes see citizens being mistreated by narcos, or being held prisoner. In that game I always take the time to to take out the narcos and free the victims. It is different there because you can actually see the npcs acting like they are afraid and they ask you to free them.
I also loved to free slaves in Assassin's creed and kill the slavers.
I only donate to factions if there is something to gain for me also.
NPCs rarely complain.

I spend a lot of time on planets and moons looking for mats and what ever else I can come across. On occasion I'll come across some escape pods. Remembering all the months as a noob hauling passenger's to make cr's and because they didn't get their "Please Source Me some ...?" wanted off at the closest station with no payment. I never left them off and eventually they bailed ship in a pod. Thus now when I happen across one, I'' run over it a few times, scoop and then jettison it a couple of times, just to get their attention and hopes up for a possible rescue. Then destroy them!

Video games allow one to do things on occasion when one feels in the mood to do what one can't do or isn't allowed to do by society standards in real life.

No slave trade.
Except when matching each ton with a ton of weapons. Don't need to be delivered on the same run. Shipping slave first then weapons is OK. Should be on same day.

My Commander is...something of a grey area...

I used to sell these in school.

Good grief. I haven't seen those since I was a kid. Can't believe they were ever available. I wonder if they still are. I don't suppose you could hook me up... Is PayPal okay?

Jmanis said:
Depends if you're talking about the faction my group supports, or my group themselves, i guess?

The faction I support was pitched as a frontier Imperial entity, operating essentially as a military junta. When I've described them further to non-Elite players, people tend to say "Ah, space-racists!" which might not be too far from the truth, at least if you define "race" as Federal, Imperial, Alliance or Independent. Basically they've got nationalistic view, and claim the core Imperial worlds have "lost connection" with true Imperial values. As such, the faction has definitely expressed support for the cause of Nova Imperium and Hadrian Duval. The faction originally held support for Denton Patreus, though his lack of presence in the region and recent support for ALD has weakened that opinion. They reject the authority of all other entities except for immediate Imperial neighbours, or non-Imperial dictatorships, for demonstrating "True leadership". All others are put to the sword, so to speak. The faction themselves were born from a time when Torval was the incumbent power, with the "homeworld" almost slipping into the hands of anarchists under her watch. The faction was formed to fight back against these elements through ensuring "martial law", however after the vast success of the campaign against the anarchists, local support was maintained for the new rule of military.

As for my own pilot, they're an Imperial loyalist, but a shadow puppeteer of the above faction, pulling strings behind the scenes. Their ultimate goal is research and weaponisation of alien technologies which could give the Empire the upper hand. Experimentation on the general populace is not out of the question, with several UA bombings (of most note, Jacques) to their name. Towards that end, they affiliate closely with Canonn. Support is afforded to any and all xeno-research, though ones favouring weapons or defensive systems effective against humans are most-sought after. They'll do whatever it takes to make this happen, and their relationship with the above faction is for access to a military to channel these efforts through.

By way of comparison, if the faction was led by Wonder Woman's take on Erich Ludendorff, then my commander would be some analog of Doctor Poison. 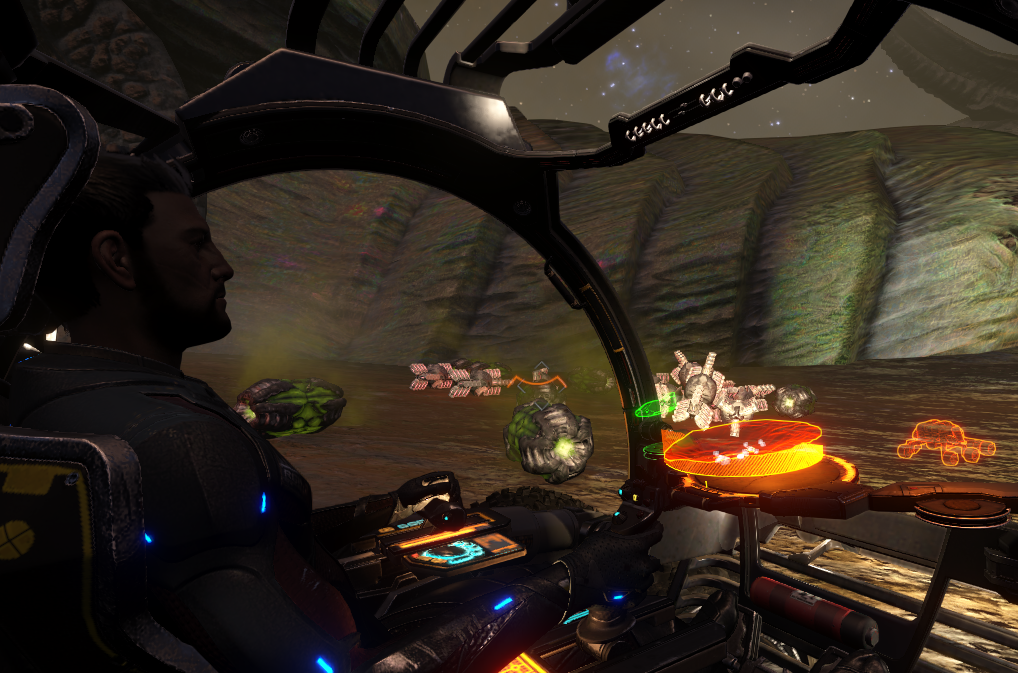 I try to avoid shooting clean ships.
That's about it really. I'll trade in anything when the bgs/missions asks for it.
I mostly ignore distress calls. I will pick up escape pods when I come across them though.
I also enjoy (or rather, enjoyed) helping out systems in famine or outbreak. But there's a lot of credits to be made in that as well. So yeah, my cmdr is an opportunist I guess.
Don't be a richard is already a rule I live by.
Oh and I try to throw an o7 at any cmdr I come across. Just makes the galaxy feel alive a bit more.

Jenner said:
Yeah, that's something I hope Brett and the web team can sort out. It's cropping up more and more, unfortunately.

Maybe it's hints for Raxxla?

The ethics of tricking kids into learning something? Hmm, well, I guess so long as it's enjoyable to them too.

I'll start:
'None' isn't an acceptable answer, because the Universal Rule is 'do what I find fun'.
Click to expand...

I won't attack a player unless attacked first.
Other than that im a complete grey hat.

I don't think it matters if you have no allegiances.If you seduce and then betray an attractive
Thargoid, for instance, your situation is no worse than if you ran away to seek a new life together far from the viscisitudes of the bubble. Enjoy your time together,however fleeting it may seem.You'll always have EOL PROU IW-W E1-939.

Banned
D
It's a video game.
I do what I like, and however I feel necessary to advance my objectives ingame.
Things I do don't have to make sense, just because. Full stop.

I would ally myself with any faction just to gain Rep+++, then work against them at the next minute for Credits, then work with them again.
I kill NPCs for profit and fun when I see fit, then run to Insterstellar Factors to clear my name, or just leave it if I know I'm not going back there again.
I meta and use game exploits wherever I can and see fit to get a shortcut ahead.


I am amoral in this simulated galaxy because I recognize it as a game.

I'll start:
'None' isn't an acceptable answer, because the Universal Rule is 'do what I find fun'.
Click to expand...

I like to deliver tons of Biowaste to factions that are supported by The Coaltion
I like to pretend to be a saviour to a thargoid distressed op only to self destruct to kill all passengers onboard.
I like to shoot the police and clean ships.
I like black market sales and engineers.
I worship thargoids.
Im always in open usually griefing engineering hotspots.
I love this game because i get to do what i want.
I tried several factions from discord but most dont use discord for voice they rather text...thats so 21st century..get with the times people.

Eleet said:
I like to deliver tons of Biowaste to factions that are supported by The Coaltion
I like to pretend to be a saviour to a thargoid distressed op only to self destruct to kill all passengers onboard.
I like to shoot the police and clean ships.
I like black market sales and engineers.
I worship thargoids.
Im always in open usually griefing engineering hotspots.
I love this game because i get to do what i want.
I tried several factions from discord but most dont use discord for voice they rather text...thats so 21st century..get with the times people.
Click to expand...