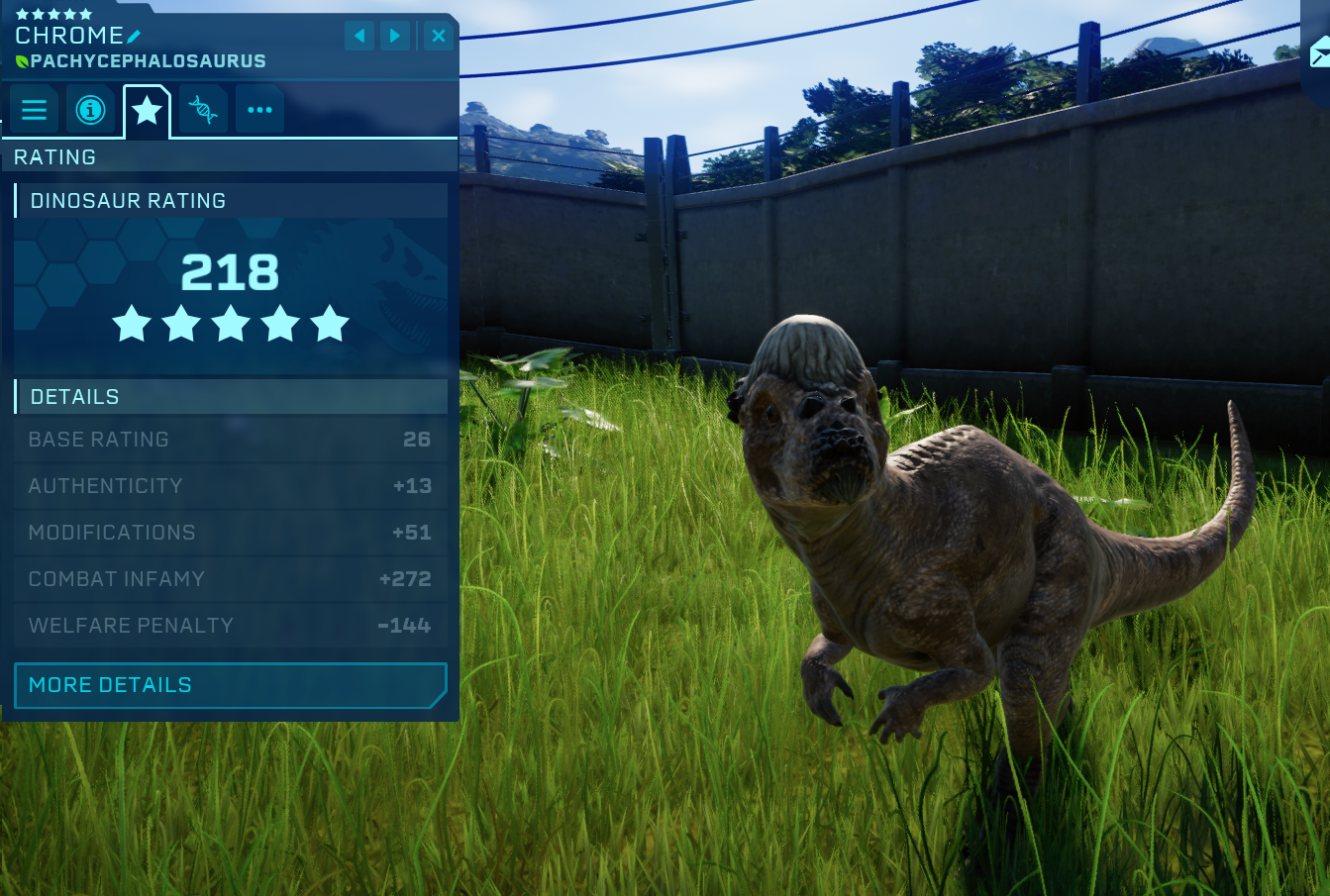 Chrome is my Pachycephalosaurus. As you can see, she has a really good infamy star rating. In due time I intend to make her as popular as Indominus Rex! You'll notice her Welfare Pentaly is pretty big, but I intend to fix that later. As you can see her combat infamy is overwhelming that negative!

I know what you may be thinking: "How does a pacifist dinosaur like Pachy gain infamy?" Well, turns out Pachy will attack one another when their social groups are made too big. This means Pachy can kill eachother for infamy! The question became, how to streamline this process. Thankfully! I have an answer! And that answer is, The Dome: 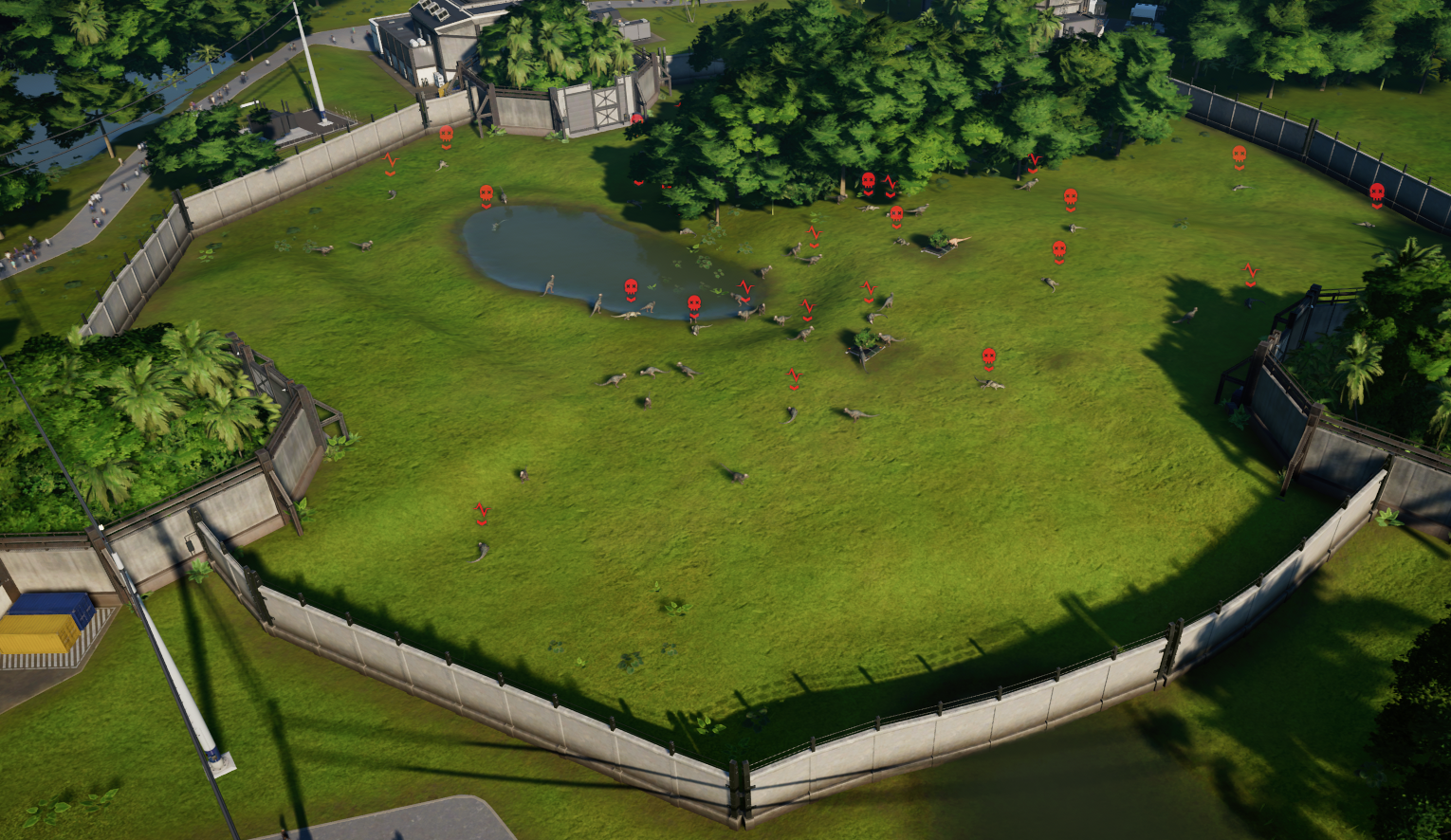 The Dome has 4 hatcheries constantly producing Pachycephalosaurs. It's really only feasable on Isla Nublar, as you can turn off dinosaurs breaking walls. What you do is put tons of Pachy together so they all fight eachother, they'll rack up infamy off one another and pool it together as very few of them will live to old age to die of old age. Then, you make a genetically modified Pachy, like Chrome, to wander around defeating the other Pachy and absorb their points. With end-game genetic mods they can easily beat other Pachy without taking any damage personally.

You want to be careful though! Damaged dinosaurs do lay down to die and can't fight then, risking their infamy being lost! You're going to want your ranger to pick them up so they can get back to fighting. Once your pachy is loved by all, you can move it to an enclosure with some pals to de-stress and shake off the welfare penalty.

Using this method you can make a famous pachy yourself, just like Chrome!

but what the hell I just read. o_o

I do not know why it is the need, but hey ... I congratulate you

M
Well. I'm sorta doing the same thing just with the carnivores. So far Indo base level manages to kill everything still

This is a great guide. I wonder, is it possible to set up a predator dome similar to this and raise the appeal of the Indominus higher than this, using the same technique? Or does it work better for genetically modified pachycephalosaurs?

PalaeoSam said:
This is a great guide. I wonder, is it possible to set up a predator dome similar to this and raise the appeal of the Indominus higher than this, using the same technique? Or does it work better for genetically modified pachycephalosaurs?
Click to expand...

If I could screenshot on my xbox easier I'd show you how mines set up. But I have just two paddocks and then to start I three modified indos st one another until the rating was over 2k. They gain rating quickly through fights

This could work with any dinosaur that can fight! You could, say, have a Rex that is modified to beat everything else in the dome. I'd suggest picking its Dome-mates that incubate quickly like Carnotaurus, but you could do it with any dinosaur!

But you better move fast, Chrome is already very popular! 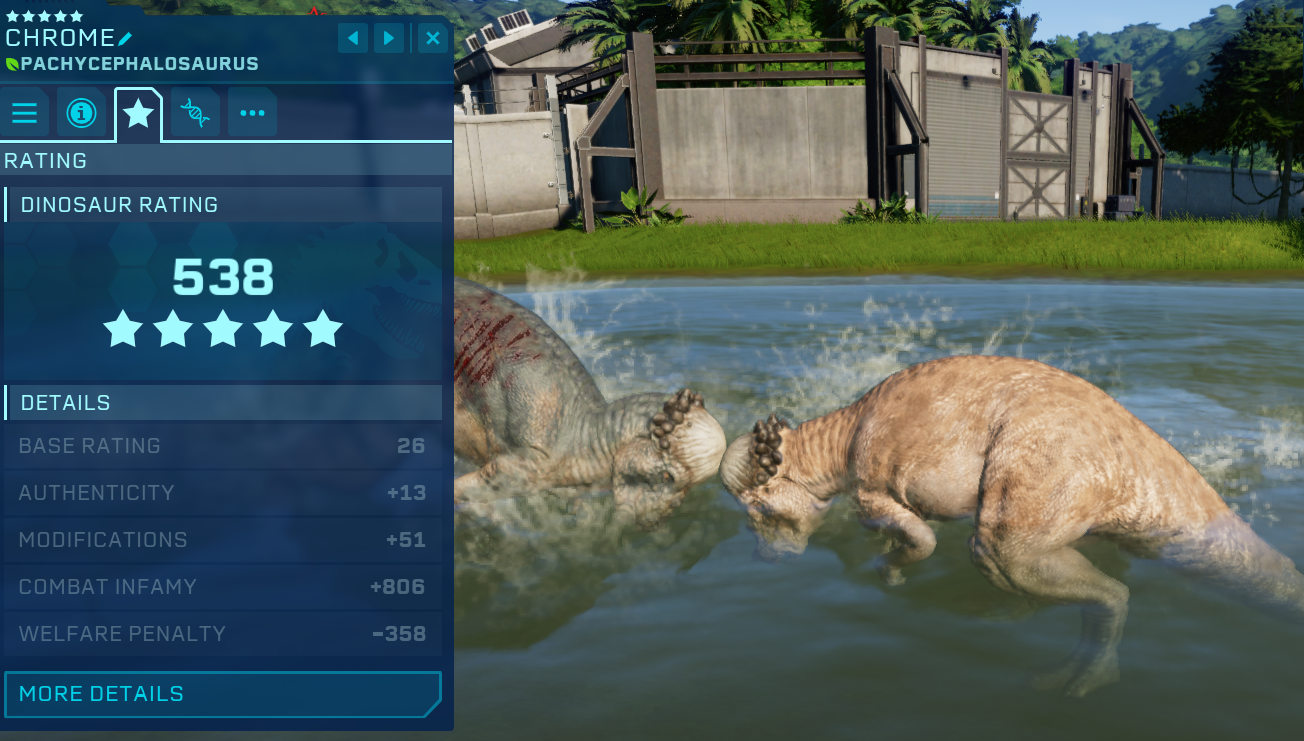