As you may know there is a ship theft story evolving on Galnet, I've heard people say what's the point?
Currently the story tells us a pilot steals a ship, it adds that he had been having vivid dreams before the 'theft'.

Or it's the start of a storyline involving people having their minds taken over in some way, or something similar, and has literally nothing to do with the development of the game - like, literally every single other galnet article really.

If players are able to steal my ships, then I'm definitely switching to Solo, LOL.

Yup, the stolen ship story arc also reminded me of that video, however there have also been other clues along those lines ages ago with the wearable computing stor arc. Stealing ships and wearable computers are both things that would need space legs to make them into actual gameplay, however I honestly suspect both story arcs are little more than fluff pieces. One of the biggest stories in elite was the Salomé stroy arc, its final act involved the ship graveyard at Tionisla, which was promised as coming soon™ since day 1, Even as 3303 it still wasn't in game for a major story event, and now nearly half way through 3305, guess what, its till absent.

I honestly would not be one tiny bit surprised if our new update for 2020 was atmospheric landings, possibly with flora and fauna using reskinned tech from zoo planet / jurassic world evolution.

TL;DR - while it is good to tinfoil about potential development, don't build your hopes up.

Nutter said:
As you may know there is a ship theft story evolving on Galnet, I've heard people say what's the point?
Currently the story tells us a pilot steals a ship, it adds that he had been having vivid dreams before the 'theft'.

Is this one of the standard I read it on Galnet so it surely means something is going to happen with the game threads?

Well David seems very keen to have this in-game, saying 'will be' is a very confident statement. IF it does come I wonder how insurance would work? you could have two copies of the ship flying round!

There is always insurance so you would get your ship back, in effect. I wonder what the point of stealing a ship actually is for a game?

M
I'm honestly terrified if FD ventures out on a journey to make us walk around. All the potential firepits, just look at multicrew and wings, wich allready are far, far away from stable..
My humble opinion ofcourse. If it comes, I will not use it, as I don't use wings or multicrew.

MDHansen said:
I'm honestly terrified if FD ventures out on a journey to make us walk around. All the potential firepits, just look at multicrew and wings, wich allready are far, far away from stable..
My humble opinion ofcourse. If it comes, I will not use it, as I don't use wings or multicrew.

Not to worry if history is any indication they'll introduce some half baked features then spend a year or two fixing it.

Nutter said:
Well David seems very keen to have this in-game, saying 'will be' is a very confident statement. IF it does come I wonder how insurance would work? you could have two copies of the ship flying round!
Click to expand...

I've long thought that ship names should be suffixed with an auto incrementing instance number on each rebuy. I would be highly amused were Ultimate Ship the Third to destroy the stolen Ultimate Ship the Second.

I'd be hunting down ships with legacy GOD roll mods and strip them!

I accept that David Braben did say that ship theft will be a part of the game in future, as part of the future expansion that brought withit the ability to walk around stations. And I am a great supporter of "space legs" I reckon it could add so much to the game, and I have commented on this numerous times. And its not just pewpew FPS that "legs" could bring to the game, roleplay and immersion would also be boosted:


Imagine hitting a station in famine state and seeing lots of malnourished NPC's begging for food, or one in civil war state and seeing a large amount of troops in camo & armour, and also some injured veterans. Imagine walking through an opulent wealthy imperial starport to get to the comodities market to buy imperial slaves, imagine taking those poor bankrupt imperial citizens to a dingy dystopian anarchy where you sell them in to full on hard slavery. Imagine trying to buy a backload of narcotics from a denizen of that same starport and getting mugged. Imagine killing time in a starport lobby/bar waiting on your ship transferring to that port, and overhearing two NPC's talking about their successes mining, you now know they are fitting uprated shields to their ship here, then heading to a starport 3 jumps away to get the best possible price for their void opals, imagine what could happen if someone were to pirate them enroute, imagine the thrill of being that someone
But I honestly don't think that this li'l galnet story arc is a teaser of things to come in 2020. While "legs" and There are however Rebuy would be an issue, can you imagine the tsunami of tears in the forum, "my 600m ccnda got stolen from me at a starport WAH!! WAH WAH!!". You'd also need some gameplay to which is the omnipresent computer in the cab clipping on you for every little transgression. Without some way circumvent the ships transponder automatically grassing you in how are you going to be able to do anything with the stolen ship? And with the computers automatically dobbing you in, what sort of notoriety would ship theft incur? And with the nonsensical crimes follow the ship not the CMDR, yet its the cmdr stealing the ships, hows that going to work? With current crimes I could steal one of your ships from storage, go on the rampage killing half a systems ships, sneak myself back into the original starport I stole your ship from, park your ship up as if nothing happened, and walk away leaving you to take the wrap for my killing spree, the first you'd know of it would be if you jumped into any system controlled by the faction I'd been rampaging against in your ship, and found yourself immediately getting swamped with ATR death squads.

Yes the stealing of the ship could be a ton of fun, splintercell style gameplay sneaking through the shadows towards the target ship, and hacking / circumventing the security protocols, quite thrilling, and not just blind shoot-em-up gameplay as so many detractors of space legs cite. There could also be a new way to complete assassination missions, sneak aboard the targets ship at dock as a stowaway, first person perspective murder them in the ship have and EVA out of the ship into a wingmans ship who gives you a lift to one of your ships. OR if the target is passenger on the ship rather than the pilot of that ship, do the hit in their cabin, when docked, or on approach to dock sneak out an airlock, or after the hit secrete yourself in the machinery spaces of the ship, and climb down the landing gear as the ship docks or when it is docked. There is then the whole game story of how the unwitting cmdr of the passenger ship explains the corpse in his passenger cabin, and how they get exhonourated from a murder they did not commit, ie your hit aboard their ship.

Such infiltration needn't necessarily end in death of a character, how many times have you ran data courier missions and had npc's trying to ambush you to stop you delivering that data, using first person stealth mechanics you could sneak onto a ship at dock, delete the data enroute, sneak off the ship at the destination starport and chuckle to yourself as the cmdr whose ship you stowawayed on has to explain to the mission giver and recipient factions that they don't know how, but they have lost the data.

I hope this never degenerates into Grand Theft Spaceship. The Stupid Factor would exceed terminal velocity.

A pseudo "Star Citizen" done right!" Elite seems to be doing all the same aspects, but in reverse.

Not looking forward to FPS in the game, as you will now have a personal weapon to shoot that commander "stealing your ship".

I guess it's exploration full time for me. See you in the black.

Personally I never was a supporter of space legs but there are a lot of already existing structures that seem to point in that direction. I wouldn't be surprised if spacelegs would be the next big thing. But I would be pleasantly surprised if it would be atmospheric landings instead. If both, all the better of course, as both seem to be milestones towards the completion of ED. With spacelegs I still can't imagine proper gameplay connected to it, besides stealing ships (as a pirate act like boarding in space, but not from a space hangar as a regular gameplay element. That would be ridiculous).

I also have a strange feel that this time the GalNet news are introducing something new and beyond just lore - but not spacelegs.

Yes, I remember when David posted videos like that. Full of enthousiasm and vision. Never heard from him again after he got my kickstarter money though :-(

Where was the "soon" bit?

Nutter said:
As you may know there is a ship theft story evolving on Galnet, I've heard people say what's the point?
Currently the story tells us a pilot steals a ship, it adds that he had been having vivid dreams before the 'theft'.

I do love listening to Davids enthusiasm.

These videos make for a good watch and add some perspective to the game's development. That being said, things have changed and stalled a bit since then.

I must admit that their purported vision for the game seems much more immersive and compelling than what we've ended up with so far, not that what we have is something to scoff at. It does seem to fall rather short in comparison though. 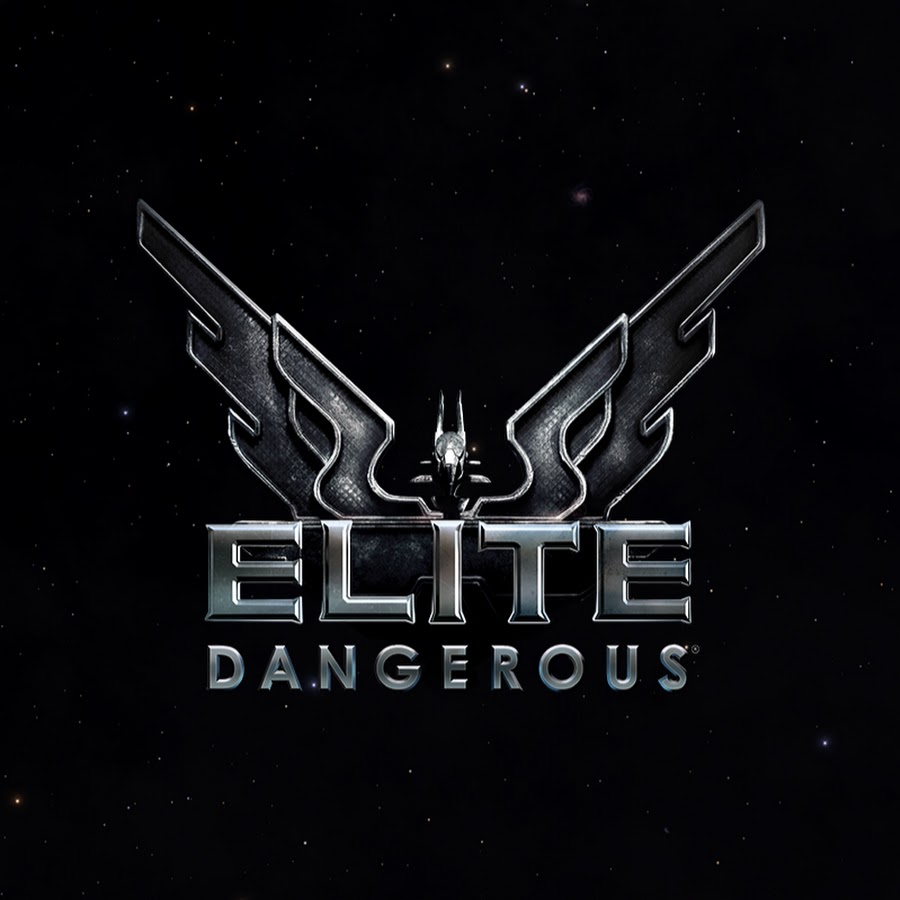 Stealing ships... only if there's a way you can lock them and theft only happens when you screw up and forget to lock it.
You must log in or register to reply here.
Share:
Facebook Twitter Reddit WhatsApp Email Link
Top Bottom