Our summer update will be with us soon and after the fantastic response to our other Feature Focus articles, we wanted to share some more details of some of the features you can look forward to in this upcoming free update!

In this Feature Focus we’re going to be looking at some of the improvements being introduced to our dinosaurs and the reasons behind them. 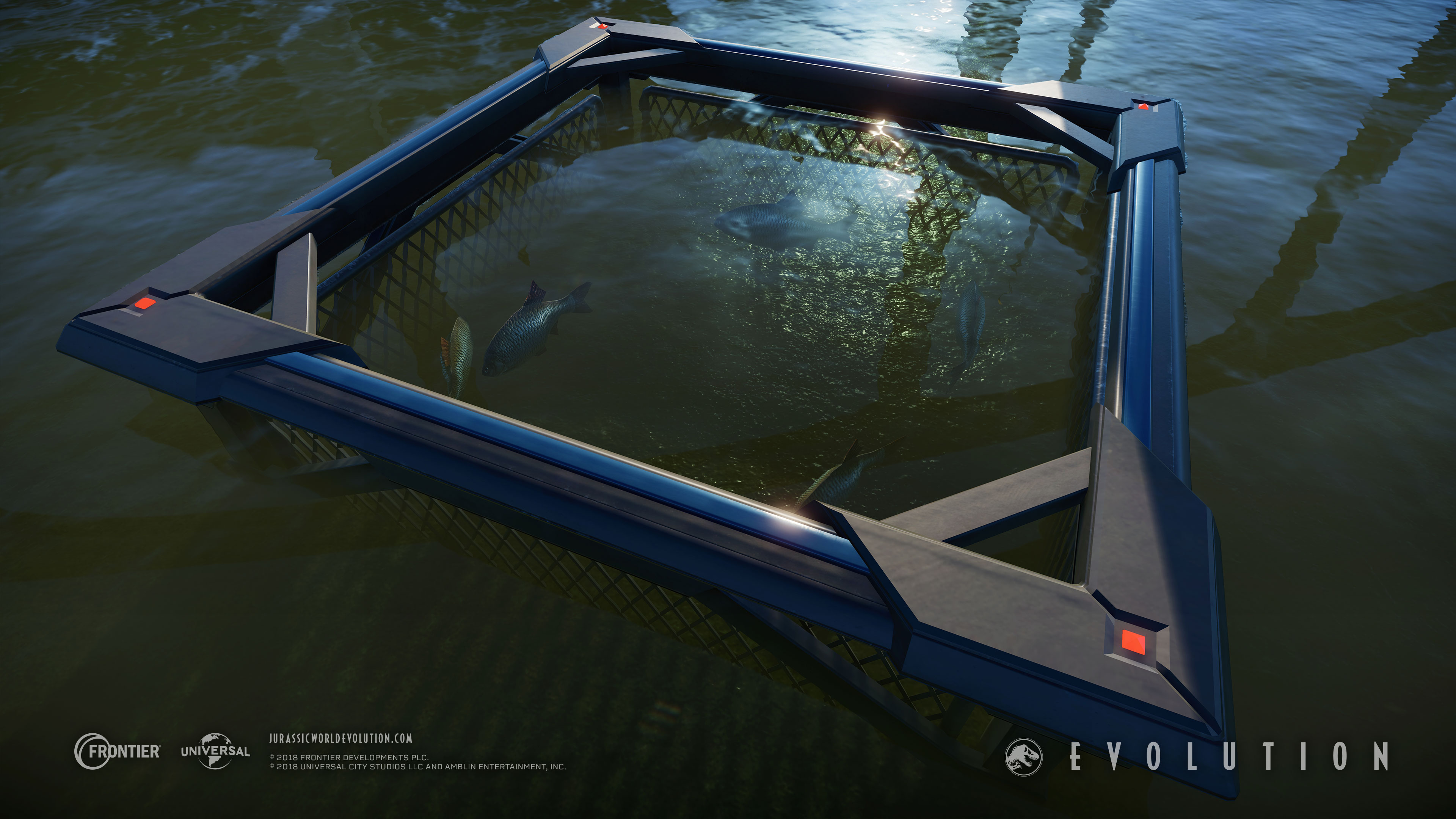 All dinosaur species are different and whilst their requirements are different so far, there’s even more we can do make them stand out further. With this update we’ll be looking at focusing more on the queens of our ponds and rivers with new Wetland requirement needs. We’re adding this for Spinosaurids, such as the Baryonyx and Spinosaurus.

Alongside their existing needs, your Spinosaurids will have a Wetland need that requires balancing when you build your enclosures to ensure their happiness. This change does affect dinosaurs in existing saves - so make sure that you’ve got an adequate water supply in place, or that you’ve got some very strong fencing holding them in until you do!

We all care about the dinosaurs in our parks, and they deserve a suitable diet. This is why with our summer update we’re introducing new fish feeders for your wetland dinosaurs! As part of the Wetland need, you can use Fish feeders rather than the Carnivore feeders for authentic management of your Spinosaurids. The fish feeder itself must be placed in water, and can be found in the same build menu as the existing feeders. It also blocks an area around where it is placed, to prevent any mishaps with terrain tools! There’s new eating animations too, for when the dinosaurs eat from the fish feeder. We’ve also updated the Expedition Map with a third Fish icon, just to make sure you know what you’re getting into when you go digging!

It’s important to us that dinosaurs react as realistically as possible, which means making sure they can defend themselves where possible. We’re introducing improvements which will let Pachycephalosaurids defend themselves against small Theropods such as velociraptors.

For a more complete list of what’s affected, the newest contenders entering the thunderdome of dinosaur combat are Pachycephalosaurus, Stygimoloch and Dracorex. They’ll be squaring off against the Velociraptor, the Deinonychus, and the Dilophosaurus, and will also throw up fists – well, skulls – against Troodons if you own the Secrets of Dr. Wu Pack. And they’ll stand their ground against the Proceratosaurus and the Herrerasaurus, if you’re a proud owner of the Carnivore Pack.

All three of the new contenders have finishers to back up their fighting prowess, and we’ve improved the Pachycephalosaurid specific finishing animations for the small theropods they’ll be scrapping against.

As part of our summer update, we are introducing a number of improvements to the dinosaurs of Jurassic World Evolution. Sauropods will no longer be panicked by large Theropods but instead remain calm against creatures that pose no threat. Dinosaurs can now be selected whilst they’re in forest, so you no longer need to wait around for them to show themselves if you want to check their details. We've also decreased the flee timers and threat radius values on our vehicles to reduce dinosaurs panicking as they drive by.

Last but not least, we're making some changes to when dinosaurs go to sleep. Previously, dinosaurs would just sleep when they were comfortable, which, if you looked after them well, could be any time of day. With the summer update they’ll have a higher chance of sleeping during the night as well!


While this was our last Feature Focus for the summer update, you'll be hearing more from us very soon...!
Last edited: May 23, 2019

Oooooh, this was very sudden...!

Oh my god! Yes. My Spinosaurus will be pleased! Thanks for the news.

This is amazing. absolutely brilliant work. I already have a kind of wetland look for my spino by laying a gyro track and then just putting water through the rest of the enclosure, but having the tools to enact it properly will be tippety top. Really like the wetland comfort addition too!

I did not expect that! Fantastic improvements!

Man this is huge, thanks FDev for all your hard work.

Frontier can you please answer my question: Will Suchomimus be affected by the fish feeder and swamp change too! Thank you for this surprise drop btw

Velocity said:
Frontier can you please answer my question: Will Suchomimus be affected by the fish feeder and swamp change too! Thank you for this surprise drop btw
Click to expand...

I believe they will eat as suchomimus is a spinosauroid. Now I am curious if this affects the spinoraprtor

Wow! Was expecting to wait a week for more info. Thanks guys! Loving your work.

J
This is Amazing! Thank you for this update!

Adding on, decks, I can say with utter confidence that the player base has been overjoyed by all of this. I really do hope in the future more feature focuses will be implemented!

G
With the wetland needs update for spinosaurs and the fact it barely affects existing saves, it’s a good example of how saves for mainstream games that still undergo development after full release can work out without going though too many unfair stuff per update.

I’m very interested in experimenting with all of these new features when the Summer Update arrives!