We recently revealed Jurassic World Evolution 2 to the world with a little help from Jeff Goldblum and Geoff Keighley. If you haven't seen the trailer yet, you can check it out below! We are incredibly excited to enter this bold new era along with you, our amazing community, and we hope you will join us as we reveal what we have in store for you.


Over the coming weeks and months we will be counting down towards the full release with a wide variety of community activities on our forums and social channels, so don't forget to stay tuned for that. We're also bringing you a host of Feature Focus articles to highlight a small portion of what's to come in Jurassic World Evolution 2.

In our inaugural Feature Focus we will be discussing some of the new features and mechanics to consider when acquiring and managing your dinosaurs and prehistoric reptiles. 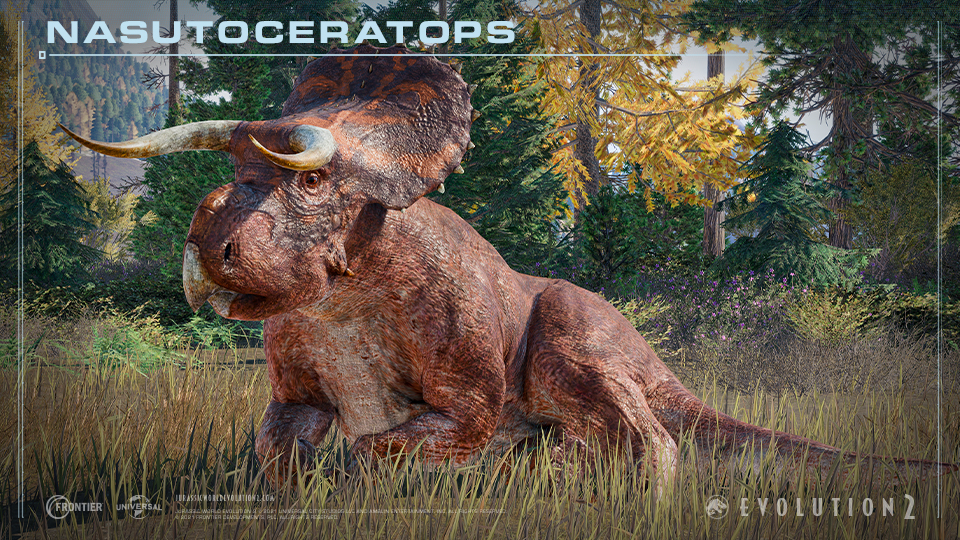 We have updated the process of acquiring and bio-engineering dinosaurs in your parks. Extracting DNA from their fossils allows you to build out their genome, and then create them in your Hatcheries. While dinosaurs in Jurassic World Evolution had to be created one at a time, the Hatcheries can now create and release several dinosaurs at a time, letting you populate your parks with more dinosaurs a lot faster than before.

The process is split into two stages: Synthesis and Incubation. In Synthesis you create a clutch of eggs and can apply genetic modifications to tweak everything from dinosaur social traits, lifespan, and skin patterns and colouration. The results of genetic modifications are revealed at the end of the Synthesis stage, and your dinosaurs may have both desirable and undesirable traits depending on the modifications you choose. In Incubation the dinosaurs are raised to adulthood inside the Hatchery and the dinosaurs can be released into your park!

Dinosaurs can also be released in groups from a single Hatchery, so all the dinosaurs you've bioengineered can start exploring their new world together instead of going one at a time. Another feature we're excited about is "Remote Release", which lets you transport dinosaurs directly from a Hatchery to a different point on the map. This lets you separate Hatcheries and enclosures, in case you need a little extra space for more dinosaurs.

Bio-engineering isn't the only way to get dinosaurs into your parks! Certain modes allow you to transport live dinosaurs into your park from the wild via remote capture and narrative events and in some levels, they'll be wild dinosaurs in your surrounding area that you need to locate, tranquilise and transport back to your facilities. Ensure your enclosures have everything the dinosaur might need in order to thrive. How you respond to these events is up to you, but they will certainly bring in dinosaurs that add something unique to your parks! 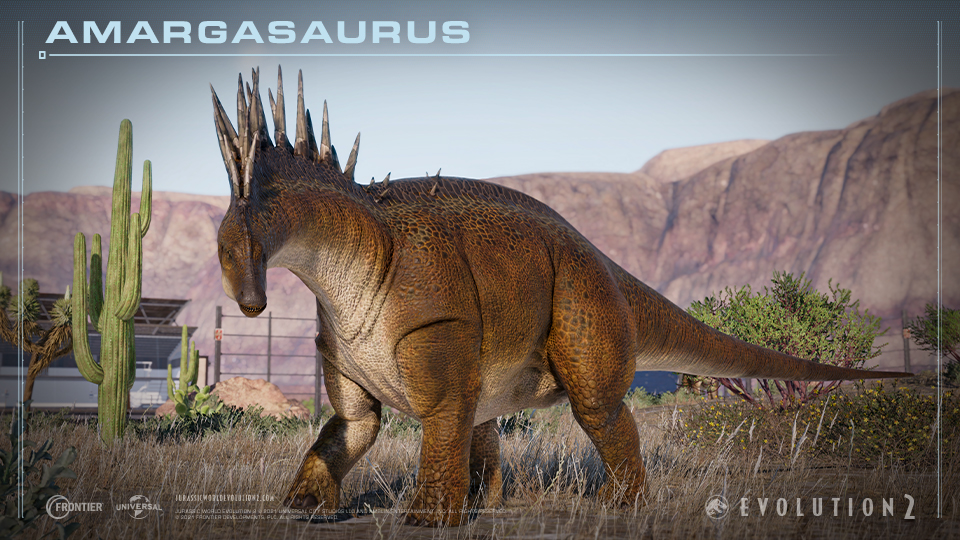 All dinosaurs have needs and requirements for their enclosures that you need to fulfill. You will need to provide food, water and a comfortable environment in your parks for your dinosaurs to thrive, and different species have different needs.

Dinosaurs will naturally create territories inside their enclosures based on their environmental needs. They will also seek to expand their territory if they aren't satisfied with what's currently available. Territories are a new feature in Jurassic World Evolution 2, allowing you to design more flexible enclosures. You will also need to put more thought into where you place your Viewing Galleries, as dinosaurs will roam around a lot more than they did previously. You're not guaranteed that they will stay in the same place for long periods at a time, especially if you have a big enclosure.

Your dinosaurs will exhibit new behaviours and react to their surroundings. We've added new animations for when dinosaurs are resting, socialising, walking, running, hunting, and fighting, making them more realistic and natural. Carnivores suited for it will engage in pack hunts and show a more dynamic range of movement when taking down prey. Dinosaurs that are considered prey might be able to escape predators and continue living, after a visit from the park's medical staff, of course. Wounded and sick dinosaurs can be treated in the field by the Mobile Veterinary Unit, a new Park Team we're introducing in Jurassic World Evolution 2. Major injuries will need to be treated at the Paleo Medical Facility. We will have more to share about this at a later date. 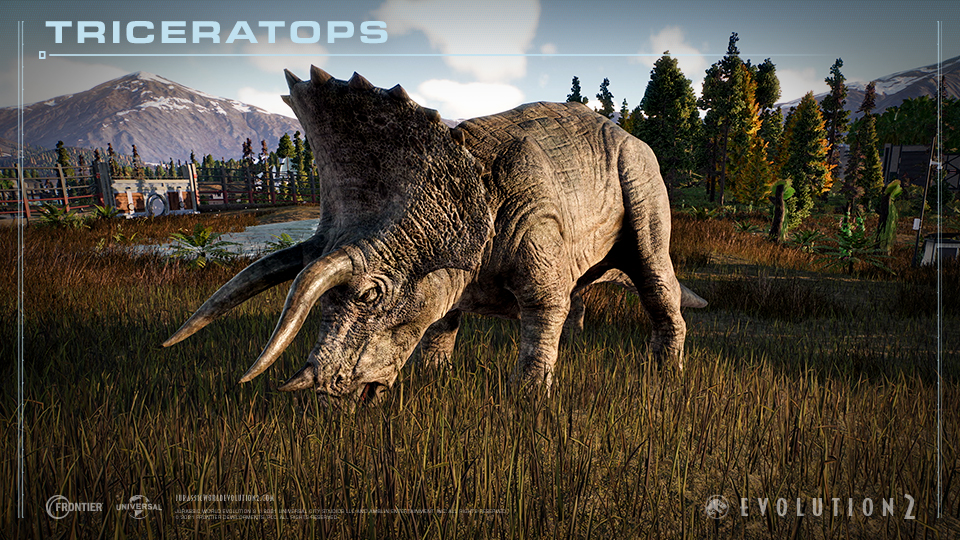 To stay on top of the welfare needs of your dinosaurs, your Ranger Teams can link up to Ranger Posts that can be placed inside your enclosures. These will be visited by Rangers when they're out on patrols, letting them scan every dinosaur within the range of the Post. You can still task a ranger with scanning an individual dinosaur, in case you need an update on how its doing.

We hope you're ready to take on the challenges of Jurassic World Evolution 2 later this year. We are very excited to see how you fare when trying to take care of the ancient reptiles and dinosaurs, and we can't wait to see the amazing parks you create. Let us know what you think of the new gameplay features in the comments below.

Join us in our next Feature Focus for a look at customisation, and the different ways you can put your unique touch on both dinosaurs and park buildings. Until then you can follow us on Twitter, Facebook and Instagram, and join the discussions about the game on our forums!
Last edited: Jun 23, 2021

NICE! That means my para can survive being attacked by a rex!

D
So excited! You guys listened to the community to a whole 'nother level!

how much I missed these feature focuses

The way dinosaurs hunt and migrate sounds like it will be a much more lively time!

The new incubation methods, as well as the new method of transporting dinosaurs with Remote Release is a blessing for housing large population dinosaurs in far off exhibits.

Hello frontier ! Great news ! Especially with pack hunting and various Animations ! Can’t wait to see real béhaviours now… I have a question : are Rangers can be eaten now ? Does it have ACU teams by foot to capturate dinosaurs and can they be killed or eaten ?

O
Something I am interested in knowing is the Synthesis and Incubation process. Will we be able to synthesis more than one type of dinosaurs or will it be the same dinosaur for the entire cluster?

A lot of excellent information there! Thanks

D
This territory system looks very interesting. I look forward to seeing these mechanics in practice.

I
Lots of good stuff there. A lot to digest. Need to see gameplay before passing judgement

Will the Five Deaths or at least Nublar be available in JWE2?

It is great to hear what this game brings! From having read this feature focus it seems to me that you gave us some more information regarding the features described but are still keeping quite a bit of things regarding these features close to the chest, which is understandable. Would the next feature focus which you stated will talk about customization, and "the different ways you can put your unique touch on both dinosaurs and park buildings," be similar in manner to this feature focus in that you will still hold quite a bit about the features within the focus close to the chest to be seen at a later date?

Also just to make sure I understood this correct, there are 2 topics or so that will be discussed in the next feature focus :1) customization(hopefully you mean habitat/biome/nature customization (which includes terraforming tools; huge amounts of placeable trees, rocks, ferns, etc. from various biomes; the ability to place and angle the individual placeable trees, rocks, ferns, etc. in anywhere and any way we desire, so no hitboxes like PZ; tools to create waterfalls, geysers; terrain paints, etc.)); and 2) various ways to put unique touches on both dinosaurs and park buildings?

Excellent !!!!, I have a lot of faith in this new game. Will there be new different escape mechanics for each type of dinossaur?

D
Would this pole with a camera be part of the ranger's outpost? o.o

Does this means that rangers are still vulnerable?

ZawiszaTheBlack said:
Will the Five Deaths or at least Nublar be available in JWE2?
Click to expand...

I want them as bonus maps at least for challenge and sandbox!

C
Does this mean we will be able to create "safari" style parks where herbivores and carnivores share a living space, with the carnivores only hunting when hungry/multiple carnivore species keeping separate territories, with only manageable fighting and hunting levels?

ChicagoZohan said:
Does this mean we will be able to create "safari" style parks where herbivores and carnivores share a living space, with the carnivores only hunting when hungry/multiple carnivore species keeping separate territories, with only manageable fighting and hunting levels?
Click to expand...

And where tourists can be eaten?

M
I wonder if the territory system will change the social and population limits?
It always bothered me that larger exhibits couldn't support larger populations, and that dinosaurs would fight to the death until their social group was the right size even if the space was big enough to support separate groups.

I hope some species don't have any social cap at all and will happily form huge herds as long as they can find enough territory to support the whole group, and I hope the less social species will split into separate social groups once they've reached their social limit as long as each group can find enough territory to claim.
You must log in or register to reply here.
Share:
Facebook Twitter Reddit WhatsApp Email Share Link
Top Bottom