Fleet Carriers and Why I'll Be Buying One

Frillop Freyraum said:
Just a quick question: I'm pretty sure some of you have already figured out how much tritium is needed for a trip between the Bubble and Colonia and how much it costs if you buy the tritium. I would like to make a rough calculation if it is worth it compared to a standard ship transfer.
Click to expand...

That will depend on what you’re carrying on the carrier, of course. For a relatively low-weight carrier (1150T of services, plus just enough tritium to get there), the Spansh route plotter says around 7100T of tritium and 45 jumps. That will run you maybe 300mCr, depending on where in the bubble you buy carrier fuel, even including the per-jump maintenance.

How do I know how a fleet carrier I’ve never seen a schematic of moves anything inside itself. I wouldn’t have even a modicum of care either. This mechanic is terrible.

Since a facility exists to move it into my ship and then from my ship then there is no reason it can’t move directly.
Click to expand...

So the game for you is about convenience more than experience?

Frillop Freyraum said:
Thanks. So as a quick estimate, I should be looking at something around 500 million. Looks like a good bargain, since I paid over a billion for my ship transfers to Colonia.
Click to expand...

Depends on your overall weight with fuel and modules but 300 to 500M should get you there without mining.

I used about 6000T to get from Omega Sector Mines to Colonia (Kojeara was the system I landed in).

Maggie_Oz said:
So the game for you is about convenience more than experience?
Click to expand...

Currently I'm at 9KLY from Sol

Usually I turn off shields when I'm exploring, but now I can just store them on the FC

Interestingly, instead of Anaconda, AspX, and DBX - I find myself using the Dolphin. It's fast, maneuverable can easily get 45LY jump range, and seems just about right for leapfrogging from stop to stop while the FC is undergoing the jump cycle.

UC - means no more worries about getting those first discovered/scanned tags.

The FC re-fuel thing is still awkward. Switch to Cutter, blah, blah
At the very least when you hit Transfer all to ship it should fill the ship top it's capacity. As it is now it does nothing (I assume because I have more in the hold than the Cutter can take).

A "Fill Carrier tank from Hold" button or an option to "auto fill from hold after each jump" would be a nice improvement.

As others have noted, the Inventory tab sometimes freezes during the Tritium transfer to the ship. I've also had a few random lockups where the menu screens can't be selected.

So basically - room for improvement, but still worth owning.

Now I'll pretty much be switching from live to beta to add more LTD's between now and release and to reach the outer rim in beta. It's fun being able to switch between the two.

As long as you don't confuse which one you're actually logged into.

GJ51 said:
Interestingly, instead of Anaconda, AspX, and DBX - I find myself using the Dolphin. It's fast, maneuverable can easily get 45LY jump range, and seems just about right for leapfrogging from stop to stop while the FC is undergoing the jump cycle.
Click to expand...

Absolutely! My Nimble Minx is now my principal exploration ship for all the reasons you cite. That's a huge change from lumbering around in my 'Conda, which is now my mining platform. 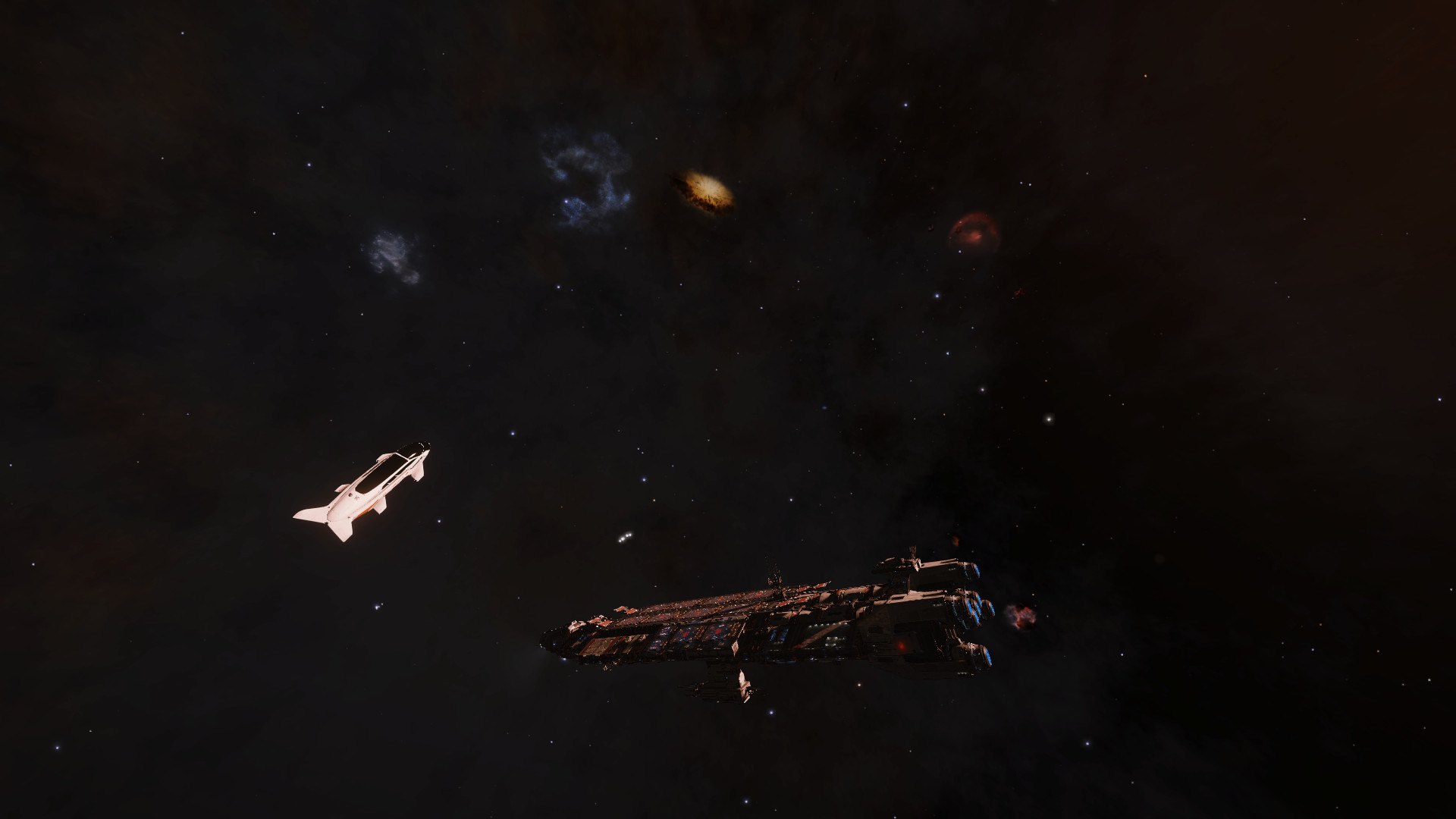 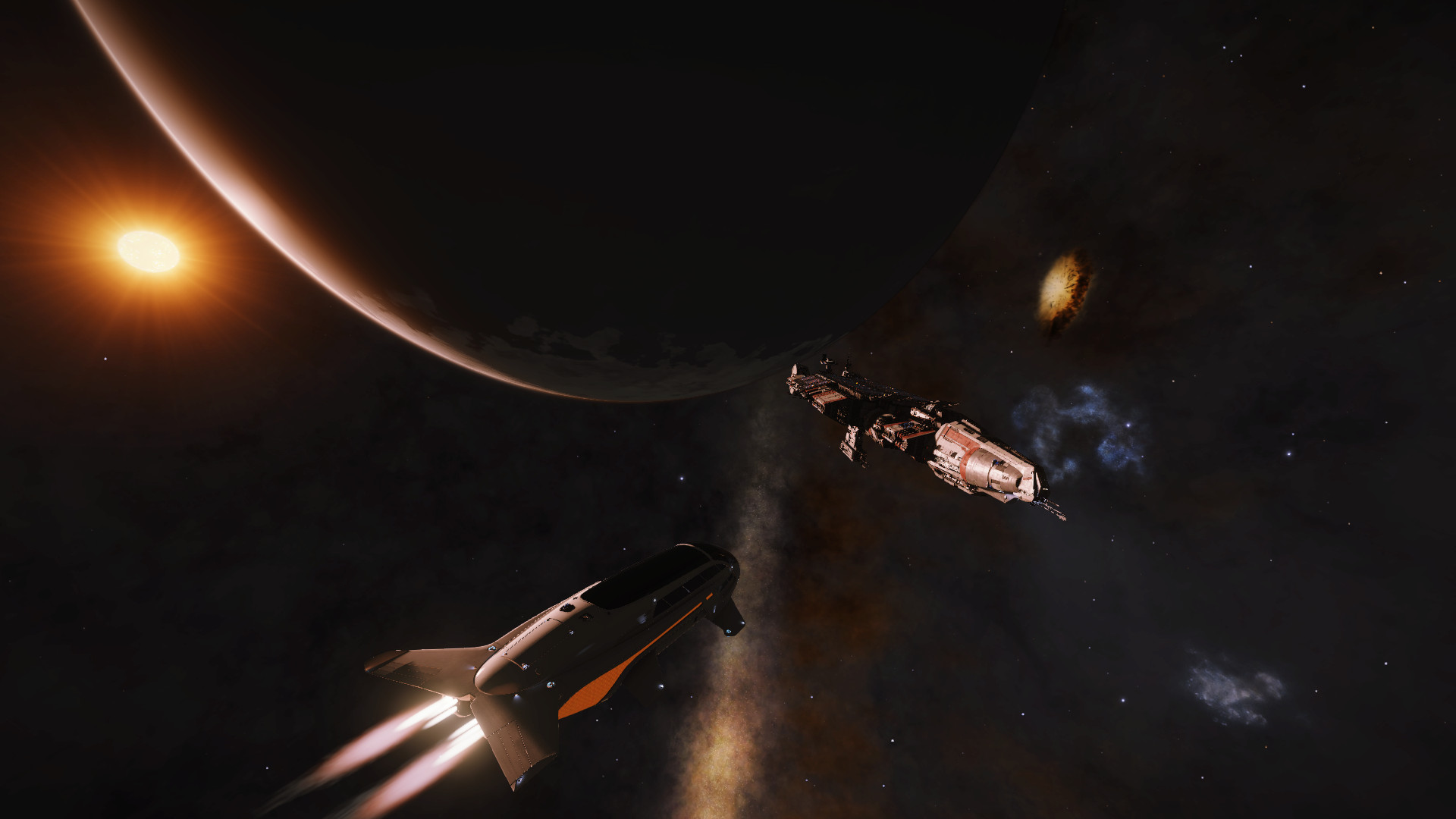 It's always nice to see some positive stuff on here. I too am excited about what I'll be able to do with my carrier, based on my experimenting in the beta. Yeah, they still have some issues, but I'm tired of hearing how they're the worst thing ever, etc.

GJ51 said:
Interestingly, instead of Anaconda, AspX, and DBX - I find myself using the Dolphin. It's fast, maneuverable can easily get 45LY jump range, and seems just about right for leapfrogging from stop to stop while the FC is undergoing the jump cycle.
Click to expand...