On 7th October at Here East, in London, we hosted the very first Frontier Expo. More than 1,000 community members turned up to celebrate everything Frontier Developments, watch talks from guest speakers, meet the developers, mingle with other community members and watch the special content reveals on the main stage.

Lead Designer Sandro Sammarco, Art Director Chris Gregory, and Game Director Laurence Oldham joined Senior Community Manager Edward Lewis on stage to talk about the year ahead for Elite Dangerous. We’ll be uploading the Elite Dangerous section to the official Elite Dangerous channel in the following week, and you can watch the full show here, but for now, here’s a quick roundup of some of the things we talked about on stage. Make sure to visit our social media channels to see some screenshots of the event and the things we announced.

Everything we talked about on stage at FX2017 will be coming to all Elite Dangerous: Horizons players for free.

In 2018 we’re launching a series of updates called Beyond. In Quarter 1 and Quarter 4 we’ll have two larger content drops, and in between that there will be smaller updates that will also add new content, ships, and quality of life improvements.

Beyond will focus on three things: narrative progression, enhancements and development of the core experience and adding new features and content to the game.

Here are just a few things we talked about coming as part of the Quarter 1 update in the Beyond series.
Engineering - We’re going to make sure that every upgrade you craft with engineers will be an improvement on what you currently have

Wings - We’re going to add challenging wing missions you will be able to take on with your friends.

Planetary tech improvements – We are revisiting the shaders and the graphs that generate our planets. We’ll be adding detail, contrast and colour for a richer more detailed, more realistic look. You’ll start to see that variety throughout the Elite Galaxy from our Q1 update.

Continuing Narrative - From update 1 in the Beyond series you’ll see all of the current story threads continue to develop. The story will continue to influence the content and gameplay of Elite Dangerous. As the community explore the locations progressing the global narrative this will also unlock items for individual Commanders.

GalNet Audio – A new way to enjoy the narrative threads of Elite Dangerous. GalNet audio will read the news to you as you explore the galaxy in your ship.

more information coming but this will include things such as new ships, missions, scenarios and other new content.

New ships will be released throughout the Beyond series of updates, and we showed off two of them at FX2017. We’re bringing back a much-loved classic from the original Elite with the Krait, and giving the Alliance some love with the combat-leaning Chieftain. 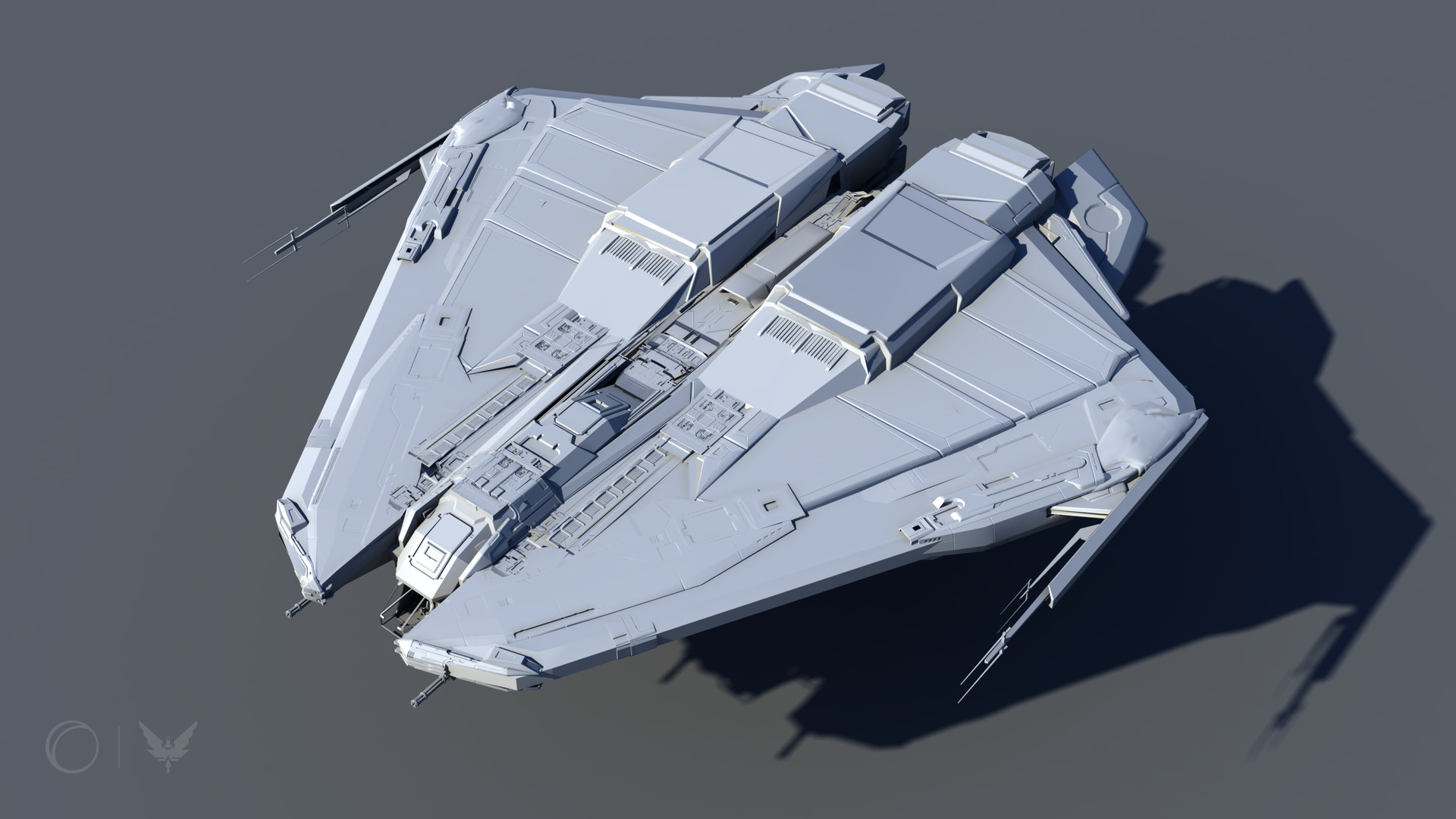 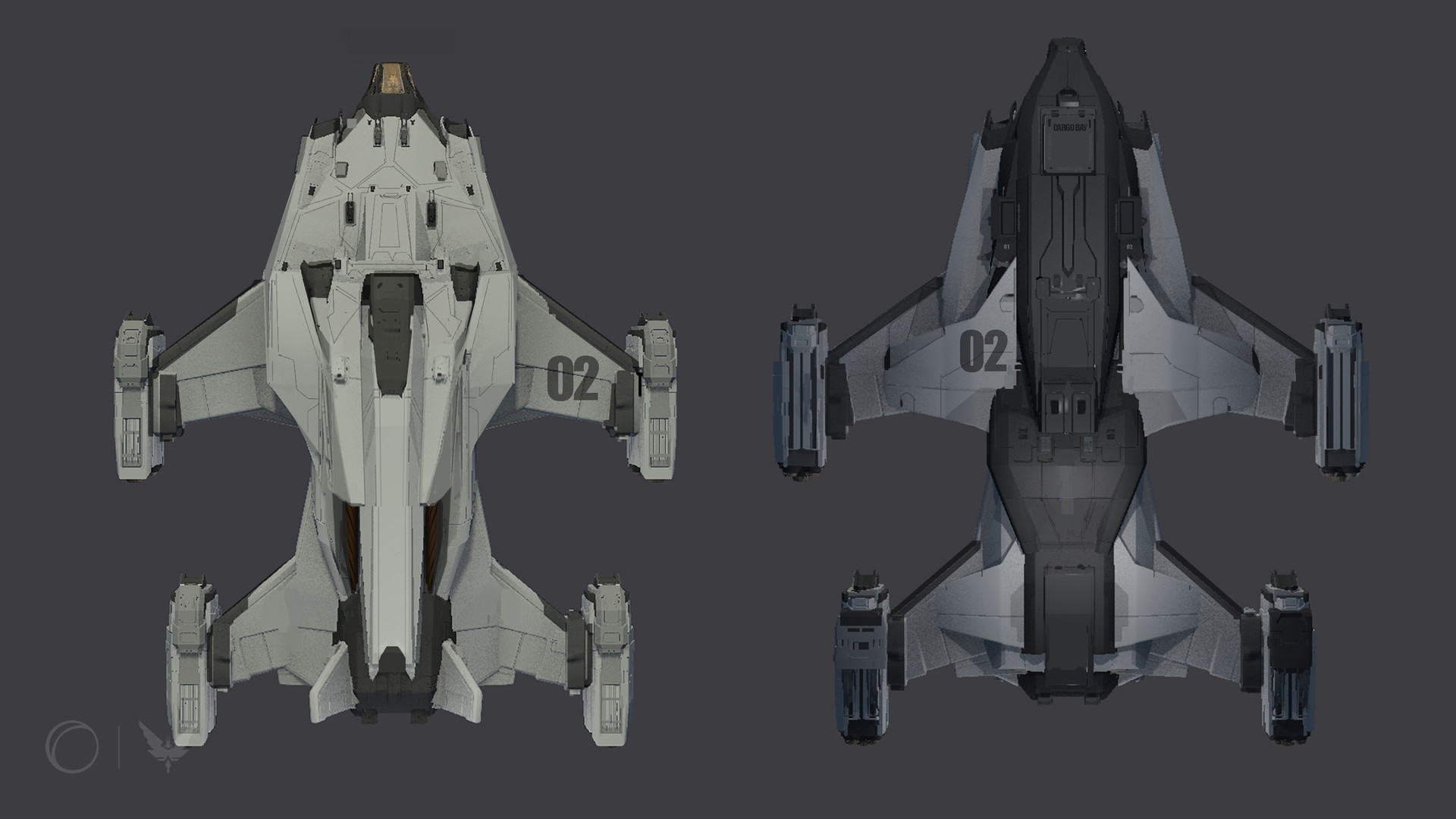 Here are just a few things we talked about coming as part of the Quarter 4 update in the Beyond series.

Squadrons - Players like working together, w so we’re going to add a new organisation structure for player groups, called Squadrons. You’ll be able to create your own squadron with tools to manage its hierarchy and membership. Squadrons will feature enhanced communication options, making it easier to coordinate your efforts, whether you’re doing completing community goals, supporting your power or manipulating the background simulation. And as a little treat, squadrons will be able to purchase a fleet carrier, giving members a mobile base of operations where they can restock, refuel and respawn. 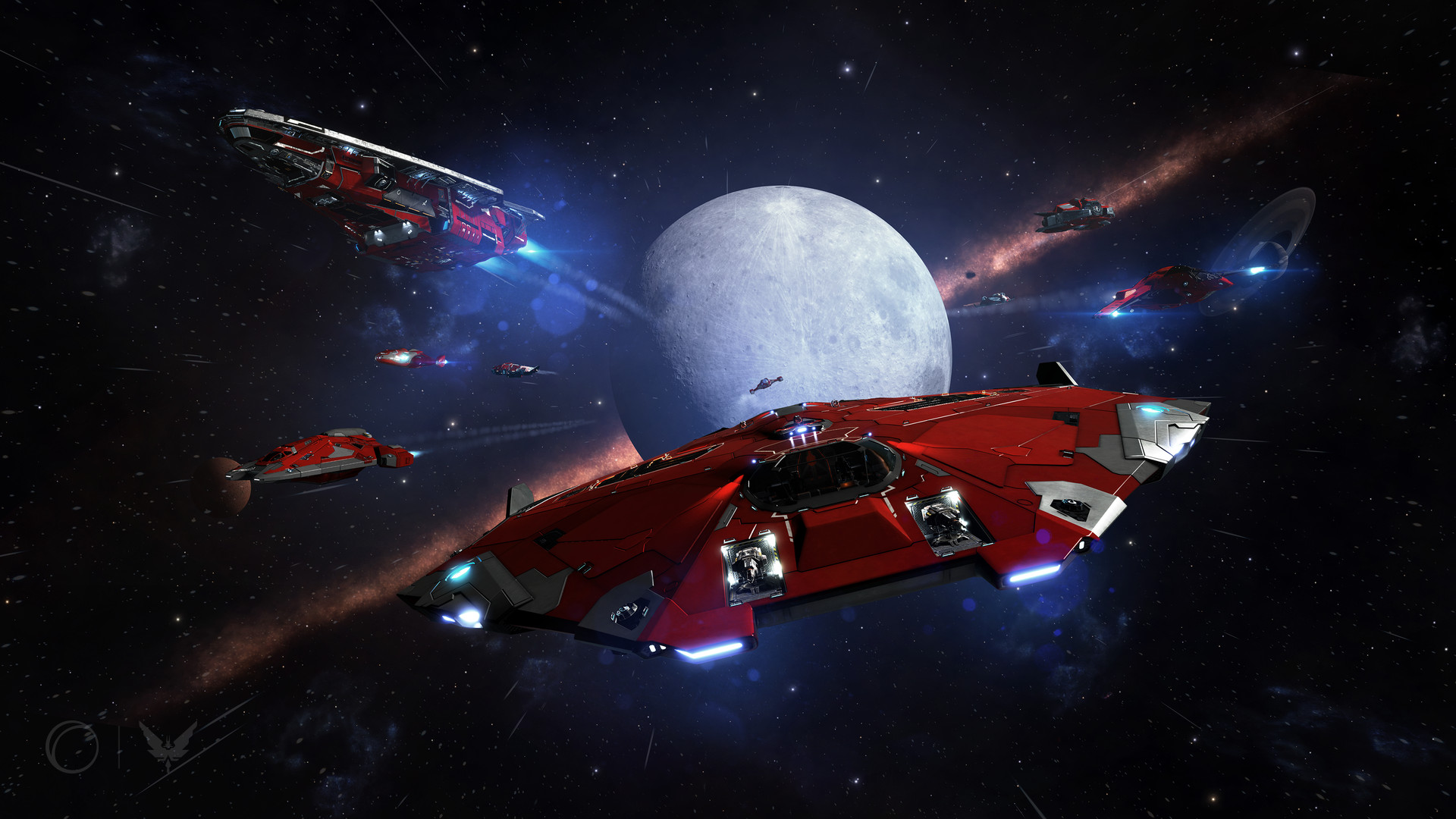 Mining - A big focus of these updates is core gameplay, so we want to take another look at mining. We want to make the processes of mining more involving and satisfying. It needs to be more than just lasering an asteroid. We want to expand the ways in which you detect and extract resources, give you a tool set, variety and choice in how you mine. Importantly, we want invoke the feeling of Wild West prospecting: jeopardy from crises and challenges out in the void, and the potential for striking it big finding the mother lode in special asteroids. Our goal is to make mining a fully-fledged career, something that you can progress and work on. 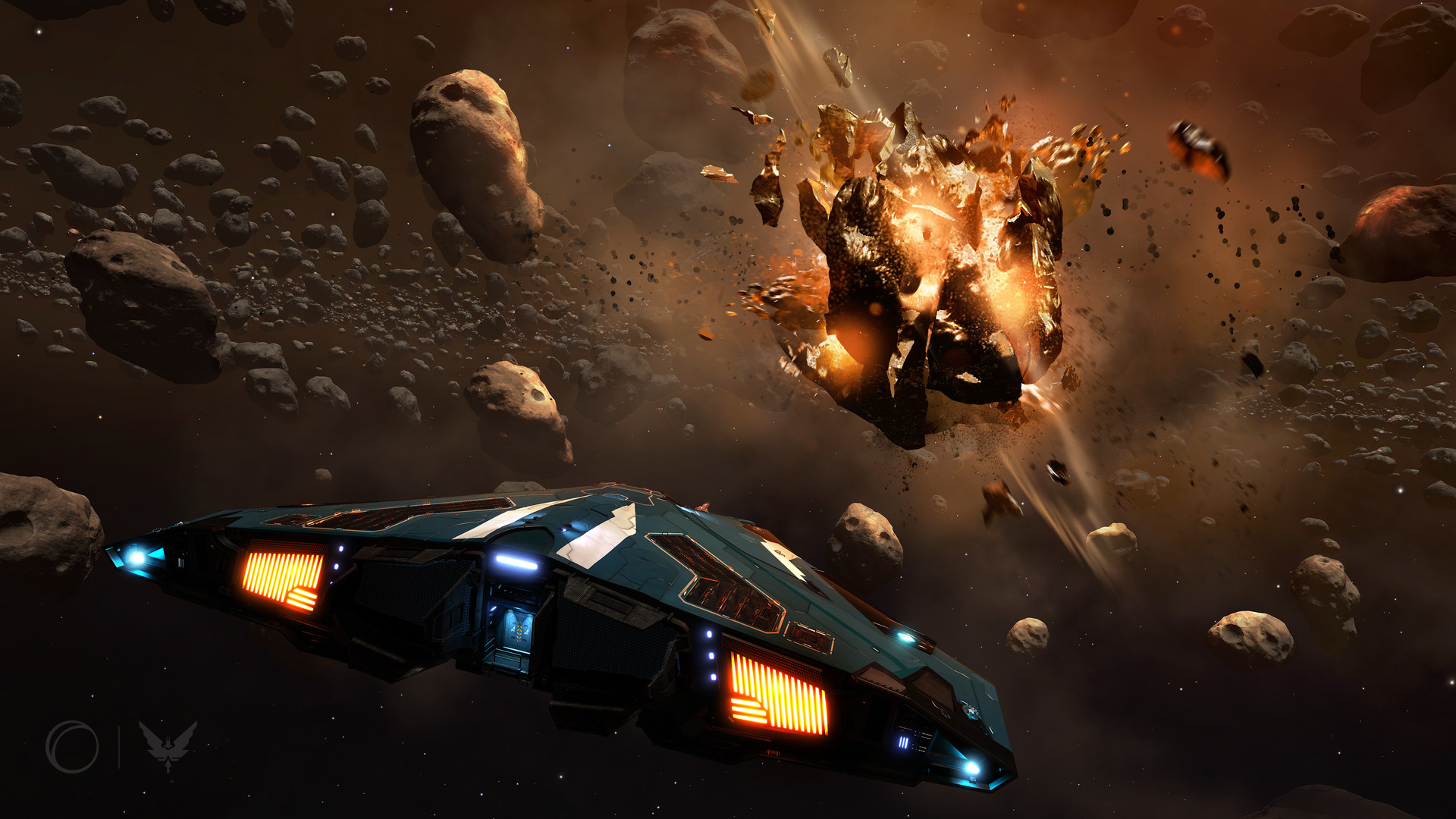 Planetary Tech Improvements – Leading up to the Q4 update we’ll be making Improvements to our lighting model, our scatter rock system, improving ambient effects, planetary phenomena, volumetric effects and vapour. These techniques will combine to create richer environments to explore in our Q4 update. These are important steps in our ongoing planetary development. 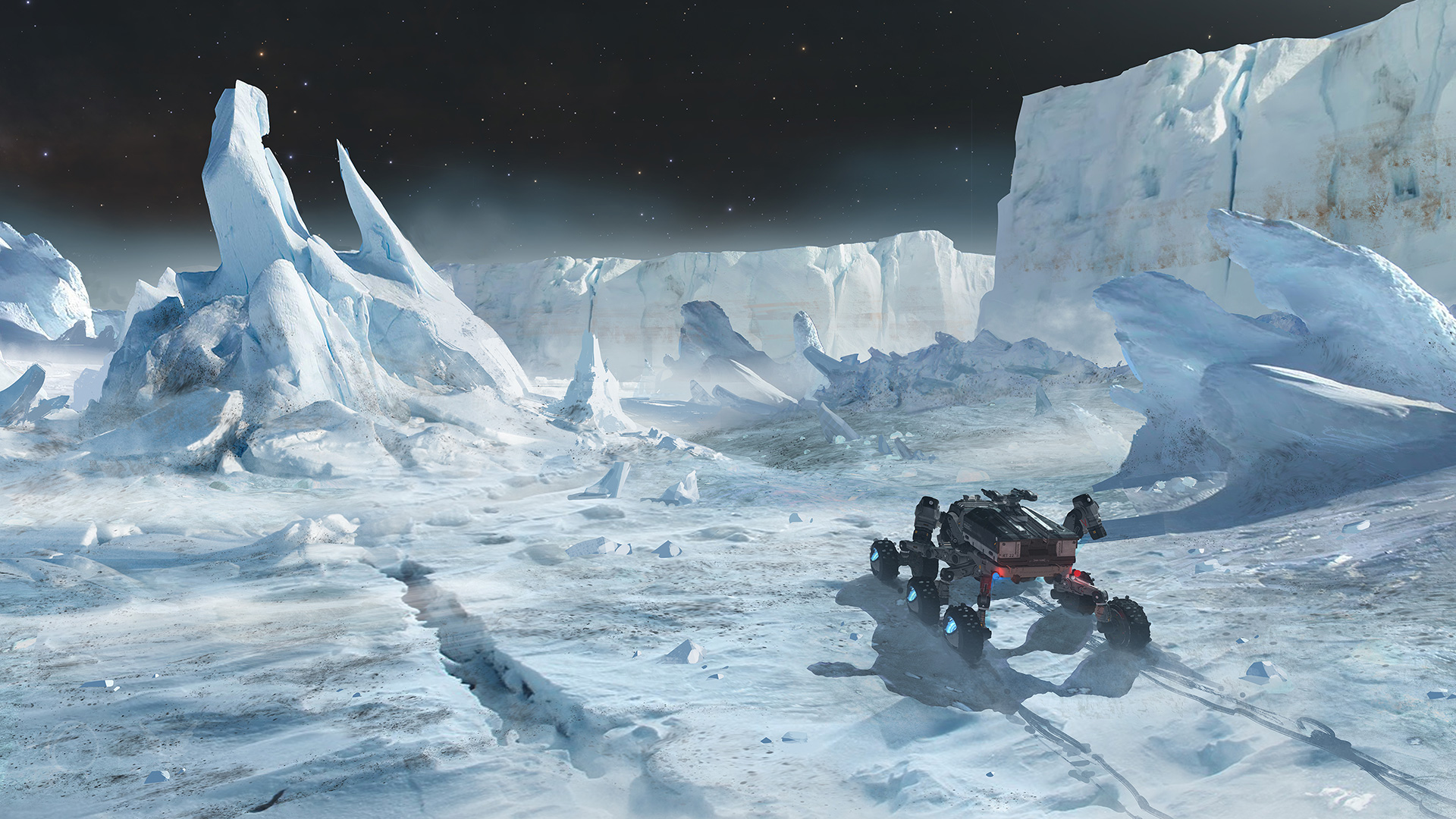 Exploration - we’re going to significantly improve and build on exploration. The exploring flow will be more involved, more efficient and more satisfying. These new mechanics will also improve the experience for anyone searching for something, be that a mission or a particular resource. To support exploration we’re adding the Codex, an archive that logs your exploration achievements and acts as a repository for game lore. There will also be new phenomena, anomalies and other exciting things to discover. 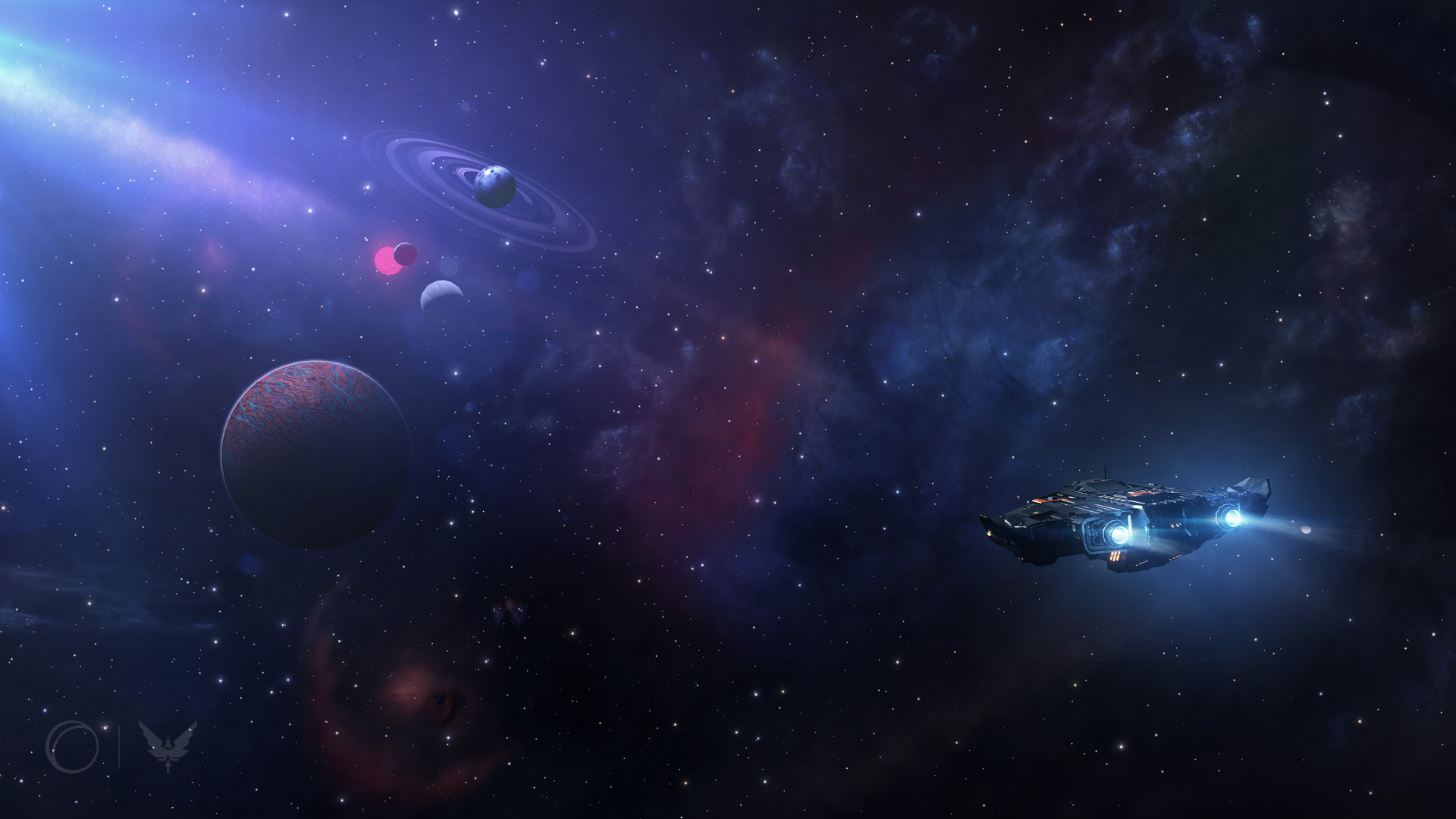 I really enjoyed the livestreams. Thanks!

Nice summary, Dale - and great to meet you yesterday!

Dale Emasiri said:
[insert bit from Chris about fog and such]
Click to expand...

"Well Dale, it's been a rather grim autumn day, what with all this fog and such..."

Brilliant Dale, really goo summary for those of us that couldn't make it! Thanks

Had a great time at Expo. Great to see you, DBOBE, Ed, Michael B, Sandro and several others there.

All looking exciting for 2018. Appetite whetted, who knows what else is to come...?

Ohhh damn! I got trapped for one more year

I also had a really enjoyable time at the Expo and thank you to all at Frontier for it and a fantastic game that draws in so many. I managed to get to the 3 main stage talks that were each interesting (I am contemplating buying Planet Coaster off the back of Prof. Walker's talk ). Plus I got to the "How to create a universe" session with Anthony Ross - that was utterly fascinating, and I would recommend everyone watching it to see what is going on in Stellar Forge.

Looking forward to the 2018 Expo now

Thank you to everyone again.

Thanks Dale, great day all round.

Nice summary. Really hopful for the improvements to exploration and mining, two of my favourite activities... maybe season 4 piracy might get some love as well

It was a great day and I met a lot of great CMDRs. Well done Frontier for putting the day on, great idea to have science talks as well.

By the way, are there any plans to publish the pre-show stream on Youtube? Obviously, having been in attendance I didn't get to see it.

Cool. Thanks for this thread.

L
Everything sounds good FDEV! i have one question about engineers. A lot of players already have ( from their own sweat and blood) modifications on their modules. Will be somehow affected by this new feature these already existing modifications or not? ( I'm worried about my some good rolls right now). Thanks a lot and keep it going
Last edited: Oct 8, 2017

I'm back home now after the event - thanks for the notes and it was good to meet you and some other Devs yesterday!

Bedtime for me - I'm bushed!

Finally something positive. Look forward to the new content, hope us solo players get some love as well at some point

Sounds lovely. More varied planets sounds excellent, and it's fun to get excited about concept art again (ice planet). I look forward to trying out mining again too.

And to me, this confirms that Frontier are taking a long-term view on this game. By giving it to Horizon owners for free, they're basically relying on new sales and some cosmetics for income. Since none of these updates will bump the game suddenly to the top of the charts, Frontier might well be taking a loss on Elite for the season. Since that can't last, maybe we can start getting hyped for season 4 already?

GalNet Audio – A new way to enjoy the narrative threads of Elite Dangerous. GalNet audio will read the news to you as you explore the galaxy in your ship.
Click to expand...