Frontier
It’s the jolly time of the year again where we celebrate together and we are excited to announce that we want to share some festivities with you, our amazing community. We’ve got so many things planned, and we’d love for you to join us for the ride.

Frontier’s 24 Hour Holiday Livestream
On December 19, 2016 (midday GMT), both Community Managers Ed Lewis and Bo de Vries will start TWO CONCURRENT 24 hour livestreams – Bo will bring Planet Coaster fun and Ed will be in charge of Elite Dangerous. The dynamic duo will be joined developers and community members, and will be hosting 24 hours of hilarious holiday content, ending on December 20, 2016 at midday. The entire event is in honour of SpecialEffect, a wonderful charity who help disabled people use technology (and play videogames!), and we will be raising money throughout the next weeks as well as the livestreams.

Charity Sweepstake
For every £1 you donate to the Just Giving campaign, you get one entry into a prize draw. At the end of the 24 hour livestreams we will pick the winners together on screen, so make sure to donate and enter your email address (the optional field at donation, not as a comment) for a chance to win the following amazing prizes:

Also, for every £6/€7/$7.5 or more in a single donation, you’re be eligible for a unique SpecialEffect Sidewinder paint job AND decal in Elite Dangerous!
(Terms and conditions apply, see the bottom of this post for details!)

Charity Auction
In addition to the fantastic prizes above, we’ve also got our annual charity auction where you can bid on a host of cool items in the hopes of winning that prize. These bids are private, so you have to bid what you would be willing to pay per item. The winners will then be contacted and asked to donate that much into the Just Giving page for SpecialEffect.

Here’s how it works: take a look at the auction prizes below, categorised into Planet Coaster and Elite Dangerous specific. Once you see one or more items that you would like to bid on, simply email the name of the item(s) and the amount per item to community@frontier.co.uk with the subject line “Blind Charity Auction”. This bidding will end on December 9, 2016 at 9AM GMT and winners will be contacted immediately.
(Terms and conditions apply, see the bottom of this post for full details!)

Here’s what’s up for auction!

Dine with the Developers – Planet Coaster: Dine with the developers of Planet Coaster. We’re hosting an evening meal with five of Planet Coaster’s best known developers who will be joining you. The date of the event is planned for Friday January 27, 2017 from 7PM GMT – 10PM GMT and we are looking for FIVE lucky bidders to come and join us! All the food and drink will be on us but you’ll need to make your way to a location in central Cambridge; all travel and other expenses for the event will be paid for by the winning bidders.

Signed Scenery: Some of you will remember Marc Cox from the Planet Coaster livestream. Now we all know that scenery is important in Planet Coaster but Marc takes this to a new level, covering his entire desk in home-made scenery. We’re giving away a special piece of scenery from his collection signed by the development team. It really is the blocks that helped build Planet Coaster.

This artwork will be signed by the Planet Coaster team.

Custom Hand-Drawn Planet Coaster Calligraphy: You might not know but our much loved Community Manager and Streamer extraordinaire, Bo de Vries, is also incredibly talented in calligraphy! She’s creating three custom Planet Coaster frames with hand-drawn calligraphy on it for you to enjoy! By bidding on this item you are bidding on one of these delightful frames; there will be three frames to be won (black, white, or brown frame).

Bid per frame or bid for all three.

Signed Artwork from the Launch event: Another launch event special is a set of two Planet Coaster wall arts, signed by the team. There are some minor scratches to the set so buyers take note. These make a beautiful decoration for anyone who appreciates stunning art work and Planet Coaster!

Dine with the Developers – Elite Dangerous: Dine with the developers of Elite Dangerous. We’re holding an evening meal with five of Elite Dangerous’ best known developers who will be joining you. The date of the event is planned for Thursday January 26, 2017 from 7PM GMT – 10PM GMT and we are looking for FIVE lucky bidders to come and join us! All the food and drink will be on us but you’ll need to make your way to a location in central Cambridge; all travel and other expenses for the event will be paid for by the winning bidders.

Name a Rare good: Make your mark in Elite Dangerous, name a Rare good and have it added to the game! All entries will be reviewed and require approval from the Frontier Development team and the location will be decided by the dev team.

Name a Station: Make your mark in Elite, name a Station in game! All entries will be reviewed and require approval from the Frontier Development team and the location will be decided by the dev team.

Name a System: Make your mark in Elite, name an entire system in game! All entries will be reviewed and require approval from the Frontier Development team and the location will be decided by the dev team.

Your own custom unique, bespoke paint job: A one of a kind, special unique paint job for one of your Commanders. You will be able to work with our paint job designer to create something custom and unique for you. Pick the ship, colour and style and be the envy of all you meet with this fantastic prize.

Once again, we want to take this moment to thank you, our amazing community, for helping and supporting with both Elite Dangerous and Planet Coaster over the past year. Your enthusiasm and love for the games means the world to us, and we couldn’t have done it without you! We hope you’re as excited as we are to join in on the festivities; support us and SpecialEffect, as every little bit helps, and we’ll be sure to host an awesome show for you on December 19.

Raffle
- Every full £1 (UK British pound) donated to the just giving page is an entry into the prize draw.
- If a donation is made in another currency we will use a currency converter to work out the UK equivalent.
- The prize draw will be held on 20 December 2016 and will be help live on stream. The cut off time for entries will be announced shortly before the draw.
- For prize draw tickets to be valid they must include suitable contact details. Either the Commander name in the name or comments for Elite Dangerous players or the Email address in the donation (not as a publically viewable comment).
- Prizes in the raffle may be substituted for one of equal value if for any reason they become unavailable, such as going out of stock.
- Prizes are available worldwide
- Where a prize is not deliverable by a specific merchant, vouchers may be offered for a suitable retailer instead. Specifically for the Gaming PC, Xbox One S and Playstation Pro.

SpecialEffect PaintJob
- The Special Effect paint job and decal will be made available to everyone who has donated over the specified amount in their currency and has a valid email address on their donation (be sure to add them at the donation and not as a comment).
- These will be sent out after the event ends and not granted immediately. Please be patient for your code, they could take a number of days to be dispatched.
- The SpecialEffect paint job is only available for use with Elite Dangerous and you will need to own the game in order to use this item.

Auction
- The auction will end on Friday 9 December 2016 at 09:00 GMT
- Winners will be contacted shortly after and will be required to reply within 48 hours.
- If deemed required by Frontier Developments we will move on to the next eligible big should the person fail to respond.
- Payments should be made the Just Giving page before the event 19 December 2016.
- Frontier reserve the right to edit or replace any auction prizes with an alternative prize of equal or greater value should any of them become unavailable
- Frontier can re-arrange the “Dine with the Developers” evenings as require by giving a minimum of 48 hours’ notice.
Last edited by a moderator: Dec 7, 2016

Wonders if he should watch both across two monitors for the whole 24 hours... [wacky]

I'll definitely consider that [haha] can't wait for the livestream [up]

Oh my goodness those Auction prizes!!! I'm a Commander in Eliteangerous as well as an Alpha Backer in Planet Coaster...what to do ...what to dooooooooo [ugh]

Bo - what sort of calligraphy do you do?

Z
Wow this is awesome and a great id for helping disabled people .
This shows once again how good Frontier is with the [heart] on the right place.
And some nice prizes on the other hand a win win for everybody love it !

Bo - what sort of calligraphy do you do?
Click to expand...

Bo does this. I have to say I really like it. [happy] 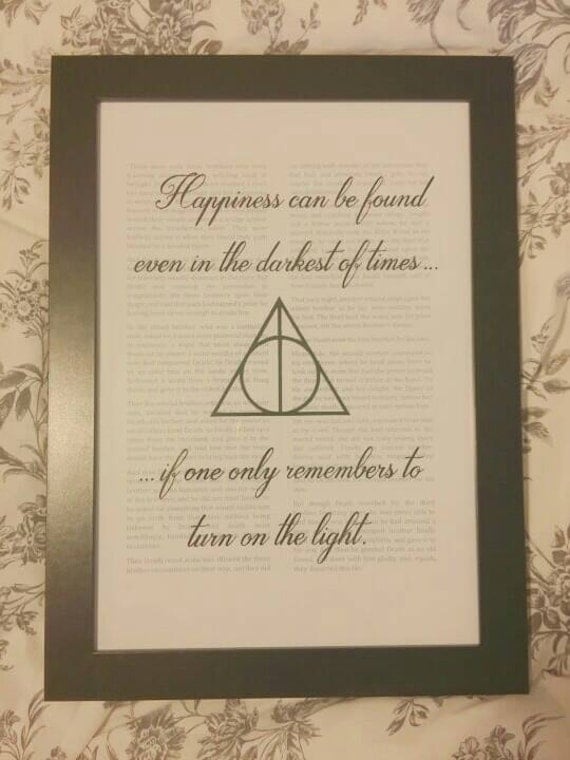 Cool, this is really amazing!
Well, 24 hours will be really long, and I have to work on that day :-( But I'll try to check in some time.
So a lot of fun to Bo and Ed!

I fear my terrible broadband wouldn't be able to cope with two streams at the same time, so I'll have to flip-flop between the two. But I will most definitely be there!

This is a truly heartwarming event. I'll be there! [heart]

I'm afraid I will be sailing into the sunshine on a Mediterranean cruise during this period, but I will watch it when I return.

Would love to donate, but get my next check after that.

I really want to bid on something from Planet Coaster, but I know that I'll be out bid! What do I do?! :O

is there a way to donate via paypal? because that site only have credit card payments and i don't have a credit card.
Last edited: Dec 1, 2016

Jammy3112 said:
I really want to bid on something from Planet Coaster, but I know that I'll be out bid! What do I do?! :O
Click to expand...

Bid and see what happens? As long as you stick to your limit it's fine.

You'll only have to pay if you win the auction.

how to donate without credit card?
i only have paypal!

Edit: Nevermind, thought the email box wasn't there but it was on the second page of the donation thing
Last edited: Dec 2, 2016

D
To bad you need a credit card for making a donation really wanted to donate some money to this charity but have no way to do so..
You must log in or register to reply here.
Share:
Facebook Twitter Reddit WhatsApp Email Link
Top Bottom