Alec Turner said:
It's probably worth mentioning that I originally toyed with the idea of specifying that ships must be shieldless.
Click to expand...

I only fit shields to help out a little with landings.

Ok taking Out the "Spacetransit" (hauler- way far from standard!) and "The turbo terrific" (Imperial eagle) which I have coaxed to a boost of 887 with shields. God have mercy upon my hulls.
And yes the spacetransit is white and a bit rusty as it should be. In its defence its a 700 m/s hauler which if nothing else will be hilarious.

Tweaked the description and added another entry to the FAQ to make it clear that you can't run this race in a large ship. Apologies to anyone who flew all the way out there in an Orca only to discover this for themselves.

Pulled a 14 in the hauler..not bad..but not really enough.

That was a great evening when we coincidentally had 4 or 5 racers on track at the same time, just as Alec turned up to marshal/video the races. I got in 2 complete runs, but didn't manage to improve on my submitted run. I was still having a lot of trouble getting into the stations each time, it's tricky approach stations from the side rather then face on. Especially when you're as scared of the Viper's thrusters as I am!

I started my second run just a few seconds after Edelgard and we were running side by side for a while. I had made a few mistakes and worryingly dropped far enough behind that I knew there was a fairly big chance we would meet in the mail slot of a station going in different directions... And we did indeed. Just as I had got inside the station Edelgard boosted past me, I have no idea how we didn't swap paint. In fact I think we might have done but it was too quick for traffic control to see 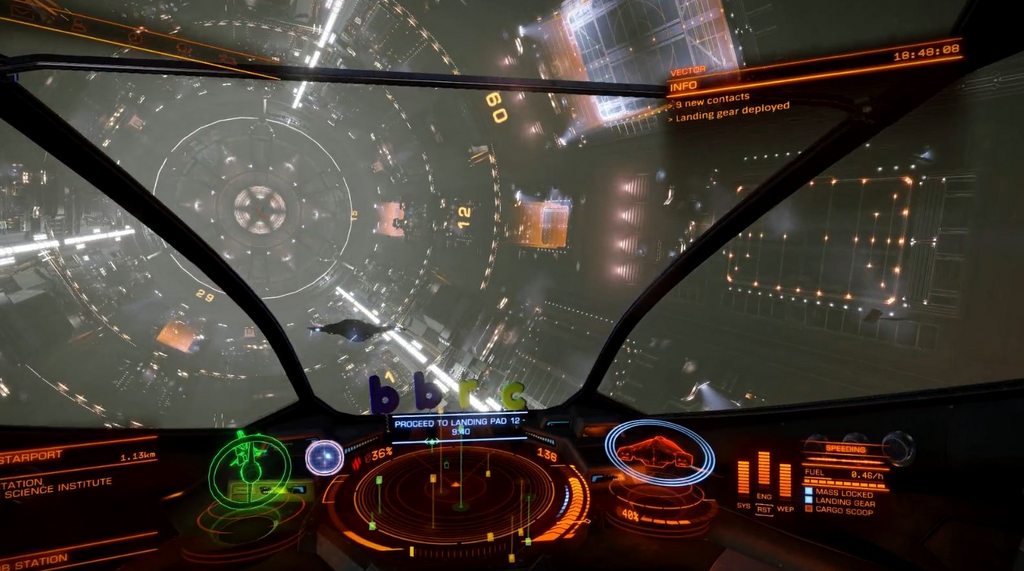 As Ozric just said, spent a really fun hour or so tonight filming what was going on at the Pareco race circuit. Started out by just waiting at Asire but later realised if I skipped stations I could stay one station ahead of the racers and catch more action. Apologies, the camera work isn't up to @Buur Pit standards and I didn't bother adding a soundtrack but anyway ... enjoy!

After reading all the additional details, the result will not be as good, only 14 landings in the first run. Oh, and there's gonna be more people from PS4.

Ultravi said:
After reading all the additional details, the result will not be as good, only 14 landings in the first run. Oh, and there's gonna be more people from PS4.
Click to expand...

That's great news about more PS4 players! Thanks for your submission, unfortunately I think you may have missed out a station (see also the comment I wrote on your video). Hopefully you'll be trying again tho?

I don't expect to be able to play until Friday night, but I should hopefully manage to at least watch the livestream live tonight.

You are right, with all the hurry about reaching Pareco and start doing the ring arounds, I forgot about good manners and didn't declare my intent to race.

First regulation run already submitted, still waiting on a tracking number for my other Viper's shipping. Let's hope they won't throw the package around.

So I originally said I was gonna race in Orca. Then noticed the outposts, messaged Alec and... I have to switch ships xD
Not saying what I'm gonna take yet though

Dr. Nagi said:
Not saying what I'm gonna take yet though
Click to expand...

So a Keelback then? Great choice! You won't be disappointed.

Thank you for the interesting event. Too bad no advance notice, but hey deadlines are on fire.
11stops damn. Here we go again

Ultravi said:
Too bad no advance notice, but hey deadlines are on fire.
Click to expand...

Alec couldn't announce this one before Monday's official FD announcement, but needed the race up and running for today's livestream.

Normally we have at least a week or two advance notice, and normally our races include at least two weekends to participate.

Ultravi said:
Thank you for the interesting event. Too bad no advance notice, but hey deadlines are on fire.
11stops damn. Here we go again
Click to expand...

Apologies about the short notice thing, Buckyball Races normally have more notice but, because this was done to support Frontier's new "Full Throttle" livestream which they only announced on Monday I couldn't really preempt that. The race runs until midnight Sunday tho' so hopefully people will still have plenty of time to get a run in.

Sorry about your run Ultravi but glad you're gonna try again!

Three new entries on the board today.

Next and it's a newcomer to Buckyball Racing, Cmdr Ultravi (on PS4) flying an Imperial Courier named Umbra Witch Jeanne. Unfortunately Ultravi missed a stop (flying from Asire to Garden) which means his next 5 stops were all invalid until he picked the correct route back up again at Crown on his 2nd lap. I'm sure Ultravi will be back but in the meantime he's placed 4th on the Unlimited scoreboard
with 8 qualifying stops.

And finally we have the first run from another Buckyball regular, Cmdr Aken B. flying a regulation Viper (named Hula Loop) while he waits for his engineered Viper to be shipped across from Colonia. Landing 15 stops, but 13 seconds slower than current leader Elastul Ma'fer, Aken is now in 2nd place on the Regulation scoreboard.

Oh, and a final note to whom it may concern - remember that once your 20 minutes are up you need to make your next landing and then stop. If the clock on your landing screenshot shows more than 20 minutes elapsed then that's it, don't continue on to the next station.

Happy racing everyone and hopefully see some of you for Frontier's inaugural "Full Throttle" livestream tonight at 18:00 UTC (7pm UK time).

As per usual I couldn't resist the urge to do a demonstration/promotional run (it's general Buckyball policy that the race organiser shouldn't compete in their own race), speed it up, slap some banging electronica over the top of it and upload it to youtube.

While the "no trying to win your own race" rule is a good one normally, personally I wouldn't have a problem with you including your run on the leaderboard, as this is:
Especially as you wouldn't be in the lead anyway.

Raiko said:
While the "no trying to win your own race" rule is a good one normally, personally I wouldn't have a problem with you including your run on the leaderboard, as this is:
Especially as you wouldn't be in the lead anyway.
Click to expand...