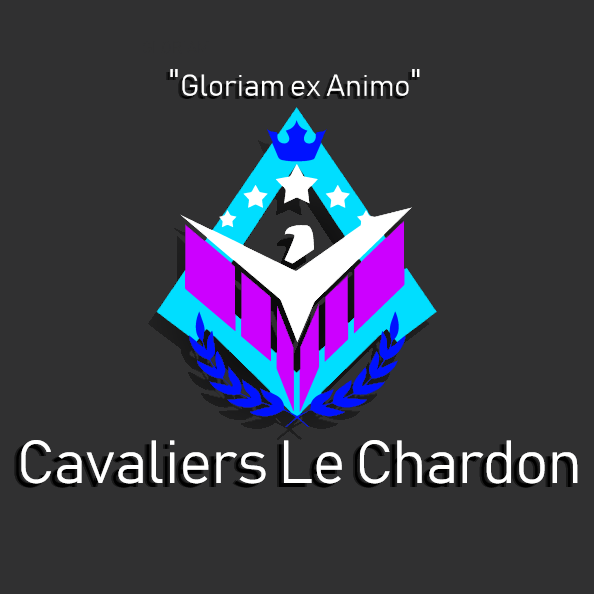 Officially the Cavaliers Le Chardon are the manifestation of an allegedly retired maverick Imperial Navy renegade.
Although rumour say that this group is more than one mans private army, and they are indeed a clandestine Imperial
Military-Intelligence operation, working in plain sight under a veil of plausible deniability deep behind enemy
lines. Operationally, the Cavaliers specialise in fostering imperial factions and assisting them in gaining power in,
what were once, federal systems.

With several large scale multi-wing BGS PowerPlay operations planned and on the horizon, it is time for the Cavaliers Le Chardon to start recruiting!

If you have ever found yourself wanting to feel like you are doing more with your time out in the black, plus make more credits and mates while doing so, this is the wing for you. Whether you are a skilled pilot or still flying about in your loaner sidewinder, we have a vastly knowledgeable command structure in place to guide our efforts that are ready to take on advisory roles for ANY training requirements you may have.

We believe a strong organisation listens to its members and acts upon the common goal of the collective, to this end we will ensure that all Wing members opinions and strategies are heard and considered when planning operations.

The Cavalier's core intentions are:
- Provide new Commanders with financial and training assistance to ensure they have the best start they possibly can
- Ensure a friendly productive environment in which players can gather to contribute to their own progression and the expansion of the Empire
- Assist the growth of Empire faction control within Federation space through consistent co-ordinated operations organised within our player wing/allies
Click to expand...

We also have a few extra features associated with the Cavaliers Le Chardon...

If you wish to join the ranks, propose a coalition or seek further information, please contact us through the following channels:

Become part of what will become one of the largest Empire forces the galaxy has ever seen!
We look forward to seeing you out in the black...
You must log in or register to reply here.
Share:
Facebook Twitter Reddit WhatsApp Email Link
Top Bottom