TL;DR – I took an Imperial Eagle to Beagle Point, Sagittarius A*, Colonia, and Hutton Orbital as a tribute to those still on patrol in their Imperial Eagles.

From 2019.10.25 to 2019.11.29 I took an Imperial Eagle on a journey to some of the more famous remote parts of the galaxy. I dedicate this trip to those who are no longer with us, last seen in their Imperial Eagles.

I started this trip by picking up 1 ton of Lavian Brandy, 1 ton of Hutton Mugs, and set a course into the black. From the bubble I headed towards Colonia and stopped at Jaques Station. While taking in the view (and grabbing a screenshot) I got attacked by a NPC pirate right outside the station. The jerk was able to take my hull down to ~40% before security got there but even worse was the hatch breaker limpet, which tore into my cargo hold and ejected my cargo. In my panic I escaped into supercruise but lost my cargo. After docking at Jaques and taking a breather I decided to head back to the bubble to recollect the brandy and mugs. Working my way there and back again I found myself back at Jaques Station with a full cargo hold and after a brief (and cautious) respite I worked my way to Beagle Point. At the edge of the galaxy, so far from home, I jettisoned my libation. To those we’ve lost, to those ships still on patrol in the void, Godspeed and enjoy a mug of brandy on me until you find your way back home. After taking a moment of silence I started my way back to the bubble by way of Sag A* with a stopover at Explorer’s Anchorage to stretch my legs. I finished up the trip by swinging by “The View” and docking back at Jameson Memorial.

Check out this link for the adventures along the way:

Godspeed CMDRs, I’ll see you out in the black! o7

Hell yeah, my Imperial Eagle is my favorite ship to fly but I haven’t had the guts to take it any farther than Colonia yet. It’s more built as a racer than an explorer but I’ve been considering this for a while now. Might have to do this myself when I get back!

Heh, you had the balls to take your iEagle further than I took mine - SagA* and Colonia with mine, a while back before extra module slots allowed the iEagle to be a tad more self-sufficient. I had a lot of fun on that trip, but by the time I got to Colonia I was in such a state my FSD was failing every other jump (I hadn't used any neutron boosting, either - just damage from pilot carelessness) and I was genuinely beginning to think I'd fall apart before I ever saw Jacques.

That fuel scoop though, 2A on a 3A drive. That must have made life hard for you. Amazing achievement though.

First time I went out past 65k in my Mk III I met up with Cmdr Draco in his Eagle. This was before engineers or jumponium so neither of us could get to Beagle, good to see the traditions being carried on. 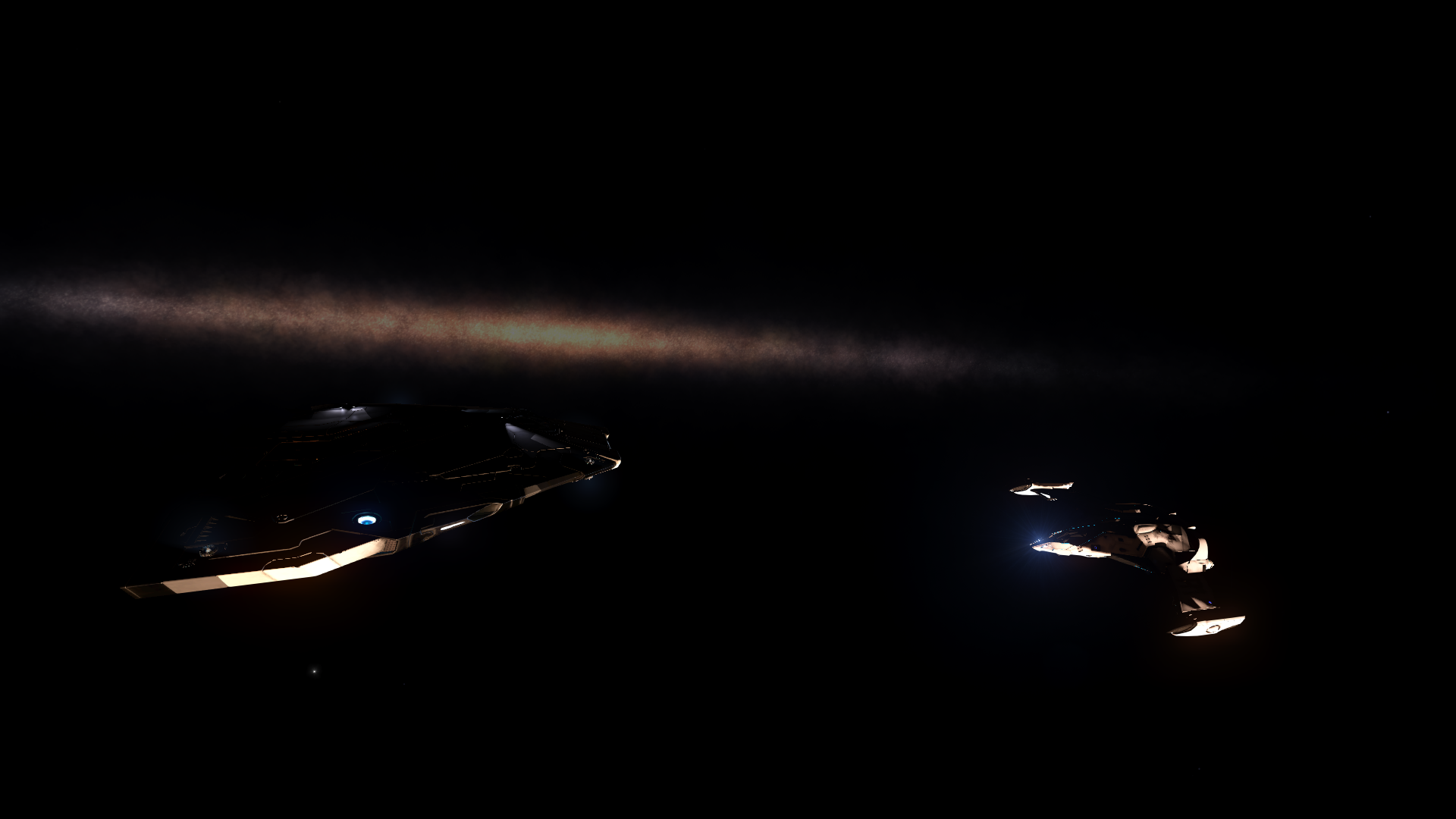