So, i have already read & made many posts about how the new FSS makes it much slower to get quick and honestly, quite important information, so that an explorer can judge if a system is truly notable and worth visiting.

However, while a loud minority HAVE complained, there hasn't been that many attempts at actually solving this issue.. that isn't just "throw the whole FSS out and let me honk in peace" which realistically, is not happening.
There are lots of cool things about the new FSS, but it can definitely be improved, and here i want to propose a solution that completely preserves the new mode of exploration, making it operate just the same, but adds back some of the really important info you get from a planet's system map scan.


One big issue i really have, is that (almost) every single signal type LOOKS the same... but every single planet is absolutely not the same!
The solution to this problem, in simple terms, is to make the signals appear different, based on the physical characteristics of the planet.
One important, and easy addition, are MASS and SIZE. Right now, a miniscule ice moon appears exactly the same as big, or even gargantuan ice balls, the likes of which you can find in class M systems.

Surely you can agree to me, that these two worlds below are not the same? The FSS, sadly does not, and it can only tell how valuable the planet is. (but to be honest, the system map wasn't great at representing it either) 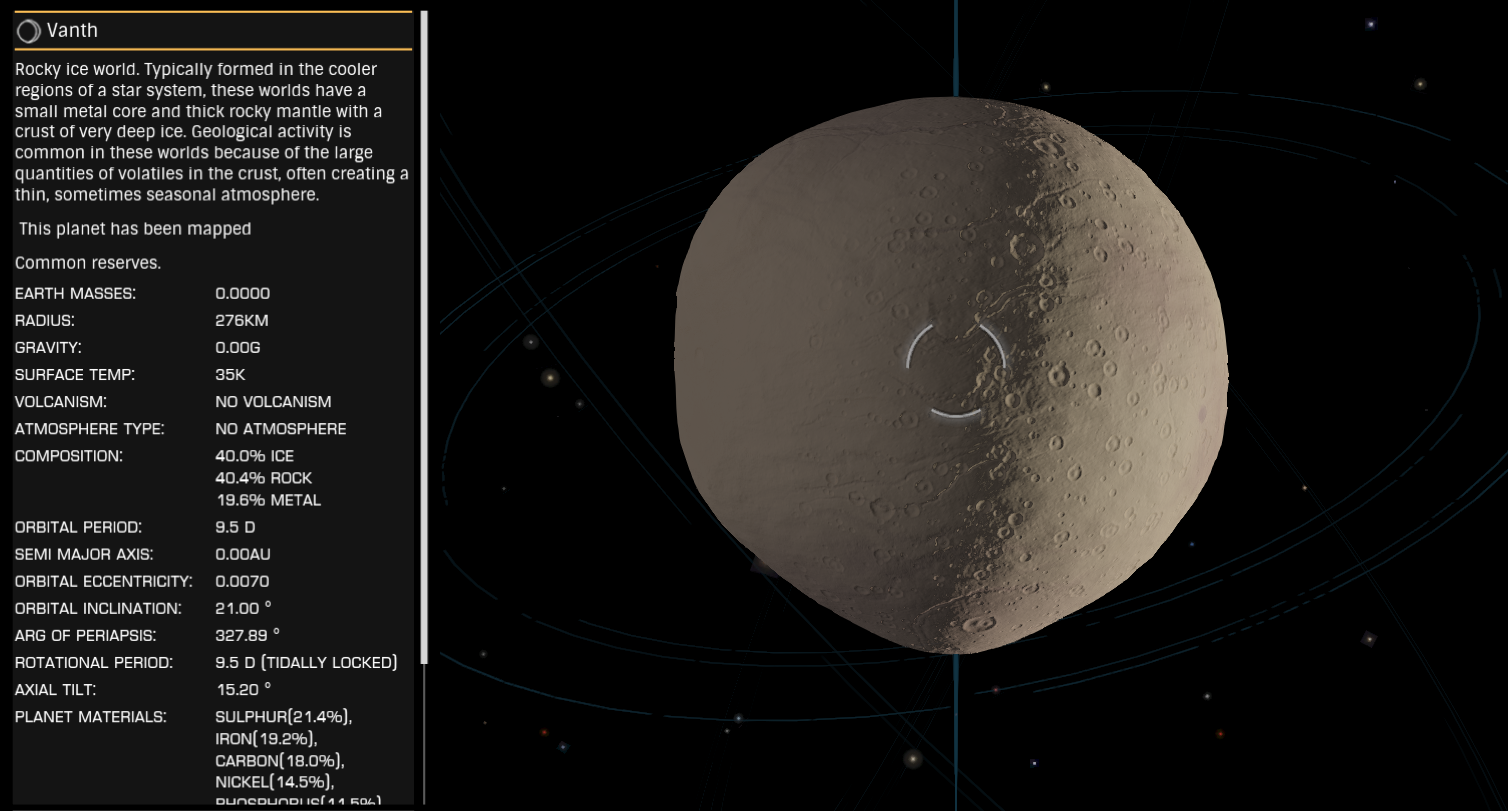 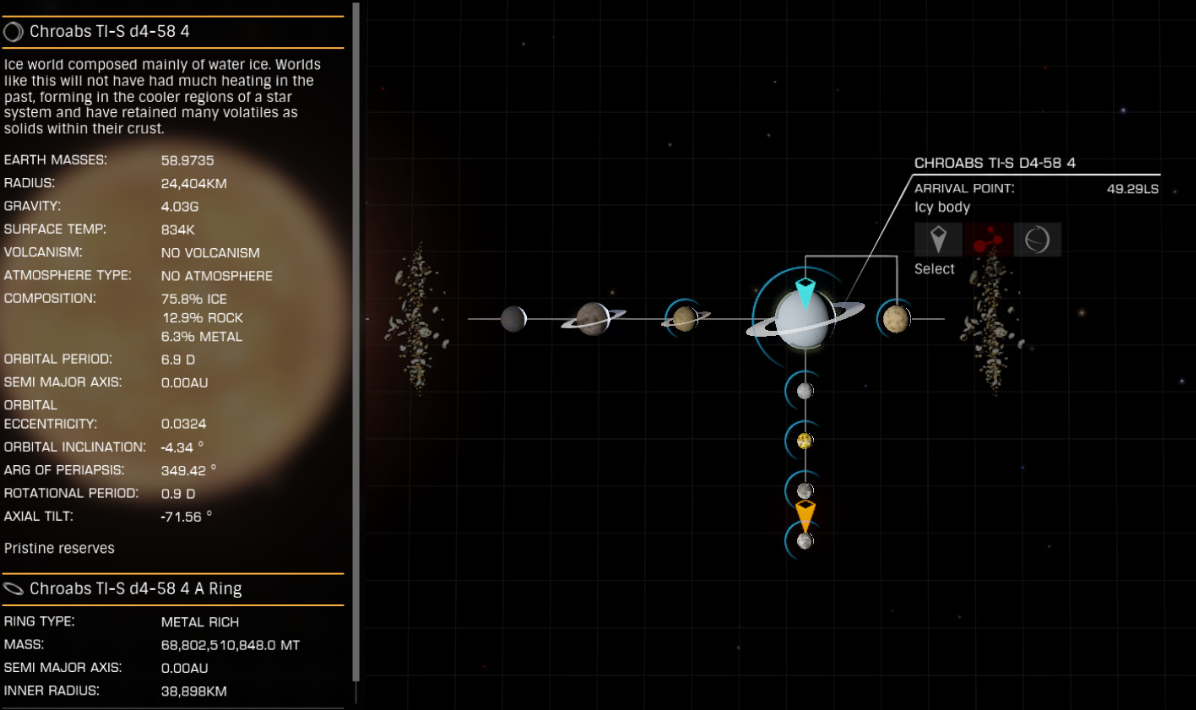 So how can this issue be solved? The most straightforward idea i had regarding this, was to change the scale of the signal peaks themselves, like in this badly made drawing: 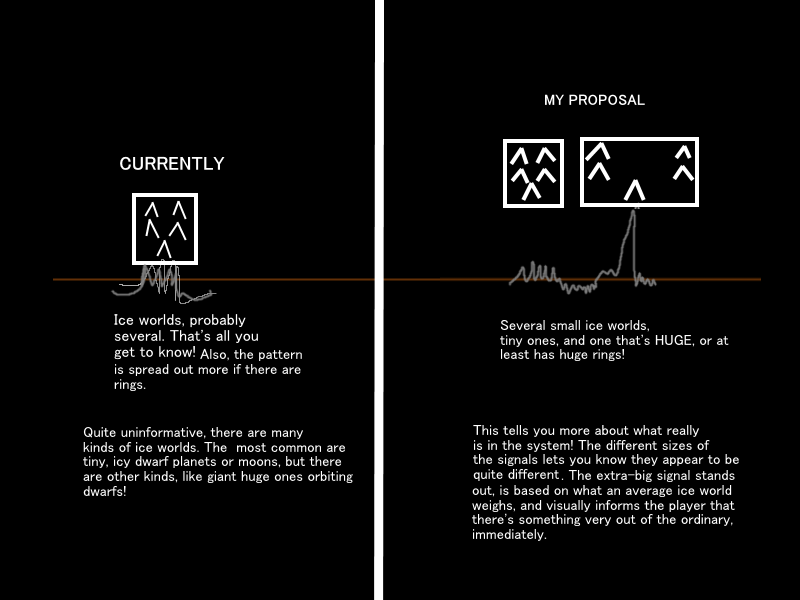 Already, this would grant you an entire new dimension of info just from the initial scan, and it's certainly not an unrealistic one.
By matching up the planet's features to predetermined "average" values, and then changing the height of the signal, you could now immediately see if this system has an exceptionally big or massive planet, or one with huge rings, without really having to change anything you do when exploring.

Another idea i had would be to directly visualize numbers. Right now, multiple signals of the same planet type seem to exist in arbitrary groups, sometimes being slightly different to eachother without really being able to tell why they aren't the same. It's not easy to tell how many there are, either.

So, something else that could be done, is to try and make each planet an individual peak in the signal, or in very huge amounts, pairs of similar ones, like this.

Here's one example i made, looking at Sol as a reference system.

Obviously, this idea is not perfect, and there are issues to be solved again, like how you can fit all of these different ones in the signal result. This is a technical side that i am not really very experienced with, but i am sure there could be some other solution to that, like dynamically rescaling the whole thing to fit in more signals, and removing empty space. (signal types not present)
You must log in or register to reply here.
Share:
Facebook Twitter Reddit WhatsApp Email Link
Top Bottom