Is ED played by mostly "Old Ducks" like me?

Someone posted the following in another thread of mine (abbreviated):

Cmdr Koenig said:
I've been playing on PS4.[...] I don't understand what all the fuss is about with the compaints about graphics, speed etc... Yes there are slow downs, but from starting on the original Elite on a Commodore 64, then Atari STE, the PS4 verson is light years ahead, but still has the original appeal.
Click to expand...

This, along with various other threads and photos from the meet-ups make me wonder if we are all "Old Ducks" playing this game. Ironically I'm actually relatively young compared to many in this forum. My "Old Duck" PSN name was in relation to the average demographic on the Playstation - so when I'm playing Overwatch or Fortnite, the "Old Duck" is very fitting (and earns me some good laughs), whereas I'm beginning to think that I'm a "Young Rooster" when it comes to Elite Dangerous.

I do find the "ED on PS4 is better than Elite on Commodore 64, so what's all the fuss about bugs and graphics?" mentality to be a bit frustrating. If ED is played mostly by a bunch of old guys happy it's better than the C64, then it probably will never rise to the expectations of this "Young Rooster". After all, the original Elite had flickering graphics, so why complain about the terrible flickering shadows on PS4?

And if you are young, young enough not to have played the original Elite games, I'm curious - what draws you to Elite Dangerous? This is a sincere question, as I think many of us older folk (I am old enough to have played Elite on C64 as a kid) play at least partially out of nostalgia.

I never played the originals at all. I liked the buzz about Kisckstarter with all the new games promised on it (SC and ED) and asked my wife nicely if I could 'buy' one.

I'm midlife crisis aged. Elite gives me something familiar to fall back on when everything seems to be going away.

For those of us truly "old ducks" sixty-plus, who engaged the 1984 version when we were younger, have more of an appreciation than those joining without that experience.

That's a very good question! I thought myself as old (40s) due to the majority of players I interact with on my platform, but then I came to this forum and slowly realized that I'm probably "young" by comparison. If I were a PC gamer still, I probably never would have used "Old Duck" as a name, since I kinda expect PC gamers to be old (sorry), whereas console gamers are often the younger millennials and Gen-Z, at least that's been my experience.

I'm 40, which I'm sure my 8 year old thinks is unfathomably old.

Never played the original, but I did enjoy Frontier: Elite 2. I backed the Kickstarter for ED because I love space and space games and pretending to be Han Solo.

It's a past-time for the older gentleman. 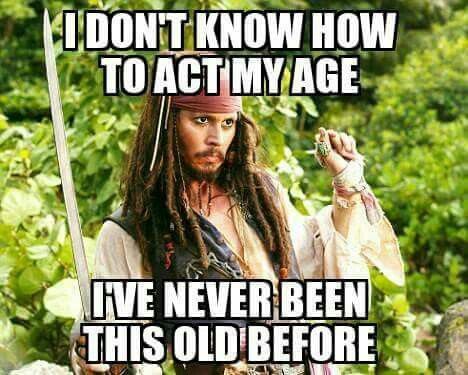 I'm an almost 63 years old duck, but I'm not like you.
I'm a strict solo player and still enjoy the game, despite being addicted since 5 years and despite all bugs.
Not that I could explain why though... the game makes it easy to connect my own vision of immersion to it.
I guess...
Meanwhile I'm over 10k hours playtime FWIW, that somehow indicates this game must have something.
Even tops my passion for the original on C64 that I started playing in 1986 and played for about 4 years.
Which is even more strange as the original was a vacuum compared to ED content-wise.

I am just coming up to 54 years young. I bought my PS4 for Christmas 2017 so I could play the newer doom, wolfensteins, etc. I used to play wing commander and privateer and loved those games but I never encountered Elite back then. To be honest, I don't really notice too many bugs in ED apart from the server errors post release and more recently FSS freezes and some blue screen crashes too. Mostly I get to play unhindered by those bugs, just temporary blips that are rare. When I stand back and look at everything ED has, those glitches just pale into insignificance.

Old Duck said:
I do find the "ED on PS4 is better than Elite on Commodore 64, so what's all the fuss about bugs and graphics?"
Click to expand...

I´ve played Flight Simulator at 20 fps for 15 years. I was really excited when I started woking and I could afford a pc able to run 30 fps stable.
First time I played Duke Nukem 3D it was on an intel 486 (25 Mhz).. 5fps maybe? Ok that was definitely unplayable...
Nowadays I smile when I see players complaining that they are ashamed because the game doesn't keep 60fps stable

Yeah, I think that's maybe really some mid-age typical thing, while it's true for any age. But wondering about responsibilities and how to deal with them could be typical mid-life stuff, and that's what it is in my case. Approaching 40 this year.

SenseiMatty said:
Nowadays I smile when I see players complaining that they are ashamed because the game doesn't keep 60fps stable

Well there's at least one CMDR who insists anything under 144 FPS is unplayable... I'd personally rather have 30 FPS and decent video quality than my current 60 FPS with EBL.

I was old when I dropped out of my Mom's .

Just hit 49 today, so yeah, one of the oldish ducks. Never played '84, I grew up in the Chris Roberts Space Game franchise but switched to ED because it was closer to what I envisioned as a proper spaceship game.
You must log in or register to reply here.
Share:
Facebook Twitter Reddit WhatsApp Email Link
Top Bottom