DBlac said:
What you present is interesting and i wouldnt mind going all the way back to the past and playing some different sides of the events that transpired and the like. It might be a bit of a tall order for some of these things, but not impossible, would just take a fair bit of time, tho that would be mostly in the map creation, bucketloads of building assets etc and obviously scripting. The one hiccup i find in your proposal is using certain characters that unfortunately there seem to be some licensing issues like John Arnold etc, as theres apparently a reason why his image in the InGen database is only his hand and not his face, so that sort of stuff might prove to be some trouble.

Ultimately while i would like to see scenarios like this and i think they will beautifully vary the things you can do in the game as well as add new content and visual themes, realistically first things first is seeing the base game be improved and perfected, obviously. When it comes to bonus content, i do agree with most of what you said. My one gripe might be the Sand Diego thing, as i always hated how small that park looked, not like something that could house massive animals that need lots of territory, but seeing as we never actually saw the real thing, i guess Frontier can be somewhat liberal with the space we get.

The way i see your idea working with this suggestion, and honestly the best way this suggestion could be brought into the game is if each of these scenarios came with their own... well i suppose "Park Skins", which would include different models for all buildings (maybe even fences, i do love me the tougher looking fences in the older JP movies), as WELL as as you mention different voice packs. As you suggest, original characters should go back and reprise their roles in some way, replacing Owen, Claire and the rest of the JWE cast. Since there arent that many voice lines in there right now in general i dont think this would be a tall order. Perhaps in the original JP scenario and the Site B breeding facility set up you suggest, John Hammond can take the role of the financial and ratings advisor, where Finch is now, but in the San Diego one, it would instead be Peter Ludlow, who would be much less friendly.

This is all heap-loads of assets tho, so while id like to see these happen, or at least, stuff like them, id put it off for a year or two till the game is more rounded as i said above, and then we get them one at a time.
Click to expand...

Yeah, its all really ambitious but, it would definitely be marketable as an expansion pack if they do commit to making the old and archaic tech (by today's standards) to make the gameplay differ from what we've grown used to. On top of all that, the introduction of a full fledged JP (not JW) era expansion would probably bring back old players and even attract new players through the use of the ever-so-potent nostalgia factor

I wouldn't be surprised if part of the reason for Samuel Jackson's lack of visuals in the game was a result of contracts with Disney since Infinity War and Evolution were (if my memory serves me right) in-development at the same time. So there could be the possibility that reaching a contacting stage of networking could have fallen to the wayside as a result of the busy work schedules.

But getting back to the game itself, if they do commit to making the expansion, there would be literally endless possibilities.
They could even try to incorporate the delivering of dinosaurs from Site B to Site A like in the Muertes mission as contracts. Also, they could even use the obscure 'Phases of the Park' concept to incorporate new dinosaurs (and reintroduce vanilla ones). For example: The areas and attractions mentioned in the dinner scene from JP1 and the locations from the Telltale Jurassic Park game.
I'll stop before I trail off into a tangent lol
Last edited: Oct 11, 2018

i think the only problem with jp skin is the monorail. should it change with 2 jp jeep wrangler or jp-styled bus? but it will take more space

what do you guys think?

lemniscate said:
i think the only problem with jp skin is the monorail. should it change with 2 jp jeep wrangler or jp-styled bus? but it will take more space

Maybe one could simply "parkify" the monorail too. Exchange the existing roofing on the monorail stations, for say, thatch roofing.

lemniscate said:
i think the only problem with jp skin is the monorail. should it change with 2 jp jeep wrangler or jp-styled bus? but it will take more space

To be fair... Jurassic Park: Trespasser showed that there was going to be a monorail system on Site B. 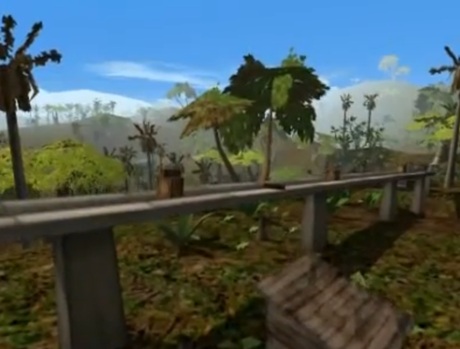 Wallec said:
Maybe one could simply "parkify" the monorail too. Exchange the existing roofing on the monorail stations, for say, thatch roofing.
Click to expand...

Maybe a monorail of older model according to the 90's. In Jurassic Park Trespasser in the history of the game, a monorail was being built on Isla Sorna, unfortunately it did not end because they had to evacuate the island due to the hurricane. 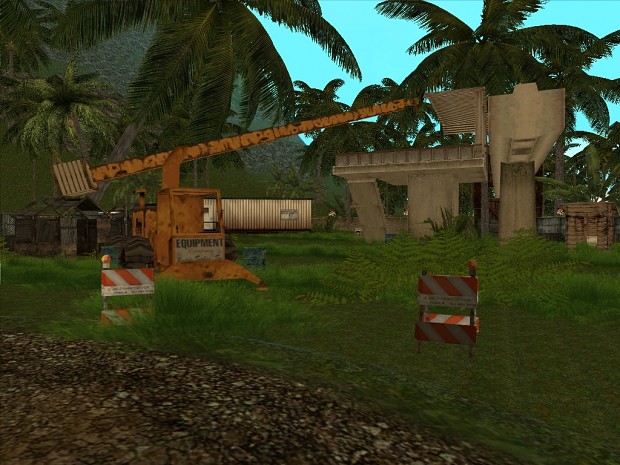 Funny you mention an older model monorail. The oldest style they could probably do is the the Mark IV Learjet which isn't all that different from ones used in game currently since the aesthetics of monorails are pretty much streamlined across the board (the looks of monorails didn't really change that much since the 70s since Disney's design became the standard).

Layman's terms, even if they did want to make a monorail for 'the time period', it wouldn't make that much of a difference visually beyond maybe having a red stripe instead of a blue one.
Last edited: Oct 13, 2018

RadicalEdward2 said:
To be fair... Jurassic Park: Trespasser showed that there was going to be a monorail system on Site B.
​
Click to expand...

Yes, I also think the same.
I prefer that the arrival of the visitors is by means of the Jeeps (or helicopters), but I do not think that is implemented in that way, since they would also have to change or "eliminate" the monorail from the construction menu and incorporate the Jeeps as means of transport of the park.

DBlac said:
Perhaps in the original JP scenario and the Site B breeding facility set up you suggest, John Hammond can take the role of the financial and ratings advisor, where Finch is now, but in the San Diego one, it would instead be Peter Ludlow, who would be much less friendly.
Click to expand...

They could put a challenge mode scenario on the San Diego map to achieve all game species in the park. I've seen a few youtubers try the 48 species on Nublar etc and I really think this should be an achievement in the game. Have all species (maybe San Diego is a smaller map than Nublar for increased 'challenge'). You need to have 5* facilty PLUS all species at 100% comfort to get the trophy.

Perhaps they could put a 'par-time' on it with Ludlow making sarcastic/condesending remarks as the timer ticks down e.g. "I made my first million faster than you incubated your first dinosaur" or "My suit is worth more than this facility, improve the rating fast"...... you get the idea lol.

If Frontier is looking at this thread, many Jurassic Park fans like me are in our 30's with good jobs, i would in a heart beat drop $20 dollars for a DLC with what OP stated.

Bohdan said:
If Frontier is looking at this thread, many Jurassic Park fans like me are in our 30's with good jobs, i would in a heart beat drop $20 dollars for a DLC with what OP stated.
Click to expand...

I'd sell my family. Just kidding, only one of my sisters.

would love the park gates that you can run a path through the middle of, so it can be placed just off the entrance of the monorail. or been able to place the original vistor center instead of the Entertainments building, however I would love to see the vistors center before and after it got left to die, that way you could keep the jurassic world theme but on nublar add the original but destroyed version of the vistors center.

Also the thought of having a jeep safari instead of the "Hamster ball" , but with regards to that I think it would also be good to see, the passenger vehical from the first Jurassic world what the galli's run past .

I think much of the 93 history would have to come from decoration. E:g been able to place the upside down 93 car, large logs that Lex, Tim and Grant hide behind or the one used in fallen kingdom or maybe fossilized dinosaur structures like in the Visitors center, that you can place next to your shops

Be good to see the Acu building having multiple skins, one been the original helipad in the 93 waterfall scene, and the helecopter with the original blue and grey skin.

In addition you could also add some from the Lost world, The mercs jeeps have them as a safari opition, or the Ingen base as a Visitors center or as the science center.

B
Dinosaur skins, building skins, and vehicle skins from the first 2 movies would be awesome. The only things I would like to see from the third would be the aviary and the fences the spinosaurus smashes through right before the aviary

I love it, and don't forget the classic Jurassic Park gate that we can place on enclosures and allows you to build path crossing it! (I already posted in my enclosure thread, but since it fits here... I'd really love to have the chance to create a Park - only area )

And the double gate and helipad.

Great idea. If they can’t get Ford on board either Toyota or even Mercedes they’ve done a lot for let movies

Yes please! I'd totally throw down money for a DLC that gives me the original park's tour vehicles as an attraction, and the visitor center to build. Could maybe combined with original skins for the JP1/2/3 raptors.