J
I played Planet Coaster since the Alpha release and now it's time to start my first project online. I like the challenge mode in Planet Coaster but the map is too small. So I had made my own challenge map, which is only a expanded deciduous sandbox map with a few new spawn points. Not only the challenge mode is a favorite thing of me in this game. I like also to create realistic rollercoasters and theme parks. This project would be not fully realistic with all rides placed on historical and chronological order. The main goals of this project are: keeping the park open during the game. The second goal, is having a paid entry and free rides. The third and last goal is creating a realistic looking park with small amounts of money.

Starting point
I started this map with $4000 and a large empty map. First stage is to earn money for research and building the final park. In this stage would the park not look like a realistic park but it's al designed to earn fast as possible cash for the future plans. 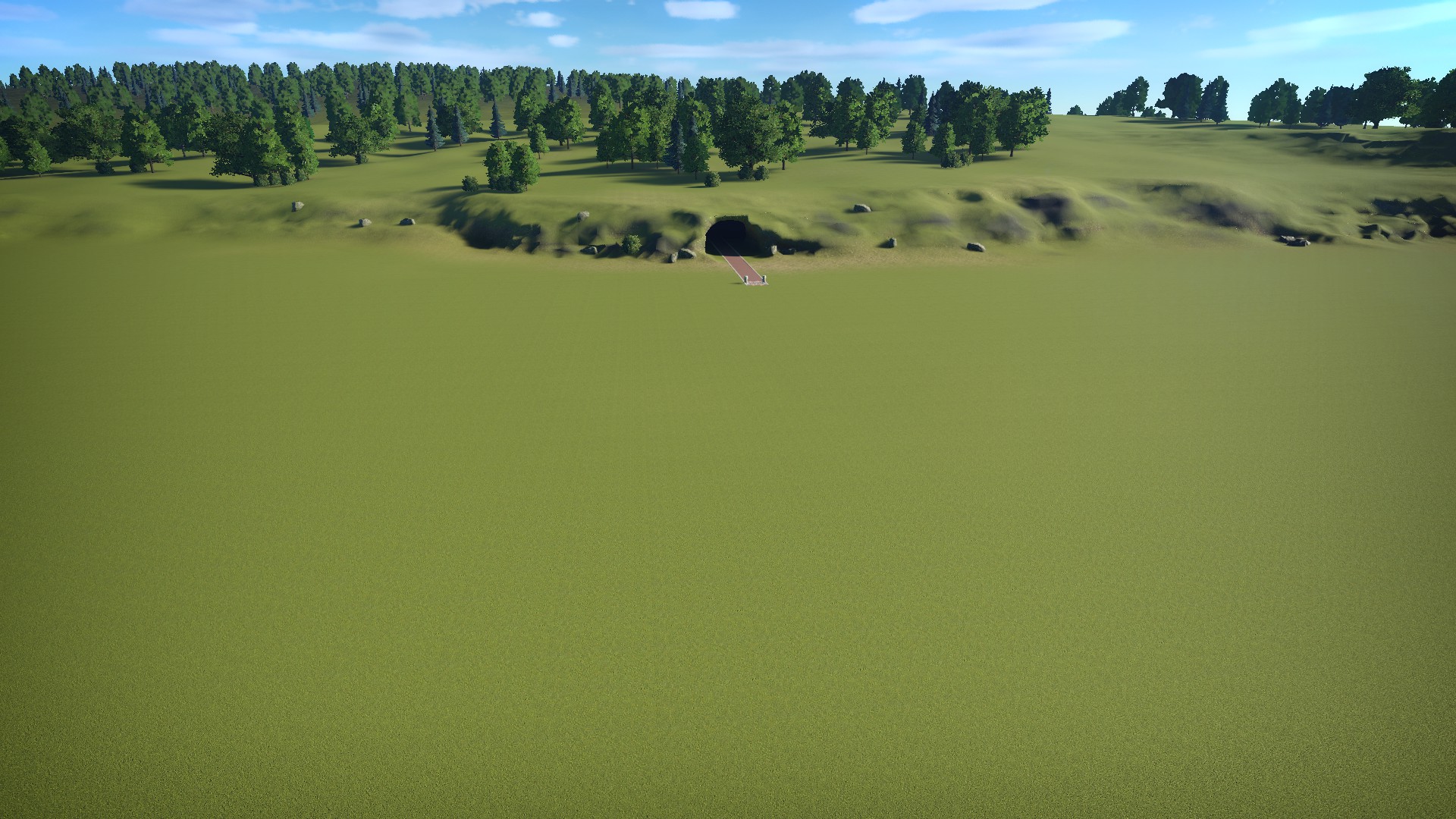 A blank area, waiting for the future as a world class resort.

First stage was building of two rides, a Wild Blue and a Venetian Carousel. After building this rides, was I running out of money. In this stage is the main purpose to earn quick as possible money and expanding this park. For food and drinks I had to build two vending machines. So I save money for staff but the guests can buy food and drinks. Keeping the guests happy and letting the guests staying longer in the park. 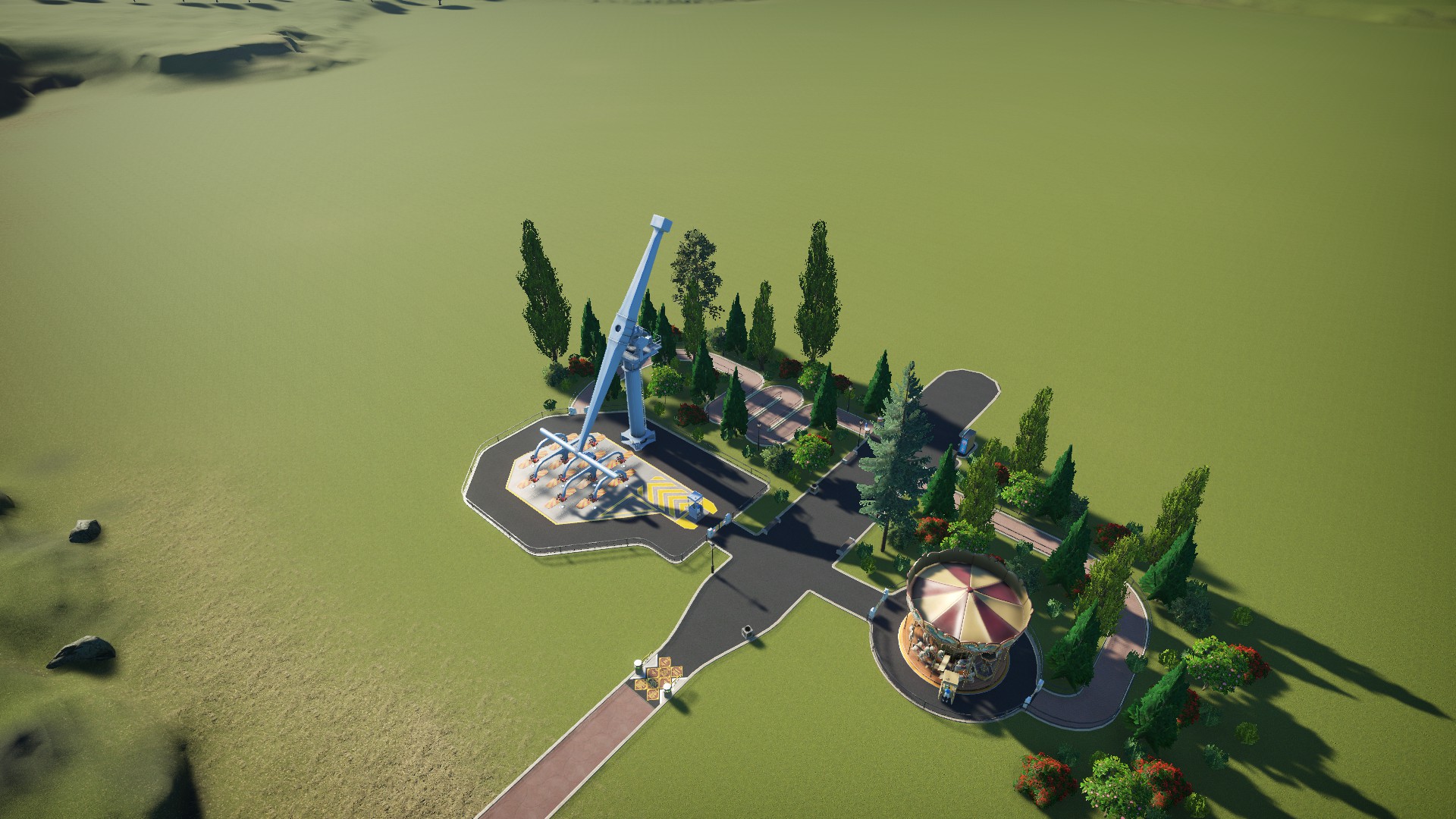 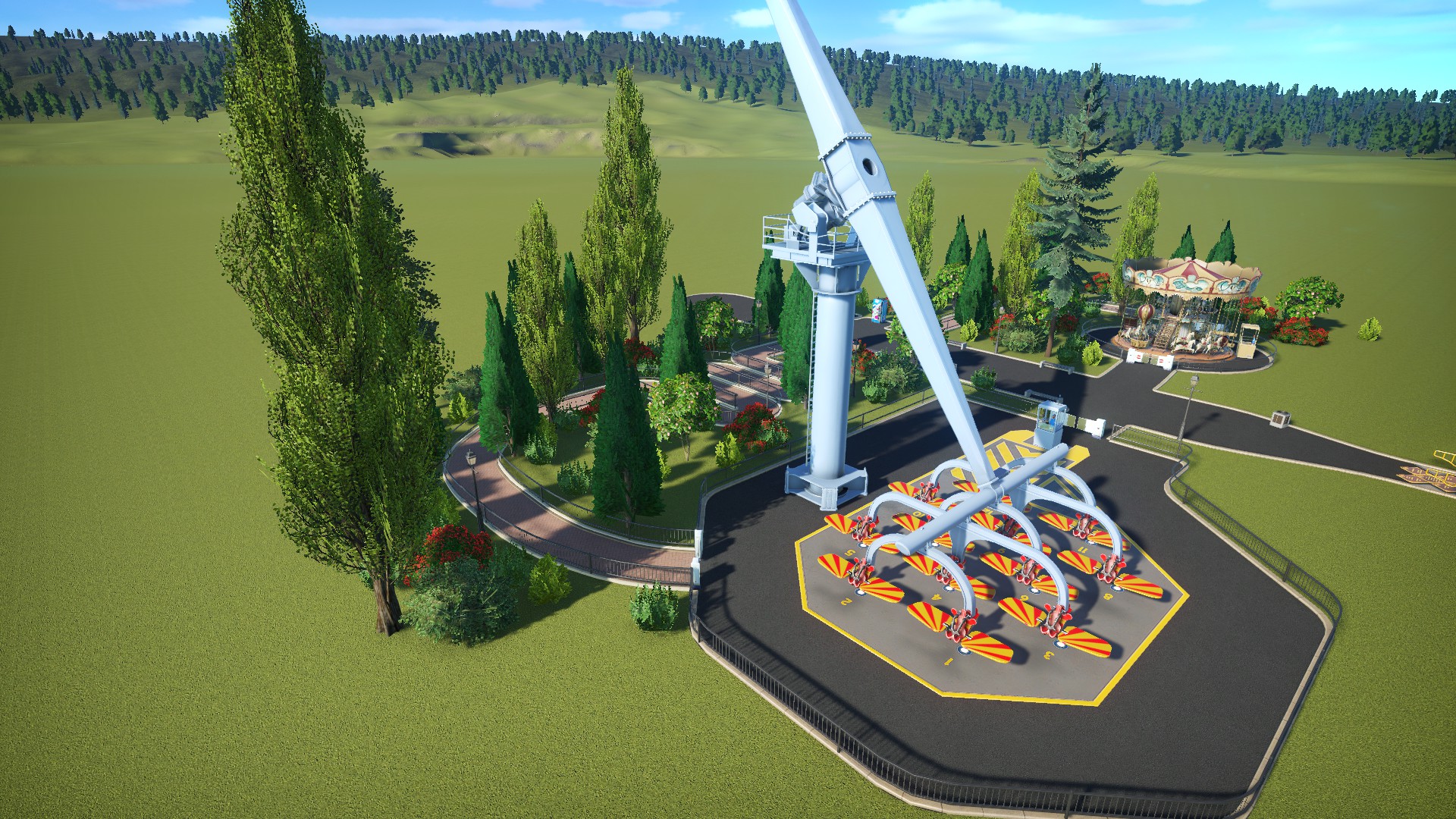 Expanding the park
To earn more money and raising the admission fee. It's necessary to expanding the park, the first stage is building new rides. Not only rides had been built in this stage, facilities as a staff building and toilets are also built in this park. I was also started with researching, first stage it's researching shop brands and a ATM. 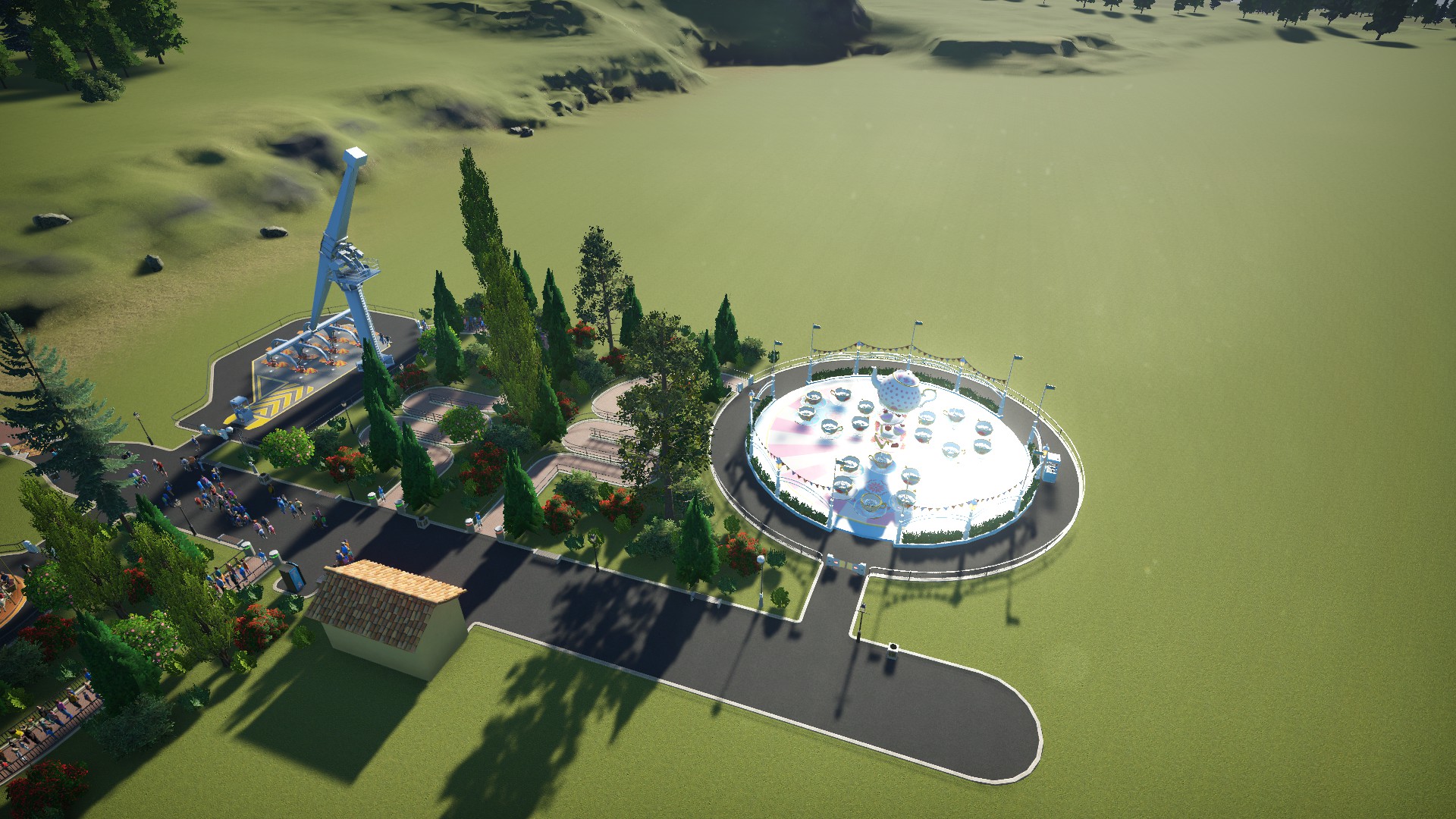 First expansion of the park, a Tea Cup ride and a facility building with toilets and a staff room.

At same moment some more stores are researched so it's time to build a few shops and restaurants. Two new rides are also build on the starting strip, an Insanity and a Psychola. 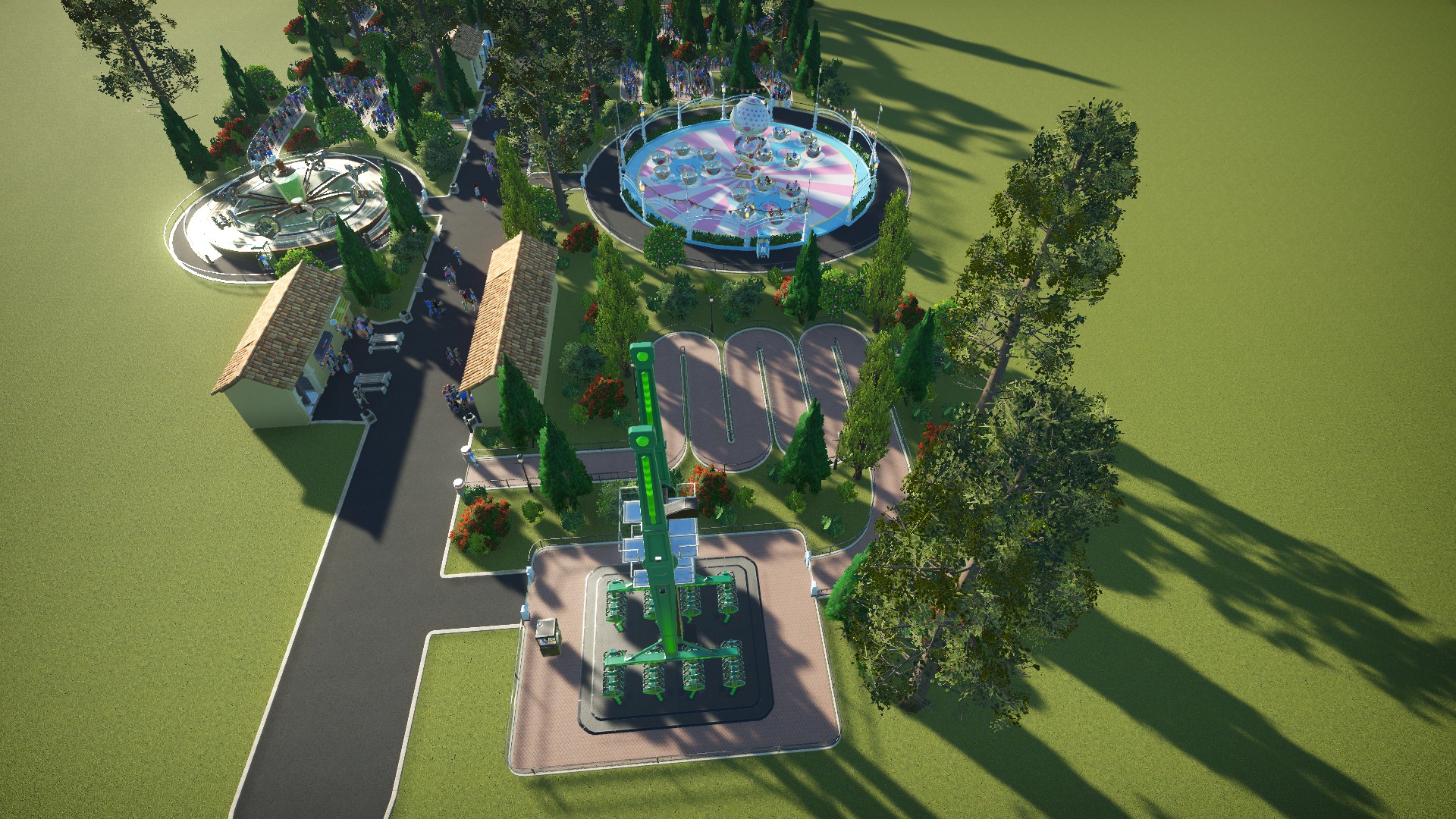 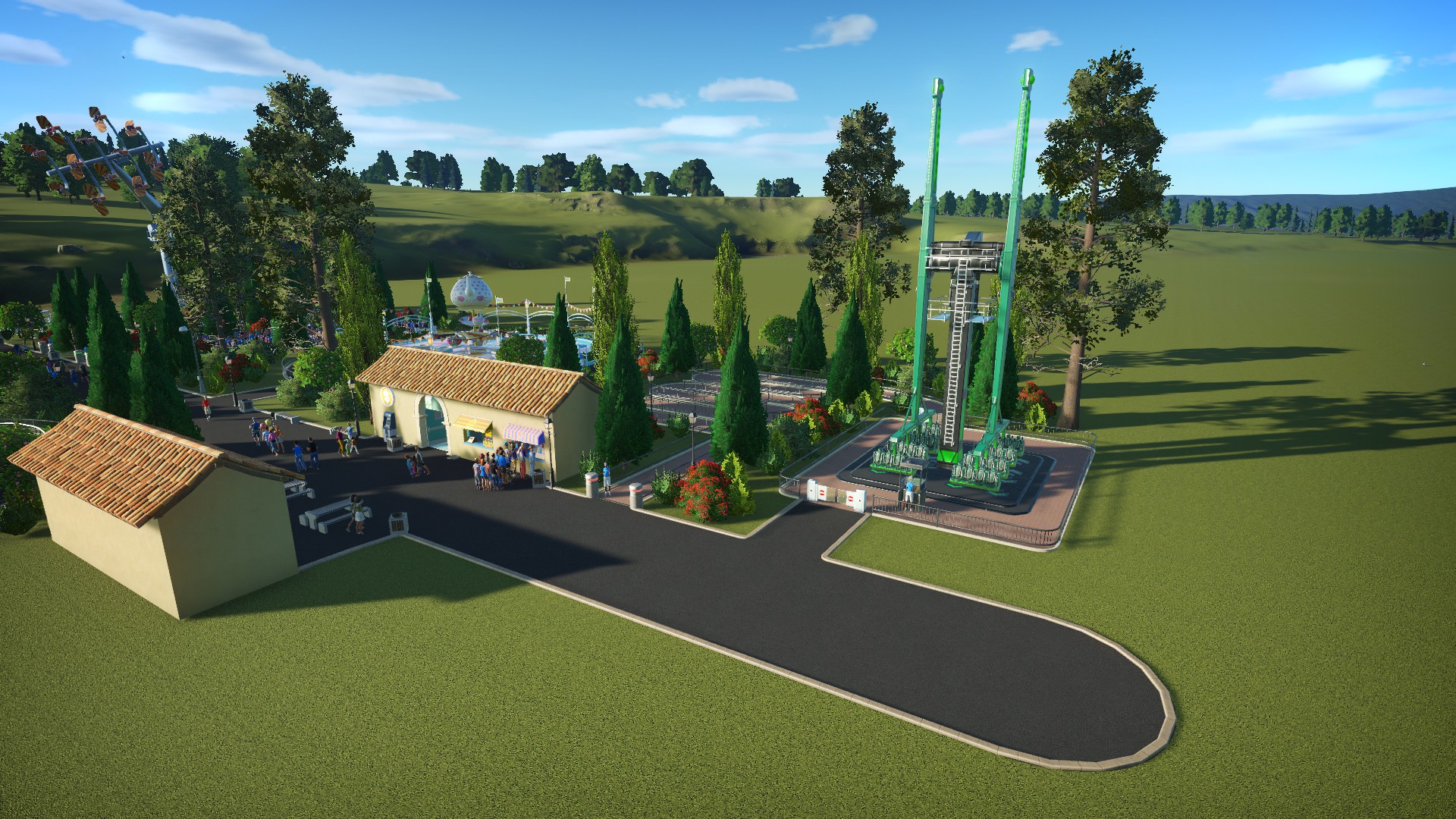 The first major expansion of the park, a few shops, an ATM and two new rides.

Last stage in this expansion fase, is to build few more rides To raise the capacity of the park to 2000 guests. Most important is expanding the strip with new researched rides. The end goal of this fase is having eight rides in the park. Park would than be fully self sufficient and I can use the money to build the end version of the park. This sounds pretty easy but I had some moments that I only lost money. Than I had to loan some money to expand this park. 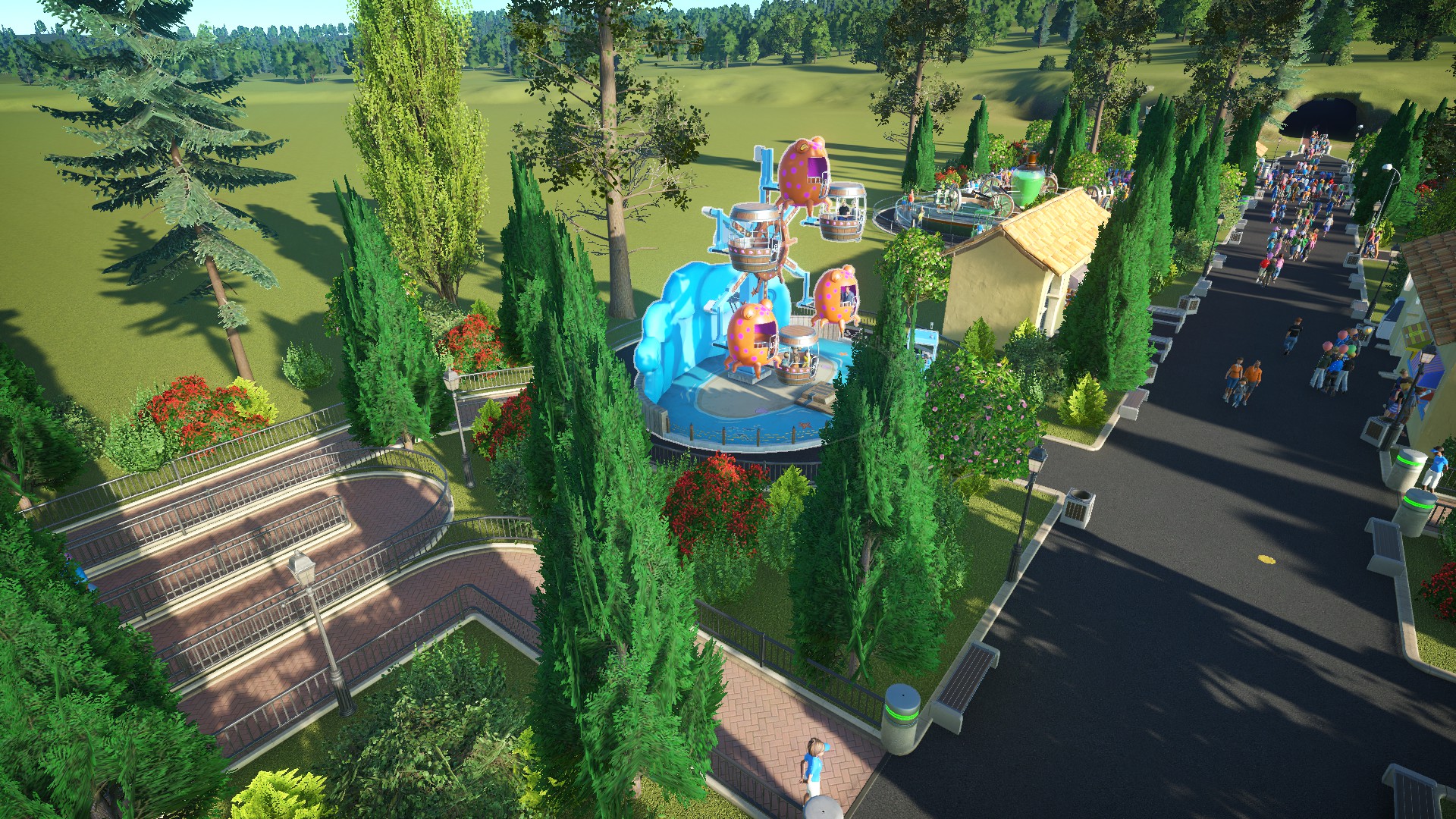 First addition is the Whirly Rig, the last ride of the starting list. 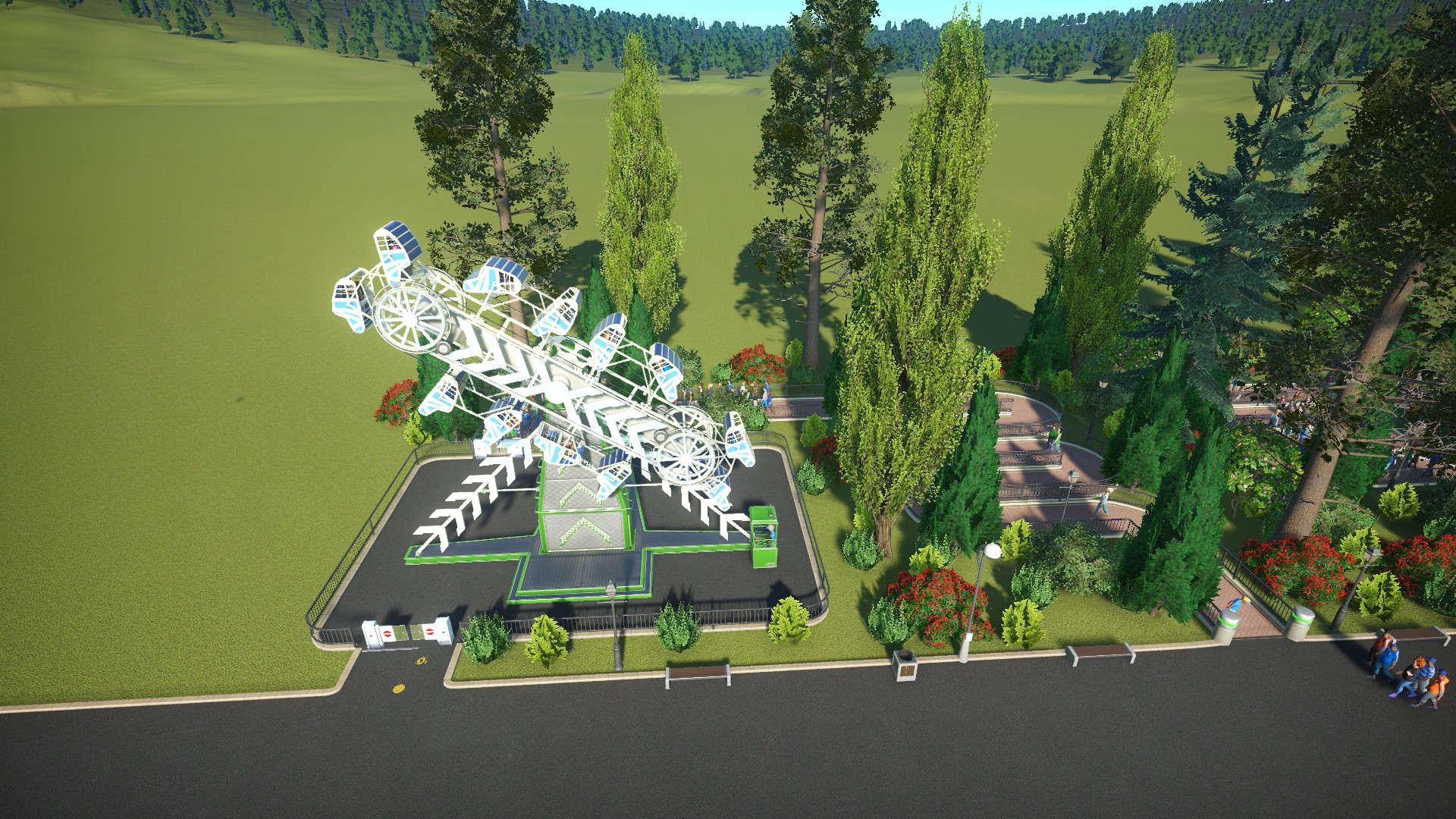 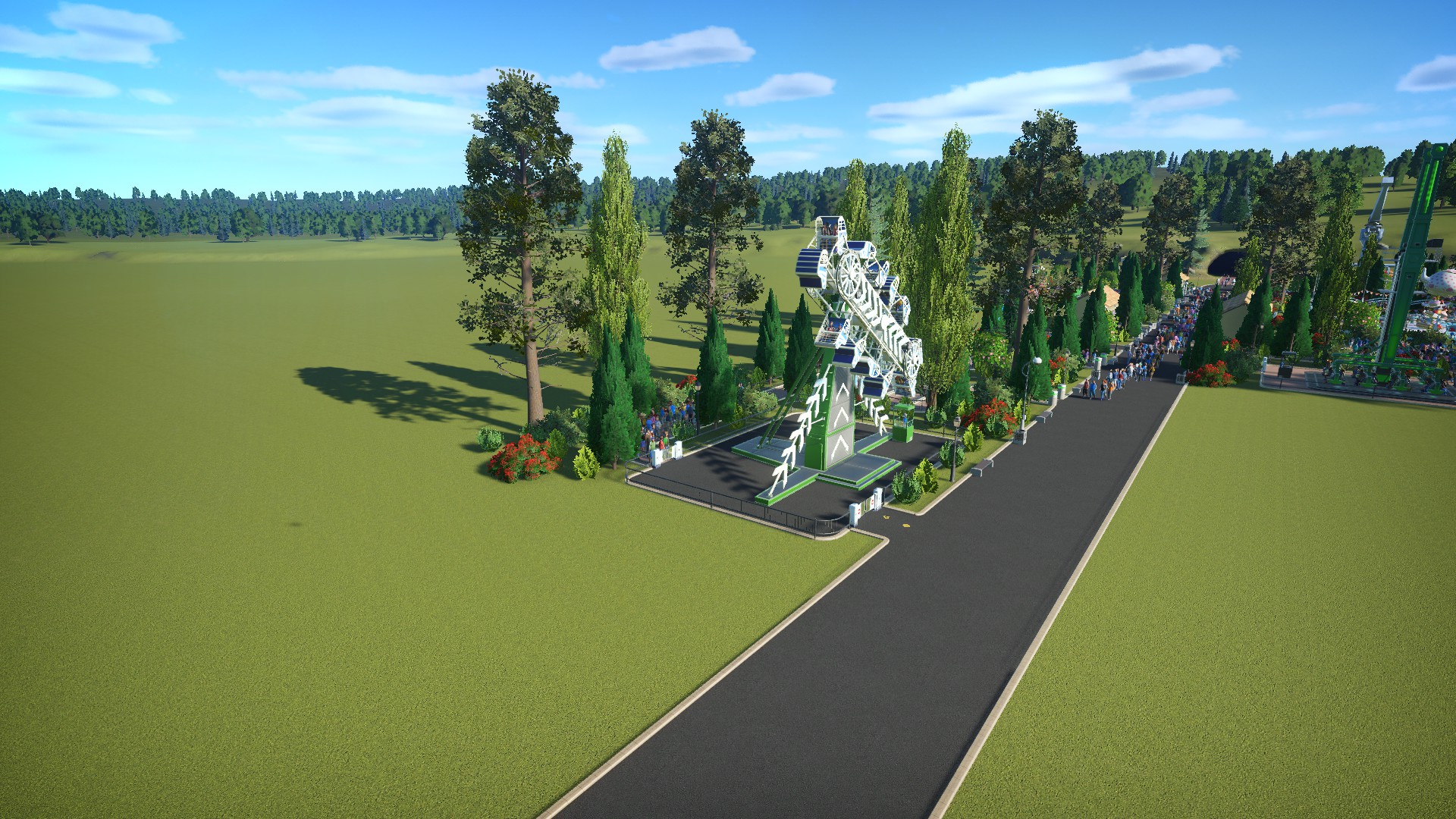 Next expansion is a Kick-Flip, a thrilling ride which is really populair by the guests 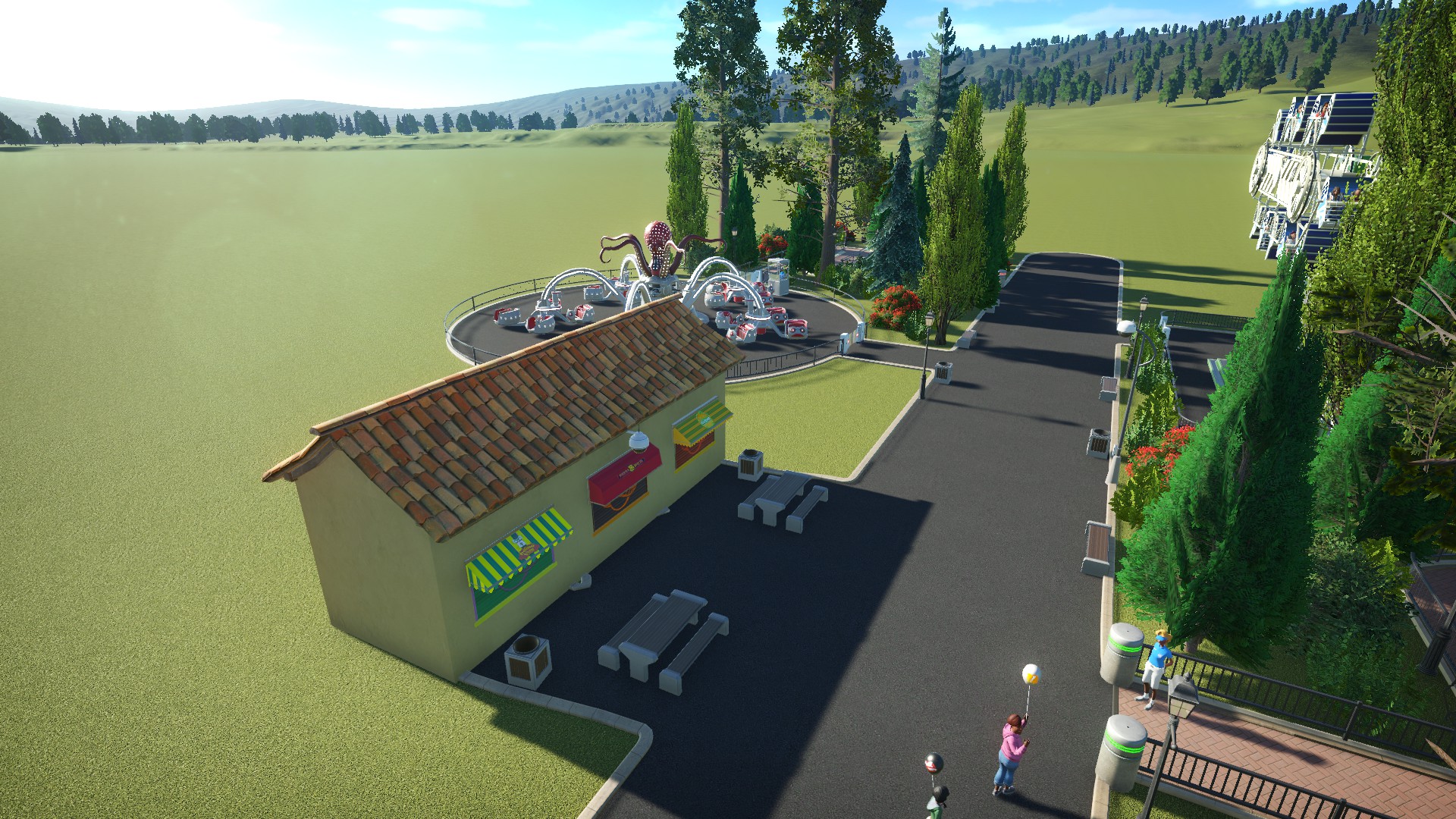 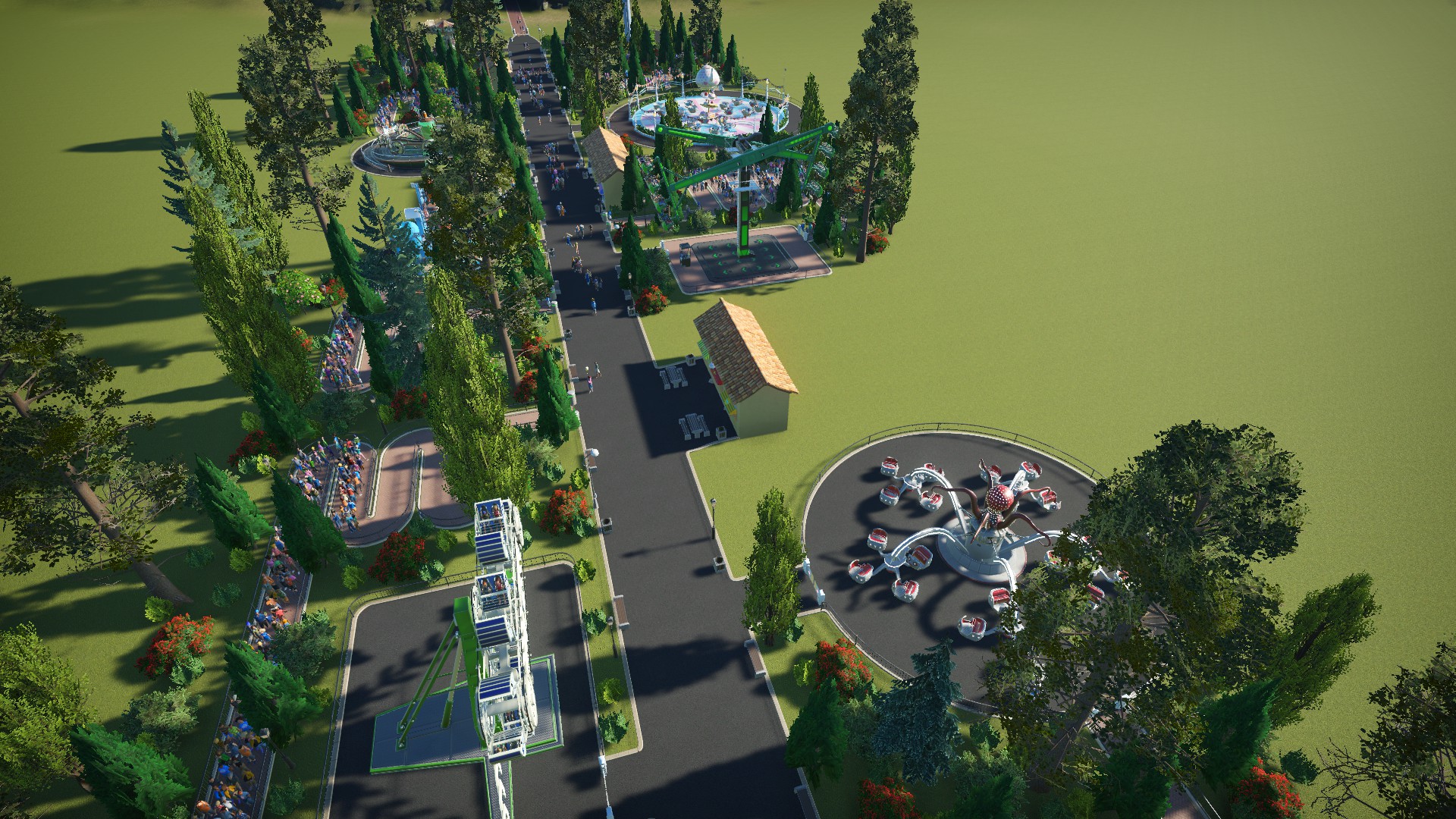 On the opposite side of the Kick-Flip, I had built a Rocktopus and a few shops. 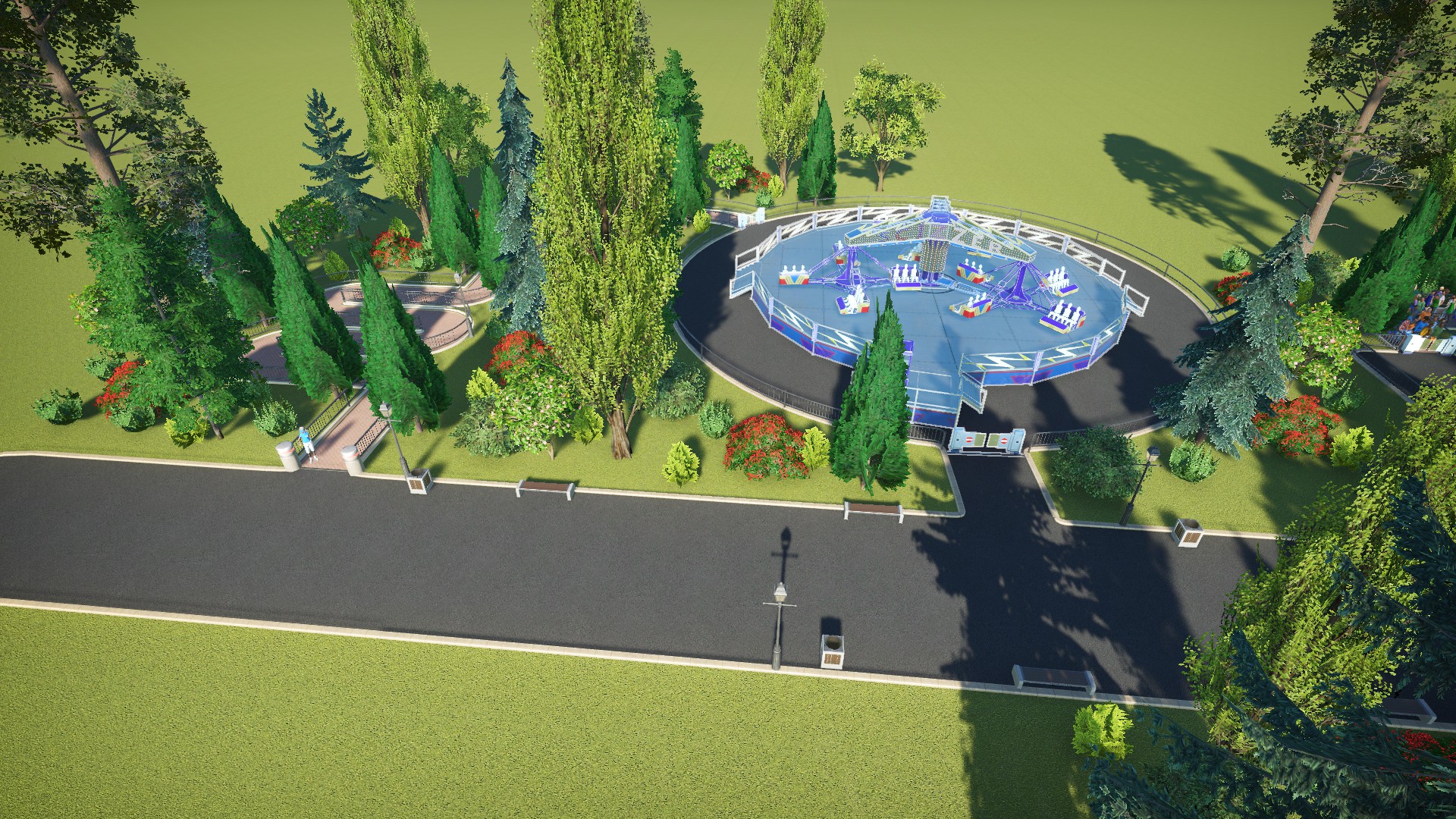 The last addition is the Scizzer.

What's next?
The coming stage is building the real park, first stage on the to do list: is building a new entrance.

J
Update #1
The first stage of building a nice and realistic looking park, is the creation of a new entrance. I started to build ticket booths, entrance and one side of the Mainstreet area. At the other side of the Mainstreet are some floors build, for the future development of this area. Since some rides are placed on the location of future development, I'm going to move some rides very soon. A good side effect of this nice themed area, is a growing number of guests of this park, and a growing income. 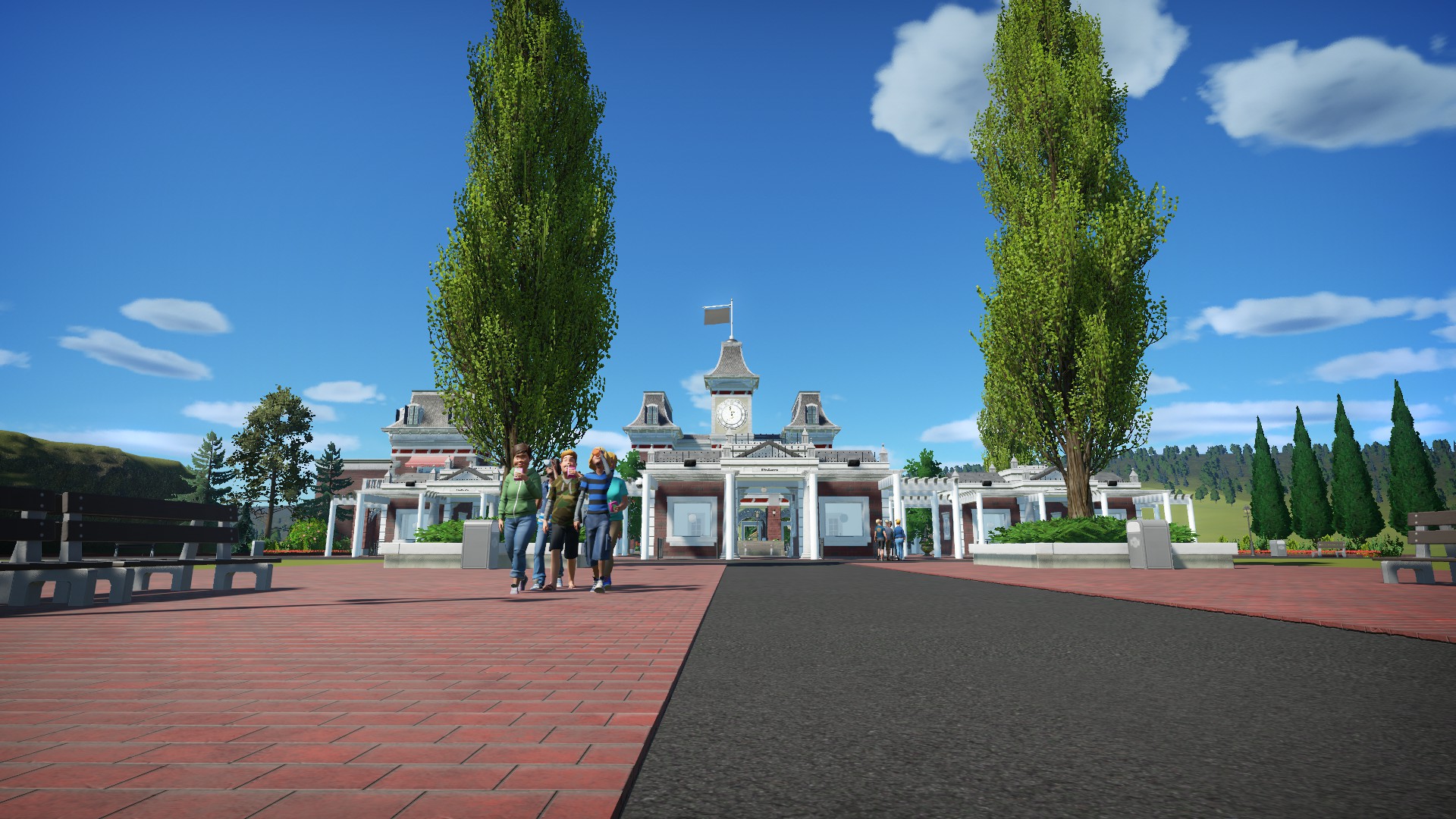 From the spawning point to the ticket booths, this park haves six ticket booths and four booths for group sales. 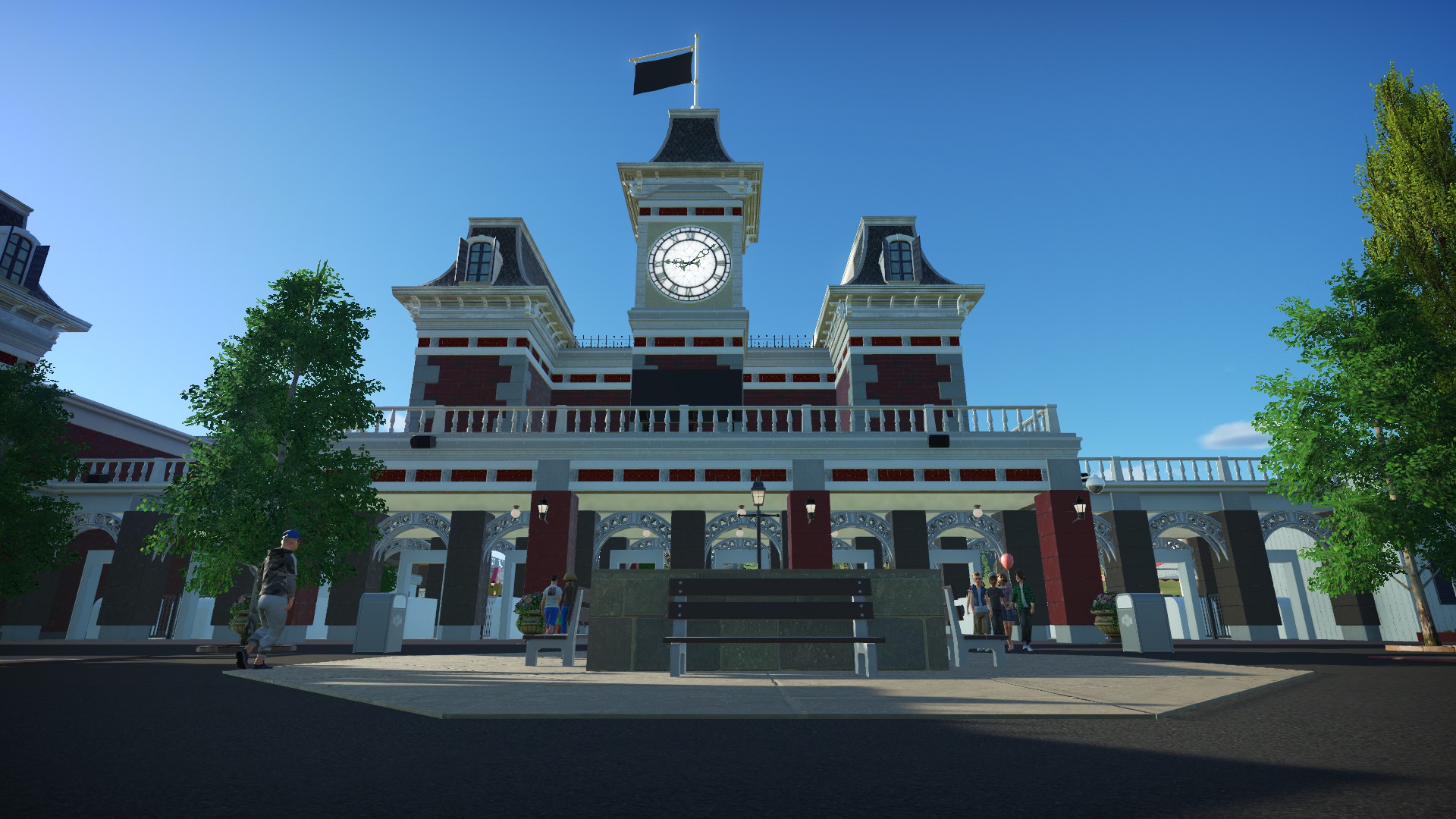 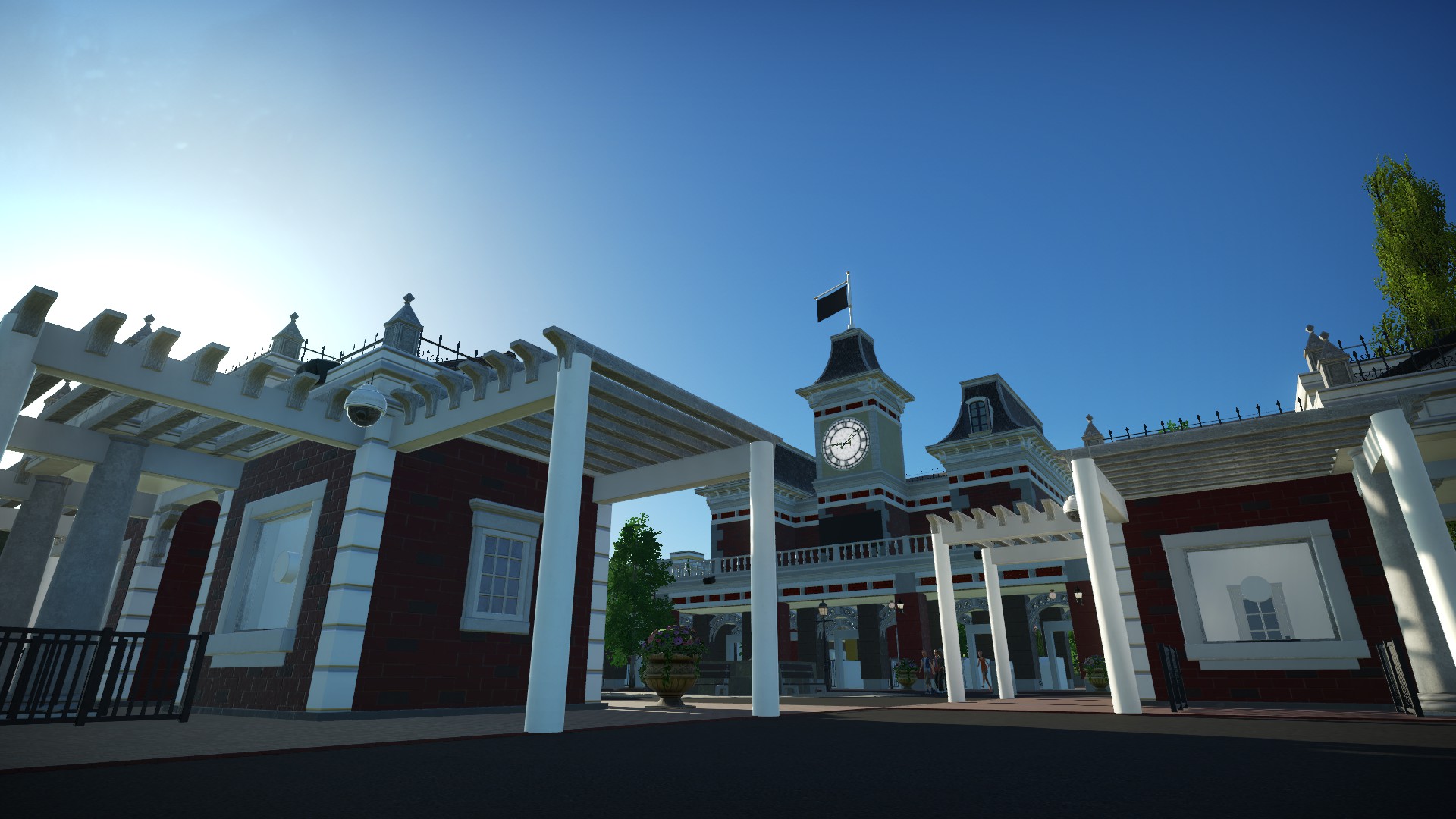 The main entrance, there's at this moment no name and logo for this park. 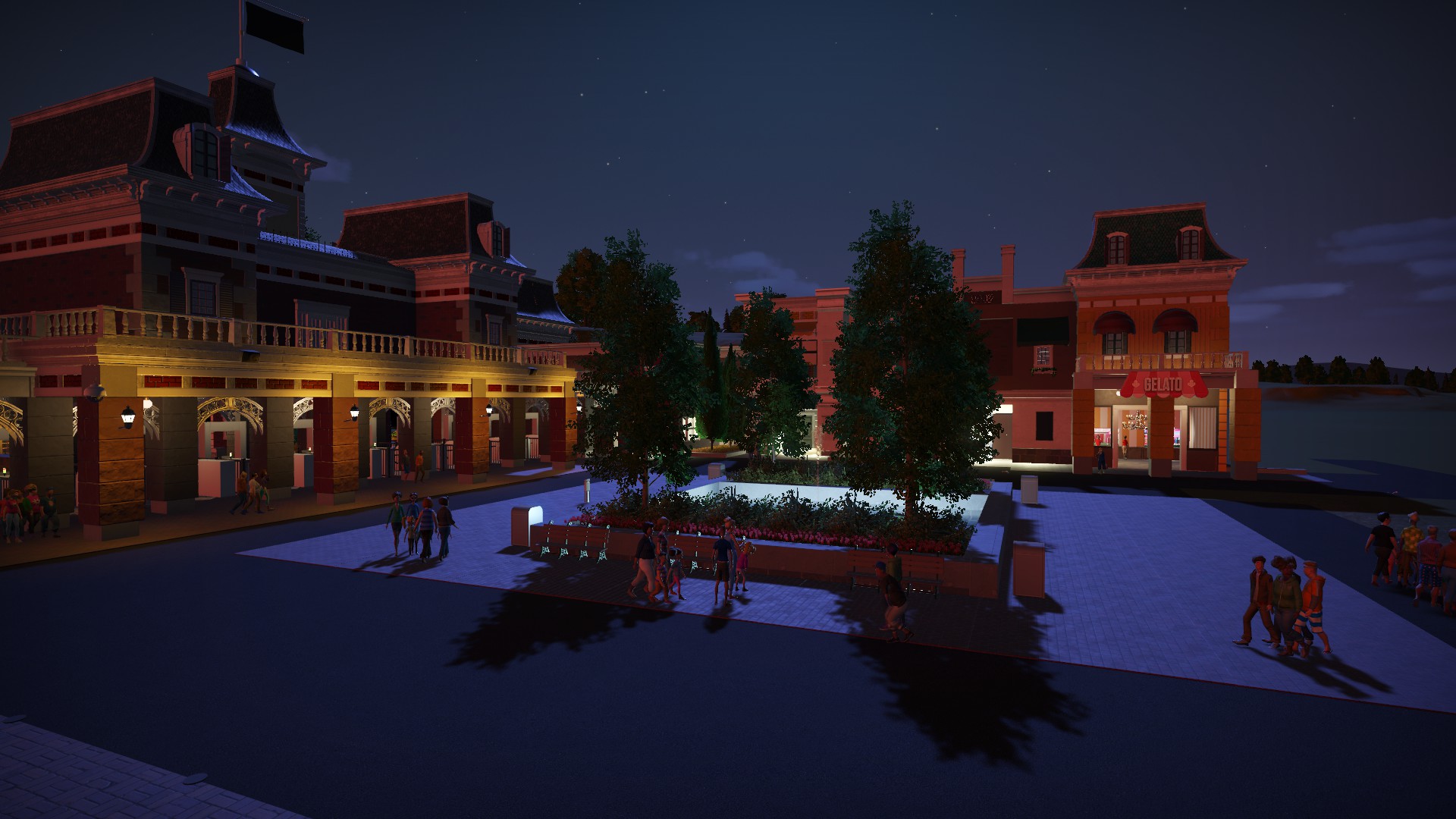 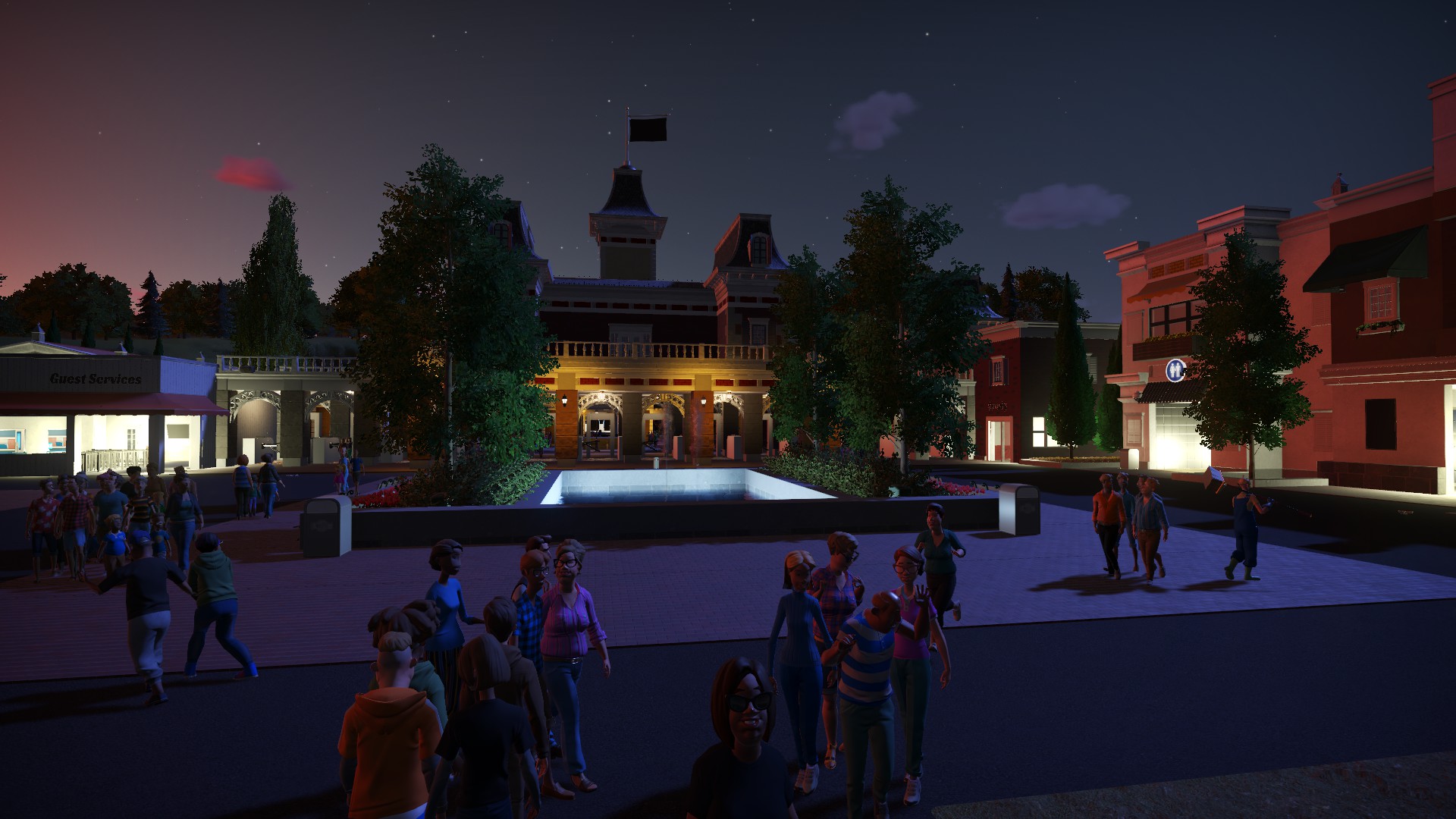 The Mainstreet area with the first built side, fountain and entrance building. 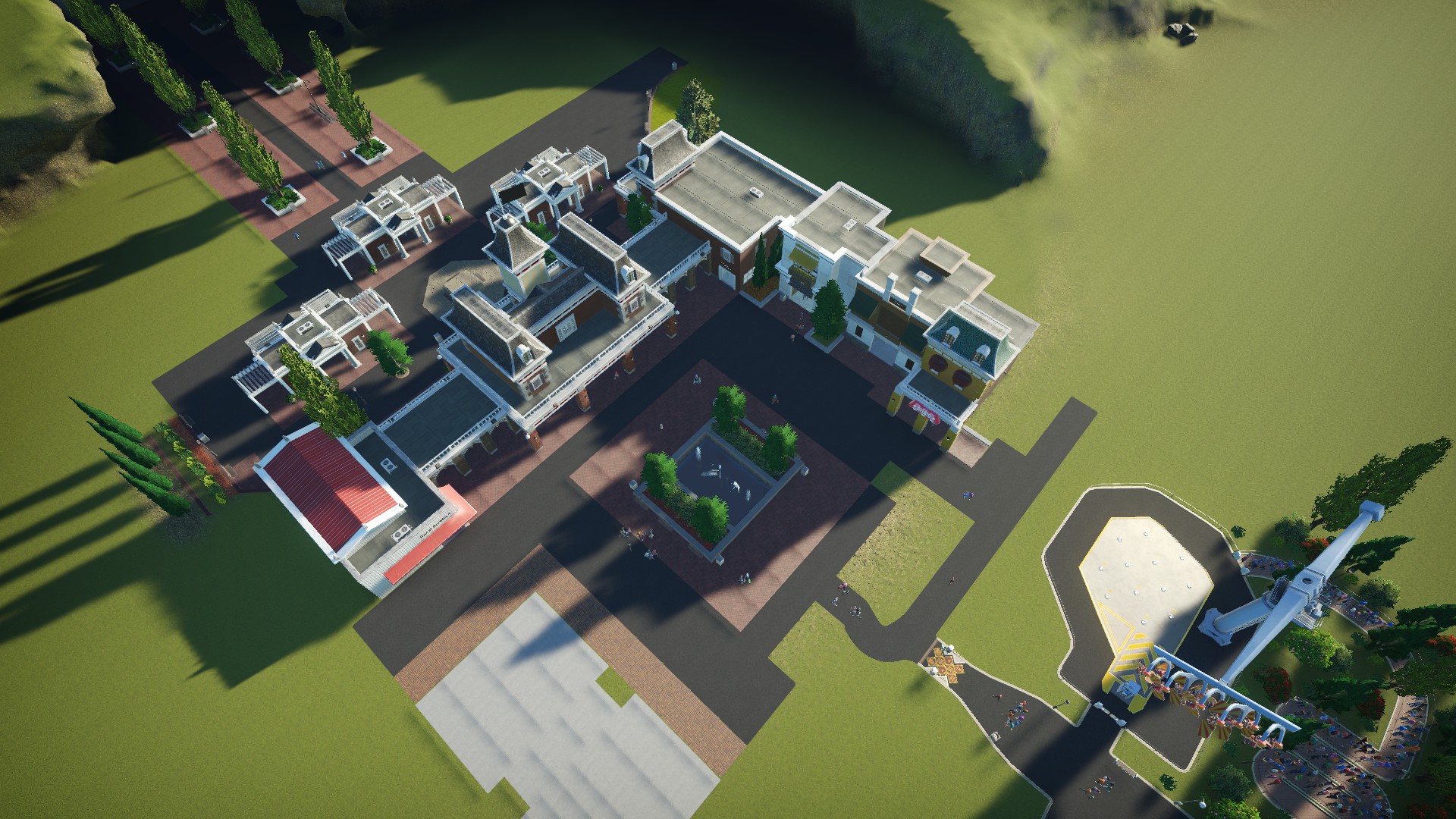 Final picture: a summary of the Mainstreet area and entrance