The Piers look really great love the classic feel of each pier. When will this be on the Steam Workshop? I really hope that Frontier will add The Whip ride in the next update.
Last edited: May 28, 2018

R
What happened to that spook shack ride you planned? Doesn’t seem to be any room for it now.

I gave up on it since you can't use triggered animatronics (namely doors) with the Hoax because the 3rd car in each group hits the doors and misses the animatronics. [sad]

Spooky Shack at Kaleidoscope Piers! A little bit spooky...a little bit disco...and a little bit whacky. No story...just fun nonsense throughout. I can't put it on the workshop...it's nearly 15,000 parts! 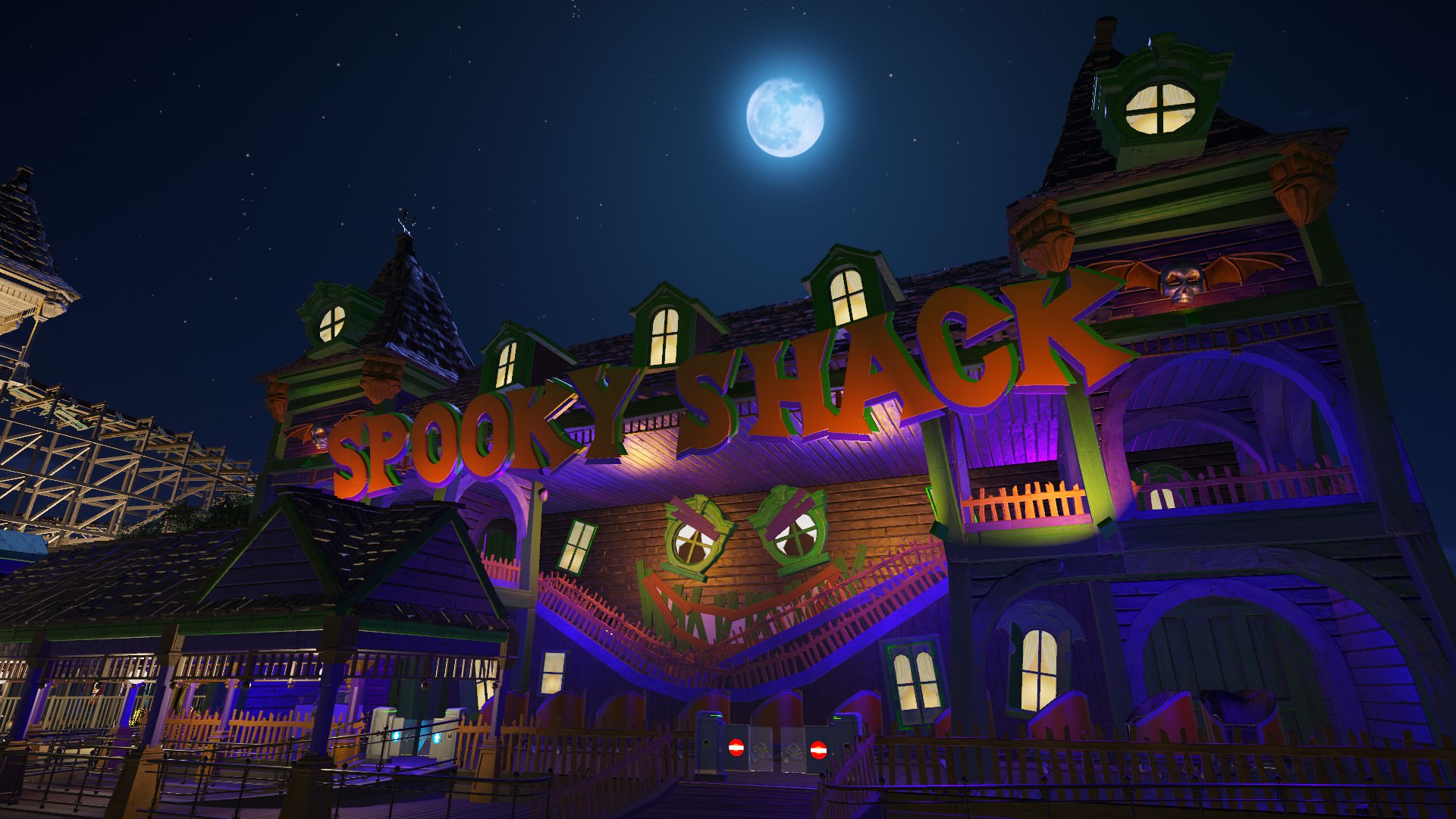 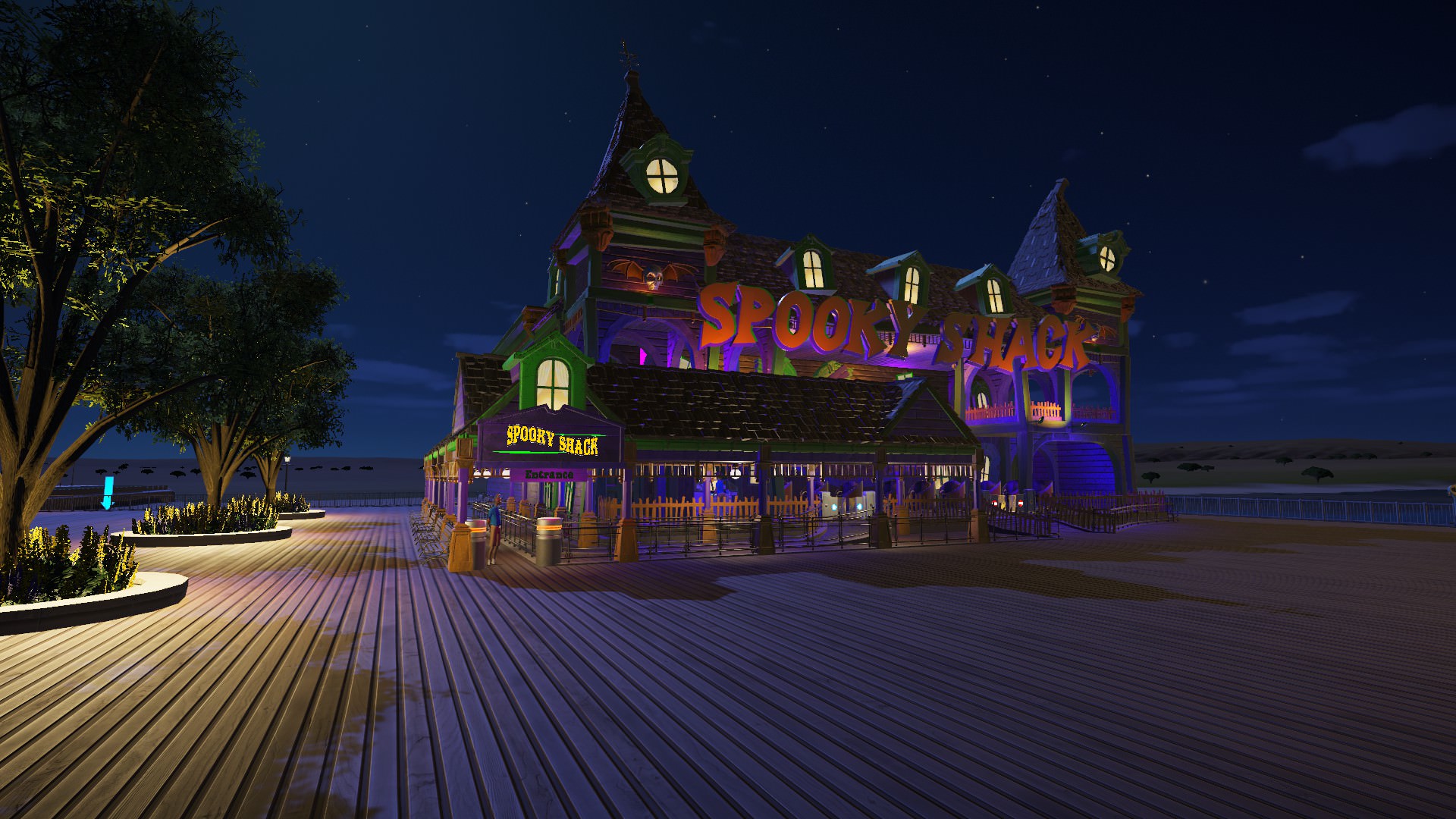 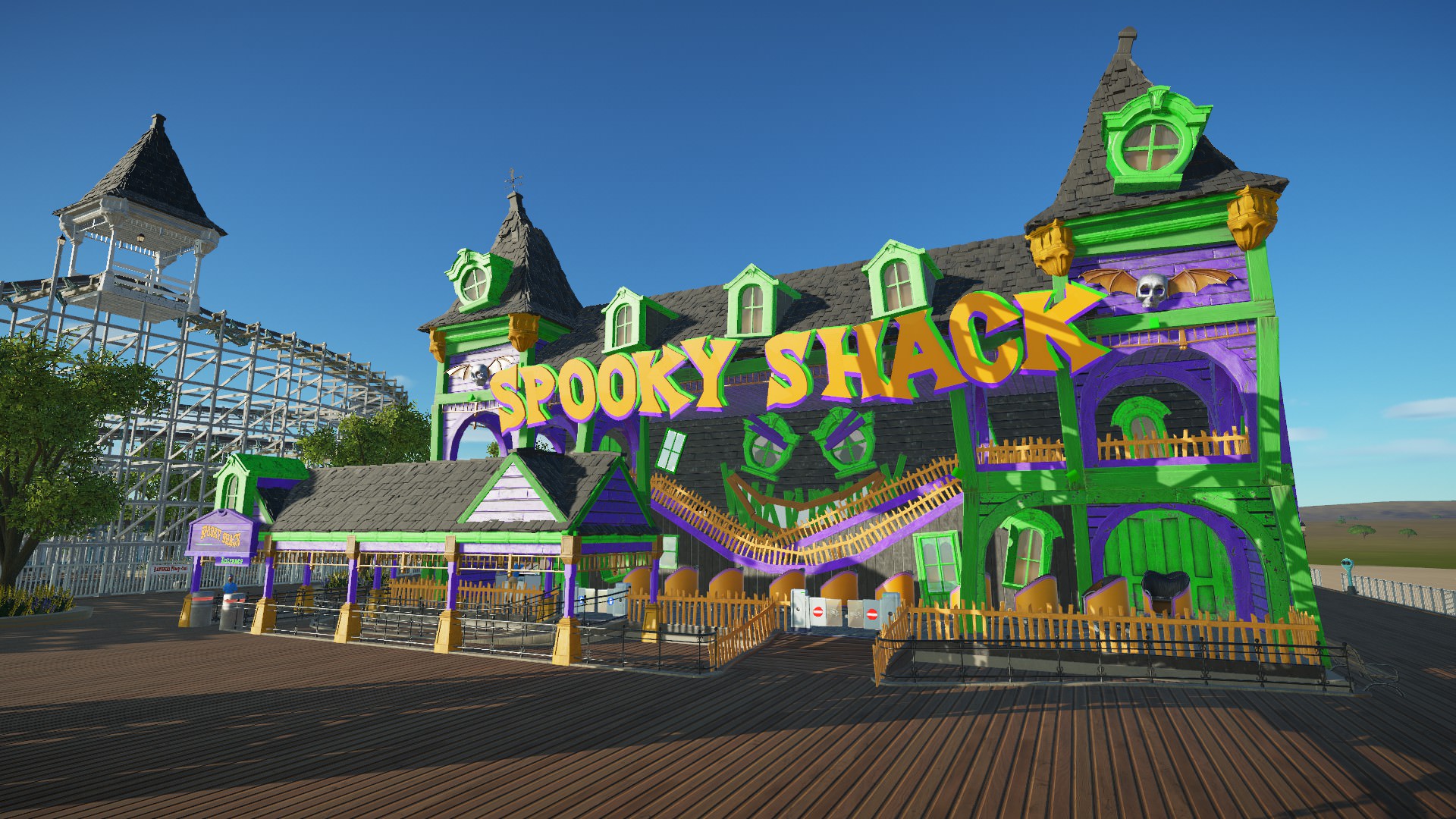 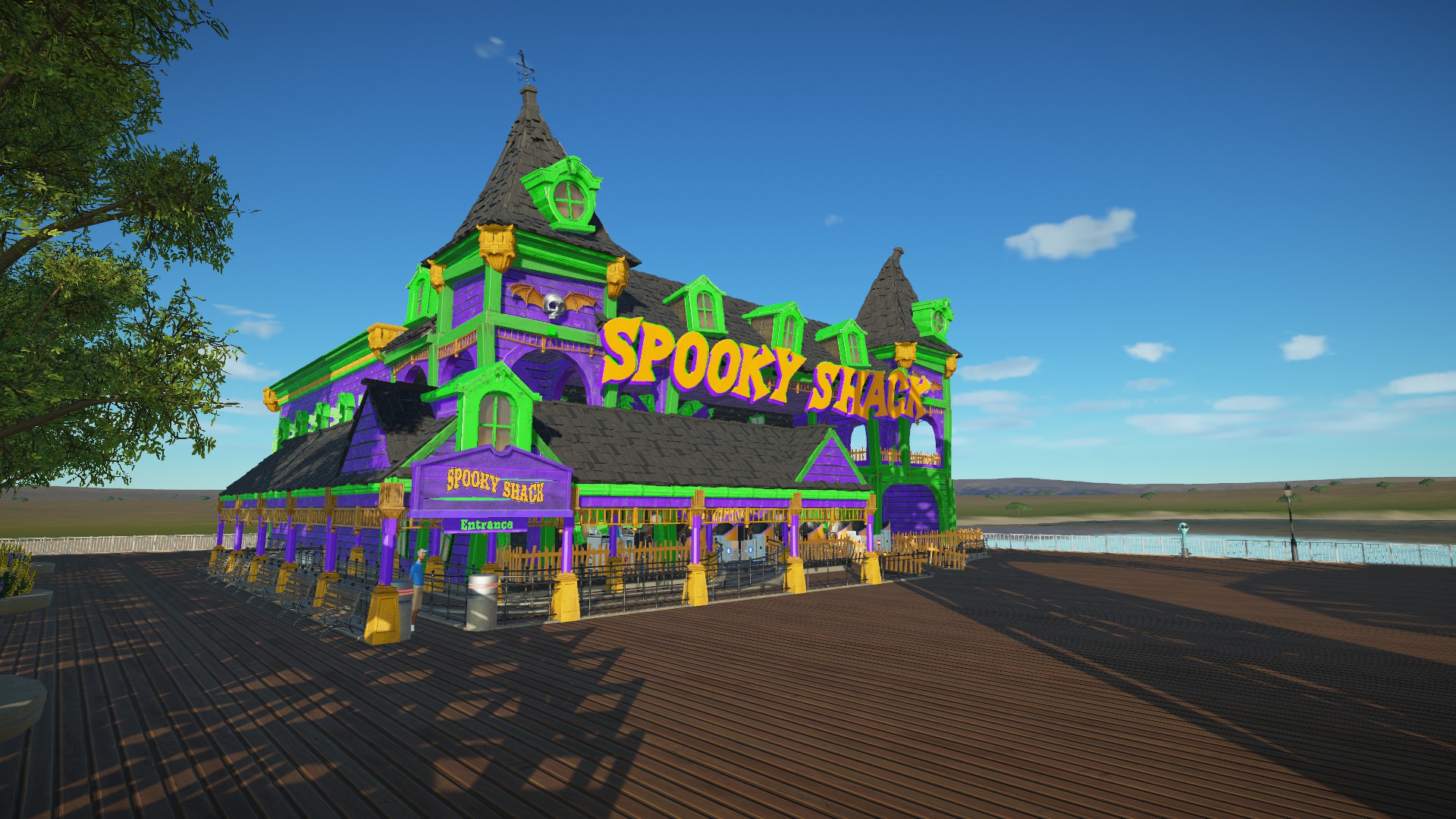 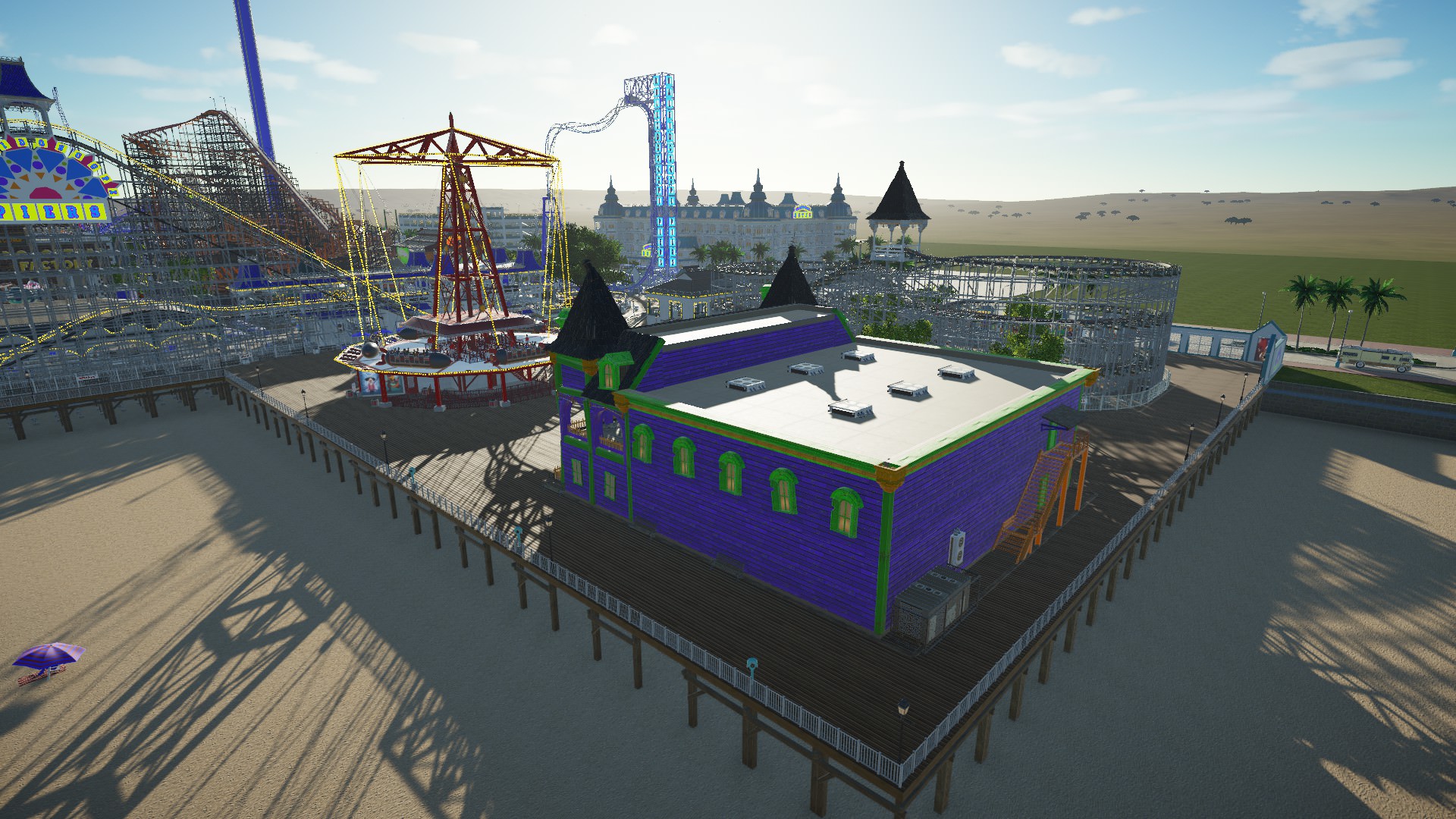 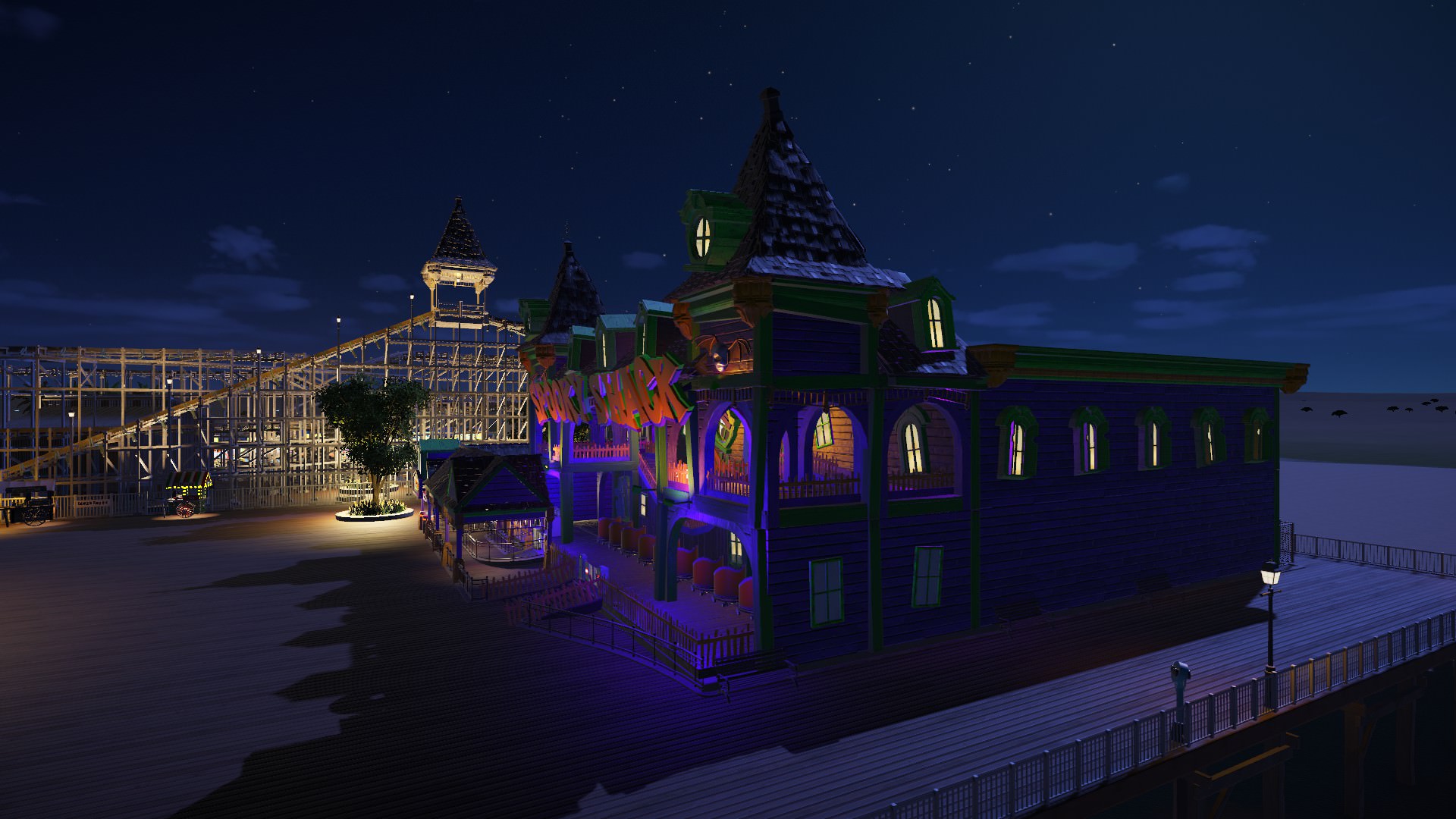 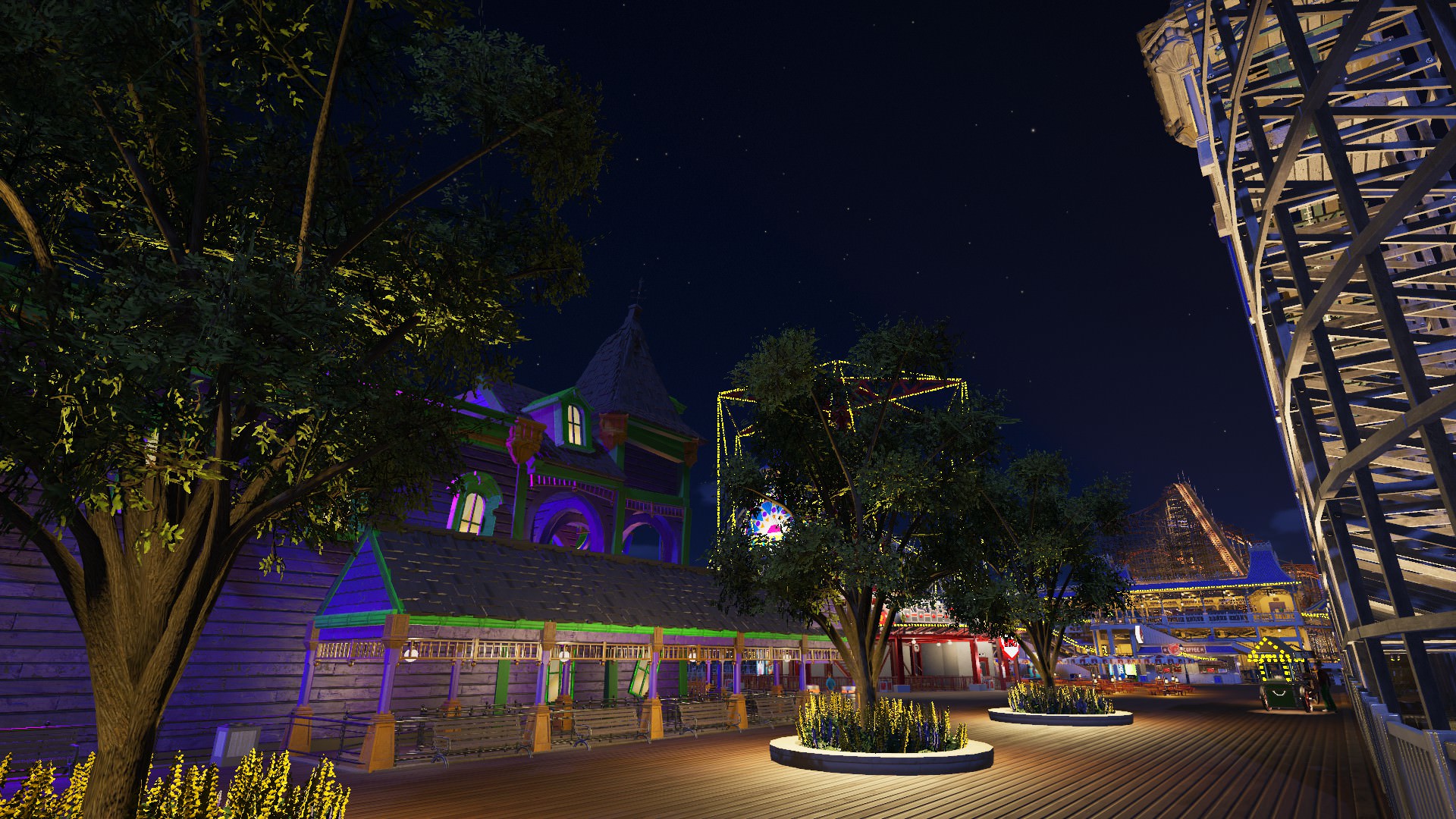 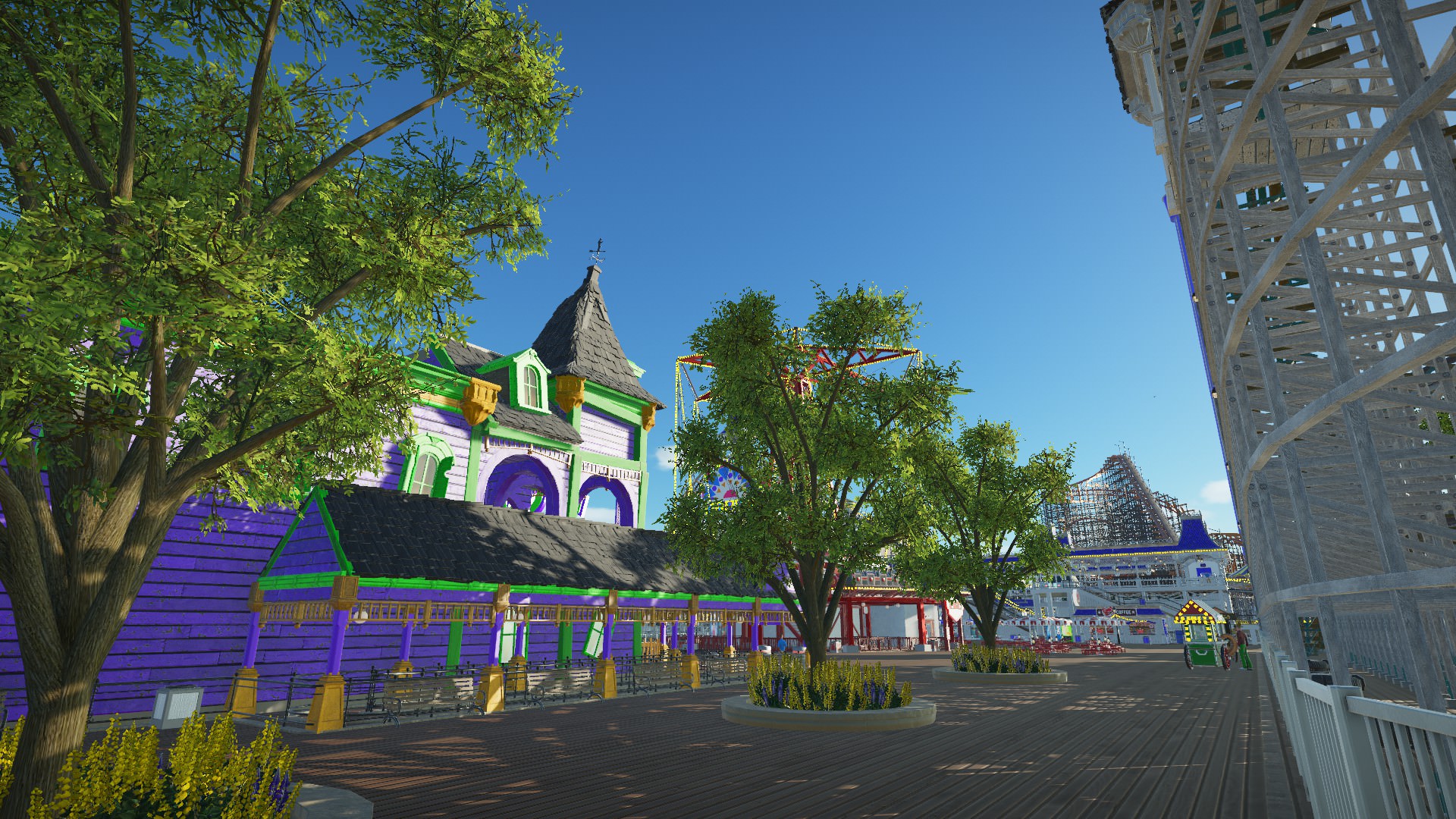 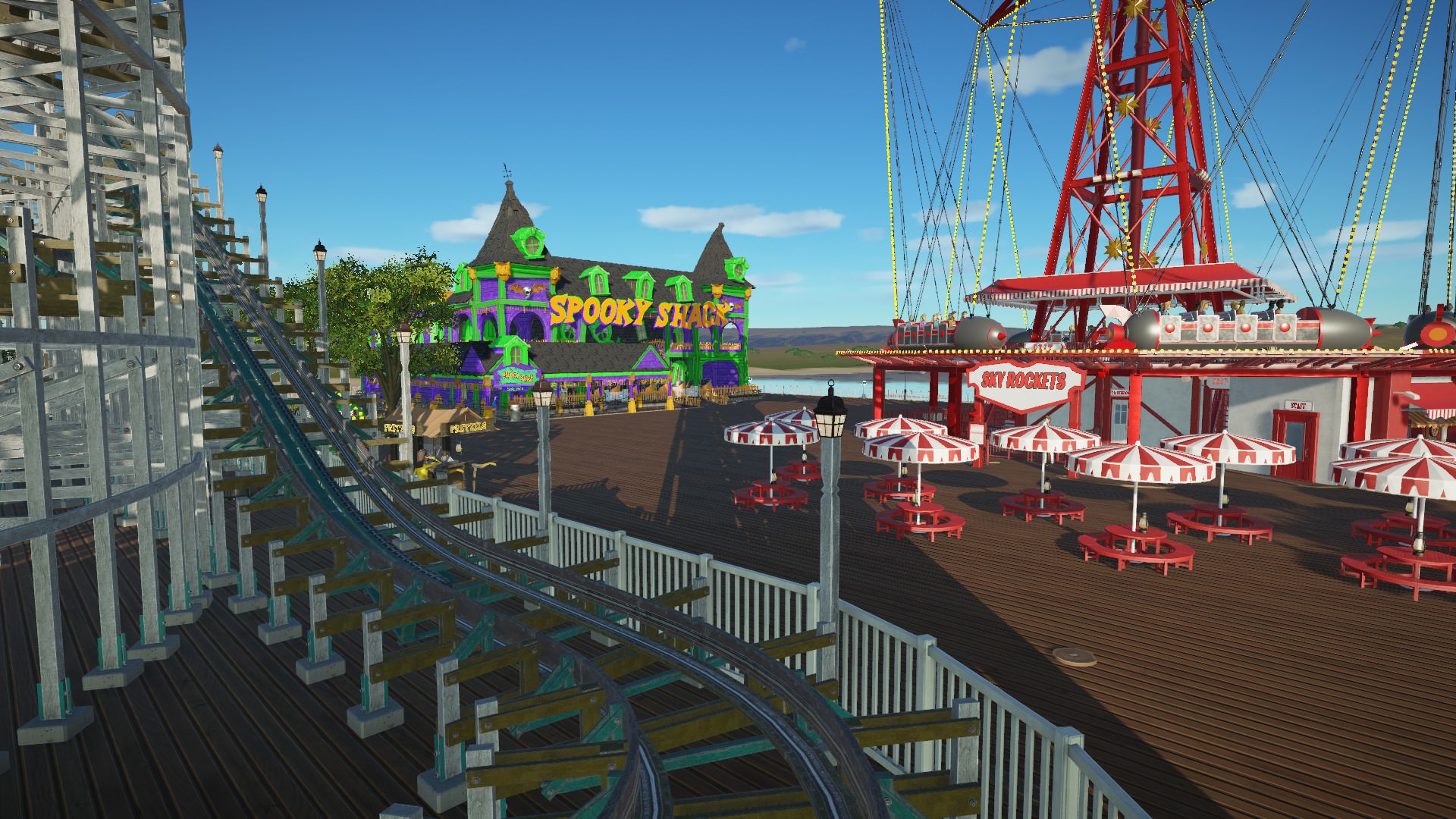 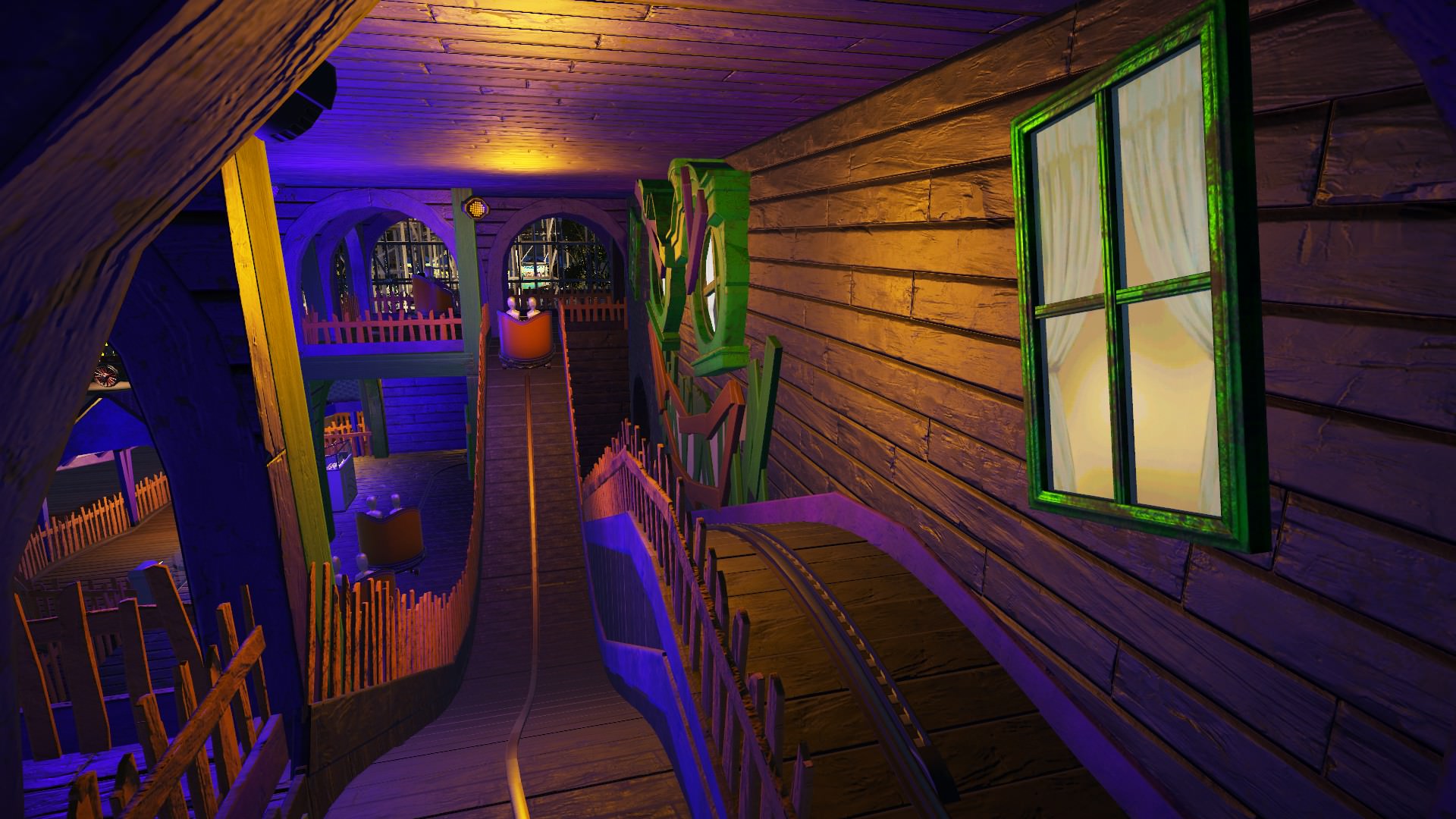 I really like this ride. To bad you can't upload it to the Steam Workshop. Love the style and detail of the ride. Also your pier looks great too.

R
So you changed your mind and built it anyway? Great twist on Bill Tracy’s rides. Glad you found a spot for it. You have the best beach or pier park in Planet Coaster! Well, I’m making Wildwood, NJ pier recreations from different years. Such as 1983, 1996, 1998. Everything is being done from looking at old photos and videos of the piers and rides. And it will be split into two segments, north and south. I was able to fit all the piers in in RCT2 and 3, but in PC it seems that the map is smaller than RCT3. Or isn’t it? You could upload Spooky Shack as a park file though, or maybe release a beta of the park early since you are waiting for a sky ride that we might not even get in the next update soon? You know what, I would love a set of different patterns for the rotating tunnel from Midnight Manor that was released by itself on the workshop. Such as a golden nuggets pattern, a fake rock pattern, orange, red, a pattern like in Waldameer’s Whacky Shack.
Last edited: Jun 20, 2018

Love this park so far! Great vid on the Spooky Shack - you managed to fit a lot of content in a relatively small building. Look forward to seeing more!

R
What happened to the Whip? You removed it for Spooky Shack?

No...I put it where the Himalaya was...next to the Old Mill. And I moved the Himalaya down to the end of the pier. No worries! [big grin] 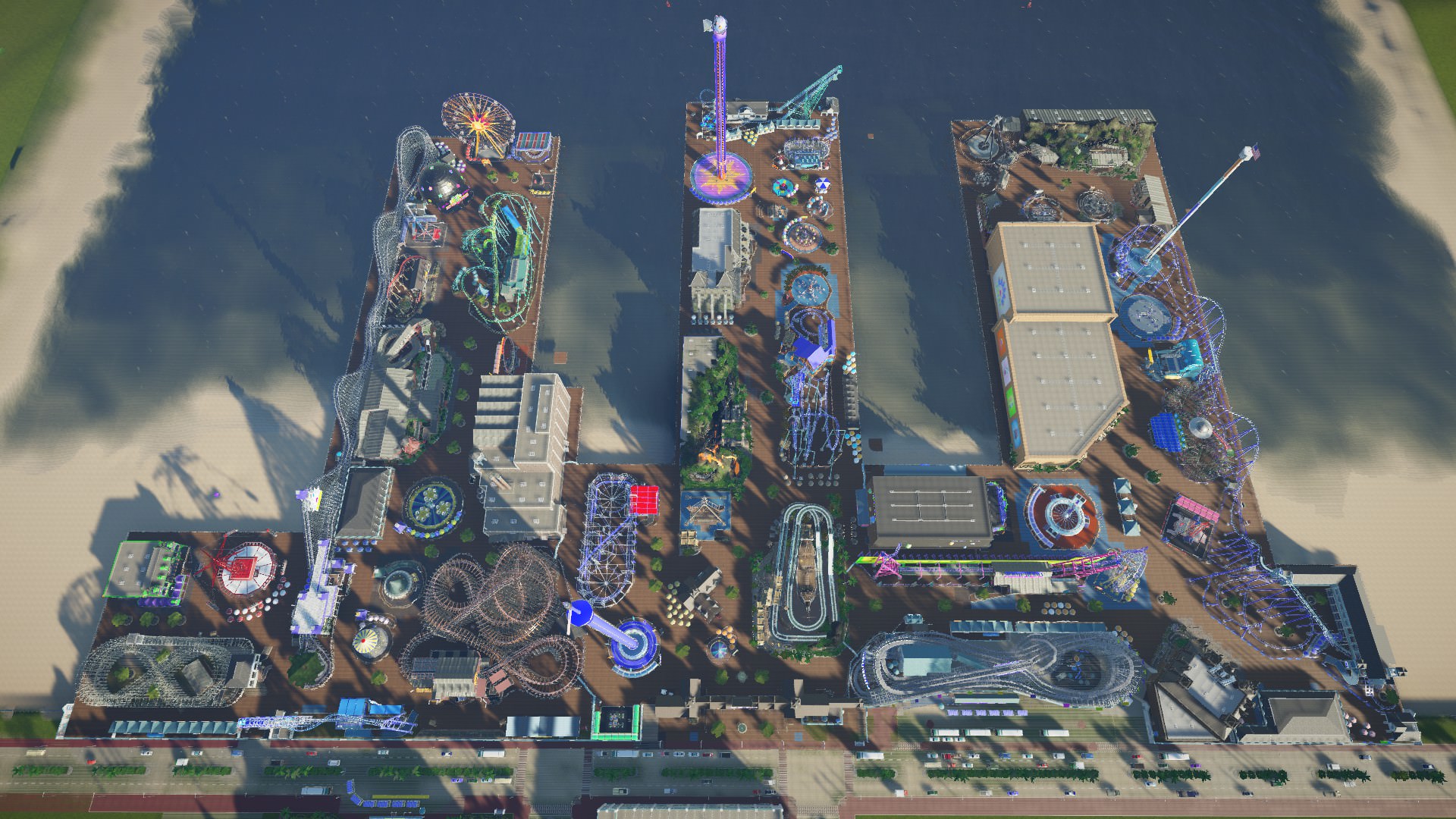 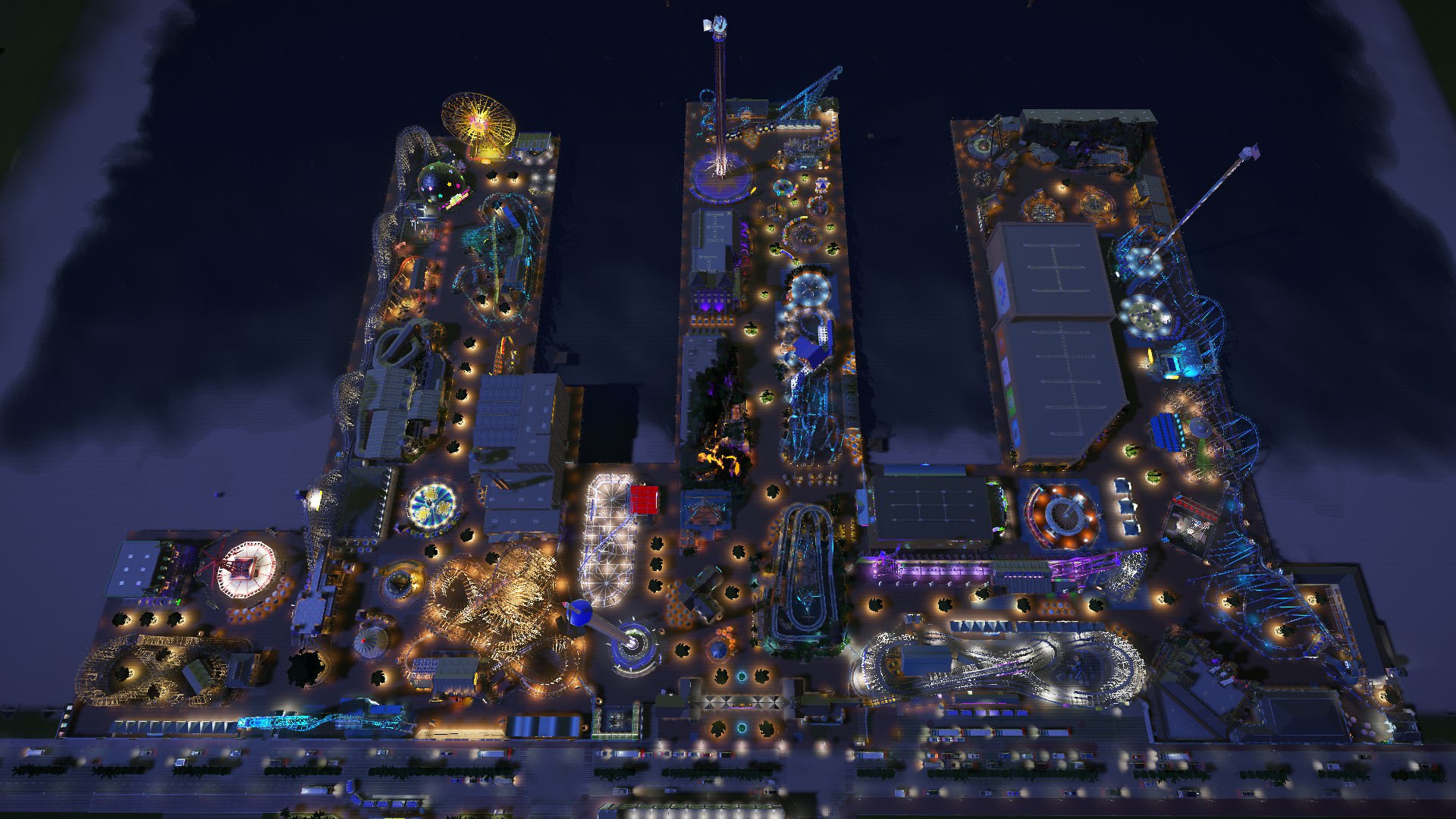 That is just drop dead gorgeous!

Have you figured out your total piece count yet?

Thanks! Not lately. Last time I tried to get a count it froze up my computer. Ha ha. Spooky Shack alone is 15,000 pieces. So I'd imagine we're up pretty high... Hundreds of thousands and zillions of gabillions

What a great looking pier. Love the pictures at night. I'm doing a boardwalk section in my park. Have any suggestions or ideas?

Thanks! I suggest including lots of flat rides on the pier or boardwalk...small portable-looking coasters...and compact darkride buildings. [big grin]

Thanks for the suggestions I'm thinking about doing my boardwalk to something that Hershey Park has and Wildwood.
Last edited: Jun 25, 2018

R
I’m making different versions of Wildwood piers from different years. The one I’m working on right now is the north section of the boardwalk with Hunt’s Pier, Morey’s Pier, and Sportland Pier circa 1989, as well as 1983, 1996 and 1998. 1996-98 Hunt’s Pier was Dinosaur Beach with the remaining old rides redone with a dinosaur theme and new rides as well. From 1989-1990 Hunt’s Pier had a looping Vekoma coaster called Kamikaze at the very back of the pier behind the Log Flume. A pirate ship walk through fun house was sacrificed for the Kamikaze and a bunch of other older rides were removed Feb 1989 like the Flyer wood coaster which was built in 1957 when the pier was rebuilt. The older pier burned Dec 1943.
Last edited: Jun 25, 2018

Love the Wildwood boardwalk. Post some pictures of your progress.

I love the Vintage Pack and I've been busy adding stuff.

The AERO FLYER POV is here! 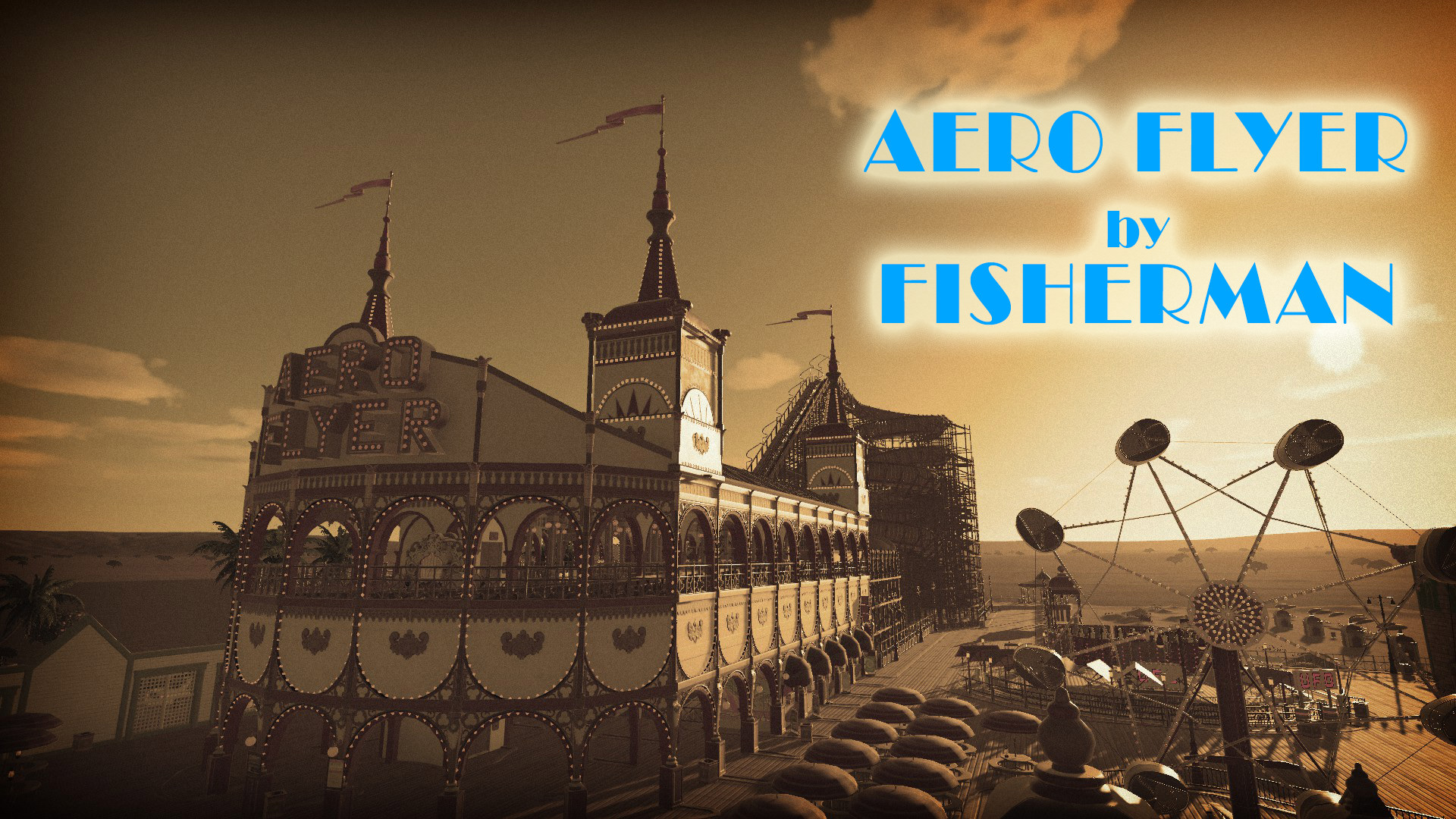 Oh...and I found some old photographs of the ride! 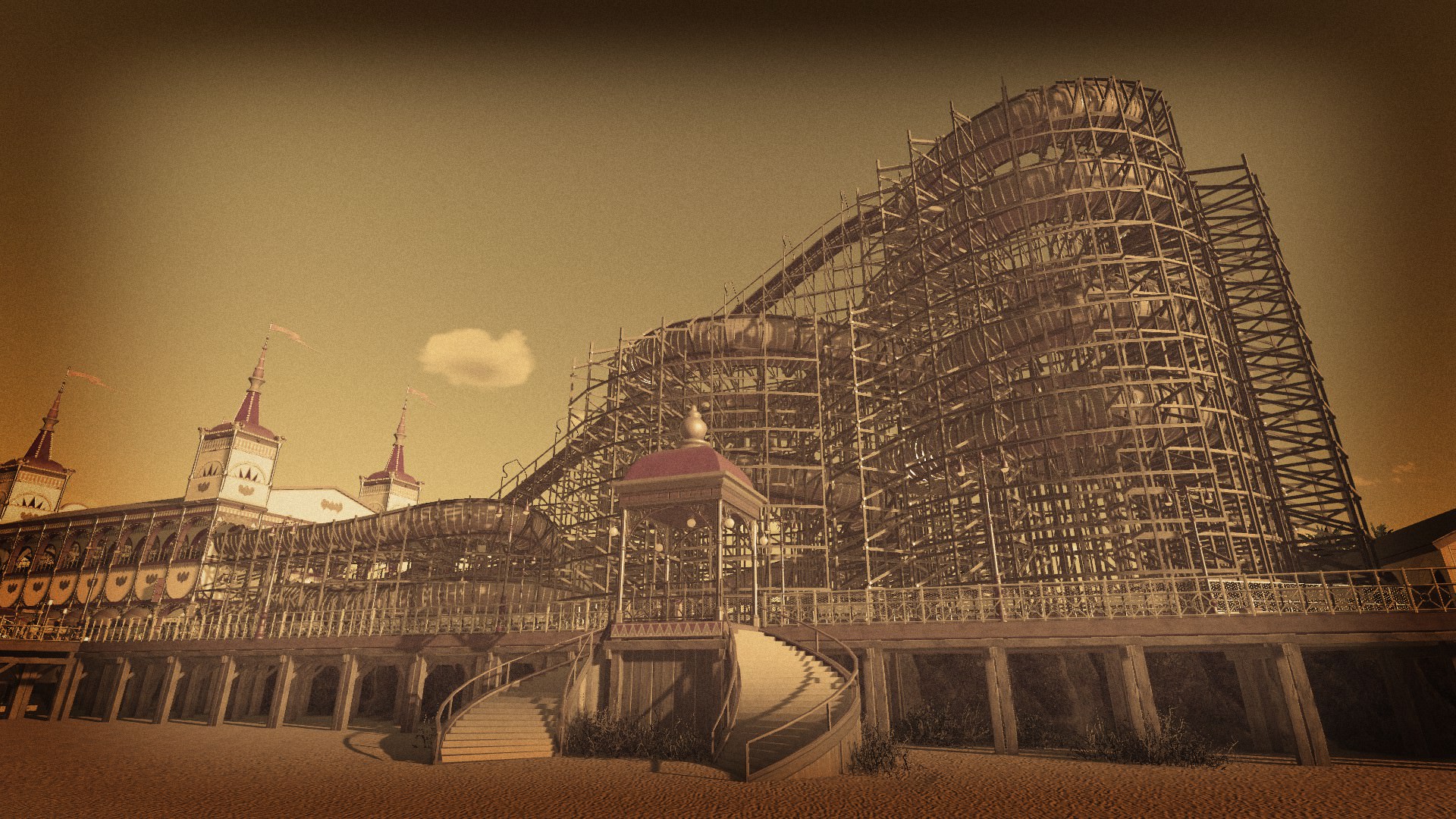 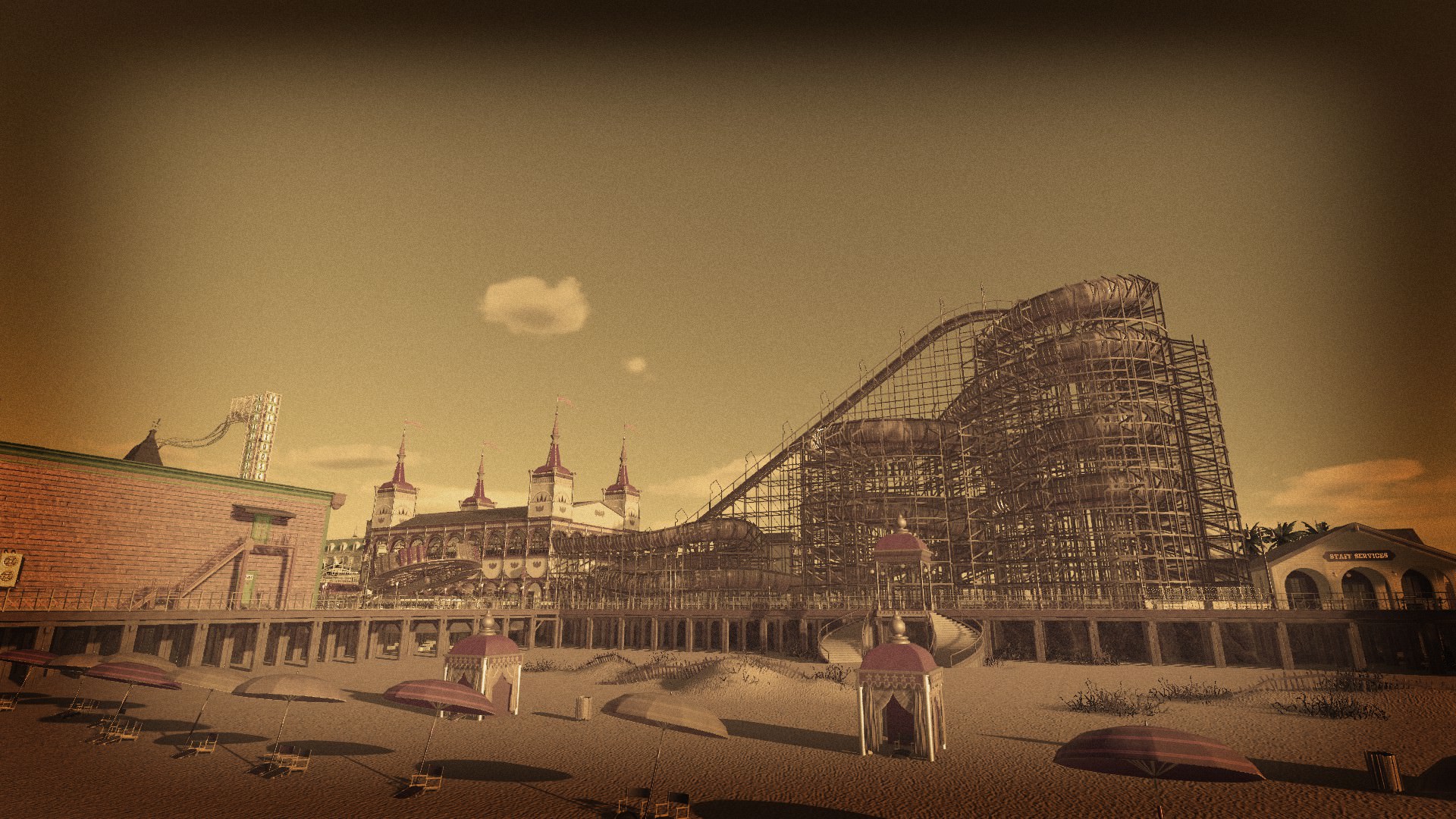 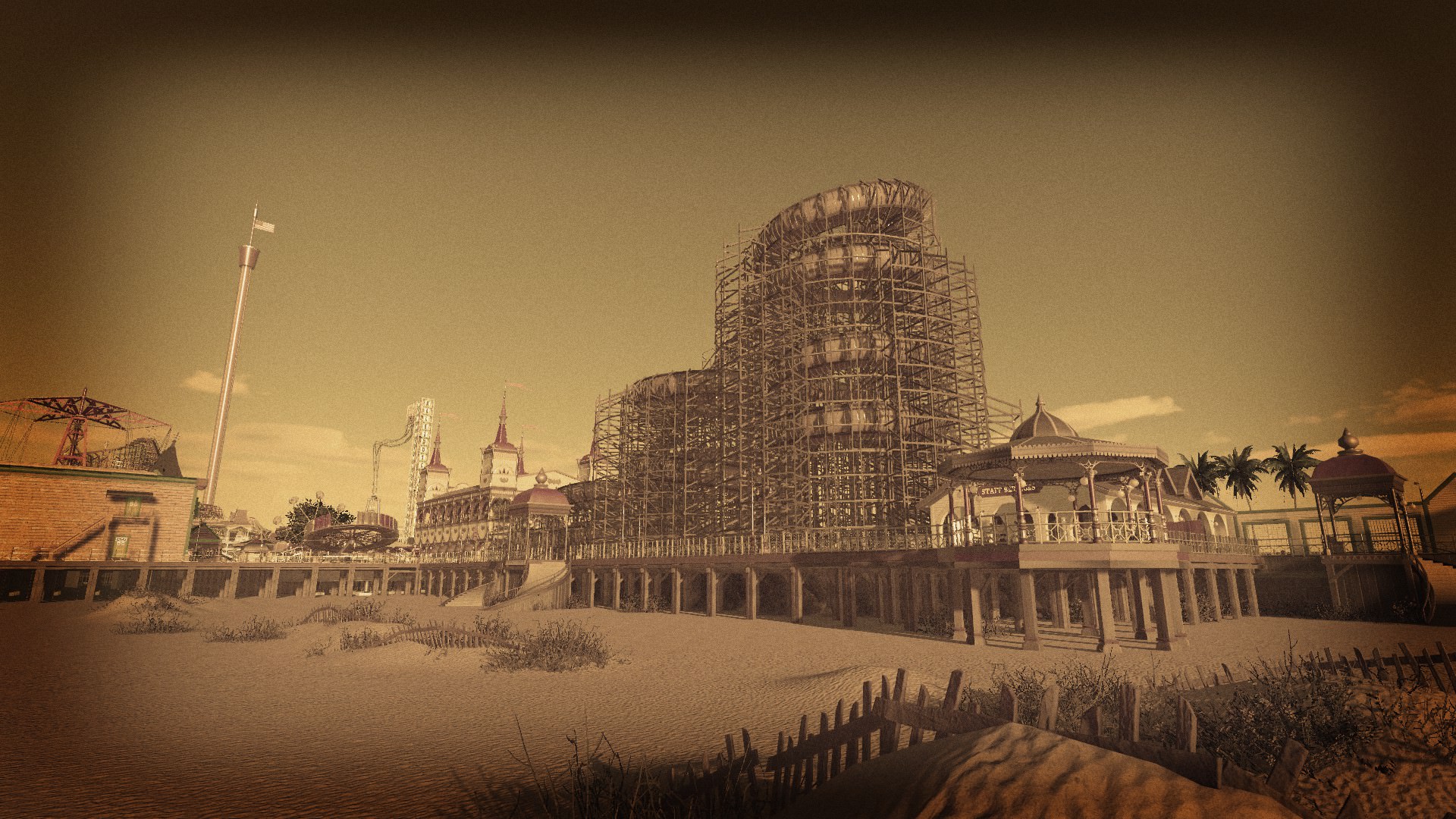 Oh and shot taken from one of those new-fangdangled aero-planes! 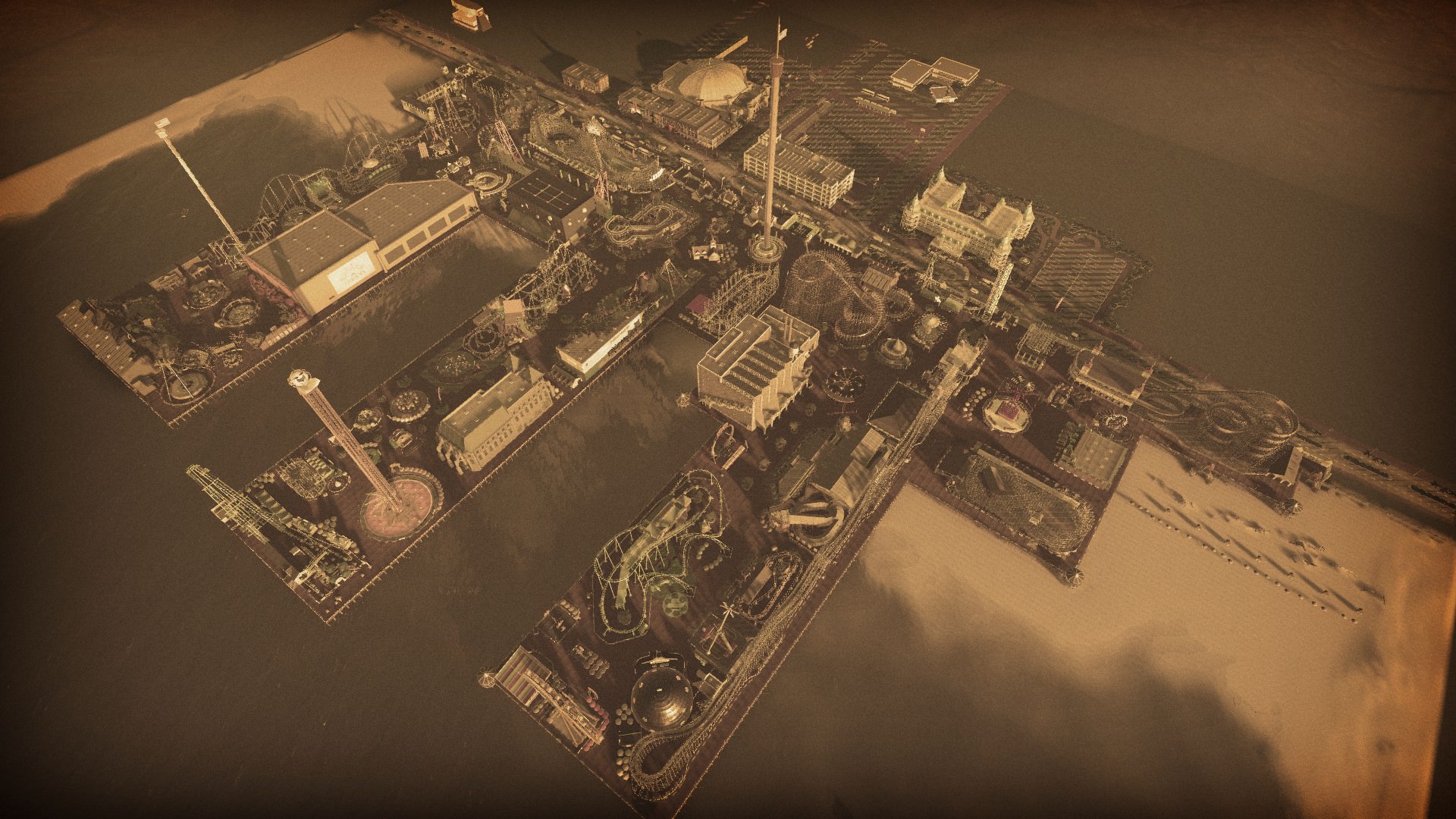 and some shots from the boardwalk near the coaster. 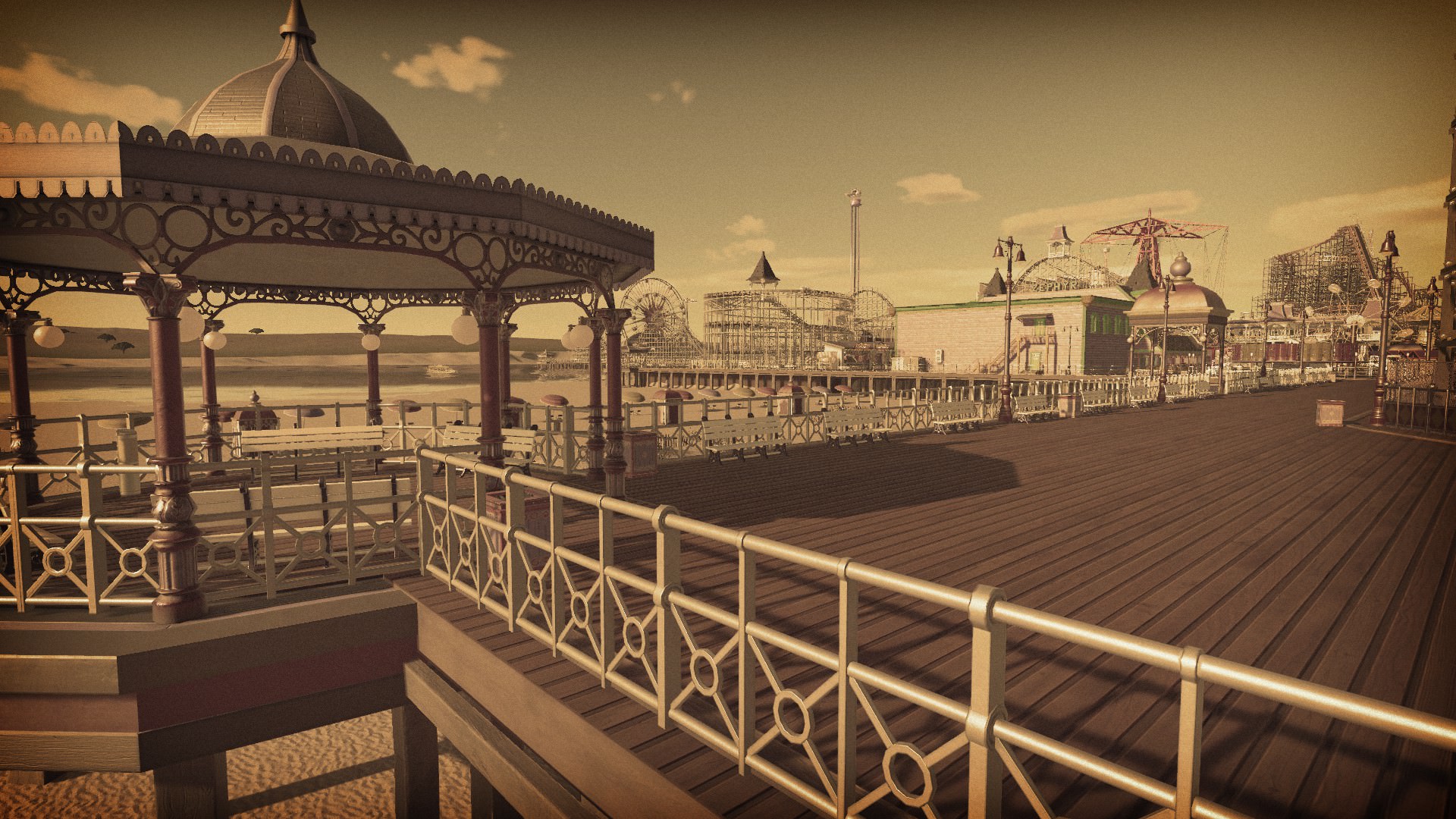 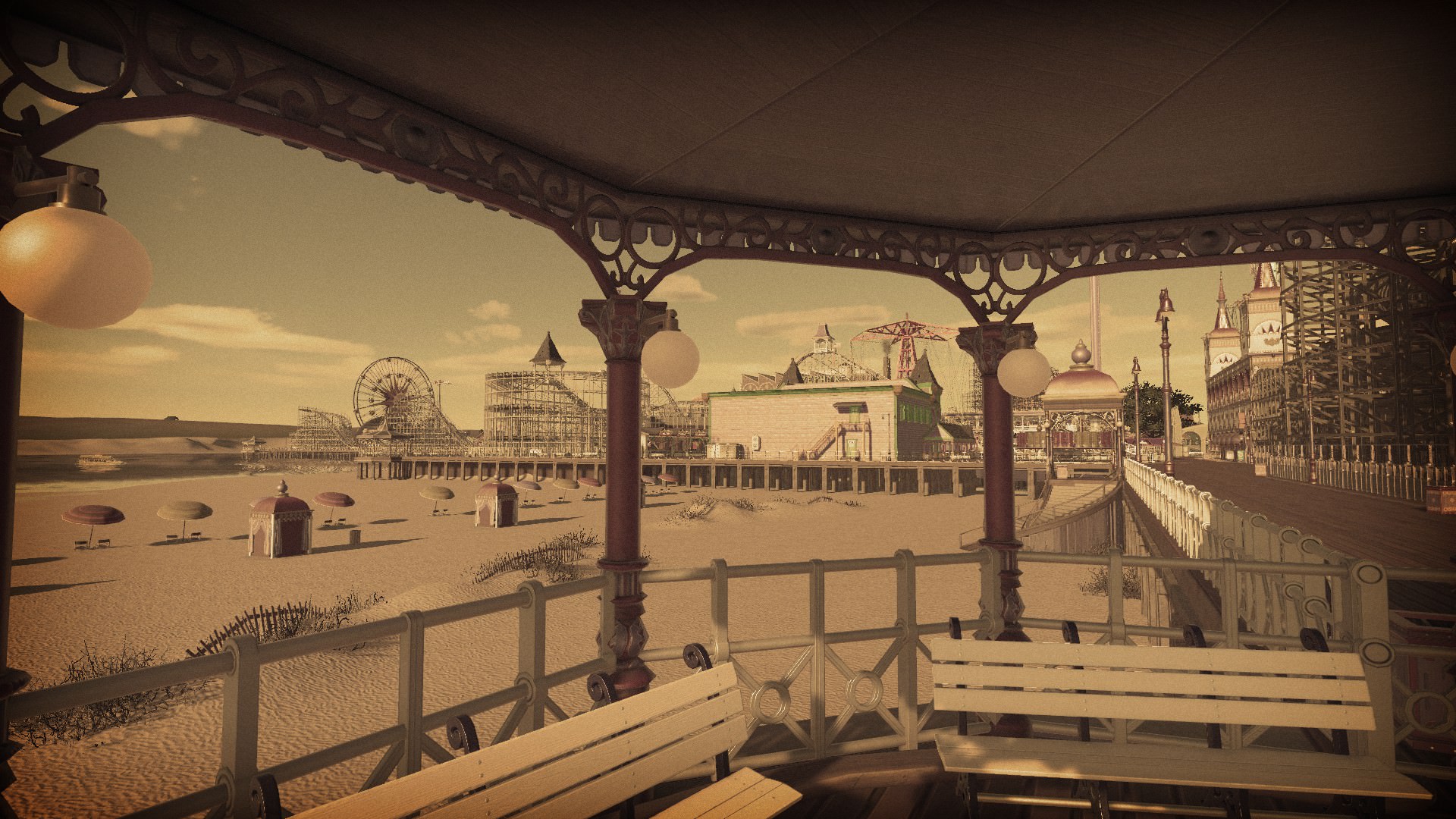 You know how much I love this park. This new coaster is so beautiful. Every addition to this park is perfection.

Oh thank you so much, Nemmie!