Greetings CMDRs!
In the recent beta notes FDev have indicated that they will be addressing elements of the Stellar Forge that have resulted in a range of galactic anomalies like planets that collide or very brightly coloured gas giants.

There are some very well known and popular examples:

I’d like to ask you all to please support me in asking FDev to leave them in the game. I recognise that they are anomalous and for some are immersion breakers, but for many they are a sight to see, a thing that takes players away from what they do most of the time to visit them. In some cases - Autumn Odyssey for example - player driven events are organised around their existence. I think they are an asset to the game and the community who have, in many cases worked quite hard to find the one’s we know about.

Care to post up pictures before it's too late and their uniqueness is forgotten?

You'll have to pry Mitterand Hollow from my cold, dead hands!

I think losing these well known anomalies would be a real shame and a great loss.


Havvk said:
Care to post up pictures before it's too late and their uniqueness is forgotten?
Click to expand...

Some anomalies have already been fixed, never to be seen again, such as Kyloall Oddity https://youtu.be/OZVbeWGrtwk?t=72
Some are not on the chopping block yet, but it's just a matter of time https://youtu.be/JG56Sp_lK38?t=905

I struggle to understand WHY they would want to fix these things. The procedural nature of this Galaxy means that even the creators don't know what's out there.
We're essentially exploring a mathematical data set so large that most of it will never been seen by anyone. So when we discover something truly interesting or even FUN, that should be preserved, not wiped out because it wasn't intended. If the entire Galaxy consists only of what was intended, then it becomes homogeneous and there is no mystery to discover. 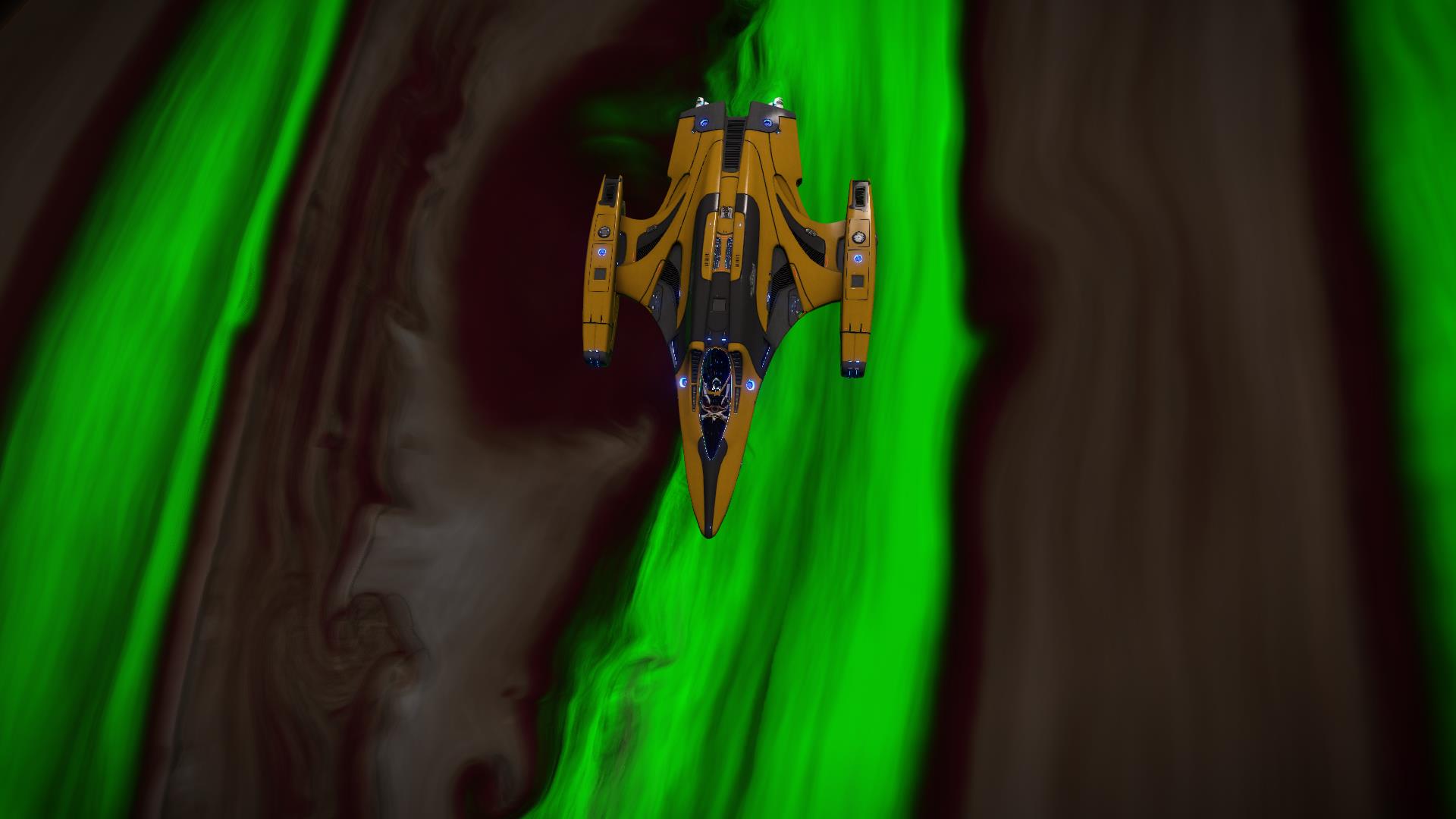 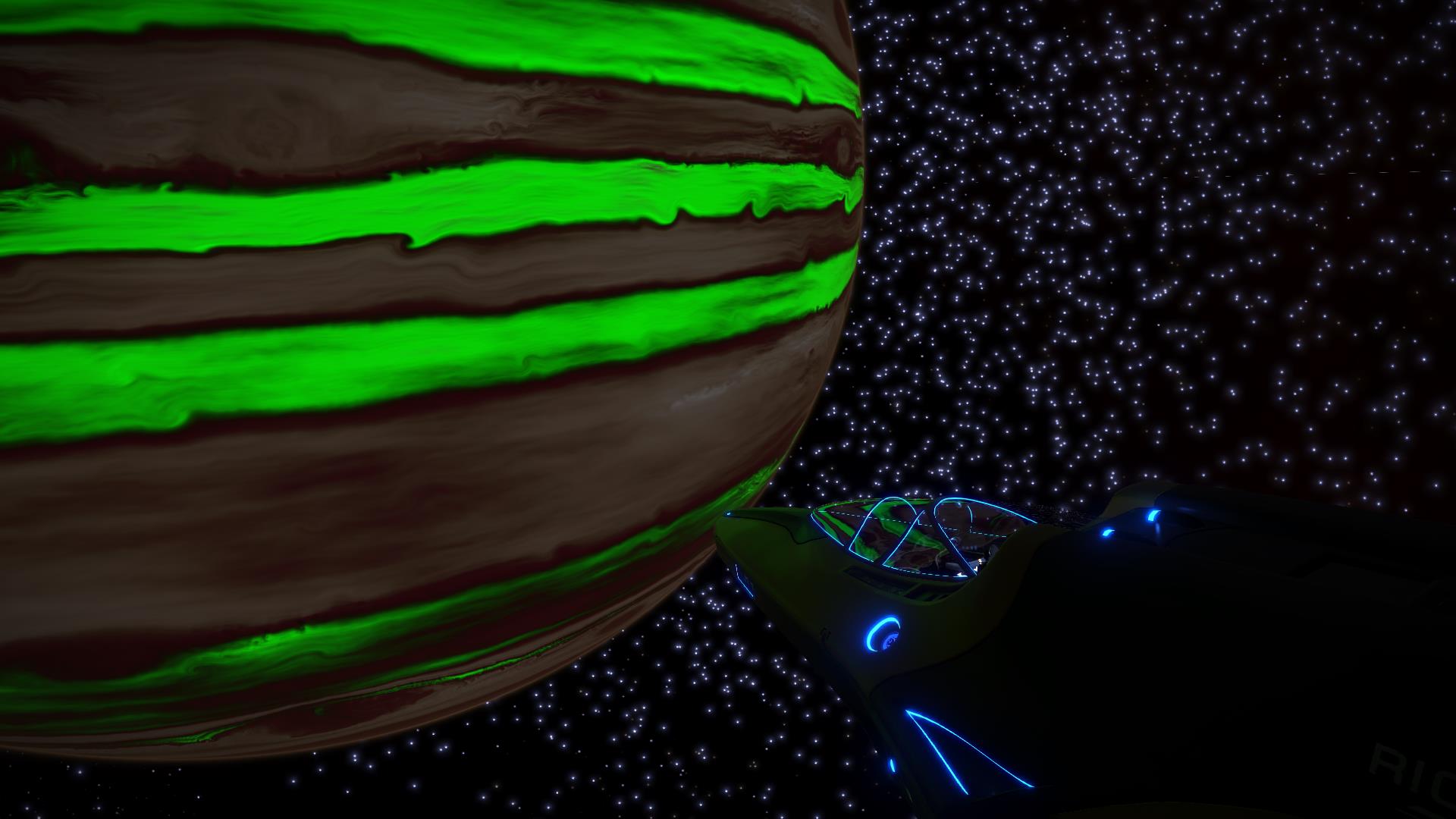 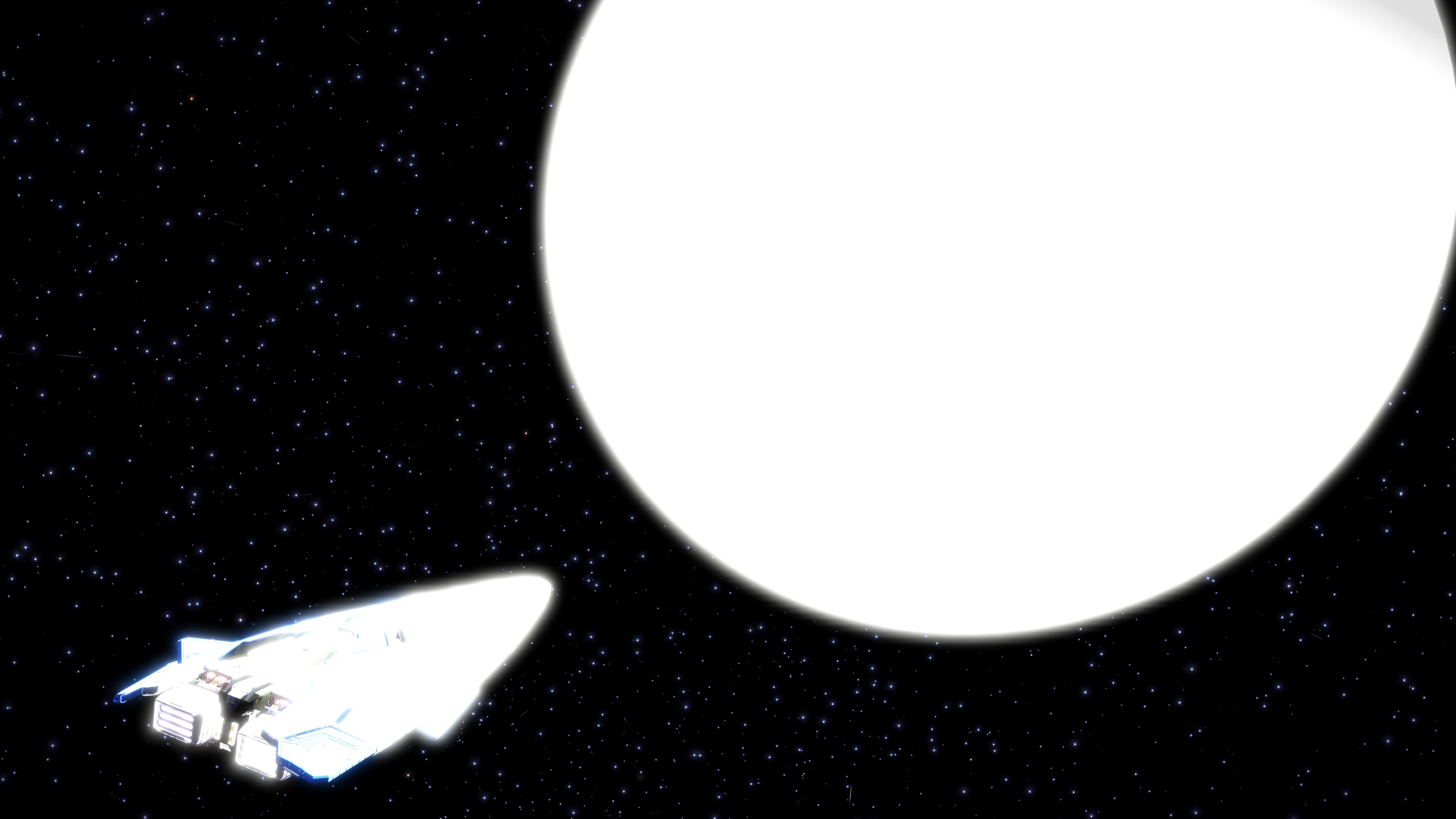 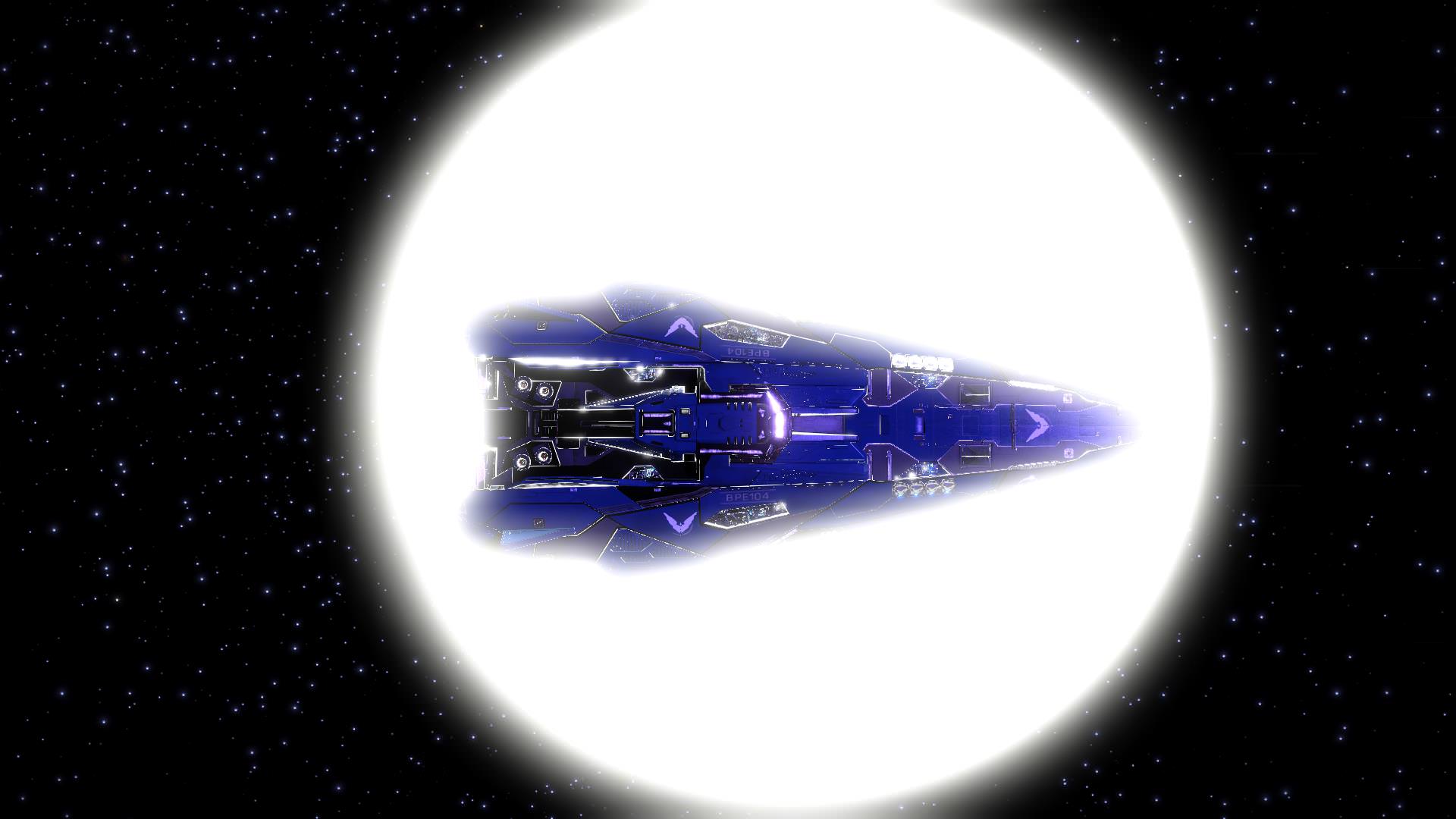 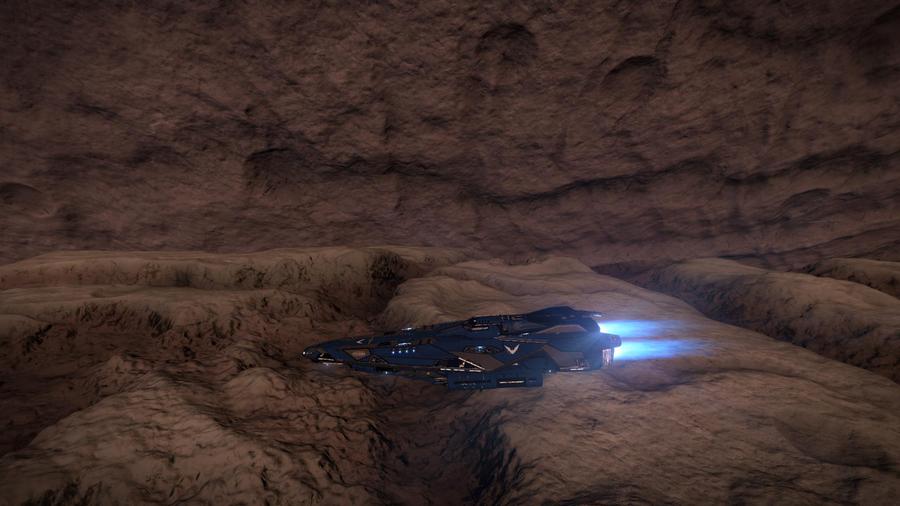 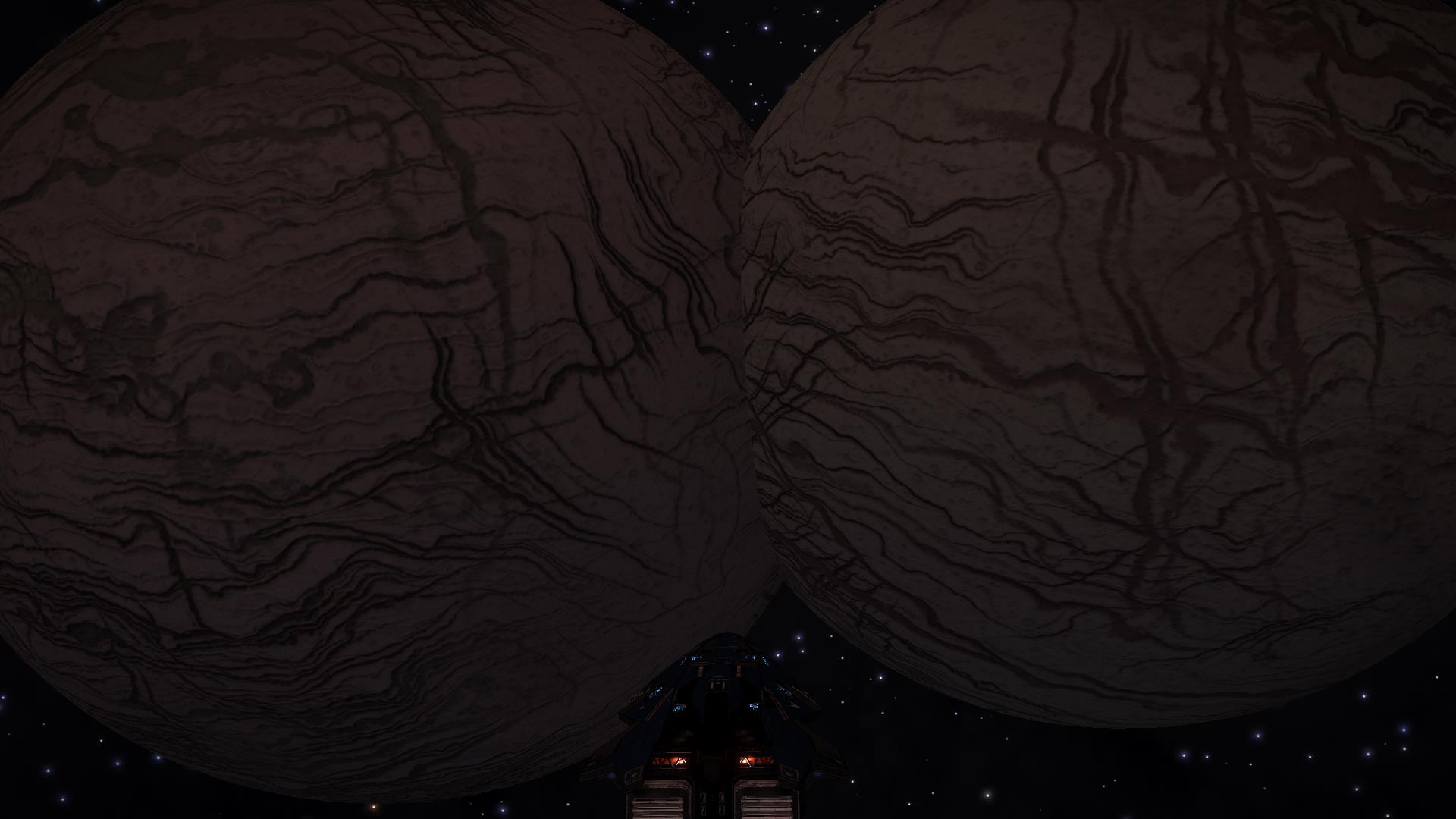 p.s. In the case of Sword of Damocles, they are applying a fix specific to that system. Since they aren't patching the stellar forge, that means there are plenty more systems like this out there to be found. There could be hundreds or thousands undiscovered. So why fix this one? How does fixing one system out of hundreds solve anything?
Is it only about the support cases for a few players losing their ship every 4 months?
It seems arbitrary and it makes me angry.
Last edited: Nov 18, 2018

Uninteded glitches like these need to stay, they arent hurting anyone (unless you get smashed between two moons) and are basically tourist attractions, in fact fDev should put tourist beacons at these places!

While they certainly look cool, it doesn't feel right to me that colliding planets are in the game.
I am on board with the other two points though!

Uninteded glitches like these need to stay, they arent hurting anyone (unless you get smashed between two moons) and are basically tourist attractions, in fact fDev should put tourist beacons at these places!
Click to expand...

FDev have put a Tourist Beacon at one of the Glowing Green Giants, calling it "Radioactive Green" - which would be kind of a silly thing to keep in place, if they take it's radioactive-green-ness away. So, logically, FDev have "canonized" the existence of GGGs by making a direct in-game reference to them.

However, people thought that Glowing Magenta Giants (the "overly bright pink" Class V gas giants that were "fixed" in the Week 2 beta patch) were also "canonized" when a pic of the first one to be discovered was featured in an FDev Community Newsletter. Sadly, no.

FDev have in the past decided to keep "bugs" that they thought were cute, or interesting, or had popular support, even if they were "immersion-breaking" - Mitterand Hollow being the poster child for such bugs.

These things are the purpose of my travels.
Glowing Green Gas Giant will probably stay (they still exist in beta), one have a tourism beacon (so, it's official).
Glowing Magenta Gas Giant are dead in beta (at least, one of them, from a screenshot of a CMDR, i've not check it myself).

Its weird FDev "killed" purposly (it's a "bug" fix in the patch) the GMG. They've featured one in the background of newsletter 247.
Inconsistency !

In memoriam of GMG : 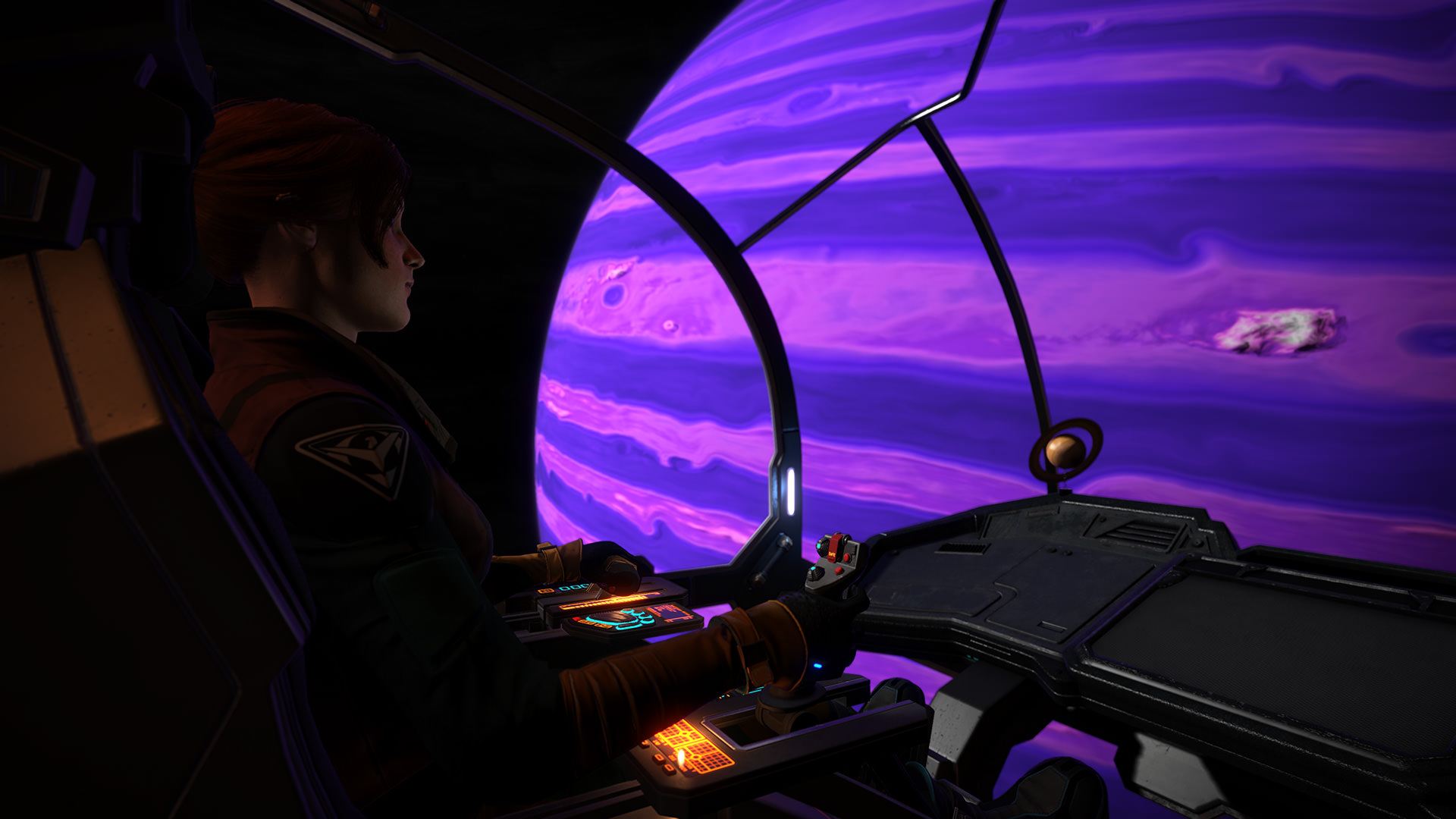 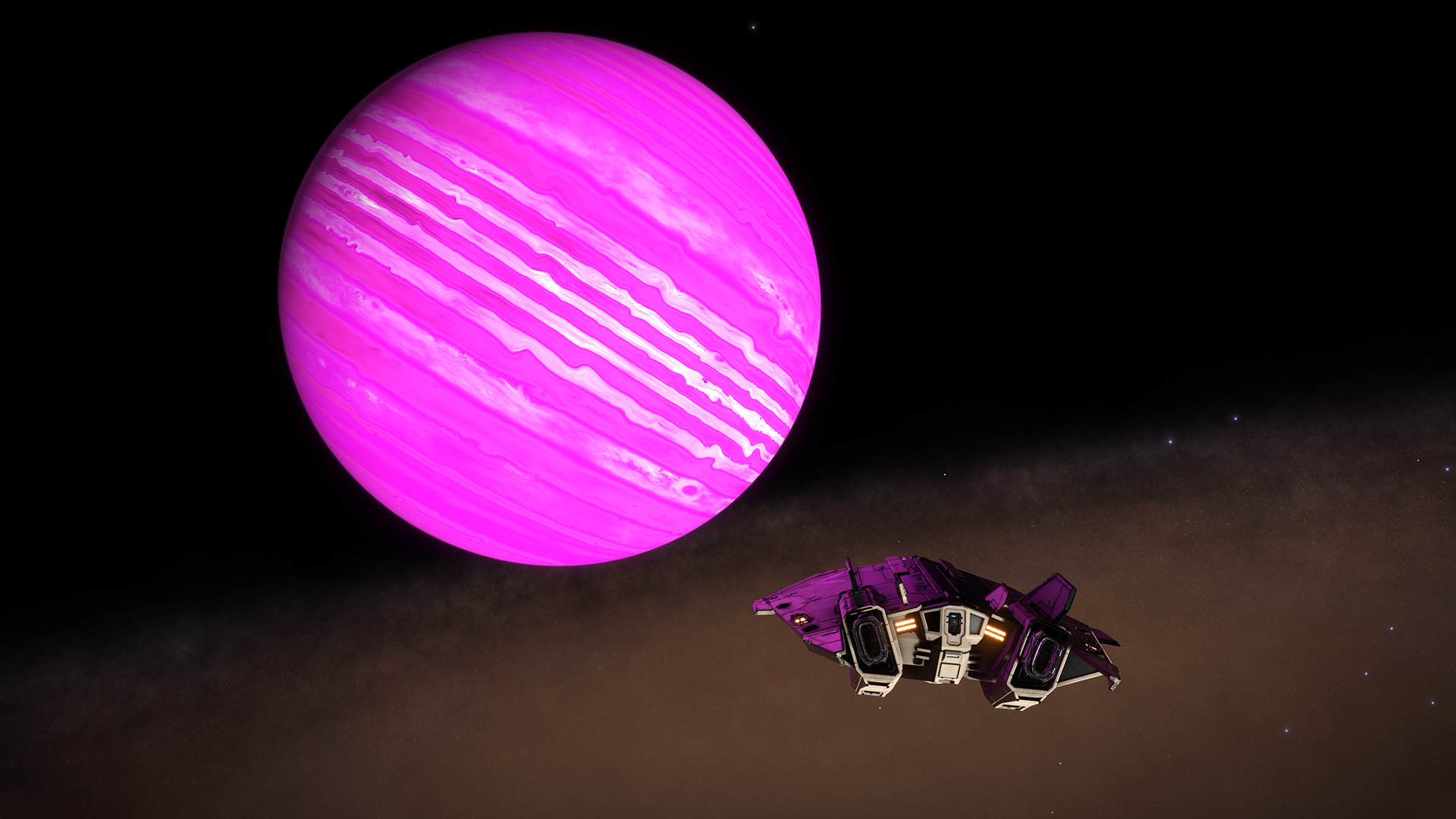 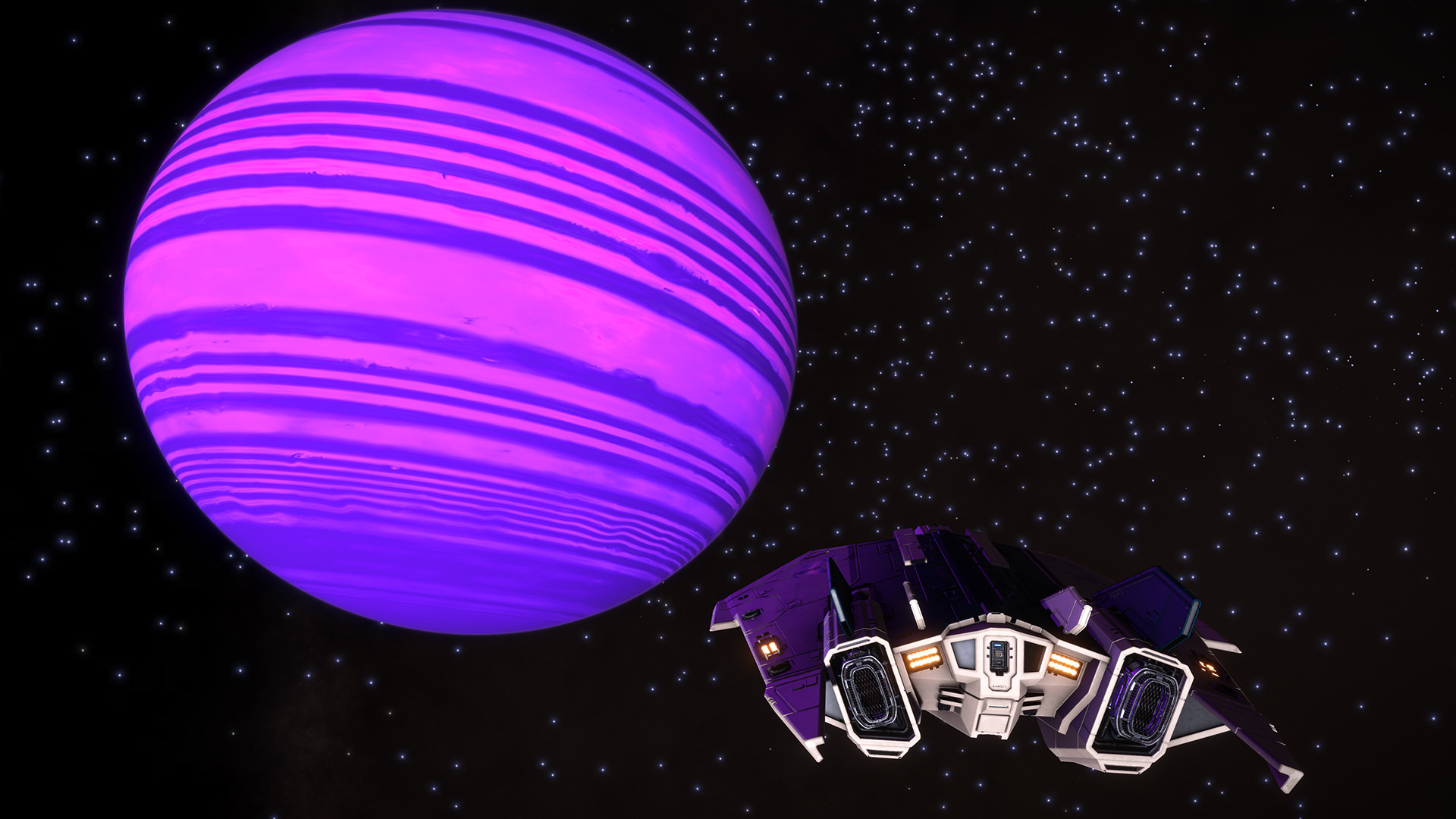 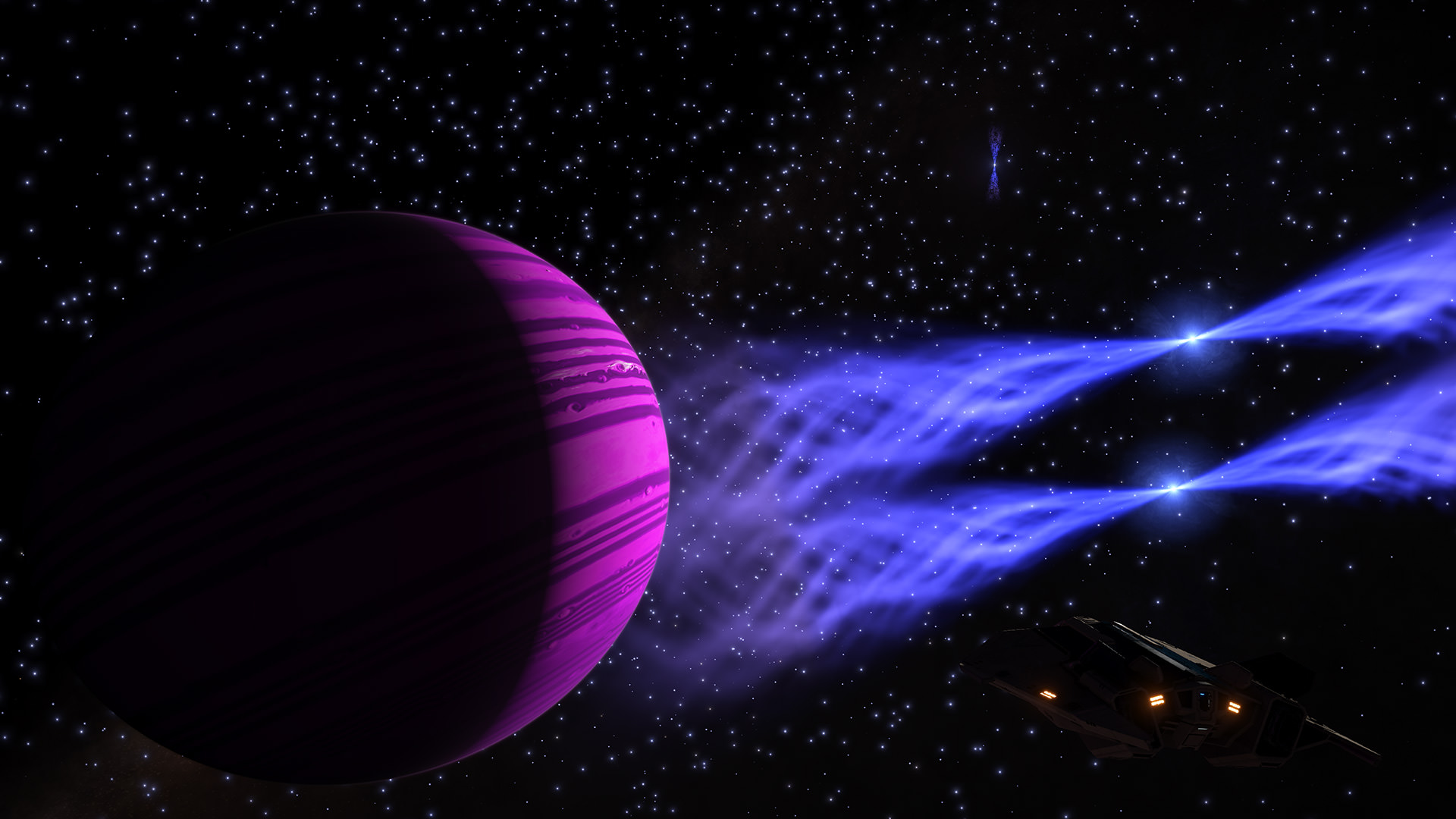 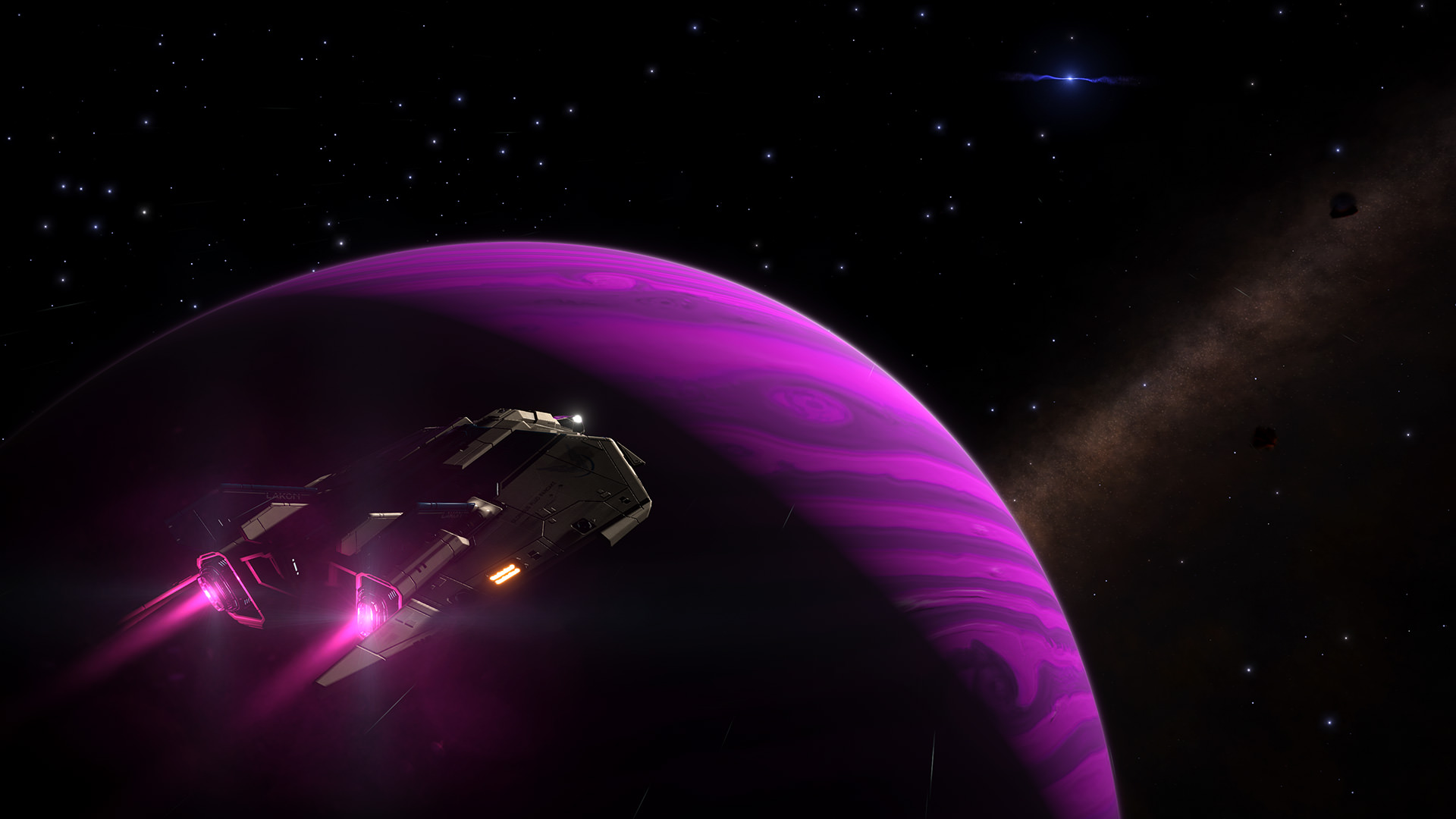 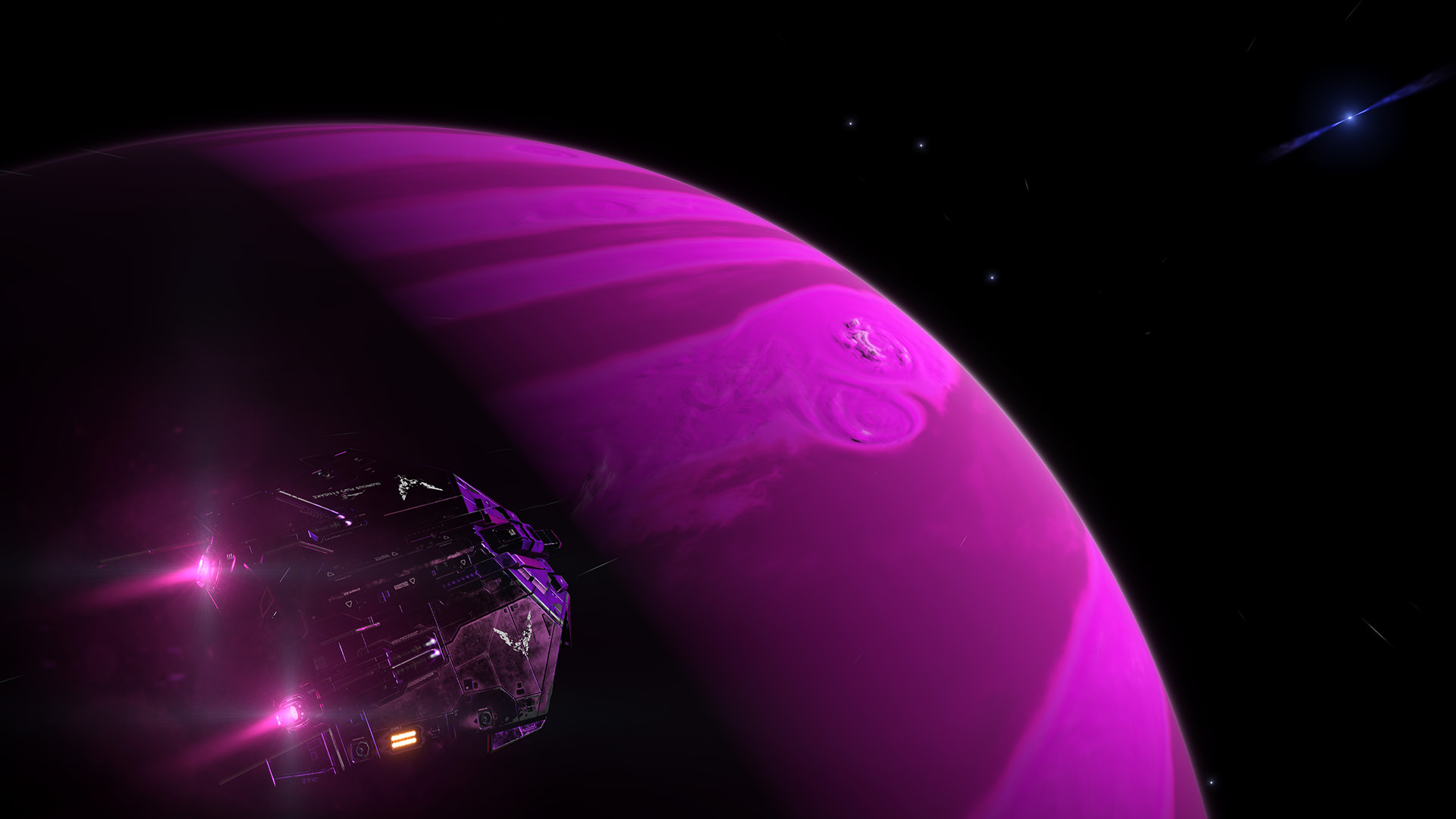 Other "strange colored" Gas Giant may be impacted (sadly, i'm currently unable to check it in beta) 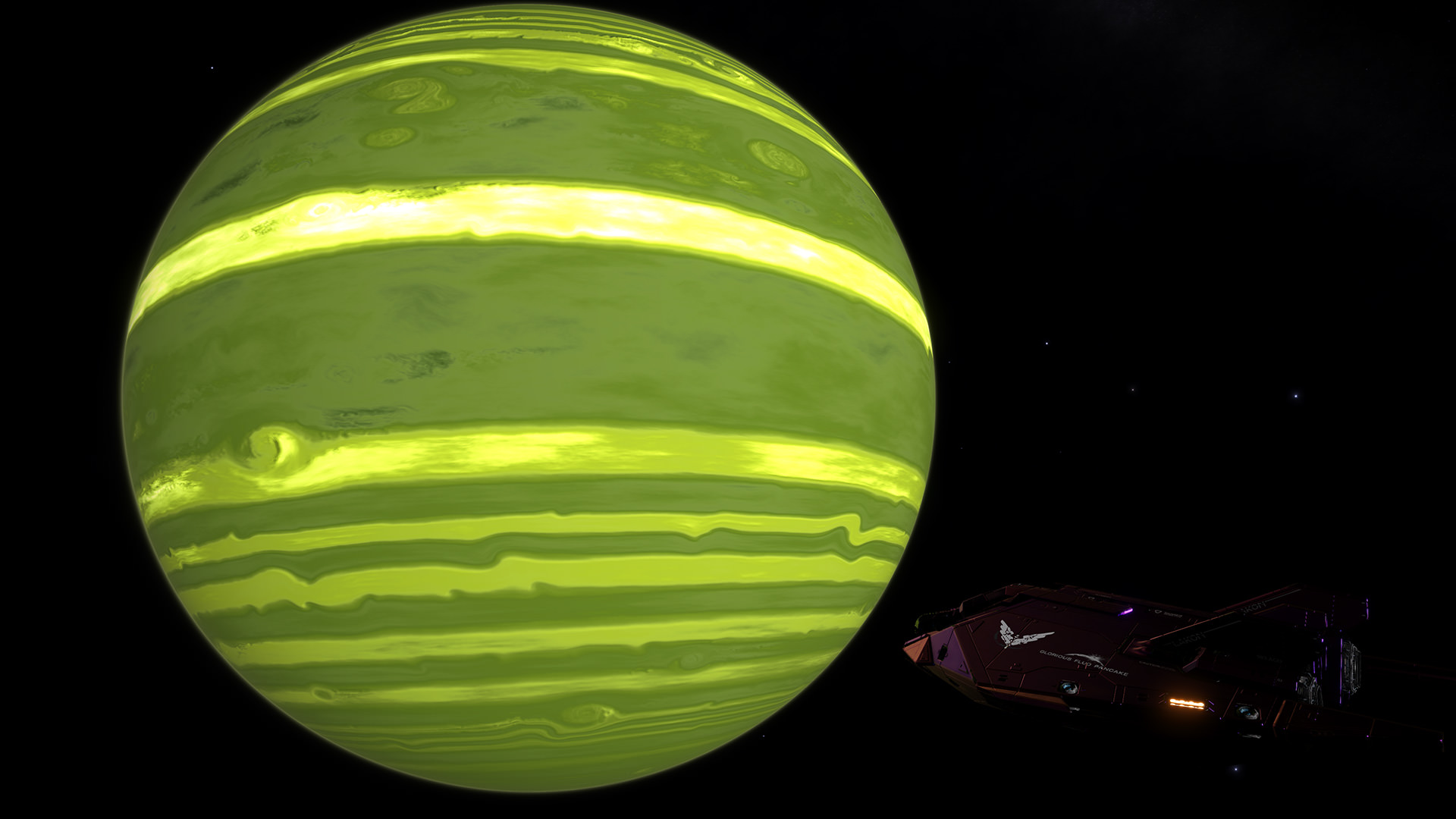 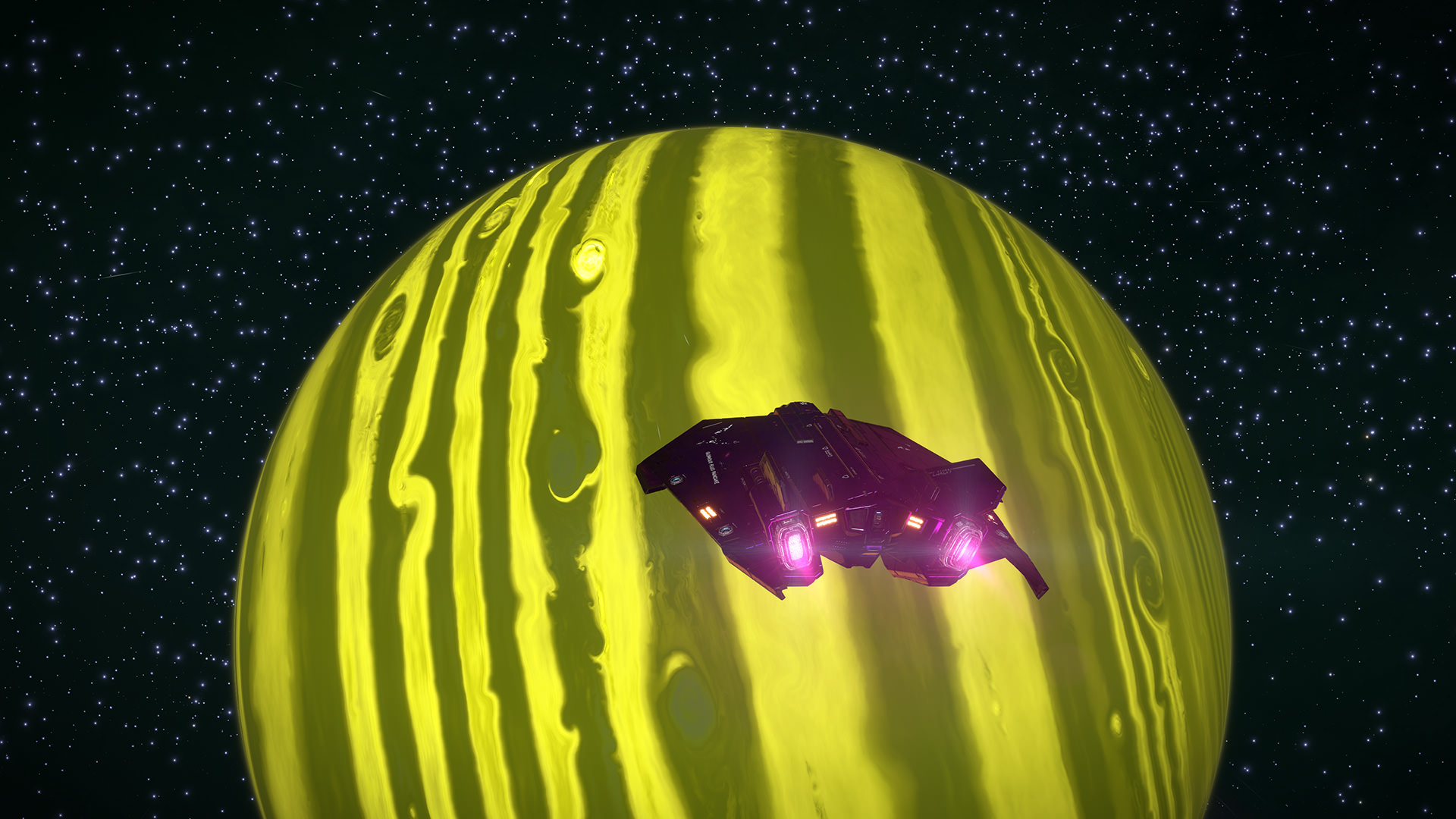 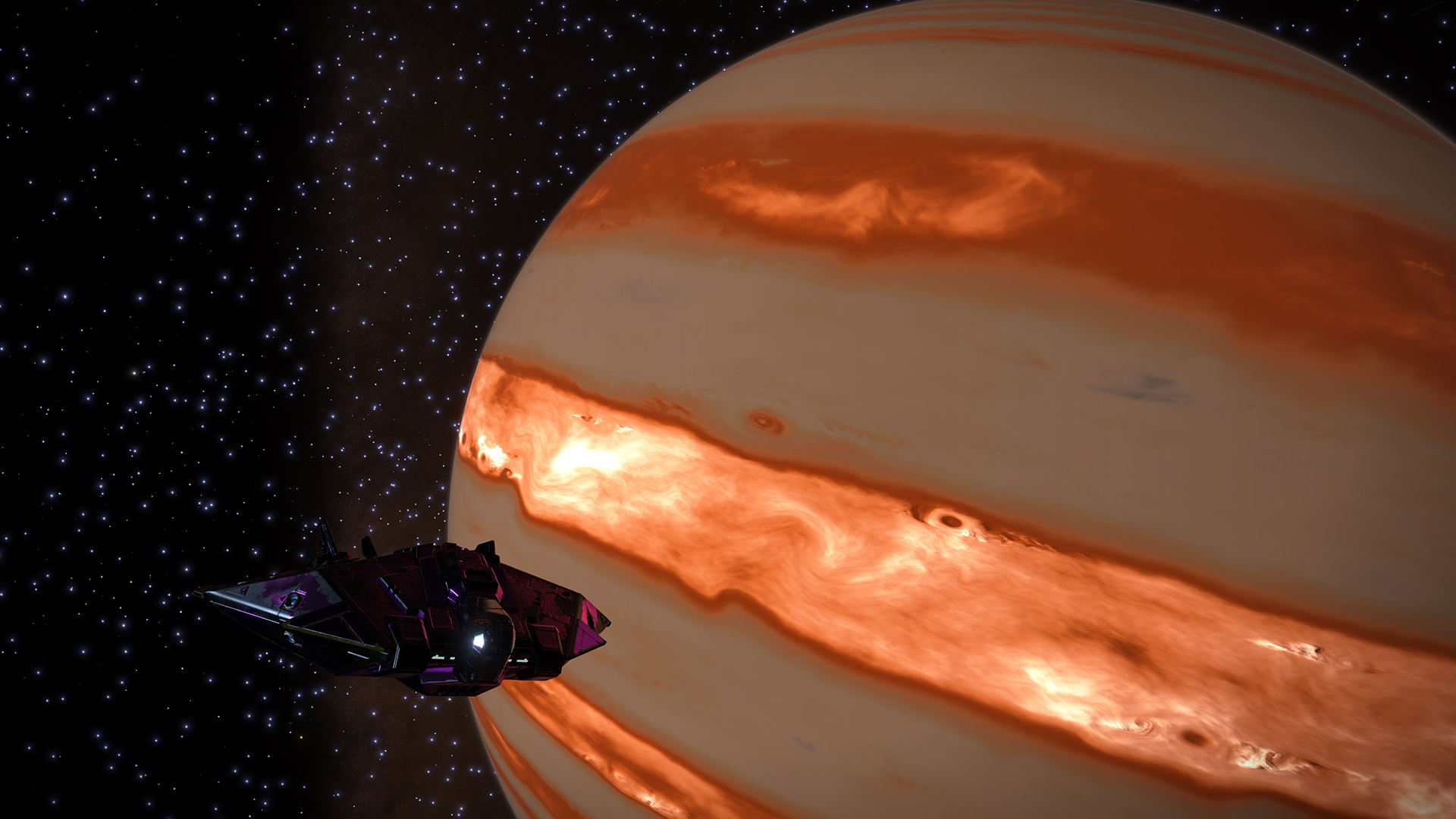 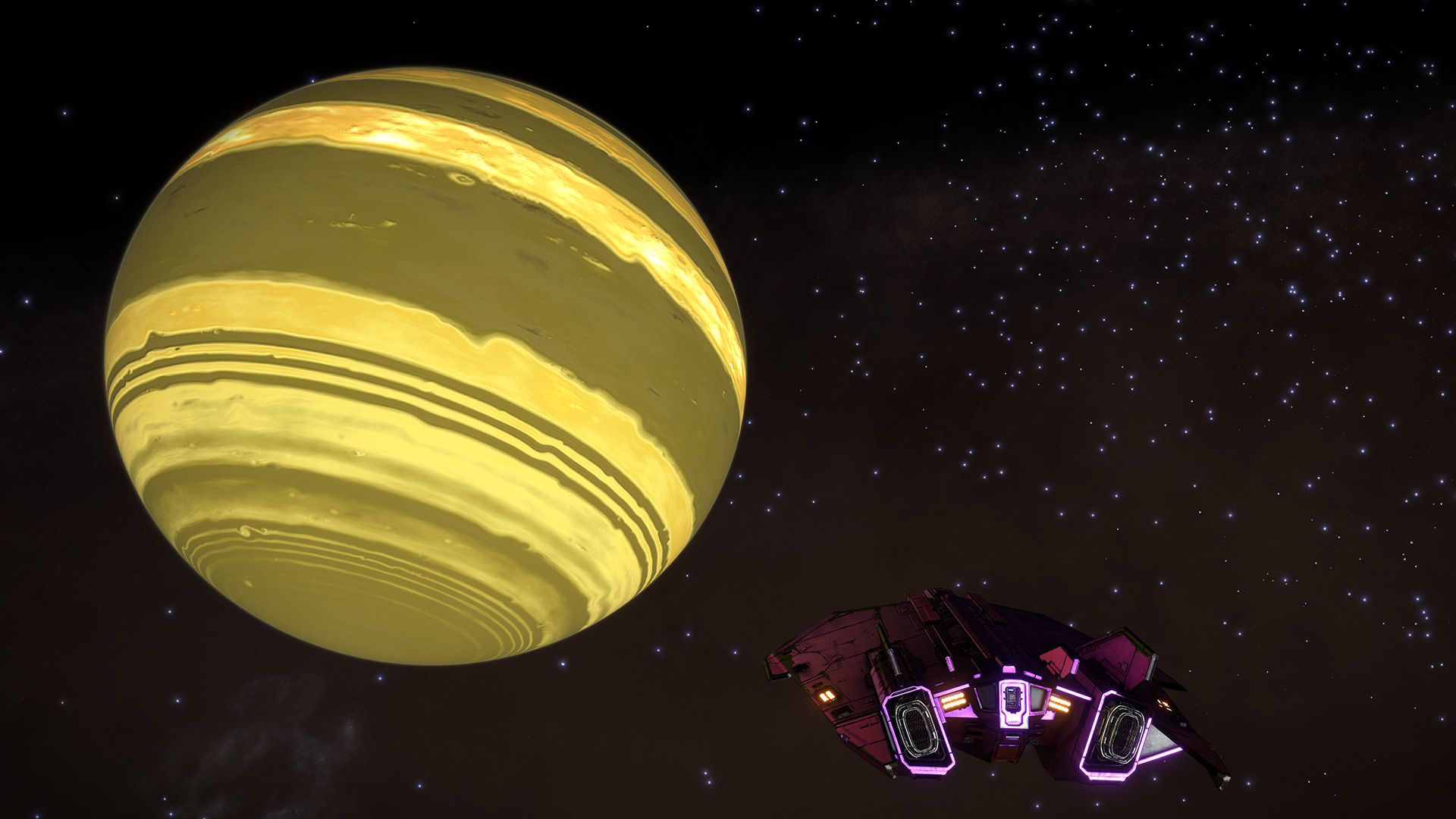