M
Me too. Already collecting fresh ELWs for the new list too

Good to know for me too. I have been out since last July but have only found three. Was on the way back but side tracked by a system with 24 planets with bio signs and had to probe all plus make atmosphere a landing on each. Then I left made a few jumps and another system this time with a dozen bio signs. Will be probing all and making atmosphere a landing. (Edited, took me two days to remember that there isn't an atmosphere on those planets. My bad.)
Last edited: Jul 29, 2020

The new version is coming along nicely, but in the meantime, I'd like to ask a bit of help. Three ELMs are missing their parent from EDSM, and in two cases, that's because the system wasn't uploaded to EDSM yet. Could someone who might be near the following systems go there, scan and upload the ELMs and their parent gas giants?

Just uploaded the one in ZUNOU..was only 8 jumps away.

CMDR CHIGGY VONRICTOFEN said:
Just uploaded the one in ZUNOU..was only 8 jumps away.
Click to expand...

It seems there was an error uploading, there's nothing about the bodies uploaded to EDSM (not even the main star nor the total count of bodies), only the system is there. Could you try uploading them again please? 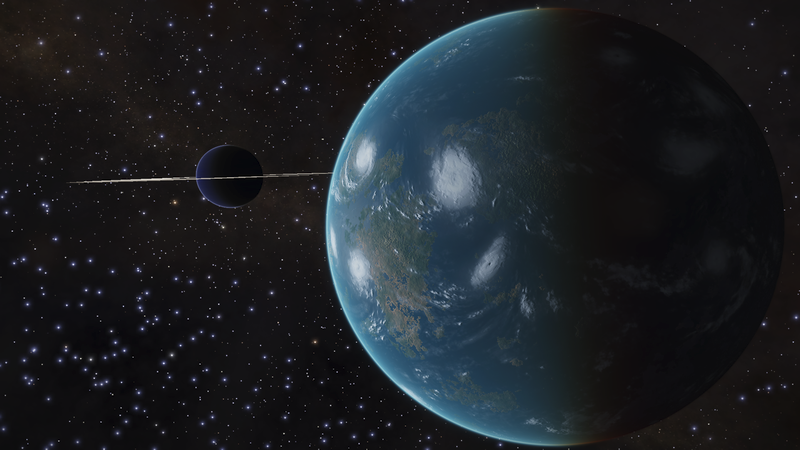 Here we go then: as promised, the new version of the list which focuses more on rarity. More specifically, rarity is now calculated against the entire EDSM sample (data dump), not just the list itself. There have been some adjustments to how it's calculated too: more on this later.
But first, how submissions have changed. First, the example form has been updated, with an extra column added, for the parent type of an ELM (only if the ELW is a moon). It's not mandatory to fill in though: so long as you've scanned and uploaded the parent too, I can fill it out for you. (And it's not like ELMs are that frequent anyway.)

Which brings me to a more important point, a change about screenshots. Since the list relies much more on EDSM now (although I'd still like to keep it functional in case EDSM goes offline), from now on if you uploaded your ELWs to EDSM/EDDN, it's fine to submit them here without screenshots. However, since we need an in-game screenshot to verify the first discoverer tag, if there's no shot, the first discoverer will be marked as unverified. Players can post a screenshot later to have themselves be verified as the discoverer, of course - it doesn't have to be at the time of first submitting the entry.
And just to make sure it's clear: if there's no screenshot and the ELW is not uploaded to EDSM, then the entry won't be added to the list. Also, as outlined in the first post, do please use the methods for submission I included there! If somebody just lists their ELWs and says that I should fill out the rest, then well, I won't.

So, moving on to rarity scores...

The old rarity score (the one from only the ELW list) is no longer included, because Google Sheets couldn't have handled that many calculations. For reference though, the counts and ratios of many things are still included, as they can offer some fun comparisons on how things have changed.

The EDSM data dump used is from 2019/07/19, and I won't be automatically updating it regularly: it takes quite a long while to do all the counts and calculations, and so far, the actual ratios seem to change quite minimally. I'll run everything again in one year: perhaps by then, Odyssey will change how players explore for Earth-likes too. (Although I doubt this.)

Also, I removed a fair amount of old stuff from the list that's no longer used for much. Because of this, you can still find the previous version in the same place. (See the first post, it's the old link.)

Before I go into the details of what changed in rarity score calculations, what might interest more people first is by how much the scores have changed: not a lot.The vast majority of changes were in the -9 ; +5 score range, and only a couple hundred outside of it. Much of those were made up of entries that had some mistakes which I fixed, like ELWs marked as ELMs when they weren't, or the other way around. So the score changes there weren't due to how the score calculation was changed, but because I made some mistakes earlier. (Oops.)


With that in mind, here are the details of the changes to rarity score calculation:

1. It's the number of ELWs that are counted in the system, binaries and trinaries aren't
Going through the data dump looking for trinaries, I saw some interesting examples which would have defied simple classification. For example, should an ((ELW+ELW)+HMCP)+ELW combo be worth less than a "simple" trinary ((ELW+ELW)+ELW) would be? Or more? In the end, I decided to go with the number of Earth-likes in the system, and leave binaries and such configuratiosn out. (After all, a binary would get a score increase twice then.)
This means that ELWs in systems with two or more ELWs that weren't binaries received a significant boost, and binaries didn't fall behind much. Systems with more than one ELW are still quite rare, after all.

2. ELM rarity is now broken down in more detail by parent type
Previously, it was only "ELW is orbiting a planet / gas giant / dwarf star / star", now it's broken down to classes like HMCP, WW, Gas Giant Class II and so on. The result of this is mostly that HMCP ELMs got a slightly decrease in rarity score, while those around WWs, plus the more exotic gas giant and star types, have gotten significant increases.

3. In co-orbiting cases, only the first star the ELW is in orbit of is scored, the rest aren't
I tested this to make calculations quicker, and I was surprised how small the differences in scores turned out to be across the board. In other words, if the rarity score still calculated all of the orbit stars, it would be only slightly more different, while processing both the sheet and the data dump would take considerably longer.
Don't forget that the number of stars an ELW orbits still factors into its rarity score! But as it turns out, it's the first one that has the largest effect, which makes sense. Only a few edge cases lost out on score on this, such as some which would orbit two black holes.

4. Shepherd ELMs are now also counted
Previously, it was Trojan ELWs only, now both are included.

5. A minor point, but rarity score calculation is now done on the Data sheet, not a separate subsheet, because it's faster this way.


I think that's all then. In case I forgot to mention something new, I'll add it later. Oh, and to make sure, while I'll try to update the list monthly, I make no promises; updates might be sporadical.
Thanks for reading!

M
Nice! Will add my first batch to the spreadsheet in the next few days. That will be some ELWs from my actual sector survey...

M
I should be caught up with all of the non-FD ELWs now. From now on, I'll individually post them here as I come across them.

Currently in the middle of an exploration trip with several more ELWs discovered. I'll post those later, once I turn in the data.
Last edited: Sep 16, 2020

A small Question : due to the changes, do you still want System Map Screenshots of Moons (Moons of ELWs) with Body Details displayed?
The way I read it, that'd be redundant now due to EDSM Data being used instead but I'm not 100% sure.

Anyway, here's my backlog from my Carrier Campaign

FalconFly said:
A small Question : due to the changes, do you still want System Map Screenshots of Moons (Moons of ELWs) with Body Details displayed?
The way I read it, that'd be redundant now due to EDSM Data being used instead but I'm not 100% sure.
Click to expand...

Yeah, since screenshots are only needed to verify the first discoverer tag, there isn't really a need for moon screenshots anymore. If you add them, I'm not going to remove them, but I think you needn't bother.

Just added ten new ELW's to the new public spreadsheet. Note: SKAUDEAE UF-M D8-24 is already listed on ELW v3 but is credited to another commander.

marx said:
Yeah, since screenshots are only needed to verify the first discoverer tag, there isn't really a need for moon screenshots anymore. If you add them, I'm not going to remove them, but I think you needn't bother.
Click to expand...

Though screenshots are only half the truth.
Last night I came across three ELWs, one already tagged, two untagged. I enter all my ELWs in an Excel sheet for potential upload to this thread/list. In that sheet I make the system name in the first column a link to the system on EDSM. When closing all the related files/tools/browser windows after ending my session, by chance I scrolled down on the EDSM link of the last (untagged!) ELW, just to notice that a certain CMDR Pickard visited that system already in 2017. I checked and yes, according to EDSM he also scanned the ELW, but it's not tagged in-game, maybe because he stopped playing or died before handing the data in.
(just checked his EDSM profile, he is still active almost daily, visited >26k systems first, but seems to never dock and sell his data, as he is not even Explorer Elite)
Last edited: Sep 18, 2020