First time posting here about my first time going exploring! I owned the game since release but never came more than 150ly away from my starting point.
I mostly did bounty hunting and some trading but now I wanted to see a bit more of the galaxy!
So I stored my Python and bought me a nice Diamondback Explorer! I first thought about an Asp Explorer but I had that ship before and the Diamondback could do the
same I wanted for cheaper. 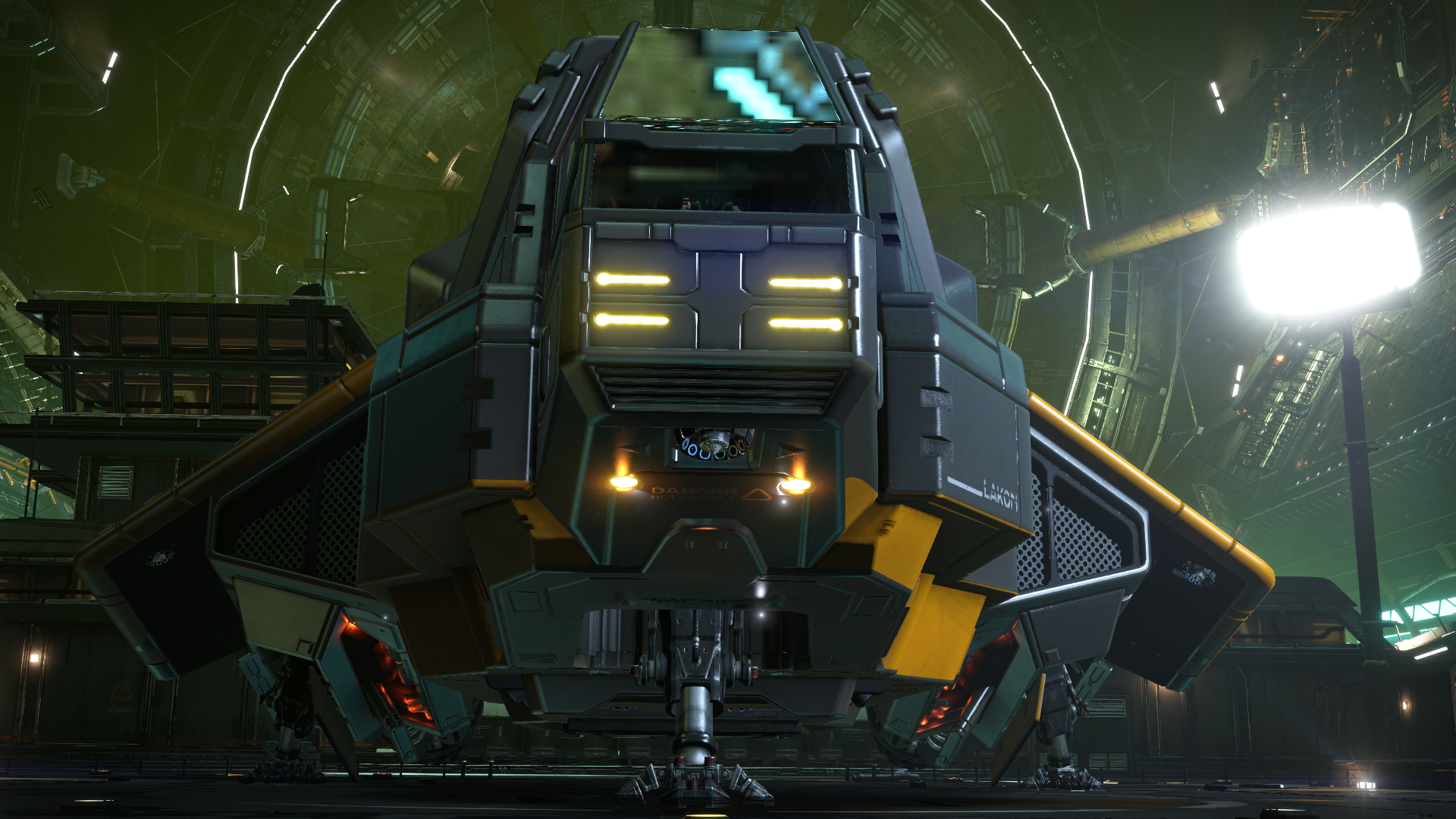 I only own the base game, so no FSD engineering or SRV for me. I built the ship for high jump range, made it to 36ly range and also put another 16 tons of fuel in it just to be sure.
slightly overkill for this ship I think. 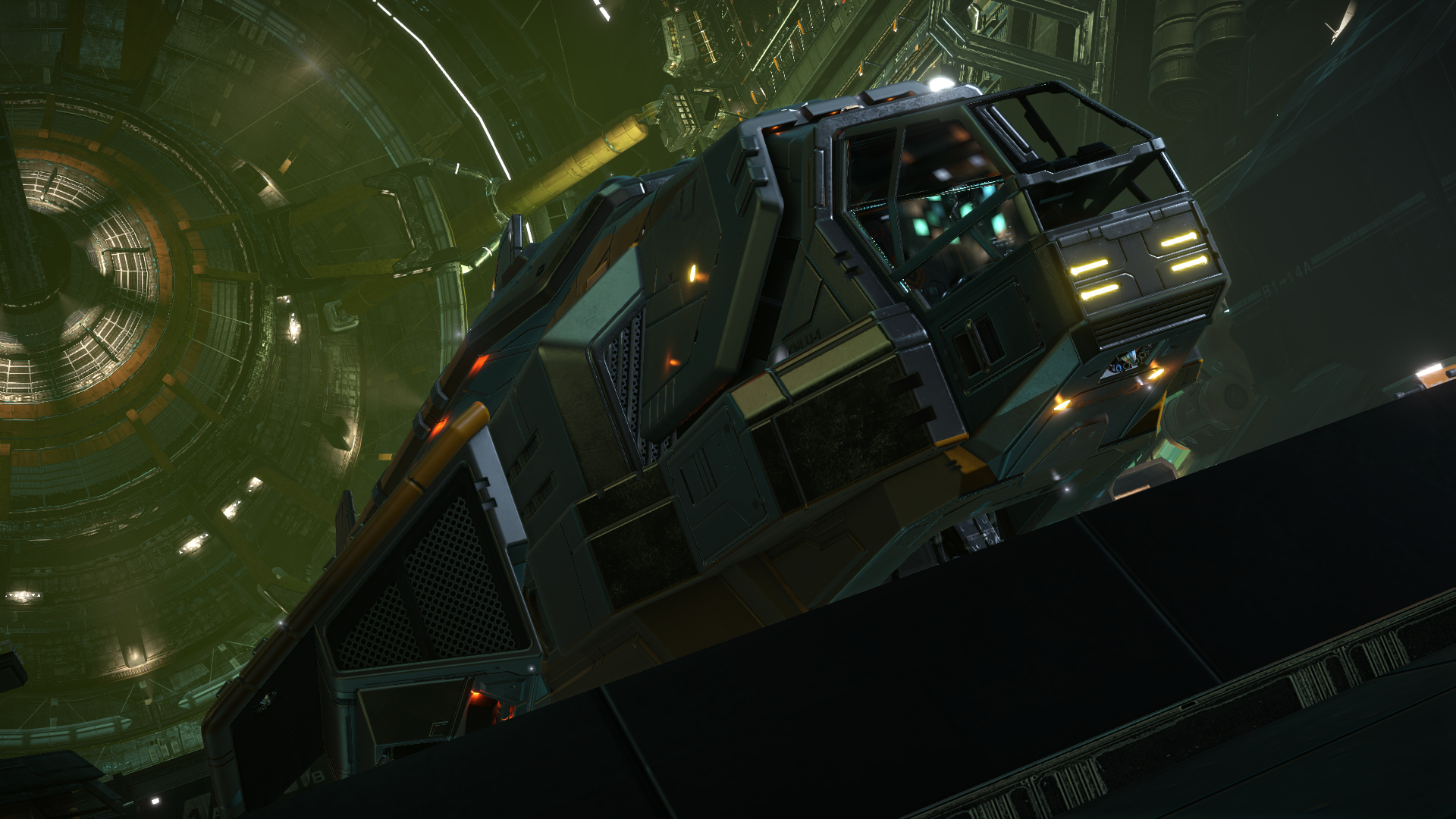 Okay so since it was my first time leaving the bubble I didn't want to overdo it and regret my decision so I thought I'd do some nebula sightseeing around barnard's loop. 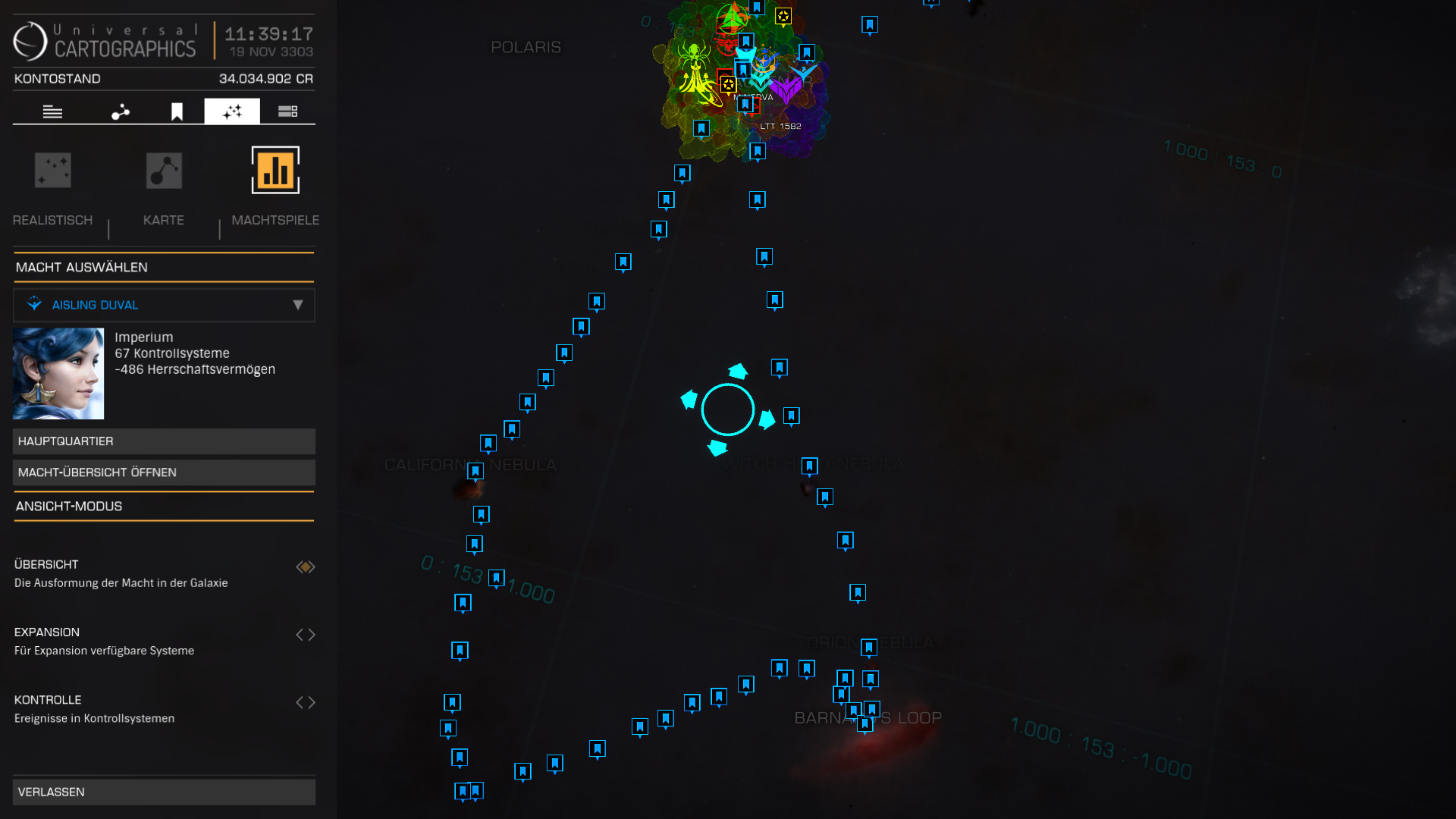 So this is the route I flew in the end.
witch head nebula -> orion nebula -> running man nebula -> flame nebula ->barnard's loop -> horsehead nebula -> messier 78 -> california nebula -> pleiades nebula
So more sightseeing than real "new" exploration so I didn't find really anything new but I got a lot to see 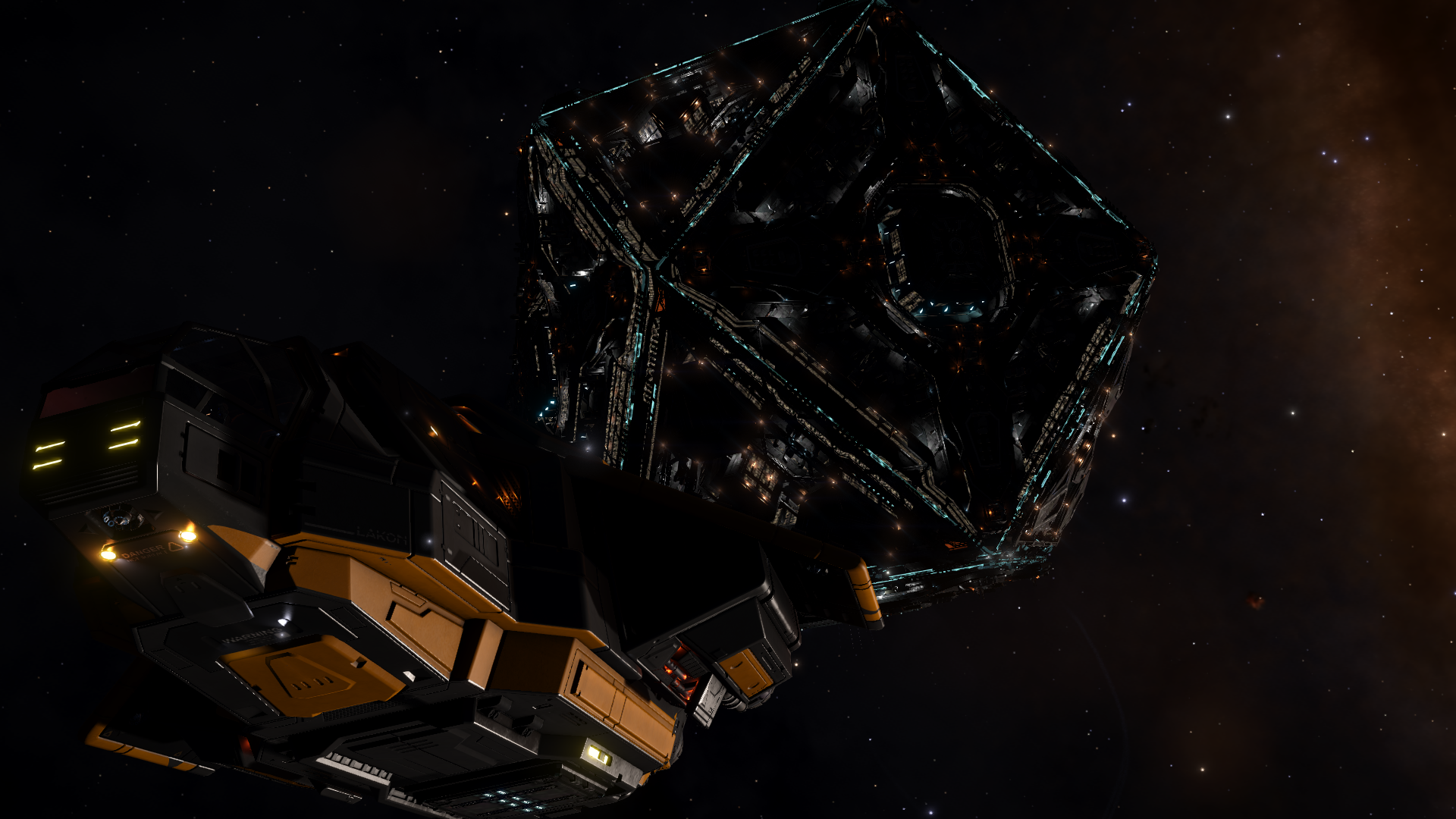 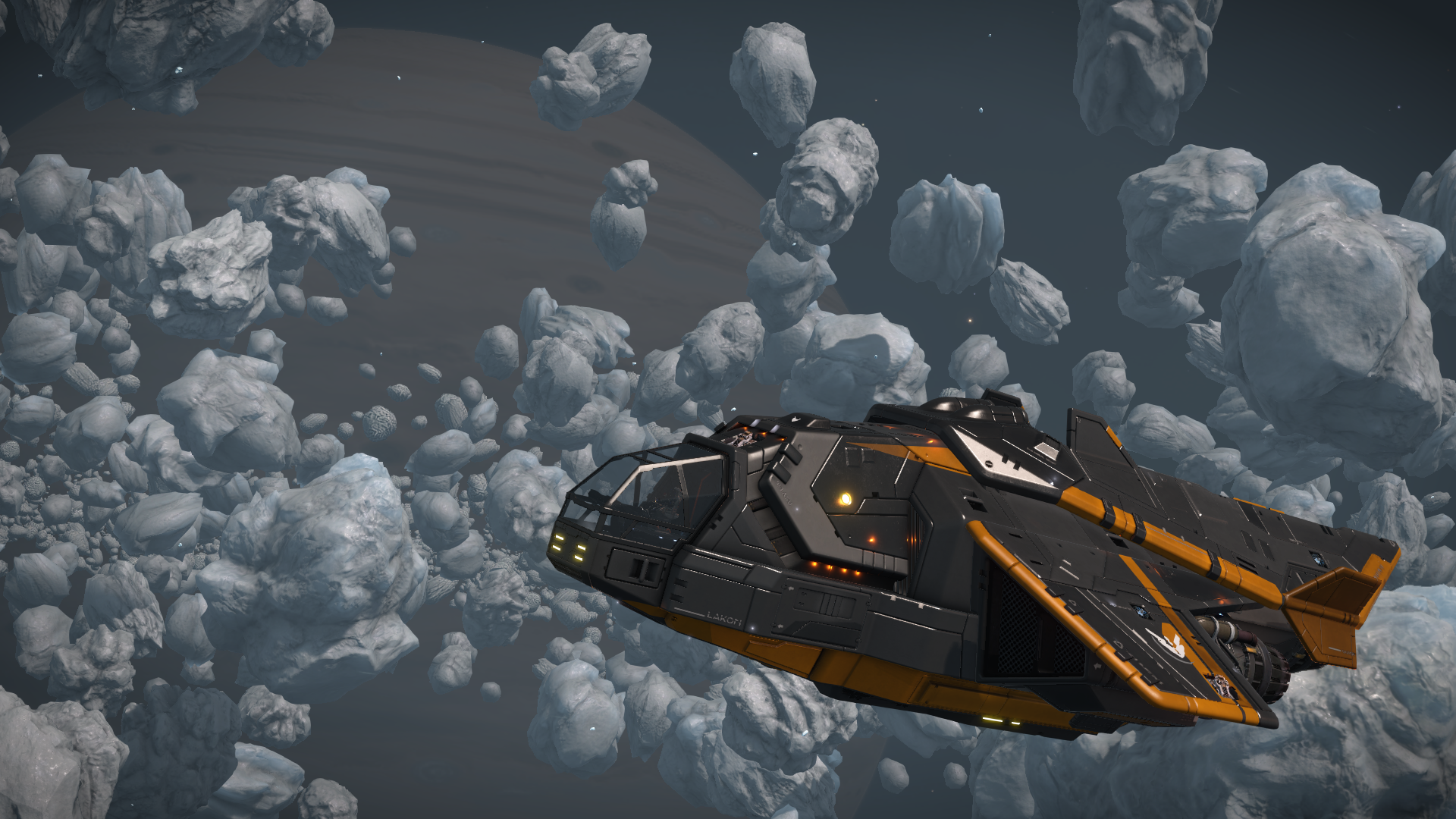 I stopped by some ice rings, really nice view. Everytime I came into a new system, I honked the horn and scanned the star. After that I looked at the system map and if there was anything interesting I would scan that too, if not I would just
jump to the next system. 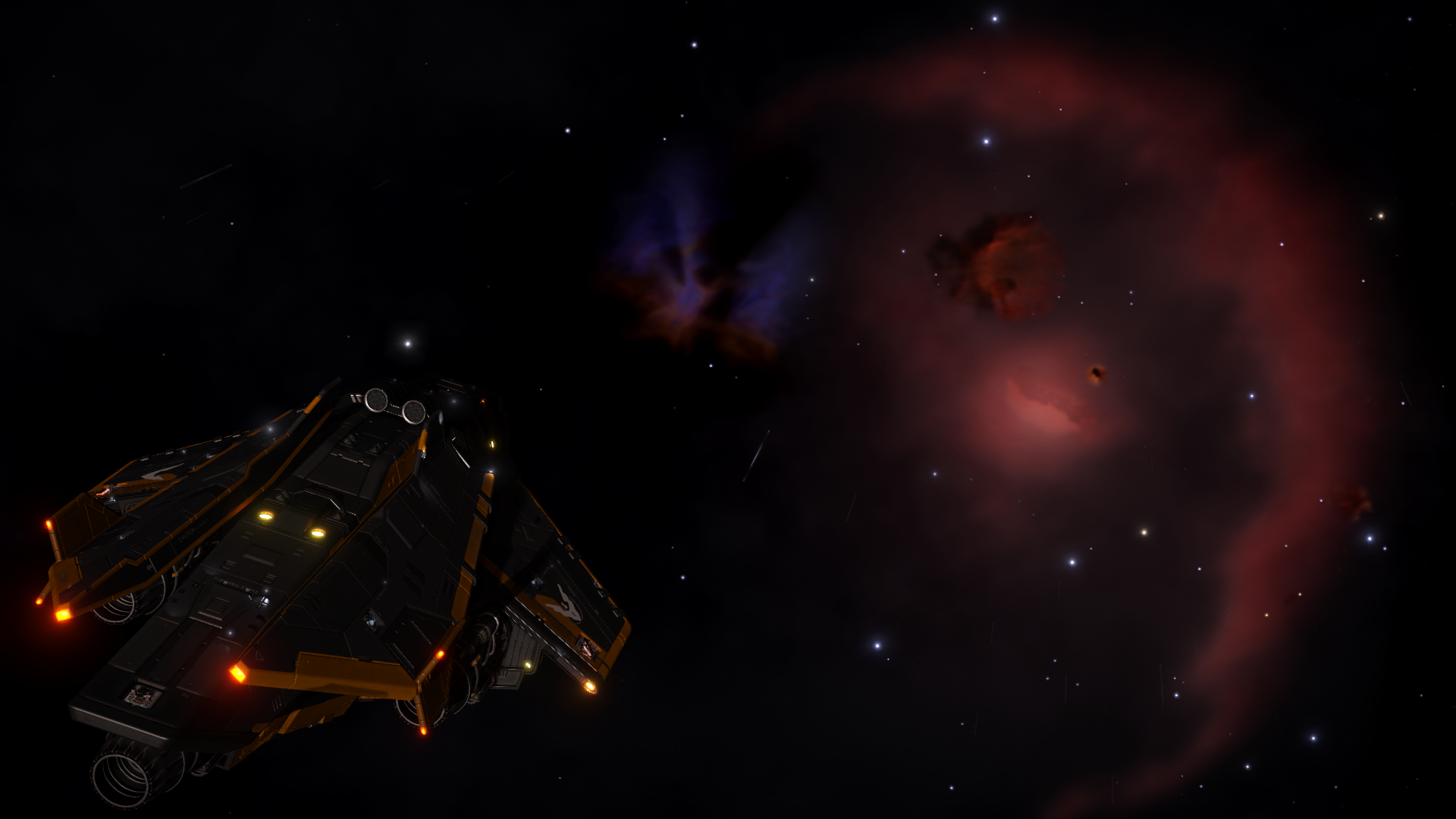 halfway there to witch head nebula, barnard's loop is also in the background. 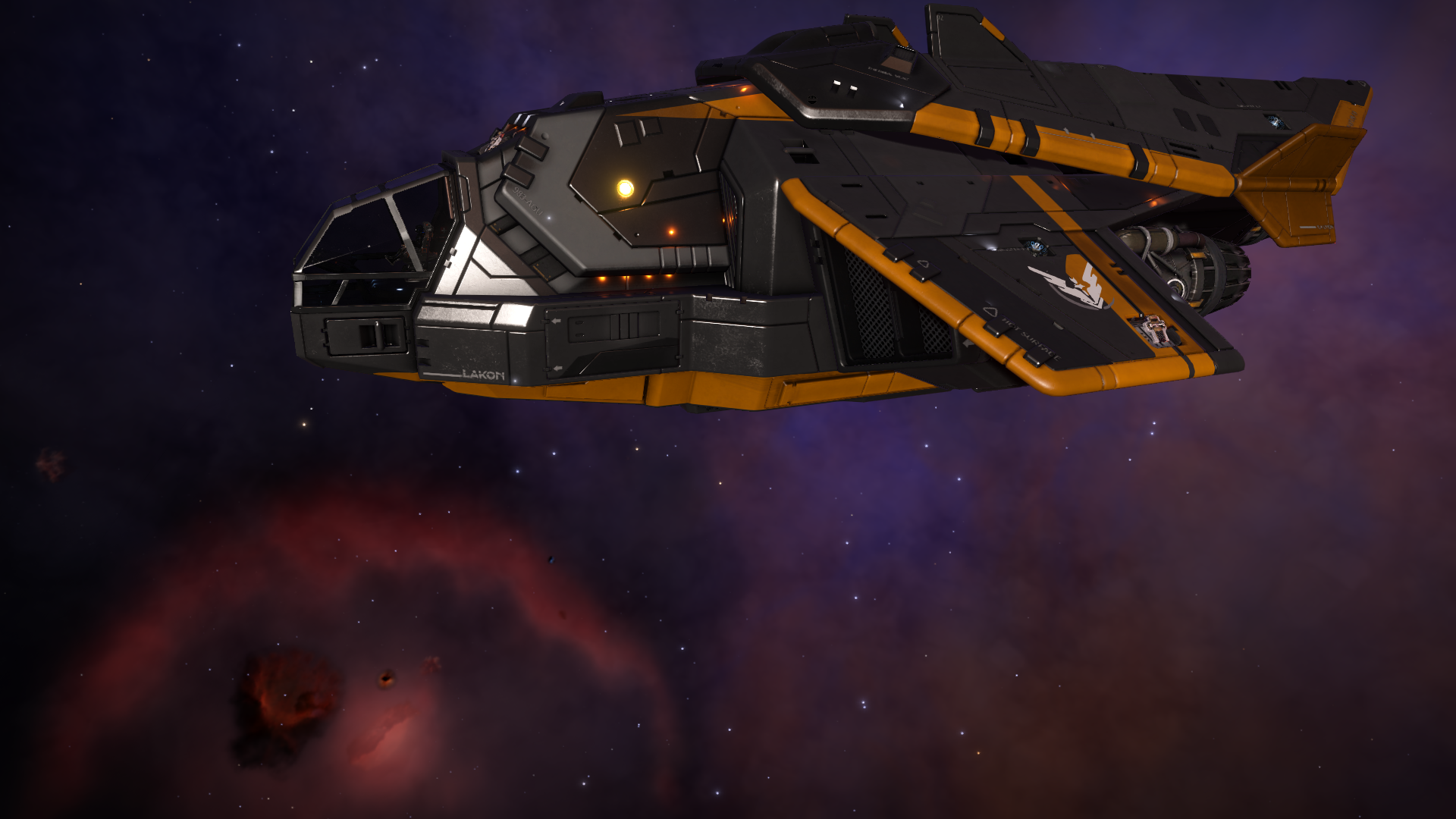 inside witch head nebula, now about 850ly away from home. My first nebula and wow it was beautiful. Also nice to see barnard's loop getting bigger and bigger in the distance. 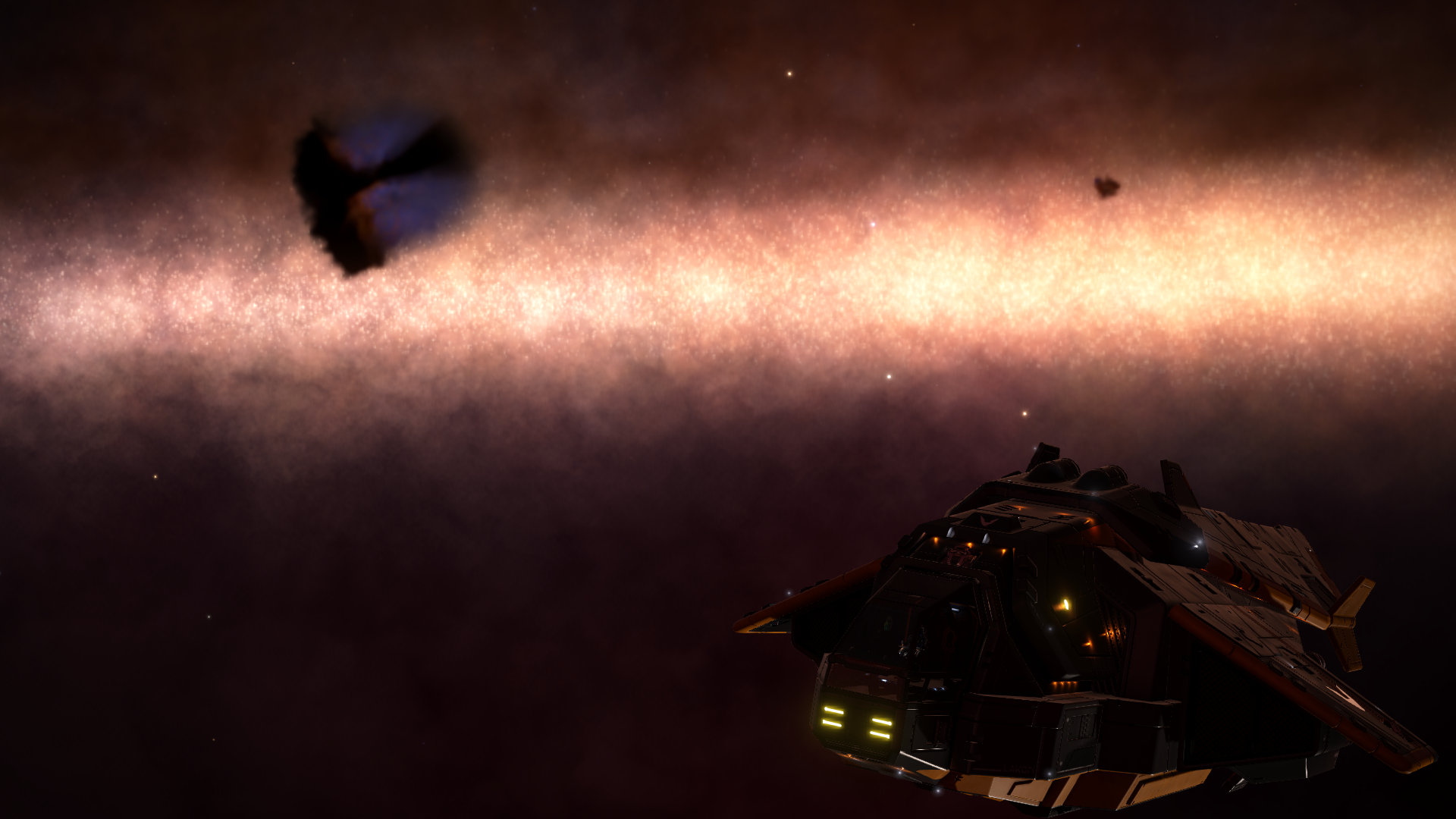 A little bit later I found messier 78. I didn't see it on the galaxy map and decided to visit the nebula after coming back from barnard's loop. 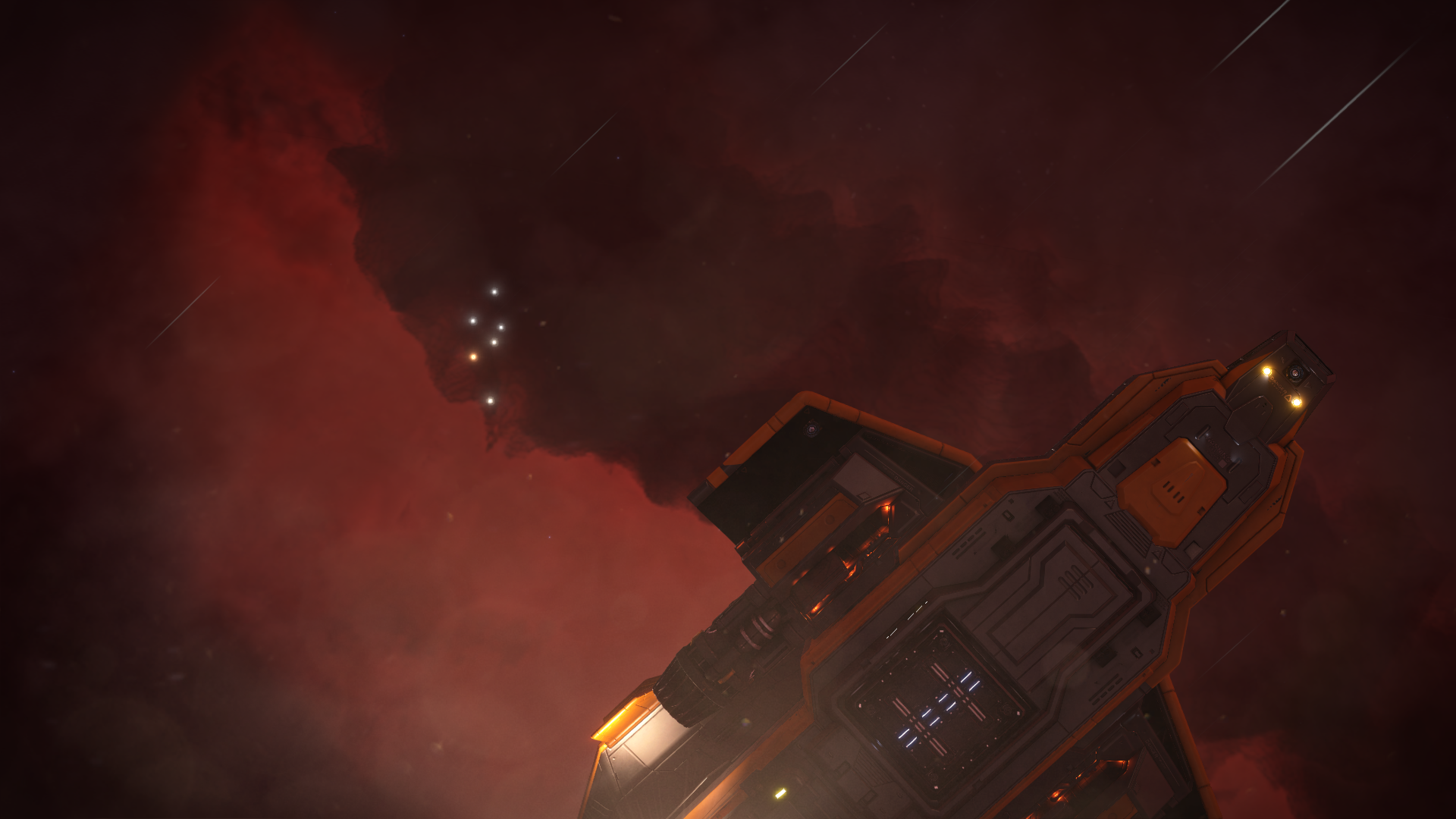 Inside barnard's loop! A beautiful sight. Orion nebula was interesting too because of the many stars in that region. 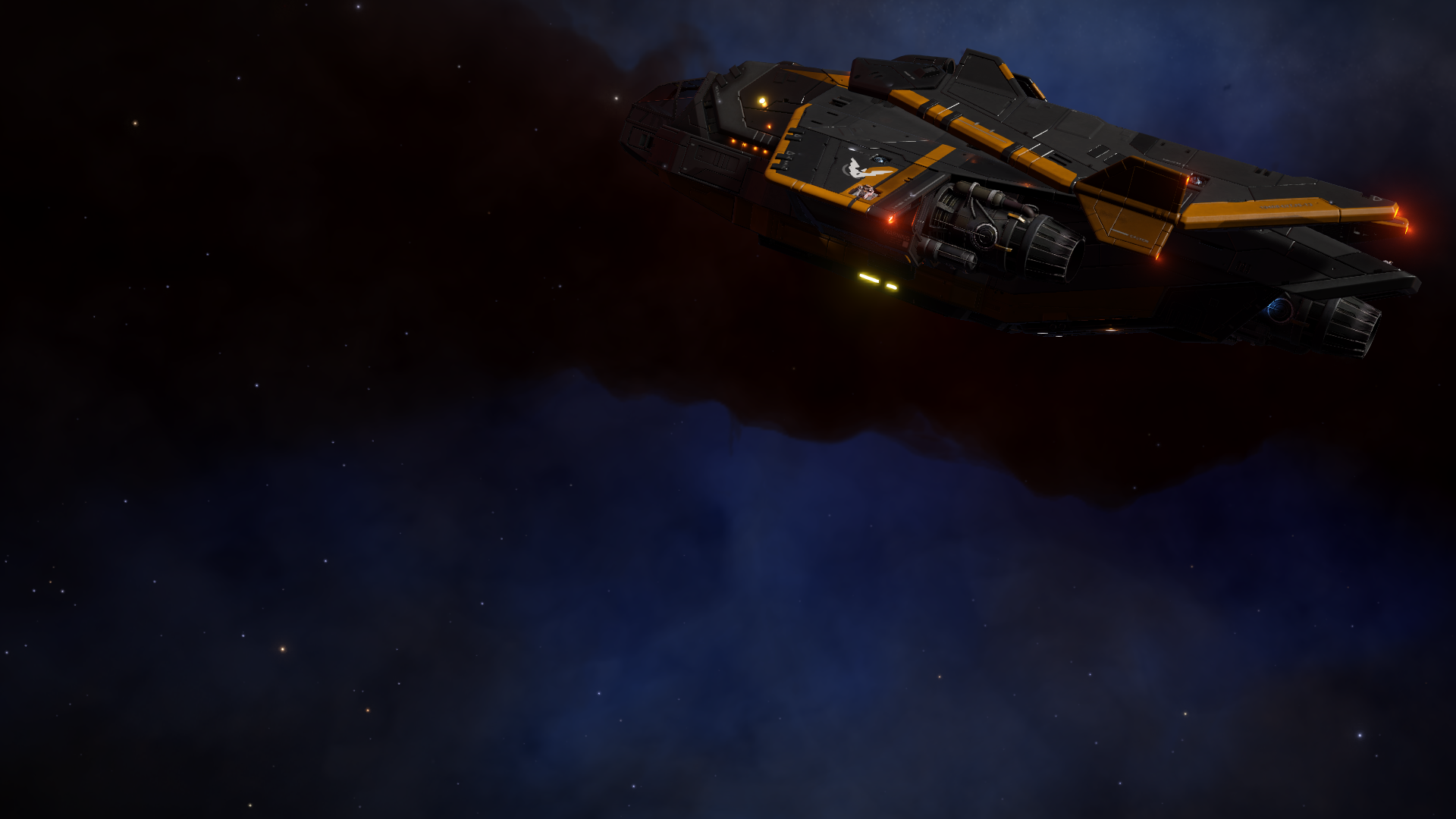 After that I visited messier 78. Nice blue color and definitely worth the visit.
I then began the journey to california nebula but couldn't take the direct route as there seem to be a lot of permit locked systems in that area. You can see that pretty good on the galaxy map screenshot I posted above. 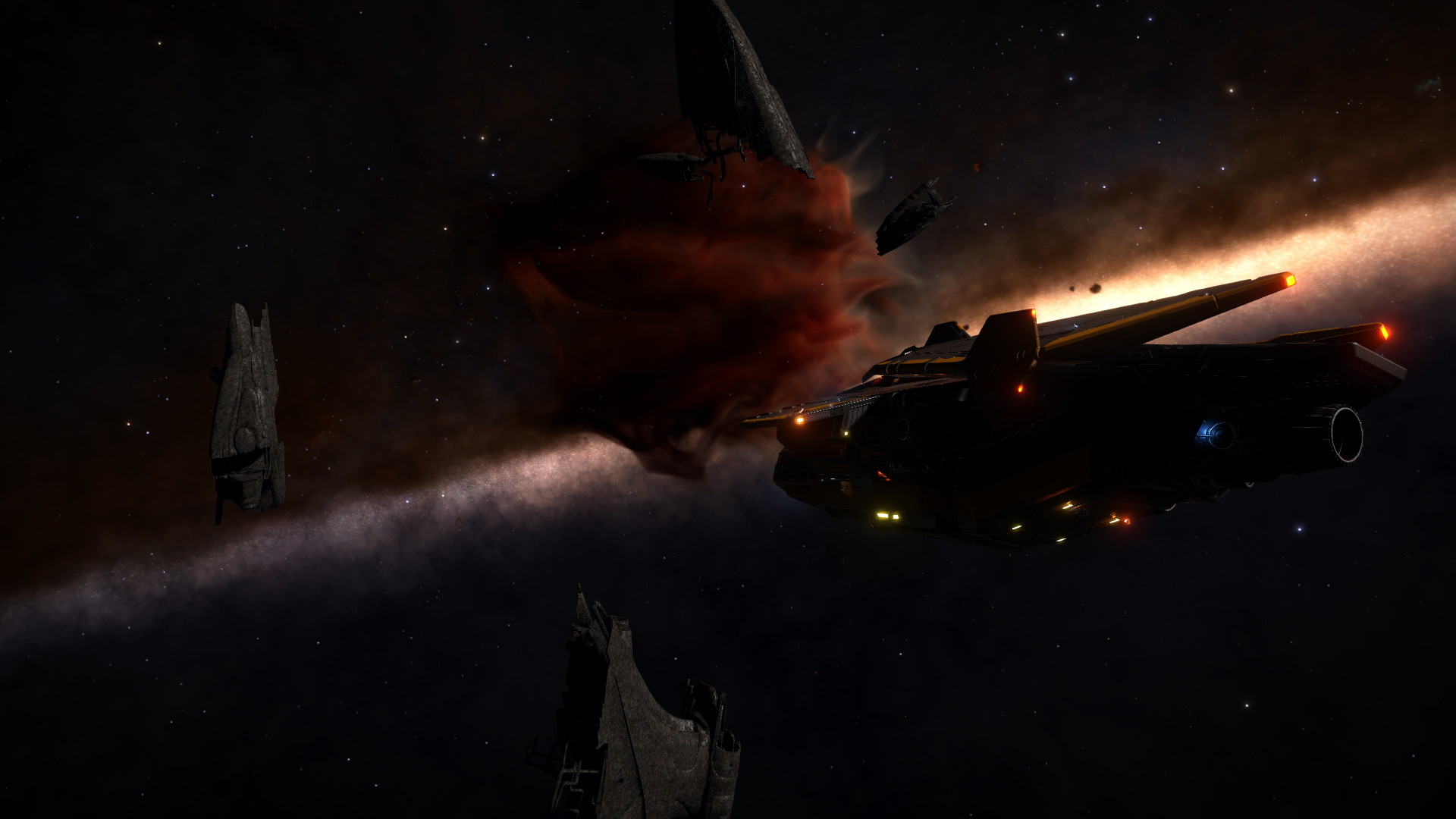 On my way to the nebula I encountered a ISS with a destroyed ship and some exploration data in a canister. Couldn't take it though because of no cargo space. But the location made for a nice screenshot.
california nebula is a beautiful sight, even from such a distance. 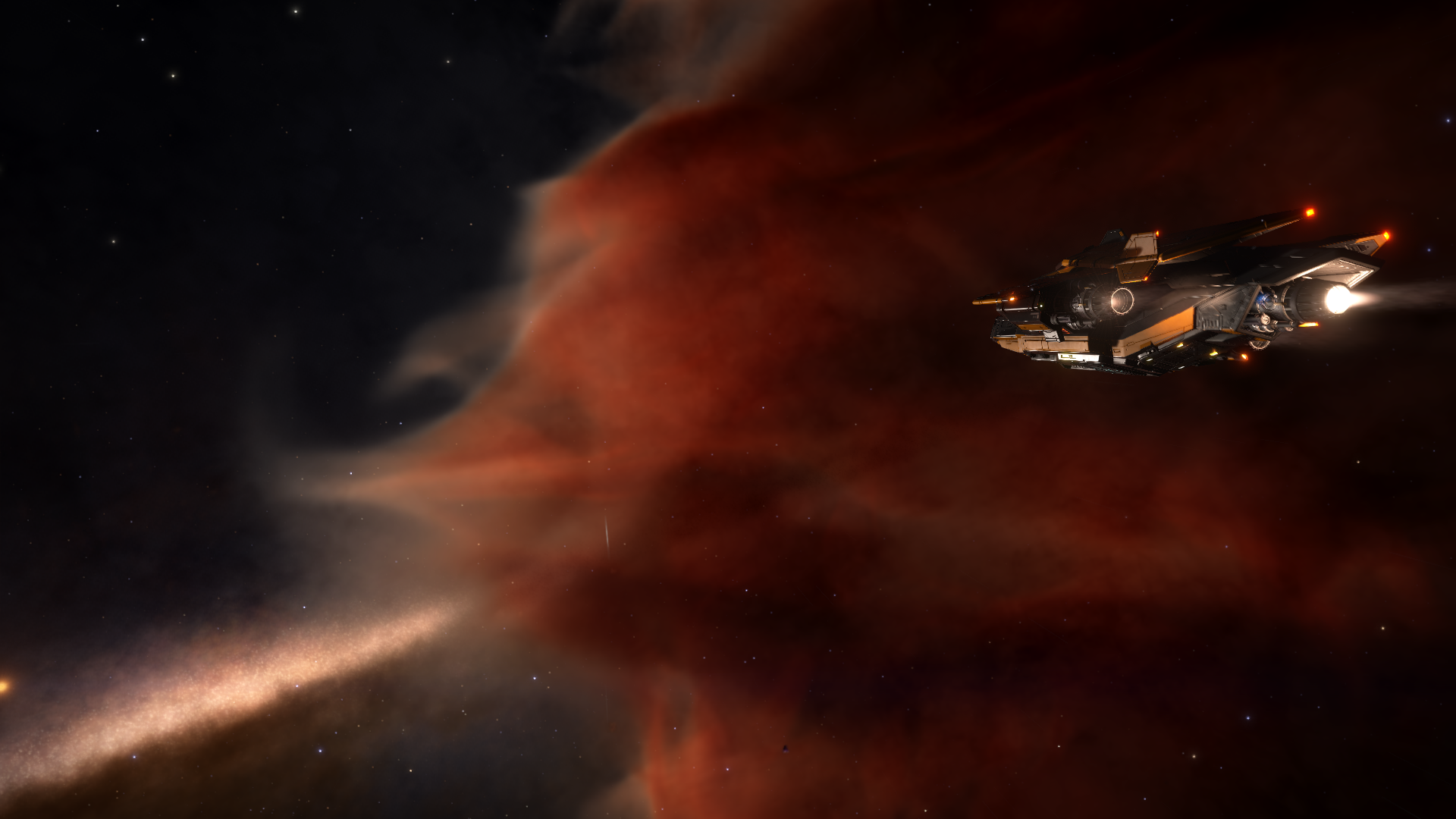 And I'm there! A wonderful view and so worth it!
On my way back I visited pleiades nebula but I don't have screenshots from that one. 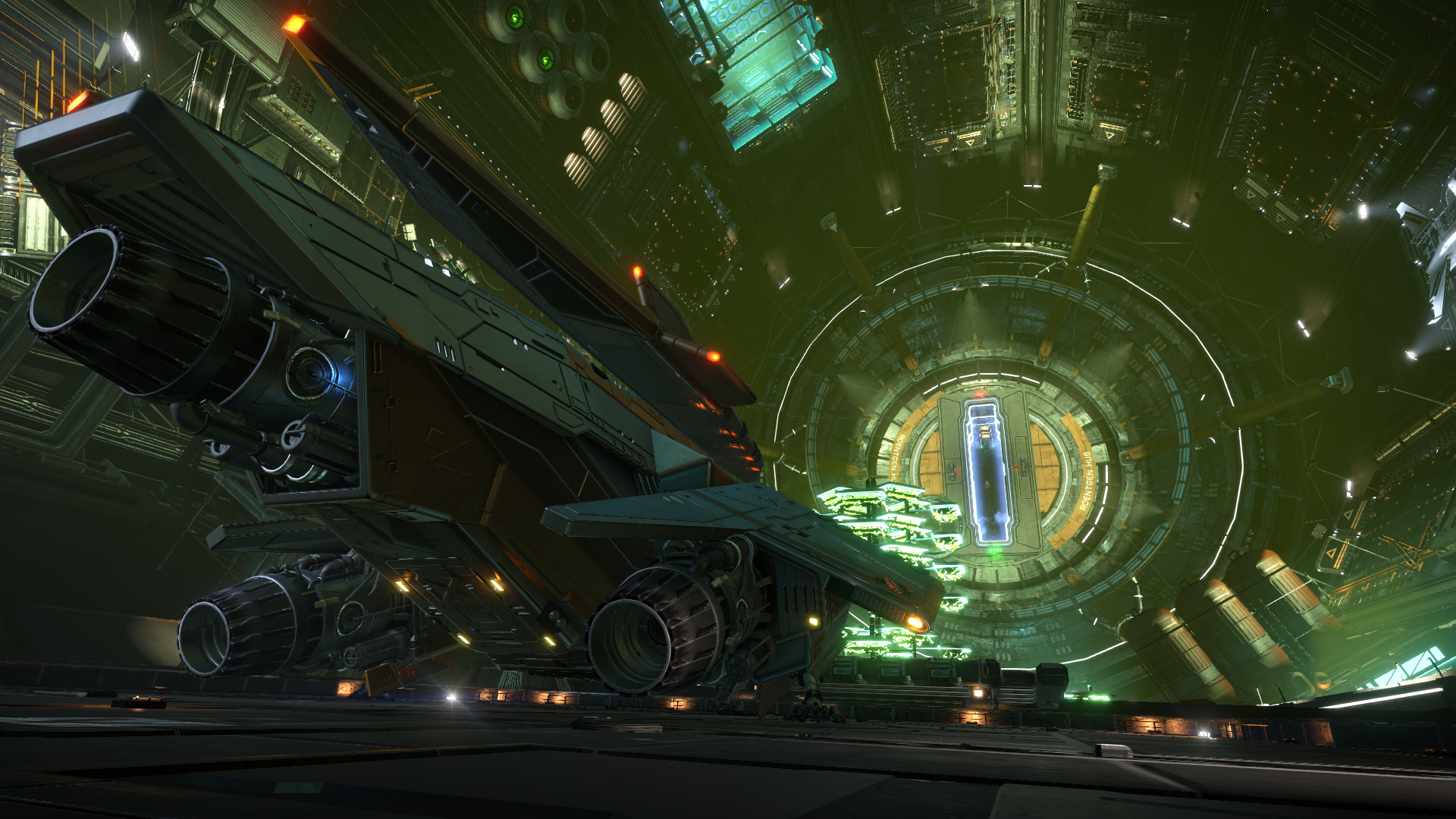 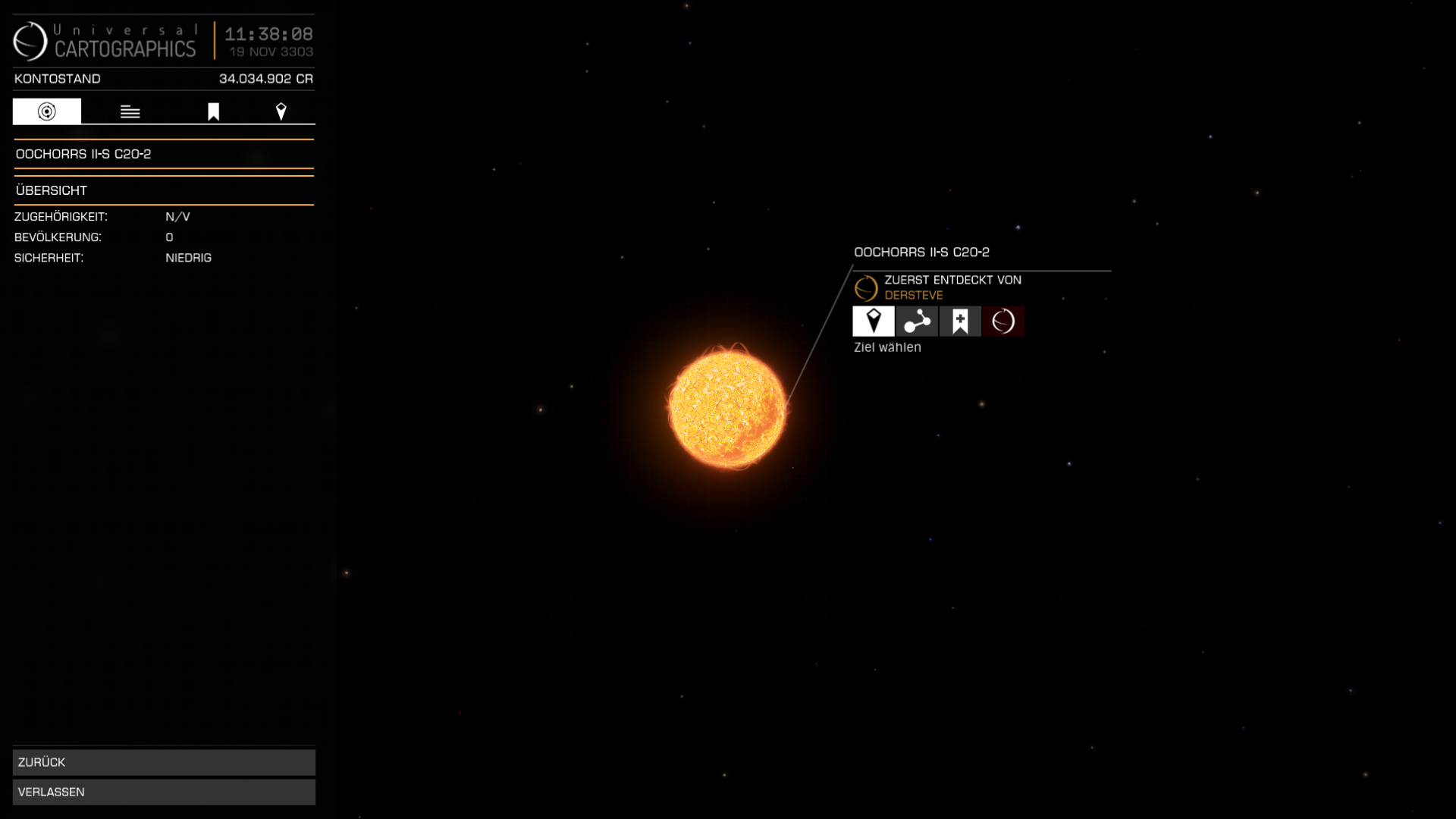 Another surprise was that I was the first one to visit a system, which I really didn't expect in such a popular and well explored area. Though the system was slightly underwhelming I'm happy I put my name somewhere on the galaxy map!
All in all from the standpoint of an explorer it was a short journey that only took me half a day or so but it was nice to be in populated space again. I'm planning my next mission at the moment, maybe a bit further this time,
5000ly or so. On this sightseeing tour I managed to get 1562ly away from my starting point and made 13 million credits in exploration data. That put my exploration rank from ~20% Trailblazer to 41% pathfinder.
And I came to love the Diamondback Explorer, such a neat little ship!
I hope you enjoyed my first post and stay safe commanders!

Now that is how to post a first thread!

Congratulations on navigating around Barnard's Loop as well, that area can be tricky indeed
Last edited: Nov 19, 2017

Congratulations Commander
If you take a route off the well-trod paths you will get your name on many systems.
Fly Safely ...

DerSteve said:
it was nice to be in populated space again.
Click to expand...

Funny how it feels different out there, doesn't it?

Wonderful pictures! Congratulations on a successful first trip out!

C
Quite a trip to do in a little ship with no synthesis!

Thank you for your post. It reminds me of the second trip I took out of the bubble (the first was a jaunt out to Veil Nebula West and surrounding areas, I highly recommend that area). This was before Horizons and the same area so it was a very similar experience. Gorgeous screenshots. Congratulations, commander! Looking forward to heading more of your journeys .
Last edited: Nov 20, 2017

Congratulations and thanks for sharing. Exploring is one of the great adventures in ED.

roryclague said:
Thank you for your post. It reminds me of the second trip I took out of the bubble (the first was a jaunt out to Veil Nebula West and surrounding areas, I highly recommend that area). This was before Horizons and the same area so it was a very similar experience. Gorgeous screenshots. Congratulations, commander! Looking forward to heading more of your journeys .
Click to expand...

Thanks a lot! I'm now on my second trip and at Veil Nebula West at the moment. From there I will go to Pelican Nebula and Elephants Trunk Nebula and after that I'll see how it goes

BaldEagle said:
Congratulations Commander
If you take a route off the well-trod paths you will get your name on many systems.
Fly Safely ...
Click to expand...

Thanks! I'm on my second trip now and after travelling about 300ly far from the bubble I dove straight down for 500ly and there are indeed a lot of undiscovered systems there^^

Witzo said:
Funny how it feels different out there, doesn't it?
Click to expand...

yes it really does. I like exploring but couldn't imagine travelling to Sagittarius A or Beagle Point. Maybe Colonia some day when I own horizons and can engineer my FSD

Nice! Exploration can pay, that's for sure. Glad you had fun out there in the black. Maybe when you get Horizons you'll take a trip to Sag A and get your name on the list of visitors.
Did you scan every star and bodies within the system or did you cherry pick the ones you thought were worth it?

Also, the back of the DBE look sooo good, nice pic.

I scanned the star you drop out at when you enter the system and checked the system map for other interesting bodies. On some systems I scanned everything but mostly only 2-3 planets and then I went to the next one. I always scanned planets with atmosphere. Yes the DBE looks awesome from behind, the thrusters look great

Great pictures! It sounds like you had a wonderful little expedition. Just a word of caution-- It can get addicting.

C
Kinda reminds me of my first real trip outside the bubble, I went via Witchhead Nebula to Barnards Loop, started in the Newfangled Orca at the time, got to Witchhead and couldn't route to Barnards due to limited jump capacity at the time, think it was around 23 Ly range at the time, had to turn back and retrieve the Asp. Went back thru Witchhead and onto Barnards Loop, didn't get any first discoveries that trip in the 500 plus jumps I made until I was bout 600 Lys from my Home station, there I found two systems that someone left 10 Icy Rocks undiscovered, my very first First Discoveries. I was enthralled with icy rocks from that moment on and have since become the Icy Rock king, 15,400 of my 50 k Firsts Discoveries are icy rocks, there is not an icy rocky that I will leave unscanned if it is undiscovered.
You must log in or register to reply here.
Share:
Facebook Twitter Reddit WhatsApp Email Link
Top Bottom