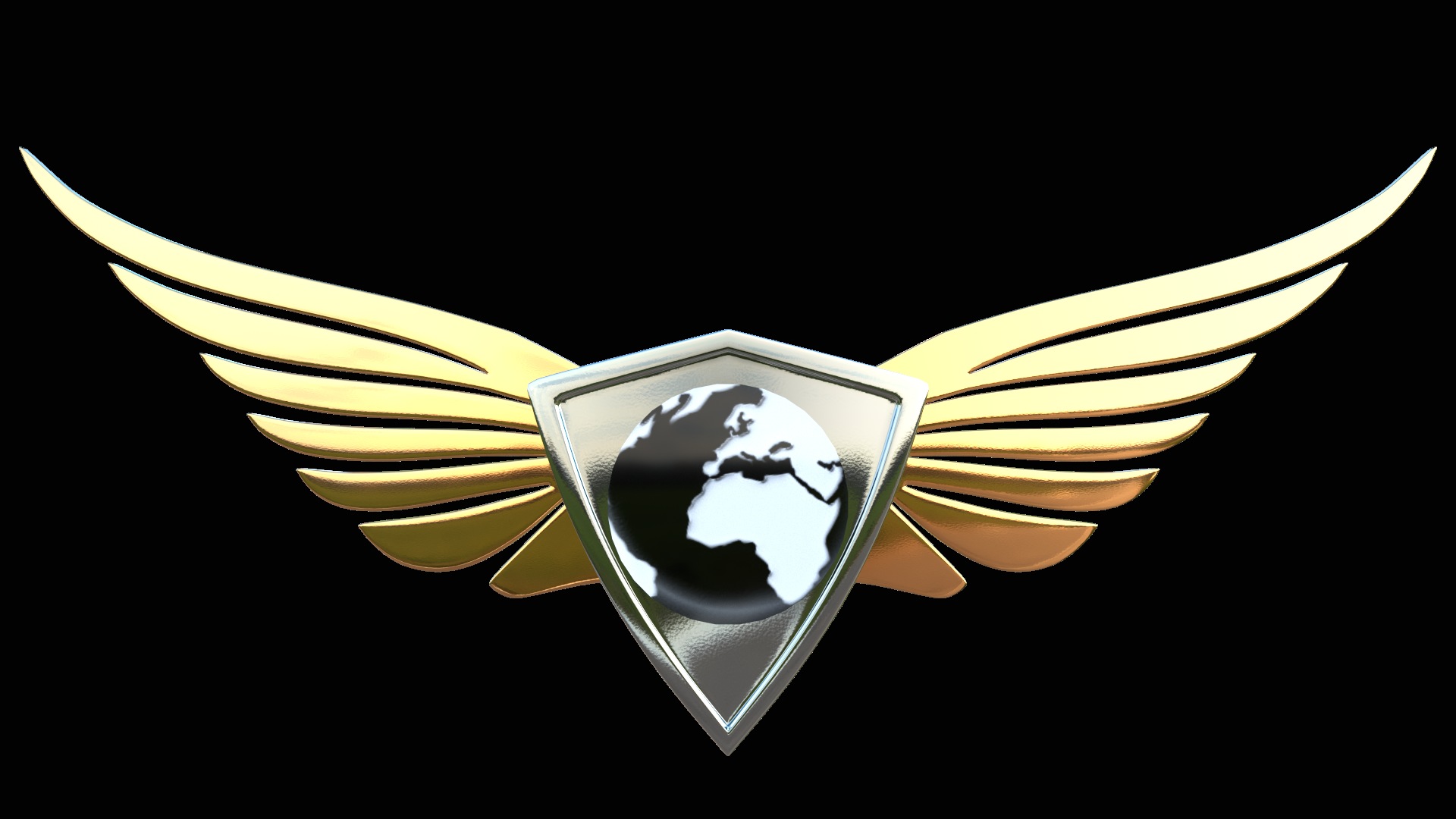 Established 3284 by Vicktore Beskor, the Earth Defense Fleet, or EDF, is an independent military corporation with close ties to the Federation. They are currently based in the Okinura system but can be seen operating throughout Zachary Hudson controlled space. The mission of EDF: to protect Federation Interests and her citizens. Earth Defense Fleet started off as a small company at first, but with the ratification of the Interstellar Crisis Management Act, EDF grew into the galactic corporation it is today. With thousands of pilots, as well as spacecraft, at her disposal, EDF is able to maintain hundreds of contracts in a multitude of systems across Federation Space. Earth Defense Fleet not only helps the Federation, but also the local governments and citizens of each system with tasks like trade, bounty hunting, search and rescue, and system defense. Knowing that you hold a contract with EDF means knowing you are safe.

3284
• EDF founded in Sol. Consist of a decentralized group of ex-military pilots operating in close proximity to Sol with a number of small bases and offices throughout the system.

• Federation Democratic Council ratiﬁes the Interstellar Crisis Management Act which allows for "rapid access to any and all available resources to deal with any crisis which eﬀects an entire system or systems. This can be anything from the threat of supernova, medical emergencies, and similar incidents." The EDF is the first force to be implemented into the official fold of corporations available for this mission statement. Recruiting opened up for Elite pilots everywhere to join the Earth Defense Fleet.
Many conspiracy theorists speculated that the Federation itself funded the corporate startup, but no evidence was ever found to substantiate those claims.

• Following the growth of EDF, public concern led to Beskor centralizing and relocating the corporation to Okinara-system, 32.5 ly from Sol. Seen as just a public stunt by experts, the EDF presence in Sol did not diminish by the change.

We at the EDF are the Vanguard of the Federation first to the front lines to protect and defend all Federation interest throughout the Galaxy. We welcome Veteran and New Commanders alike. so If you are looking to Help and support the Federation look no further than the Earth Defense Fleet.https://www.earthdefensefleet.net/
Source: https://youtu.be/9nIlJL2ed3E

I must say that it has been a blast over the past 4.5 years with the EDF, I've met some fantastic (and some crazy, in a good way) people. We've had all types of people join us in the past, ranging from newbies to experienced, casuals to dedicated, even ex Empire players wanting to change their ways to protect the Federation. We in the EDF are here to enjoy what the game has to offer, and of course to protect Federations interests.

To join, click on the link to our discord, introduce yourself and you're on your way to join one of the oldest Federation player groups in the game.

It's a very organized Squadron. The Discord is a great place to interact with the Squad members and to keep up to date with EDF mission goals and assignments. Our group has so many skilled Commanders who are always ready to help out. Ship outfitting, engineering, combat training, best places to find resources, assisting in missions, Mining training. These are some of the things I have had help with since joining the group back in December. I had mostly been a loner in Elite until I joined EDF. Now I'm part of a great team in the game. The EDF Squadron added much more depth to the game for me. You get to meet a bunch of great people from around globe too!

Hello commanders
For some time now the EDF as been looking for that special commander with video capture and editing skills to work on a Federation news channel that would represent not only the EDF but the Federation as a hole. So if you are that kind of commander and are looking for a home look no further than the EDF.

As a member I can say its a great group: very organized, nice and helpful people with lots of experience. Currently we are present in 33 systems near Sol (controlling 31), and we are steadily expanding. https://inara.cz/galaxy-minorfaction/2179/

C
I've been meaning to get back into a group. Recently returned to the game, and have been working on some engineering lately.

I'm 100% allied to the Feds, quite unfriendly to the Empire, and somewhat neutral to the Alliance. Not currently pledged (working on engineer unlocks), but was previously pledged to Hudson.

Interested in BGS through supporting a player faction, and back into some PP stuff when I'm ready. I do combat. Bounty hunting, Assassination, Massacre, etc. Trade, Mining, Exploration, all not so much - but I'll dabble in those areas a little. PvE, PvP, whatever. Beta backer, so my insurance is cheap Currently flying a Fer-de-Lance, well equipped and Engineering is coming along nicely - I know how to fly it. Also have an Anaconda, not so well equipped that I use a multi-tool when needed. I'll get into a Vette eventually, rank still not high enough - not in a big rush. I play in VR with Rift S, Voice-attack, X52 Pro. Got discord, and an account on Inara.

Usually on between 3 and 6 Elite time, (North America).

Sound like I would be a fit? Got other people playing the same time as me doing stuff I'd be interested in?

Hey Cmdr Butthole Surfer, yeah sounds like you'd fit in with us, most of our members are combat pilots but some of them like a bit of everything (trade, exploring, mining etc). You'll love the vette when you get it, it handles so well with a nice amount of firepower and shield protection but I like the way you are looking at the game, ie not rushing it, I tend to hand that advice out to newer players, enjoy the game rather than rush and grind for the biggest badest ship (though if people want to rush it we give them advice on how to gain credits/rank fast). As for the EDF, we are all over the world (Europe, North America, Australia), activity ebbs and flows (seasonal changes, I call it a roller coaster), so at periods we have mostly Europeans playing, at others we have mostly North Americans playing, and then we have times when everyone plays at the same time (which is always awesome). So if you'd like to come on board, you are more than welcome.

Happy to see many new faces in the EDF.

All we need is someone who good at making YouTube videos

Yes, we need someone with such skills. But of course new recruits are also always welcome.

The Earth Defense Fleet is now the 12th largest PMF in the galaxy.

C
So just a few days ago I returned to Elite after a loong break, and had only dabbled before. As an old-time EVE Online player, in coming back to Elite, I knew I wanted to find a well put together player group to fly with. Upon joining, in my very first day flying with them (yesterday), I was invited to wing with several folks who showed me the ropes and helped me get on my feet. And appreciatively, in a way that encouraged me to learn more. To say the least, I'm quite glad to have found an organized and active group of commanders who I can work with towards common goals. Onward!

You did well Clonakilty92! Next on the list could be void opal mining.

Hello fellow Cmdr!
I send you greetings on behalf of the Earth Defence Fleet and our venerable Sky Marshal Victore Beskore.
We would be so pleased to meet you on our discord server and hope to wing up with you soon in Okinura.
In a squadron like ours it is the best place to learn about all aspects of the game and find support in a dangerous galaxy.
Last edited: Sep 21, 2019

Are you guys still recruiting.
I am UK based and looking for a squad that is active.

Hi Isaiah! Sure, looking forward to meet you on our discord server. O7

I
Thanks, i will hook up soon, waiting for a new headset to arrive
should be here today