P
Hi I’m new here and I would like to present you my Park. Rct3 was one of my favorite games, I played it for years and made countless Parks and Coasters. But sometime I knew every content, built everything, the communities getting smaller and some famous sites like rct-World.com were closed. The official new Rollercoastertycoon-Game can’t convince me. But then I found some videos from Planet Coaster and was again in a fever. Planet Coaster looks great and have so many kind of creative possibilities. First I had to learn all about the new controls and first you must capture all this diversity. It would take some time before my park look like the parks from the videos. But anyway I want to present you some teaser pics from my new park.

Patrik PARK - Planet Coaster
I plan a big theme park with environment, parking lots, administration, hotels and for sure themed areas with coasters, attractions and shows. I try to built it “semi-realistic”. That means it should look like real, but creativity and fun at first. So not every building is hundred percent static correct, not every norm will be followed and there is maybe a jungle in a park that is placed in the middle of Europe. 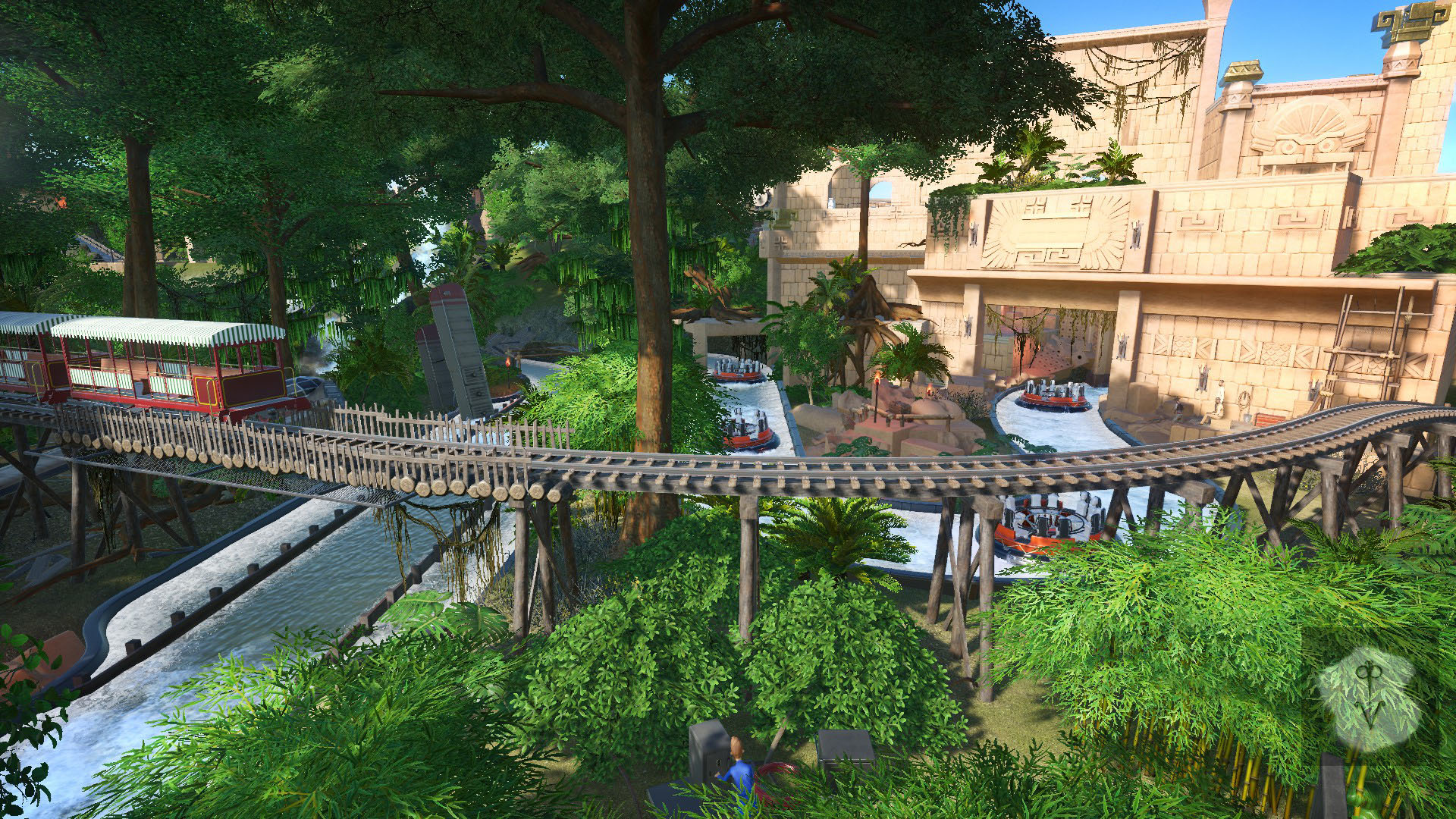 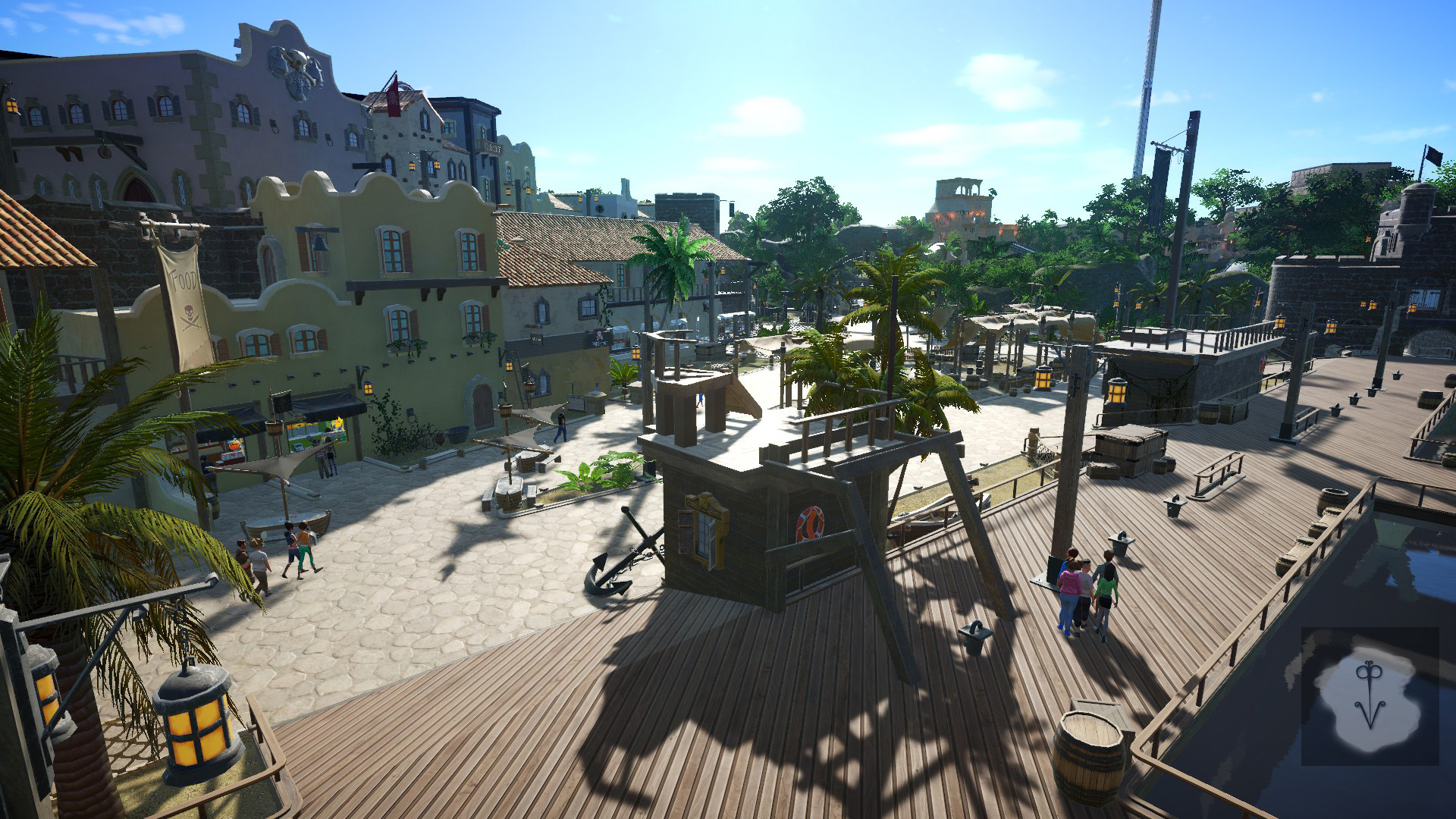 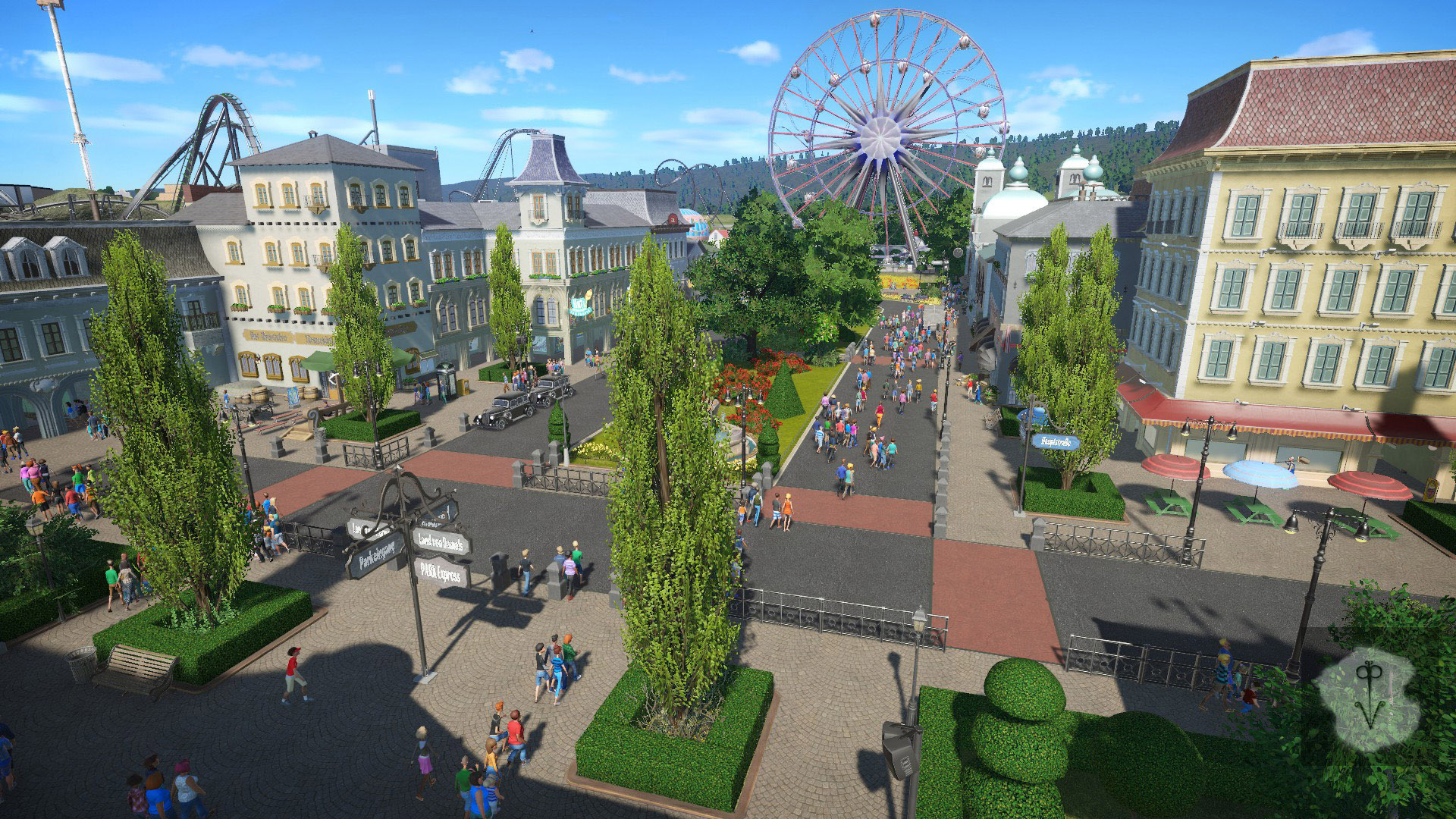 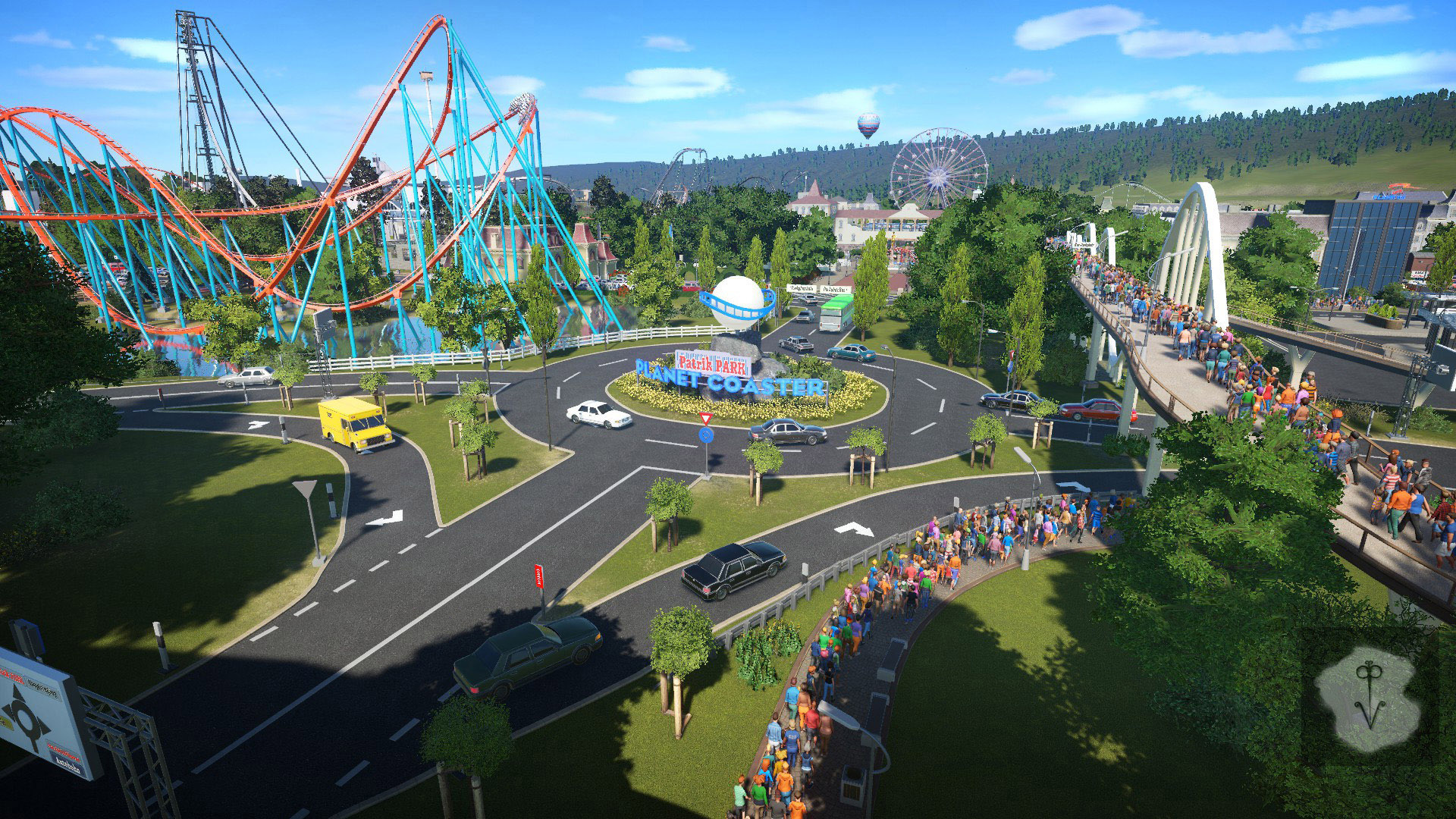 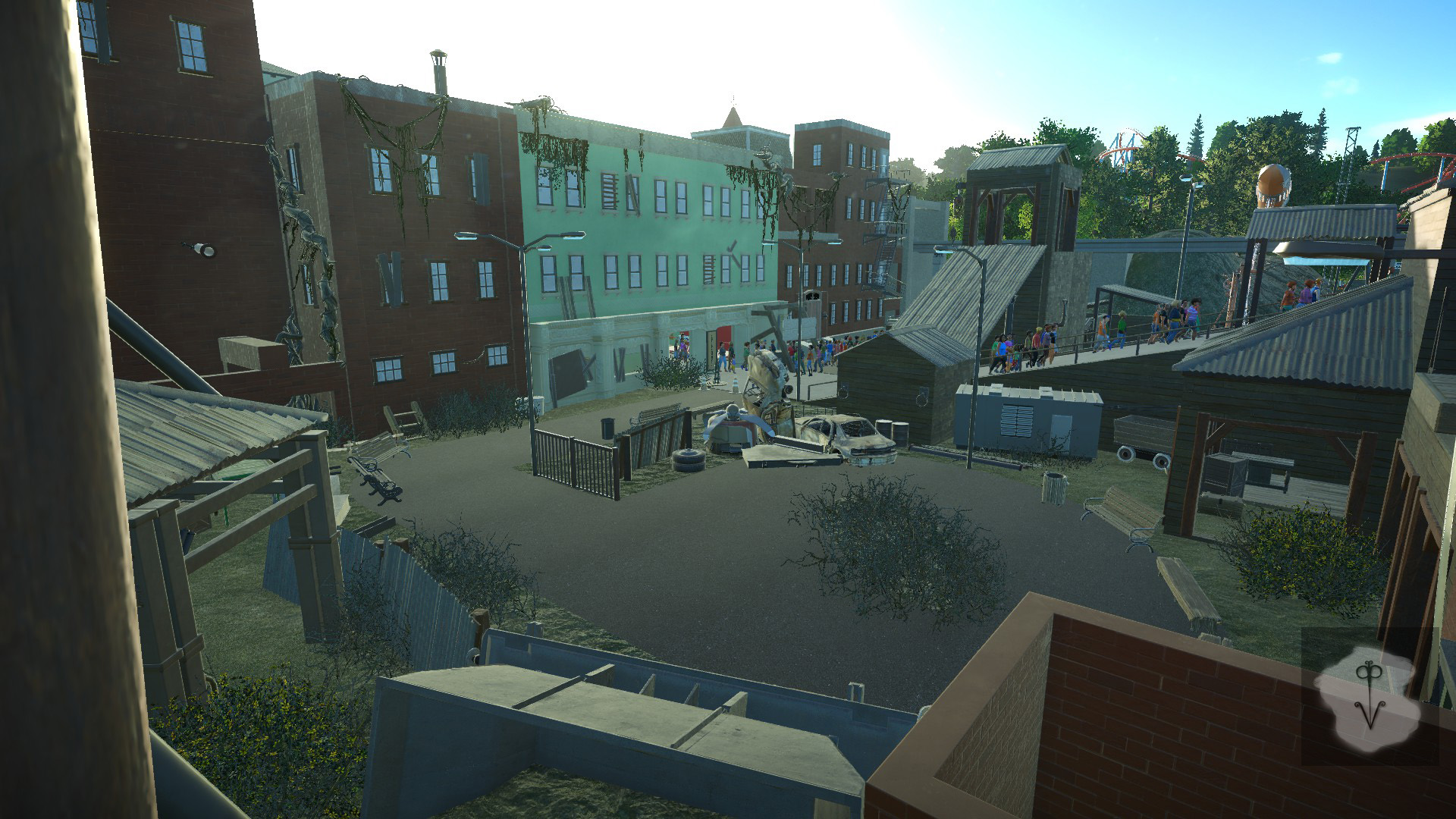 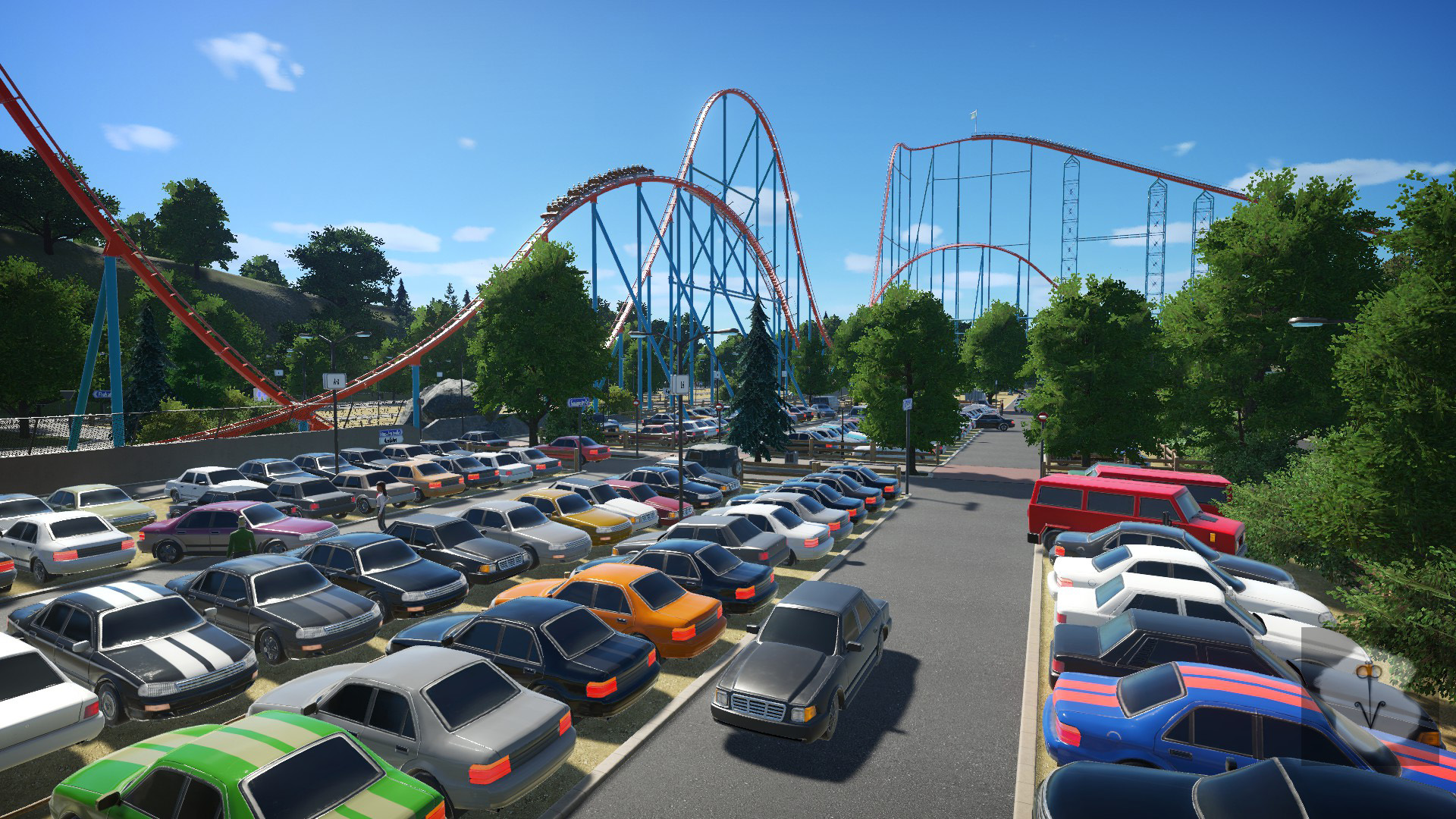 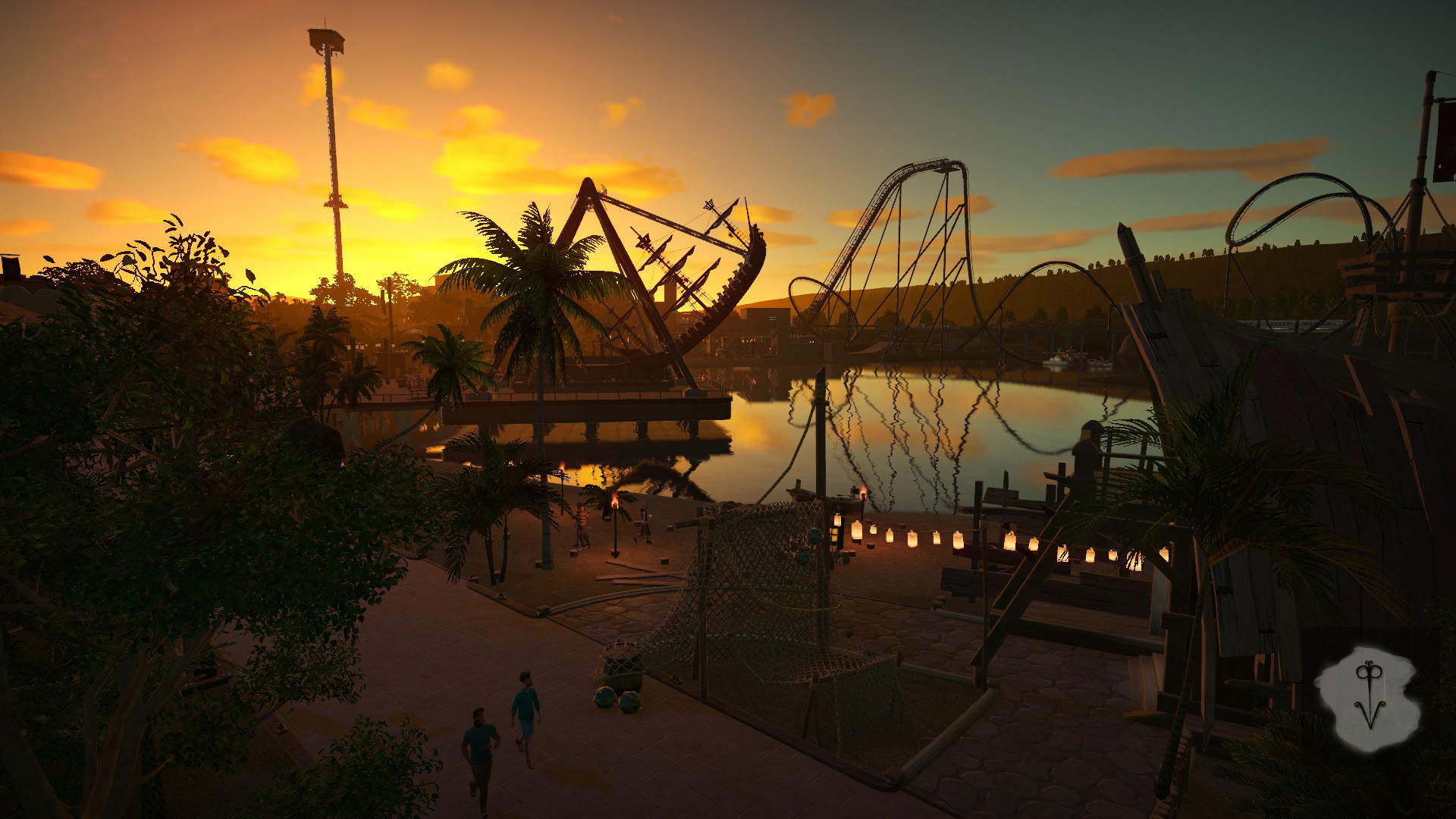 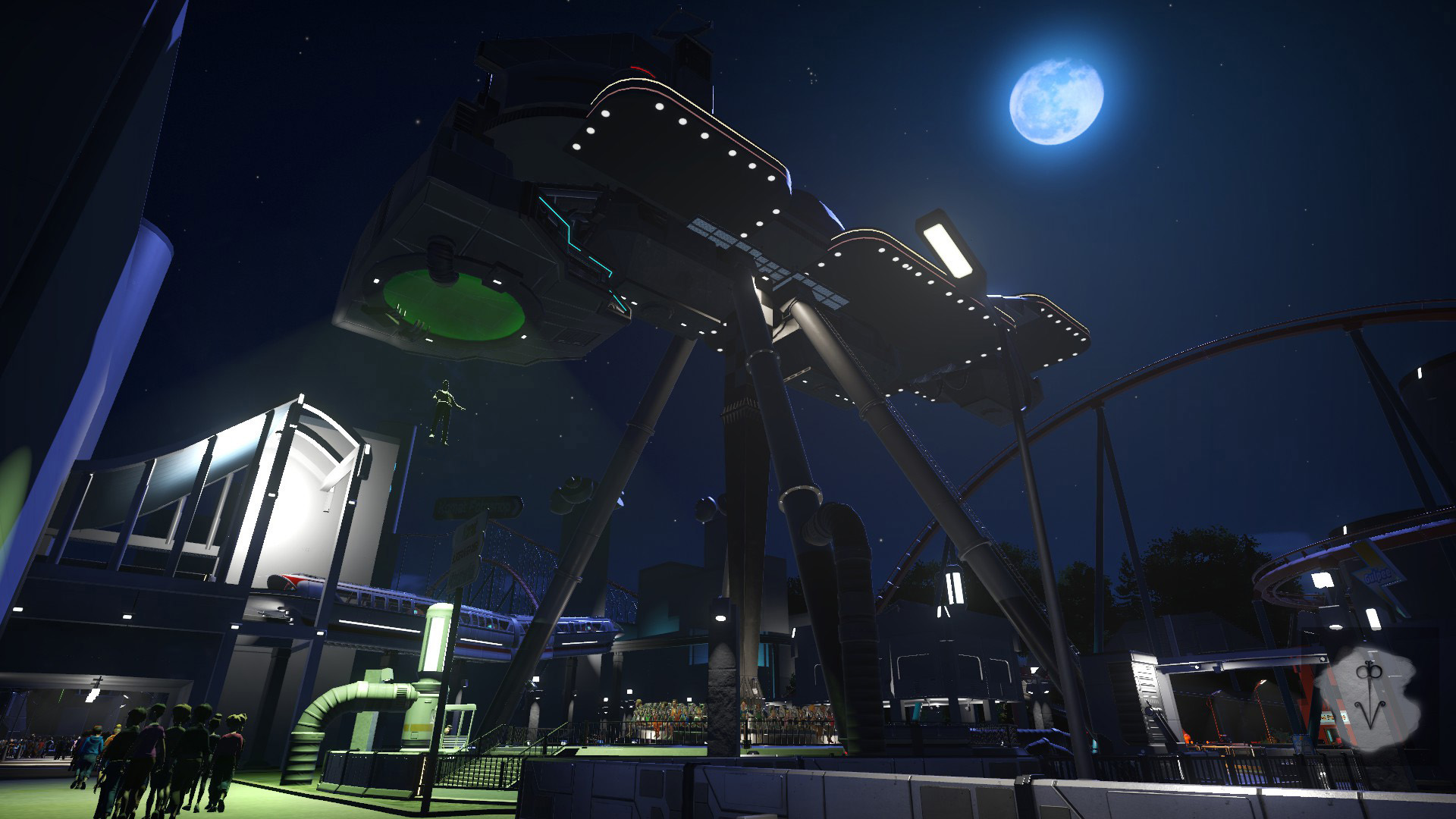 I hope you like the pictures. It’s my first park, so please not shoot me on mars. More coming soon. Oh and I hope you understand my english.
Last edited: May 7, 2019

You're park looks amazing. Keep up the great work.

Those are some great pictures. Really well done!![happy]

P
It's going on! Today i show you some pictures of the first finished area of the park. The "Hauptstraße" (in english mainstreet) is the entrace area of the park. There is a lot of shops, restaurants and service-stations, but also some attractions. Mainly some classical fair-rides like carousels. The most attention gets the big ferris wheel on the central place of the park. There is also the first coaster of the park, a small family coaster called "Marienkäfer-Express (Ladybug Express). Then comes the stations of the park express, the monorail and river boats and of course the big "Hotel Kurhaus". A five stars hotel especially for families. 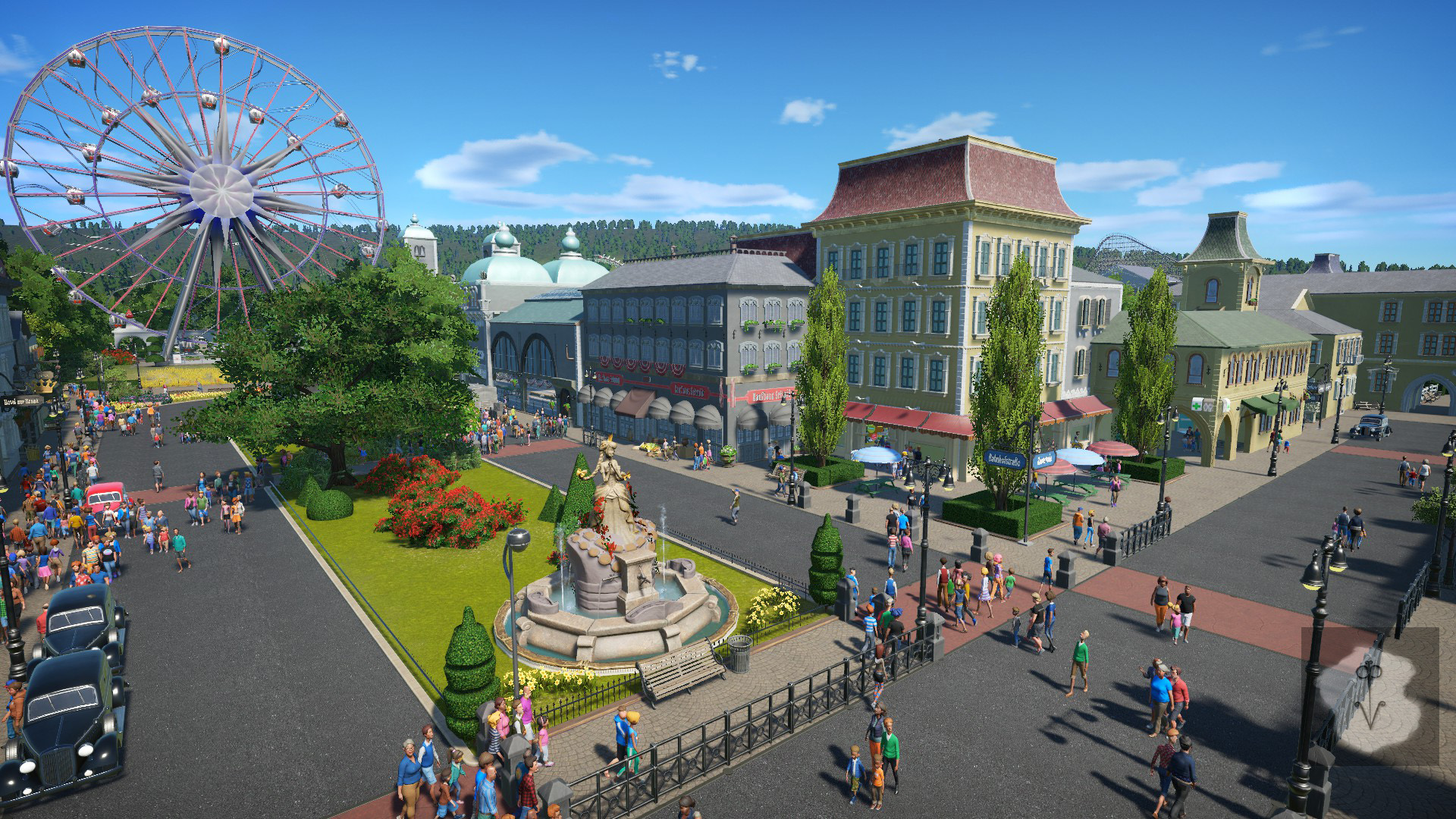 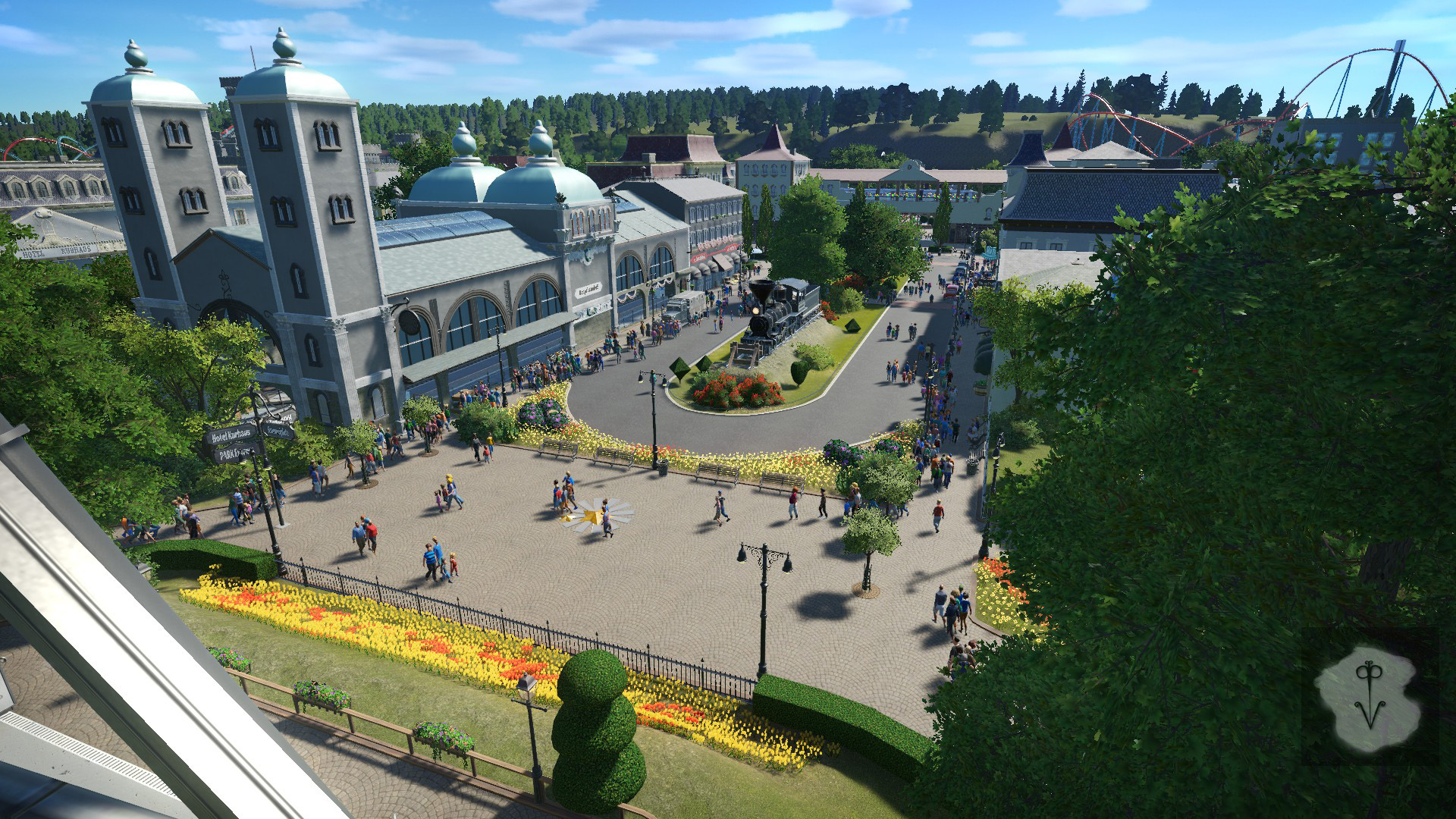 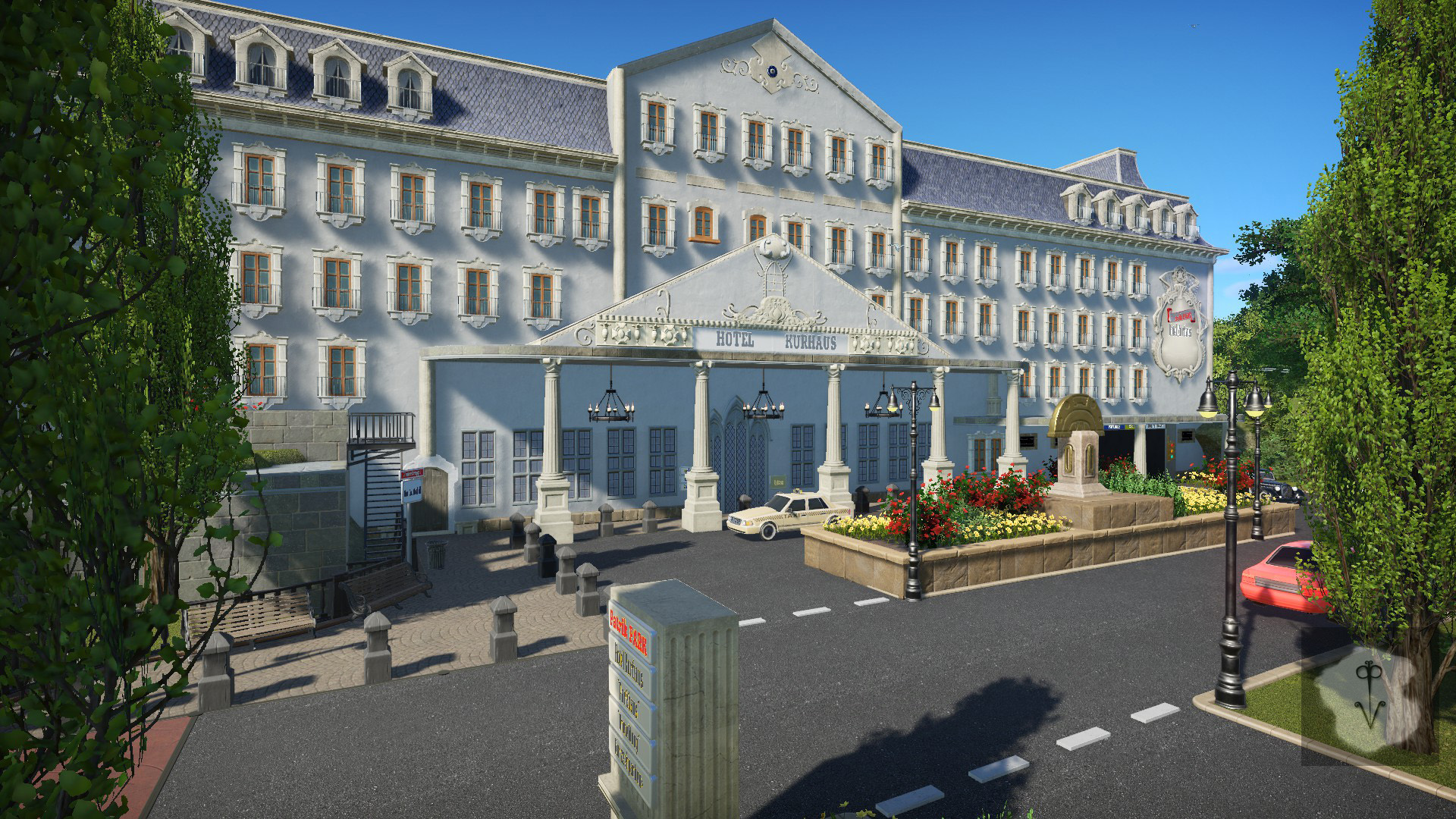 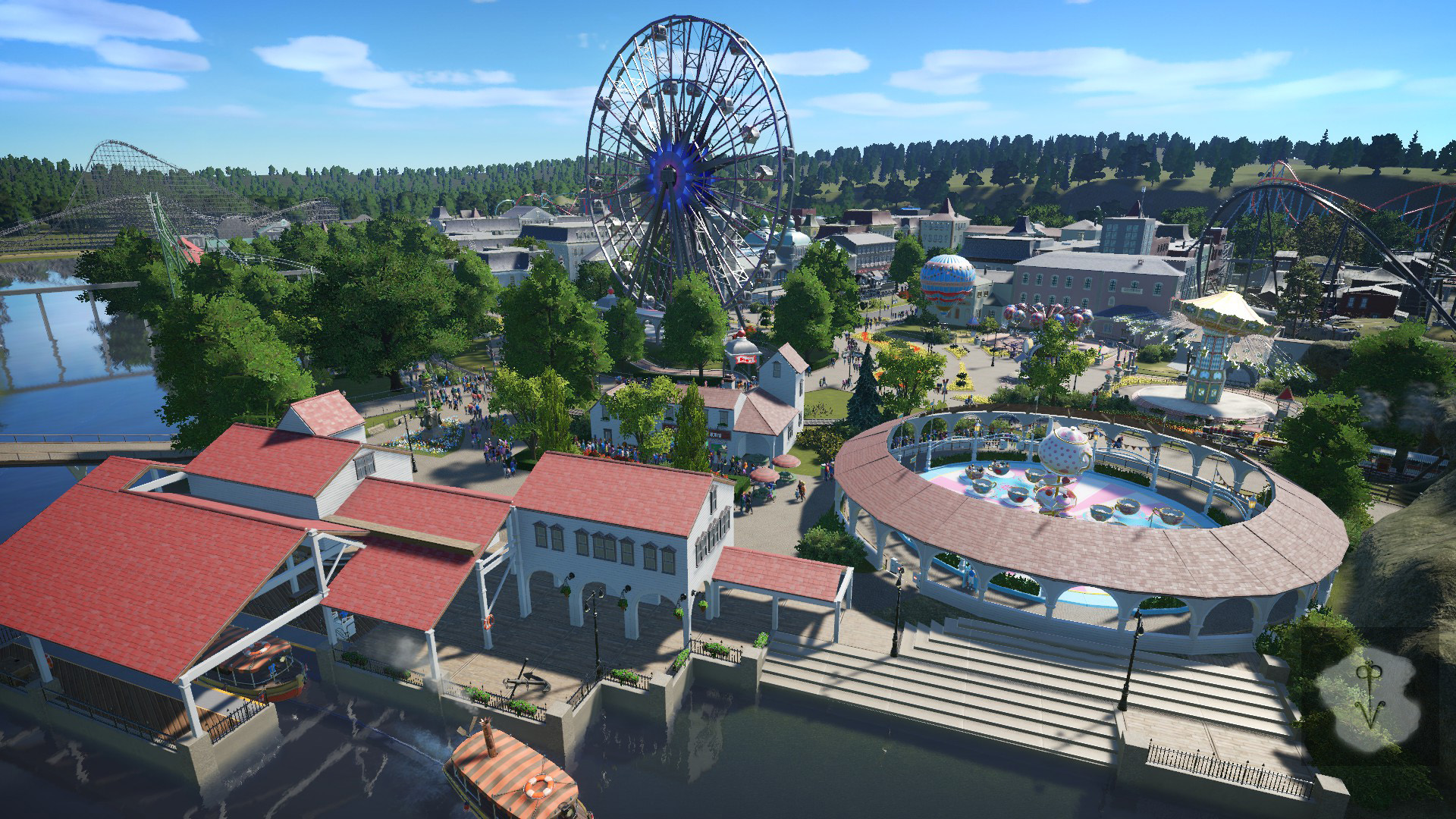 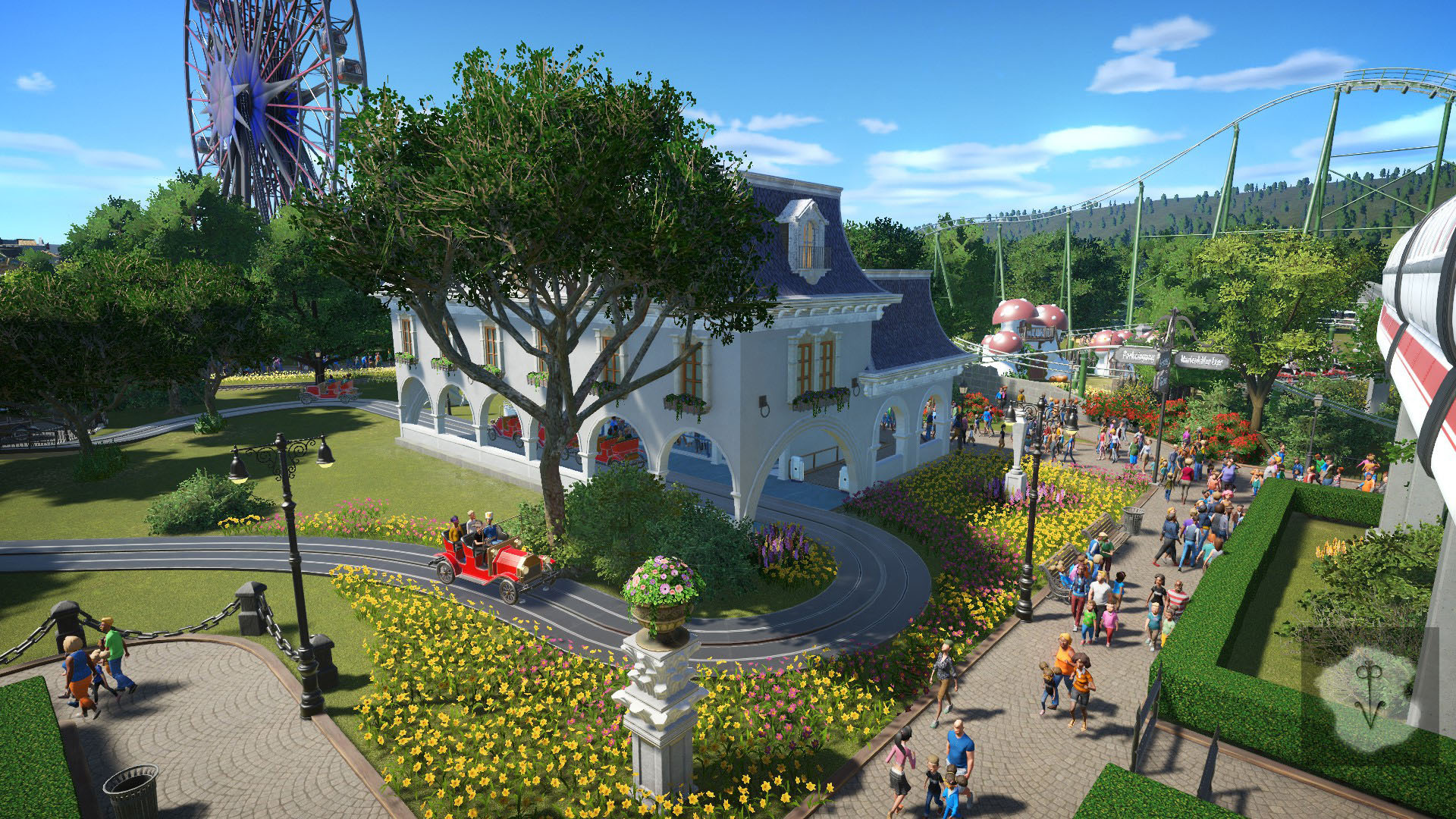 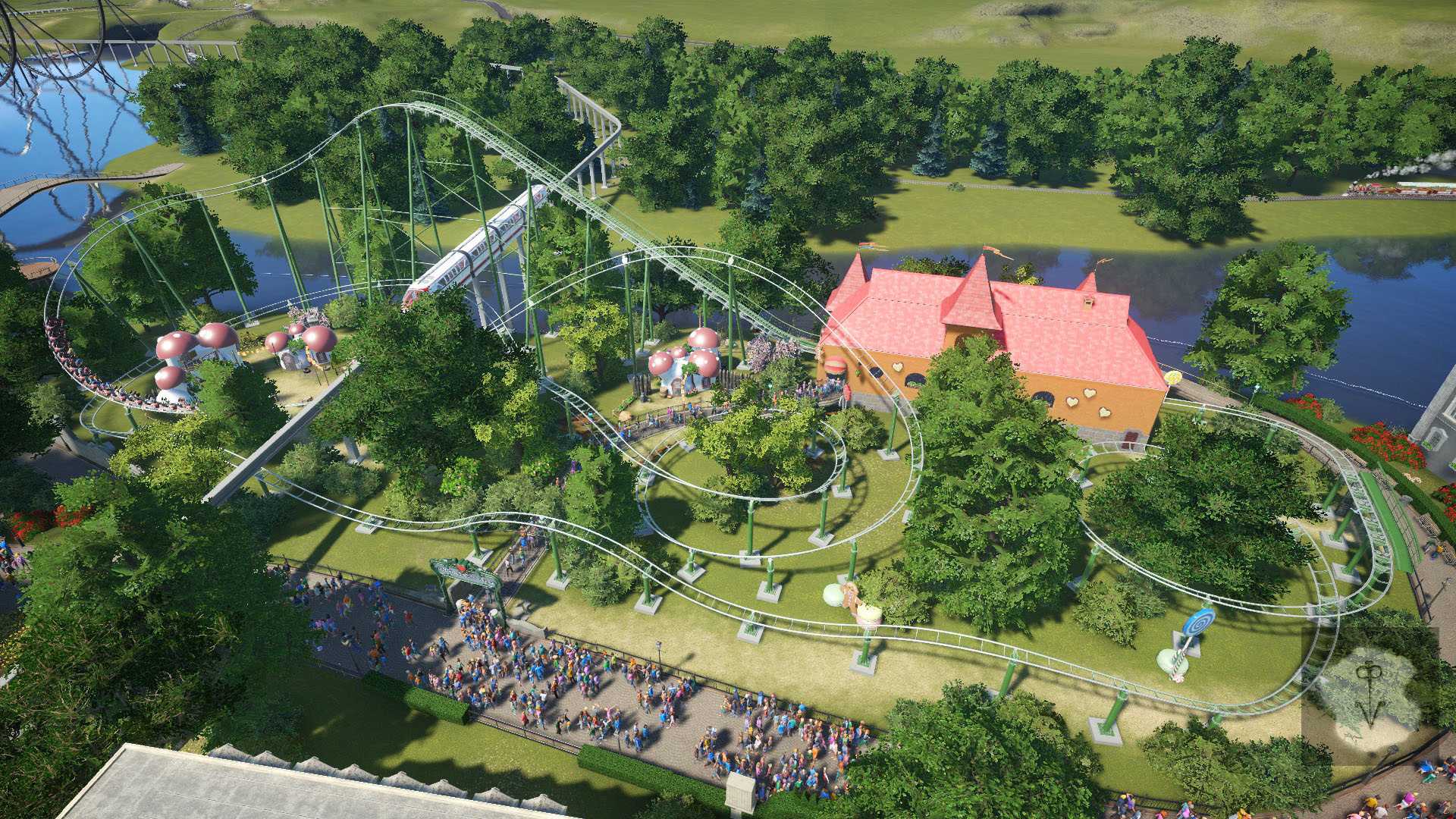 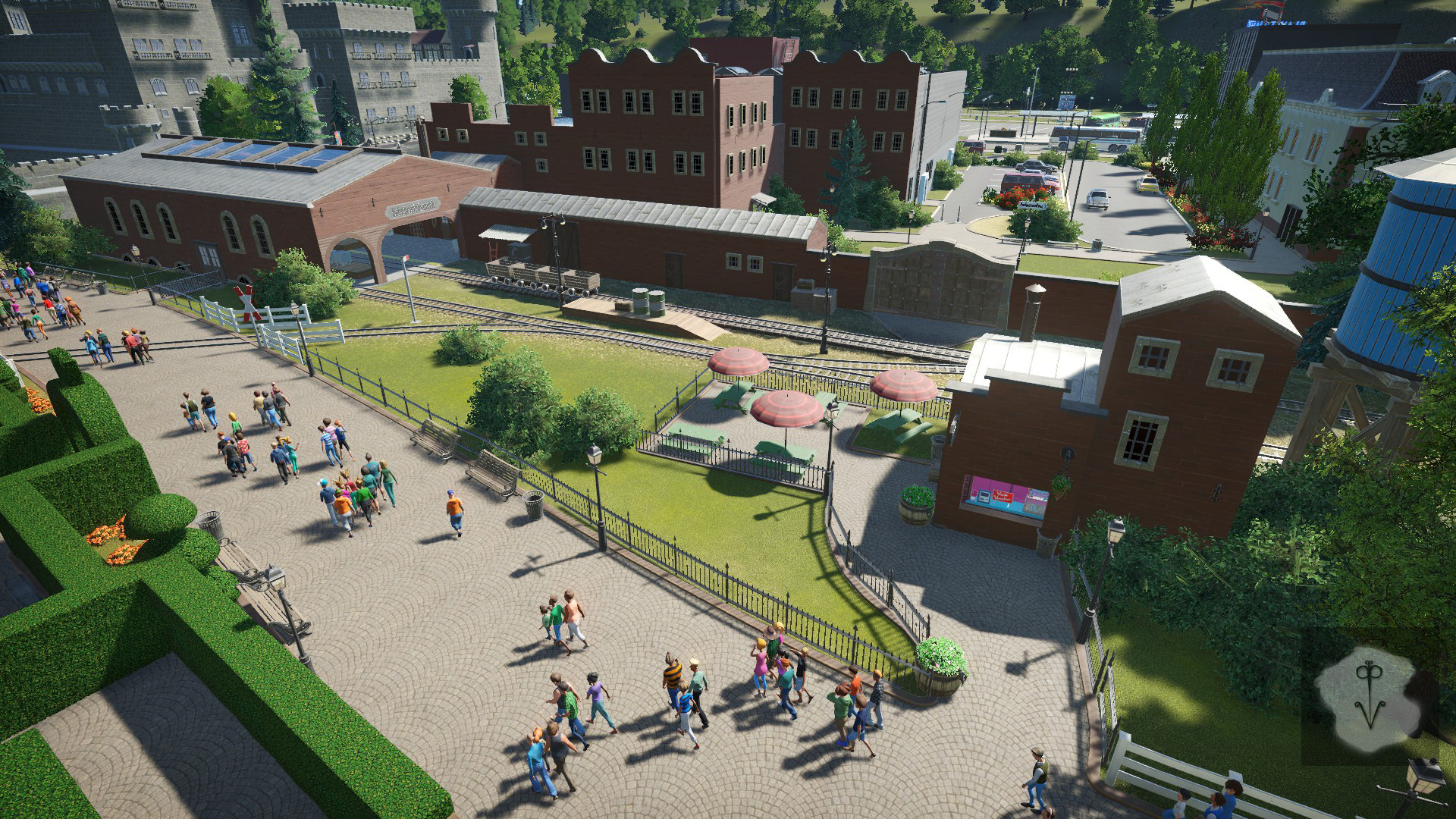 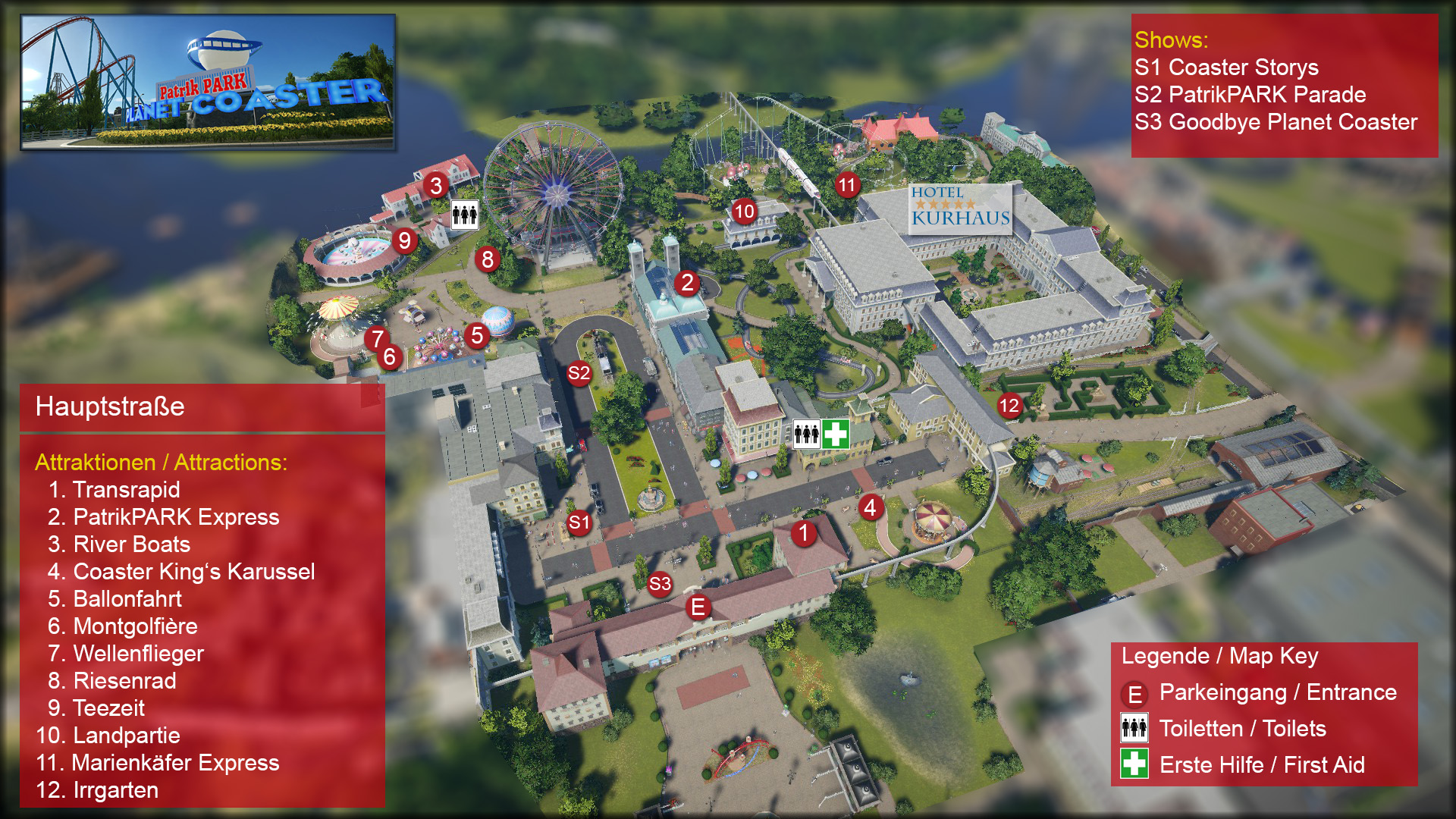 A last i have a little overview for you in form of a parkmap. Hope you like it.

P
Hey there, i use diffenrent forums to present my park and i realise, that i forget to show you the last two updates here So you get now the whole thing. First i will show you the new themed area of my park. It is called "Land von Damals / Land of Yesterday" and bring you in the world of medival. Also there are some vikings and maybe some other references. The second part is my new trainstation. From near and far every guests can now use the train directly to the park. Perfect for this i have use this beatiful german trainmodels made by EUMEL. Even with my favorite loco BR103. Hope you like it.

That was the first part, the second follows ....

P
Ok and here are the pics of my new train station. Next time i hope i get finish the medieval area and then i will show you an overview and a complete description about it.

P
Ok i already finished this area and now here is the promised description: The Land von Damals/Land of Yesterday bring you in the time of medieval. When you enter the area first you get in a big medieval siege. The castle where the battle is about is not only scenery, it's the big Burghotel/Castle Hotel. You can spend the night in one of 400 rooms direct in the castle. Of course you not renounce of all the comfort of the modern world, you visit one of the best equipped familyhotels. The hotel have a seperate parkentrance and next to the hotel is the trainstation, where you can get comfortable to the park. For sure there are also many parking lot. At the foot of the castle there is a medieval town called "Hermannsbrüg". On the market of the town you get every kind of food, also you can find the shows "Ritterspiele/Knight Games " and "Hängt ihn/Hang Him", you can look at blacksmith work and a station of Parkexpress and River Boats connect you with the other park areas. Over the river you get in the rear part of the area. Here you will be in the far north in the world of vikings and here dominate the big atractions. There was the duelcoaster "Dov Vukein" witch is about a fight of two dragons. Next there is the entrace of Wilde Jagd/Wild Hunt. At this atraction you must escape from the wild hunt on one of the biggest wooden coaster in the world. Between the wooden coaster there is a small atraction called "Hexen" and in the farthest corner there is the dark area of the "Zwei Türme/Two Towers" - two different freefalltower with different rideprograms. So this was the textpart, now here come some pics and a parkmap of this area.

this area looks great. Nice work on the medieval theme. The map looks great - almost has a tilt-shift feel to it

The Bavarian buildings are A++++++ (one of my favorite building styles)

Some pictures look so real. So it is very well done. Much thought put into layout, landscaping etc.

I just see i plant too much trees and random bushes. They have to be more pointed, except for my dense Dröömdaal.