In Planet Zoo, you have the opportunity to play the game in a variety of ways: similar to Planet Coaster, there will be an incredible Sandbox Mode in which you can build a unique zoo and let your imagination run wild. You will have everything at your disposal as you dig lakes and rivers, raise hills and mountains, carve paths and caves, and build with a choice of gorgeous themes and hundreds of building components. And of course, you can fill that world with the most amazing animals, such as the majestic Bengal Tiger or a cheeky family of Western Chimpanzees!

However, that's not all that Planet Zoo has to offer! Ahead of Gamescom next week, we wanted to share a bit more about our new and compelling Career Mode - which is in fact a little different than what you might be used to if you've played Planet Coaster!


In Planet Zoo's Career Mode, you will go on a trip around the world with new characters, exciting objectives, and lots of decisions that can impact the success of your zoos. There's a bunch of unique Scenarios that follow along a beautiful and adventurous story, written by Graham Goring - and as it's part of the Planet universe, there will be loads of light-hearted humour and heart-warming moments!

Each Scenario has its own unique challenges, determined by the continent you're in, the biome you're utilising, the weather, the temperature, and of course animal availability. There will be goals for you to achieve (Bronze, Silver, and Gold), which contain gameplay objectives that vary in difficulty depending on how far you've progressed through the story - there's a lot of unique objectives to get stuck in to! Each Scenario will open up with an introduction to your new surroundings by a character; in the first part of the story, you will mainly be interacting with Bernard "Bernie" Goodwin and Nancy Jones. 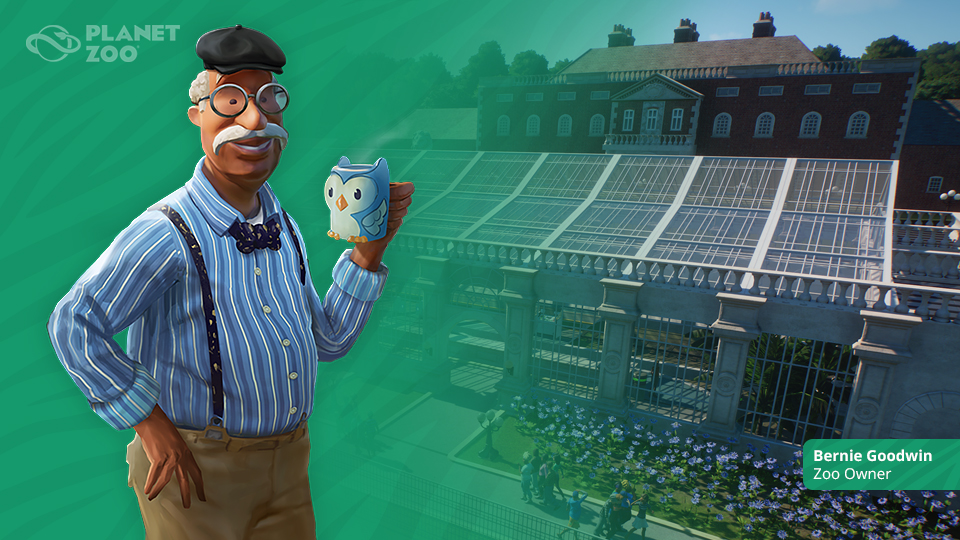 Bernard is the owner of several zoos and has made it his life's work to use them to drive positive change, saving endangered species and increasing animal welfare around the world. He is a warm and humorous character (he loves dad jokes!) who cares deeply for all people and animals alike. He sees the good in almost everyone he meets and wants to inspire others to follow in his path. Despite his age, he has the energy and zest for life of a man twenty years his junior! 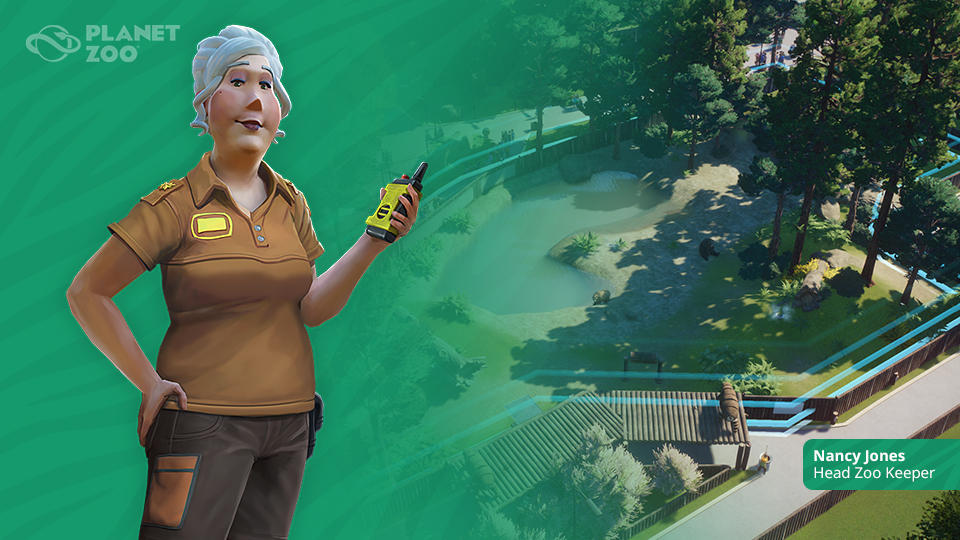 Nancy has worked with Bernie for over thirty years and is a no-nonsense woman with a dry sense of humour. Nancy's first job as a Zookeeper was actually at one of Bernie's zoos! She's gotten to where she is through hard work, common sense and passion for her job; a talent Bernard quickly recognised, leading him to promote her to Head Zookeeper - meaning she now leads the teams and expects them to have the same high standards as she does!

Of course there's more characters and much more to the story, but we don't want to spoil all the fun!


Our first few Scenarios will be focused on easing you into the game, as part of the feedback we've received from Planet Coaster was the need for more tutorials - the team have been especially focused on your initial experience, and we hope you'll like the change of pace! We've also included subtitles in Career Mode, to make the narrative available for those who are hard of hearing; it's important to us that everyone gets to enjoy this story!

For a first look at our Career Mode, be sure to tune in to our Gamescom Gameplay Demo on Tuesday 20 August at 7PM BST over on www.youtube.com/planetzoogame - we will be showing off a section of our first tutorial and introduce you to Bernie and Nancy. There will be loads more news at Gamescom, so keep your eyes peeled on our official channels and forums for all the latest news.

Thank you for another great journal. Career mode sounds fun, however can I ask if there is going to be a middle ground between career and sandbox?

I, and I think many more people like to just build my own zoo, without quests, but also to have some challenge, meaning limited resources, needing to do reasearch etc.
Really hoping planet zoo will have a mode similar to this.

I WANT THAT COFFEE MUG!!!

Oh I am so happy you have added Subtitles! I'm deaf myself and this is not something everyone does! Thank you for that <3

Looking so much forward to meet the characters and play through the career mode! I will be a nice change to alternate playing experience, rather than just playing in Sandbox!

Great stuff Bo. I can't wait to meet those two and start working with them giving all our animals a great home

This sounds really great! Also put me on the list for one of those mugs

They’re so cute! I can’t wait to play their narratives.

H
So excited for the careers mode! I know I'll be in sandbox often, who doesn't love a good Campaign/Careers mode!

F
Can we also create our own story scenario's to share with others ? And is there also a standard scenario mode ?

Y
Love this developer journal - one of my favourite so far! I was wondering if in career mode will it be possible if you can go back to the previous zoos that you’ve left and develop them further? I honestly don’t think that I could be anymore excited! x

youtube ThePlanetZooFan said:
Love this developer journal - one of my favourite so far! I was wondering if in career mode will it be possible if you can go back to the previous zoos that you’ve left and develop them further? I honestly don’t think that I could be anymore excited! x
Click to expand...

After you've obtained all the objectives you can continue to play in your zoo for as long as you like!

Bo Marit said:
After you've obtained all the objectives you can continue to play in your zoo for as long as you like!
Click to expand...

Yes!!!!!! Thank you Frontier. The new Career Mode sounds like a lot of fun.

This all sounds incredibly fun!

Additionally, multiple continents (with all the related consequences) are apparently already in the base game (in contrast to be scheduled for DLCs) - something I am very happy to learn!

I can tell Bernie and I are going to become best friends! I love the idea of a story driven career mode, it's going to be so fun!

Cannot wait for the stream.

C
Brilliant!
I know you guys got some criticism for your designs of human characters, but personally I adore them.

V
Inspiration for Bernard looks similar to the director of the Bronx Zoo from the show "The Zoo" on Animal Planet...