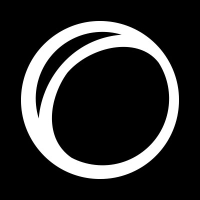 Mission fixes:
- Mining missions now request Platinum not Palladium.
- Variant massacre missions changed to use the same system generation as the main template.
- Alternate Assassination missions no longer have timelimits of 0h 0m.
- Various text fixes
- 'Standard' and Rank Massacre missions will no longer give war/military targets.
- Rank missions should no longer give other faction rank as reward.
- Altruism missions now check for total cargo space, not current free space. This allows players to take missions when carrying cargo in their bay as long as the mission requirement doesn't exceed their total cargo capacity.

Thanks Adam - Specially for this bit:

Great work everybody at Frontier! Have you been left behind Adam? Or are you logging on from L.A?
Last edited: Jun 16, 2015

Yay res points are back Adam, you win Tuesday.

Great, hopefully my Xbox One version will have finished downloading by then just in time to give the poor old DSL another hammering.

Thanks guys! keep up the amazing work!

T
No way... you guys aren't all working on XBone content and dropping us like a hot poop?

Thanks for the continued bug fixes.

good, we can start redeeming then.

Glad they are fixing the problem with network spew. I've just about run out of buckets here.

- Fixed some network spew when connecting to server
Click to expand...

Urgh!!! Hope you cleaned up after.

Love the description for this one!

Thank you Adam and Dev's for your hard work on Elite...the pace you guys do this stuff at is commendable

N
What about all the screwed up promotion missions?

Thanks for devs to keep crunching code...despite us being all moody and grumpy

More fixes on the way, yep ! Thanks so much FD

Yes. Pats on back for good work.

Normalguy said:
What about all the screwed up promotion missions?
Click to expand...

2nded, still screwed or are we already able to rank up without doing several missions for 1 navy rank?

Normalguy said:
What about all the screwed up promotion missions?
Click to expand...

We are still investigation this issue.