General / Off-Topic Rare photo of a humpback whale and a sea lion.

An animal photographer captured this unique moment when a sea lion was accidentally swallowed in the wide open mouth of a humpback whale. Chase Dekker took this photograph during a whale-watching expedition in the Pacific off Monterey Bay, California. The humpback whale, which feeds only on krill and small fish, has never closed its jaws on the imposing sea lion, which has escaped and had a big fright. 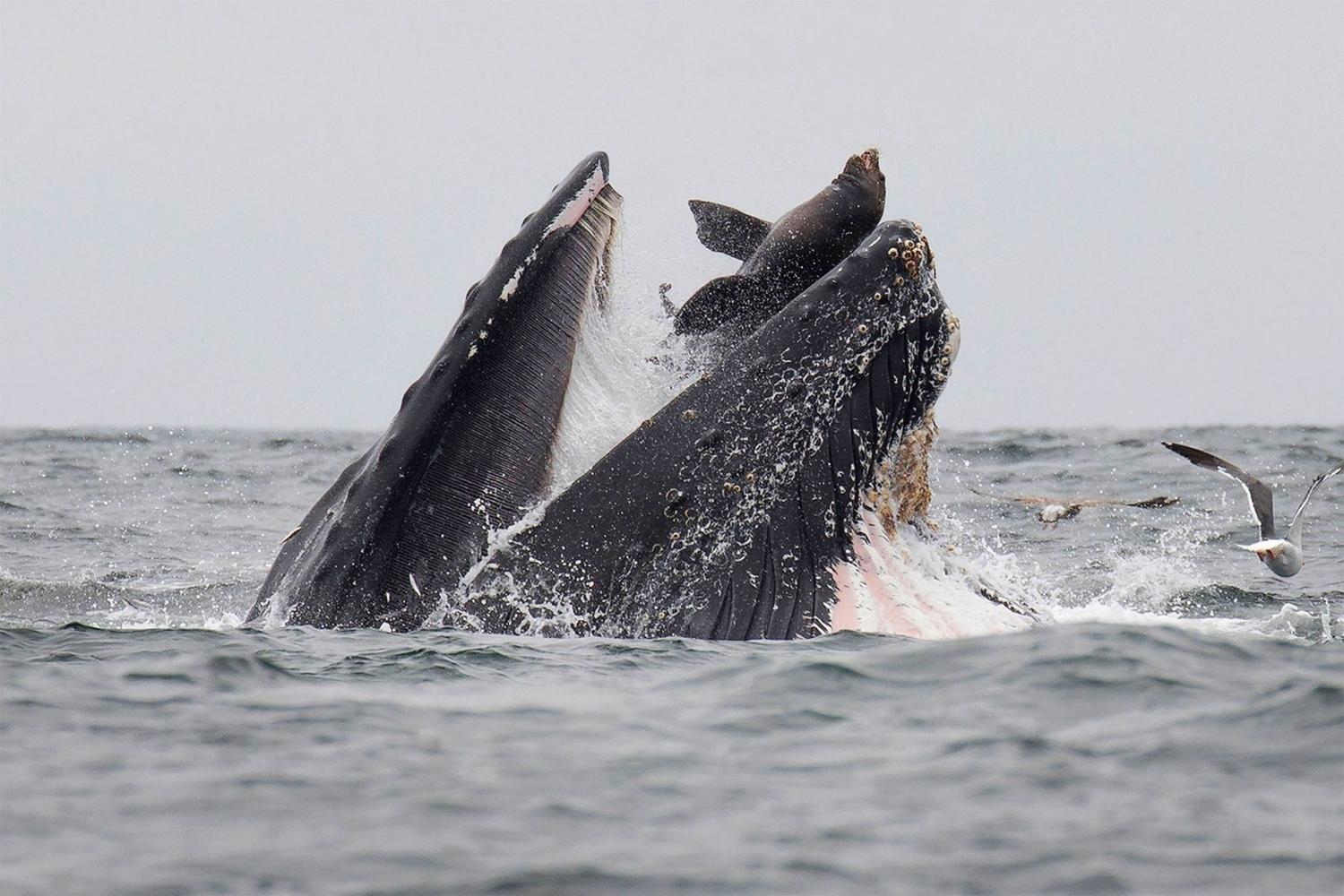