Ah, you should talk to Tim Cook about it. 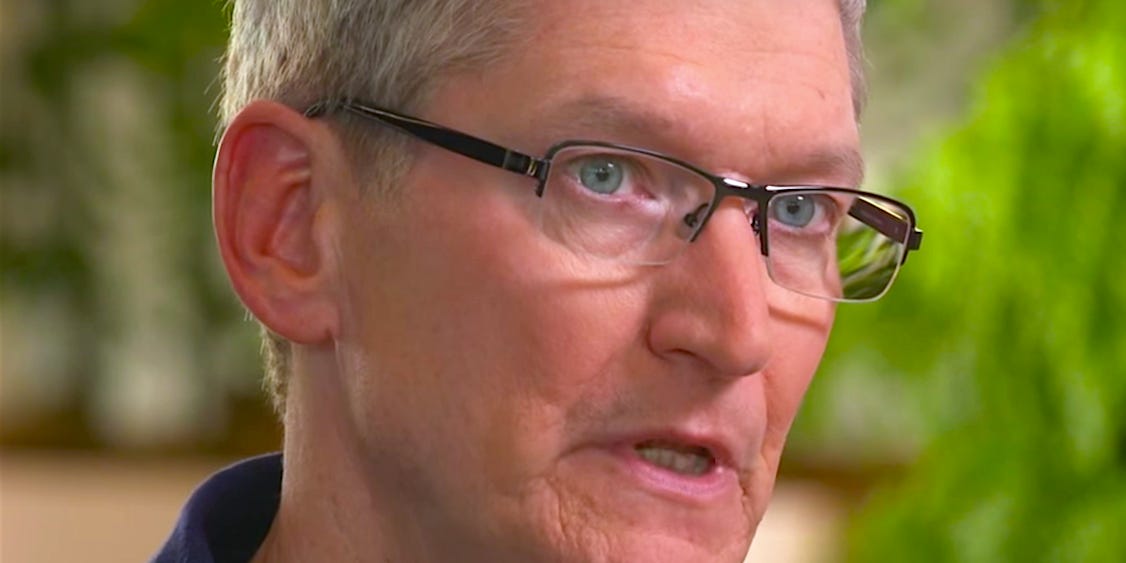 In an interview with Nikkei Asian Review on Wednesday, the Apple CEO denied that Apple had a monopoly in any sector.

jasonbarron said:
Case in point: @askavir was drawing attention to the fact that the government has what essentially amounts to an infinite supply of money because all they have to do is squeeze the populace for more, as opposed to a private sector company not enjoying the same kind of resources.
Click to expand...

In France, a lot of financial aid is granted to private companies.

And these companies do not always respect their commitments with the government.

These companies agree to receive taxpayer money (especially american companies) and then forget that they owe counterparties .

Ian Skippy said:
And with all these discussions, reality inevitably deviates from theory. Yes, in theory the private sector spends its own money and is driven by a desire to create (long-term and stable) profits. The US car industry is an excellent example of how that is not how reality works. The financial sector is another (too big to fail, thank you very much ). I've worked for government, semi-government and private sector in four different sectors (healthcare, education, IT and local IRS) and the notion that in the private sector management is more efficient because they care about not wasting 'their own money' is just laughable. That notion only exist in small (and arguably medium-sized) enterprises where management actually does has its own money on the line. The more you scale upwards the more that line is blurred, until you reach the ultimate goal where losses are socialized and profits are privatized (eg. banking). Middle management at Google had exactly the same mentality as middle management at the Ministry of Finance or the in-patient facility I worked: try to hit some abstract targets you received from upstairs, without any insight into how this connects with any long-term vision or strategy, while going through the day hoping for as little drama as possible while doing a good enough job to not get fired. That is it.

Neither corporation nor government has the innate tendency to 'do the right thing'. Instead, power simply seeks more power; money seeks more money. A government that is not powerful enough will be unable to prevent corporate corruption. A government that is too powerful will steamroll over its own people. Finding a stable balance is the challenge, and the coming decades will reveal whether we succeeded or not. Right now we seem to be... struggling.
Click to expand...

The lines are quite blured between sectors. I've worked in private, government owned private and full government (Navy) and local public sector.

Private and government owned private are the same, except for where the profit ends up. Gov. was perhaps a more demanding owner. +10% EBITA or cuts.
Local public is just about doing the best you can, with limited funds. More focus on LEAN than anywhere else I have worked.
The Navy is the Navy. Practice for war and let someone else worry about finances.

Big Corp. is bad, so is big government, unfortunately that’s the way it goes these days.

Ian Skippy said:
Good thing then that, unlike you, I actually have experience both in private and (semi-) government across multiple sectors in multiple countries. If you think I had to work harder or be less wasteful at Google than academia you're mistaken. If you think academia has 'infinite money' they can 'squeeze from the populace' at will you only show you know little about that either.
Click to expand...

Tech giants and baking make up to less than 0.1% of the private sector. The overwhelming majority are small and medium businesses, who not want to be efficient, they absolutely need it to stay ahead.

The state can literally squeeze more bucks from the populace at will to cover losses and waste, in fact it happens nearly every year down here in the beachy rectangle I live in, most in government don't give a poopoo if the money is well spent or not, it's always "someone else's" money anyway, and it's not like the state ever risks closing shop and people losing their jobs, while the private sector (even the 0.1 percenters of the private sector you mentioned) still have to satisfy their costumers to be able to turn a profit to keep money coming in.

lysan said:
Big Corp. is bad, so is big government, unfortunately that’s the way it goes these days.
Click to expand...

Everything with too much power is bad, power is a far too dangerous thing to be entrusted to people.

Patrick_68000 said:
In France, a lot of financial aid is granted to private companies.

And these companies do not always respect their commitments with the government.

These companies agree to receive taxpayer money (especially american companies) and then forget that they owe counterparties .
Click to expand...

It should not. Taxpayers money should never be used to finance or rescue the private sector, unless it is providing a service for the state, but in that case its not really "financing", its "paying" for a service. This is actually a form of the waste of money I complain about in the state.

Thread closed due to shift of topic to politics / business.