The Rockforth Corporation’s EX7 fertiliser has been linked to the blight affecting crops in a number of systems, prompting an initiative to remove the product from the market.​
Dr Genevieve Kane of the Interstellar Association for Agriculture delivered an urgent message:​

Comparative analysis has confirmed that the blight is caused by the EX7 fertiliser. The original poor harvests have been attributed to natural factors, and it is now thought that the situation could have been contained had the fertiliser not exacerbated the problem.
Initial food shortages were offset by a recent trade appeal in the Diso and Orerve systems, but the blight’s symptoms have since been reported in hundreds of systems. While we investigate the reasons for this rapid spread, preventing further fertiliser distribution is vital.
Click to expand...

Rockforth fertiliser can now be collected at negligible cost from the following markets:  ​
The Teveri Progressive Party has arranged for the safe disposal of the fertiliser and has offered to compensate pilots for their efforts. The fertiliser should be delivered to Wiley Port in the Teveri system.​
To expedite this initiative, Lakon Spaceways has agreed to lower the cost of the Type-6 Transporter, Type-7 Transporter and Type-9 Heavy. Cargo rack prices have also been reduced in all starports.​
​
The initiative is scheduled to run from the 16th to the 22nd of October 3305. If the final target is met earlier than planned, the campaign will end immediately.​
​
To earn rewards you must sign up as an active participant before delivering Rockforth Fertiliser to Wiley Port in the Teveri system.​
Be aware that faction-state changes and other disruptive events can negatively impact markets and station services, and could prevent the initiative from running smoothly.​
​
Notes:
- Part of the current Interstellar Initiative - The Scourge
- Station services: Commodities Market, Black Market, Shipyard, Outfitting, Repair, Restock, Refuel, Materials Trader (Manufactured)
- Rockforth Fertiliser price at Wiley Port: 400 Cr/T

B
I had hoped it wasn't the EX7. It was too obvious.

Hmm, could be quite an investment. Any idea about the reduced price?

P
So...I’m at Shifnalport, Diso. Where do you pick up the gear? Cheers

S
I'm at Shifnalport, Diso, no sign of Rockforth fertiliser
none at lave station
dont know about Warinus, Lave since my docking computer just crashed my T9 into the cage around the letter box
Last edited: Oct 16, 2019

No Fertiliser in Lave either...

Northpin said:
Hmm, could be quite an investment. Any idea about the reduced price?
Click to expand...

And will other discounts stack!

P
Thanks. Looks like Diso is a bust at present. Just picked up some from Orerve.

Profits are looking ... quite high 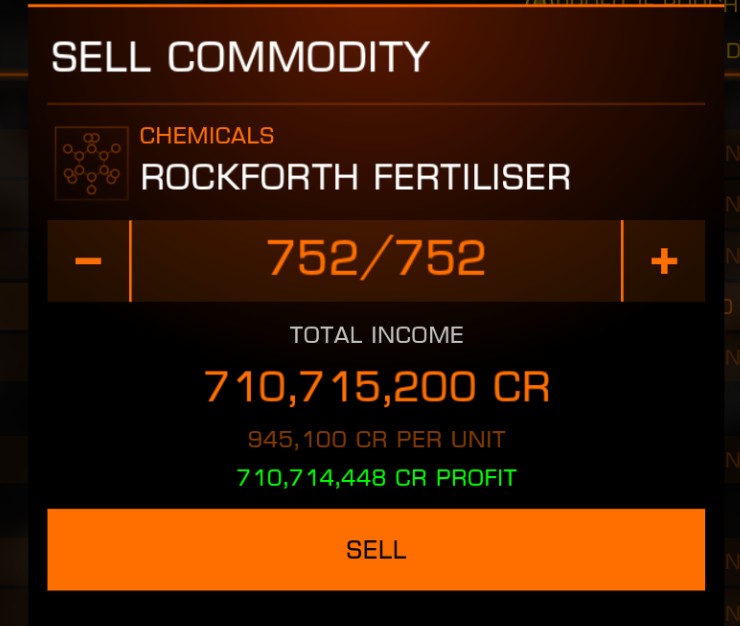 insert "It's a TRAP" meme

woof. I doubt that will hold until I get off of work today...