I'm posting this in case its a known issues I am just not up to date on, in case it's something other commanders have experience of, or which there is a way of avoiding it.

I am playing Horizons on a HP laptop, running the latest version of Windows 10 with 8GB RAM / Core i7 CPU / Nvidia GTX 1050 GPU.

A few times over the past couple of months I have logged into the game only to find that my progress from the previous session has not been saved. This means that missions I have completed are now listed as "Failed", and it affects my credit balance, my standing with Factions and various Powers, and my enjoyment of the game.

I attach a couple of screenshots below to illustrate. A couple of days ago, I flew to system Ngalia from HIP 13875, and then completed a series of missions between Ngalia and the nearby system Yuracani, for over an hour of game time. Today, my session log omits everything after HIP 13875, and instead of being docked at a starport in Yuracani, I find I am somehow floating in space outside a starport in Ngalia, with a load of fines for incomplete missions. This has happened one two previous occasions since September.

Why might this be happening? I am always careful to exit the game correctly. I only ever hard-crash out of the game when the keyboard stops working (a bug which I see FDev is aiming to tackle in a forthcoming update), but that has not happened on any of the occasions where I find my progress has not been saved.

I'd be much obliged to read your suggestions / fixes.

ConiMonkey said:
...
Why might this be happening? I am always careful to exit the game correctly. I only ever hard-crash out of the game when the keyboard stops working (a bug which I see FDev is aiming to tackle in a forthcoming update), but that has not happened on any of the occasions where I find my progress has not been saved.
...
Click to expand...

Since your mission data and status is stored on FDs (ok, actually the Amazon servers FD is using) servers (amongst other reasons, it would be too easy to manipulate otherwise), there could be multiple reasons for that:

If you say "session log" - is that the log that's supposed to be somewhere in-game? Those are server based. If you play on PC, maybe install EDDiscovery and have a go at your local logfiles. These won't count as proof against support if you want at least the money from those missions reinstated (but support are nice people, if you file a ticket, you have a good chance in any case), but if these logs differ from the session log/your observations, then that would be a good starting point to file a ticket with support. They will probably have you set up extended network logging so the next time stuff like that happens, you'll have it in these logs.

Regarding the posting of images: it's usually easier to upload the to an image hoster (imgur usually works well) and just link them here.

Screen shots
Screen shots uploaded from PC have to be UNDER 1MB, Hosting sites will do this via conversion to JPEG and size reduction for you... if uploading direct on PC you have to do the size reduction your self

Not to be rude but, you weren't on the beta server were you?

I would contact support.
As far as I know it's impossible to finish mission, do another one, jump to another system, exit game and then find that game did not register all those things.
Your progress is saved - sent to external servers - quite often. Sometimes every few seconds. You certainly wouldn't be able to finish mission without your client sending that info to FD servers. If that wouldn't be possible, you would not be able to continue playing - once in a while we see a lot of connection errors and disconnects from the game, when FD servers fail us.

o7 Commander
This is not the solution to your problem, just a tool to verify if you indeed saved the session and missions.
Download a tool called EDDiscovery, This tool beside updating all your support websites (DDDB, INARA EDSM) will read the client memory and tell you all the actions performed. In my opinion this tool is a must if you like Elite and you want to dive a little bit more deeply into it. 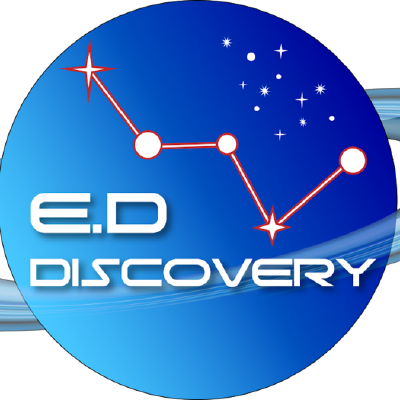 Captains log and 3d star map for Elite Dangerous. Contribute to EDDiscovery/EDDiscovery development by creating an account on GitHub.

J
Children? can cause these kind of symtoms bless em.

EDDiscovery is really good you can run in the background as you play and see the events being logged in realtime.

Sorry to hear that you're seeing some inconsistencies between your play sessions! As mentioned, mission data is stored server side, so providing you were able to successfully hand a mission in and claim your rewards, you shouldn't see them reverting to a failed state.

One thing that may not be obvious is that missions where the criteria is met (10/10 ships destroyed for ex.) aren't considered complete until you've handed in the mission.

If you come across another instance where you are playing on the live servers and you hand a mission in and then log back in to find yourself elsewhere, please get in touch with us via: https://support.frontier.co.uk/kb/ and we'll be happy to take a look for you.

Hi everyone, sorry for being so late with coming back to you all. Thanks for all your responses, very much appreciated.

I have been careful to hand in the missions, which is how I first noticed the problem - logging in and finding "mission failed" for missions I had completed and collected rewards for the session before.

Anyway, I'll start using EDDiscovery from now on. Thanks also for the tips on uploading images.

Thank you Support Vulcan for commenting also, I'll use the link again next time I have a problem.

K
Haven't had one response

I think this thread was resolved and as such wouldn't be monitored closely, so apologies that I didn't see your message sooner.

If you do still need assistance, please do open a new ticket and we'll get back to you as soon as we possibly can.

@Support Vulcan I remember him mentioning his issue the other day in a post. Felt bad for him because it sounded pretty miserable. Hopefully his new ticket will do the trick, but for more context here's a link to a post he made the other day with a question about his problem.

So this is what frontier said and all they said I'm trying to figure out how to go about it I've made the new account but do I link old account or create a new account with same email Please load up Elite Dangerous on another gamertag on your console. Create a new CMDR using your existing...

I sometimes lose a jump worth of game time, but no more than that.

Attack Chimp said:
I sometimes lose a jump worth of game time, but no more than that.
Click to expand...

Dust off your router from time to time...

Bigmaec said:
Dust off your router from time to time...
Click to expand...

I should stop smoking in the studio.

I think this thread was resolved and as such wouldn't be monitored closely, so apologies that I didn't see your message sooner.

If you do still need assistance, please do open a new ticket and we'll get back to you as soon as we possibly can.

@ cmdr Vulcan thnx for the help so seems I am able to log in to elite on original account after last nights maintenance and was curious the save data between the 2 cmdrs are different so was curious if my progress I've done in the new account stays on new account and do I have to start from old save point either makes no difference am just curious
You must log in or register to reply here.
Share:
Facebook Twitter Reddit WhatsApp Email Link
Top Bottom