It has been a while since I went on an exploration. My last one was nine months in 3303-3304 on roundabout trip to the roof of the galaxy and the Eock Gree sector. At that time it was a fairly big open spot on the EDDiscovery map, so I saw an opportunity. Jackie, Chiggy and Allitnil did!

And that may well have been what put me on yet another lonely, repetitive trip: Being First.
The Systems Visited counter, the various tools outside the game that keep track of my progress. My name on stars and planets in the faint hope someone else sees it someday. Vanity.

After that, I had the feeling of having seen it all - despite all its variety. I had I stuck with it four four years. I returned to World of Warcraft, reinvigorated contact with old pals there, had a lot of fun!

But Distant Worlds 2 was looming in a long un-defined future distance. Something itched. I might upgrade my gear in WoW, looking cool until the next expansion. But I could also tag stars. No expansion of those; there are already more than we can ever visit. Nah, done it, seen it, been there.

However, there are a lot of people coming. And which systems did I like the most? Those with only a few tags, by different Commanders, adding my own to the next object on the system map.
Being a clumsy lander of ships, I prefer the small manoeuvrable ones. Which is the smallest that can still take a passenger for multi-crew? So I can show the galaxy from another place to my pals in the bubble and elsewhere?
And we're bringing ten thousand friends. This will not be a lonely journey of increasing score counters, but a party trip! Plenty of unexplored stars and planets to go around and map up close.

And so I got into it again. Outfitting, engineering, test flying. Felt good. Fairly long after the opening of the Google sheet I signed up. They even reserved my old number! Ah sweet vanity...
I learned the new discovery mechanics and now everything is set, eagerly awaiting tonight's launch!

But do I still understand what I'm about to do?
The shortest way to Beagle Point and back, at my jump range and pace, will take me some eighty hours. I have a recollection of repeatedly telling myself "Enough of this! You've spent enough time doing this!". Maybe I'm romanticising history, since now I'm thinking "You've done BP on shorter jump range ships than you bring now! And it's not that far, look how far you've gone already!". This may be compression of memory. Maybe I am underestimating the journey, even though I've got over 20,000 systems under my belt.

So I must warn again: it is really really repetitive. It strains my patience. Only by virtue of its mindless repetition does it have a relaxing quality bringing me to do it.
Until the next binary drop or white dwarf tail drop has me scrambling for the heat sink button and cursing my silly habit.

So many systems on the way to Sagittarius A* have already been tagged, the tag to jump ratio will be lower than I remember.
The tether may not break as easily as other times, because of the group isolating us from lonely deep space. Longer jump ranges nowadays will make the galaxy seem smaller. And even stations spread out in the Milky Way. Maybe the release from this need to return will only come as far as the Abyss gap, when looking back the Milky Way is already getting smaller, and ahead is mostly darkness. The point where the disconnection from Other People comes, is liberating. When this disconnect comes, give in to it. But also daunting. Half of the people signed up for Distant Worlds in 3302, didn't make it. I don't know where they turned back, but I suspect the point where it happened was closer to home than it will be this time.

This is Elite, a long grind to the highest rank. Don't waste your time doing something that bores or annoys you. Sunk Cost Fallacy and all. This is Fun Time, not work. Just look at us. Views not seen by anyone before. 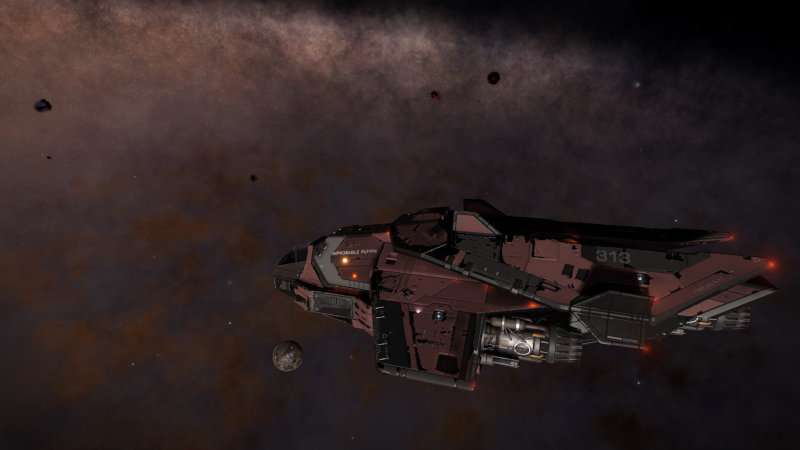 And it is Dangerous, suddenly jumping you when you get complacent. Some will run out of fuel, some will crash when landing at stop-overs, a fair number will brush too close to stars, some will race their SRV to bits, some will accidentally ram others, some will miscount their jumponium, some will literally get lost.
That won't stop from you collecting more of us. 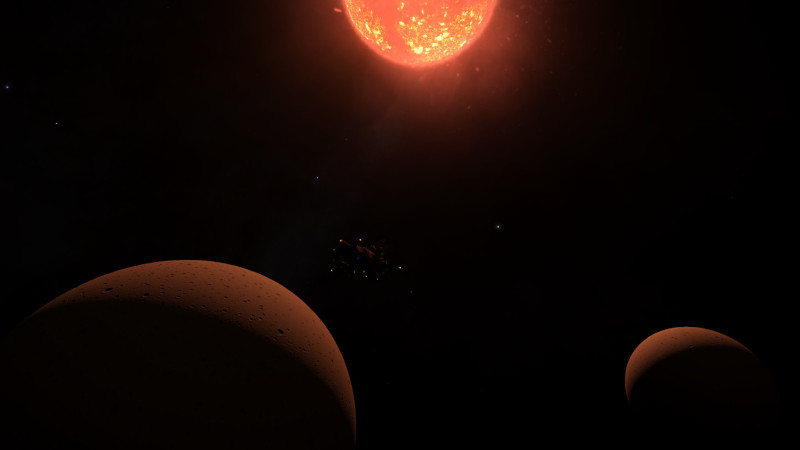 It's madness, but I feel the Pull again.