My first time discovering this post, so a couple of these are a bit old, but my all time favorites I've taken on my journeys. 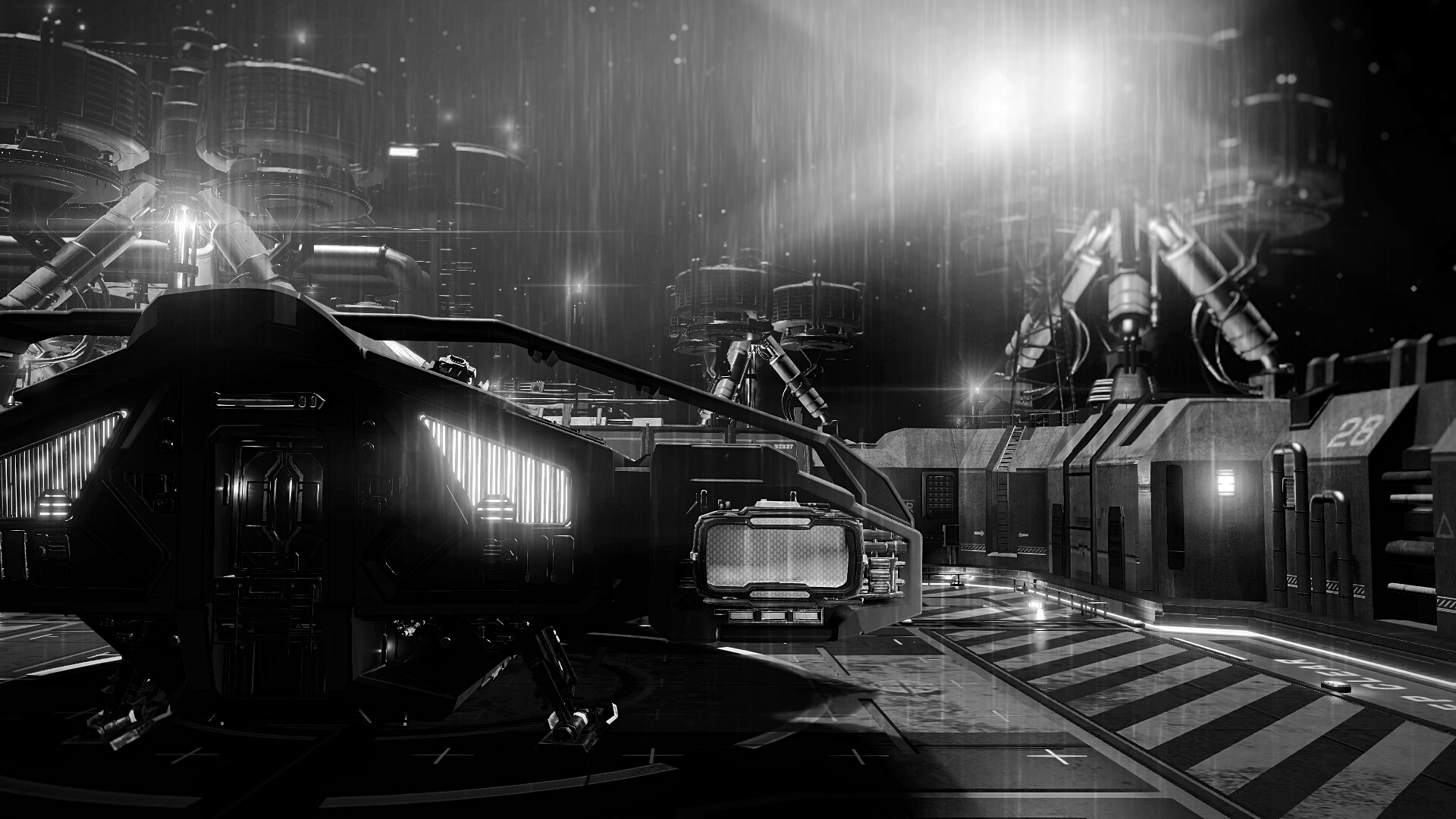 A 'face' in the cloud structure of a gas giant. 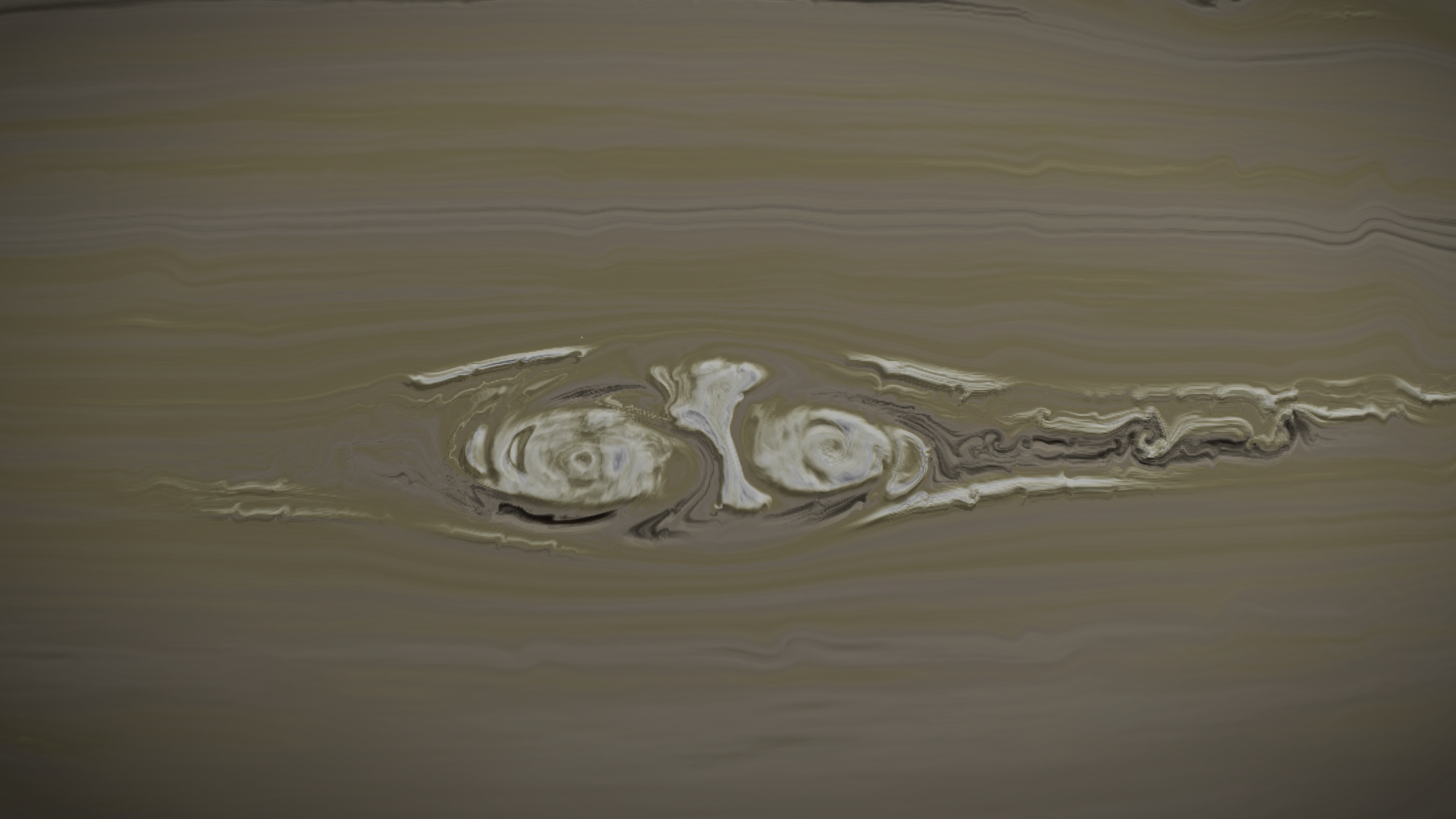 Thefatgerbil said:
My first time discovering this post, so a couple of these are a bit old, but my all time favorites I've taken on my journeys.

Nice series. Do not hesitate to come more often here.

F
Carrier Entrance, nearly got smacked by a fellow commanders carrier since they were like "We jumped!" and I dropped in about 10 seconds before it came out going "Where are you?" Then this. 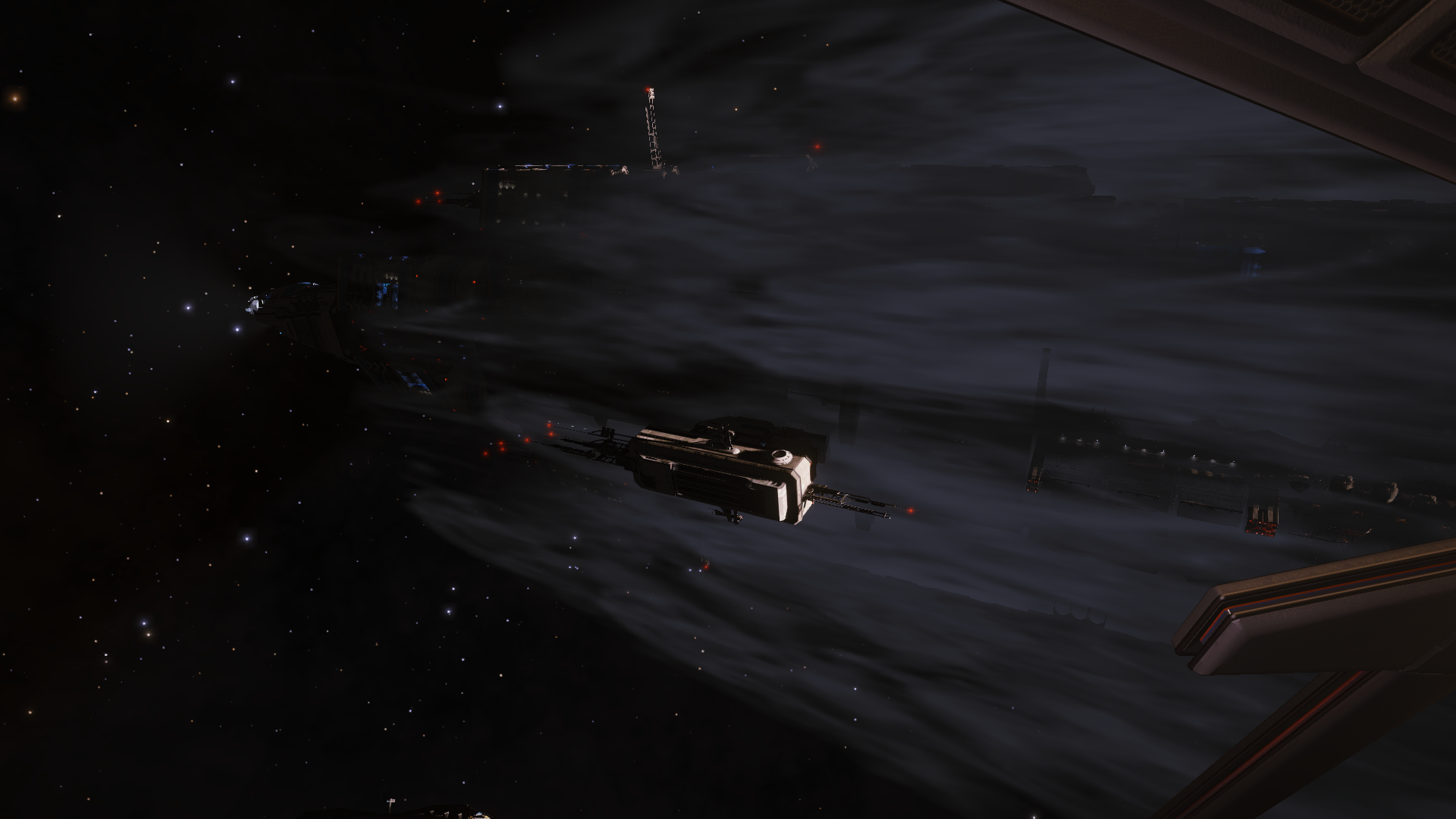 This shot is from around when I first started playing Elite in early 2017, right after Horizons got released and the stupidly engineered AI were still around (I still have an FSD from that time). 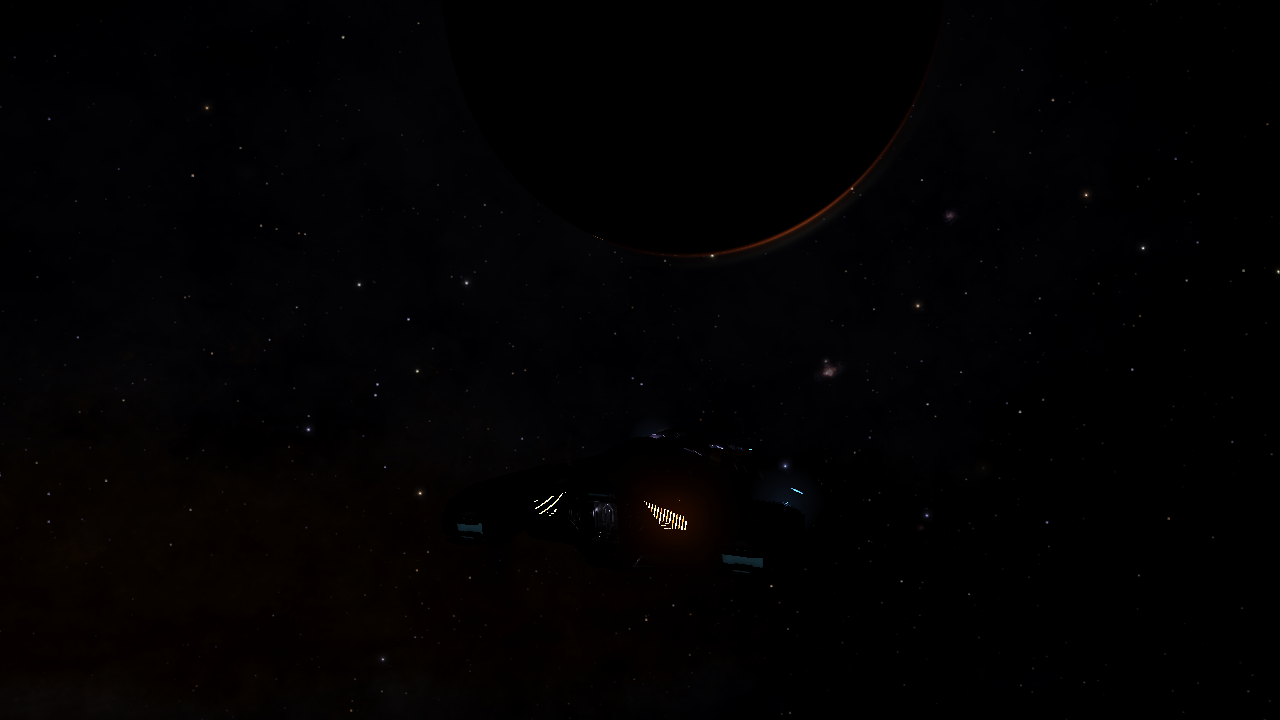 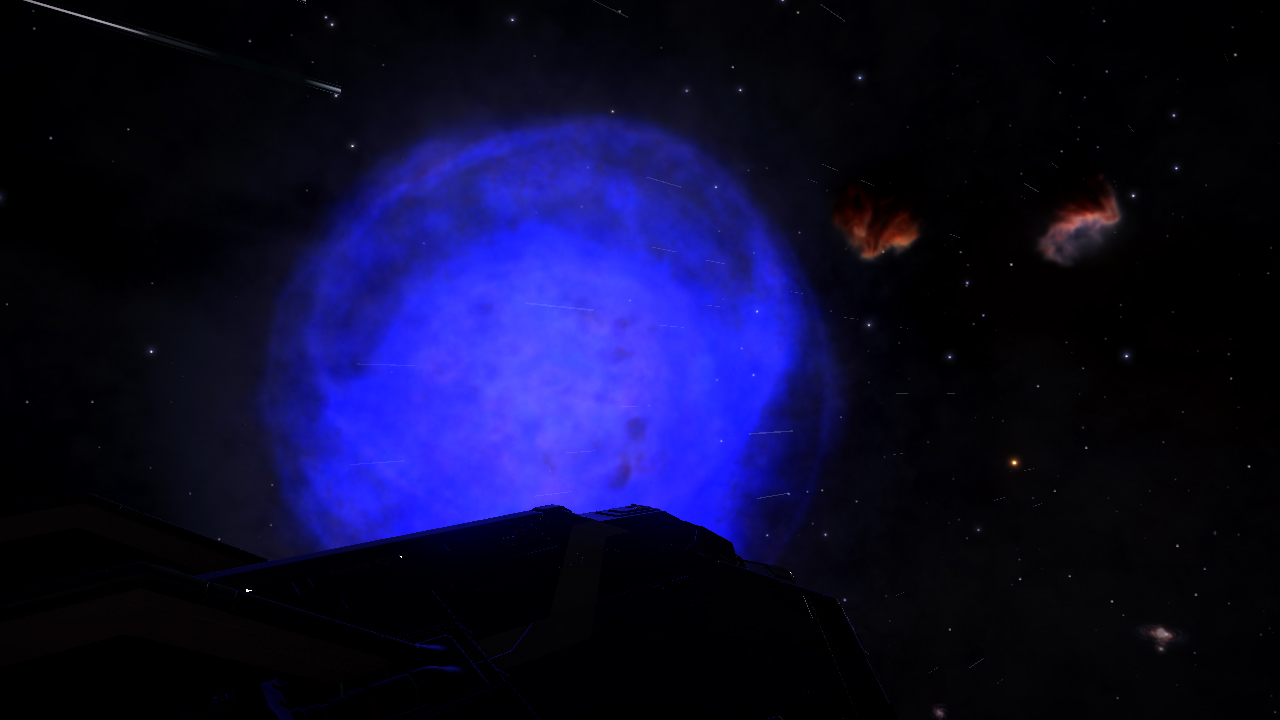 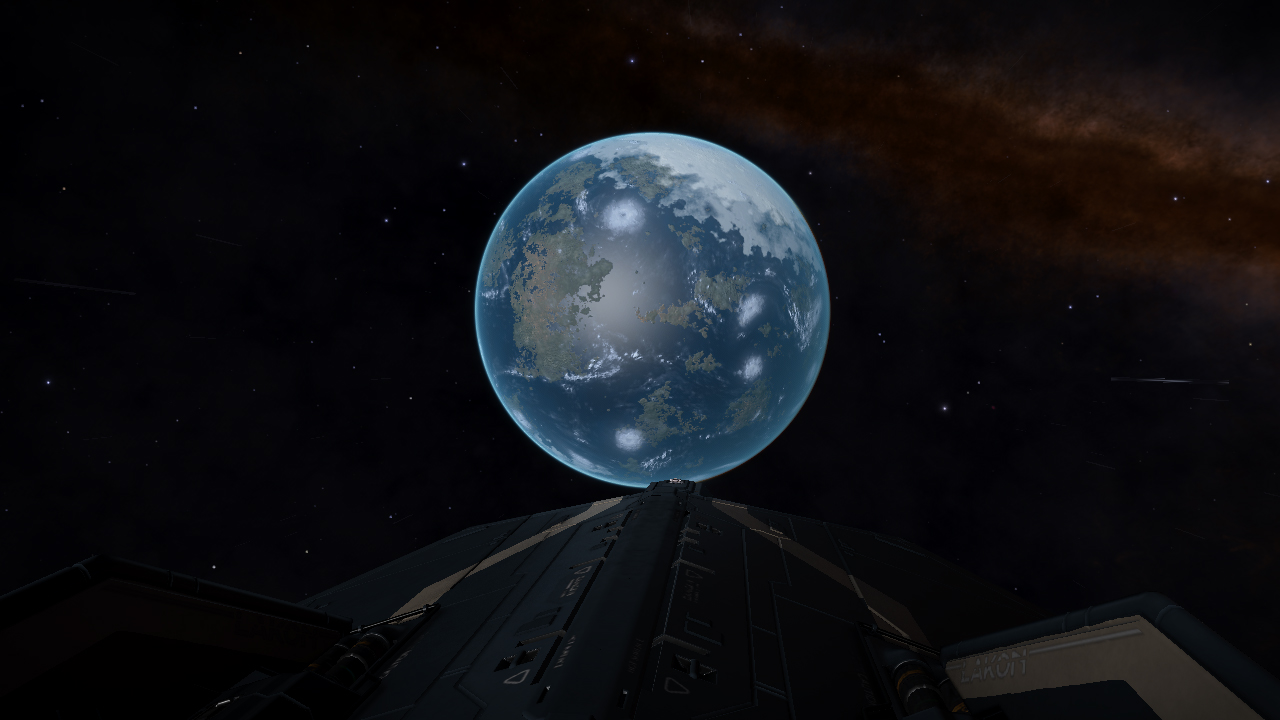 Not sure if these are the same planet or not, they might be but, there are moons all throughout the inner part of the rings, so you can actually be on the edge of the ring and fly to one of the moons 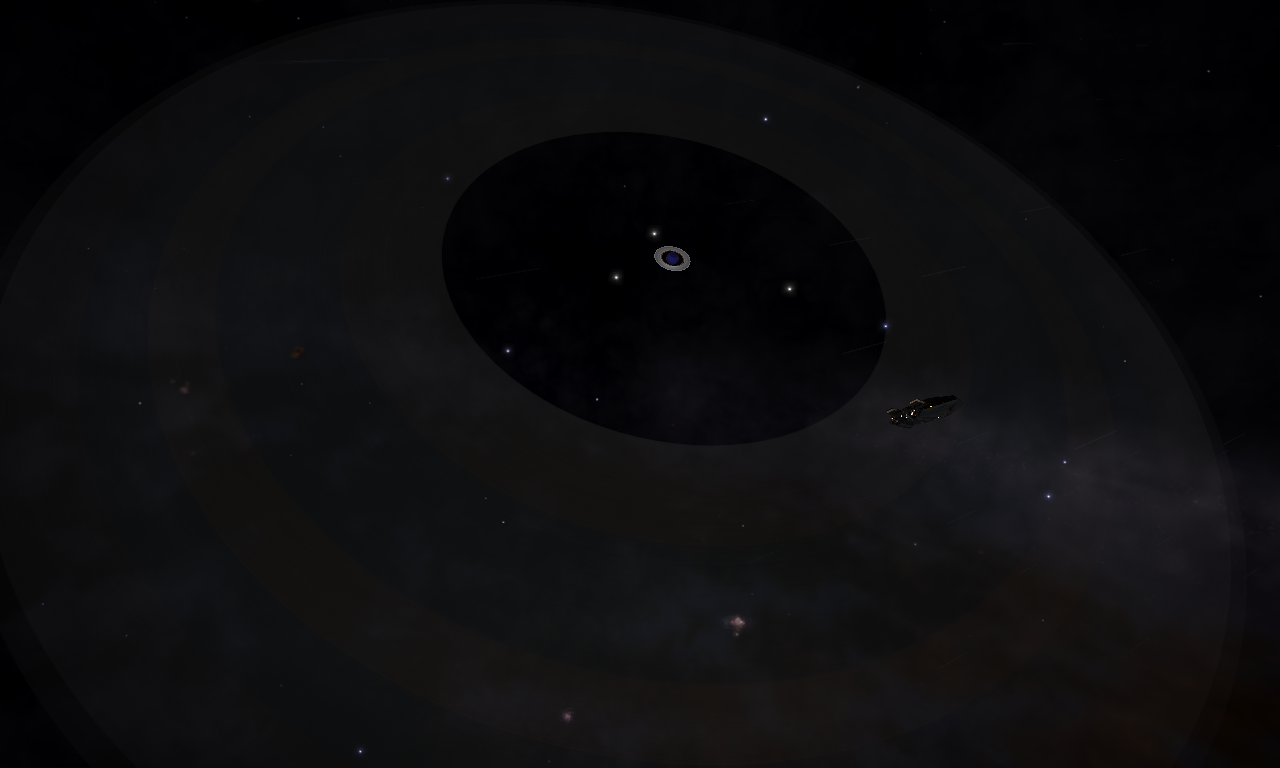 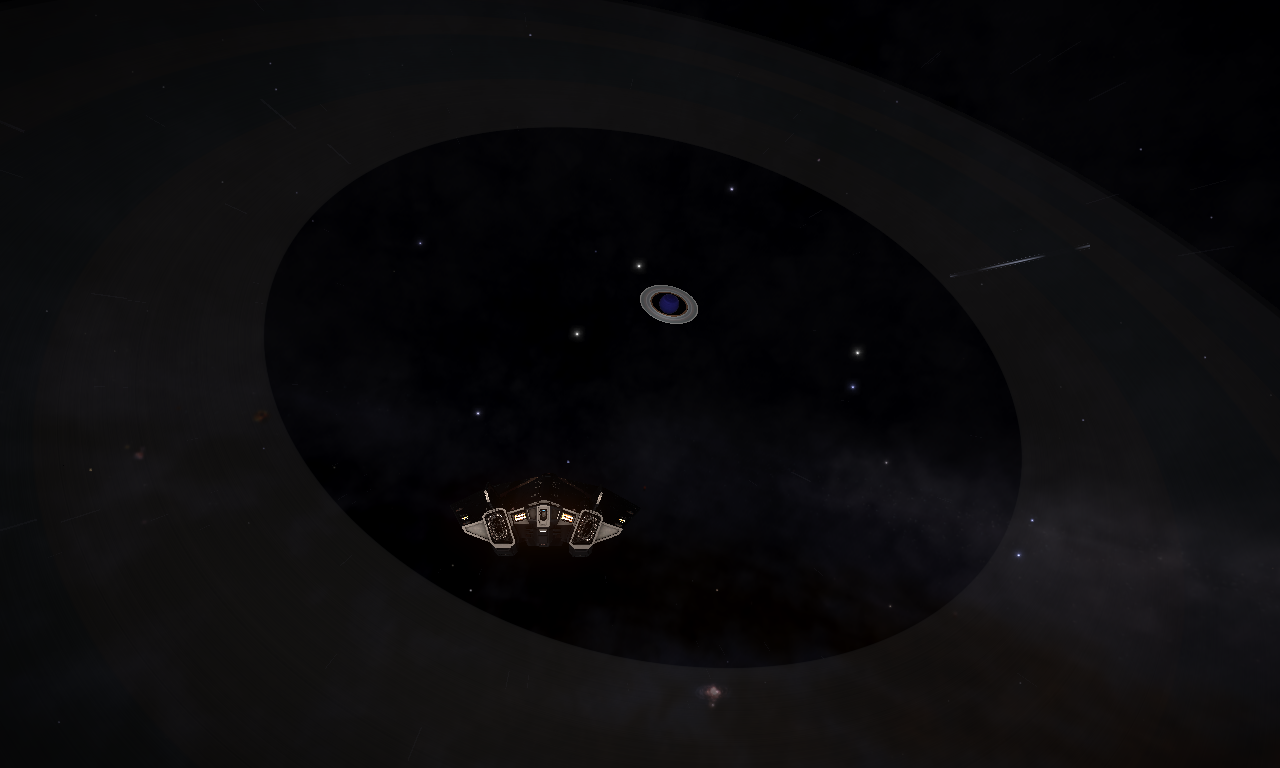 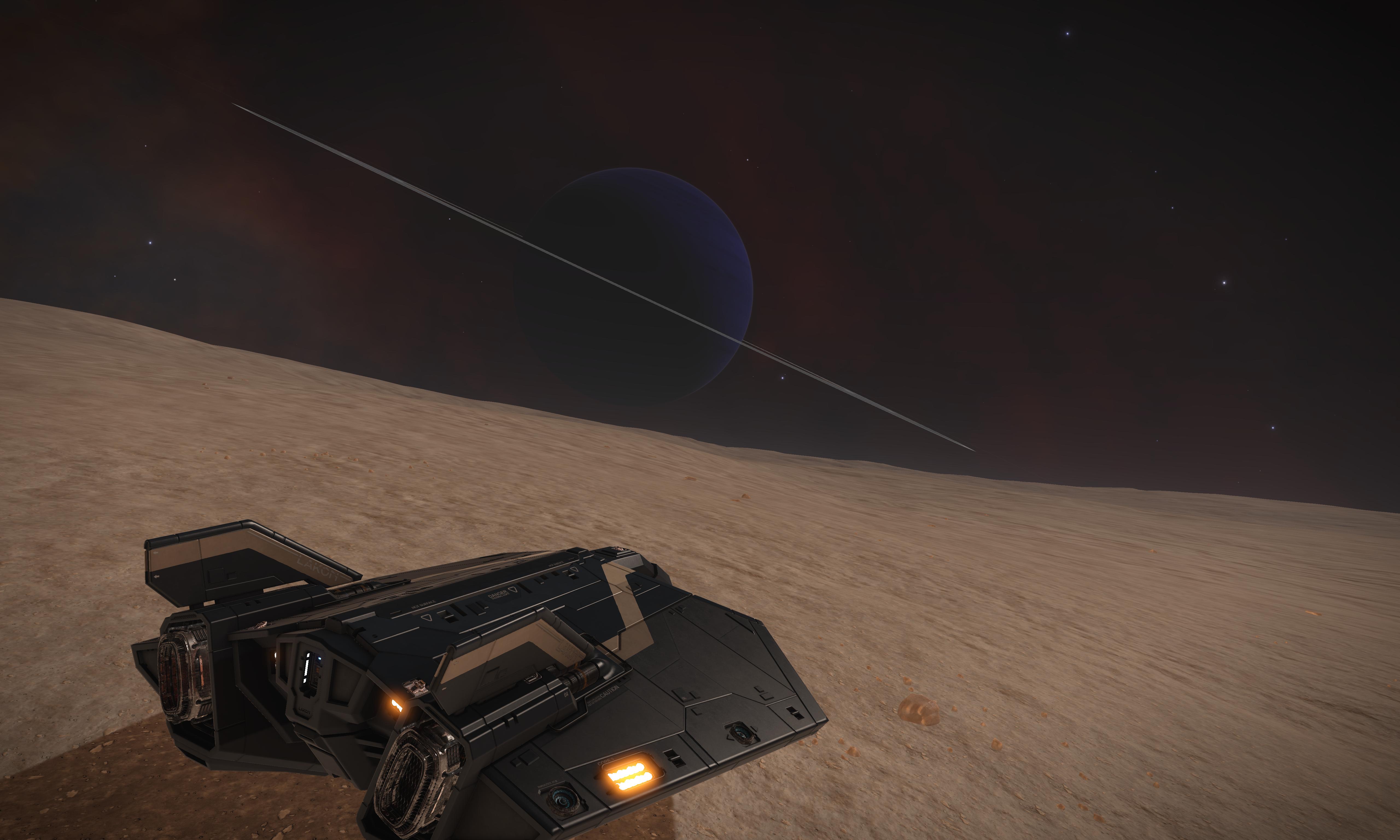 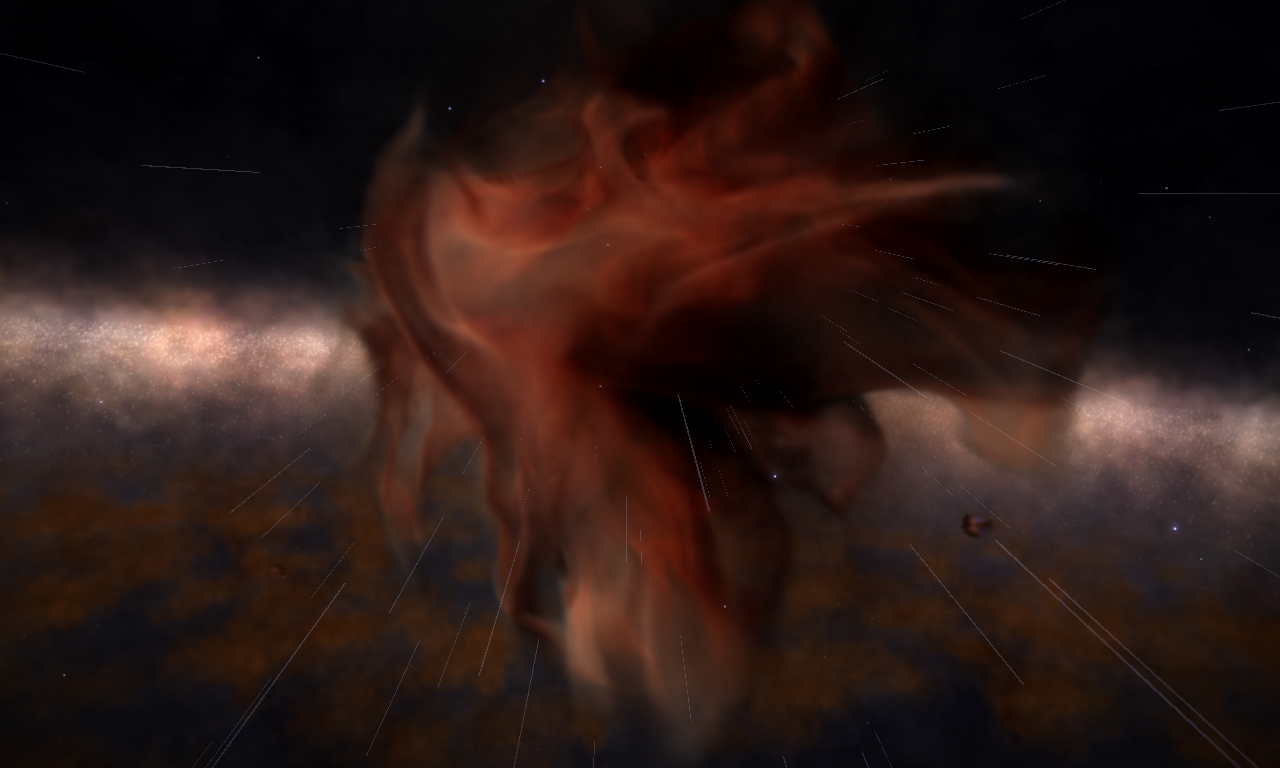 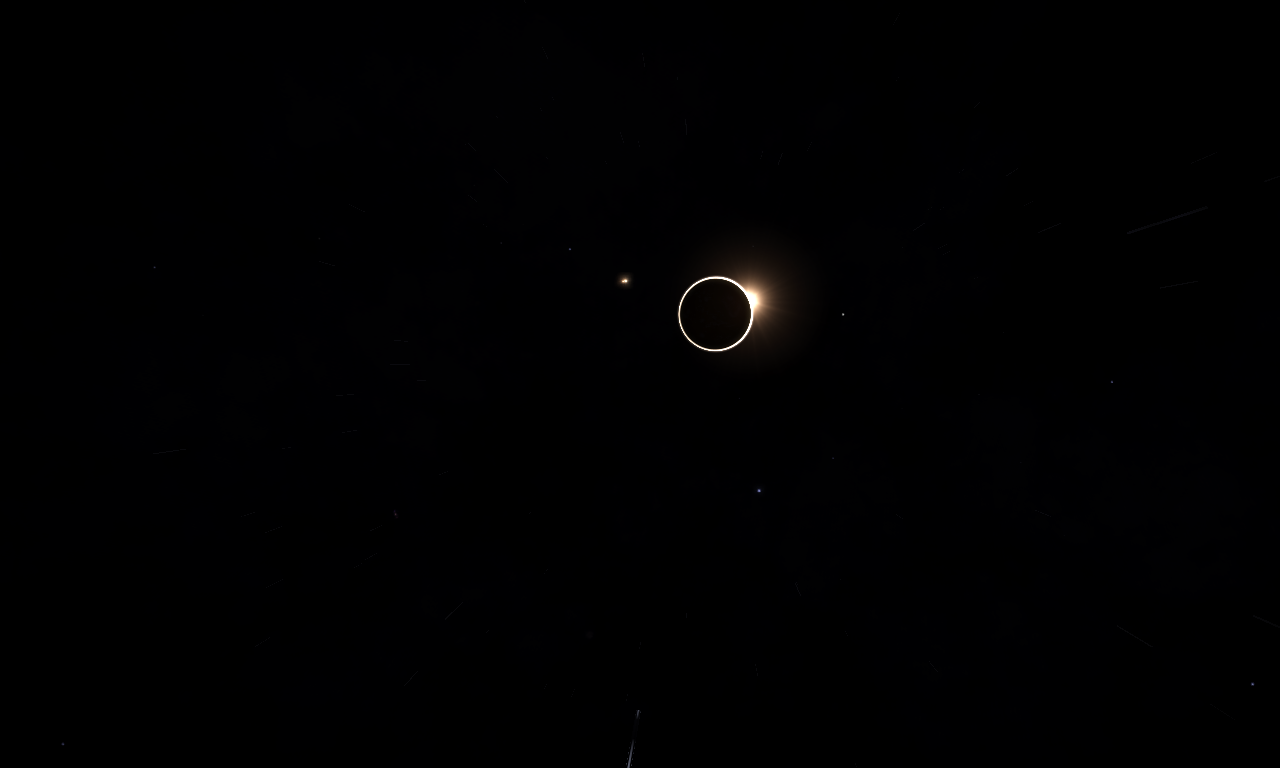 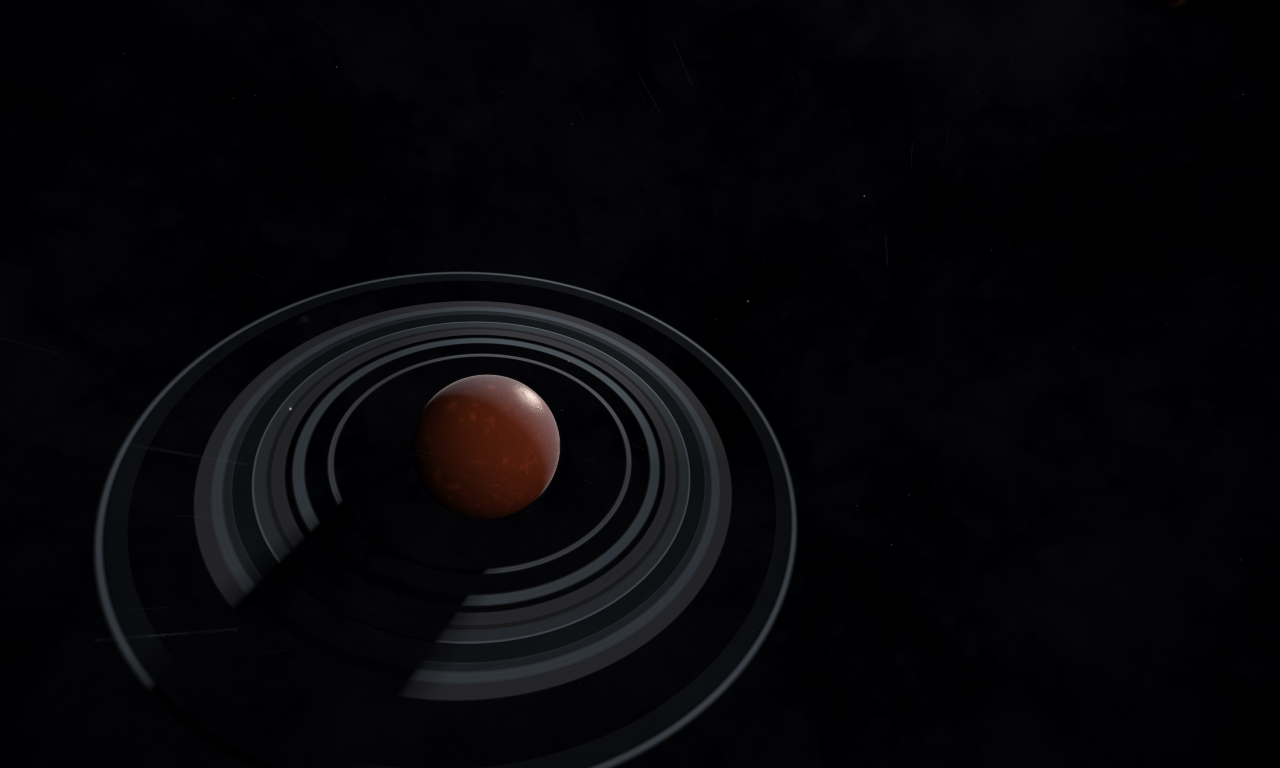 All of these are from my old system, with the exception of the first one, I have more on then whenever I do get it back since it's in the US currently. But I'll be uploading my newer ones once I get them all coverted to jpg for upload.

"Captain Cain, you DO realize the engine of this fleet carrier cannot be supercharged in the jet cone of a Neutron Star, right? Mrs. Cain?" 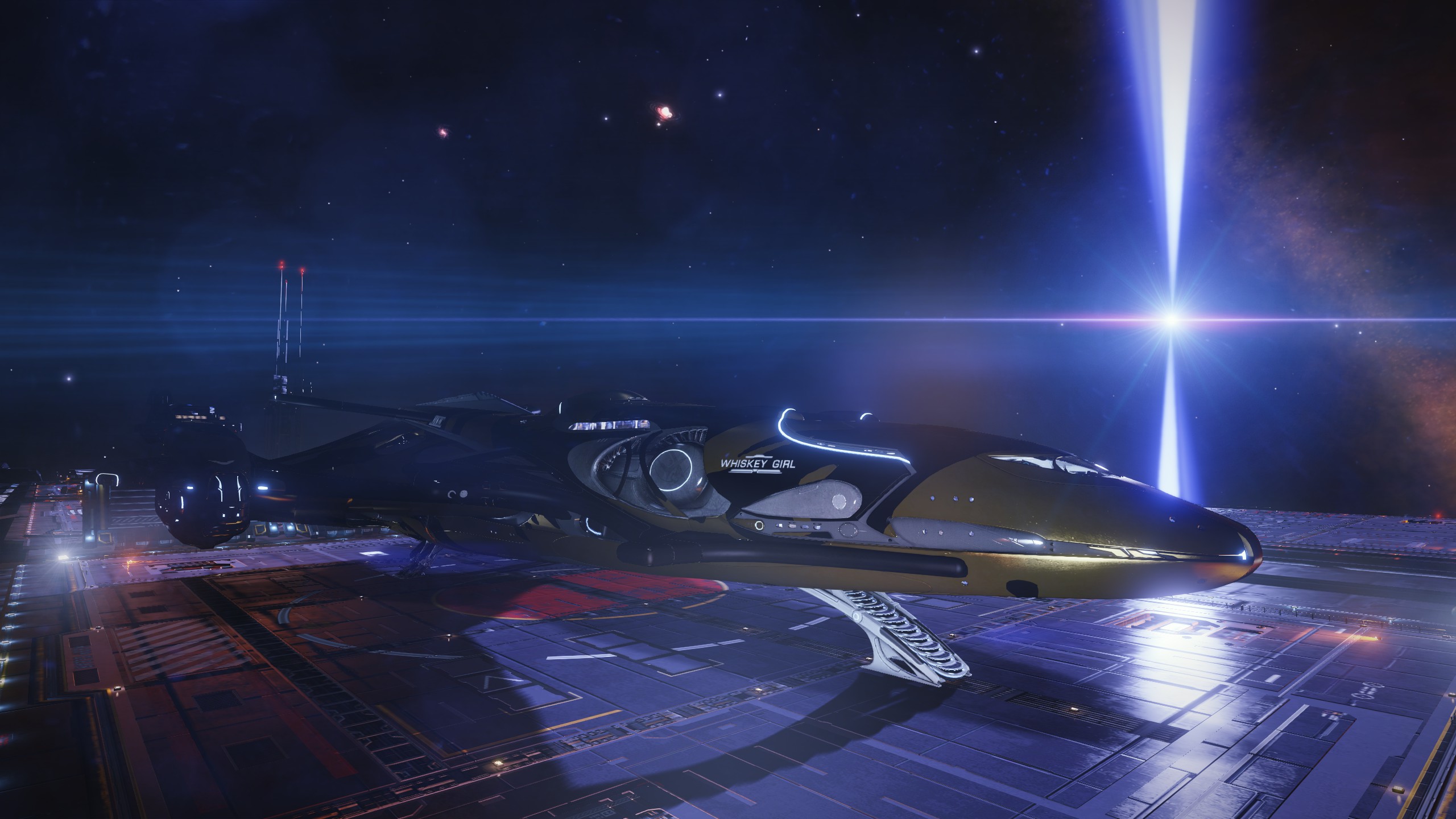 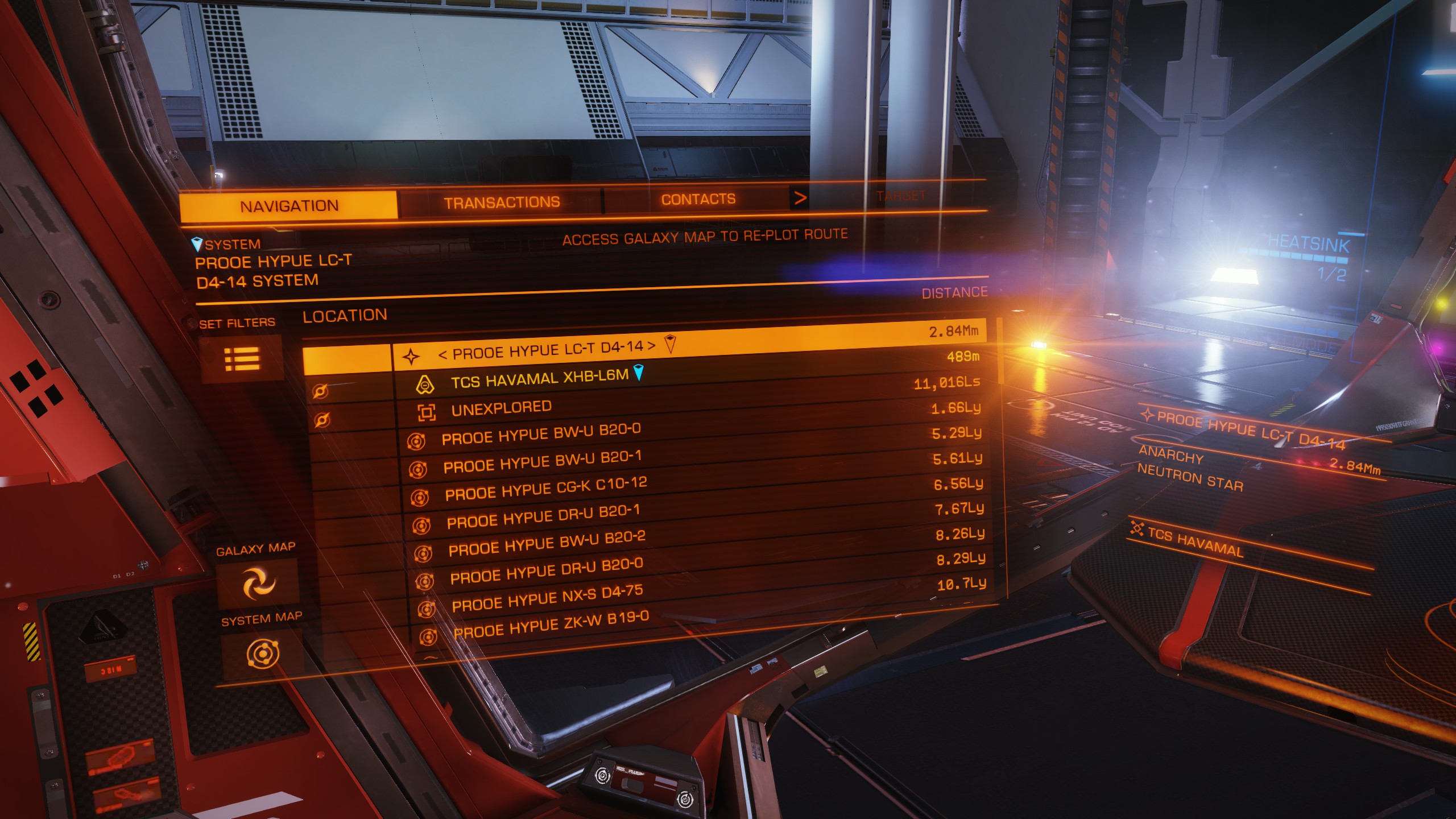 Looking out for the Bat Signal 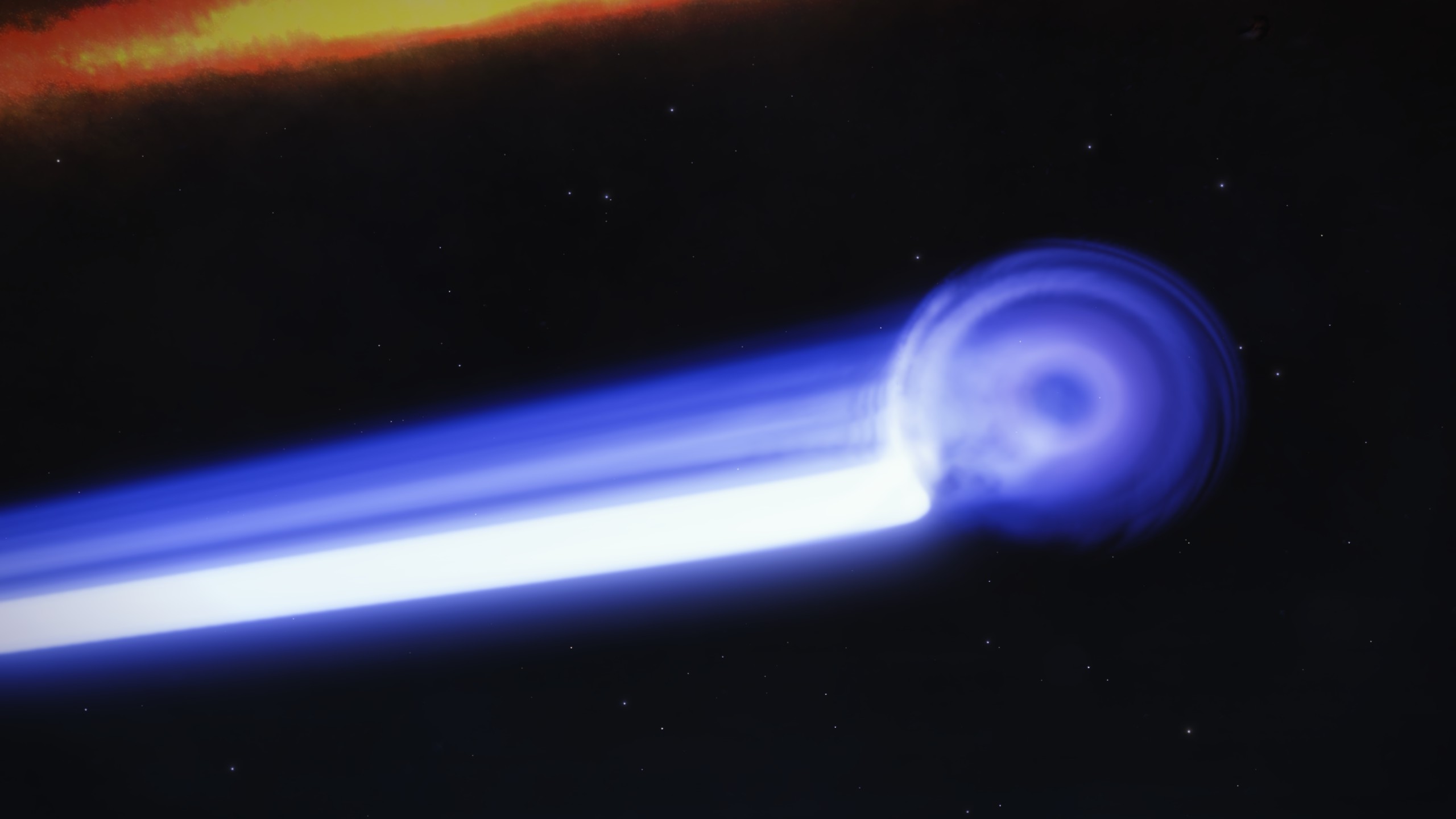 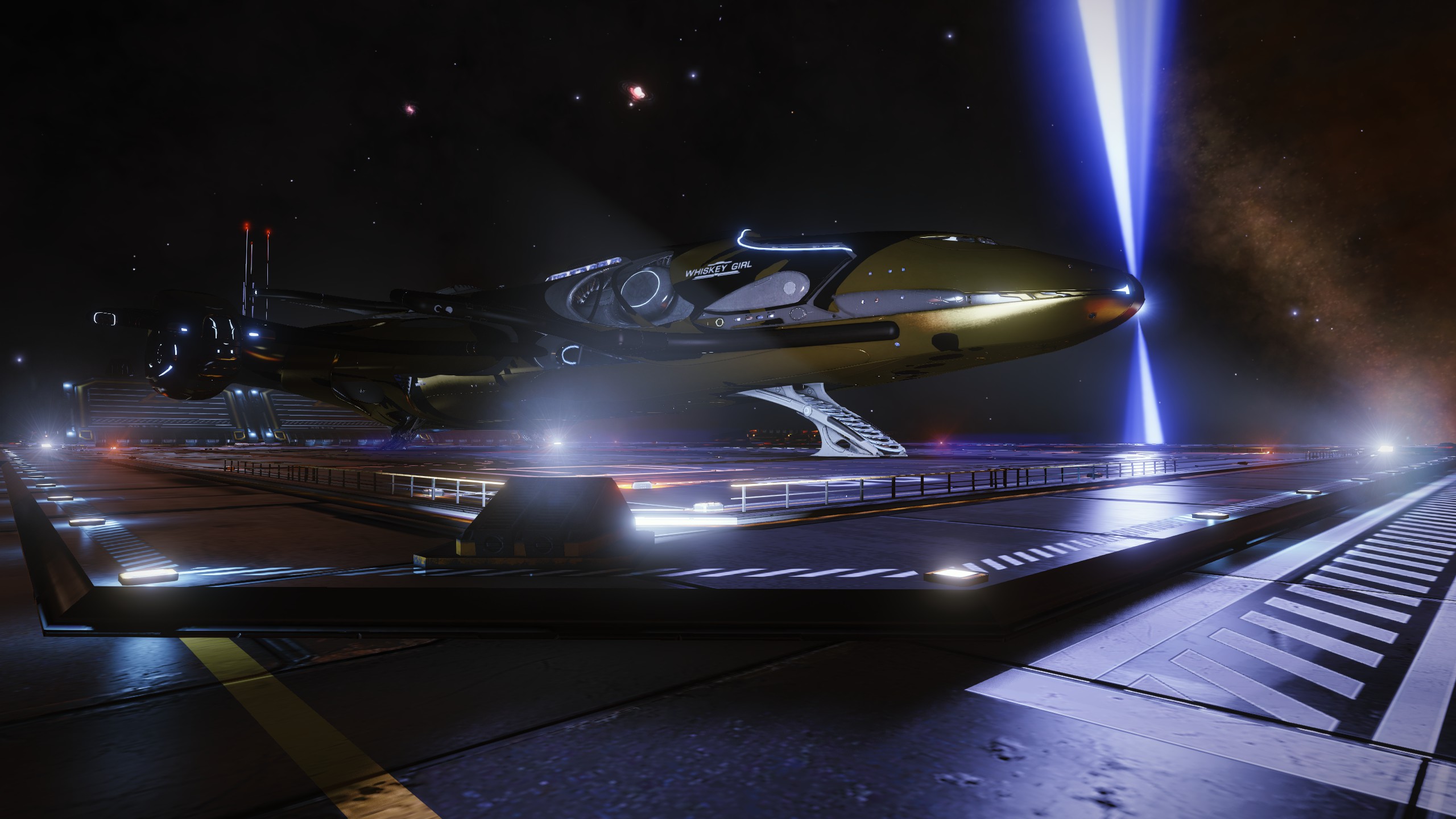 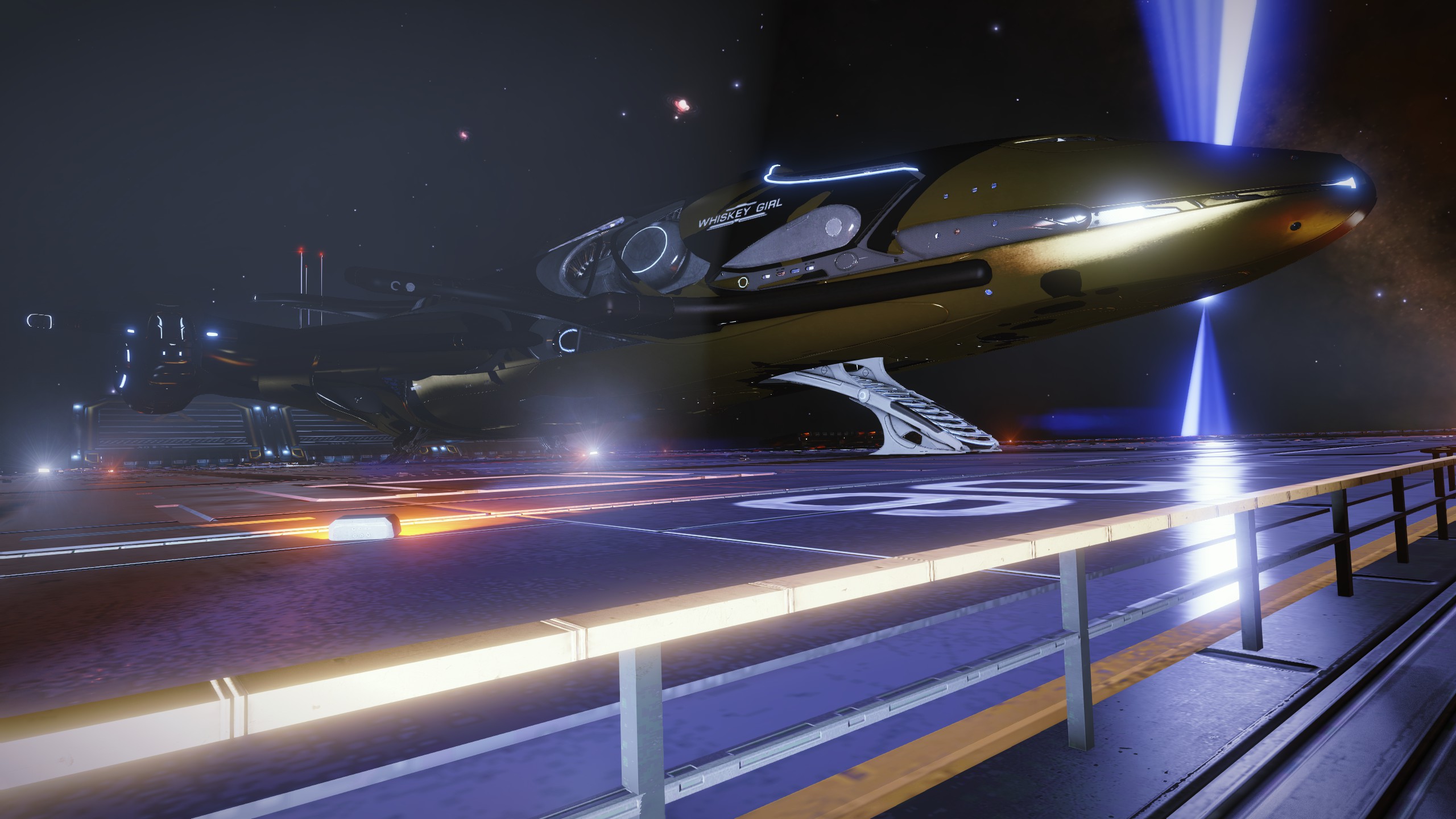 CMDR Faramir
#StellarScreenshots
When the stars are shining ... 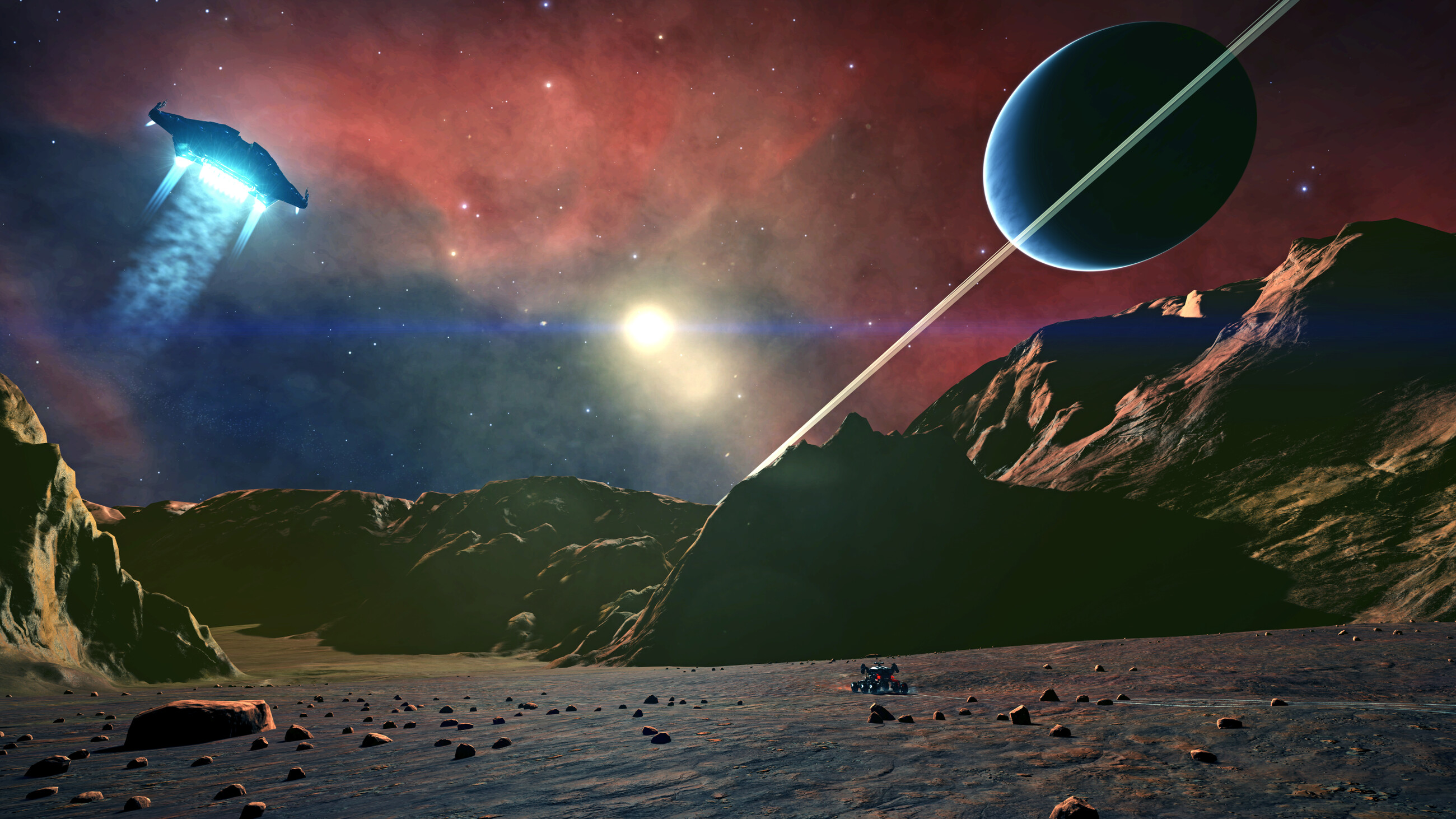 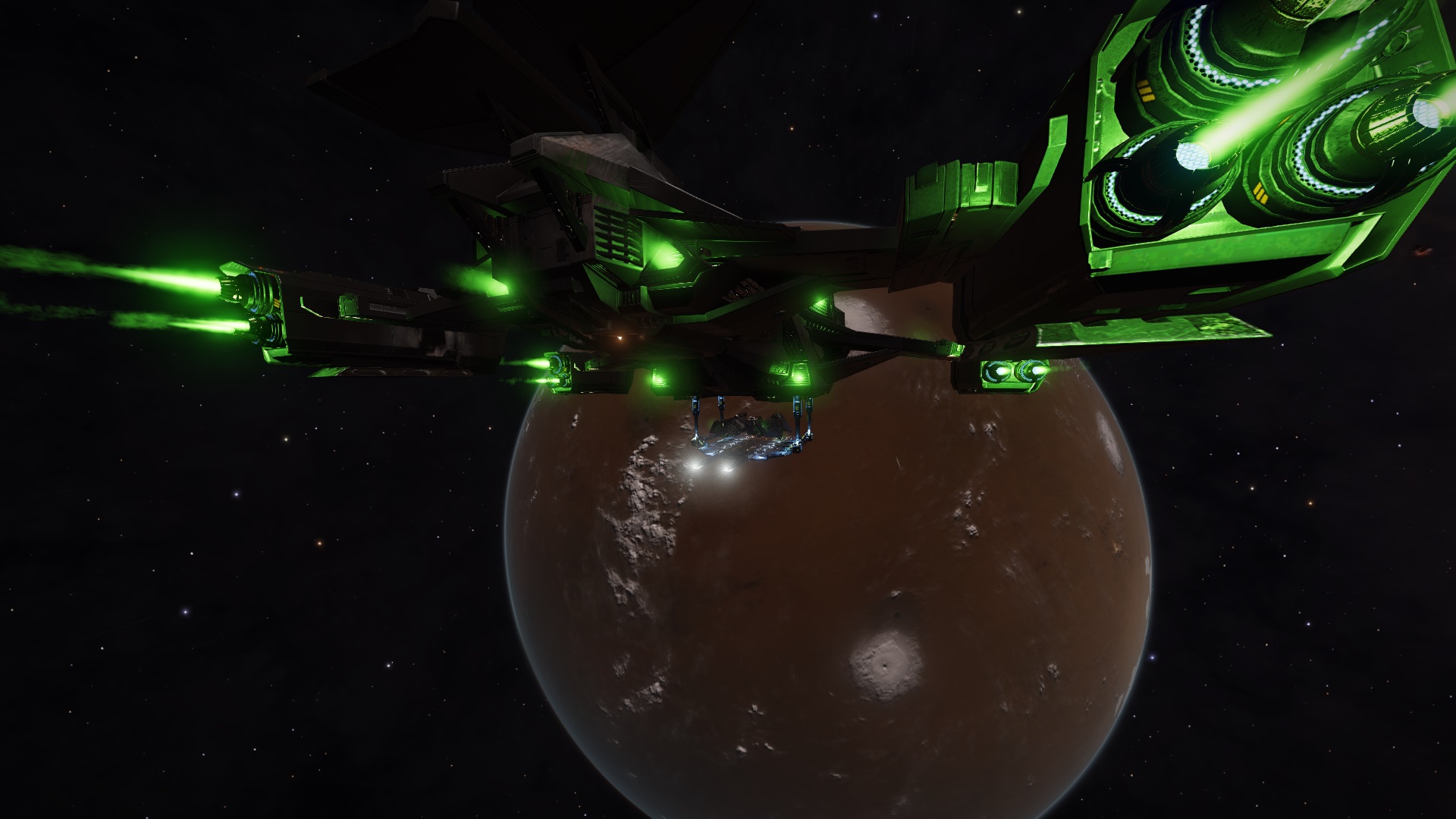 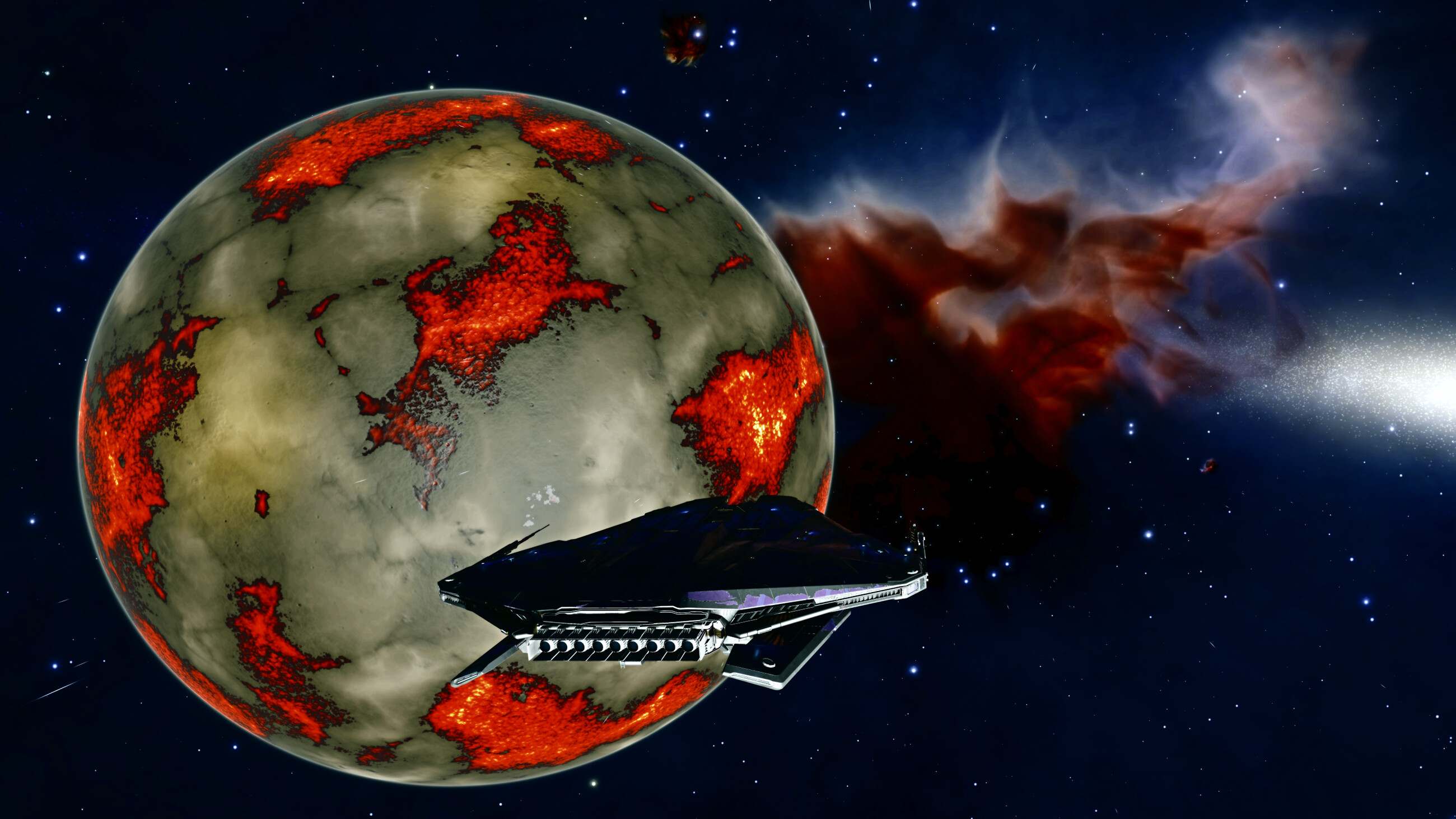 W
SYSTEM: Vegneia BK-I d9-823
A mountain silhouetted against the Veil of Inanna. 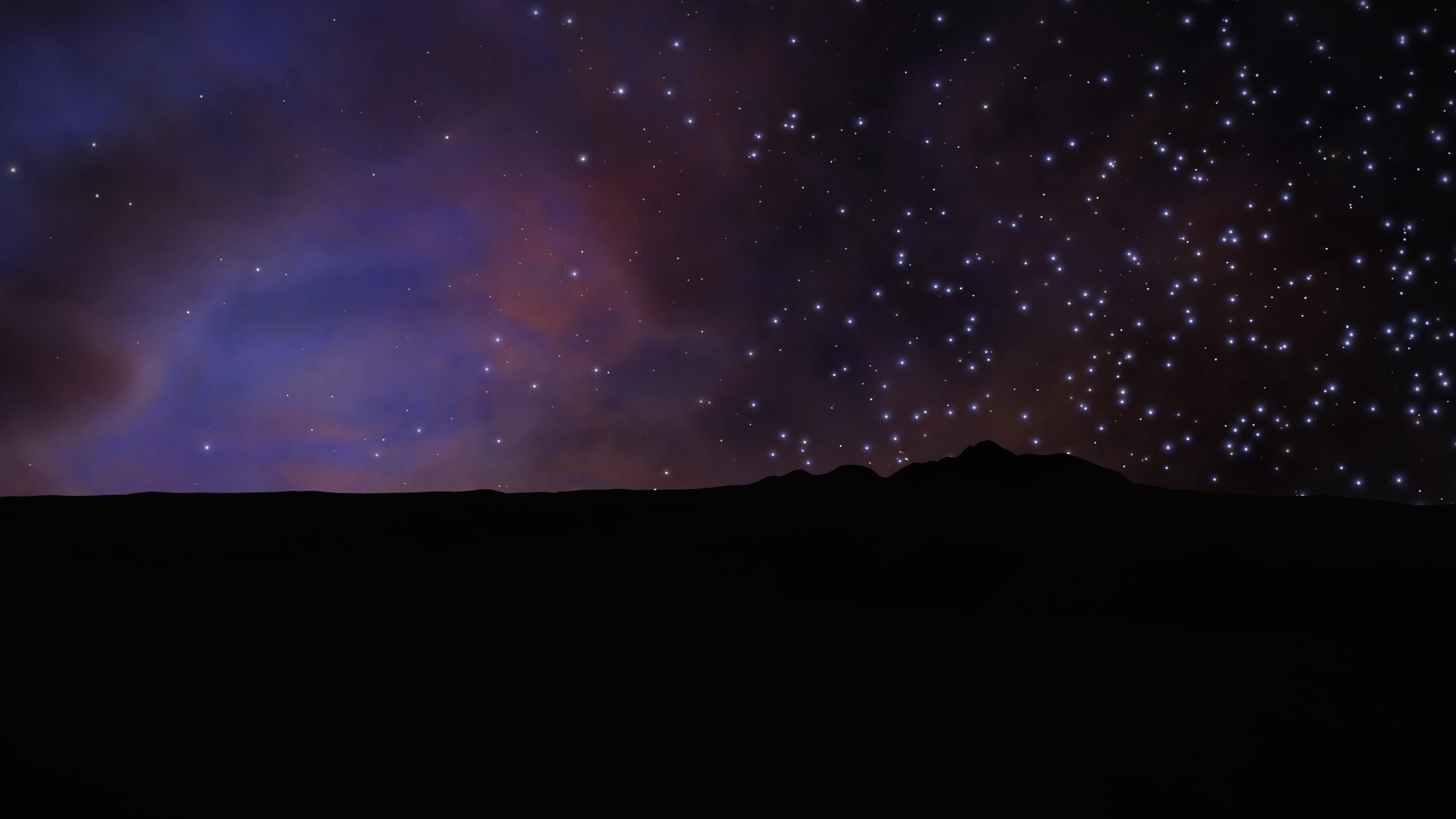 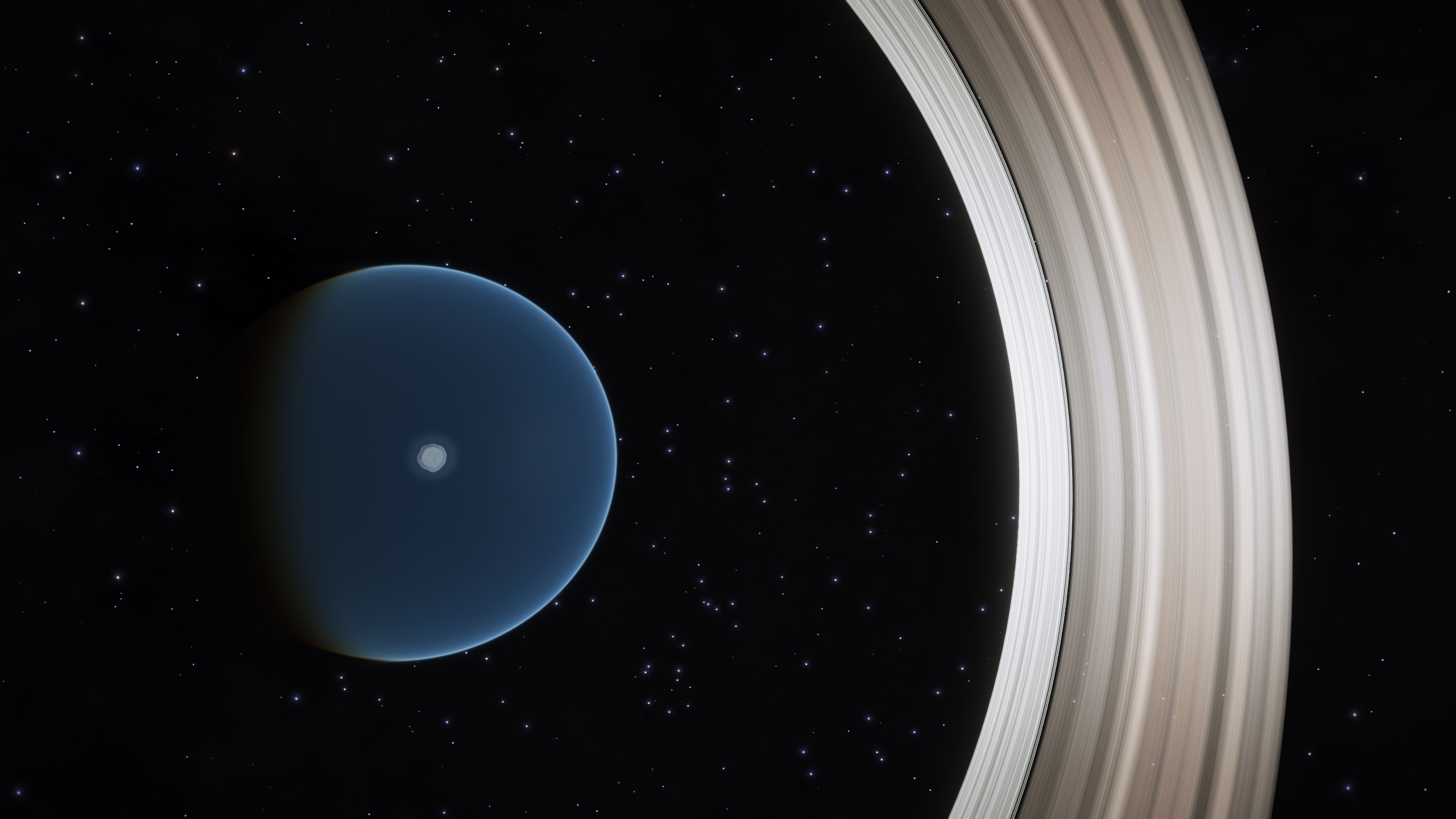 SYSTEM: Hypoe Pra ZE-A f125
A red giant and a black hole in close orbit. There is also a neutron star orbiting the red giant, barely visible across its face. 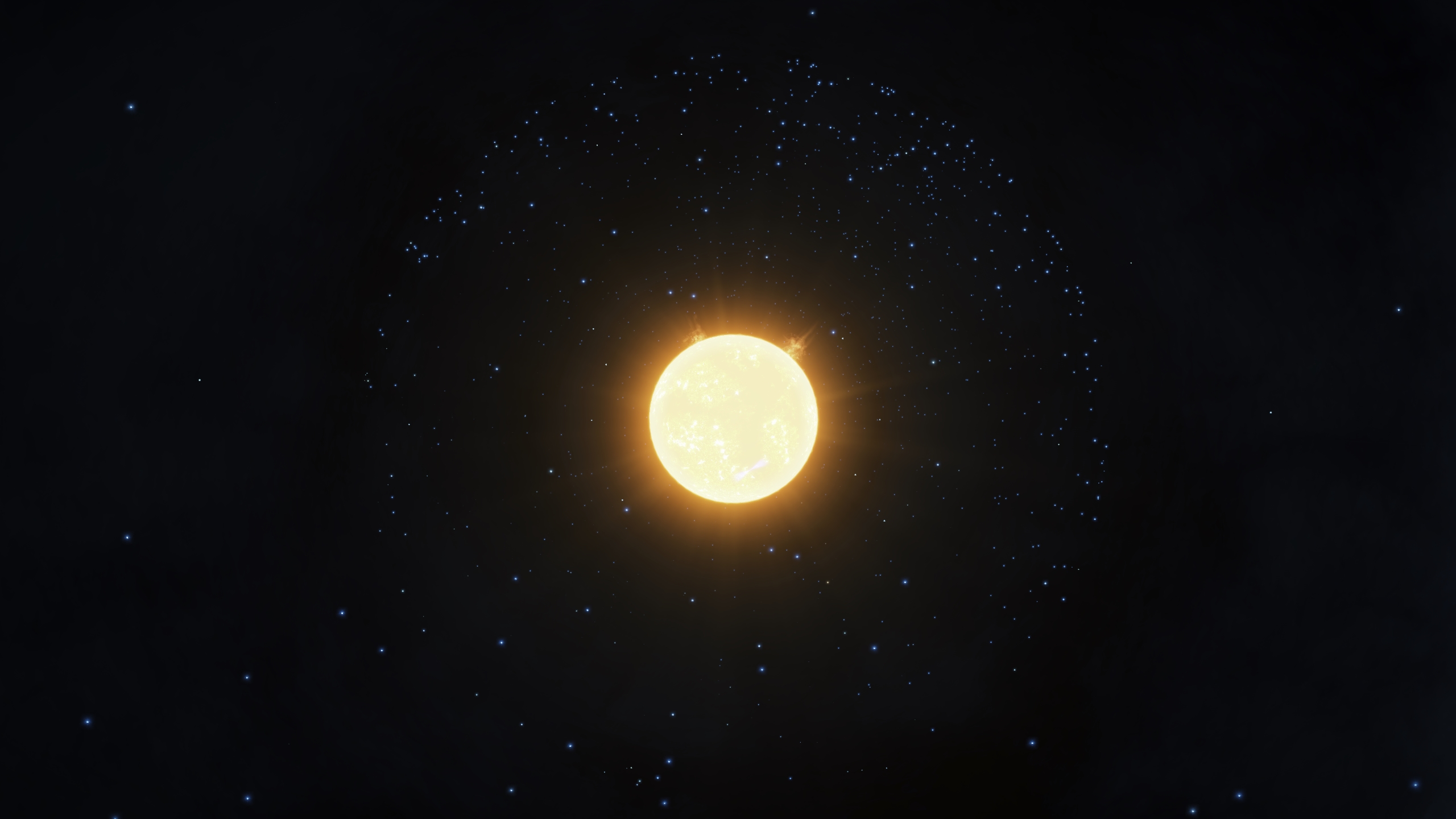 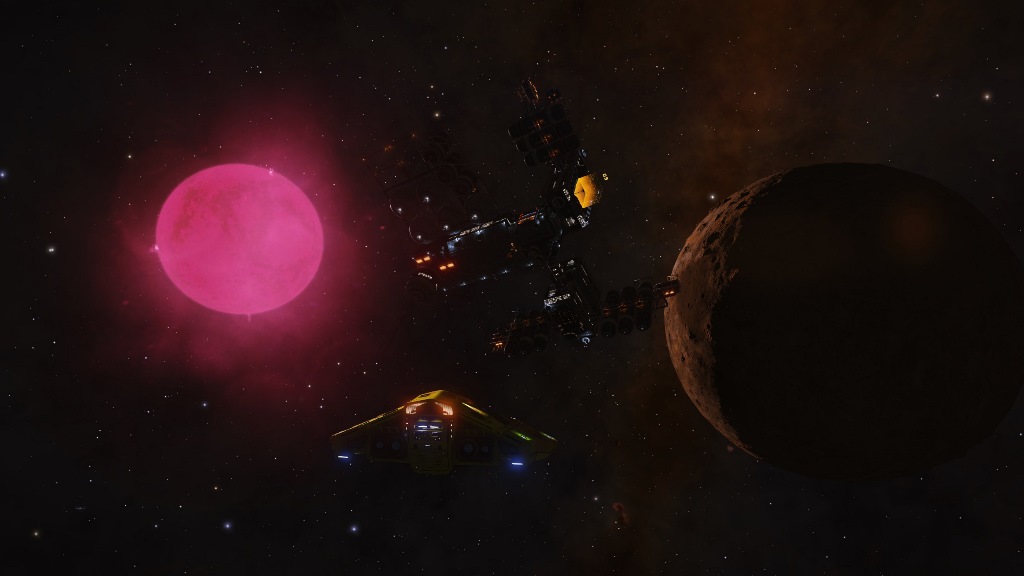 Wow! As a film noir fan, I love what you did here. I hope we eventually get some planets with precipitation when Odyssey arrives! This shot is the stuff dreams are made of... 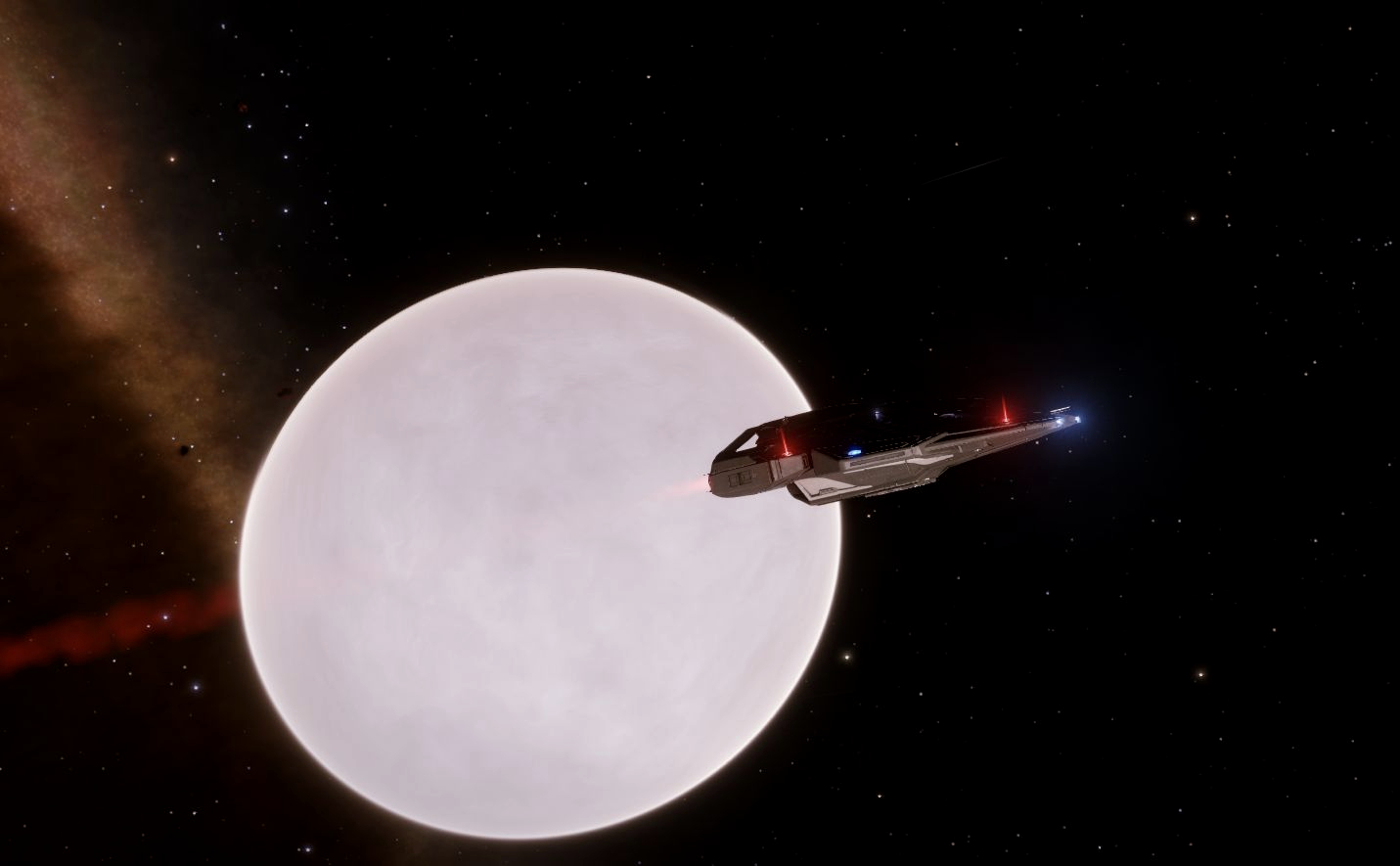 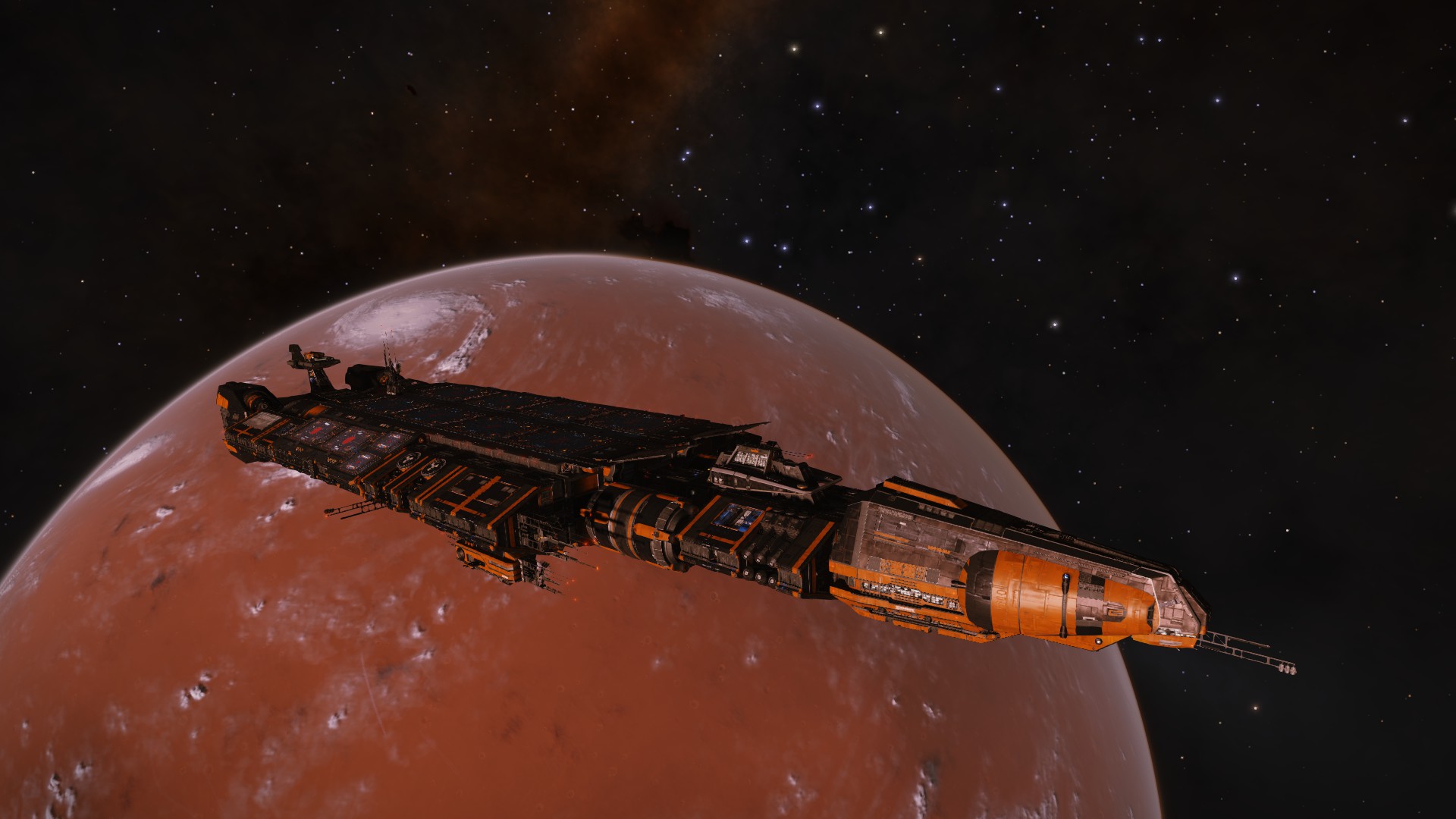