Supercruise in Solo, mine in Open

This thread is specifically for those who would like to play in Open but feel pushed into Solo by wings of gankers who chain-interdict your slow mining ships while in supercruise. There is a way to have your Open cake and eat it too. If you are mining for an hour or more at a time, why not quickly mode switch from Solo to Open when you arrive in a ring? Finding and approaching a ship in normal space is much more difficult than supercruise (which is basically "easy mode" for gankers), meaning that most gankers don't even bother trying. I've been in the rings in Borann for a couple of weeks now, and I've yet to encounter a "kill for the lulz" ganker in normal space. What I have encountered twice now is two legitimate player pirates (and one of those encounters was arranged), which is a form of gameplay that many of you actually want but don't believe exists in ED because the gankers have taken over. For the last week, I have been one of those pirates!

As a "legitimate" honorable pirate, I promise you that I will not kill you, except in self-defense if you chase me in an SLF (which, thanks to telepresense, is not killing anyone). In fact, I have defended other miners against NPC pirates. It is bad business to destroy my supply chain, LOL. I've also actually HELPED newer players with mining. I don't rob from the poor, so if you're in a Harmless Adder manually scooping fragments, I've got your back! As for the rich, my cut is small - 32 tons max. And here's the thing, I have to WORK to find you. Unlike supercruise with its infinite radar range and easy-mode interdiction, I have to visually spot you in a sea of asteroids in an area big as the ocean. That's no trivial task (but for a submariner like myself, the hunt is part of the thrill). Of course you can try to fight or run, and if you are good, you'll succeed. My pirate ship is very modest, I'm a submariner not a battleship captain. Obviously other pirates are different, so I cannot speak for them. Some pirates are battleship captains, but watch your contact list and radar (battleships tend to show up from far away), and you should be able to steer clear of all but the best pirates.

So what is in it for you? Again, this is for those who are looking for the potential thrill of true player-vs-player interaction. If you are okay with PvP piracy but fear it's dead thanks to insta-kill gankers, then my proposal may be the solution you are looking for. Yesterday I had the most enjoyable PvP encounter of my three years playing this game, down in the ring of Borann A2, and nobody died! Well, my opponent "teledied" when he piloted his SLF to try to take me out, but that doesn't count Playing cat-n-mouse in gorgeous, foggy ice rings lead to many a moment that reminded me of Star Trek 2 - The Wrath of Khan, gameplay I never thought I could have in Elite Dangerous. It was glorious, and if anyone else is looking for such gameplay, then I invite you to give my suggestion a try.

(Please make sure you are the intended audience for this post before replying. This is NOT a Solo-vs-Open thread. Thanks.)
Last edited: Apr 12, 2020

ehh .. Robin Hood 3020 version ... but nice, I like RP as is this one ... good luck! I'm using myself quite heavy armed ship almost fully engineered for laser mining so I hope should be able escape, but, well ... I use also 1. rule of evasion: avoid places where can be expected real danger to economy operations , and therefore I have no intention to go into Boran for mining.

The problem is, you can be in Open 90% of yor time, and in Solo/Group in the other 10%. Being the 10%, hot points that concentrate players, and the 90%, almost empty space. Add the instancing severe problems, and you can be a mainly open player statistically speaking, but if you think seriously about that, someone is being deceived. That is fortunate, because the C&P is not functional, there are not risk / negative consequences to the gankers, other than be hardly profitable, that is something they are not really interested.

So, short answer, Old Duck, you are wasting your time, as players know that reality, and play accordingly. But if you are having a good time, that is the really important.

N
I play in solo because I have two kids under 3 and might be "called away" at any moment.
Also because I don't like people and don't want to risk running into them.
Image unrelated (as usual). 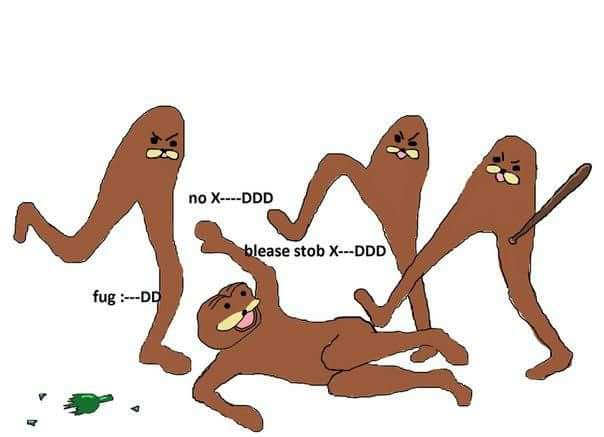 Nasc said:
I play in solo because I have two kids under 3 and might be "called away" at any moment.
Click to expand...

When I have to walk away from ED for x number of minutes while mining, I'll tuck deep into the belt and turn off everything but life support (go cold) and take my chances. If nature calls, I just imagine I'm using the loo on my spaceship, LOL. It adds to the immersion and the thrill of risk. Obviously this is different than a "stop, drop, and answer the door now" scenarios, but this isn't advice for you, but rather just a peek into my own gameplay.

Also because I don't like people and don't want to risk running into them.
Click to expand...

This thread is clearly not for you then (as stated in the OP).

Well I for one will support this initiative, as I am having fun from both points of view so to speak. I have been mining in open in a fairly combat oriented Python and hunting in the rings in a stealth ship. Make hay while the sun shines as they say ...

Happy hunting, those rings are BIG.

I'm confused...what's stopping insta gankers from patrolling the hot spots...like you did as a pirate???
If people are that worried about being ganked in SC then I am assuming they would be equally worried, if not more worried, about being ganked with a hold full of LTD/VO after 2 hrs mining.
I personally only ever play in open, 100% of the time, so I simply wouldn't risk mining in Borran at the moment...I'd go to my "quiet" gank free double VO hotspot in the bubble. Borran is not worth the risk imo.
PLUS...Since they revealed how FC's would work I'm done with mining for the time being

Wokawidget said:
I'm confused...what's stopping insta gankers from patrolling the hot spots...like you did as a pirate???
Click to expand...

My enormous statistical sample of I think 5 so far does not have any gankers in the rings.

CaptainPugwash said:
My enormous statistical sample of I think 5 so far does not have any gankers in the rings.
Click to expand...