Thargoids attack even at opposite end of the human "bubble" now! 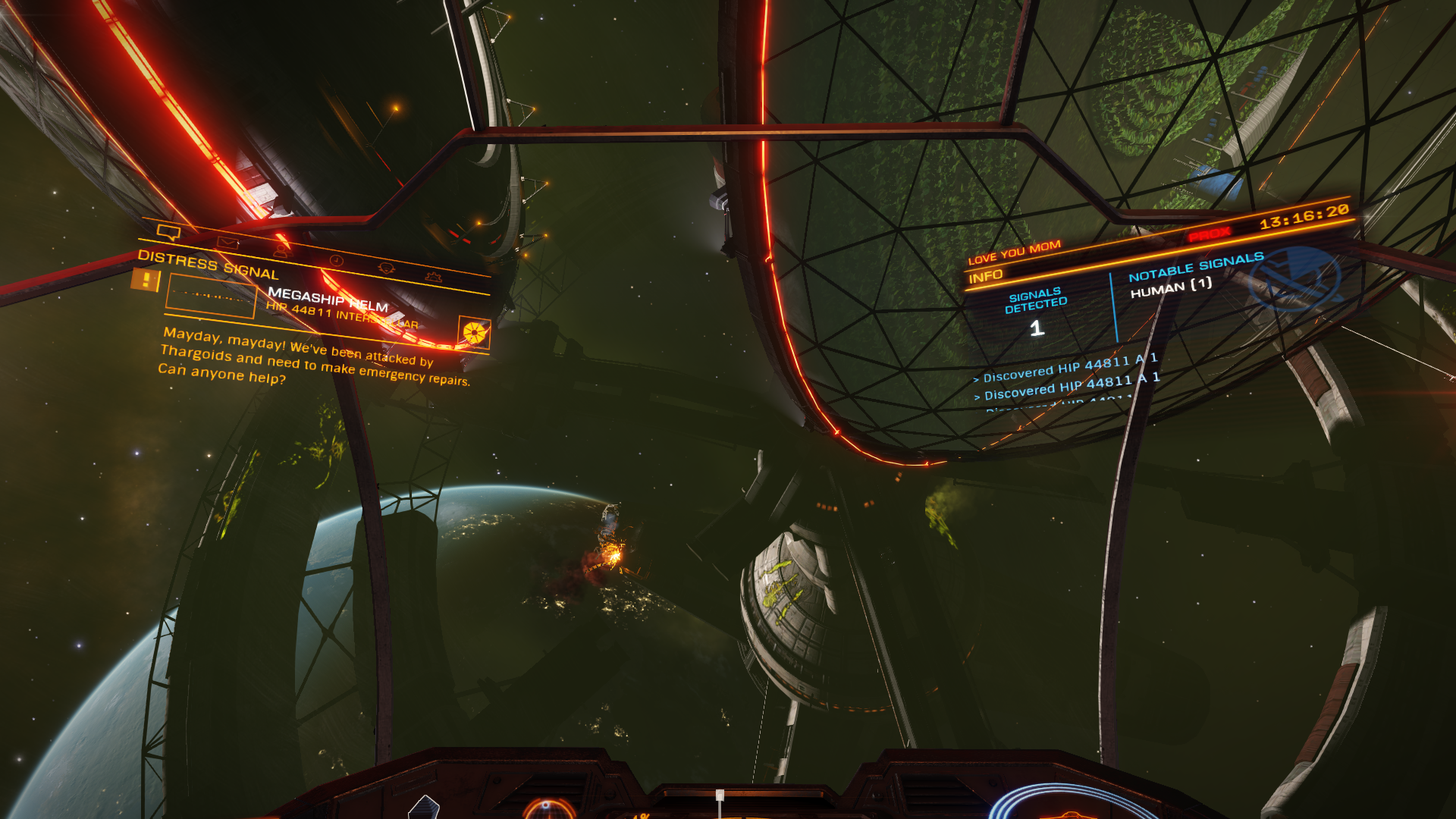 Brave unarmed explorer CMDR Pirjo Suoyrjö encountered agricultural Megaship distress signal that had just been attacked by the Thargoids, reported no enemy activity in scanners and set out to investigate damage done.

Then she settled to focus on taking pictures and video, did not pay attention to scanner and her surroundings, and almost immediately after that photo were sent she reported of Thargoids attacking on Megaship again and also receiving massive shield and hull damage herself.
And that were the last we have heard of so far.

I have personally been dragged out of jump by the Thargoids before, and as I had done nothing to them and were even unarmed each of those times, they just left me alive after taking out my power and scanning me. Now that seems to have changed and even Harmless status unarmed explorers are at risk.

HIP 44811 is at the opposite end of the Human "Bubble" from where Thargoid attacks have so far mostly been, so it seems Thargoids have become more of a threat to whole humanity now more than ever, and we have no realistic hopes of seeing brave pilot that documented this alive and healthy. May she rest in peace.

its part of the script for the attacked megaship, there are 2 scenarios

M
Thank you for explaining this, I have left Thargoid be the problem for faction navies and militaries, that is why they are there for.

Oof. That was attacked weeks ago. Go to Galaxy Map, set your filters to see damaged and repaired station to see where Thargoids were succesfuly active. A lot of systems got defended but some of them don't.

do you rember what "State" the system was, found only 1 megaship with that conditon was in RNK 6 or. But didn´t check the sate , although didn´t search for other. Btw. there are so mutch thargoids dropping in no chance for a non anti thargoid ship.
You must log in or register to reply here.
Share:
Facebook Twitter Reddit WhatsApp Email Link
Top Bottom