I definitely need to get better at landings. And approaches. And jump faster.

*looks at those who have challenged for the bottom

Will be my first buckyball space race. trying an imperial eagle and probably the hauler too.

I've just posted a slight improvement on my first run, but this race can be brutal - I had a run earlier today where everything went perfectly, until I was coming back on the last leg to Conway City and it slipped behind it's celestial body - I got caught in the gravity well and lost what seemed to be hours

Thanks to all who have organised this - hope to see some other racers through the week!

Just run clockwise and there is one jump obscured... Counterclock is clear... (times crap... brutal overshooting)

Darkwolf_GR said:
Will be my first buckyball space race. trying an imperial eagle and probably the hauler too.
Click to expand...

I should suggest a ship with more than 54ly jump....

I`m here and running..gl all.

Inodoro Pereyra said:
I should suggest a ship with more than 54ly jump....
Click to expand...

E
It's been a busy day, especially in Unlimited but first up is the day in Regulation Hauler, where CMDR Captain-MD has claimed first place by a margin of less than two minutes in his new, un-named Hauler. With some very aggressive fuel scooping and impressive supercruise approaches and lithobreaking, this is going to be a tough time to beat - or are there more tricks yet to be played! The new ship was melted as much as the leaderboard by the time he'd finished but who needs life support when you're in the Bubble anyway!?

The bulk of the activity today was in Unlimited. CMDR JCB_Digger made an improved run that sees him place in the middle of a group of CMDRs with very similar times. Very similar times! The Seven League Boot is less than ten seconds ahead of the only Hauler in Unlimited, flown by CMDR Bob Dubrovnik, who is expecting heat in the Chicken Chilli Masala. Just over ten seconds ahead of CMDR JCB_Digger is an entry from a newcomer to Buckyball Racing and an impressive time it is for a first effort, with CMDR Shaye Blackwood showing what the old favourite Asp Explorer can do, with the Caranwen looking cool and making some good pad approaches. CMDR UmbraRex has entered one of two Imperial Couriers, bringing the Goezfasta round in a time just over the half hour mark. The Krait Phantom The Menace Phantom was flown by CMDR Sulu, still in its combat fit, so room for improvement, with a time over twenty minutes. The fastest time of the day goes to CMDR Inodoro Pereyra in his Dolphin Nyiragongo, less than twenty seconds ahead of his nearest competitor.

My apologies to CMDR Bruski, whose entry in the Imperial Courier Varangian Lightning arrived just too late for me to include (I'm short on time this evening, due to an early start tomorrow, so I'll put it in tomorrow's update). This was a fast run that would have claimed 2nd place on the current Unlimited leaderboard.

So far everyone has run clockwise but the planetary alignments will change over the week. It's also worth noting that the distance to Armstrong Platform will also change due to the highly eccentric orbit, though it may only make a few seconds difference - but that might be crucial!

Well done to every who has taken part and welcome to our new participants! Fly fast and have fun! o7
(I'll see if I can get the cooling sorted for the display, either today or tomorrow another digit might start working...)

Intent to run and burn. I like what I'm seeing so far.
I'm afraid I won't have all the time I'd like to have this week, but hope to be able to put at least a couple runs in. 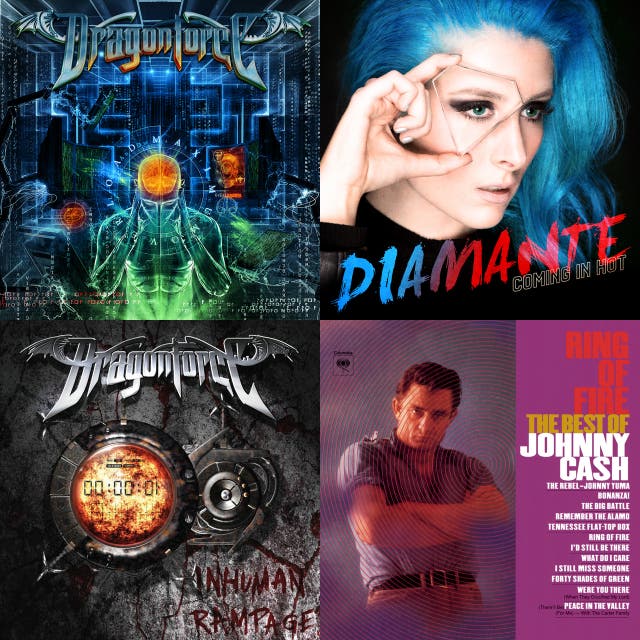 Lava Loop, a playlist by Nick Ruedig on Spotify

A playlist featuring DIAMANTE, Johnny Cash, DragonForce, and others

open.spotify.com
I currently select a favorite song at the start of my run and then letting it go wild on "shuffle", so there's no particular order. Wide variety warning.
Last edited: Nov 18, 2019

Intent to melt into lava:

Alec Turner said:
And so it begins ...

I'm glad to see SRV campfires on Pomeche aren't enough, you're now starting to set them inside stations too!

I am going to be doing this run again tonight. I tried it a couple of time yesterday... yeah blooper reel for real. lol...
You must log in or register to reply here.
Share:
Facebook Twitter Reddit WhatsApp Email Link
Top Bottom