NOTE: although a certain amount of route planning is still underway this thread has now largely been superceded by the official launch thread for the expedition over here: The-First-Great-Planetary-Expedition


Welcome to Kumay in the Chi Herculis system! 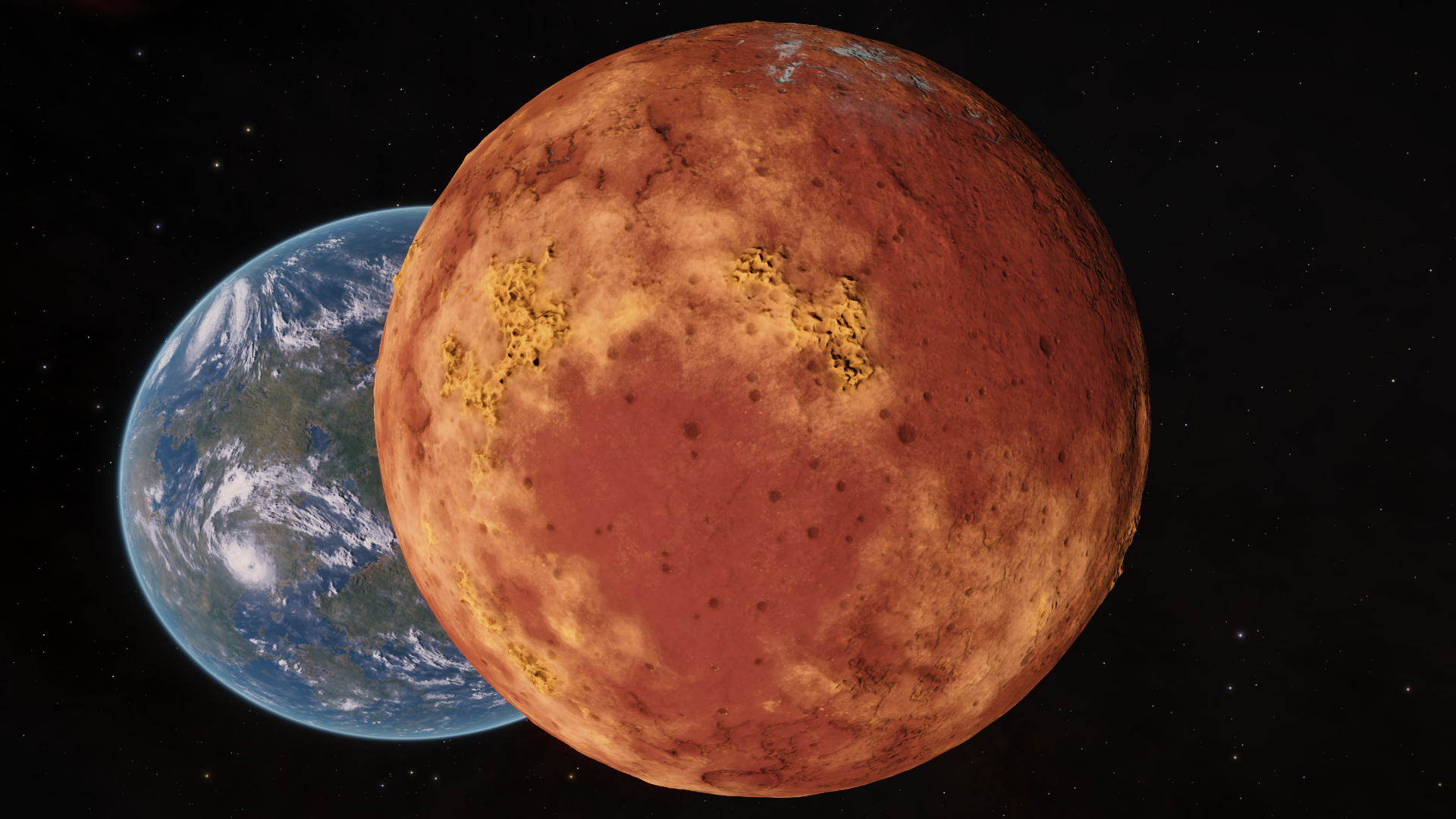 With a radius of 605km, a circumference of 3,801km, a gravity of 0.08g and an orbital period of 0.2 days - this is the location that's been selected for our group planetary circumnavigation expedition (you can read about the selection process here) - tentatively titled "The first great planetary expedition".

The plan basically is for a group of adventurous commanders (around 20 at the last count) to loosely circumnavigate this world in their SRV's. I say loosely because, unlike many other circumnavigations (which you can read about here) the plan on this expedition is to choose a slightly less direct route around the world which will take in some of the many wonderous sights to behold.

And that's where this forum thread comes in.

The aim here is to chart some of the best features this fantastic moon has to offer and to then try to string as many of these as possible into a circumnavigation route. As well as scenic wonders we also have a large number of volcanic POI's to choose from, a planetary base (Bridger Town) and a fairly large settlement (O'Donnel settlement). The route we choose will almost certainly take in the two human habitations but otherwise the world is our oyster.

My initial thoughts on the route are that it should head in a roughly Easterly direction (in order to take best advantage of the movement of the local light source and the spectacular Apasam earthlike body which looms large in the sky). That said, many of the best topological features seem to connect in a North/South direction and we should definitely try to visit one (if not both) of the polar regions for their fantastic colouration and beautiful ice regions.

This is going to be quite a challenge!

For starters at least tho' let's not worry too much about a route and concentrate on simply charting the best features. Once we have a whole load of them we can then try to pick a route through them (no doubt skipping a lot in order to avoid the length of the journey spiralling out of control).

I've created a spreadsheet for recording your finds over here: https://docs.google.com/spreadsheets/d/1bK_AA8bMIoLzvtL6fRC4hYzUrnwlzGN18MVRZ04kQR0/edit?usp=sharing

And, thanks to some research by Nick Sticks, we now have an Interactive 3D map of Kumay onto which I'll be transcribing everyone's finds.

Here's an animated version of the map as it currently stands:

Oh, and if you're new to thread and haven't been following the planet selection phase of the journey linked above (which I urge you to read as it contains some great screenshots and videos and will introduce you to some of your fellow explorers) then welcome and yes, if you're interested then you can of course sign up and join our crazy band of explorers.

The current rosta stands as follows:

The best way to chart the planet's features is to orbit the world in low altitude supercruise, looking down to the planet for things that catch your eye and across to the horizon for notable mountains (although this is not an especially mountainous world). Once you spot something it's important to fly down to it, land and test the terrain at ground level in the SRV (appearances can be very deceptive and what looks doable from the air can be treacherous at ground level tho' equally, what can look somewhat uninteresting from the air is often spectacular at ground level).

Obviously at any given time half the planet is going to be in the dark. One of the reasons we've chosen this particular world is because it has a fairly rapid day/night cycle. So focus on the half that's well lit and come back another day to chart the other side. Scenery often looks at its best in half light, just on the day/night terminator so it's often worth checking your locations under those conditions. Another exciting feature of this planet is the ability to chase lengthening shadows across the ground (which travel along a roughly 90° heading).

Once you've found a feature think of a name for it (see the spreadhseet for examples), take some beauty shots of it and also take a coordinate screenshot for your own reference when filling in the spreadsheet later. 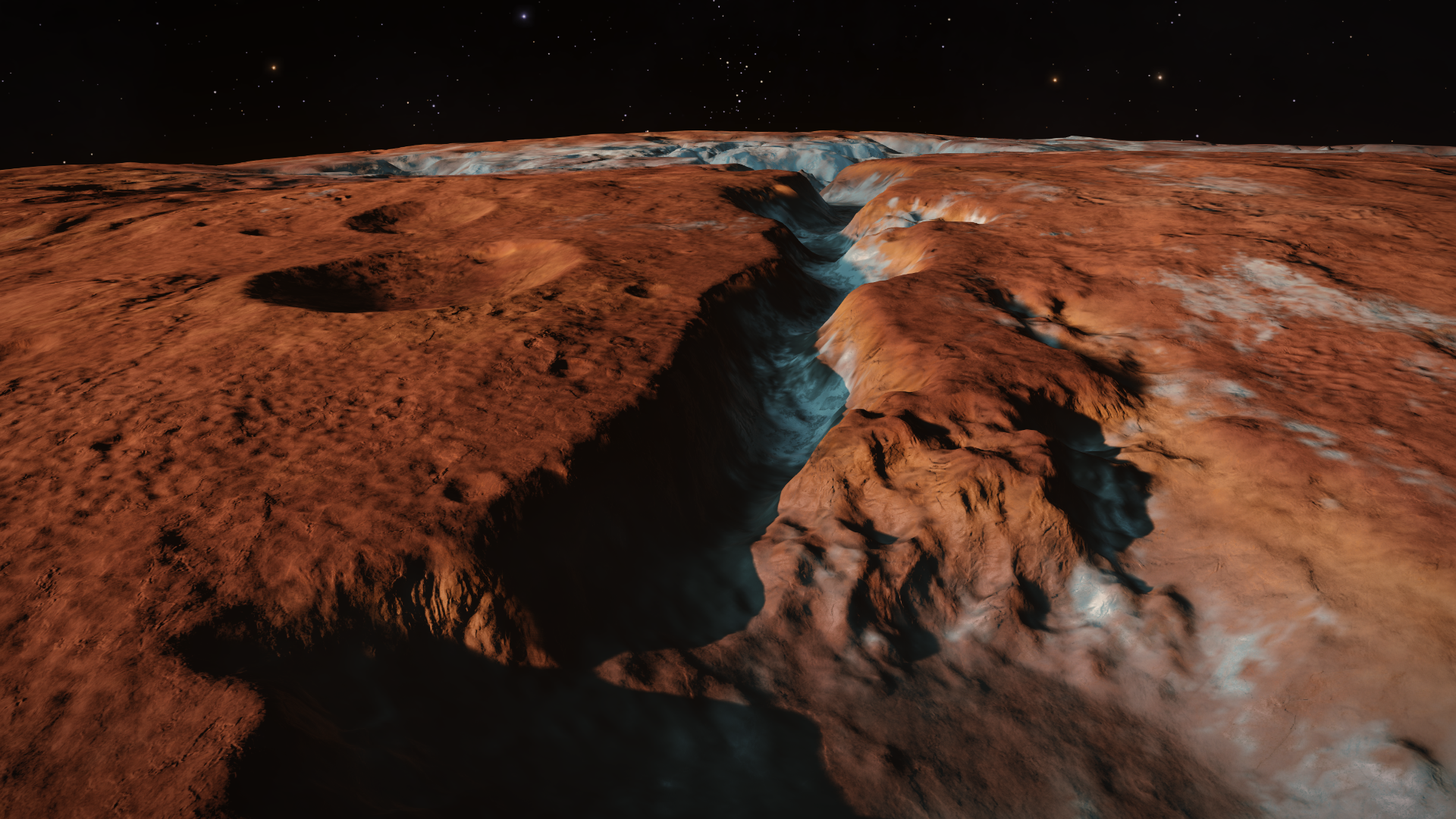 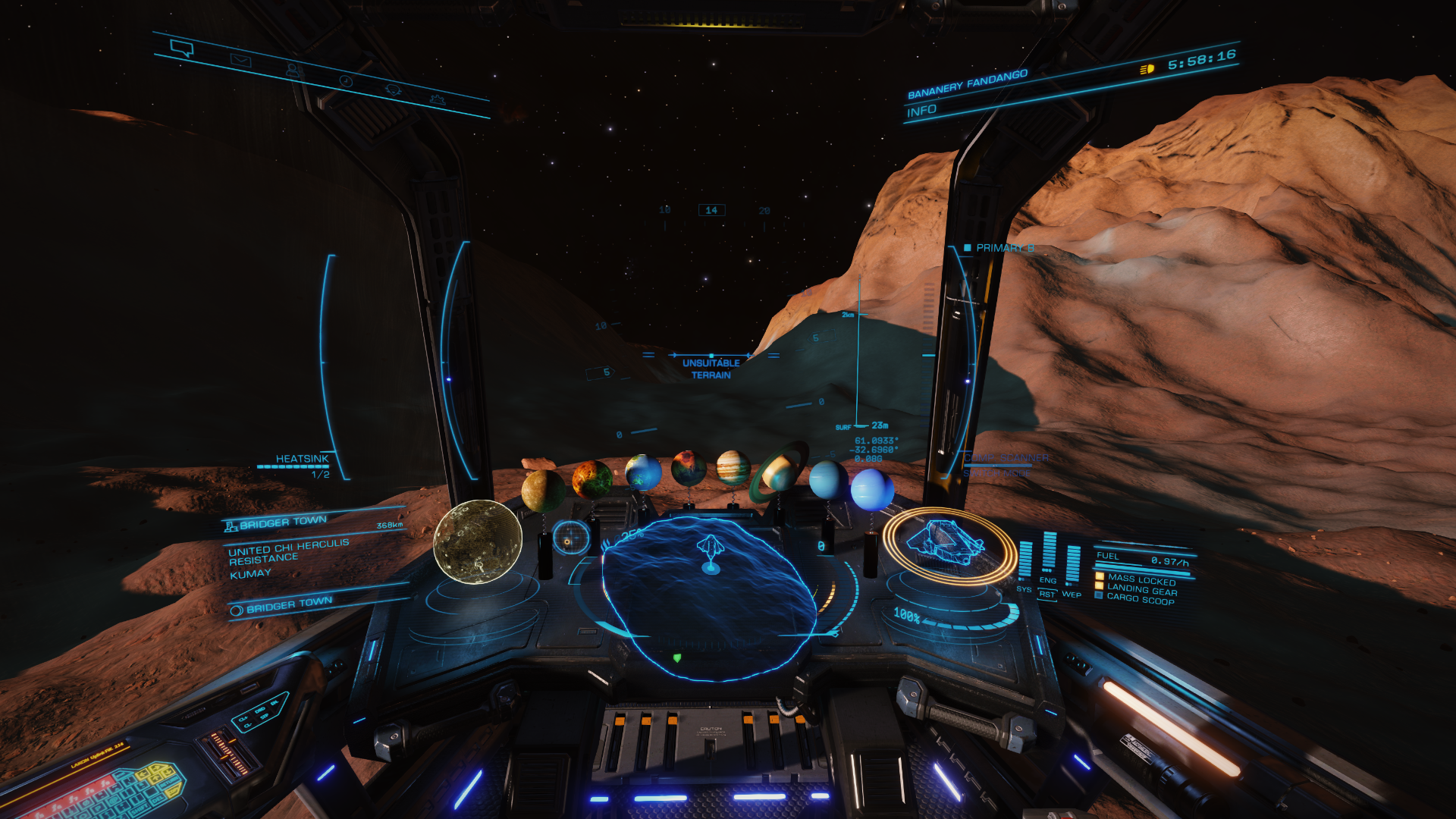 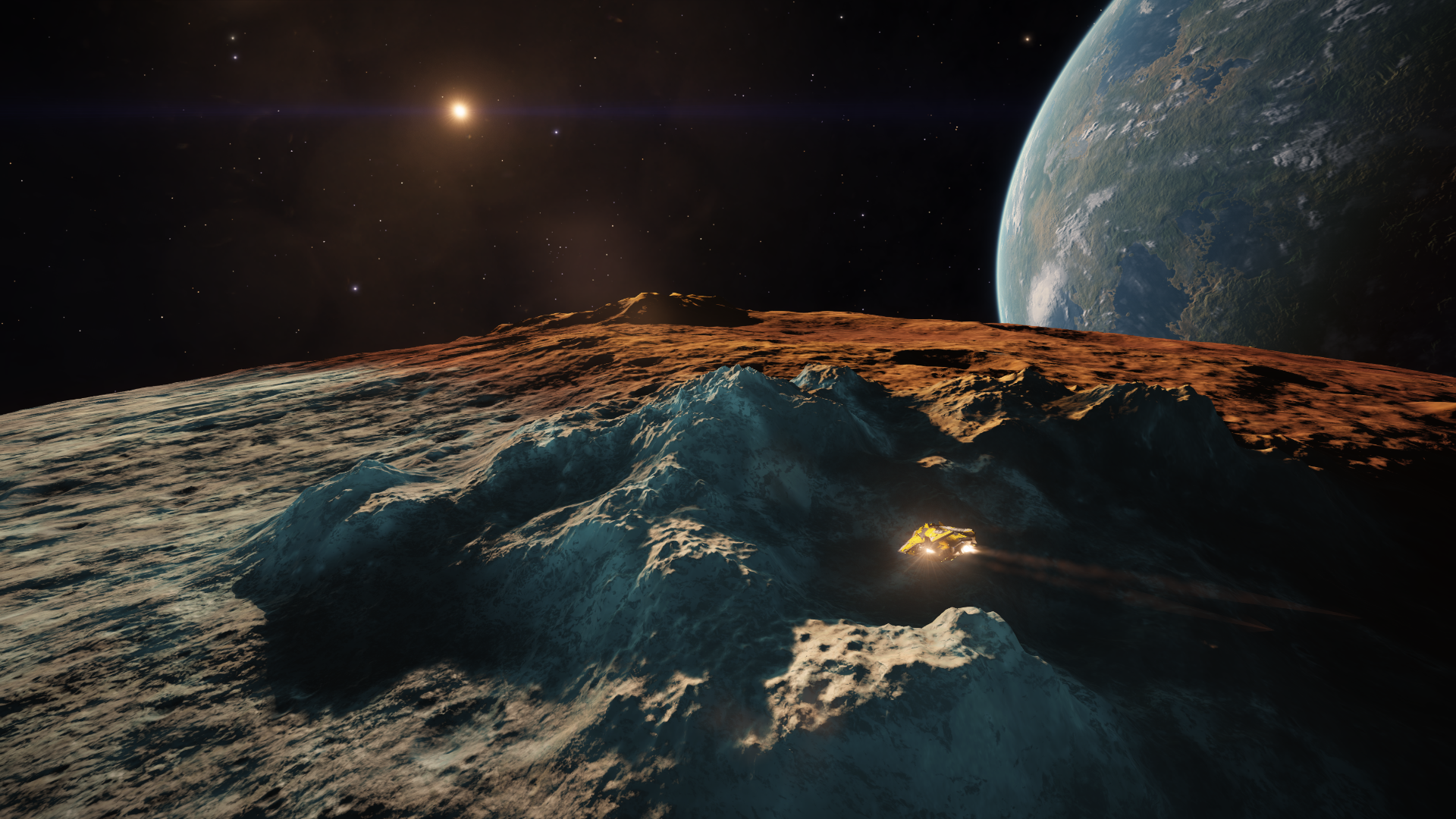 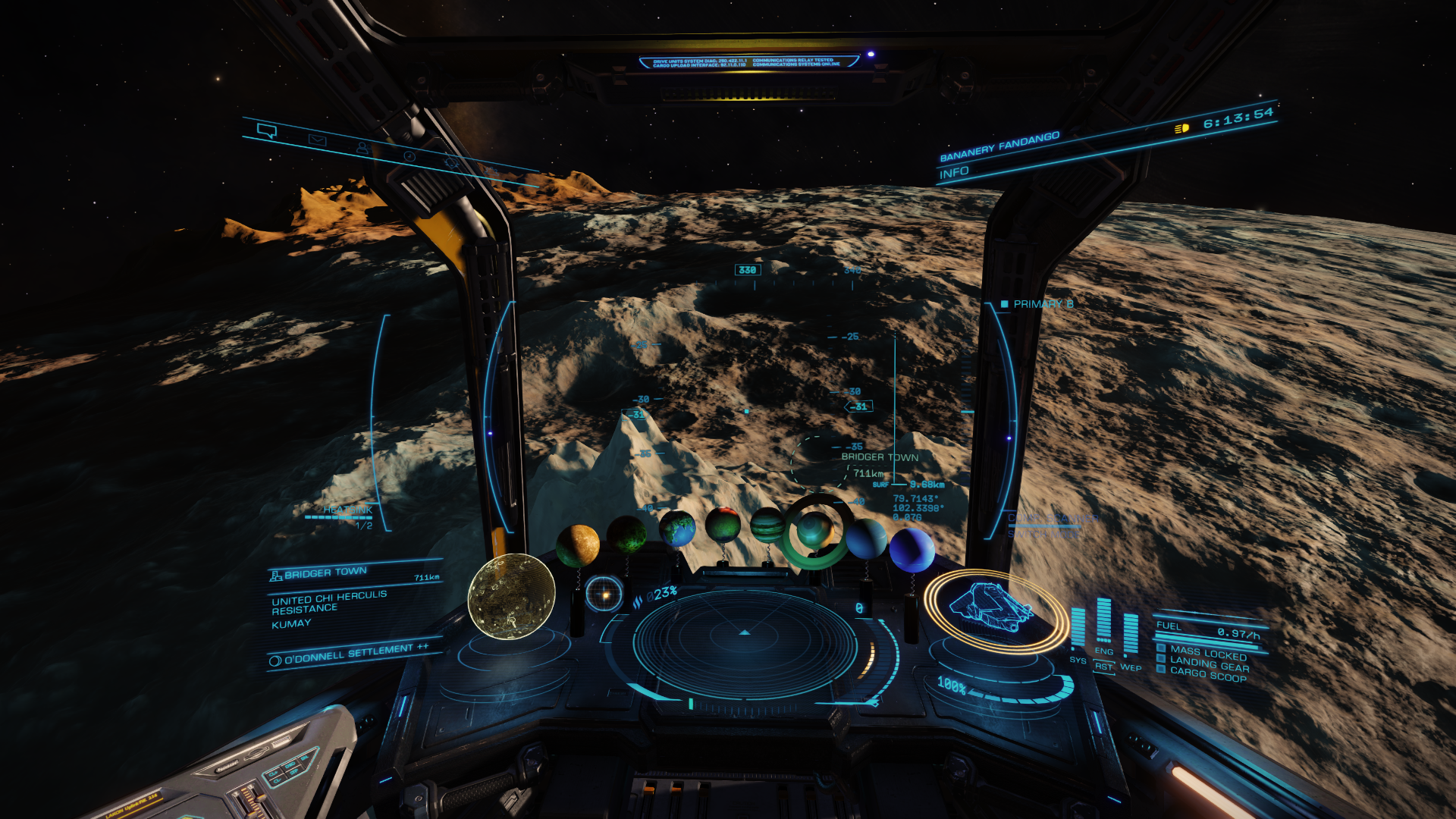 Join us on Discord!

I'll head over tonight with my alt as Jonas is near the core with DW2.

I have the lurgy - so am at home from work for a couple of days. I'll get on over to do some scanning later on today (when I feel up to strapping the rift on to my stuffed up head).

Been wondering how on earth I'm going to go about mapping the waypoints on this moon and charting a three dimensional route around its globe.

Just had a stroke of genius!

We have a route planning channel on the newly created Planetary Circumnavigation Club Discord server!

Not sure if we could use this?
https://www.maptoglobe.com/

Nick Sticks said:
Not sure if we could use this?
https://www.maptoglobe.com/
Click to expand...

Looks potentially amazing - although I'm struggling to just get a simple globe with lat/lon lines at the moment (seems slightly flaky ... or slow maybe?).

Edit: interesting, with a bit of time and effort this could be REALLY useful!

That 3dglobe looks promising.
I was just thinking how we could map Kumay.
Anyway, I did this as a start before this 3d revelation, to have some kind of visualization where the POIs are : It would be great if we could somehow capture the planet's texture from the memory buffer (or something)
Last edited: Feb 26, 2019

Alec Turner said:
Blast - now what on earth am I gonna do with 20m diameter polystyrene ball! [haha]
Click to expand...

Looks like you're going to have to have an old fashioned cheese and pineapple on sticks party! 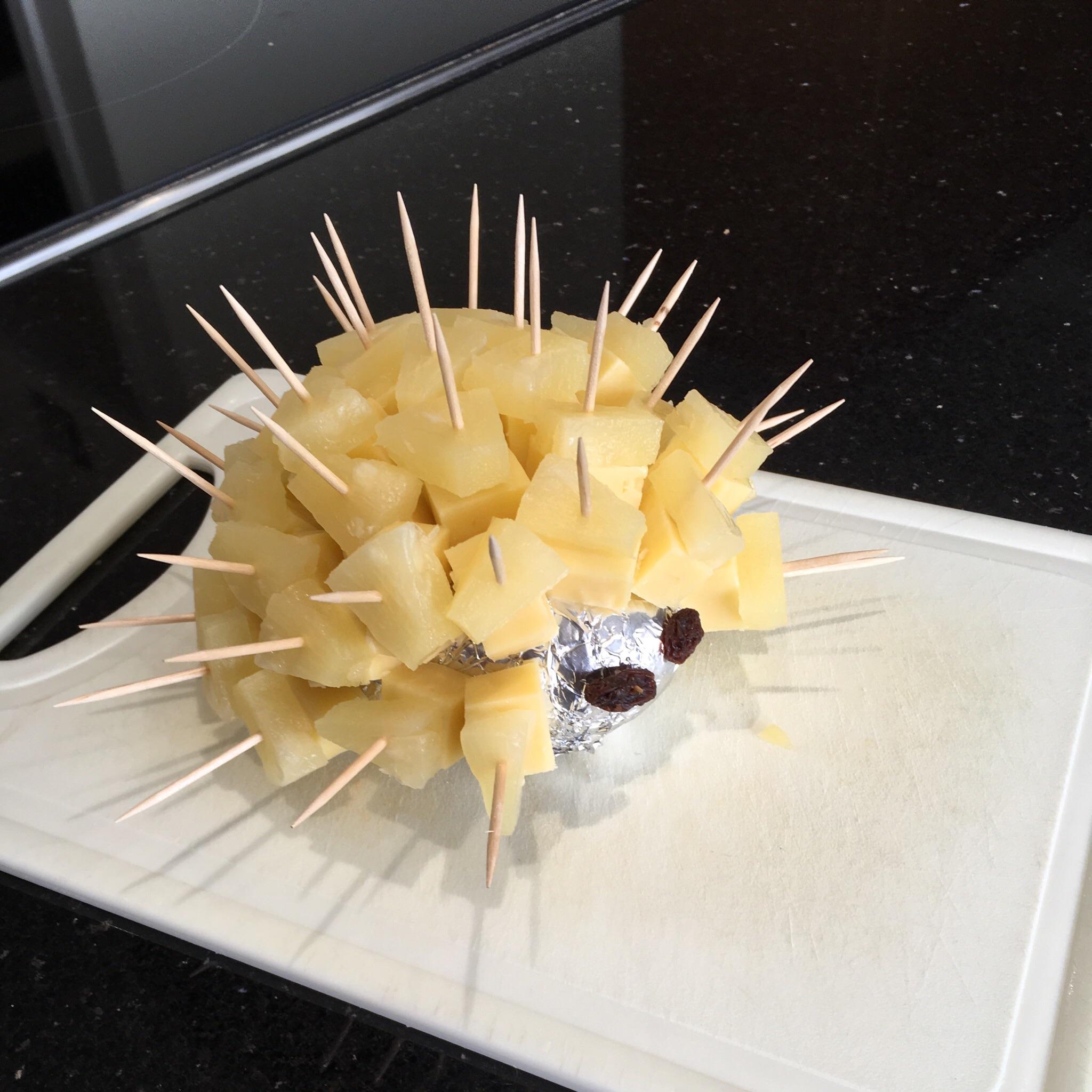 Florenus said:
That 3dglobe looks promising.
I was just thinking how we could map Kumay.
Anyway, I did this as a start before this 3d revelation, to have some kind of visualization where the POIs are :

It would be great if we could somehow capture the planet's texture from the memory buffer (or something)
Click to expand...

This is AWESOME! I think that 3D revelation of Nick's may be the way to go. Getting planet textures would be a major plus but even without it we should be able to create a flat rectangle surface image with the major features, fumarole sites and human settlements marked on it. I think that tool may definitely be the way to go.
Last edited: Feb 26, 2019

Just wanted to say Hi, introduce "us" as we're kicking around some ideas with Alec at the moment around filming some of the significant moments from this epic endeavour. Very exciting

Edit: interesting, with a bit of time and effort this could be REALLY useful!

Blast - now what on earth am I gonna do with 20m diameter polystyrene ball! [haha]
Click to expand...

I had a quick look at that yesterday, have been struggling to find a way to get screenshots into an equirectangular format so it can be mapped onto the sphere. Anyone know any good filters for Gimp?

- Take a pair of screenshots with each half of the planet (split horizontally). Then do it again split vertically. That should give us an OK 2D view of the surface to plan against, one hemisphere at a time.

The elephant in the room would be Planetary surface way points that players could create. Next big holiday is Easter, so maybe the Easter Bunny could deliver that. All joking aside the 3D globe thing looks like it had potential. If we dont worry about trying to get actual planetary features on and just create labeled way points using coordinates that should help to create a route I would assume.

I could easily see a 3800 km (circumference) turning into a 5.000 km route. Just remember, Columbus, Lewis and Clark, Magellan and many other did a lot more with a lot less..lol

As I start to fly around Kumay looking for nice places to land I'm becoming increasingly aware that it may have been wiser to pick a smaller world 'cos we could easily double the circumference just zig-zagging all over the place. Oh well ... this hasn't been attempted before afaik so it's a learning experience for the whole ED community.

Caliber_az said:
The elephant in the room would be ...
Click to expand...

Did someone say, "Elephant"

I'm about 300 jumps away from the bubble at this point. Buckyballin it back, so hopefully I will be there to aid in the search for neat spots in a day or two. My i-Courier is falling apart on me so fingers crossed I make it there without incident!

Old Duck said:
Did someone say, "Elephant"
Click to expand...

LMAO - do you have a background software daemon running which constantly polls the forum for the word "elephant"?
Last edited: Feb 26, 2019

Old Duck said:
Did someone say, "Elephant"
Click to expand...

Alec Turner said:
LMAO - do you have a background software daemon running which constantly polls the forum for the word "elephant"?
Click to expand...